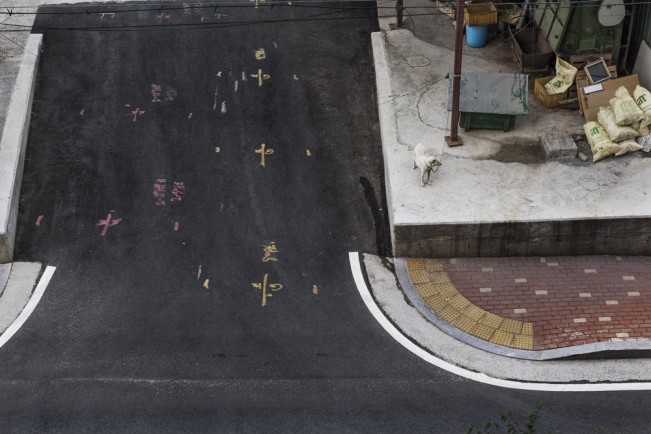 It is with pleasure, appreciation, and excitement that we share a week of Korean photography, from emerging and established photographers, guest curated by the very capable Hye-Ryoung Min. A big thank you for her efforts and insights this week and we start by Hye-Ryoung Min’s analysis of photography in Korea and then feature one of her new projects.

Being a South Korean photographer who lives and works abroad, it was a challenging and yet very interesting challenge to come up with a list of Korea-based photographers whom I admire.

Photography is a bit of newcomer to my country’s art market, which until recently primarily interested in painting and sculpture. Growing up, most photography was black and white documentary work by postwar generation photographers.

When I left Korea in 2005, there were only few photography galleries in Seoul and those galleries represented a few well-established Korean artists and repeatedly featured their images. Major museums would only invite and curate shows for world famous photographers from the 20century.

However, in the last 10 year photography has grown significantly and become more widely appreciated in Korea. Easy access to the internet has allowed a new generation to explore the world of photography and be informed and influenced by various sources. Also, many photographers in this generation study abroad and return with a new vision to our country.

Simultaneously, more photography galleries and alternative spaces have opened as have art fairs and photo festivals, providing a much needed infrastructure for growth.

I have found that photographers in Korea are still interested in exploring societal and historical concerns which are specific to our country. The transition to digital technology has also affected contemporary photographic practice. Many photographers experiment with the technology itself. I was heartened to discover that artists approach these issues through a very personal lens, sometimes overlapping their own identity with the nation’s. There is often a palpable emotional undercurrent there as well and a sort of unresolved tension and anxiety. And in this regard, I found a similarity to my own artistic practice.

Doubtless there is still room to grow for artists, curators and audiences before Korea can be more fully integrated into the international art scene. These days the market should not be limited geographically. I hope Korean photography will continue to thrive and gain visibility. For that reason, I am particularly grateful to Aline Smithson and Lenscratch for inviting me to curate this showcase of contemporary photography from South Korea.
Hye-Ryoung Min 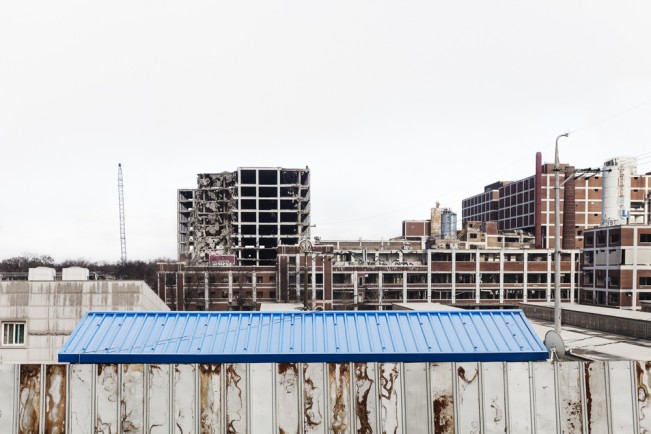 Hye-Ryoung Min is a South Korean photographer living and working in New York City.In 2014, her work was selected in the Center Forward 2014 exhibition at The Center for Fine Art Photography, the AHL Foundation’s Camera Lucida Revisited exhibition in NY and 88th Annual International Competition’s Semi-finalists exhibition at The Print Center in PA. Also Detroit Center for Contemporary Photography will include her project as part of New Directions. And she was invited to The FotoVisura Lodge Artist Residency.

In 2013, her work received Honorable Mention as part of The Family exhibition at the Detroit Center for Contemporary Photography and exhibited at hpgroup gallery in NY. In 2012, she won Jörg Colberg’s Conscientious Portfolio Competition and ASMP image12. Also she received Honorable Mention in Fine Art at the International Photography Awards and was a Rising Artist Award finalist at the Seoul Museum of Art(SeMA).

In 2011, she received a Seoul Photo Festival Portfolio Award from the Seoul Museum of Art(SeMA) and shown her work at SeMA. Also her work was selected in En Foco’s The Changing World exhibition. Her photographs have been shown at several venues in New York City including COOHAUS Art, hpgrp gallery, John Jay Art Gallery, Greenwich House, ASMP Gallery and Photoville in Brooklyn. Elsewhere in the United States she has participated in exhibitions at MASS MoCA, The Center for Fine Art Photography and Detroit Center for Contemporary Photography. She has also exhibited internationally at the Seoul Museum of Art(SeMA), Gallery LUX, Gallery COMMA, Sejong Art Center, UNESCO Gallery in Seoul. 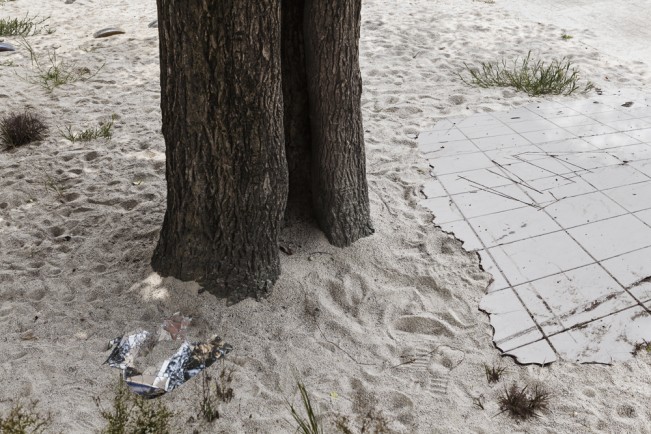 Can someone belong to the land, if she was born there or lived there for a good while? Is this determined by where the body exists or what the spirit relies on to subsist?

Is what we see the same as what there is? Or is what we see what we believe is there? There is a landscape that my physical eyes cannot see but my mind can discern. It doesn’t exist and yet it is always there.

When I first came to New York, I spent a lot of time wandering around the city thinking of my hometown Seoul, which ironically, I had wanted to leave for long time. I was looking to find a tiny corner shop where I used to frequent everyday as a child while I was turning a corner in NY. I often looked up expecting to see the mountains which are everywhere surrounding Seoul instead of the skyscrapers of Manhattan. More than ever before, I came to believe that I belonged in my native country. I found myself pining away for the place which I once desired to escape. However at one point when I visited my country, I realized that it took more and more time to readjust to the city and find my bearings. I began aching for the comfort of my bed, my desk, and the streets that I could walk eyes-closed from force of habit. I concluded that my native country had started pushing me away to a region where I would be called a stranger. 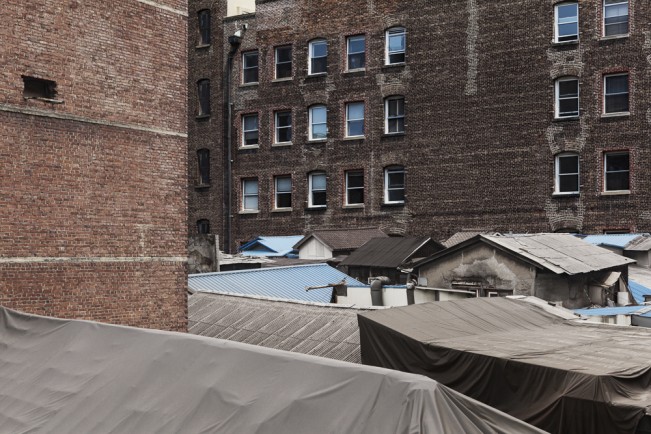 The city that made me an outlander for the first time in my life also gave me a sense of belonging. Like it or not, the streets, smells and people become something that I grew accustomed to. On the other hand, the land that my blood belongs to, the wind where my past is alive, and the very air that my family is breathing is all leaving my body. The emptier I feel, the more I want to return.

The similarity and unfamiliarity of these two places have started to intermingle and balance each other out. Have I become a stranger and a native daughter to both places at the same time?

In this series, I envisioned the third city that only exists in me. These personal cityscapes were made by taking apart and reassembling the two cities where I am rooted. I built these cityscape to reconcile and call a truce to the contest they wage inside of me.

For the past three years I photographed views of New York City and Seoul, establishing two parallel archives each without committing to a finalized vision for a digital composite. Among the photographs, I chose the images which would function as main images or stages for the work. I would then question these images repeatedly until I understood that something about them could be shifted or altered with an additional element, sometimes several elements, or a large building block taken from an image from the other city. In some cases, I decided to combine photographs which have similarities to each other. Sometimes I altered the part which I “missed” and wished I could find in the other city. Also, quite often the new landscapes were made by intuition. At a technical level, all composites require that I carefully calibrate elements such as color temperature, perspective or shadows to make the photographs look seamless, just as if they existed in another city somewhere. 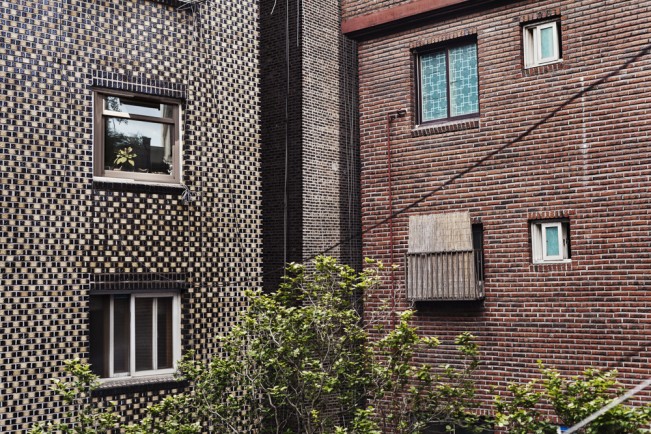 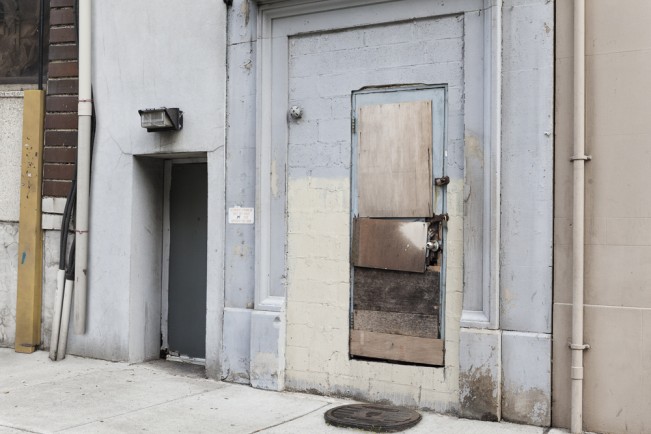 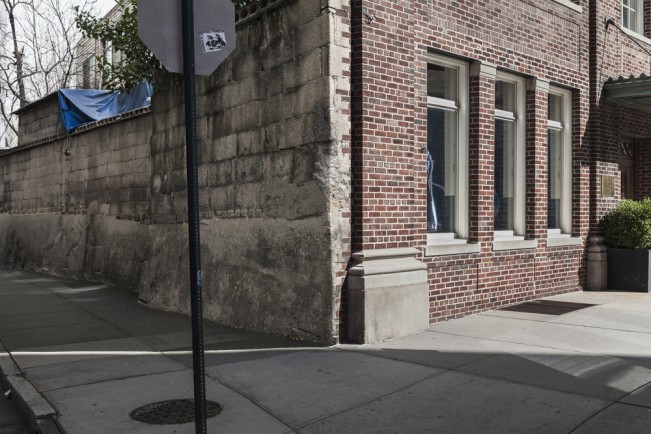 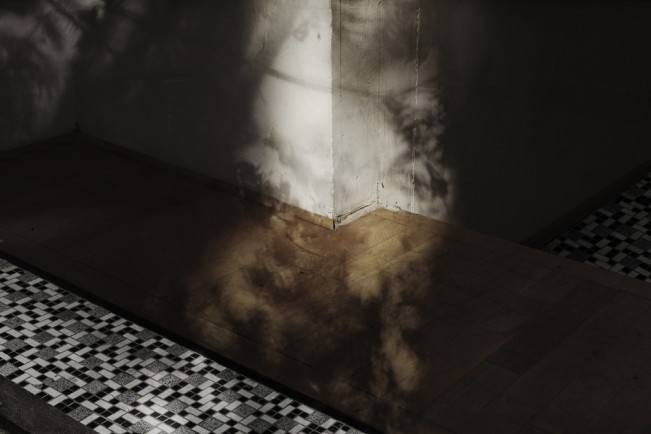 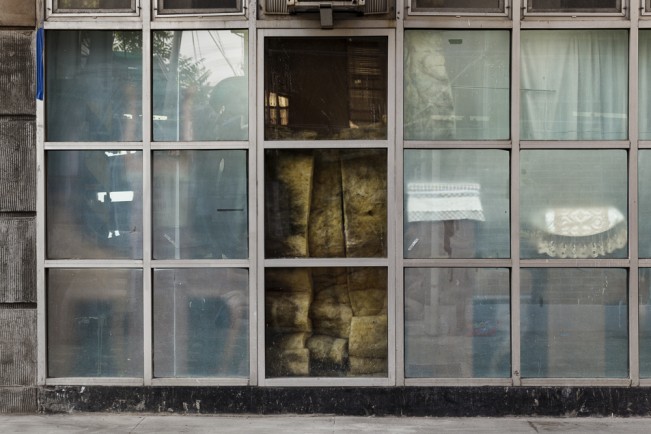 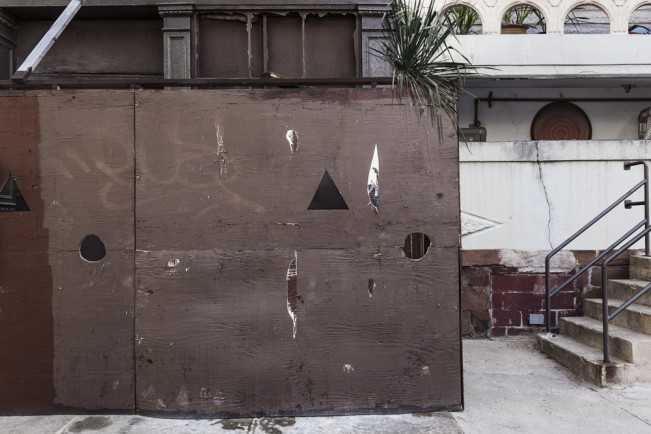 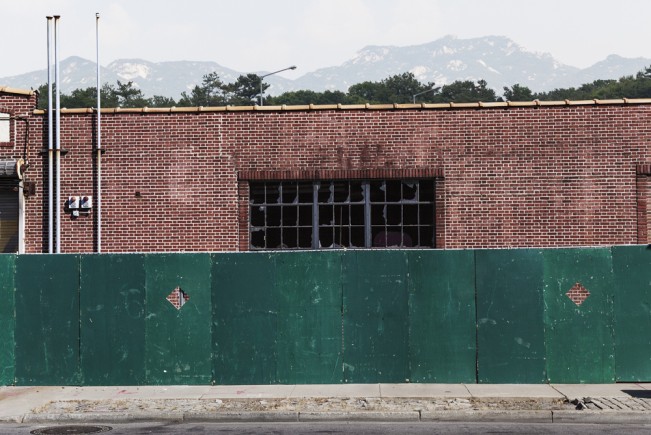