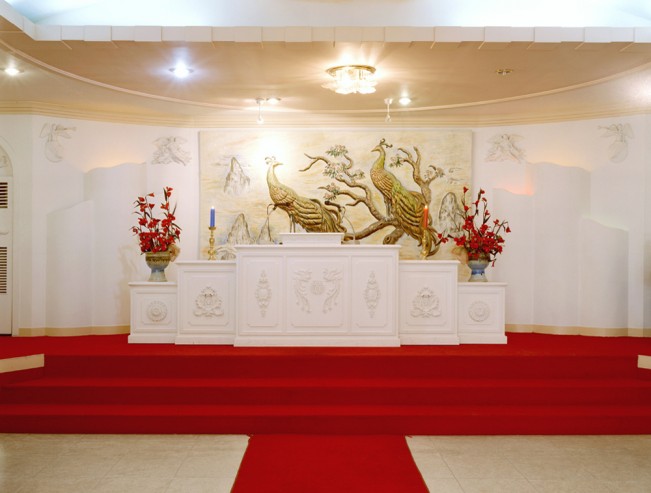 EunKyung Shin explores space and how we function within those spaces. Today, we are sharing three of her projects, The Imitational Space, Wedding Hall, and Photo Studio.

EunKyung Shin was born in Korea and now works as a photographer in Seoul. She got a M.F.A in photography at Chung-Ang University. She has held a number of private exhibitions at museums like GoEun Museum of Photography (Korea), Nikon Salon (Japan), Shinsegae Gallery (Korea), and more. Also, she has participated in numerous group exhibitions including Daegu Photo Biennale’s best portfolio exhibition in 2008, a group exhibition at The Museum of Fine Arts Houston, and held at National Taiwan Museum of Fine Arts. She won Photo Space’s 5th Sajinbipyong Awards and the Inspiration Award from Nikon Salon. Her art works are housed in Kiyousato Museum of Photographic Arts (Japan), Nikon Salon (Japan), Dong-Gang Photo Museum (Korea), and by Joy of Giving Something Foundation (U.S.A).

The space plays important roles in going through various contemporary life styles and phenomena of human culture. Spaces, in which we live, reflects our everyday life and patterns and also influence our lives.The imitational spaces of which I took photos are the ones in which we consume in our everyday life. These spaces(Wedding Hall, Model House, Photo Studio etc) are built, designed almost the same as real, and decorated for the event which they are meant for. People consume in these spaces, and utilize them knowing that they are imitated. Perhaps, this space itself may show Korean attribute, Korean personality.I designed to show such spaces. I tried to reveal the spatiality of interior space which is typical for Korean society. 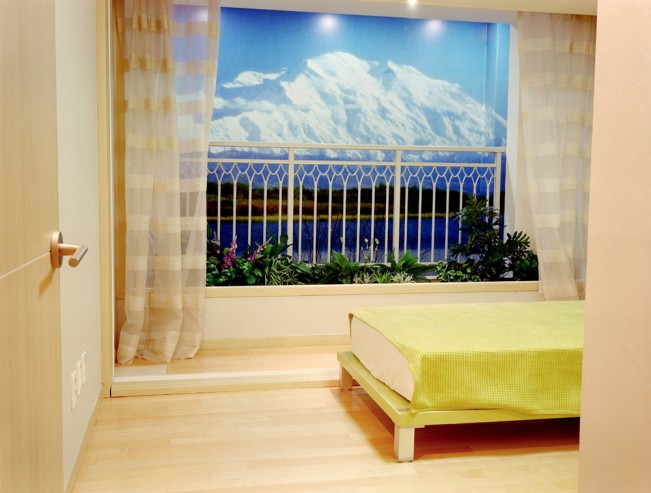 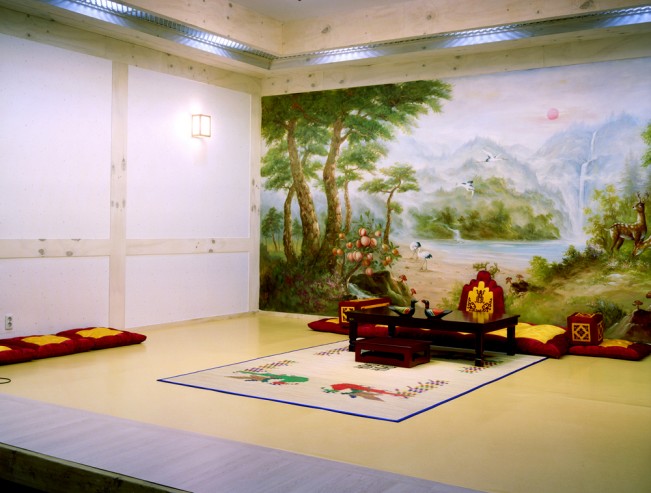 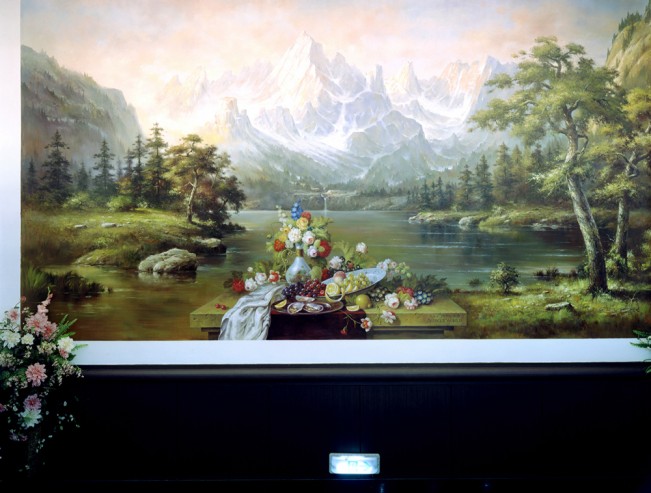 Marriage is a social system that creates the husband and wife relationship and forms a family. Even though a wedding ceremony is a sanctified ritual, it tends to be a formal(even dry) ceremony in my country(KOREA). Wedding halls are scattered everywhere and rarely harmonious with national architecture in the cities in KOREA. The wedding halls in KOREA are not genuine European architecture, and even the interior is just simulations or imitations. However, Koreans who plan to get married are looking for the wedding hall, and wedding ceremonies in KOREA having been held in such inauthentic space.
I try to express the Korean alien culture through the space of wedding hall in my photography. 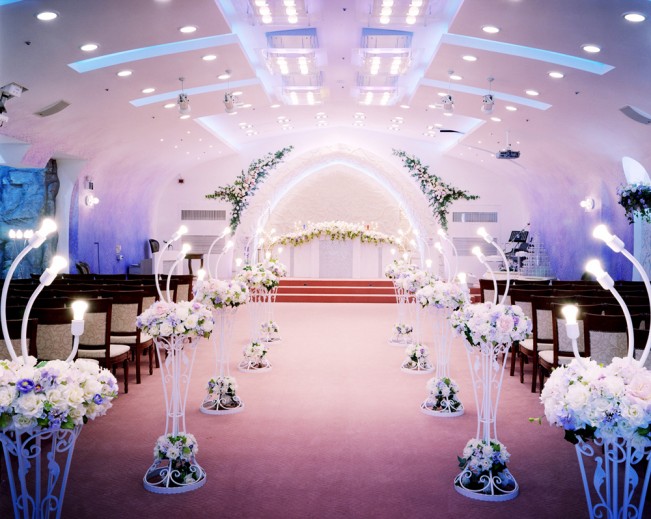 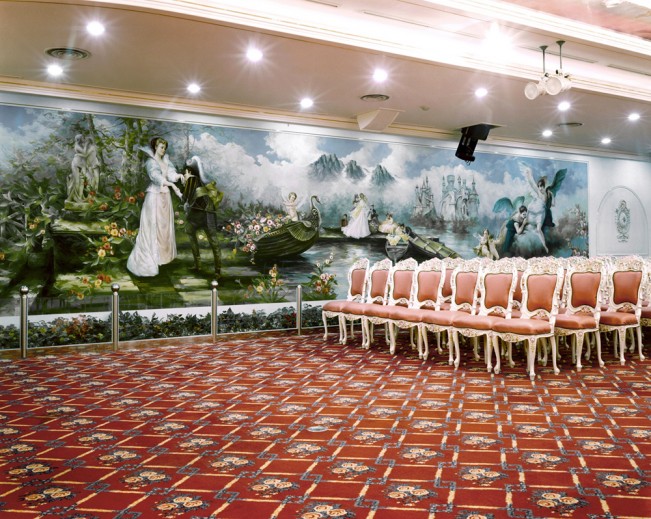 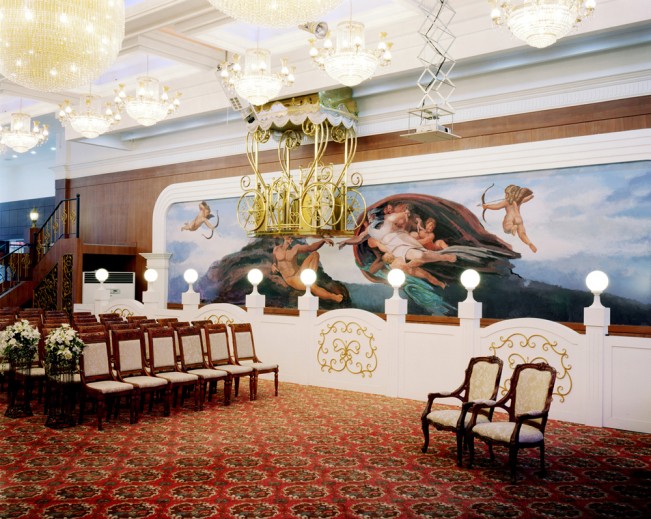 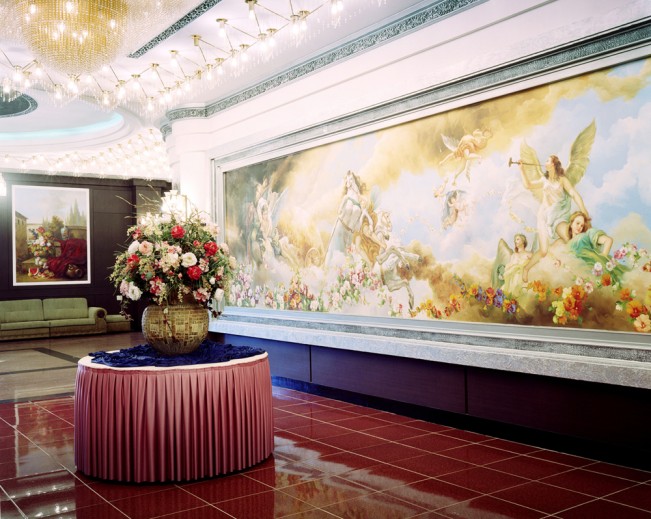 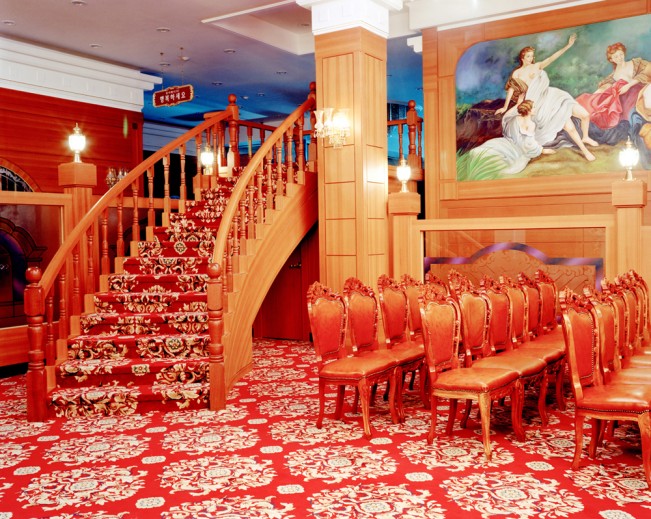 These works, as the title indicates, revolve around the photo shoots of wedding ceremonies, babies and families. Similar to my previous photographic theme of “Wedding Hall”, they capture my personal reflections on the contemporary taste of consuming and satisfaction with spaces. The setting inside a photo studio presents an interesting feature. Typically, the setting is arranged with everyday objects that can be seen elsewhere, non-practical chairs, artificial flowers and a back screen on which sceneries of the nature are painted. With these artificial settings, a studio appears to be perfectly shaped, but it also is clumsy in its attempt to emulate reality. But interestingly, customers get excited when examining final outputs, the well-framed and well-calculated images, although they are aware of the situations and processes that they have gone through inside the studio. People come to the studio in their best clothes to look as best as they can. They wear a big smile when the camera flashes. They ask photographers to remove tiny scars or any blemish on their faces using computer software. People are excited by the images that the studio have fabricated and modified!
Now I see how the clumsy life-imitating setting in a studio can serve to satisfy human beings’ desire to look perfect. A studio is the space that satisfies people by offering them a chance to have a perfect image of themselves. 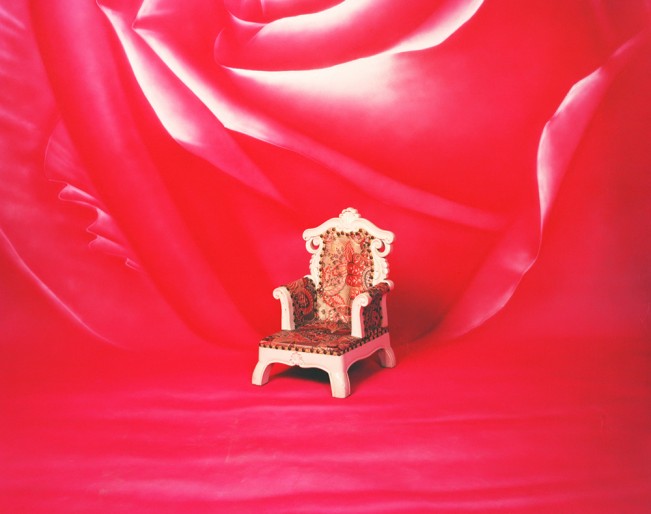 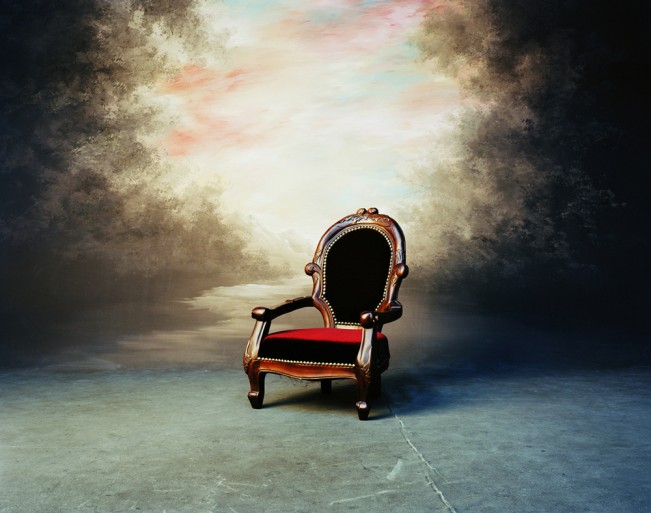 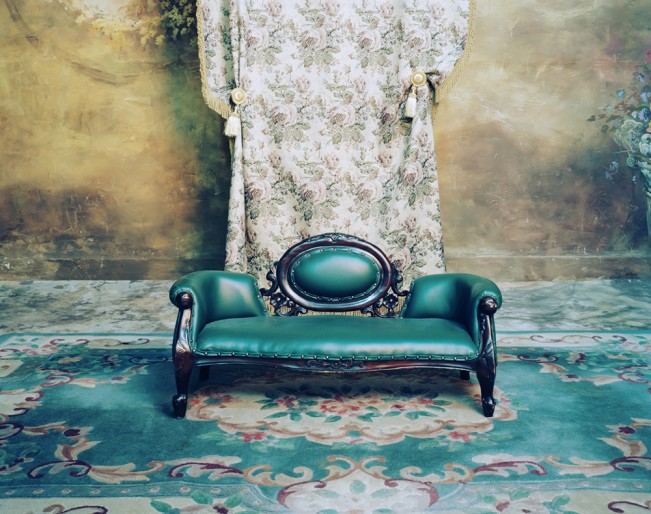 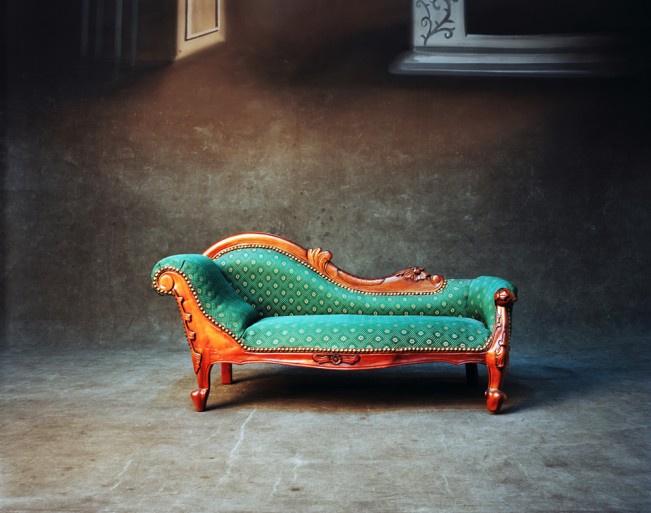 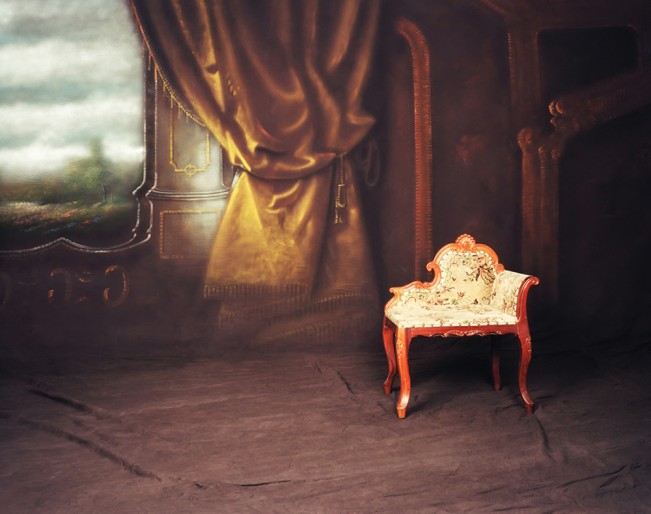 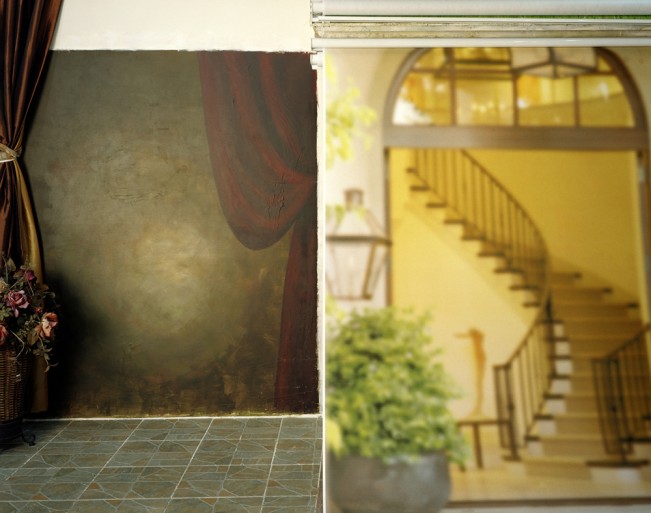 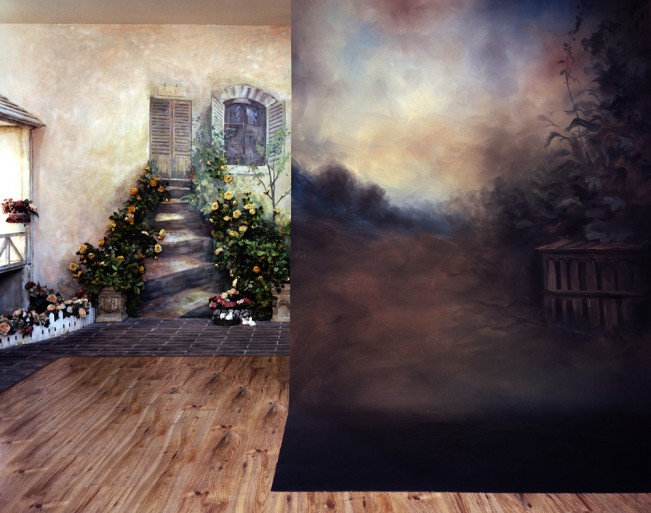 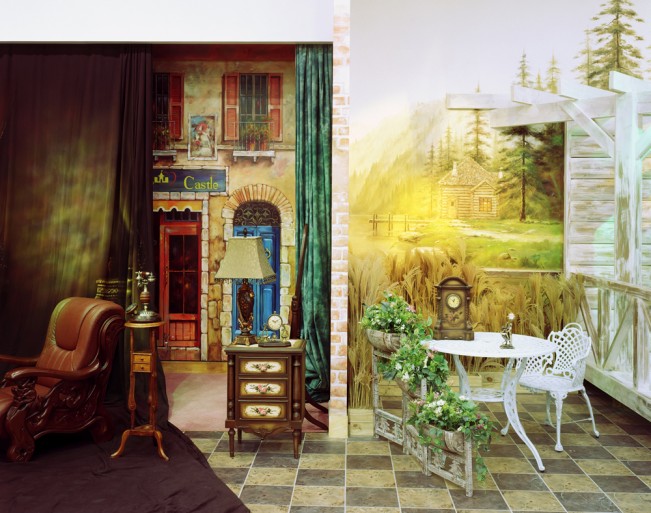 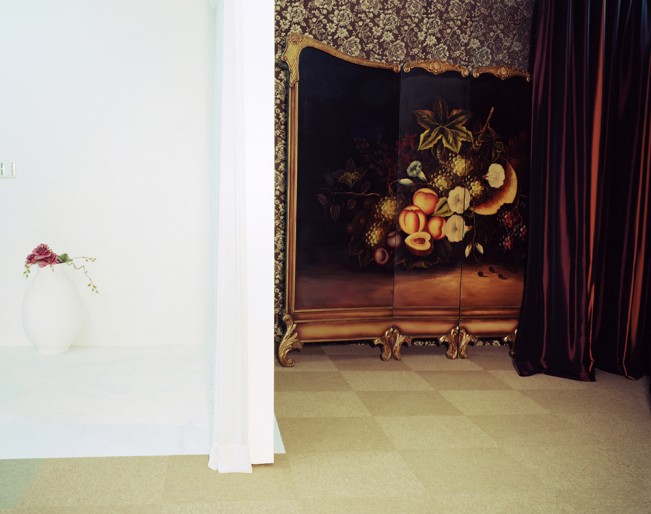