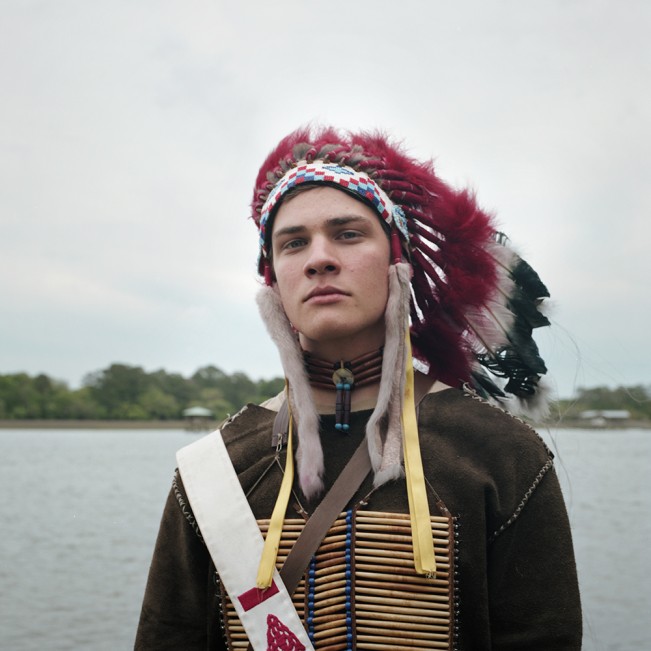 Rod Fincannon‘s project, Boy Scouts and Indians has roots in personal history and reflects his exploration of identity as a young man. He expands that history to examine a new generation trying on the persona and ideals of Native American culture. This search for connectedness to the land and a spiritual self is well intentioned, but fraught with the warped idea that one can try on another culture and truly represent it.

Rod Fincannon is a photographer and educator in Greenville South Carolina. He teaches photography at the Fine Arts Center, a pre-college program for high school students planning to pursue arts as a career, and at The South Carolina School of the Arts at Anderson University. His work primarily focuses on the social “coming of age” processes and formative experiences of becoming an adult. 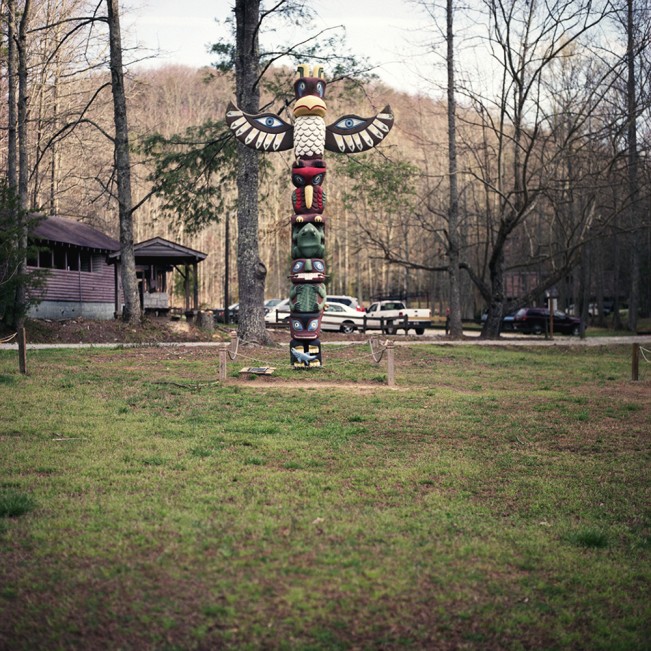 I grew up rising through the ranks in scouting and have very fond memories of my experiences. I worked at camps, was an active part of a troop, and received the rank of Eagle, the highest level in the scouting hierarchy. The most influential part of my scouting career was my involvement in Scouting’s elite honor society, The Order of the Arrow – a membership dependent on both a scout’s rank and on a vote by his peers.

When the Order of the Arrow was established in 1915, the founders used the legends and symbols of the local Delaware Indians to create a sense of mystery and adventure to the organization. Ceremonies are loosely based on Native American rites, and scouts dress in regalia and practice at length to perfect dance styles and methods of singing. 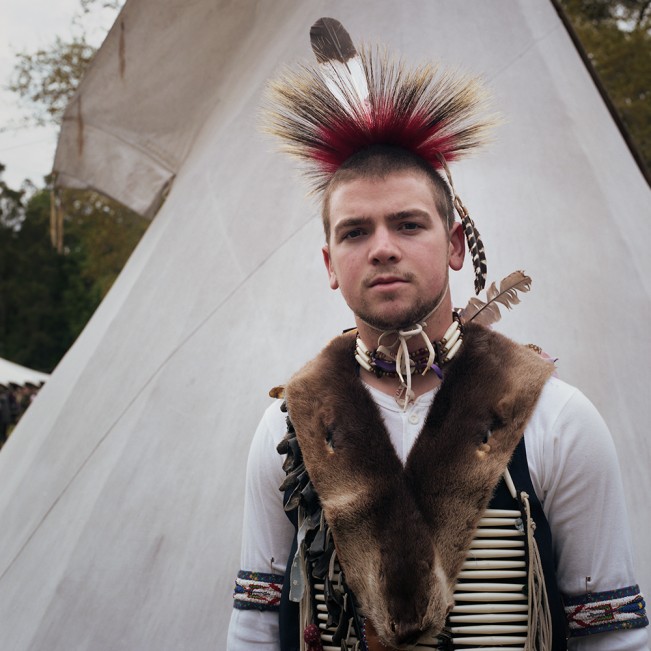 There is care put into the authenticity of the experience, both on the part of the Scouts and the organization. Young men invest hundreds of hours and dollars into making their regalia as authentic as possible and dedicate themselves to creating an environment to transport them to a different time and place. While the intention is to engross oneself in the culture of the Native American tribes, these activities can unintentionally deride the very culture they seek to emulate.

As a scout, I participated in these activities with much the same enthusiasm as the scouts in these photographs. Over time, however, I have become more aware of the conflict between what was a very honest attempt to give reverence to a culture that fascinated me and the absurdity of adopting another’s culture as a means of escaping from or mystifying my own. 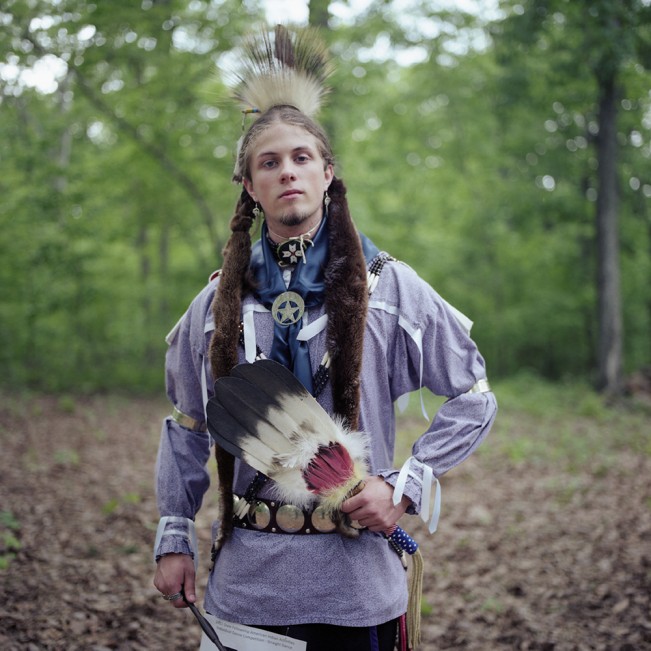 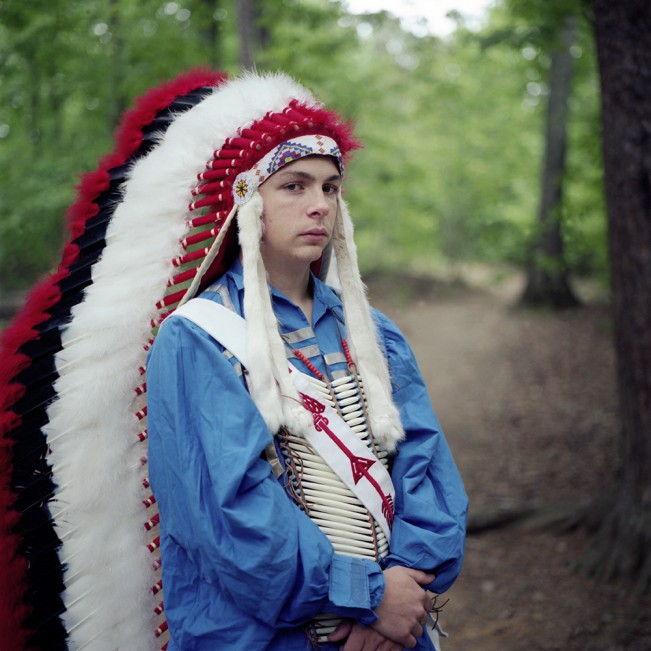 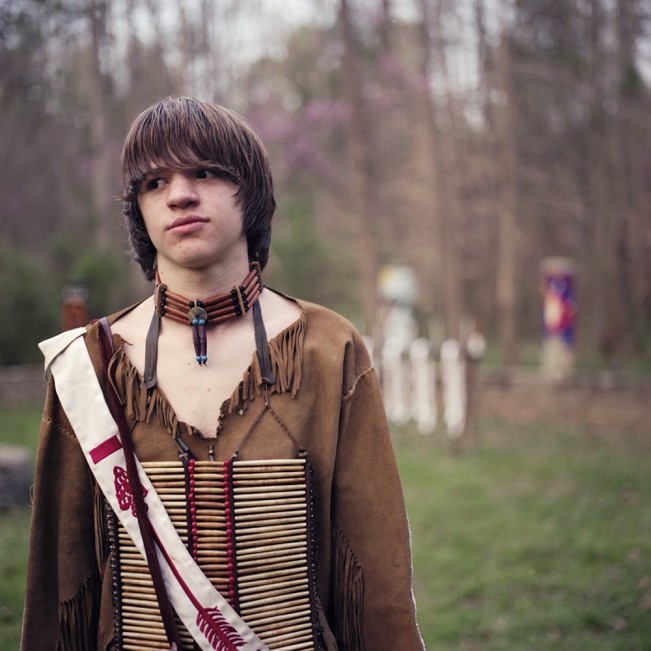 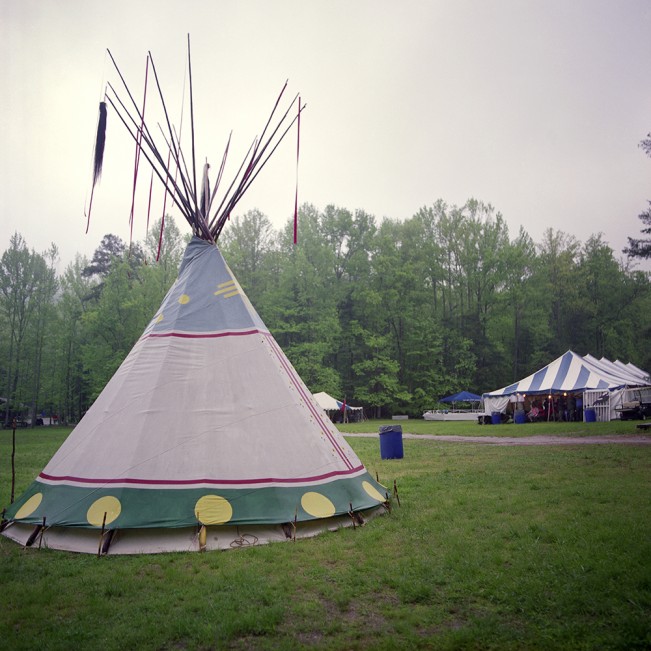 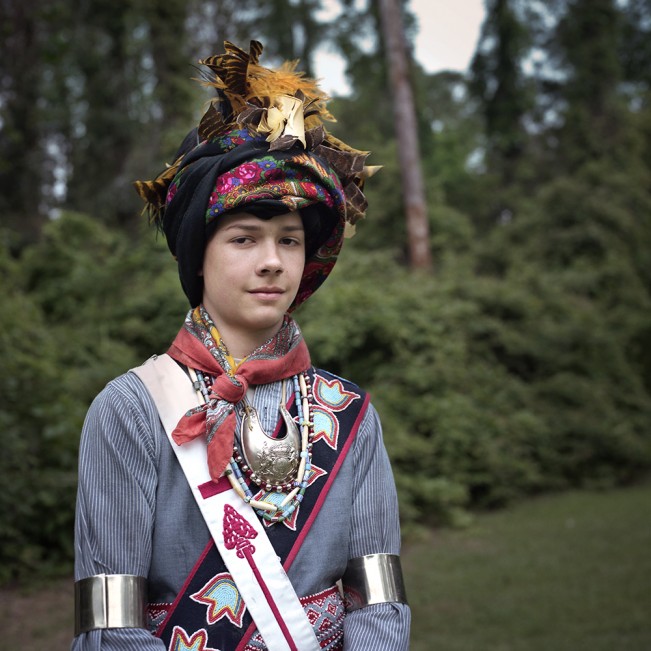 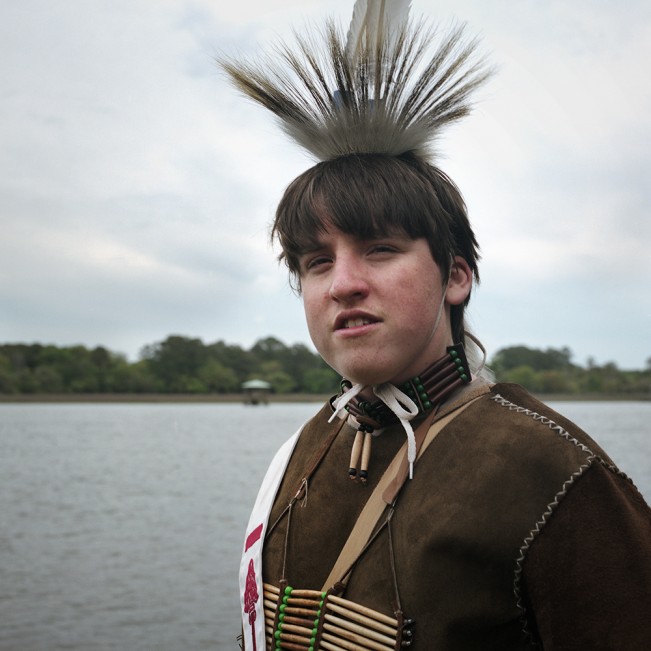 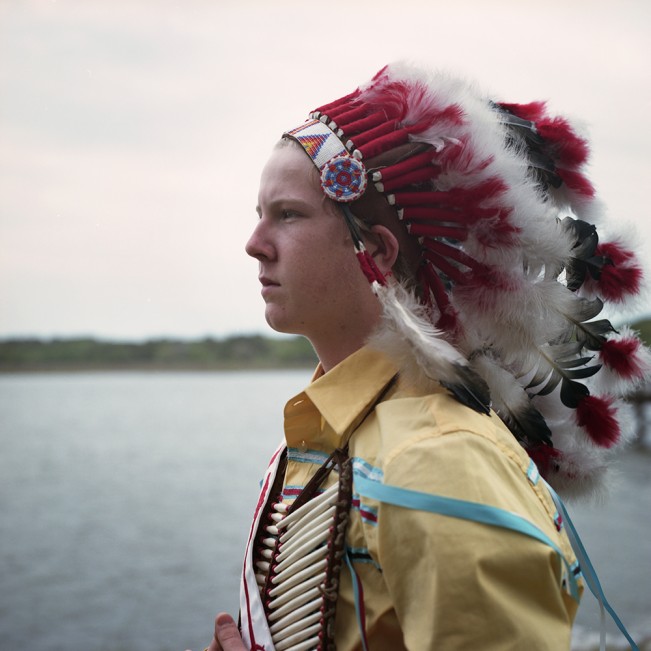 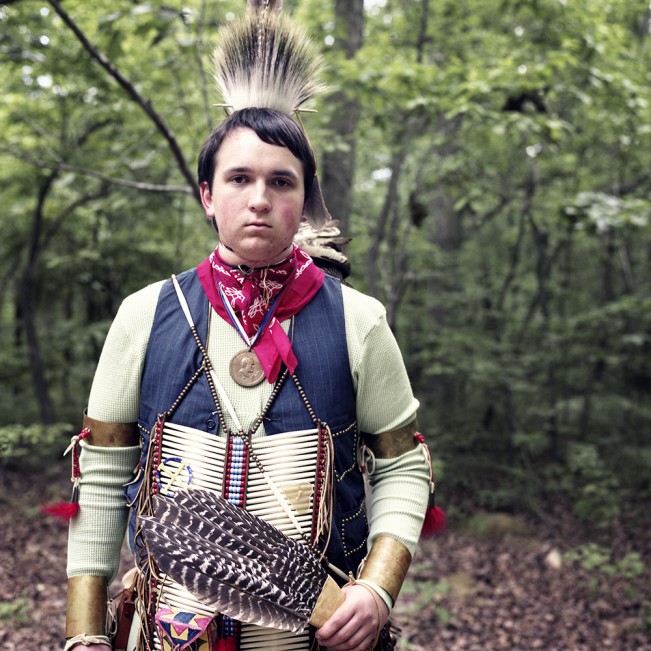 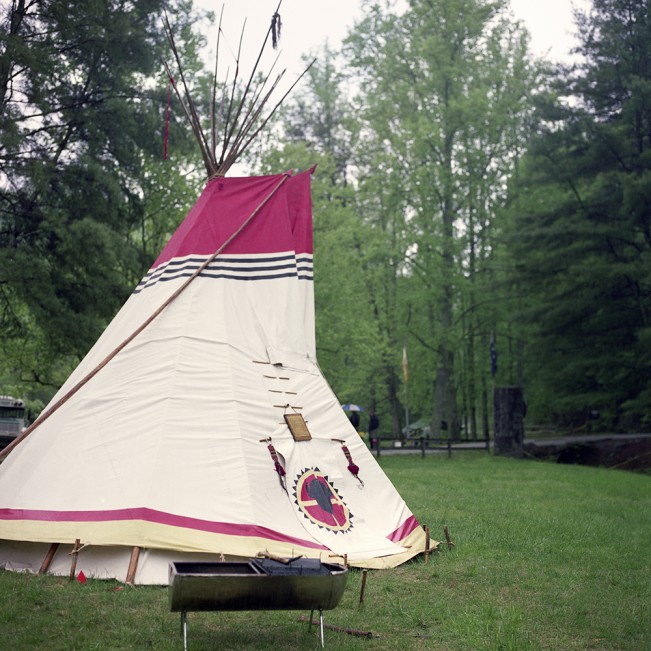 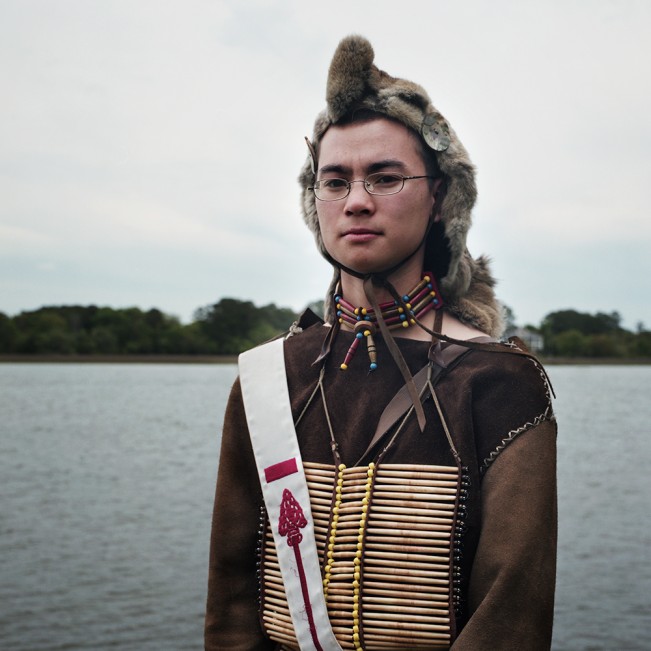 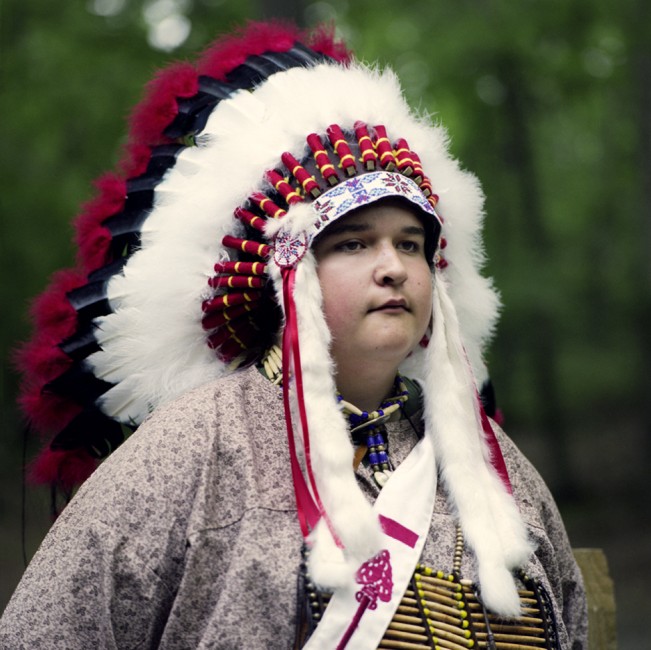 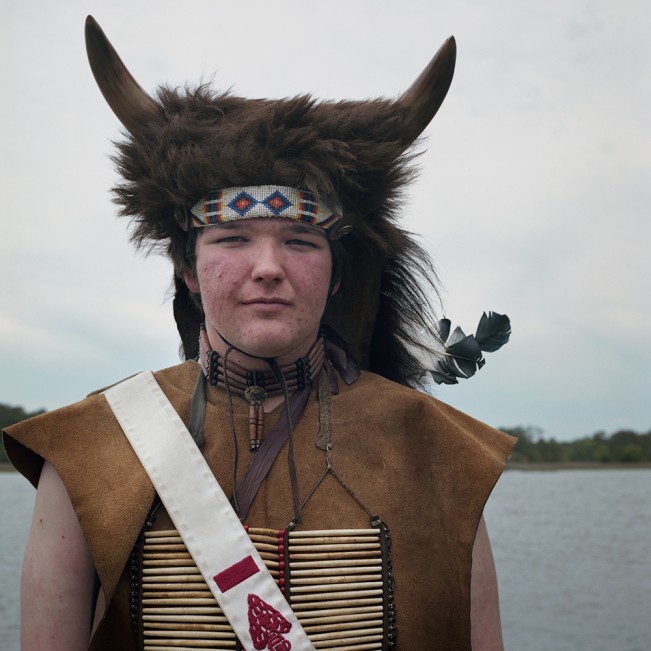