Place and Vision: The Artistic Legacy of Masumi Hayashi by Beth DubberFebruary 24, 2015 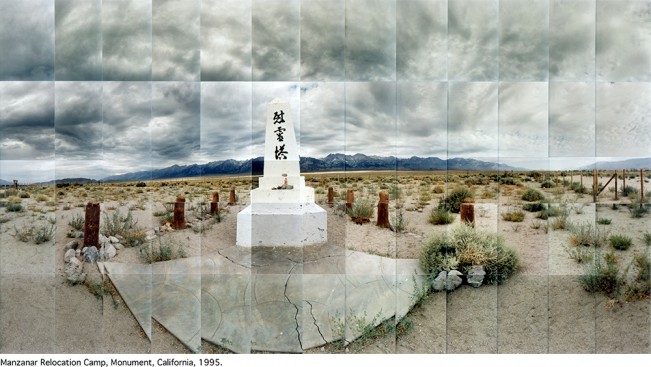 Masumi Hayashi was a tenured photography professor at Cleveland State University for 24 years. I was fortunate to have been a student of hers for 5 of those years, 1994-1999.

Masumi had a humble, gentle way about her, and I never heard her raise her voice to anyone.  I learned the most during our class critiques when we all posted our projects on the wall and talked about each student’s work thoroughly. The critiques went on for hours, and I couldn’t get enough. Besides working closely with us in the classroom, she also opened her personal studio and workspace to us. She threw parties where we looked at new photography, and she taught us how to roll sushi, because Masumi believed that seeing how artists live and work was important for us to experience.  I learned how to critique, look and talk about photographs, while being exposed to a plethora of photographers I had never heard of, all of which significantly opened my creative world. I was fond of Masumi’s work, teaching ability, and just being in her company.

In 2006, I received an email from a college friend that contained a news story from the “Cleveland Plain Dealer”.  I was in shock as I read the story of how Masumi was senselessly murdered in the hallway in the building where she lived.  I ran through all the emotions and was left with helplessness. It is unfair to have a loved one taken too soon, especially in a violent way. In the end, it leads me to gratitude.  I am grateful I had the opportunity to know her, learn from her, and hear her speak about her important work, in person.

I was so happy to hear recently, that Masumi’s work will be on display in the Art Gallery at Cleveland State University. Curated by  Mike Gentile, Masumi’s friend, colleague, and collaborator of many years, the exhibition will share some of the soul and spirit that many of us are grateful to have experienced first-hand.

The exhibition,  “PLACE AND VISION: THE ARTISTIC LEGACY OF MASUMI HAYASHI”  is open from January 15 to March 7.

In February, 1942, three months after Pearl Harbor, the United States took unprecedented action directed at its own population. Executive Order 9066 and Civilian Exclusion Order 5 decreed that over 120,000 Japanese Americans be removed from their homes in the “western defense zone” of the United States, and incarcerated in ten Internment camps, which were located in isolated areas of Utah, Montana, Arkansas, Arizona, California, Colorado, and Idaho. These ten camps functioned as prison cities, with populations of 10,000 to 18,000 people in each camp.

With the bombing of Pearl Harbor, the Japanese Americans in America were no longer seen by other Americans as industrious, immigrant neighbors but were transformed into enemy aliens overnight. There were no trials, no hearings to prove innocence or guilt. They were assumed to be the enemy and made prisoners, indefinitely incarcerated because of their race. Successful Japanese-Americans were informed that, according to Civilian Exclusion Order 5, they were required to liquidate all property, including homes, real estate, business holdings, and anything else that they could not carry themselves into the prison camps.

They lost their homes, property, and communities. Families were separated. After the war, there was a long silence because of their shame and guilt, not unlike the victims of the Holocaust.

The work American Concentration Camps is about a collective memory of the camps that incarcerated 120,000 Japanese Americans during World War II without trial. Its memories are about the reconstruction of that time and space fifty years later. It is about transition of the immigrant Japanese American people caught between two countries at war; people caught without a country that would claim them as their own. It is about their collective voices and memories of that displacement, and it is about the quiet silence that surrounds the land, those prison cities, and that time.

Almost fifty years later, Presidents Clinton and Reagan have issued letters of apology to the camp survivors that are still living. Collective voices now reach beneath the surface of the stereotypical Japanese American image of passive acceptance, “gamman” (“endurance”), “shikata ga nai” (“it cannot be helped”), and survival. Their voices call out beyond anger and memory. 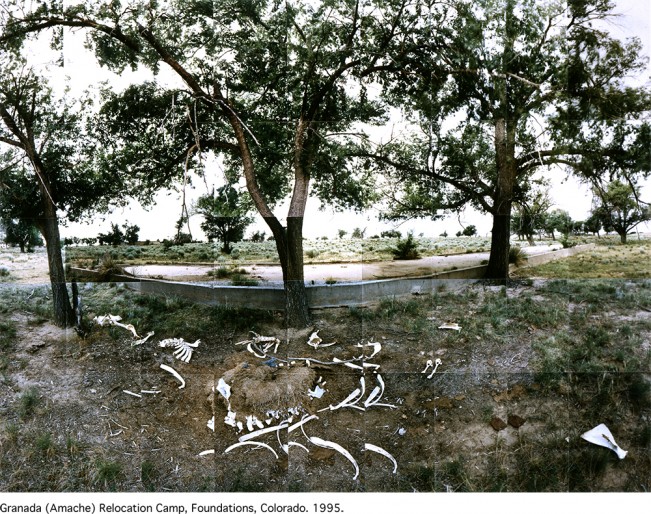 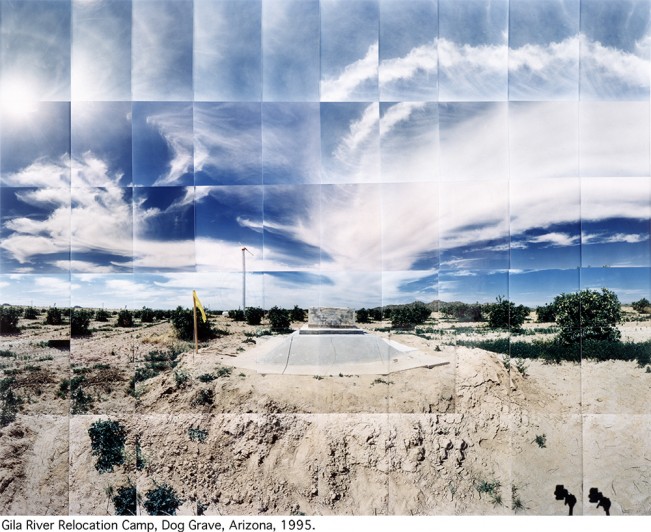 Masumi Hayashi was born in 1945 in the Gila River War Relocation Camp in Rivers, Arizona, one of the United States government’s War Relocation Authority camps, where Japanese-Americans were placed in internment during the World War II Era. The Gila River camp was on Indian reservation land.

Hayashi grew up in Watts (an area in Los Angeles, California) and graduated from Jordan High School. As an adolescent, she worked at her parents’ store, Village Market, on Compton Avenue. She attended UCLA and later went on to attend Florida State University in Tallahassee, where she earned a Bachelor’s degree in 1975 and Master of Fine Arts degree in 1977.

Hayashi joined the faculty of Cleveland State University as Assistant Professor of Photography in 1982 and became a full professor in 1996. During her tenure at CSU, she received numerous awards, including an Arts Midwest, NEA fellowship in 1987, a Civil Liberties Educational Fund research fellowship in 1997, a Fulbright Grant in 2003, and Individual Artist Fellowships from the Ohio Arts Council on three different occasions. She was awarded the Cleveland Arts Prize for Visual Arts in 1994.

Masumi Hayashi is perhaps best known for creating striking panoramic photo collages, using smaller color photographs (typically 4-by-6-inch prints) like tiles in a mosaic. Many of these large panoramic pieces involve more than one hundred smaller photographic prints; the rotational scope of the assembled collage can be 360 degrees or even 540 degrees. Much of her work explores socially uncomfortable spaces, including prisons, relocation camps, and Superfund cleanup sites.

Later in her career, her artwork reflected a deep interest in sacred sites, and she traveled several times to India and other places in Asia, to photograph spiritually significant spaces.

She also worked on a project called, “City Works” (1987-1994). These were mainly commissioned pieces for the city of Cleveland, documenting some of the city’s highlights.

Masumi Hayashi (at age 60) and her neighbor, the 51-year-old artist and sculptor John Jackson (who also worked as a maintenance man at the apartment complex), were shot to death by a 29-year-old neighbor in their apartment building on Detroit Avenue on the West Side of Cleveland, Ohio, on August 17, 2006, after she had complained about loud music. Jackson was attempting to assist Hayashi after she was shot, when he was slain.