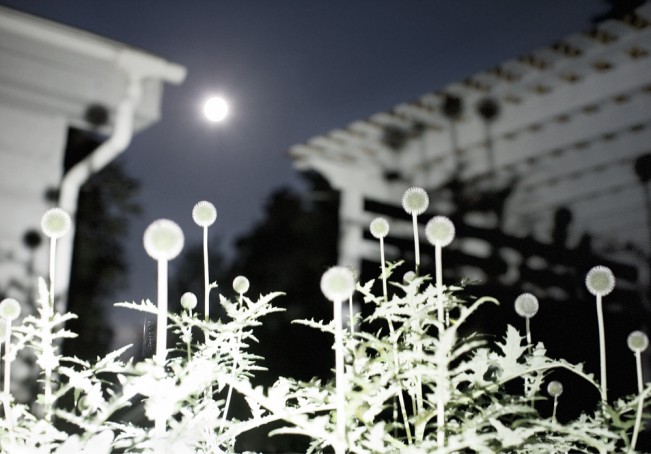 Congratulations to Amanda Marchand and Chris Bennett for their 2nd and 3rd place wins in CENTER’s Curator’s Choice Award.  Both photographers are using the natural world as a way to explore emotions and synthesize experience. The Curator’s Choice juror, Phillip Prodger, Head of Photographs, National Portrait Gallery, London shared this statement about his selections:

There are two ways of looking at any work of art, I think. One is old-fashioned connoisseurship. Is the work printed, exposed, and composed well? Does it convey what the artist wants it to say clearly and effectively? And then there is the other way. Fluid, visceral, indefinable—the way that says who cares what the picture is “supposed” to look like, it’s here and now and I’m with it and I’m swept away. I’m a sucker for a beautiful image. But it’s that last, elusive quality that I’m always looking for.

I like pictures I can’t completely explain, that I can roll over on my tongue and savour. I want pictures to challenge me, scare me, uplift and comfort me. I like pictures that make me feel alive. I liked this year’s Center entries a lot.
If you are one of those who entered the prize, you may feel like your work entered a black box where judgement was passed, rightly or wrongly (probably wrongly) and the result spit out. Actually, it wasn’t like that. While you slept, your work has been battling on your behalf, in a knock down drag out fight with hundreds of other, spectacular and deserving works. I was just the mediator. To say that the competition was fierce barely captures the quality of the entries this year. I don’t believe I’ve ever judged a group of pictures of such a high standard.

Amanda Marchand’s Night Garden is a remarkable exploration of love and loss, a theme that a number of artists sadly grappled with this year. I was especially taken by the unapologetic romanticism of Amanda’s pictures, which have an urgency that belies their poetic style.

I tried to shake Chris Bennett’s Darkwood landscapes, but I couldn’t. The best of them give me shivers. They are knowing, subtle and deeply felt pictures by an artist who knows how to pull as well as how to push. 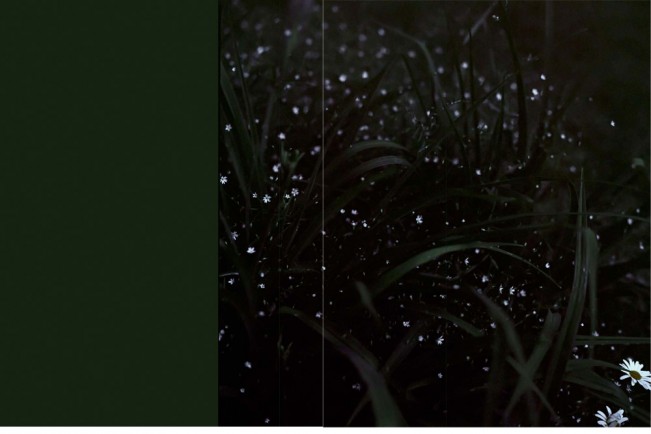 I have a cross-disciplinary practice of photography and writing. For the span of one summer (2012) I photographed my mother’s Canadian garden while she slept inside. I experimented with lightning, moonlight, porch-light, never using flash. I used different cameras, analog, digital and pinhole, during the long exposures, tracking time. A summer, component of “e-postcards” reached over 200 people and fund-raised for BRCA, a genetic cancer recently made famous by Angelina Jolie with her own BRCA story.

“Night Garden” will be published as a monograph (Datz Press, March 2015, with afterward by Dr. Anthony Bannon, director emeritus, George Eastman House). This work of photographs sparsely punctuated by words, tells a subtle yet magical story contemplating love, loss and our place in the universe. My mother died of ovarian cancer several months after the work was made. While this part of the story is nonetheless sad, the work is largely a celebration. As a book, the story moves beyond the single image, so I have included some spreads. All images will be exhibited as archival ink-jet prints of varying sizes. 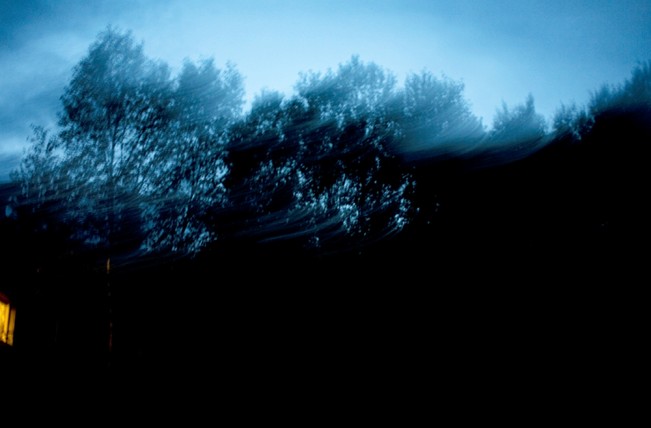 ©Amanda Marchand, Bats Above Your Window from Night Garden 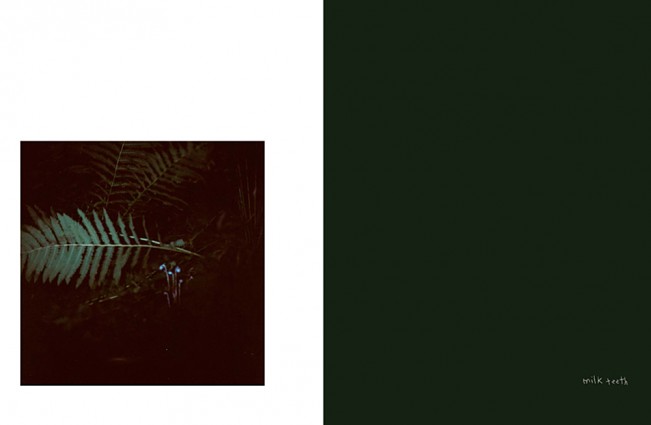 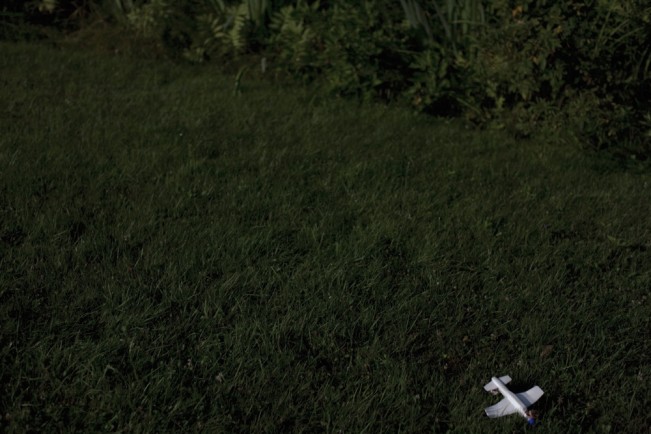 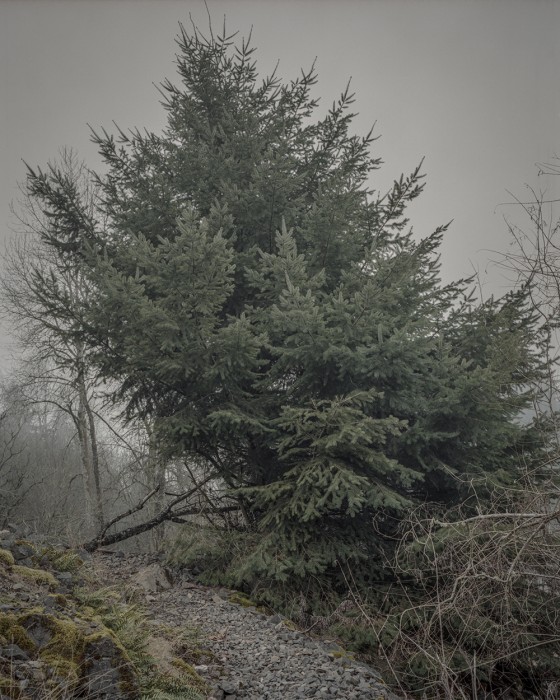 This project is about how I interact visually and emotionally with the landscape of the Pacific Northwest and how it can make me feel empowered and insignificant in just a single glance. I have a simultaneous respect, wonder and fear for this landscape, and it is an attempt to create images that convey the psychological space between my real and imagined fear.  Framed images are 24″x30″. 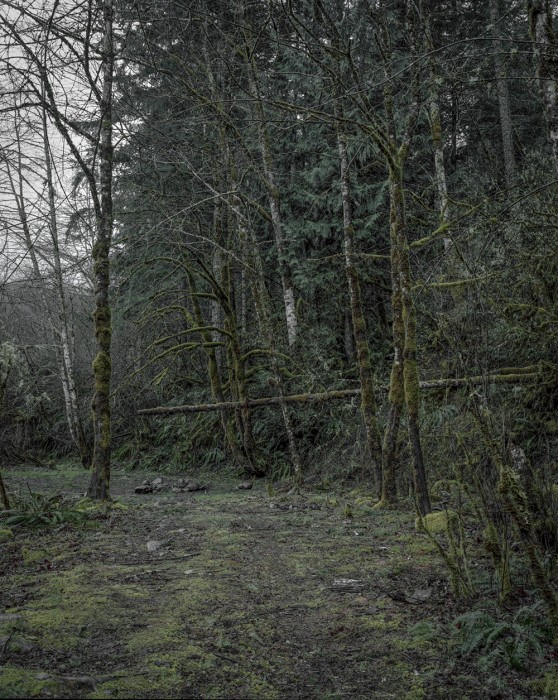 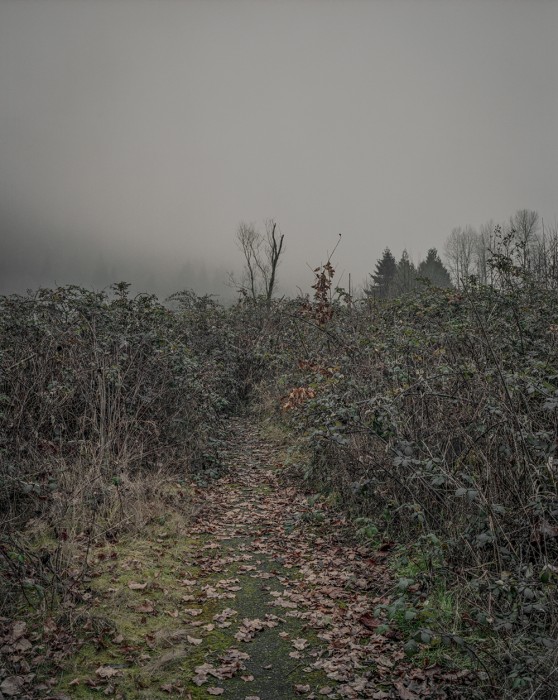 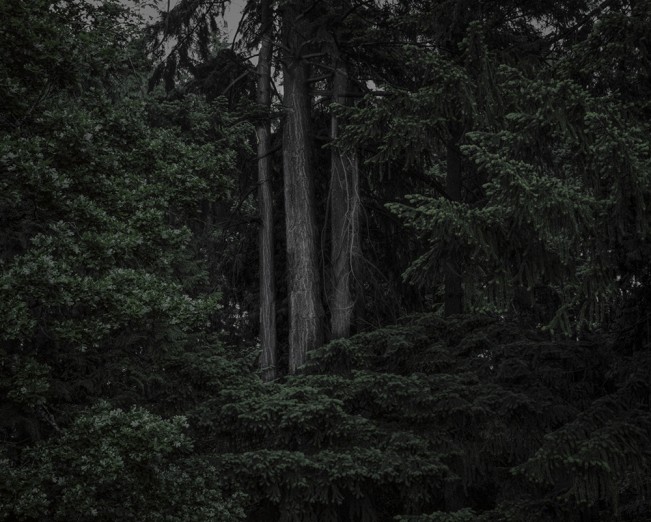 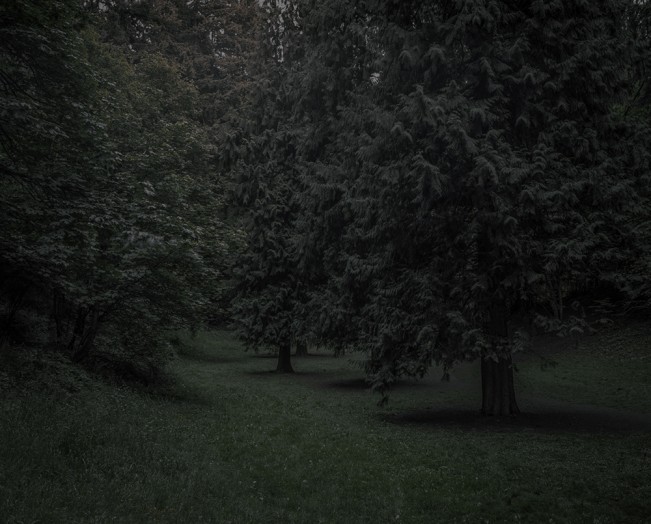 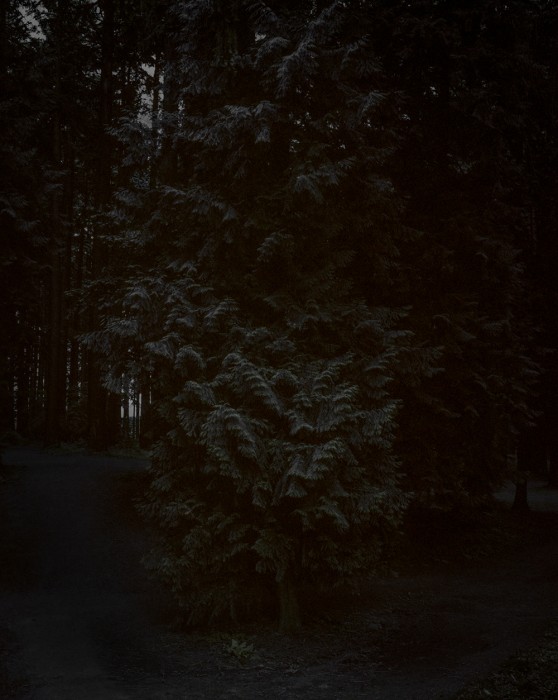