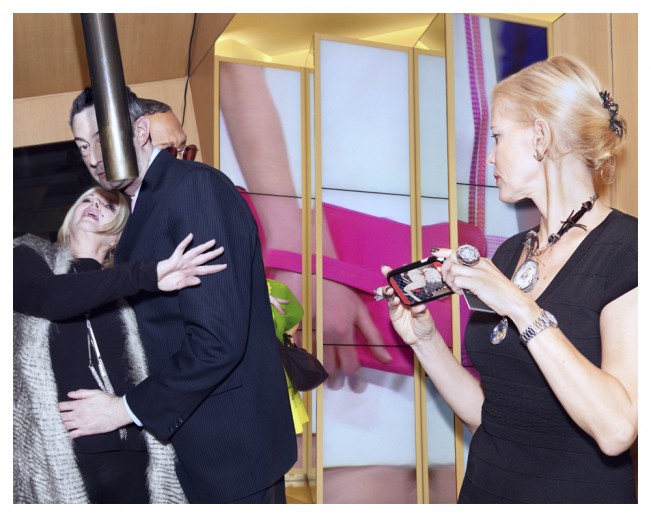 Congratulations to Monica Sziladi for her 1st Place win for CENTER’s Curator’s Choice Award. Her project, Left to Our Own Devices, speaks to our virtual obsessions with digital technology, how it changes our behaviors and ways of thinking.

“There are two ways of looking at any work of art, I think. One is old-fashioned connoisseurship. Is the work printed, exposed, and composed well? Does it convey what the artist wants it to say clearly and effectively? And then there is the other way. Fluid, visceral, indefinable—the way that says who cares what the picture is ‘supposed’ to look like, it’s here and now and I’m with it and I’m swept away. I’m a sucker for a beautiful image. But it’s that last, elusive quality that I’m always looking for.

I like pictures I can’t completely explain, that I can roll over on my tongue and savour. I want pictures to challenge me, scare me, uplift and comfort me. I like pictures that make me feel alive. I liked this year’s Center entries a lot.

If you are one of those who entered the prize, you may feel like your work entered a black box where judgement was passed, rightly or wrongly (probably wrongly) and the result spit out. Actually, it wasn’t like that. While you slept, your work has been battling on your behalf, in a knock down drag out fight with hundreds of other, spectacular and deserving works. I was just the mediator. To say that the competition was fierce barely captures the quality of the entries this year. I don’t believe I’ve ever judged a group of pictures of such a high standard.

If you didn’t win, take heart, I liked your pictures anyway. Be encouraged. Others will like them too.

Monika Sziladi is my Curator’s Choice. I have seen other series dealing with issues of technology and social media, but Monika somehow captures, in her quirky, disjointed imagery, garish colours and humour, something new. There is a resplendent artificiality about her pictures, from motel carpets to giant video screens. There is no nature here, only constructed environments. Humans are self-absorbed and ungainly, like monkeys in a space ship.” 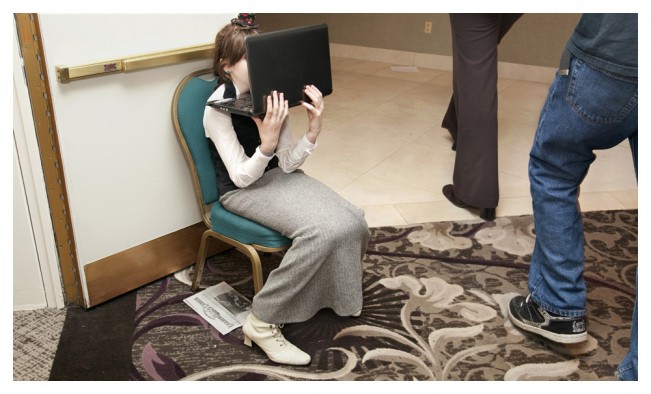 Left to Our Own Devices?

The rapid development of wireless communication, social media, reality television, crowdsourcing and the proliferation of photography by the general public have had a clearly discernible impact on human behavior. Posing, posting, sharing, self-broadcasting, commenting, texting, and multitasking are replacing conversation and reflection. Narcissism and anxiety are among the most common types of psychological disorders affecting people today. The figures in my images, like most of us, are caught constrained by mobile devices and image consciousness. While navigating the professional and social competition of our economically divided and ecologically precarious world, our ubiquitous practice of (self-) promotion generates sufficient noise to render us invisible and ultimately turn us into interchangeable voices, inaudible within the crowd. On the other hand, our recorded and broadcast self-expression, mined by big data, threatens our privacy and agency over our choices. Digital technology transforms our traditional sense of public and private. In parallel, the sense of space and perspective in my work alludes to a collapse between the physical and the virtual. As the borders disintegrate, I aim to create images that simultaneously produce humor, awkwardness, liberation, and suffocation, with the intention of replicating and enhancing the unsettling sense of being exposed in an increasingly virtual world. 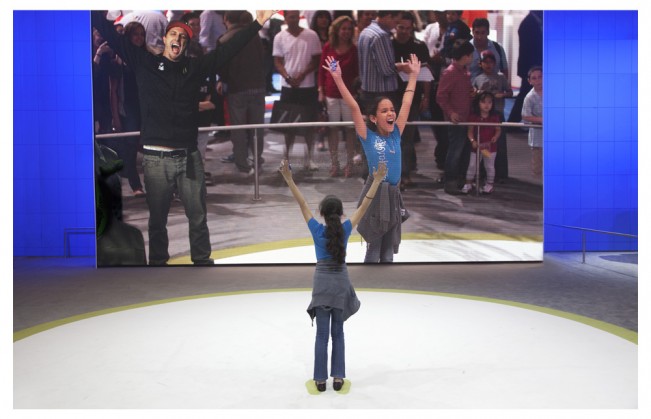 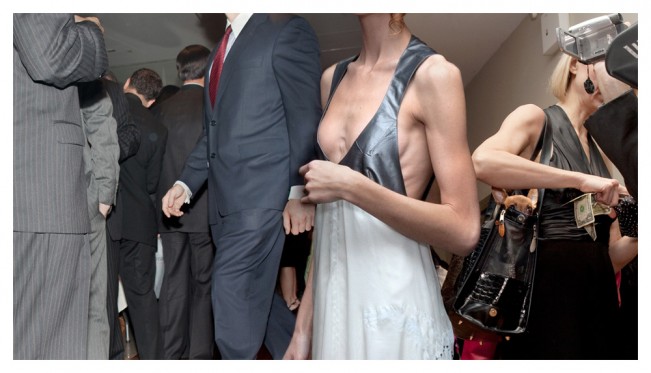 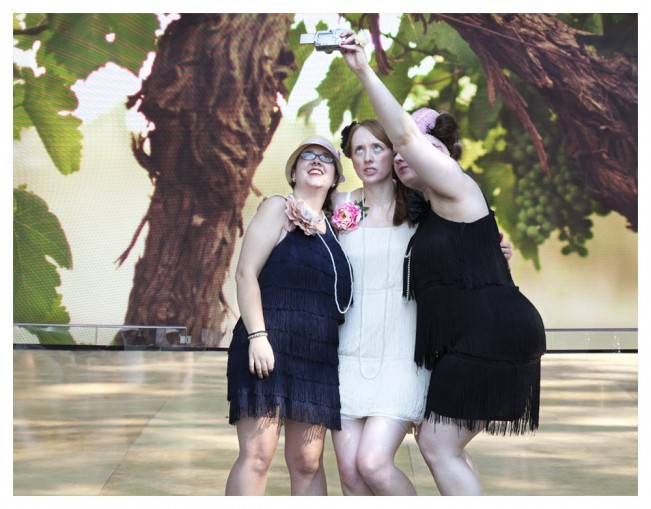 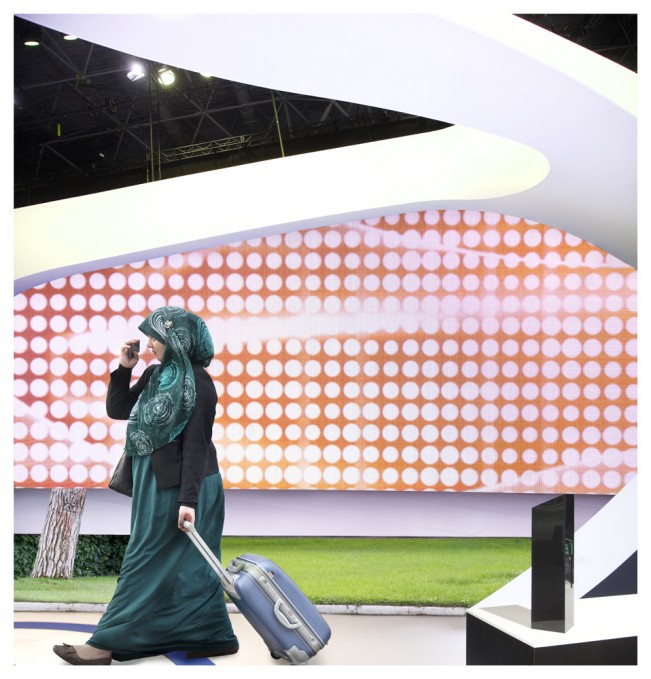