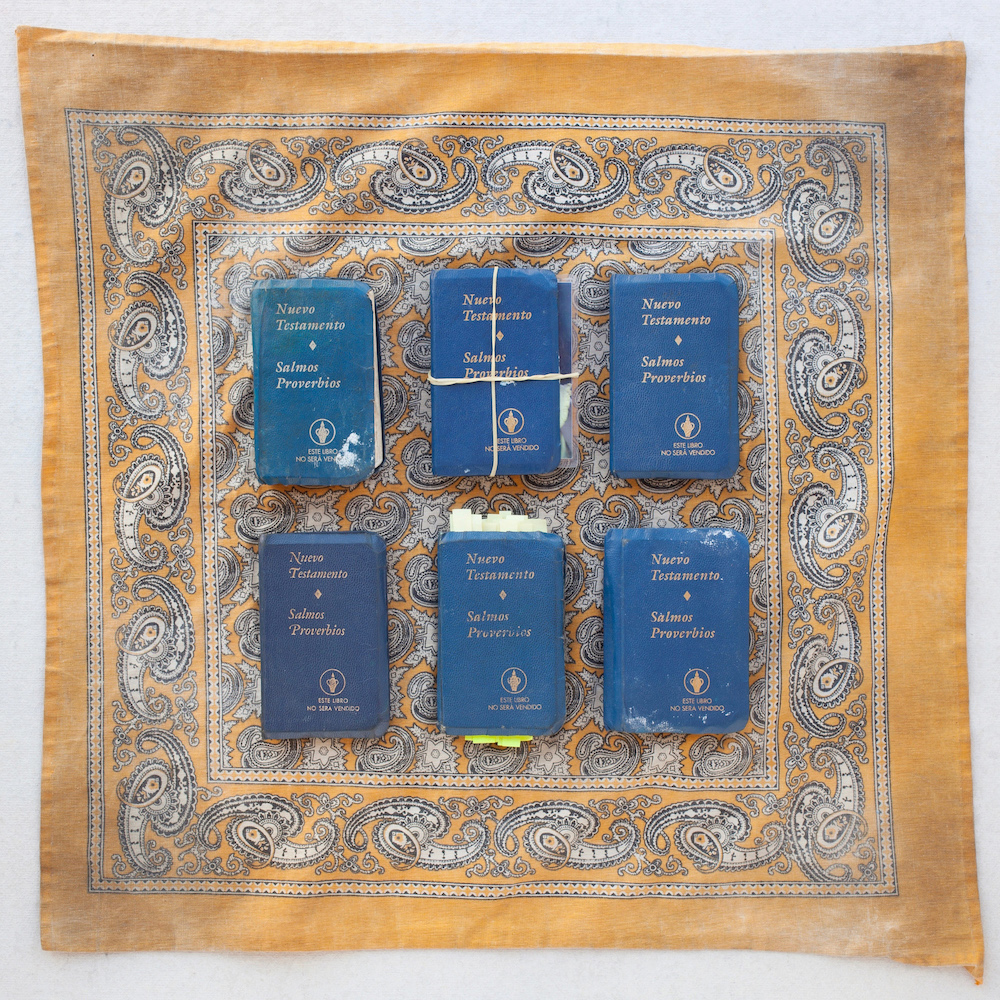 I first encountered Thomas Kiefer’s powerful and timely project, El Sueño Americano – The American Dream, two years ago at the Medium Festival of Photography in San Diego. The project stayed with me long after the event and I’m thrilled to have had a chance to see the work on exhibition and share it today. El Sueño Americano – The American Dream is a heartbreaking series of conceptual still lifes focusing on objects collected when when Thomas was a janitor at a U.S. Customs and Border Patrol processing facility in Southwest Arizona. The items were items taken from migrants trying to cross the border and then discarded. Thomas retrieved the artifacts and created an artistic re-visioning that documents stories of pain, possibility, loss, and hope. This profound series focuses on simple things that migrants brought with them on their journeys–a bar of soap, a toothbrush, a pair of gloves–relics that had significant meaning to the original owner. The work speaks to the crisis of those seeking a better life on our side of the border and as Thomas states about the objects, “their disposal is a clear and intentional act of dehumanization”.

This work is currently on exhibition at the The ReflectSpace Gallery, at the Downtown Central Library in Glendale, CA,  In|visible: Negotiating the U.S.-Mexico Border, on display through March 14, is curated by Ara and Anahid Oshagan and also features work by artists Dulce Pinzón, Claudia Cano, Teresita de la Torre, and Joan Zierhut. Tom is giving an artist’s talk on March 13th at 7:30pm.

Born in Wichita, Kansas, fine art photographer Thomas Kiefer was raised primarily in the Seattle area and worked in Los Angeles as a graphic designer. Kiefer moved to Ajo, Arizona in December 2001 to fully develop and concentrate his efforts in studying and photographing the urban and rural landscape and the cultural infrastructure. In 2015 Kiefer was included in LensCulture’s top 50 emerging photographers and Photolucida’s top 50 Critical Mass. His ongoing work “El Sueño Americano” (the American Dream) has been featured in news publications nationally and internationally. 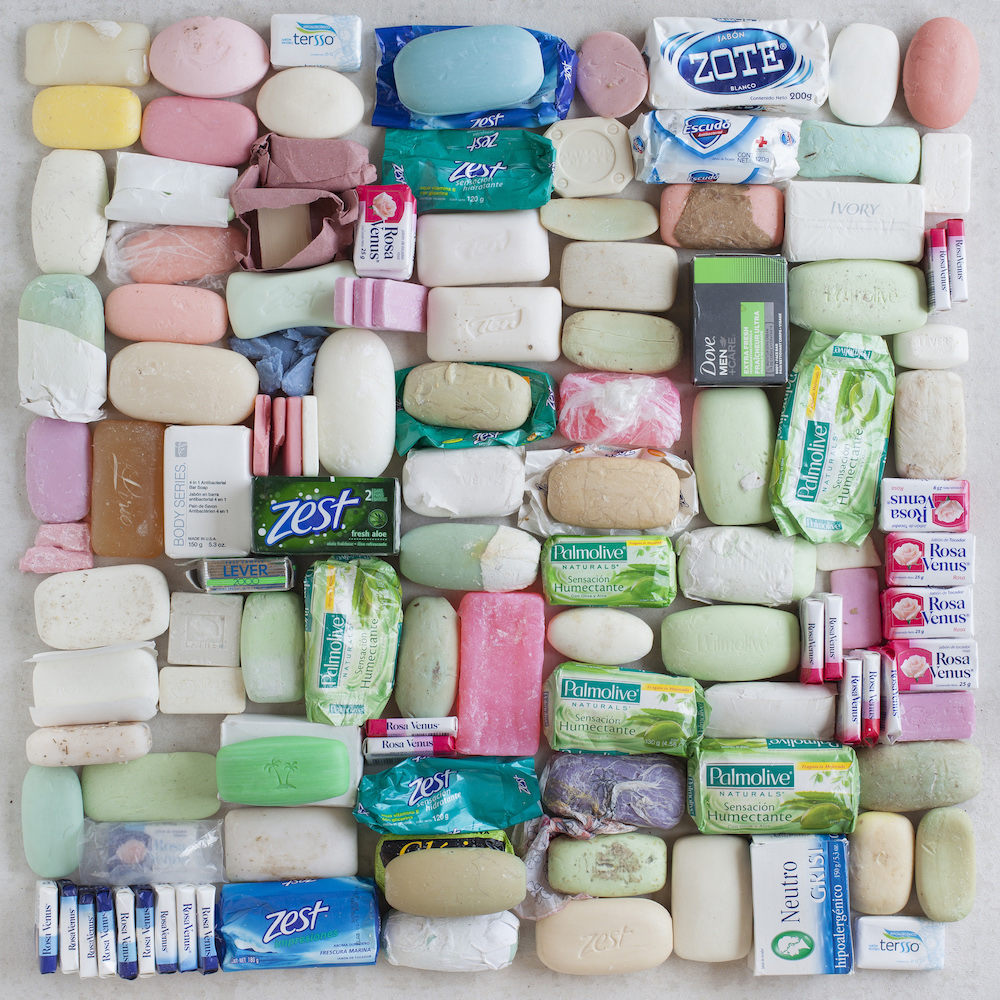 ©Thomas Kiefer, Soap is considered non-essential personal property this is disposed of during intake.

There is an inherently disturbing question behind many of the images presented in “El Sueño Americano” that defies logical and rational explanation: Why was all this thrown away?

Working as a janitor at a U.S. Customs and Border Patrol processing facility in Southwest Arizona from July 2003 until August 2014, I was greatly unsettled by the volume of food, clothing and personal belongings being thrown away at that facility. For many of these years I was allowed to collect and deliver the food items carried by the migrants, which would have been discarded during the first stages of Border Patrol processing, to our community food bank. The supervisor at the food bank estimated the total amount of perfectly good and edible food items brought in was well over 60 tons. 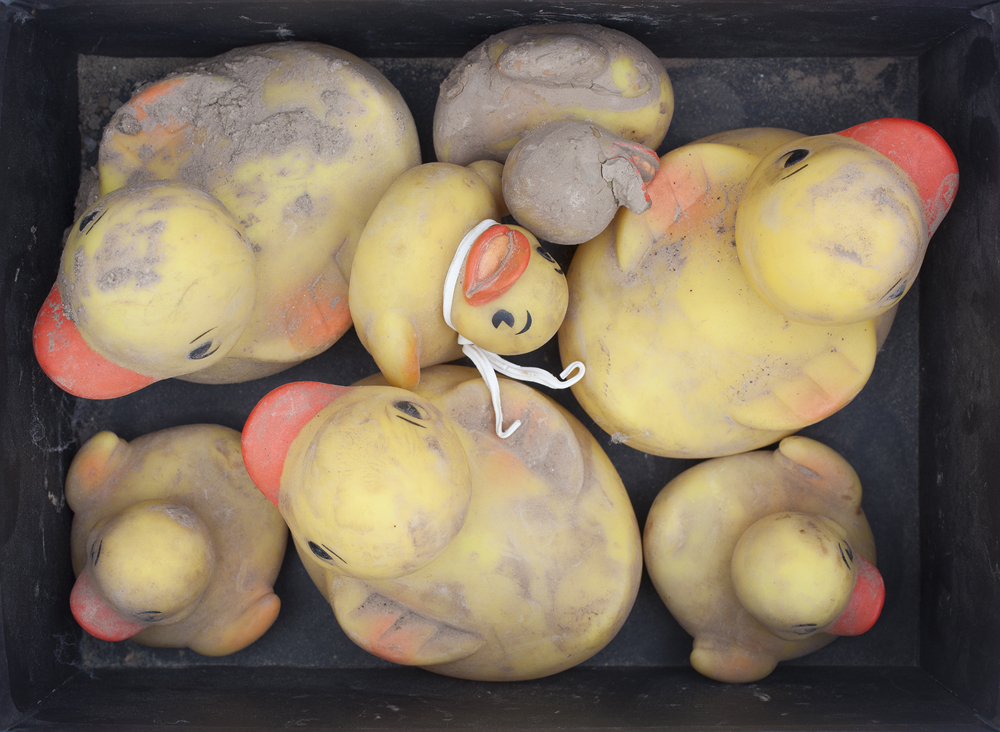 America has been described as a “beacon of hope” to those seeking opportunity, democracy, equality, fairness and freedom of and from religion. Increasingly we find our nation under a political leadership that is enacting and escalating policies that are doing irreparable harm to non-citizens who many see as a direct threat to our society and way of life notwithstanding the fact that these people willingly provide labor in jobs we refuse to do; the meat processing plants, service industries such as hospitality and fast food, construction and agricultural harvest. 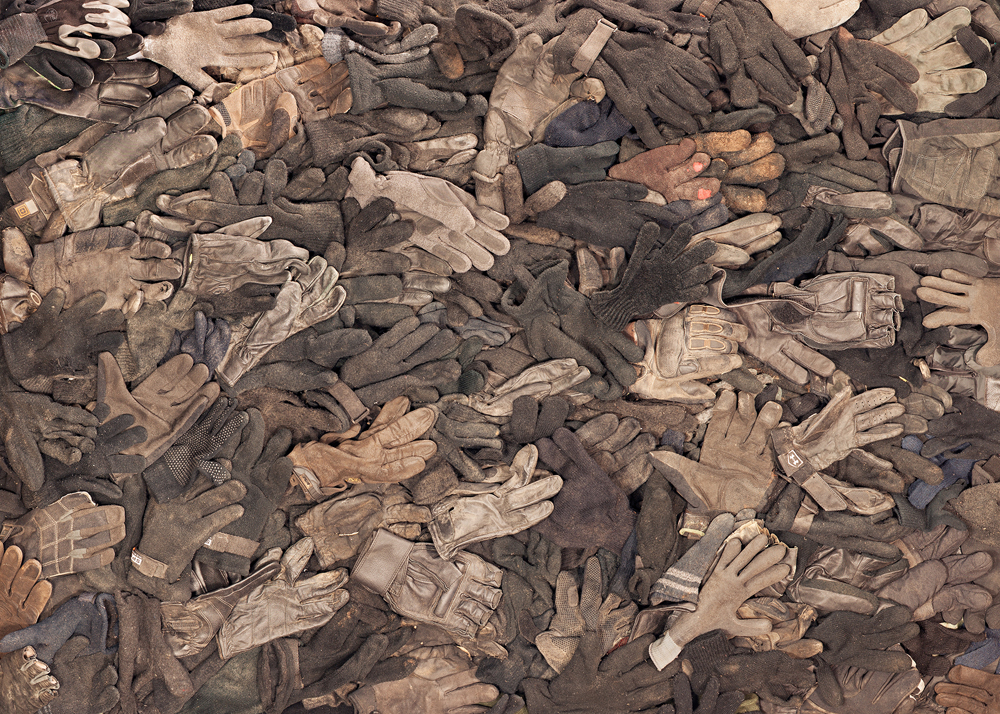 How we treat others is a reflection of who we are. When belts, shoelaces, socks, shoes, underwear, pants, shirts, keys, jackets, rosaries, Bibles, watches, billfolds, coins, jewelry, cell-phones, pre-paid telephone cards, food, soap, deodorant, medicine, condoms, birth control pills and blankets are considered non-essential personal property and discarded, their disposal is a clear and intentional act of dehumanization. – Thomas Keifer 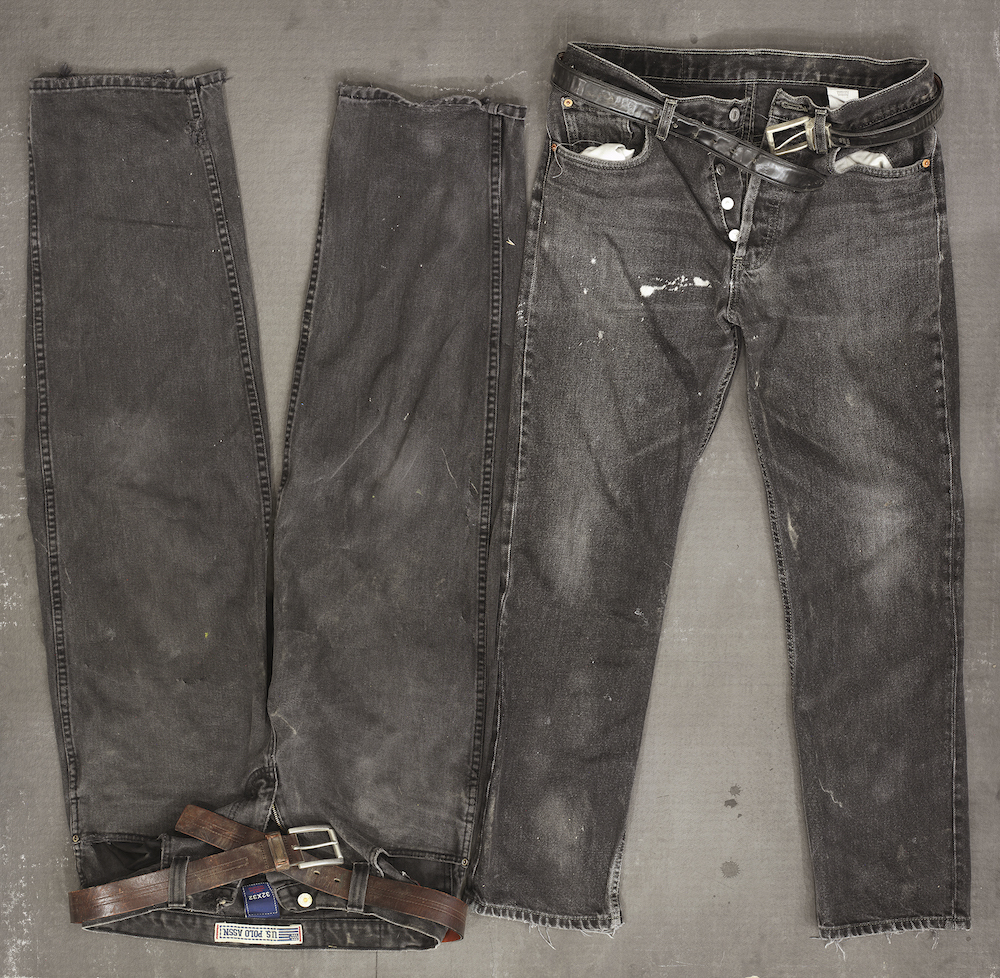 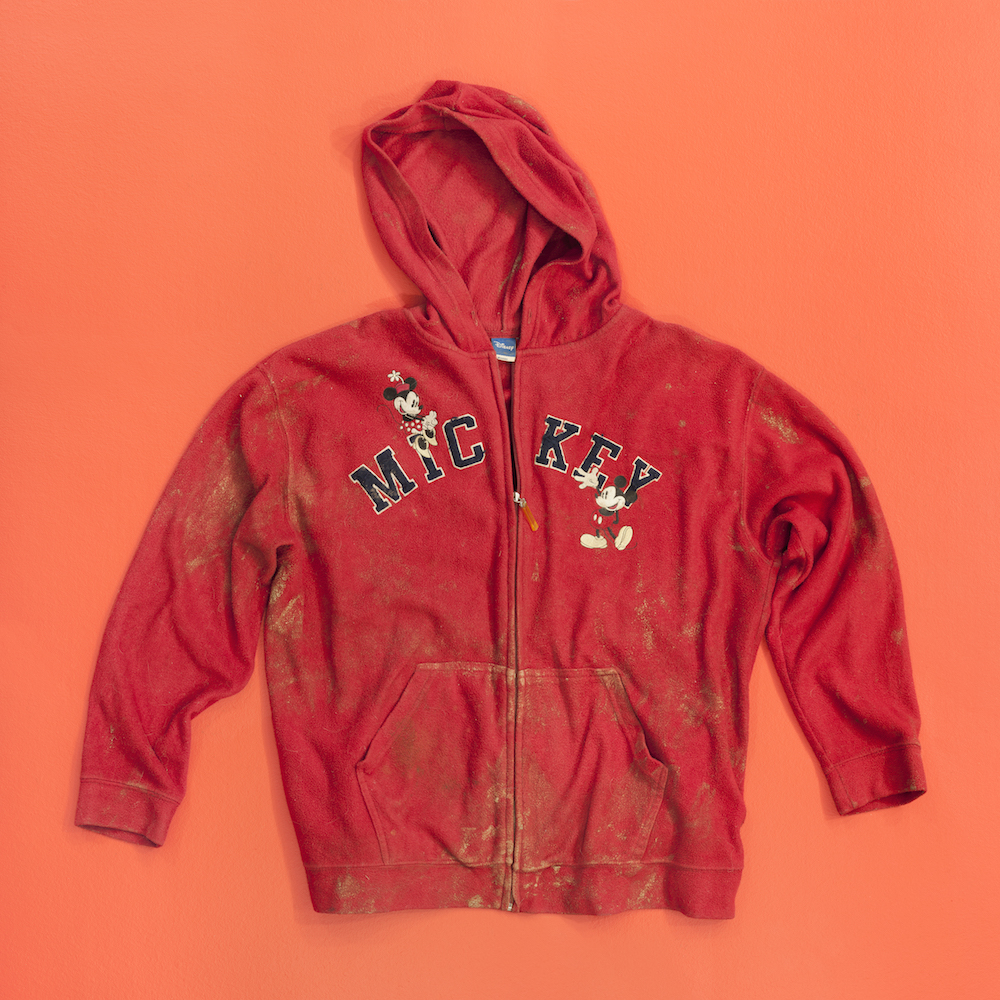 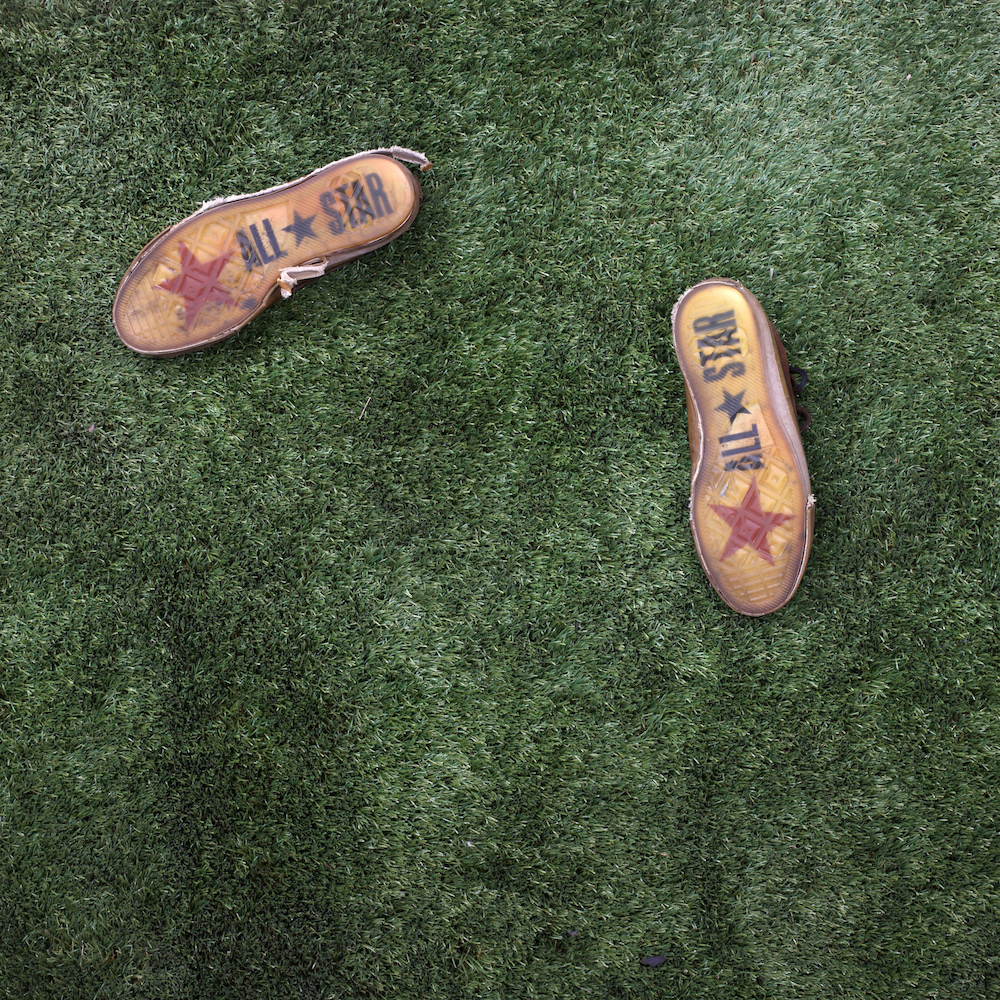 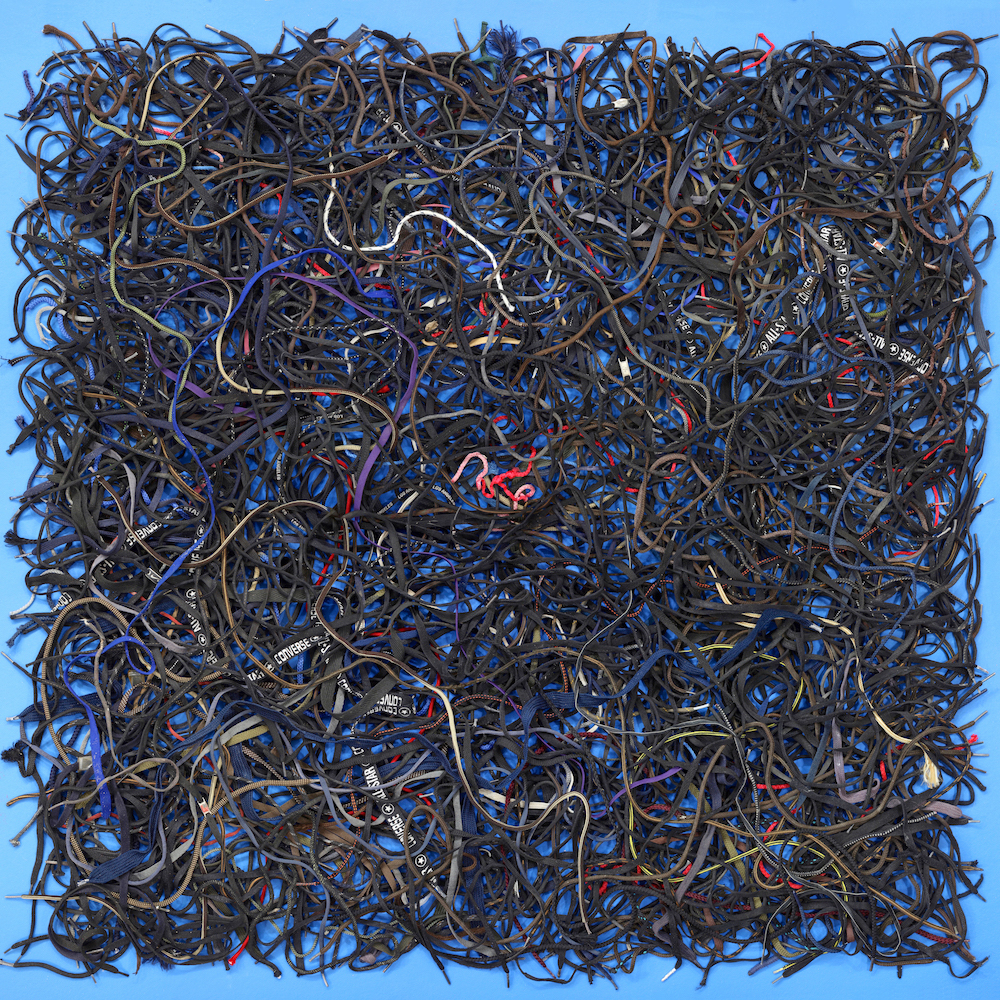 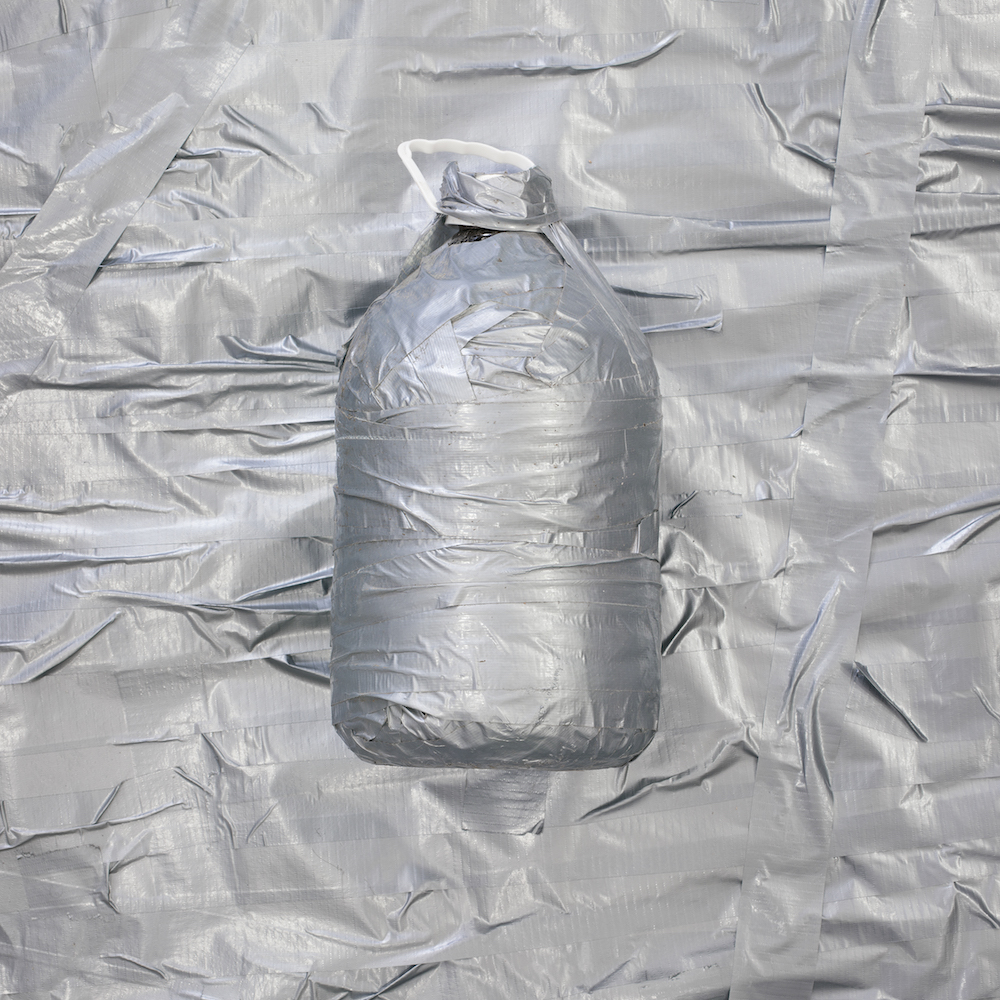 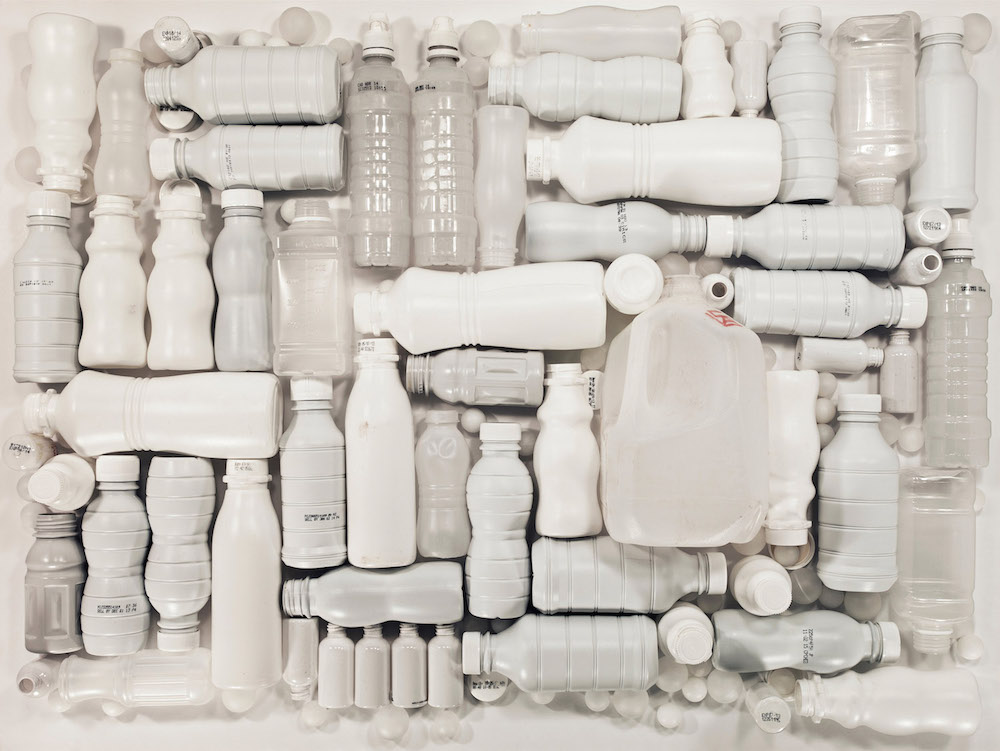 ©Thomas Kiefer, While water is the primary source of hydration when crossing the desert, dairy-based products such as milk and yogurt drinks along with protein and “energy shot” supplements are common. 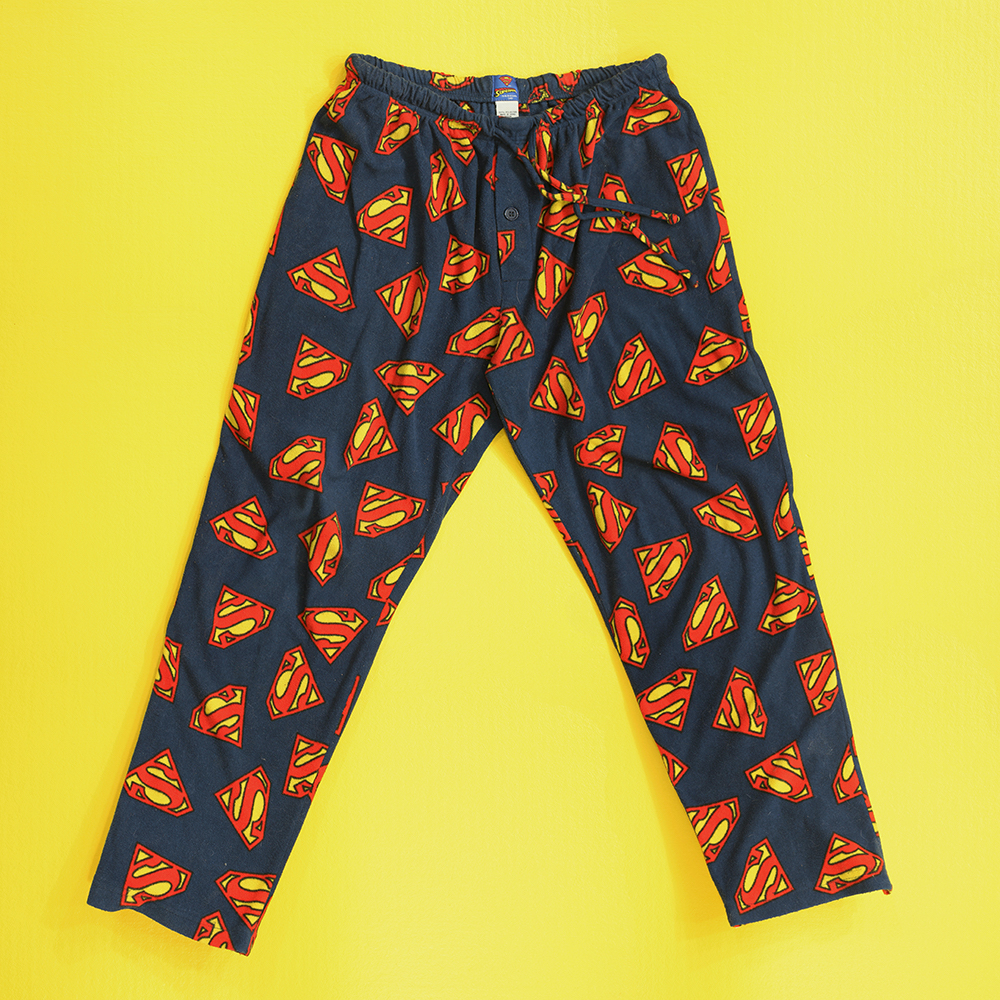 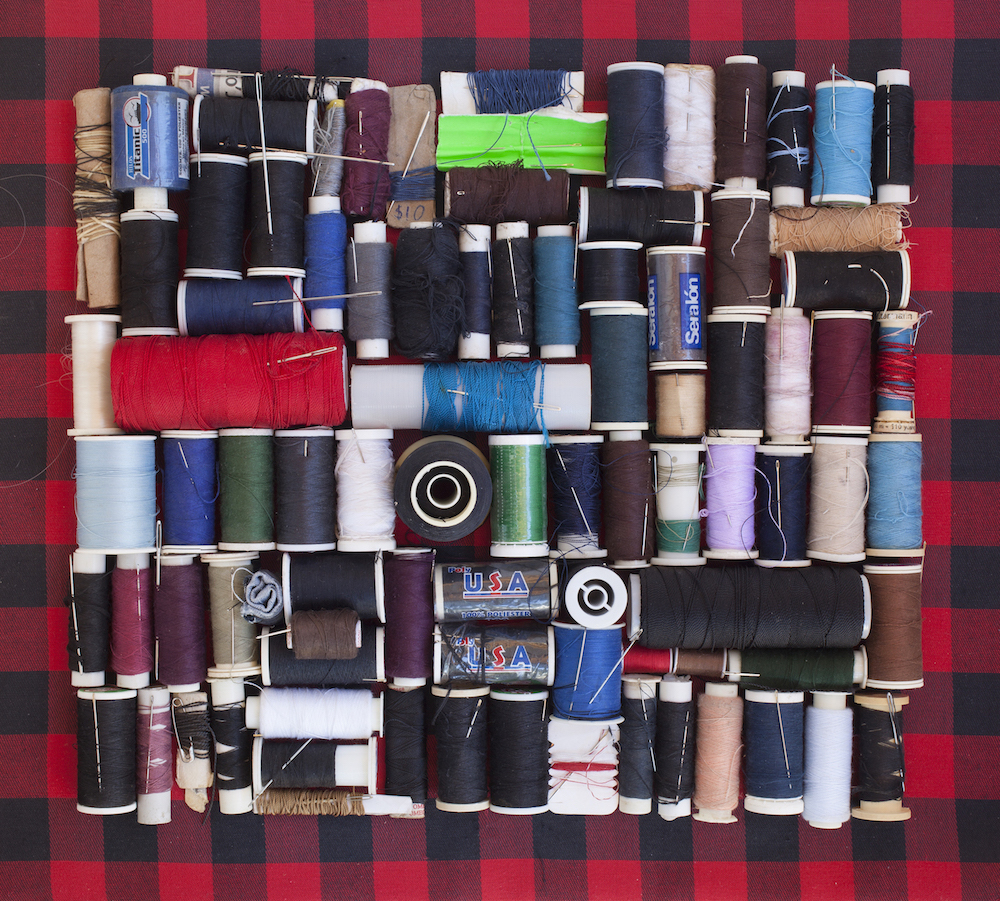 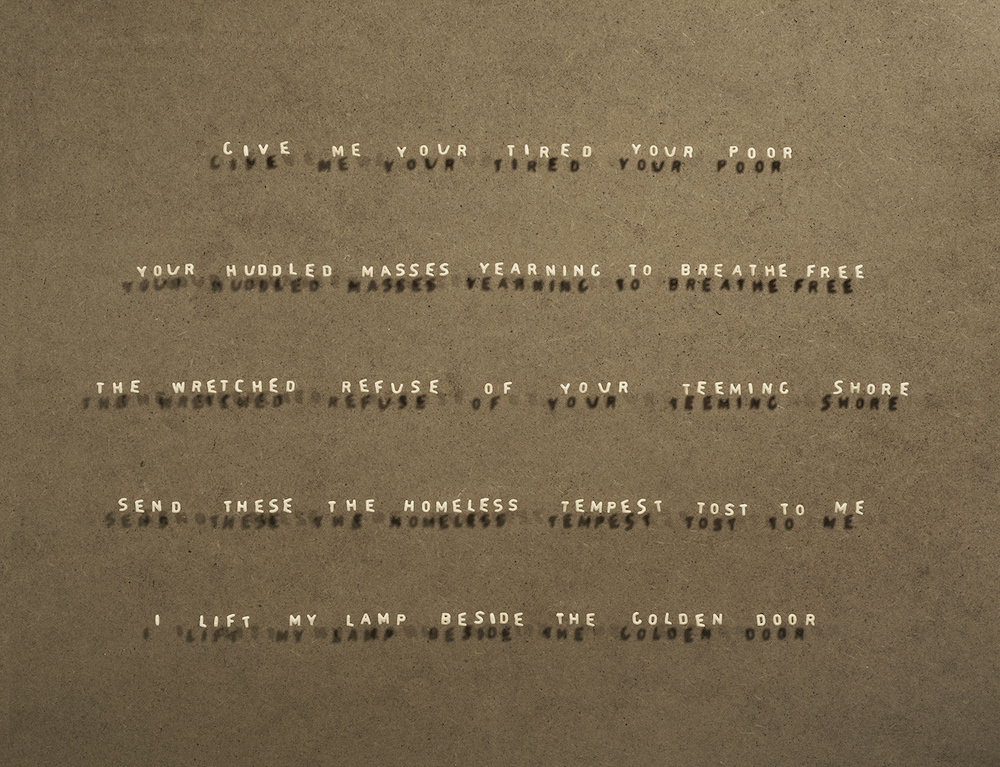