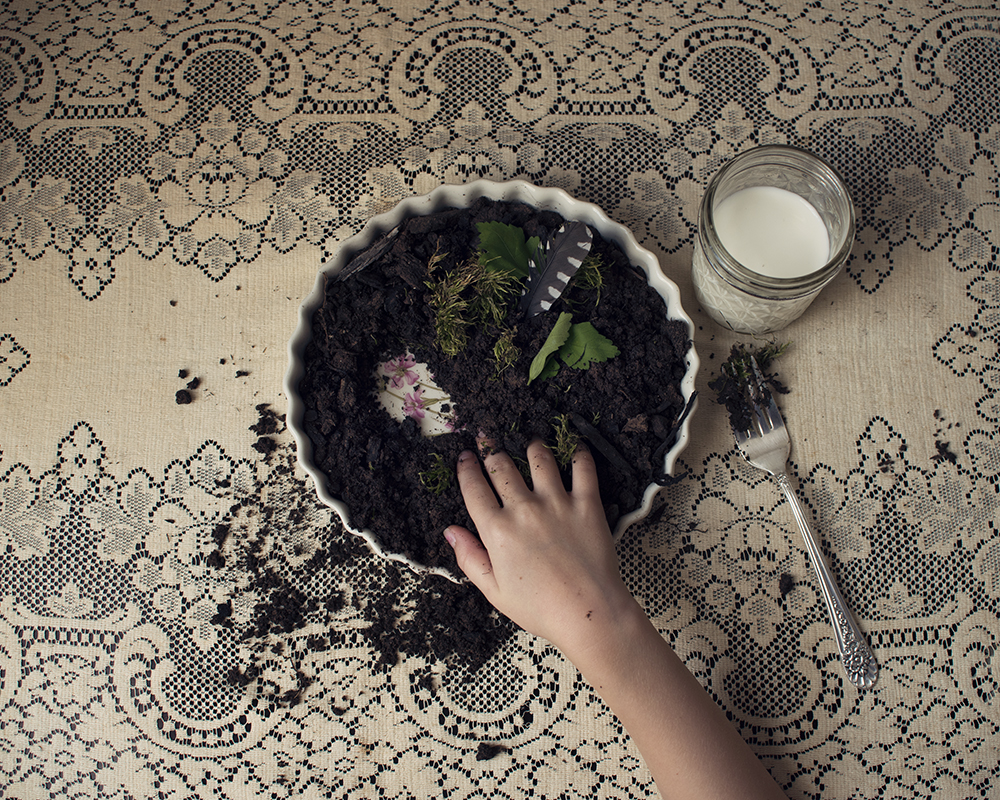 Walking into Heather Evans Smith’s exhibition Seen Not Heard at the Southeast Center for Photography is like walking into your Southern grandmother’s living room, complete with vintage flower printed wallpaper and needlepoint hoop frames on the walls.   It’s no coincidence that the series title, Seen Not Heard is rooted in the 1450 English proverb, “Children should be seen and not heard.” This centuries-old adage frames the story of Smith’s conceptual storytelling of, “the cycles that are passed down through generations and the tension between keeping to what is known and forging a newer, and perhaps stronger, path,” according to the artist.

Unlike other startling narratives of the mother/child relationship by Elinor Carucci, Sally Mann and Julie Blackmon, Smith’s images whisper to the viewer to contemplate the mother/child relationship with a visual vintage nod to the past and contrastingly, a contemporary look at the mother/daughter relationship. Smith creates a modern twist in images like Cyle as the artist holds a pair of scissors to the Victorian Collar worn by her daughter and in Confection where the daughter’s hand reaches into a pile of earth in a bowl placed on a lace tablecloth and accented by a fork full of soil. A few of Smith’s images create an intertwining of mother and daughter – legs, arms or bodies bound by a taffeta ribbon and seated on a piano bench. Smith seems to be asking, “Where do I end and my daughter begin?”

In Seen Not Heard, Heather Evans Smith creates a love story – a delicate reverence to child and daughter while contemplating the ultimate universal questions of motherhood – Who I am? Who is she? Who are we together? In the stunningly immaculate constructions of muted colorful imagery, Smith allows the viewer to solemnly explore the mother’s narrative and simultaneously be grateful for the quiet tone in which the photographs speak.

Her work was recently featured in the TRIBE Exhibition at the Fox Talbot Museum in England. 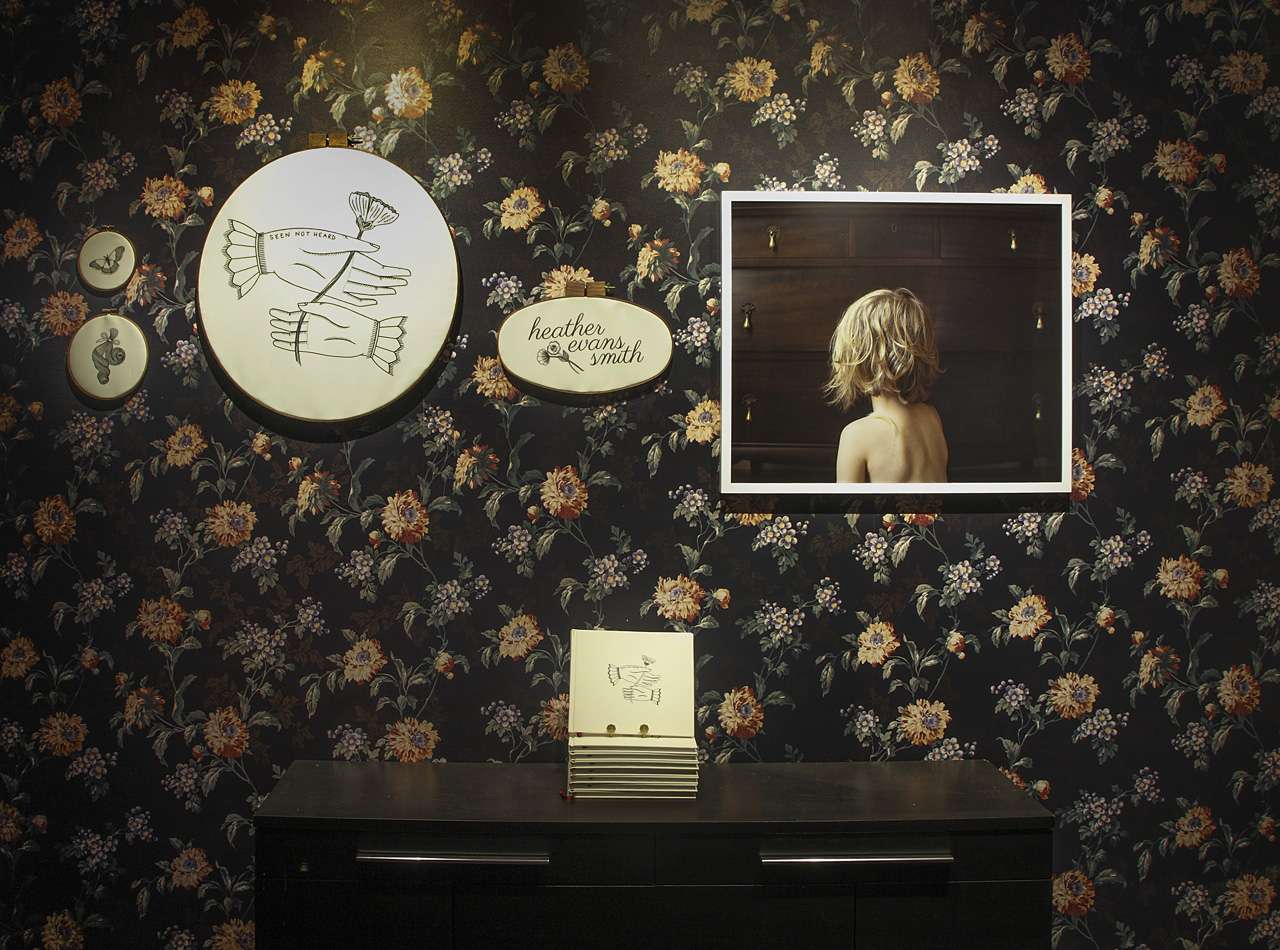 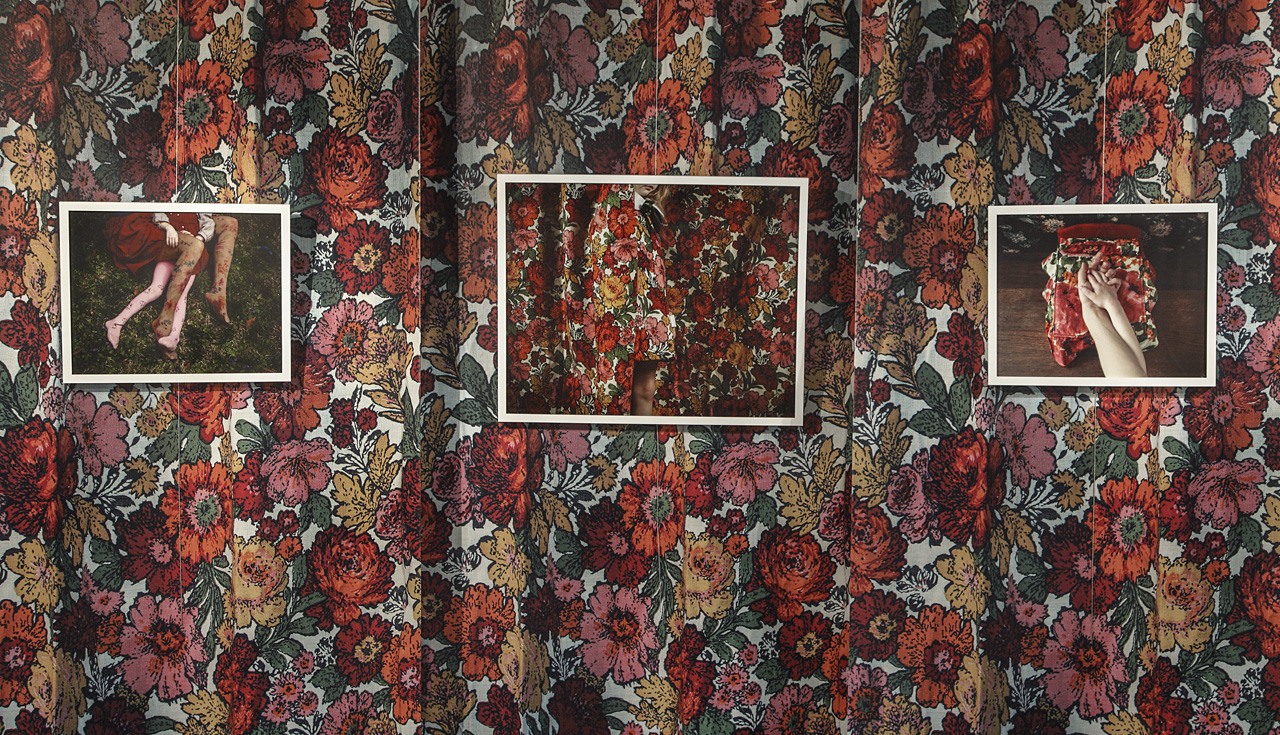 Heather Evans Smith’s work reflects her southern roots, motherhood, womanhood and a whimsical imagination she relied on as an only child in a rural town. Smith’s work has been featured in solo and joint exhibitions internationally and nationwide, magazines, literary journals and online publications. She has been invited as a guest lecturer at colleges, universities and photography conferences such as Australian Exposure in the Gold Coast, Australia and the Real Life photography conference in Alberta, Canada. 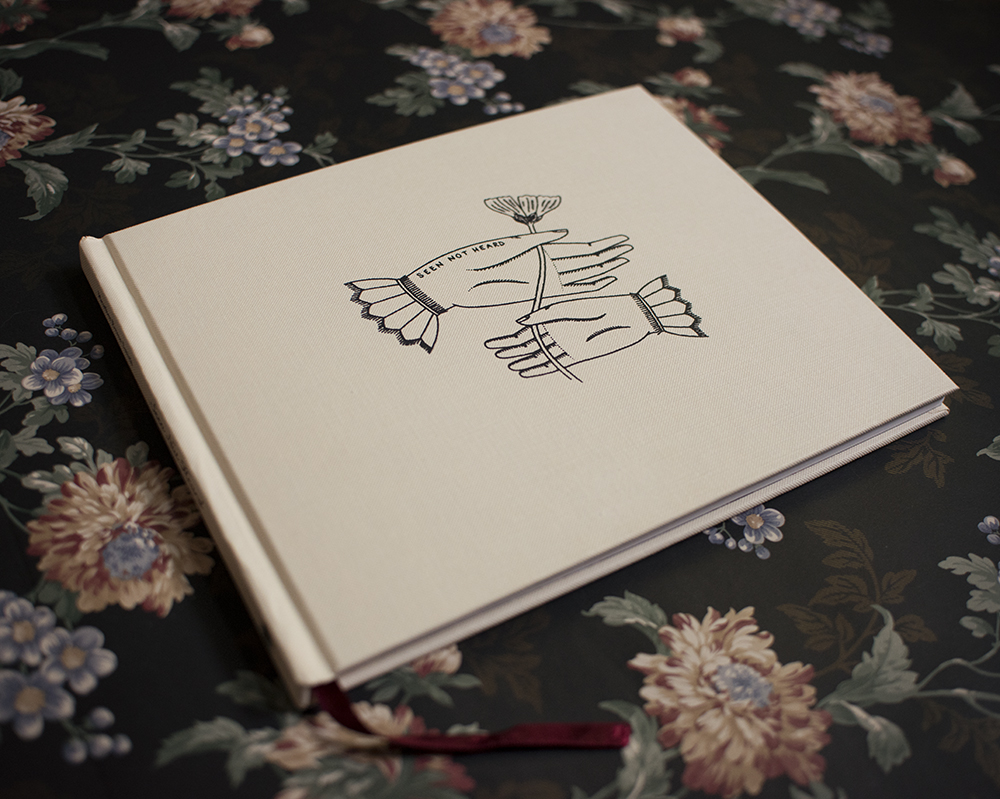 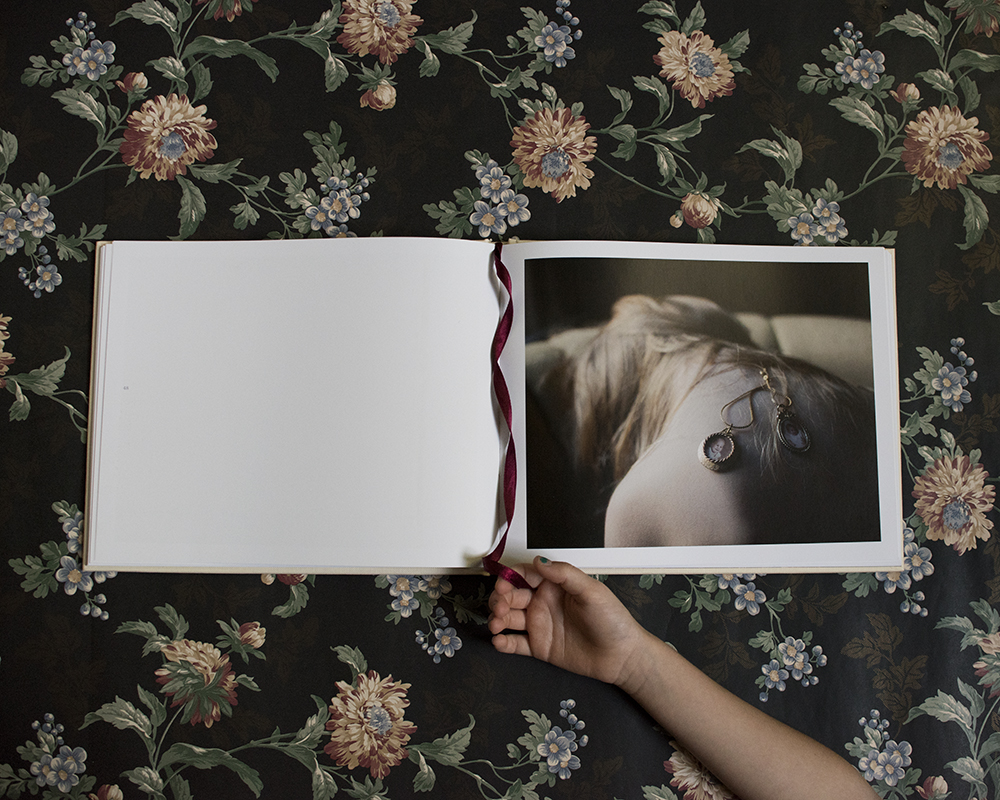 Spread from Seen not Heard

After the birth of my daughter I started creating images to express the emotions of motherhood. These images were of women and never actually included my daughter. But as she has grown from a baby into a force of nature all her own, I was drawn to pull her into my world of conceptual photography and explore our relationship during a time when emotions of love, stress and confusion are high.

Seen Not Heard takes its title from the Old English adage “To Be Seen and Not Heard”, a term often thrown about in reference to the desired behavior of children. These images are silent, but they create a voluble visual narrative on the relationship between parent and child. They explore the cycles that are passed down through generations and the tension between keeping to what is known and forging a newer, and perhaps stronger, path. As strong as the close, forever bond between mother and daughter is, there also exists a distance inherent between two different individuals. – Heather Evans Smith 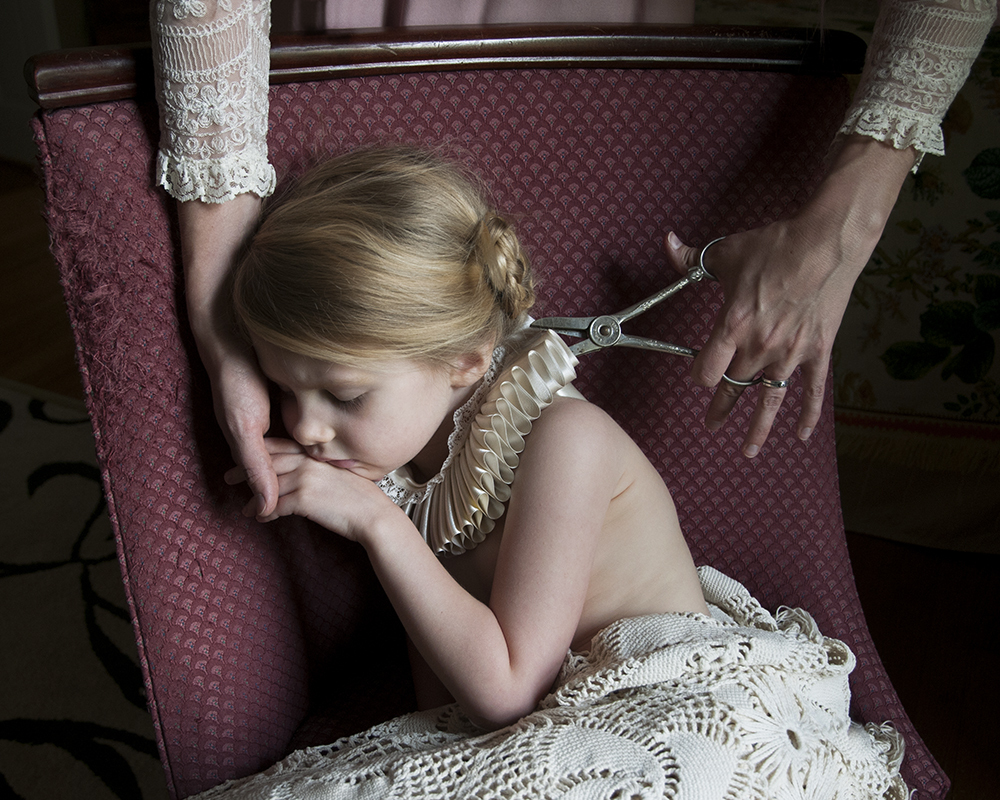 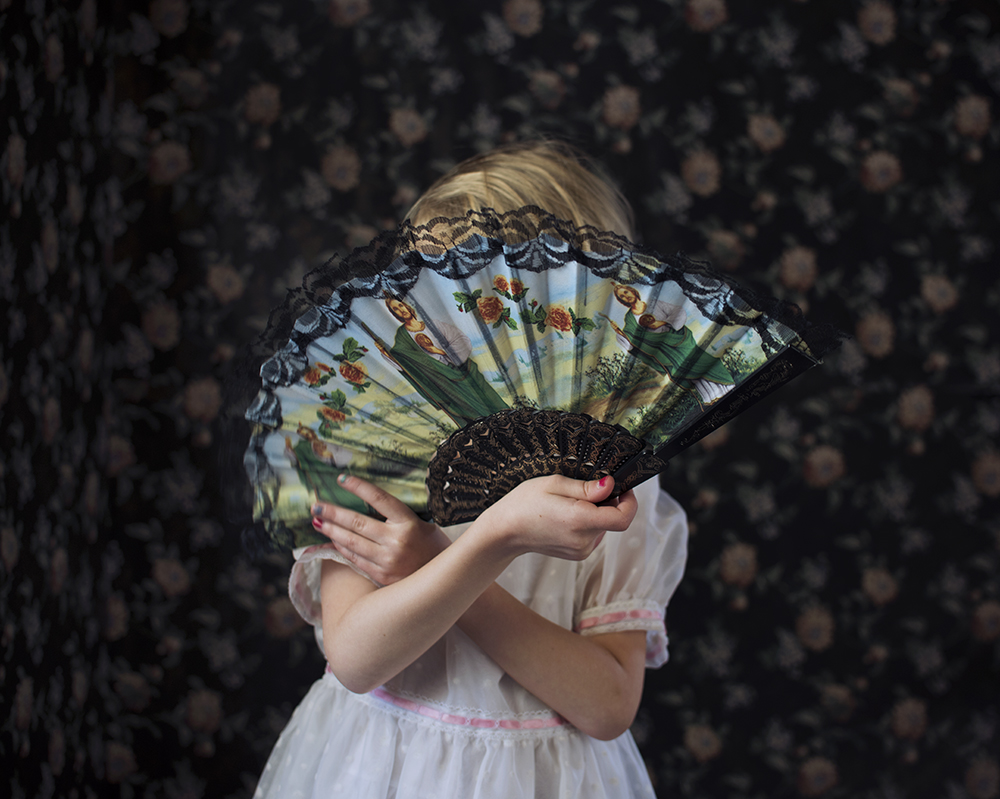 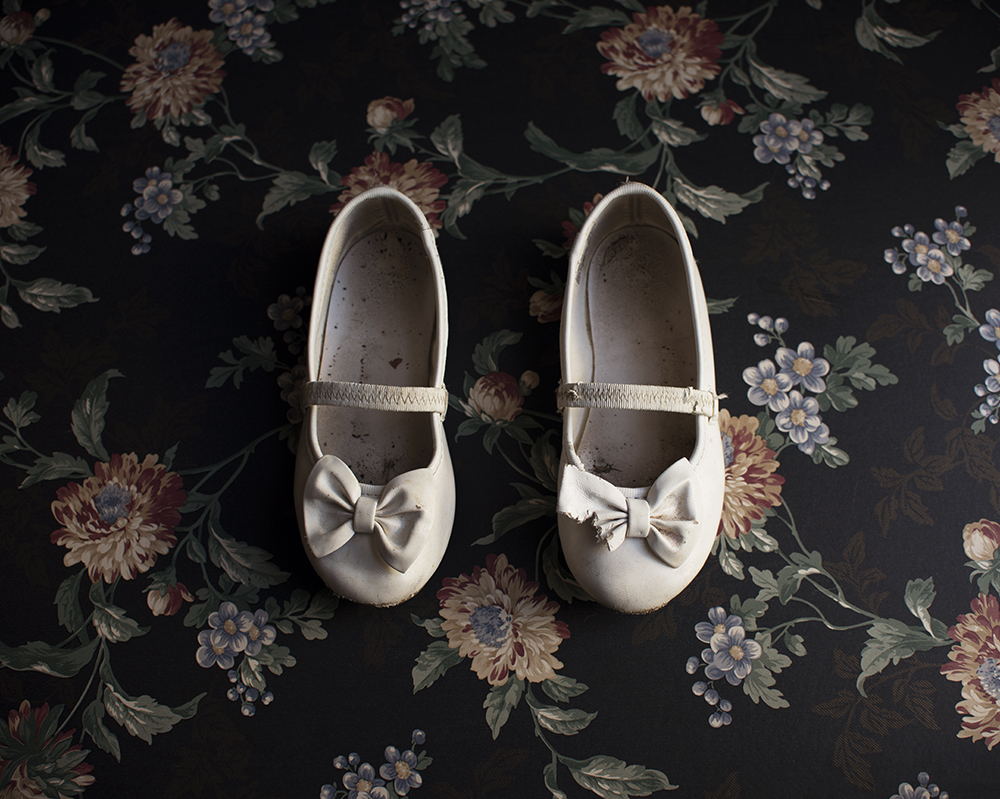 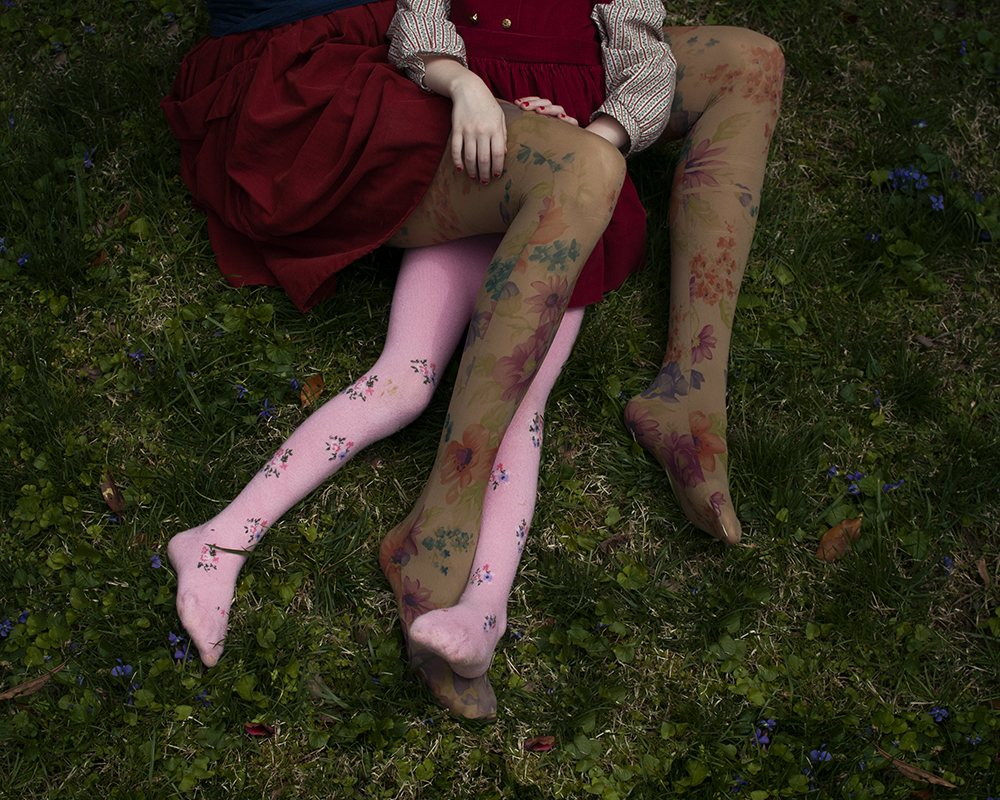 ©Heather Evans Smith, Let’s Stay Like This for Awhile 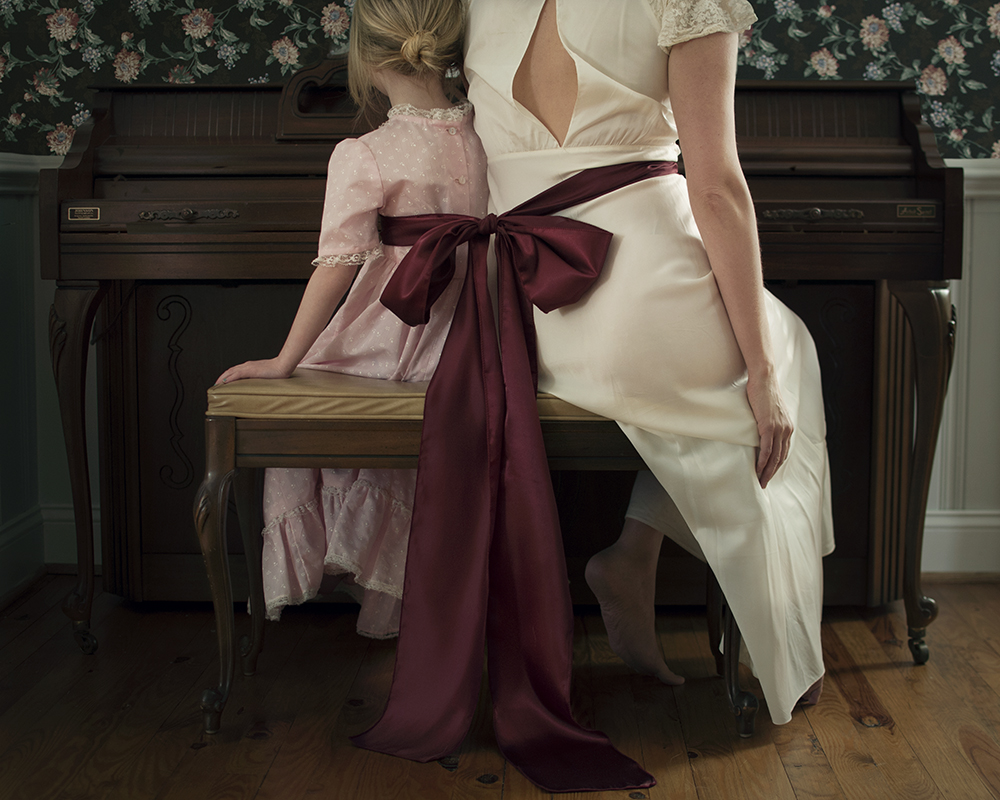 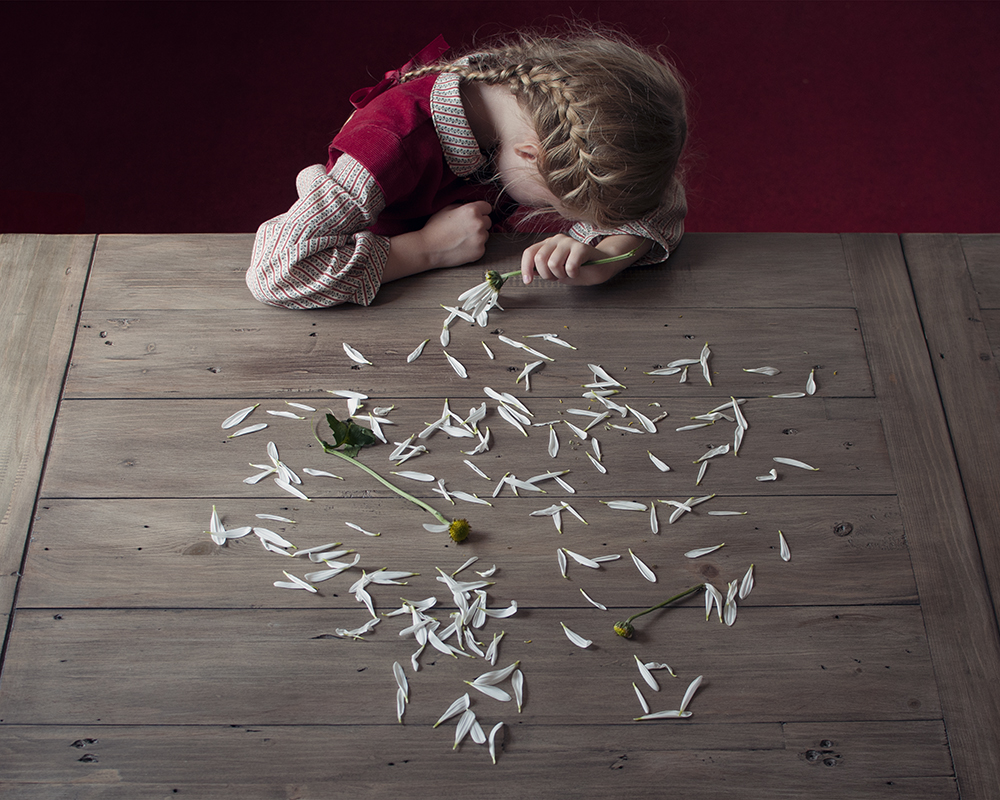 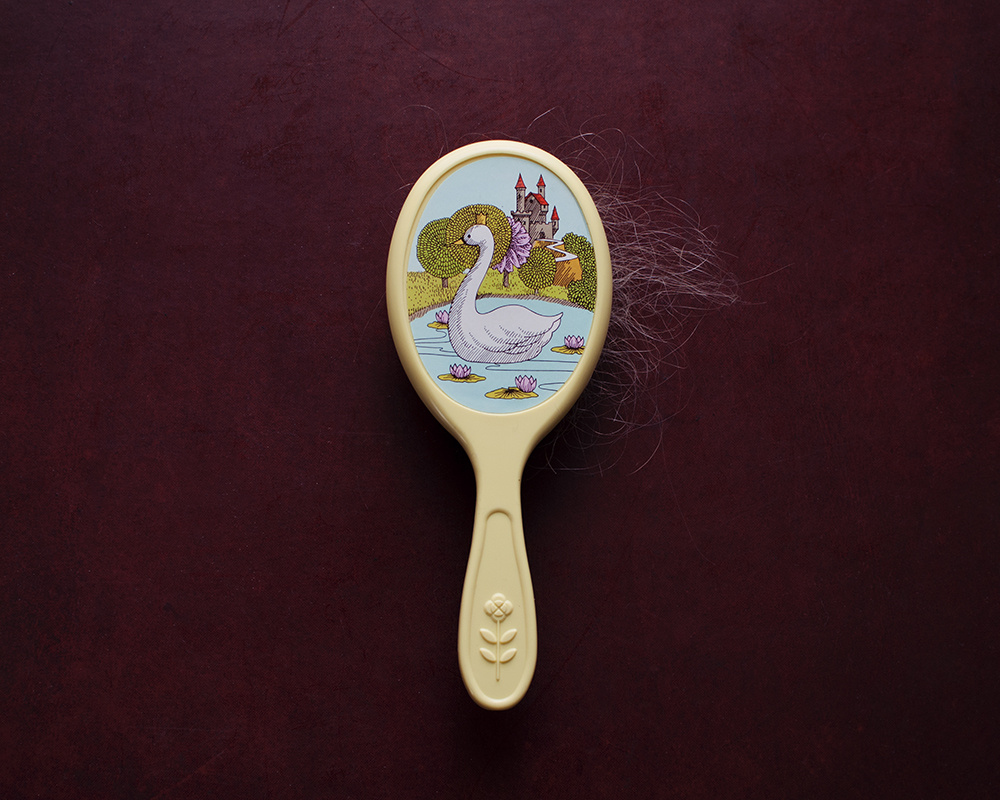 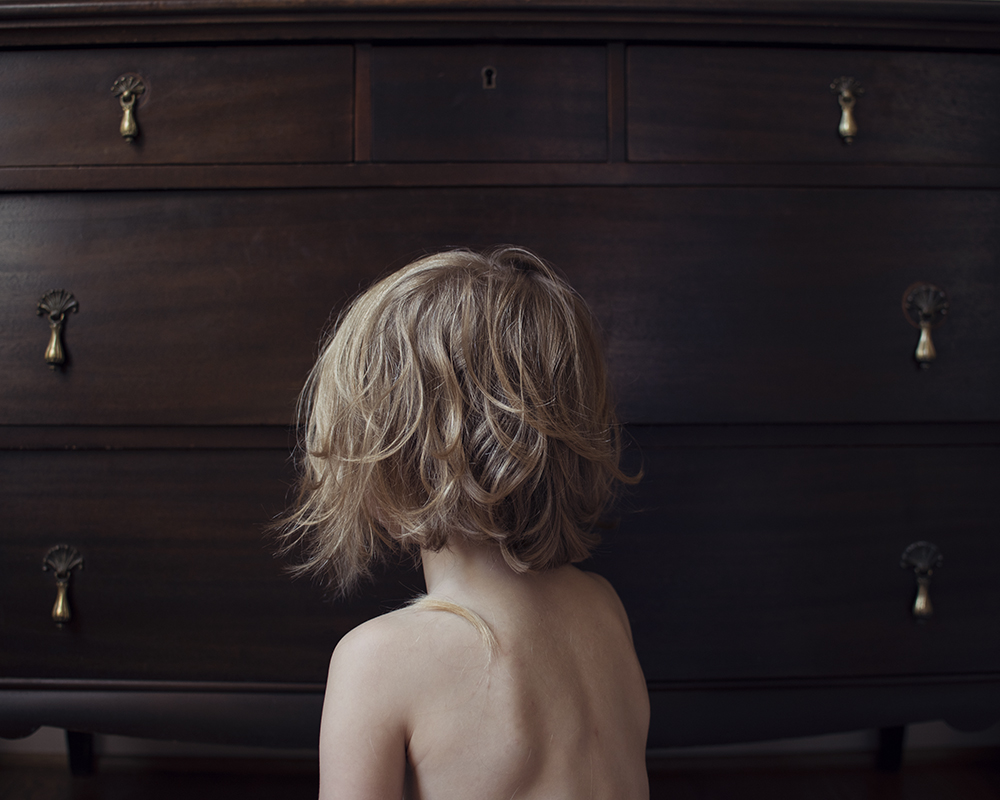 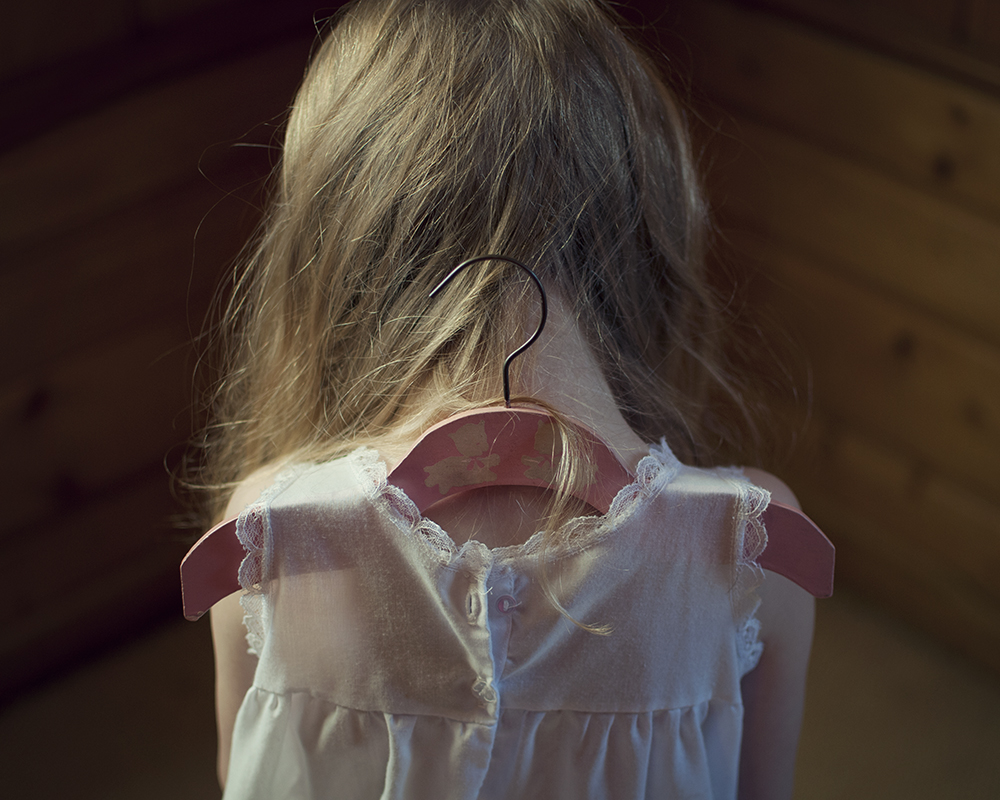 ©Heather Evans Smith, The Disagreeable Task of Fitting In 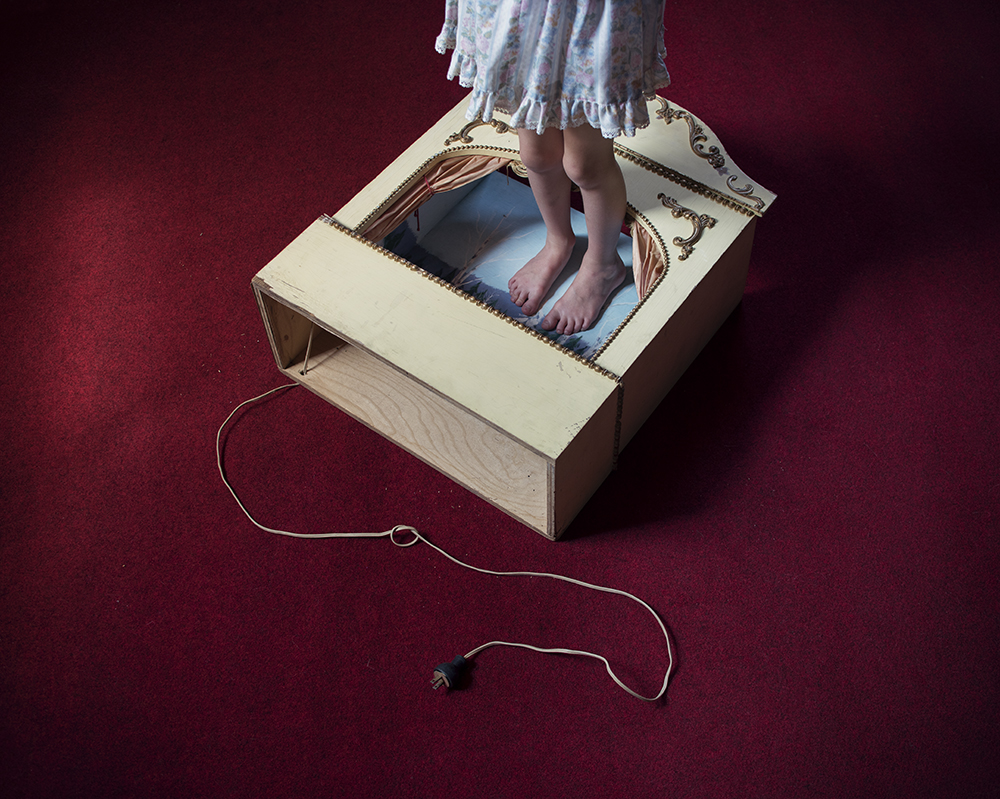 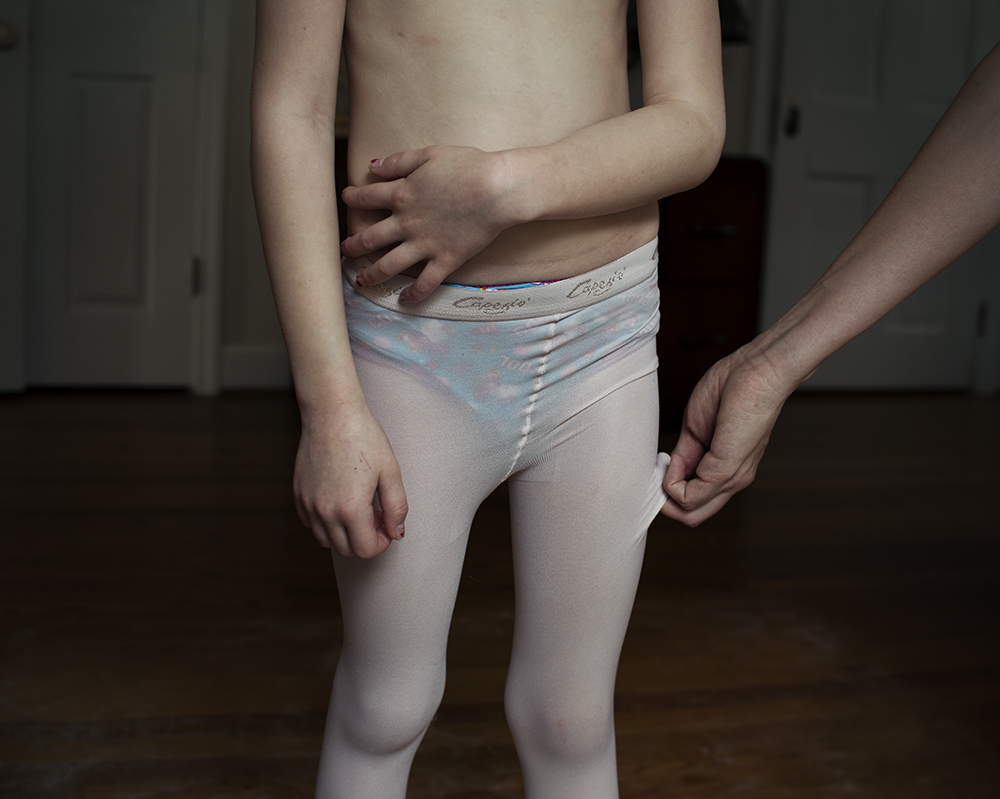 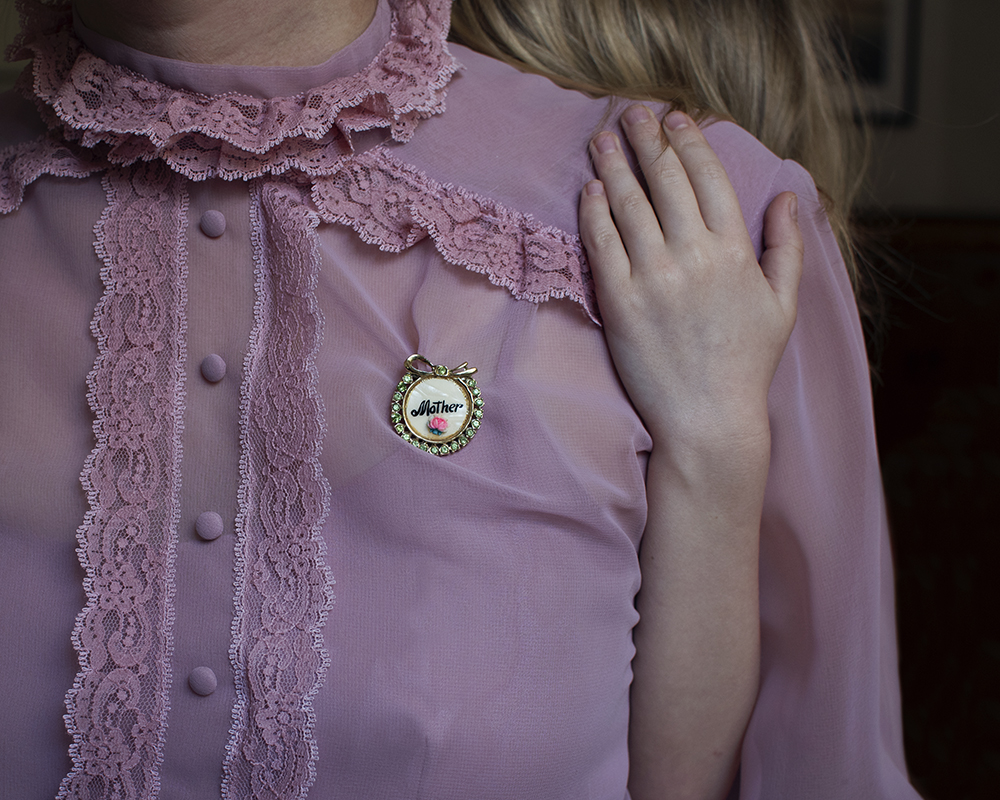 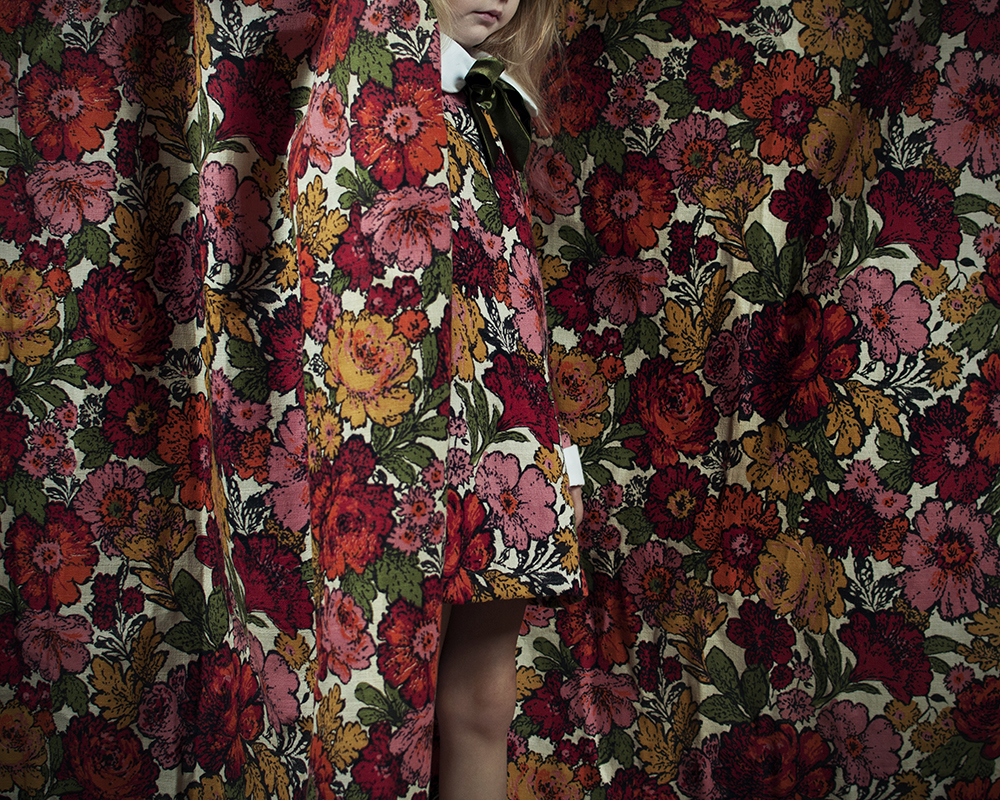