It’s a bountiful time for British photographic artist Paul Hart. He has a new monograph, Drained, published by Dewi Lewis Publishing that continues his life long consideration of the British landscape. His beautiful analogue capture of moody and graphic landscapes are a tonic to the chaos in out lives. Paul will be signing books at the Dewi Lewis booth at Paris Photo on Thursday November 8th at 6pm. Drained is the second book in a three part series which explores The Fenlands, a vast coastal plain located in the East of England. The first book Farmed (Dewi Lewis 2016 text Collier Brown) received a number of awards and has since sold out – a second edition has just been released.

Paul has also been recently awarded the inaugural Wolf Suschitzky Photography Prize 2018 and Austrian Residency. Hosted by The Austrian Cultural Forum London, this inaugural prize celebrates the life and work of the late émigré photographer Wolf Suschitzky. Two photographers are awarded – one from the UK and one from Austria – each receiving a residency in the other’s country. The prize is supported by the Austrian Federal Chancellery. The Wolf Suschitzky Photography Prize Exhibition runs from Feb 12th – April 26th, 2019. His work will also be part of a touring exhibition through the Royal Society of Photographers for most of 2019. 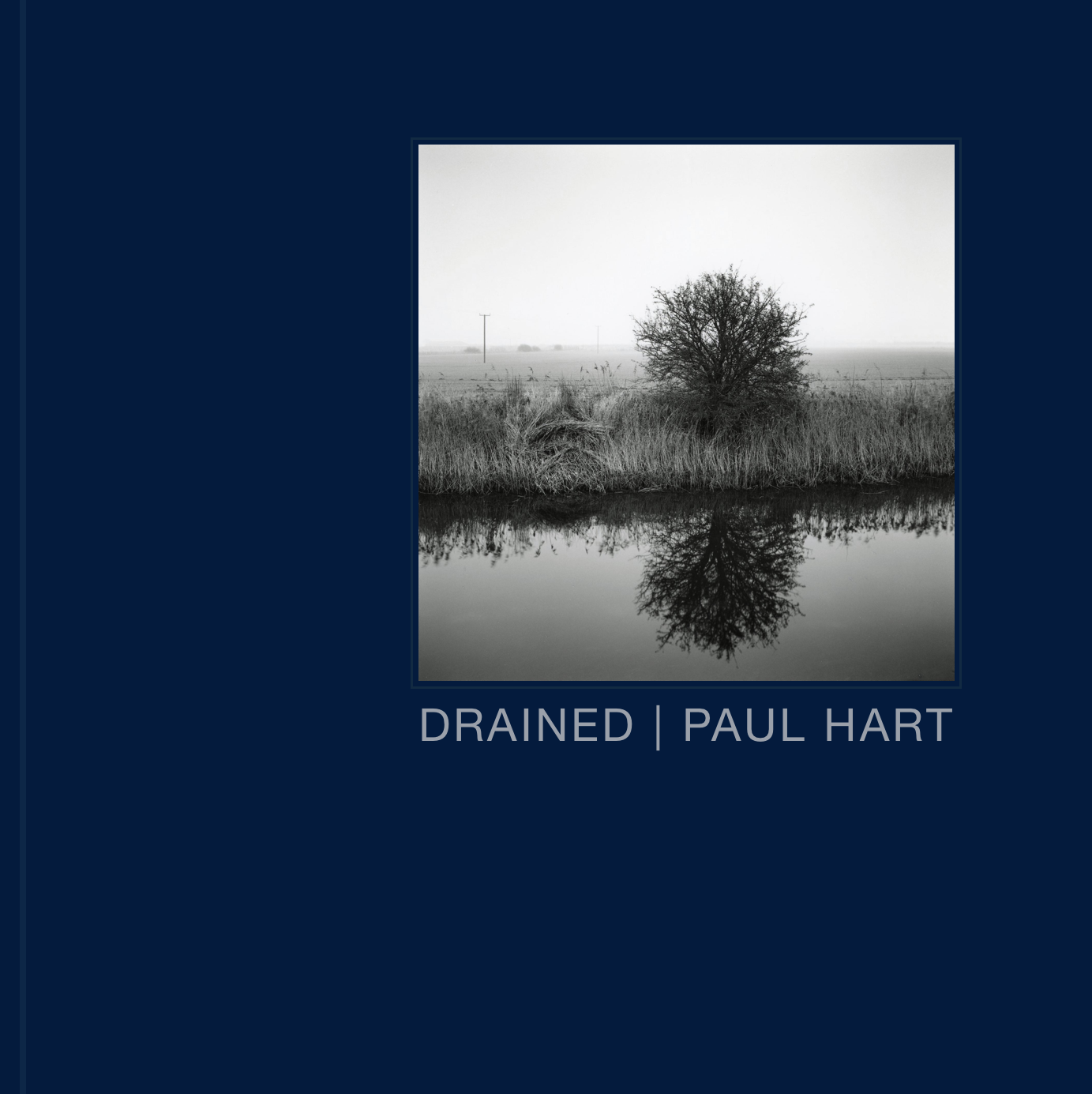 British photographer Paul Hart (b. 1961) explores our relationship with the landscape, in both a humanistic and socio-historical sense. His series usually concentrate on a specific geographical region, where he photographs intensively over a number of years. He works primarily with the black and white analogue process, working as sole craftsman from the moment the negative is exposed to the creation of the final silver gelatin print.

Hart studied Art and Design at Lincoln College of Art (UK) and graduated from Nottingham Trent University (UK) in 1988 with a BA (Hons) Photography. He has concentrated on self initiated projects for exhibition and publication for the past fifteen years. His work has been widely exhibited in the UK; recent exhibitions include ‘Poetry of Place, a solo show at The Photographers’ Gallery (London, UK), and group shows at The Cultural Foundation ARCADE (Dĳon, France), The University of Cambridge (UK), The Royal Academy of Arts (London, UK) and Na Kashirke Gallery, Moscow (Russia). Hart’s work has been shown regularly at major art fairs including ; Photo-London (UK), Paris Photo (France), and The AIPAD Photography Show, New York (USA) .

For over a decade Hart has worked in collaboration with Ilford-Photo and his pictures can be seen in numerous promotional campaigns. His work is regularly featured in the press, by publications such as; The Daily Telegraph (UK), Photomonitor (UK), LensCulture (France) and LensWork (USA). Getty images represent Hart’s early-career horticultural photography and this work is featured by clients such as The Royal Horticultural Society and BBC Worldwide. Paul Hart lives and works in Lincolnshire, UK. His third monograph DRAINED is just published by Dewi Lewis Publishing, with a text by Francis Hodgson.

The Fens, a region of reclaimed marshland in eastern England, is one of the richest arable areas in the UK. It is a landscape of agribusiness that Paul Hart has been photographing for over eight years. In his new book, DRAINED, he continues the exploration of this wide-open environment which he began with FARMED, the first in a planned series of three books about the region. This is a linear landscape of straight lines and flat horizons, with monoculture at it’s core. Hart’s narrative pinpoints the objects that remain when all that surrounds has been cleared by modern agricultural practice. He conveys nature’s vulnerability within this unsheltered, unprotected environment.

Hart’s working method is in the vein of documentary, exploring our relationship to the landscape by highlighting elements that are so often overlooked. He employs the analogue process and traditional darkroom techniques, to convey something of the soulful in a landscape. As Francis Hodgson says in his insightful introductory essay: “Paul Hart is a photographer interested in the slow harvesting of hidden truth from the ordinary places that most of us pass by … (his) placid, formally peaceful landscape is pregnant with stories that lurk in the mud or the mist.

Hart explores our relationship with the landscape in both a humanistic and socio-historical sense. His work has been exhibited widely at venues such as the Royal Academy of Art, The Photographers’ Gallery and the Royal Botanic Gardens Kew, as well as at prestigious art fairs such as Paris Photo, AIPAD New York, and Photo London. He has received several major awards including the International Photography Awards (USA) and PX3 Prix de la Photographie (France) His work is often featured in international publications and his two books, Truncated and Farmed (both published by Dewi Lewis), have received cosniderable critical acclaim. Hart regularly collaborates with Ilford Photo, and is widely known as a leading traditional printmaker, making finely crafted silver gelatin prints.

Francis Hodgson is Professor in the Culture of Photography at the University of Brighton. Highly respected as a writer and commentator on photography, he was previoulsy photography critic at the Financial Times, and Head of Photographs at Sotheby’s, London. Francis was a co-founder of the leading photography prize the Prix Pictet.