I first became aware of Liz Albert’s project, Family Fictions, through Float Magazine’s The Road Exhibition. I loved the vintage diptych (see above) that perfectly described a family road trip that included a bored teenager with a cigarette. Needless to say, I was looking forward to seeing her work in Houston. The artistic use of vernacular found family slides comes from her skilled pairing of images. As she states, “There is a subversive pleasure in working with other people’s family memories and manipulating their meaning by changing the context in which they are viewed.” The work allows us to be voyeurs into anonymous lives and find amusement in the juxtapositions of the subjects.

Liz opened a 4-month exhibition of Family Fictions at The Danforth Museum which has been extended through the summer and a video from the exhibition follows.  She will open a Solo Exhibtion at Revela’t – Contemporary Analog Photography Festival in Vilassar de Dalt, Spain (outside of Barcelona) from Sept 24-October 4th.

Liz Albert is a photographic artist who has exhibited her work in shows throughout the United States including The Photographic Center Northwest, The Griffin Museum of Photography, The Photographic Resource Center, The A.I.R. Gallery and The Houston Center for Photography. Online and print features include: Fisheye Magazine, Fotoroom, Fraction Magazine, Ain’t Bad, and The Photo Review, as well as the French weekly magazine, Courrier International. Her work was also in the national exhibition of The Fence 2018, which toured seven cities throughout the US and Canada. Her series, ”Family Fictions” was most recently featured in a solo exhibition at The Danforth Museum of Art, in Framingham, Massachusetts. She holds a BFA from the University of Michigan, an MFA from Maryland Institute College of Art, and a post-baccalaureate in teaching from Massachusetts College of Art and Design. She is originally from Grand Rapids, Michigan and lives with her family in Belmont, Massachusetts. 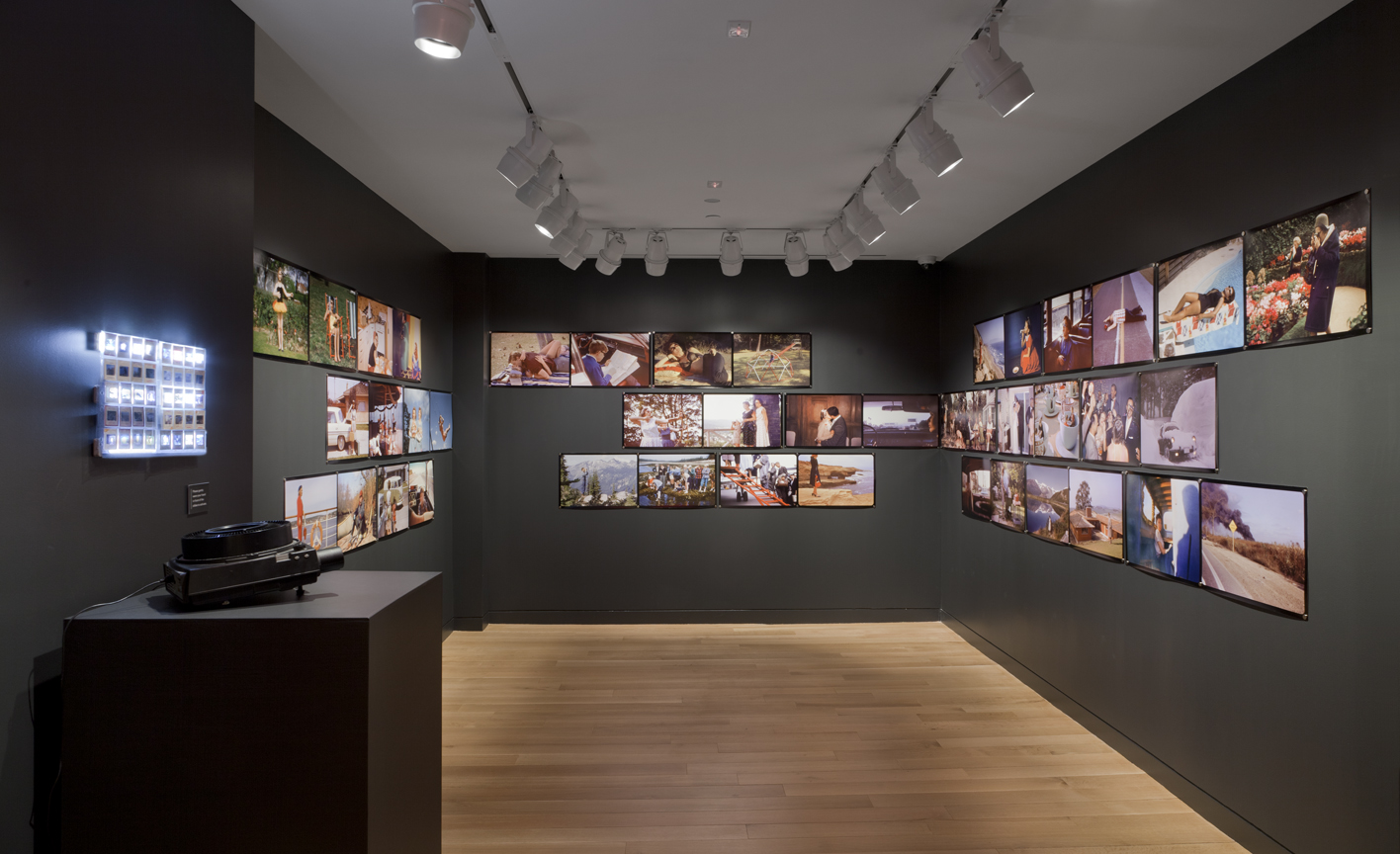 ©Liz Albert, A Map Will Lead The Way

Family photographs document reality…or do they? Revisiting these images years later, we often project what we want to remember, whether it really happened that way or not. In this project I have gathered anonymous photographs of family experiences, and by selecting and pairing images in a different context, give new meaning to both the images and the relationships within the frames.

I began this project by taking a closer look at my own family slides. In the neatly arranged metal boxes were scores of pictures from family vacations, birthday parties and playing “dress up”. I soon realized, however, that although I had a strong connection to these images, they were not “good” photographs – making them only interesting to my family and myself. Putting these aside, I wanted to look deeper into the family archives of others. I turned to eBay where I’ve continued to peruse thousands of individual slides from the 1950’s-1970’s, acquiring those which I find to be emotionally and visually compelling. What I’ve found there is the prevalence of images of vacations, train travel, and women (often nudes), along with a relative lack of diversity. Pairing these pictures together and making them large scale allows me to be the director of my own Hitchcock movie – selecting scenes which, combined with others, suggest a story line, which is evocative and cinematic.

These pairings often use humor to highlight the struggle and loneliness of managing society’s expectations while meeting one’s personal needs and desires; a feeling further emphasized by the juxtaposition of individuals in separate frames, or worlds. Many of the characters are women, venturing off on their own, whether it be the desert or the mountains, leaving behind the responsibilities of what’s happening in the adjacent frame; both physically and emotionally. It’s uncertain, however, if they will ever get to where they are going – or even if they know where that place is.

There is a subversive pleasure in working with other people’s family memories and manipulating their meaning by changing the context in which they are viewed. Ironically, even though I decided not to use my own family slides for this project, in the end, the individuals in these photographs reflect feelings from my own childhood as well as present day family dynamics. Which just goes to show – we are always close to home even when we are far away.

©Liz Albert, In Their Element