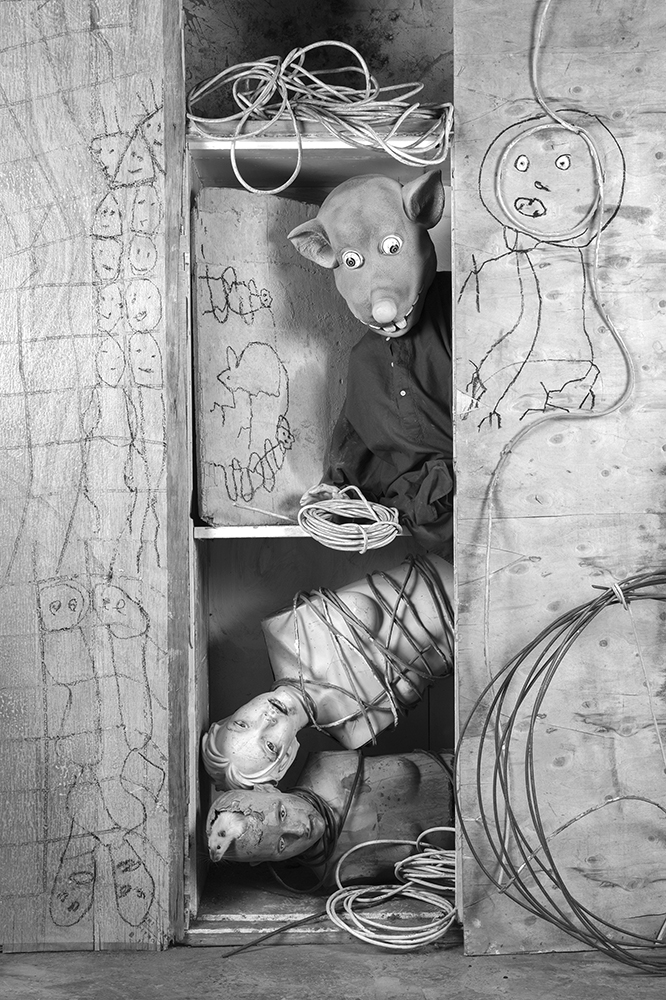 In these images I documented and created a part-human, part-rat creature who lives an isolated life outside of mainstream society. Roger the Rat presents a persona that gives expression to the human psyche and the hidden forces that shape who we are. – Roger Ballen

There was a scene in a recent David Lynch documentary where he tells the story of his father visiting his art studio when he was still a student. He invited his father down to the basement to see his “treasures” of dead mice and other oddities. His father was silent as he considered the items, and once back upstairs, David’s father counciled him to never have children. Johannesburg-based American photographer and painter Roger Ballen has been in his own basement of sorts for 35 years, creating work that is dark and surreal and right up my alley. I have always been a fan of his work, even own a few of his photographs–maybe its because I am drawn to visuals that challenge the norm. His authentic ability to construct bizarre and strange worlds is uniquely his own.

Roger has just released a new book and soon-to-be-film based on his character, Roger the Rat. The book follows the life of a creature whose body is human but whose head is that of a rat. Ballen’s rat character interacts with mannequins, people and various objects in often cramped and oppressive rooms, in ways that defy explanation but seem at once humorous and sinister. “Even though this work could be seen to be radically different than my previous work, the images could be viewed in essence as ultimately uncanny and absurd in meaning pervaded by the Ballenesque aesthetic.” 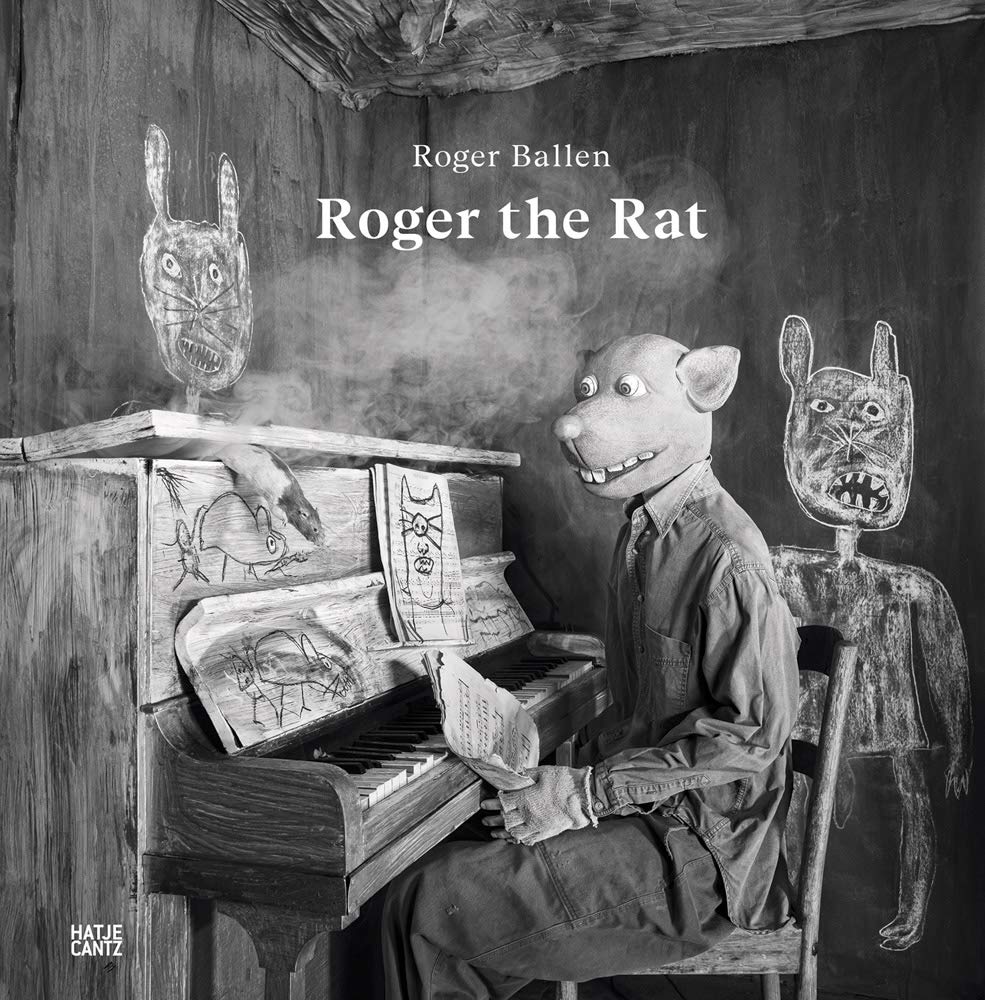 Roger Ballen | Roger the Rat reveals his state of mind from Roger on Vimeo.

Throughout his career, Roger Ballen has pursued a singular artistic goal: to give expression to the human psyche and visually explore the hidden forces that shape who we are. In these sixty black-and-white photographs Ballen creates a persona, Roger the Rat. Here, Ballen unveils a selection of uncanny photographs so completely different from his previous work, yet still possessing the unmistakable Ballenesque aesthetic. Produced in Johannesburg between 2015 and 2020, Ballen creates and documents a part-human, part-rat creature who lives an isolated life outside of mainstream society. This book presents the cycle of photographs in the form of an impressive show that keeps the reader reflecting upon them long after the last page has been turned.

Roger Ballen (*1950, New York City) has lived in South Africa since 1982 and is one of the most important and original art photographers working today. He is best known for his probing, often challenging images that exist in a space between painting, drawing, installation, and photography that is commonly referred to as Ballenesque. 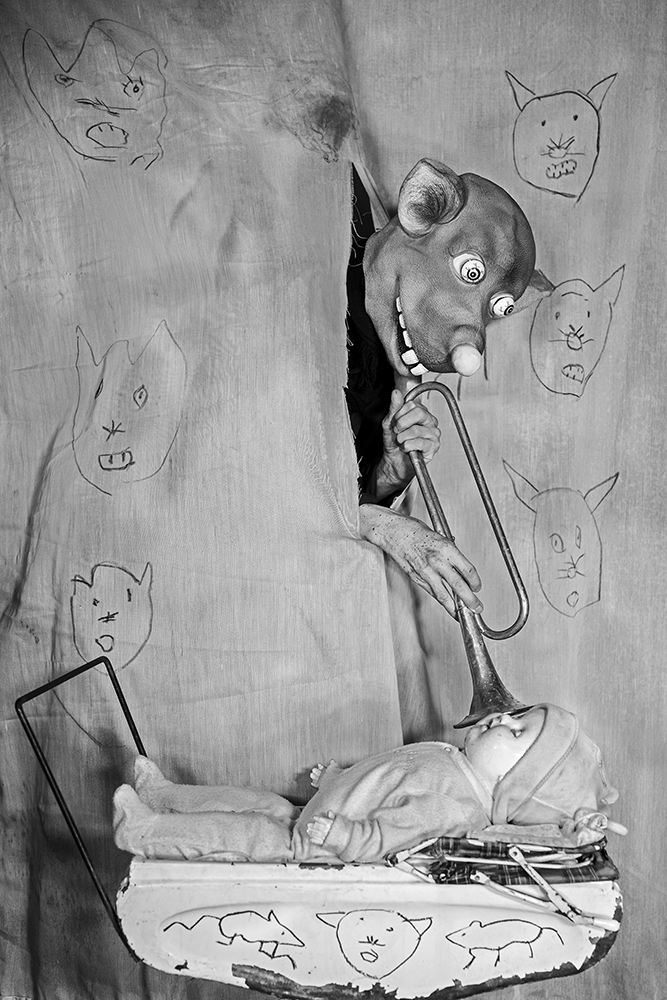 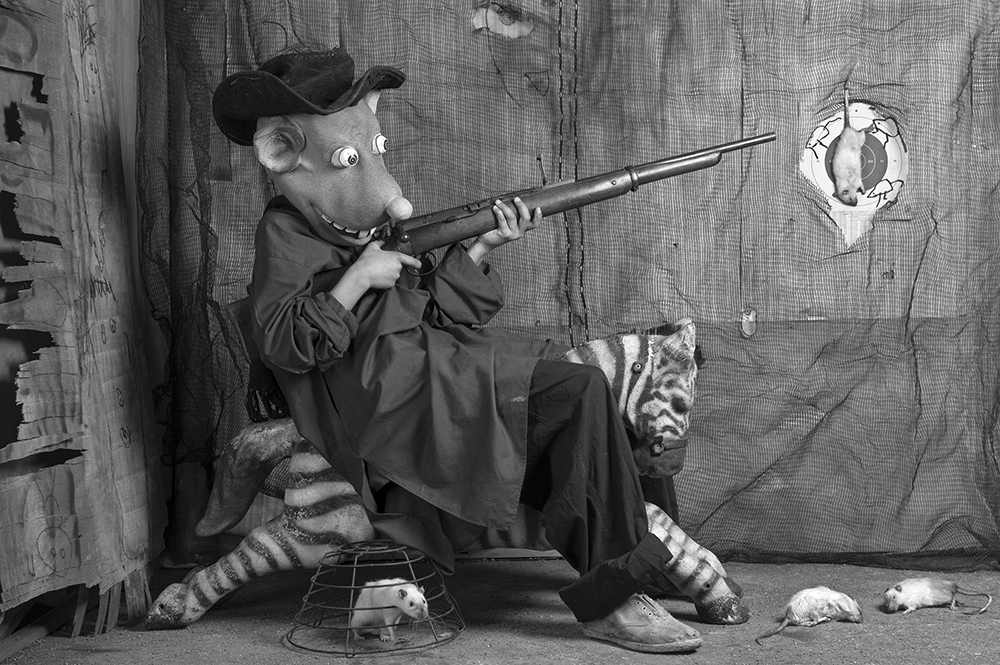 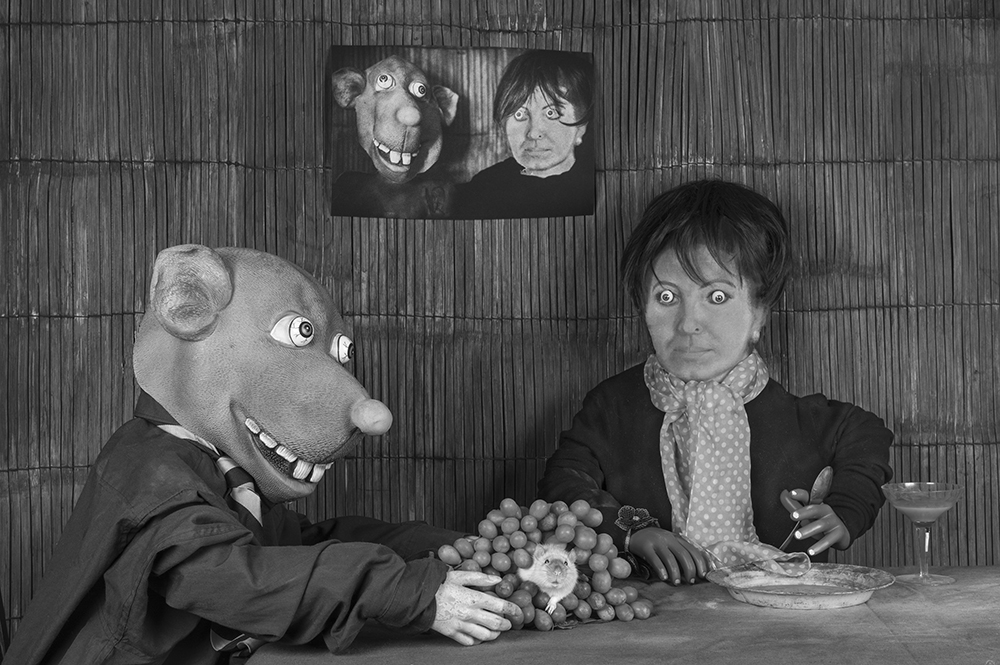 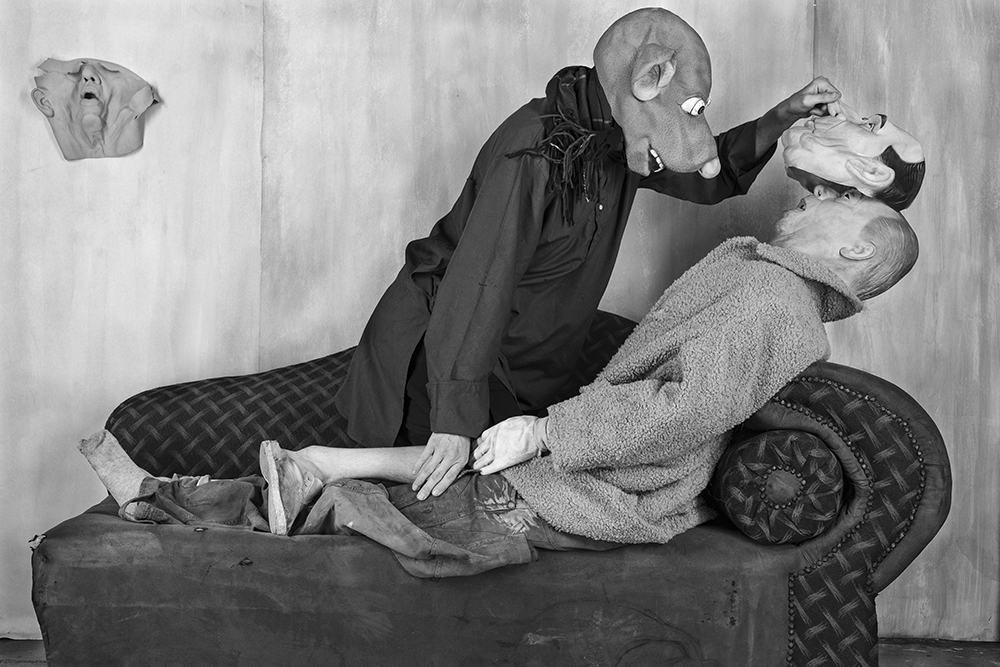 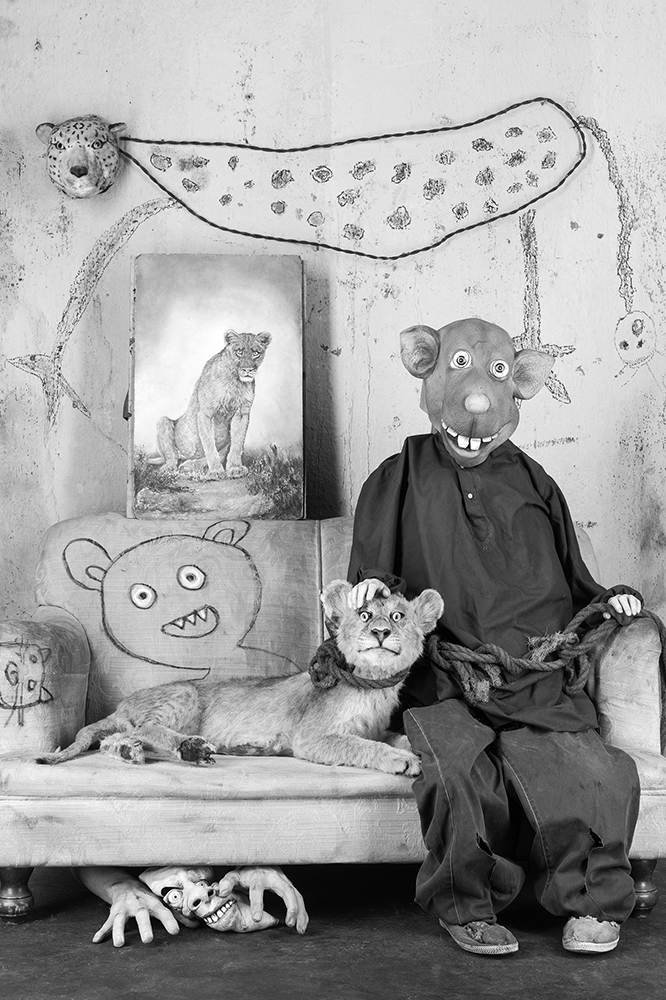 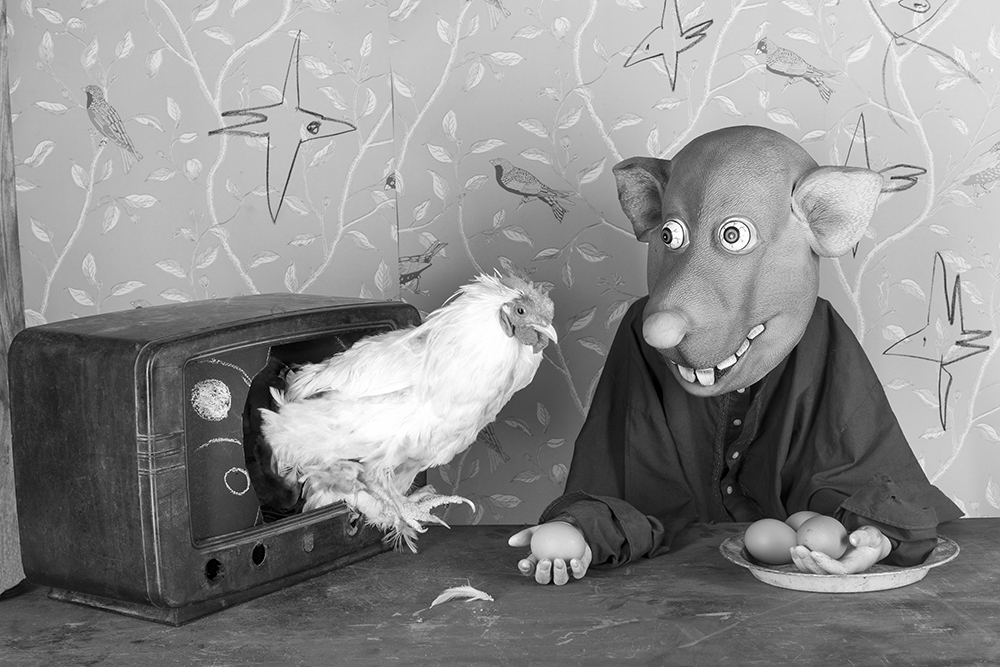 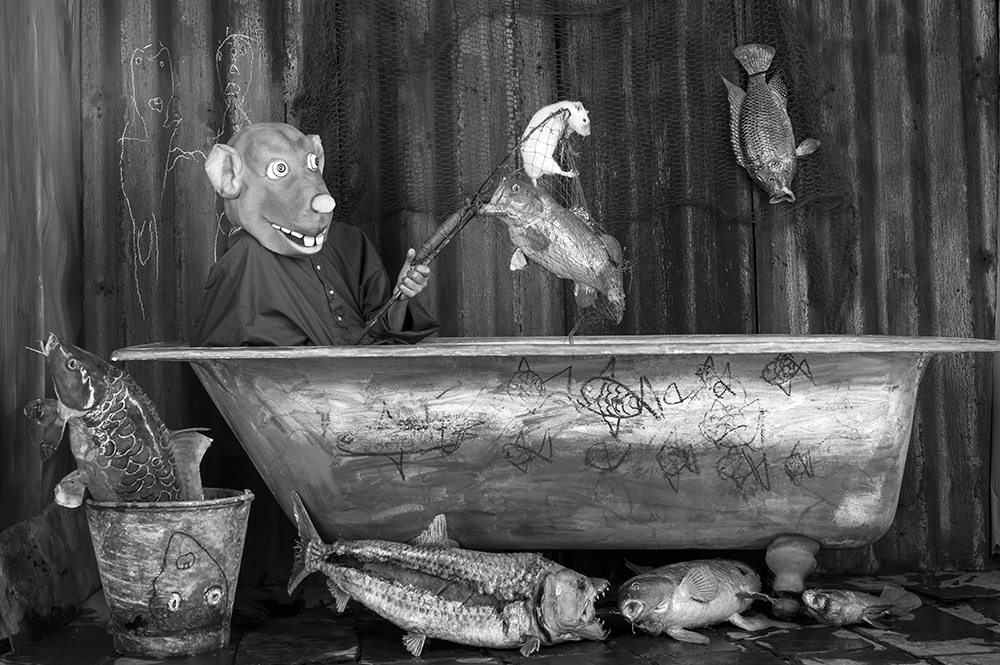 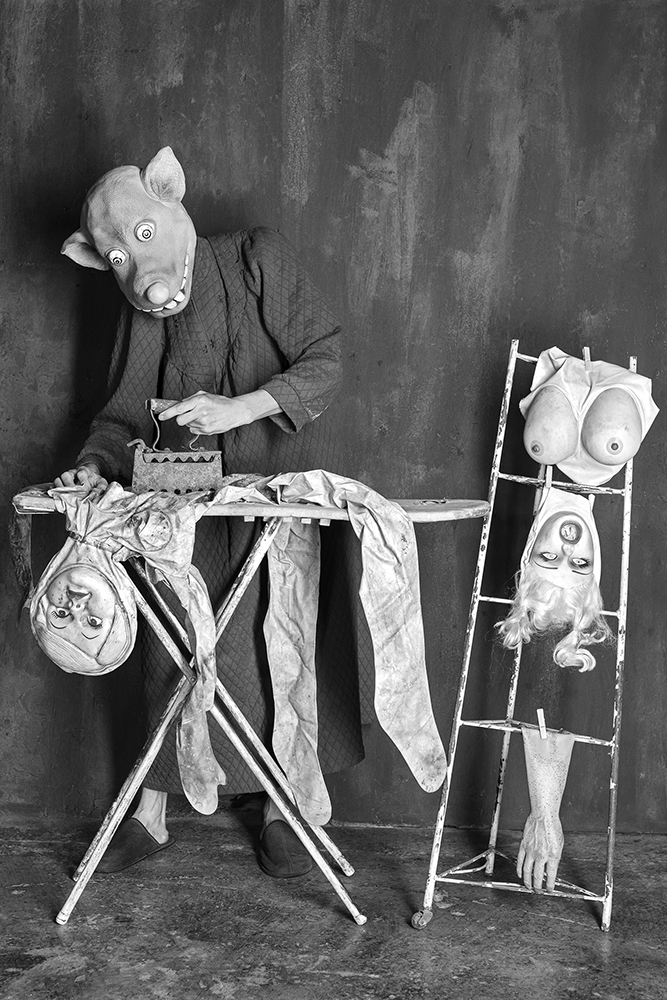