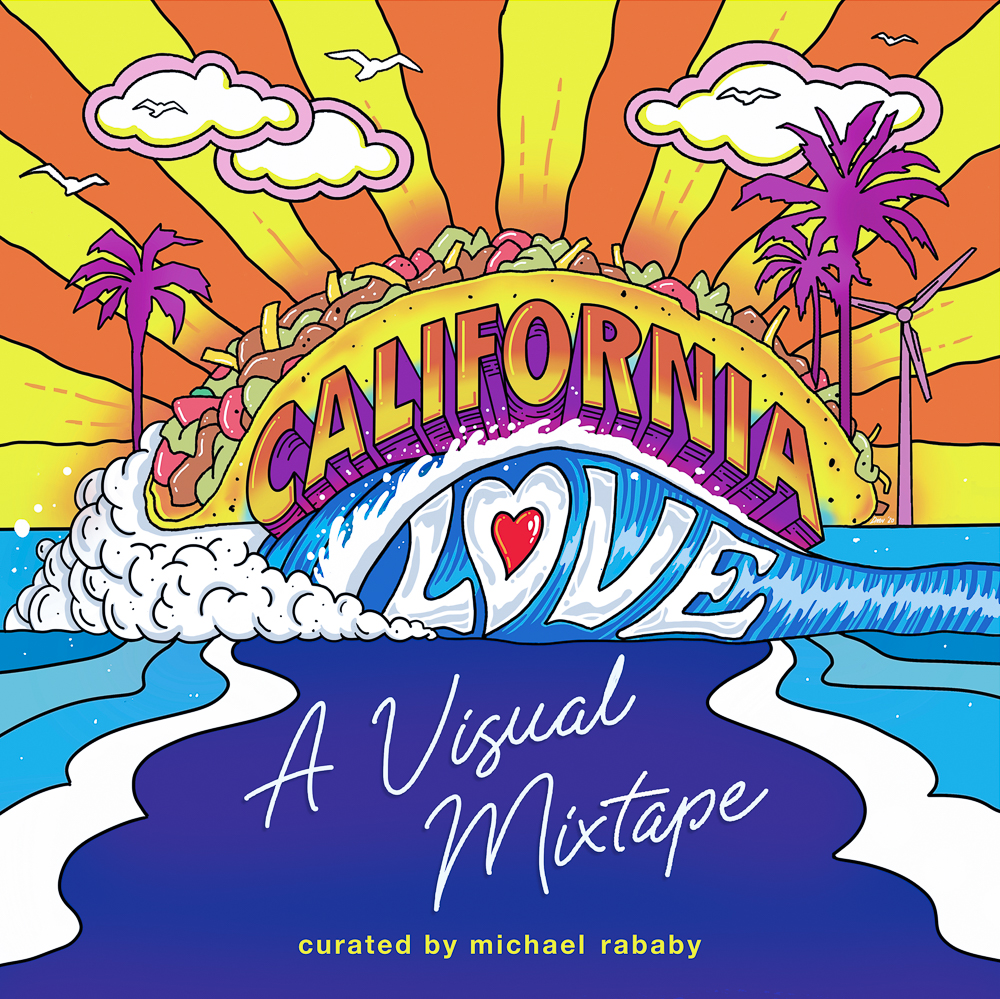 “This amazing compendium of photographs celebrating the Golden State is truly a love letter to California. One hundred and ten photographers offer intriguing photographs and perspectives on our special sliver of the west coast.  At a time of Covid, wildfires, earthquakes, and protest, there is comfort in our deep connectedness to place.”—Aline Smithson

It is a brave individual who is willing  to take on a visual exploration of the entire state of California, especially a state that has landscape ranging from the sublime to the more sublime–landscape, people, and places that sit along a spectacular coastline, landscapes that include iconic National Parks and mountain ranges, landscapes that move across deserts and fields of agriculture. But alas, artist and curator Michael Rababy took it all on, and the result is a new book, California Love: A Visual Mixtape, showcasing a stunning collection of work by 110 California-based photographers in 320 pages with 608 images. The book reveals a shared appreciation and alignment for all that makes this west coast state the storytelling, dream-holding place that it is. The images are as varied stylistically as the state is geographically, and reflect the people, places, and personality that help define California.

The book is a fundraiser for the Los Angeles Center of Photography and it can be purchased here.

In March, 2021 California Love – A Visual Mixtape (Part 2) will be on exhibition at the Hive Gallery and Studios  in downtown Los Angeles in March 2021 and hopes to travel throughout the state over the next few years. 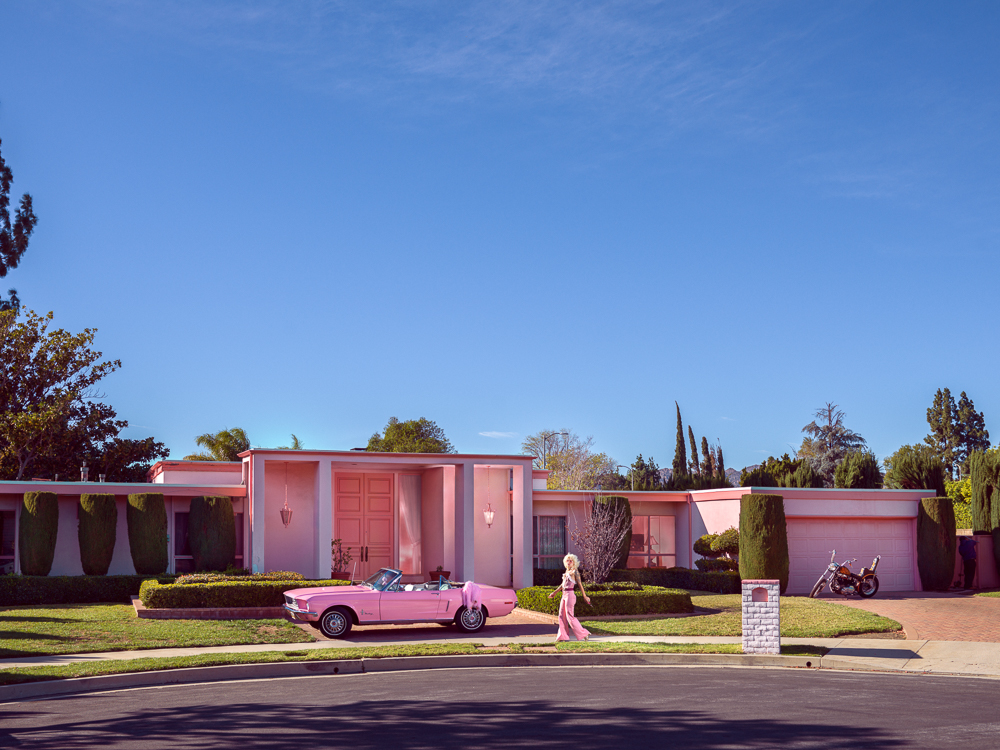 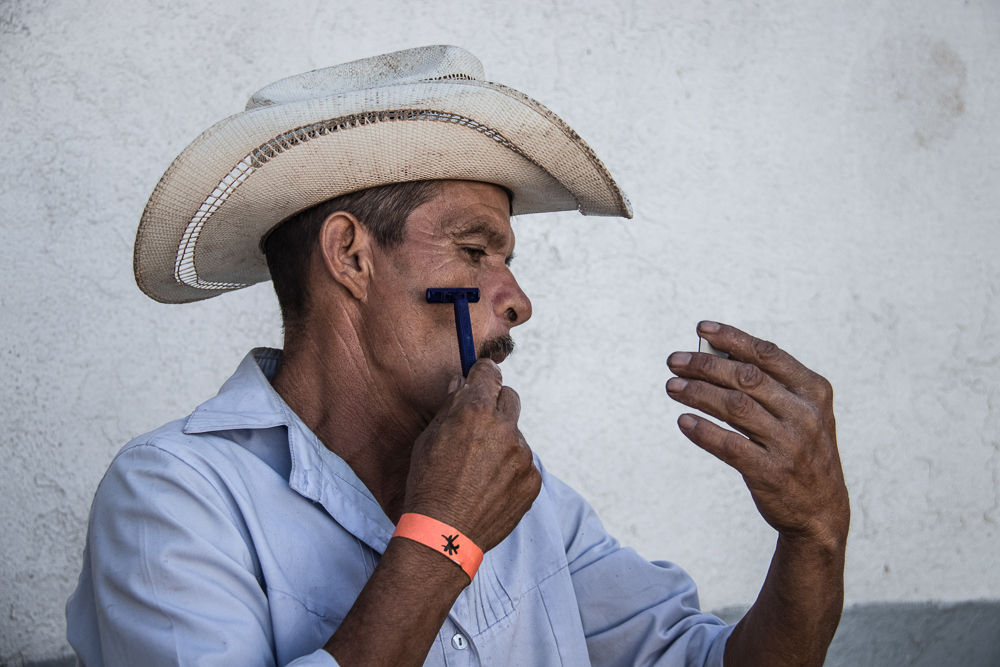 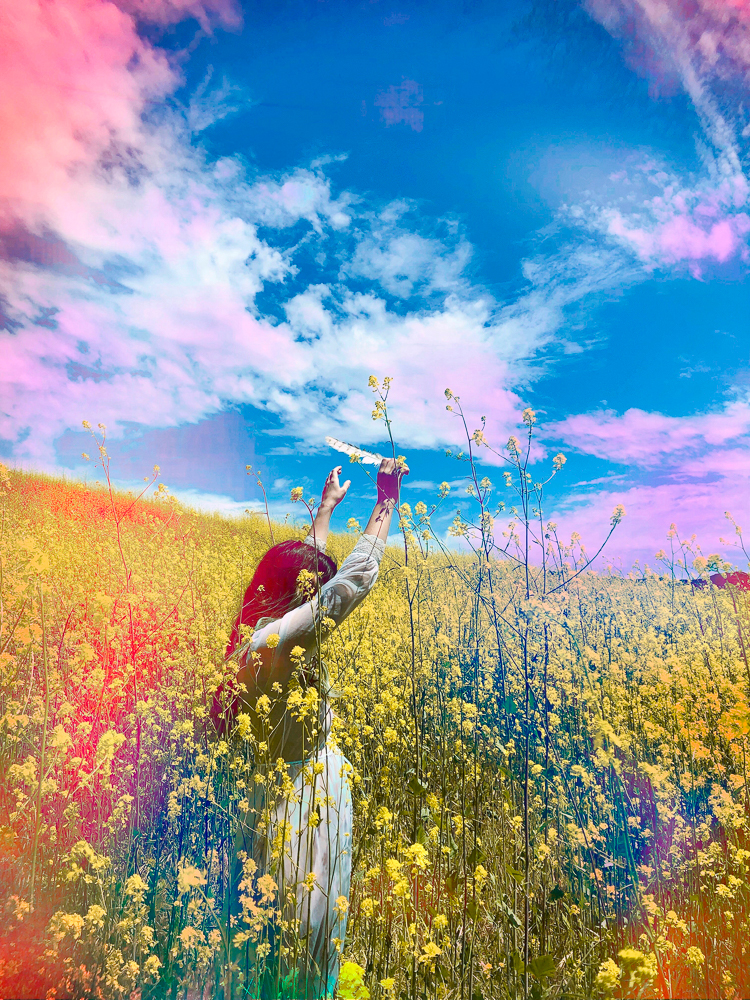 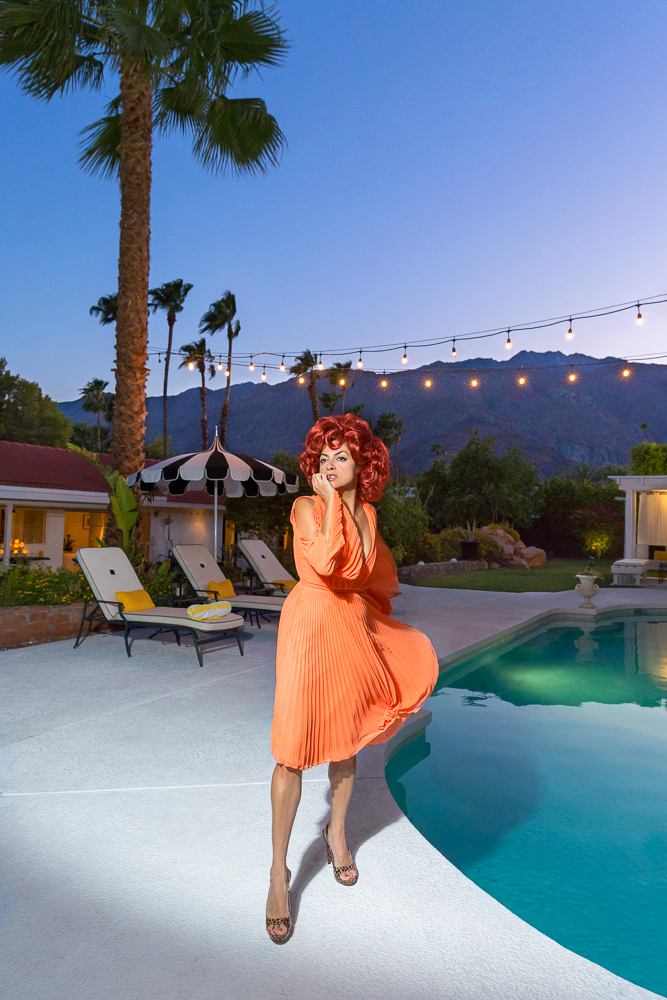 Interspersed throughout the book are ruminations about California from some of America’s great thinkers and appreciators of the state, The quotes provide a layer of perspective that partner with the images, as well as with one of the points of the book, which is to highlight some of the resonating uniqueness of the state.

“I realize much of California’s romance is passing away, and I intend to see to it that I at least shall preserve as much of that romance as is possible for me,” Jack London said to a Sacramento reporter in 1910, in one of the quotes included in the book. One hundred and ten years later, the “romance” of much of the entire United States, including California, is under heavy debate in the current volatile political and socio-economic climate at this time in the country’s history. 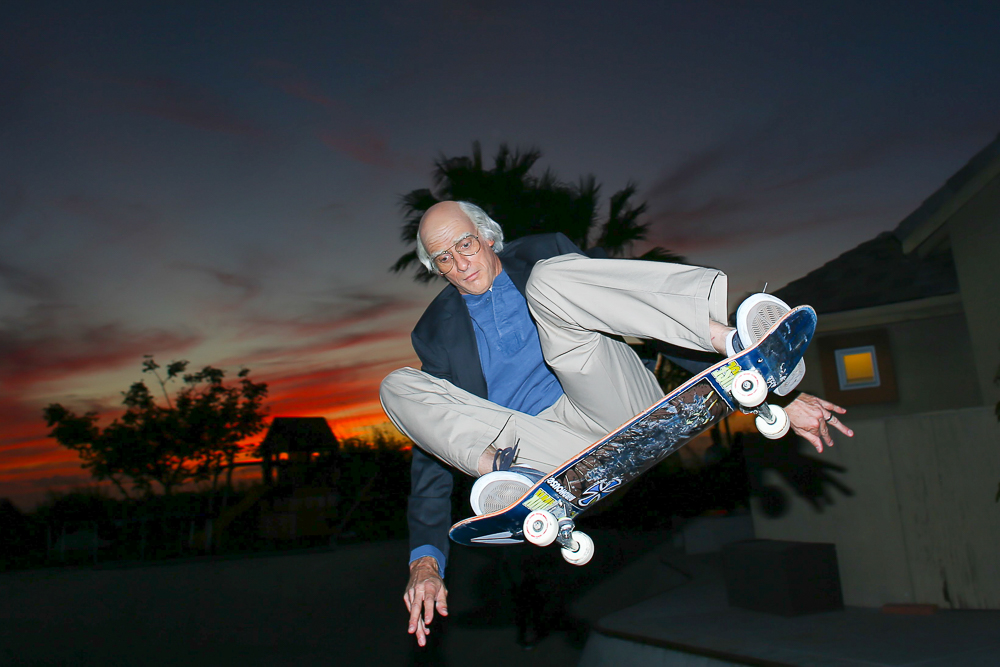 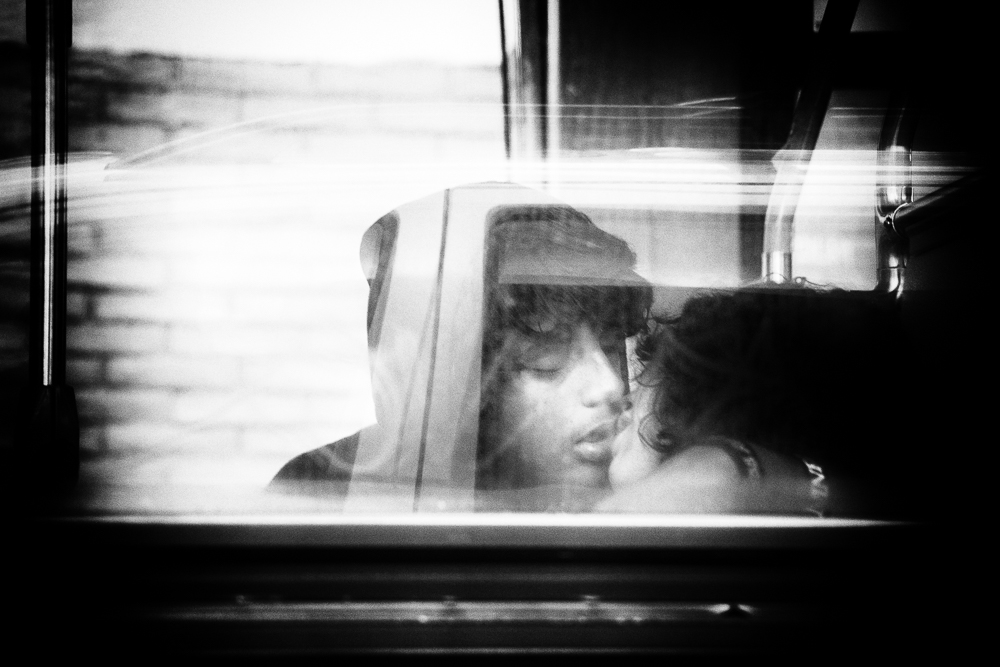 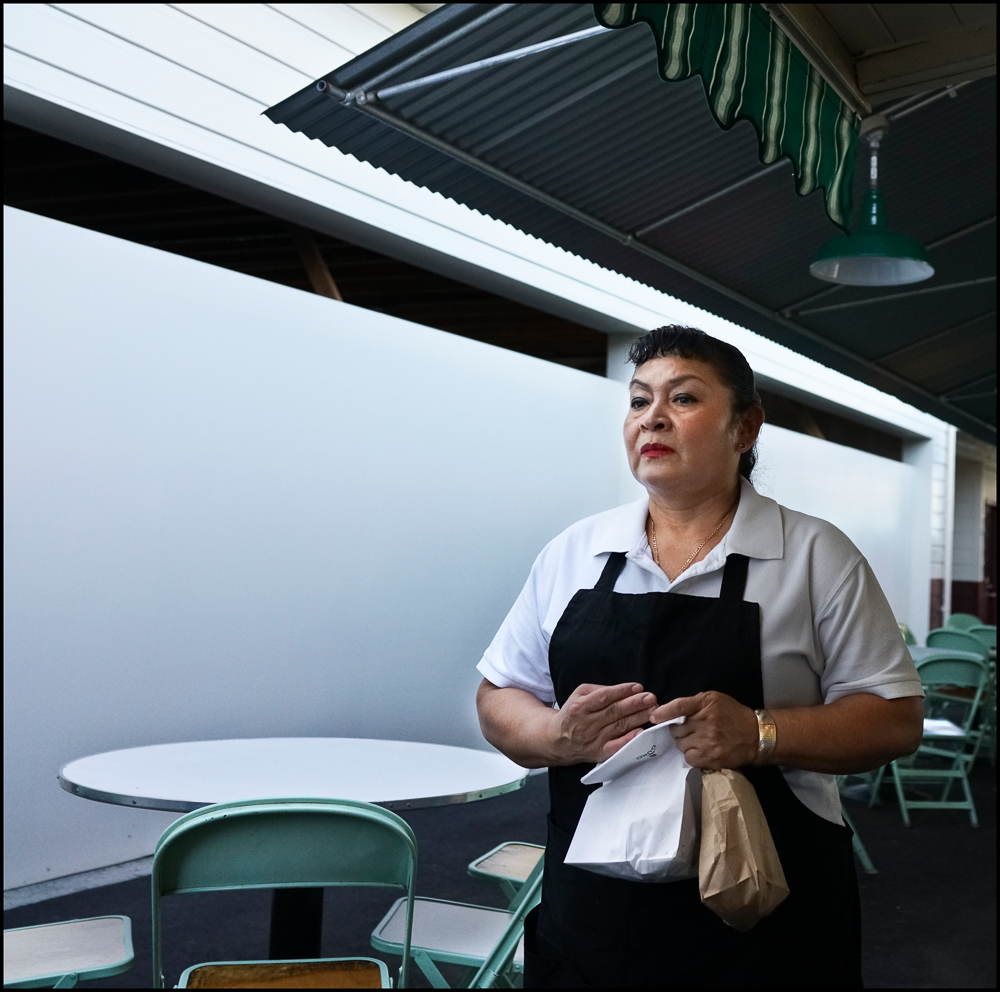 This love for California and the recognition of its heart and soul that spreads itself across the book pages emanates purely from curator Michael Rababy, who conceived of this idea and partnered with Los Angeles Center for Photography for its creation.

“I love my life in southern California. Los Angeles is art exhibits, food from all over the world, the Rainbow Bar and Grill. San Diego is the coastal drive down ‘the 1,’ Roberto’s taco shop, and glorious sunsets. Palm Springs is my magical escape. Joshua Tree resets my mind. Big Sur and the drive up PCH connect me to infinity. Northern California is a vast treasure box of stoic, timeless trees and an eternal serenity. San Francisco is independent bookstores, Tartine, and an endlessly flavorful cultural mecca I savor whenever I’m fortunate enough to visit.,” he shares, noting how different regions of the state have personalities and their own distinguished sense of soulfulness created by the convergence of awe-inspiring landscapes and the quirkiness of the people who call it home.

A first generation American, that melting pot connection stemmed from even before Rababy was born, when his Lebanese born father moved to the United States. “My father’s dream was to come to America,” Rababy writes. And as a curator, Rababy was able to transfer some of his dreams for this country into what these images reflect: a unified appreciation for time and place and each other. 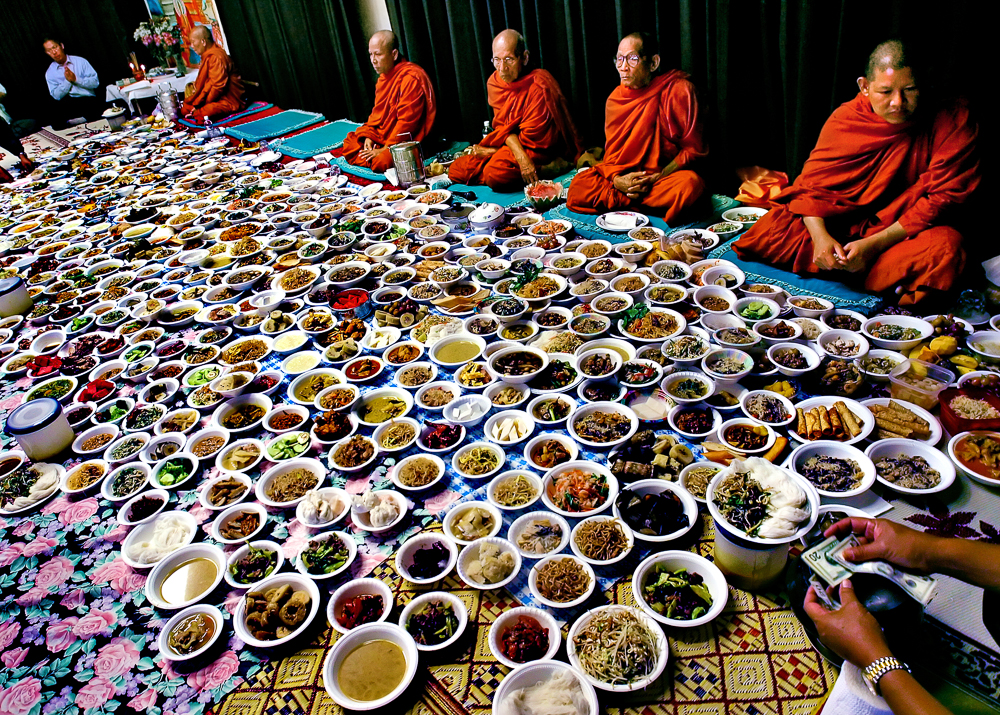 ©Lonny Shavelson, from Under the Dragon 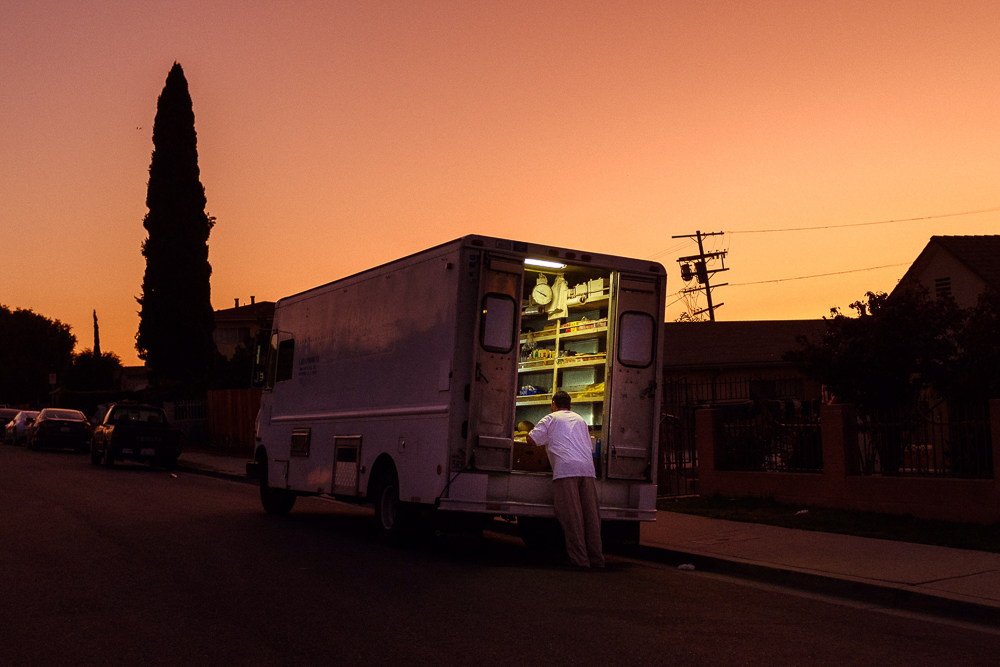 Michael lives in Southern California and is currently at work on his latest masterpiece. 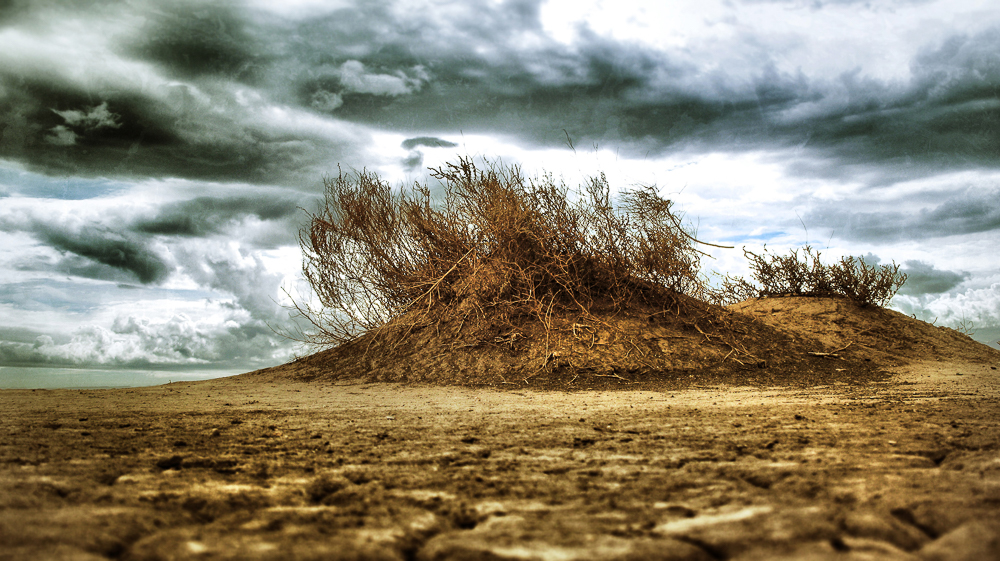 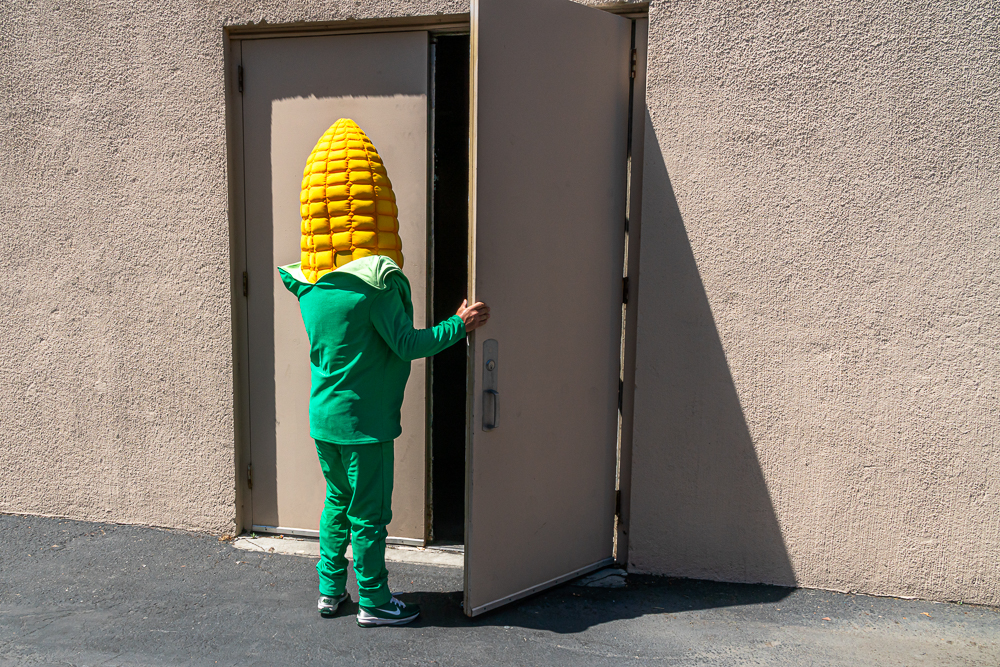 California Love is published by Cali Editions, a publishing service created by the Los Angeles Center of Photography for this book.  All proceeds from sales of the book support Los Angeles Center for Photography (LACP), a photography nonprofit in Los Angeles that is one of the central community-building photography organizations in the city. From a teaching facility, to a library, to a gallery, to darkrooms and labs, LACP provides public programming as well as support and education for photography and photography enthusiasts throughout southern California.

About Los Angeles Center for Photography:

The Los Angeles Center of Photography (LACP) was established in October, 2013. The organization obtained 501(c)3 tax-exempt status in August, 2014. Before LACP, the entity was called “The Julia Dean Photo Workshops” (JDPW), which was created and founded in 1999 by Julia Dean, LACP’s executive director.

The Los Angeles Center of Photography (LACP) strives to build a community of dedicated photographers and to strengthen the importance of photography as an art form by providing education, events, exhibitions, portfolio reviews and public programs focused on under-served youth including the Boys & Girls Clubs of Los Angeles County. 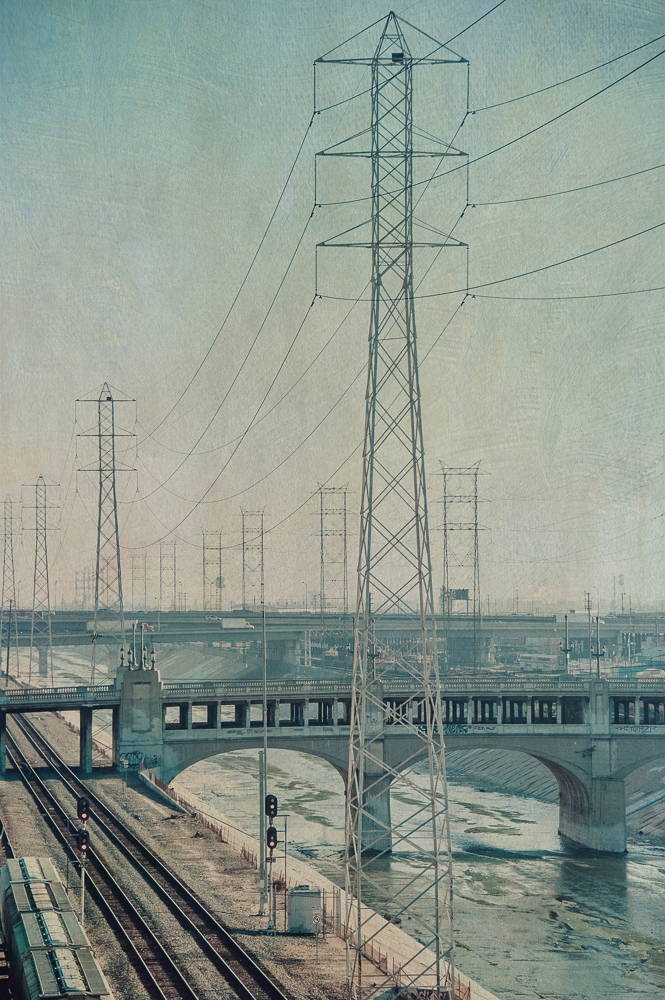 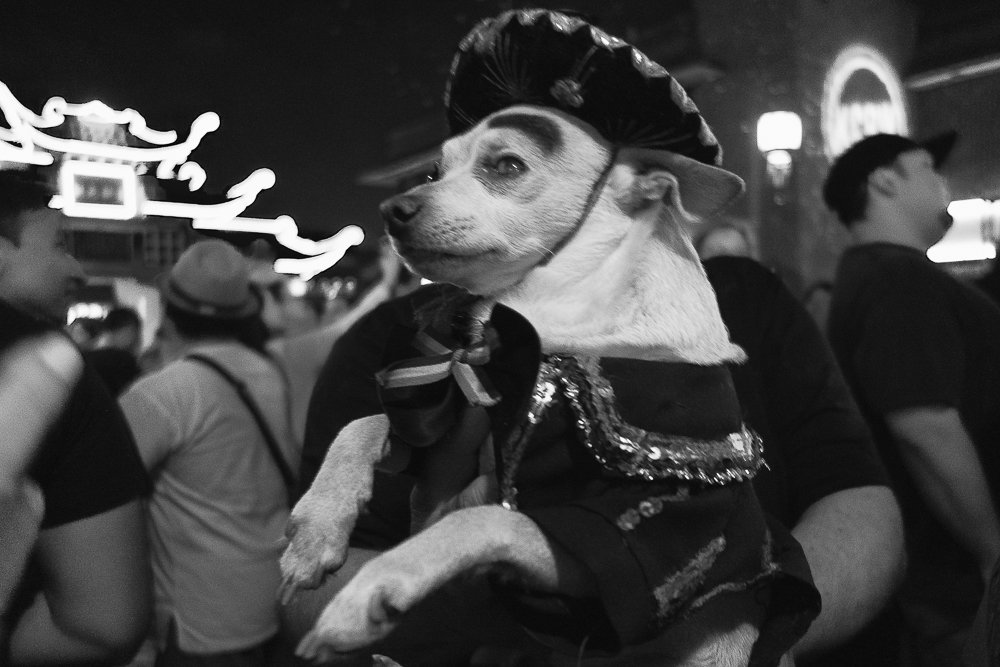 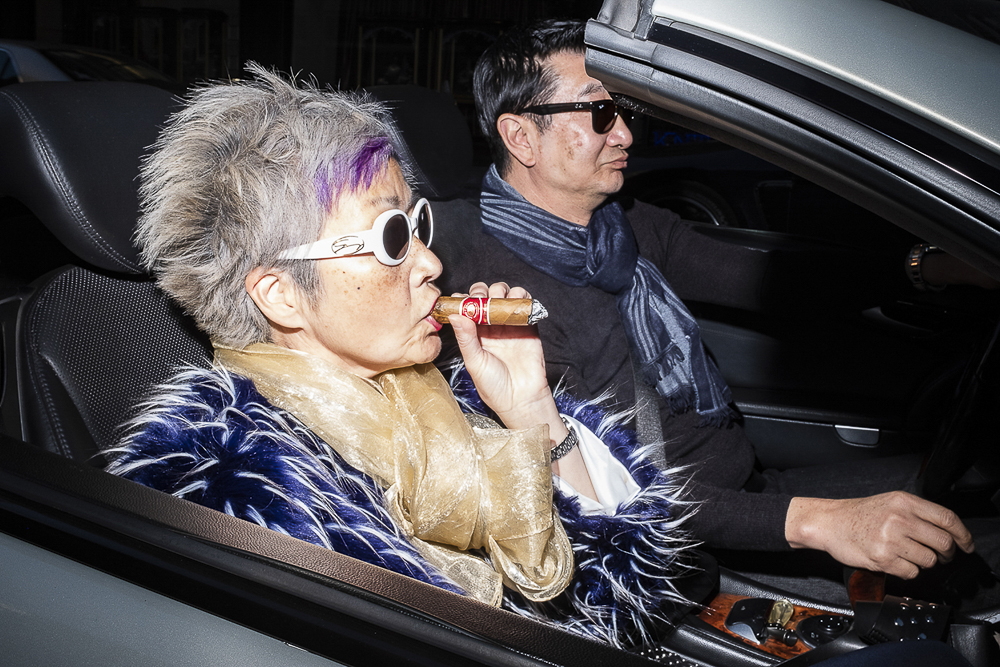 ©Dan Fenstermacher, Smoke It If You Got One 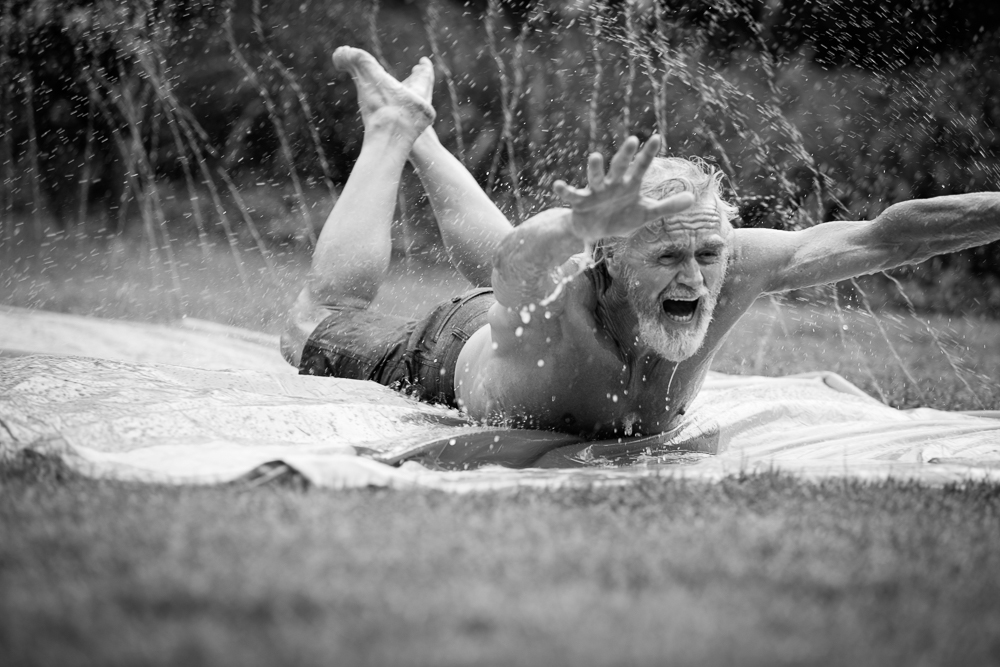