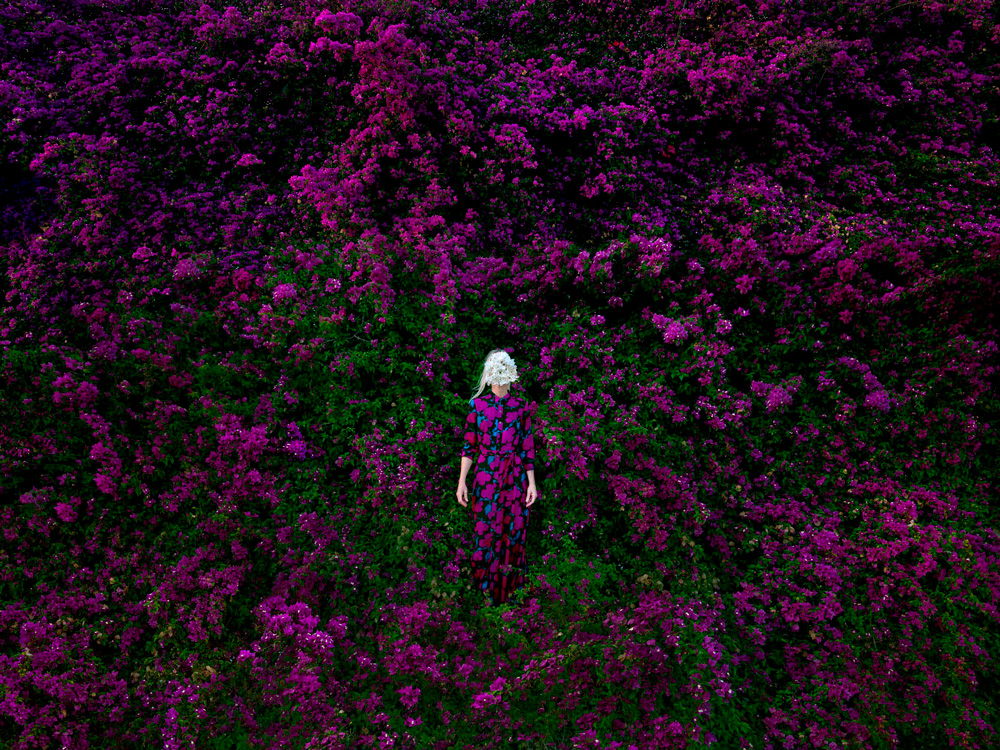 Photographer Bootsy Holler has a legacy of considering family and place, with projects that not only revisit the family photo album, but the landscapes, objects, and memories that carry familial histories. Her new project, Without Words, chronicles Holler’s vivid episodes experiencing what’s known in psychology as depersonalization — a coping mechanism for emotional distress that involves the surreal sense of being a detached observer of oneself. She uses the natural world as a grounding place to record various iterations of herself. Most versions seem to be locked in a trance, listless like Ophelia, as if guided by a gravitational force and waiting to be reclaimed by the landscape.

Holler opens the exhibition Without Words at The Lodge in Los Angeles from March 4 – 20, 2021. 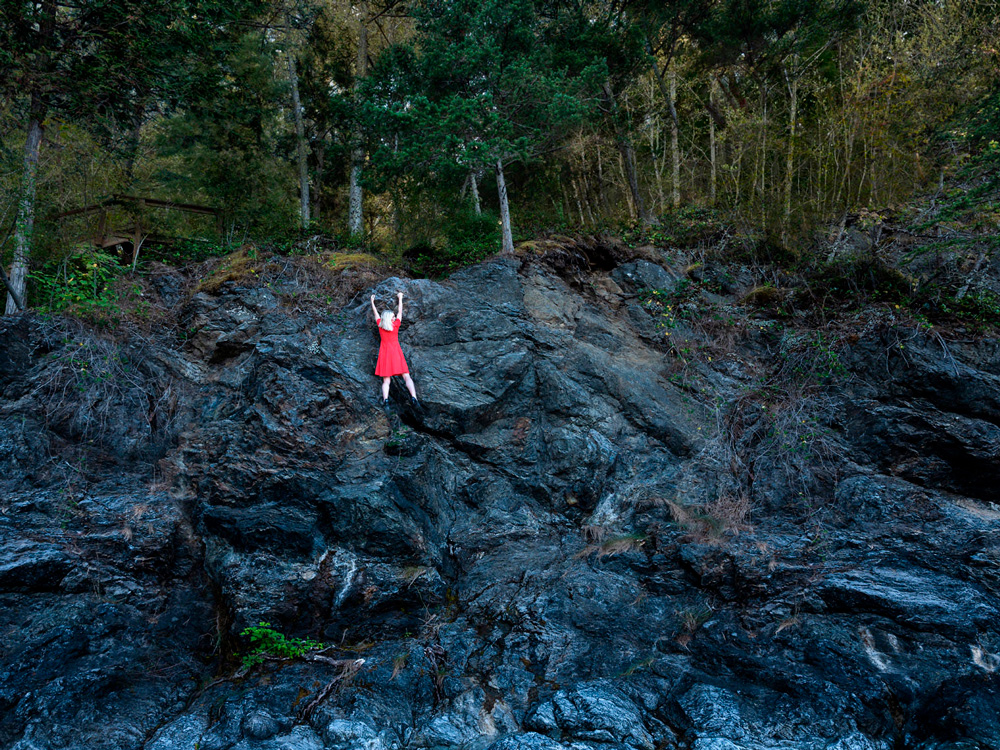 Bootsy Holler is an American photographer best known for her work as a portraitist, beginning with intimate depictions of herself and her friends at the center of Seattle’s pivotal music scene during the early 1990s. These formative years working both ends of the lens cemented her style and methodology. Her personal journalistic approach informed her work as she segued into a successful commercial and editorial practice while at the same time always creating art.  Her art revolves around family, memory, environmentalism, color, emotions, eco-feminism, and giving feeling to the inanimate.

Holler currently lives and works in Los Angeles, CA. She has been recognized by the Society of Photographic Journalism, her series Visitor was selected for Critical Mass Top 50 and her art images have appeared in numerous publications like VOGUE, House & Garden, NPR, PDN, Lenscratch, Don’t Take Pictures, and Chinese Photographer Magazine. Her seminal work is in the permanent collection of the Grammy Museum.  In 2020 she was invited to exhibit her Without Words series at the Shanghai International Photo Festival. She has shown at institutions including Fotofever in Paris, The Griffin Museum of Photography, California Museum of Photography, and The Center for Fine Art Photography. Recently she was awarded Best-of-Show at a juried exhibition with the Center for Photographic Art.  In 2019 she published her second monograph TREASURES: objects I’ve known all my life and is currently working on a new book. IG @bootsyholler 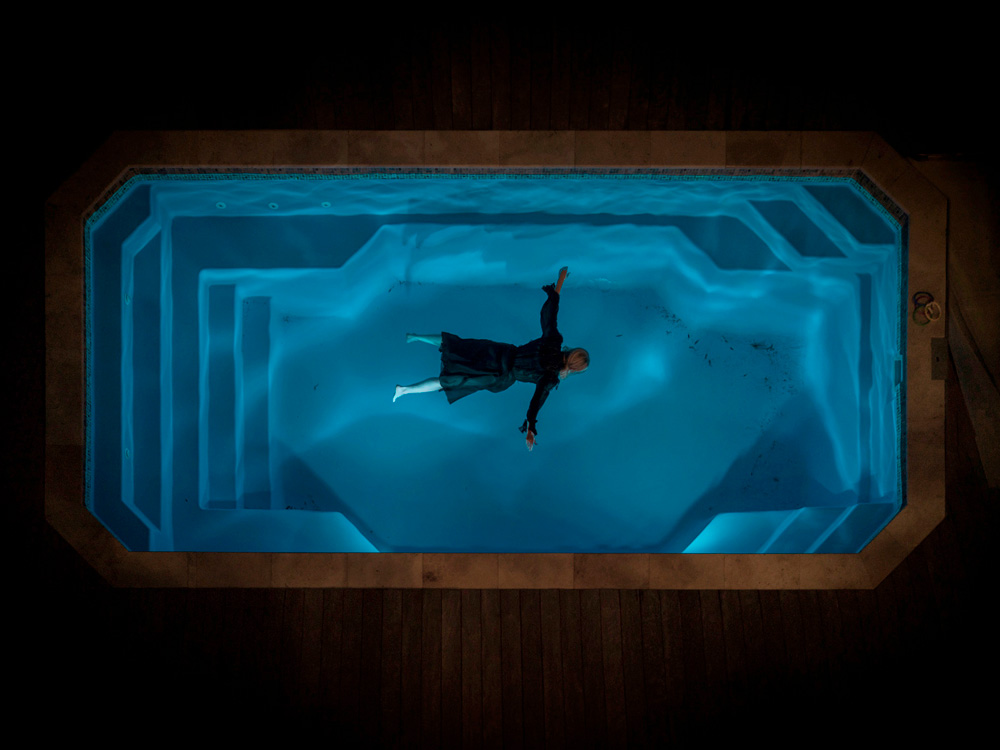 WITHOUT WORDS: grounded in nature

Without Words chronicles a journey back to the self through nature. Unable to speak about my feelings of isolation, fear, and sorrow, these images became my words.

As we embrace the power of the feminine and as we stop allowing ourselves to suffer in silence, speaking about mental health has lost some of its taboo. Without Words is about these moments — manifested in my psyche as I was detached from my day-to-day existence, exposing what lay under the surface.

The spark for this series happened in Savannah, Georgia. I found myself alone in the humid night air, not totally inside my body. I walked to the railing of our deck, looked out, and saw myself face down floating in the pool below. I took the photo of what I had imagined that very night. I didn’t know it then, but that feeling of detachment, of being misplaced and discarded, would follow me through the next few years.

It was nature — its complexity, its quest for survival, its inherent beauty — that helped me return to my body. When I dug into the earth, I reconnected to the feel of my own skin. When I welcomed the sea against my body, I recognized my own weight. When the wind hit my face, I remembered my joy. It was my passage back home. 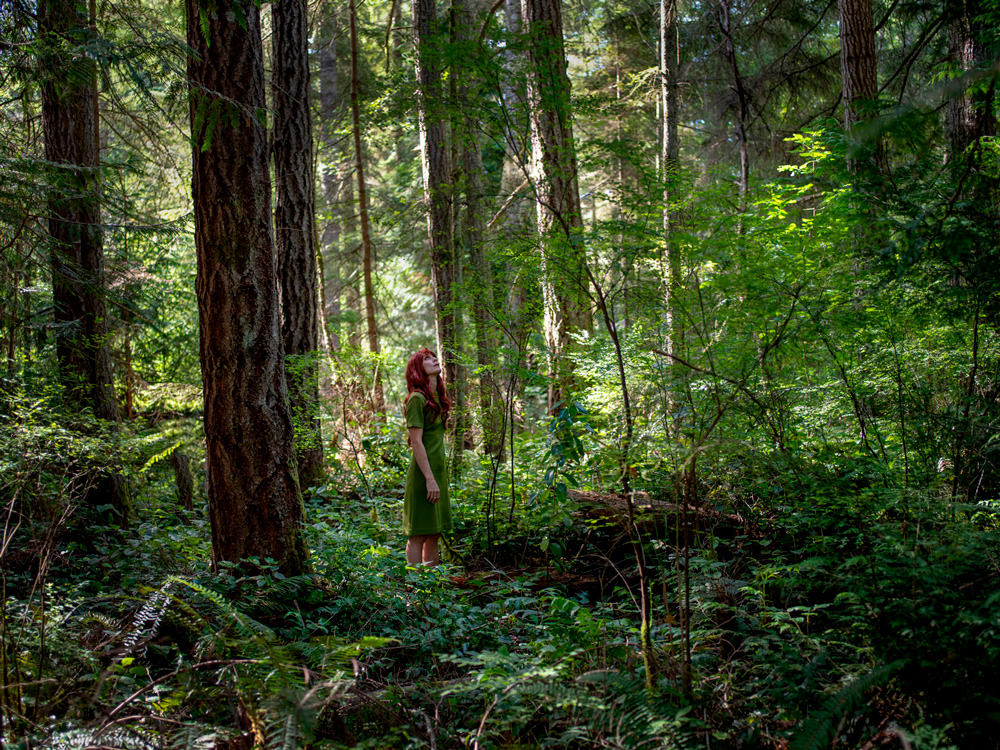 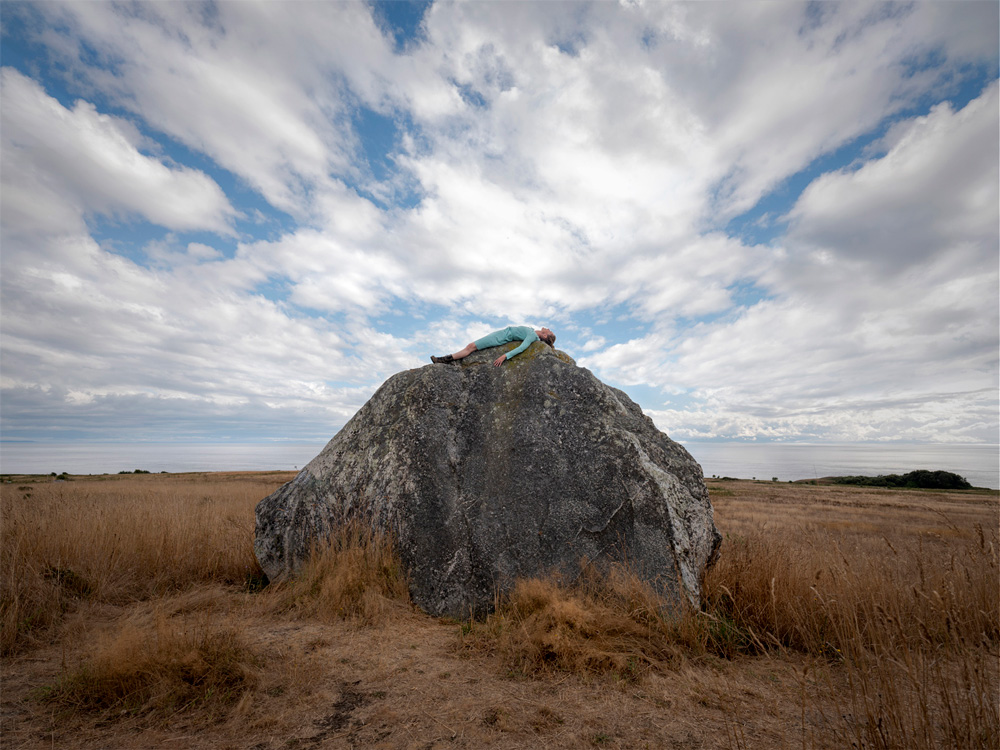 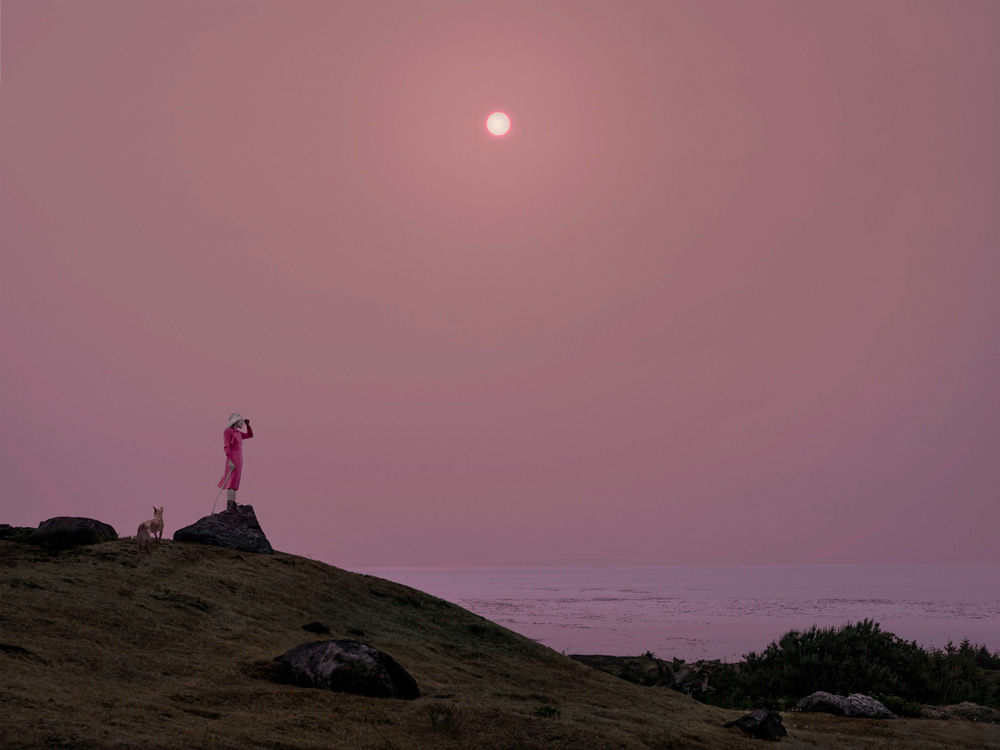 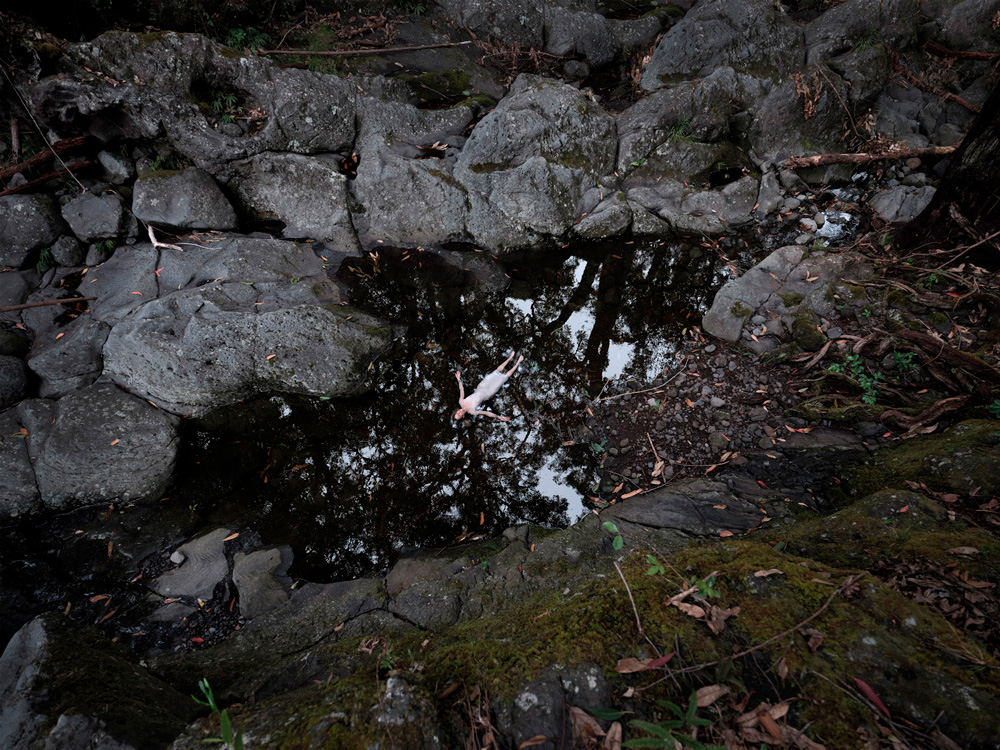 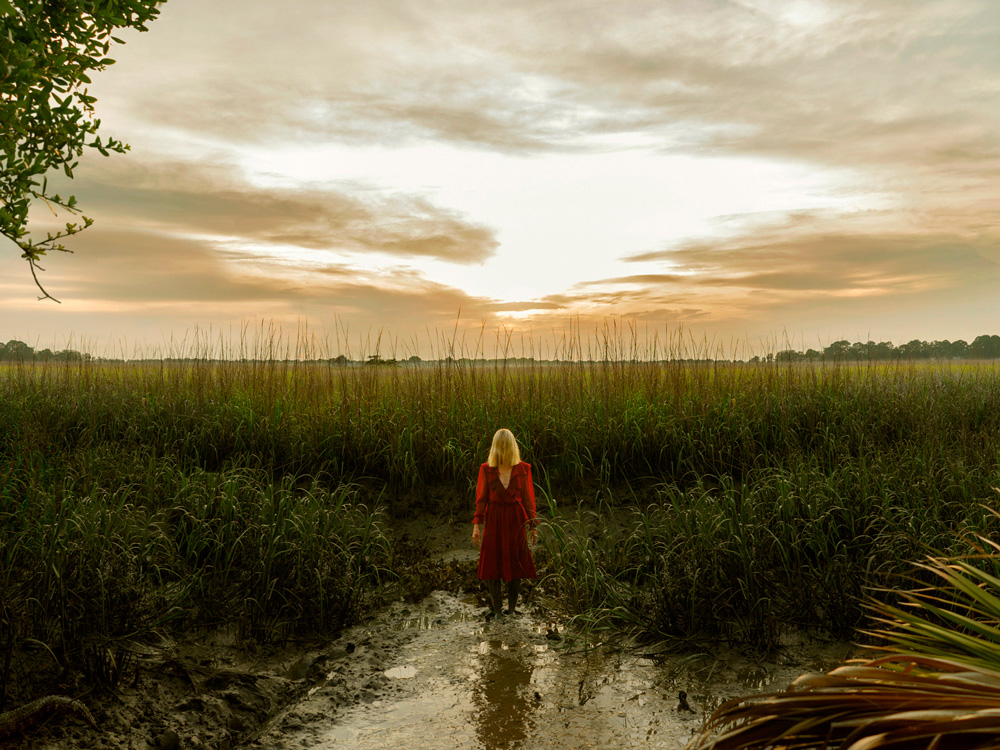 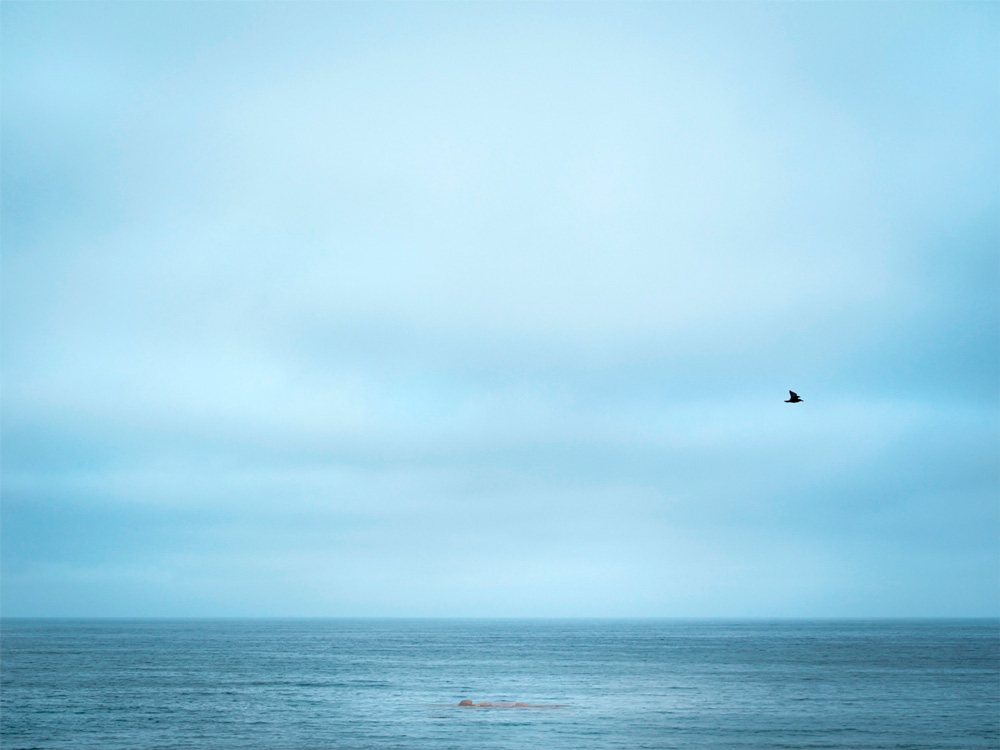 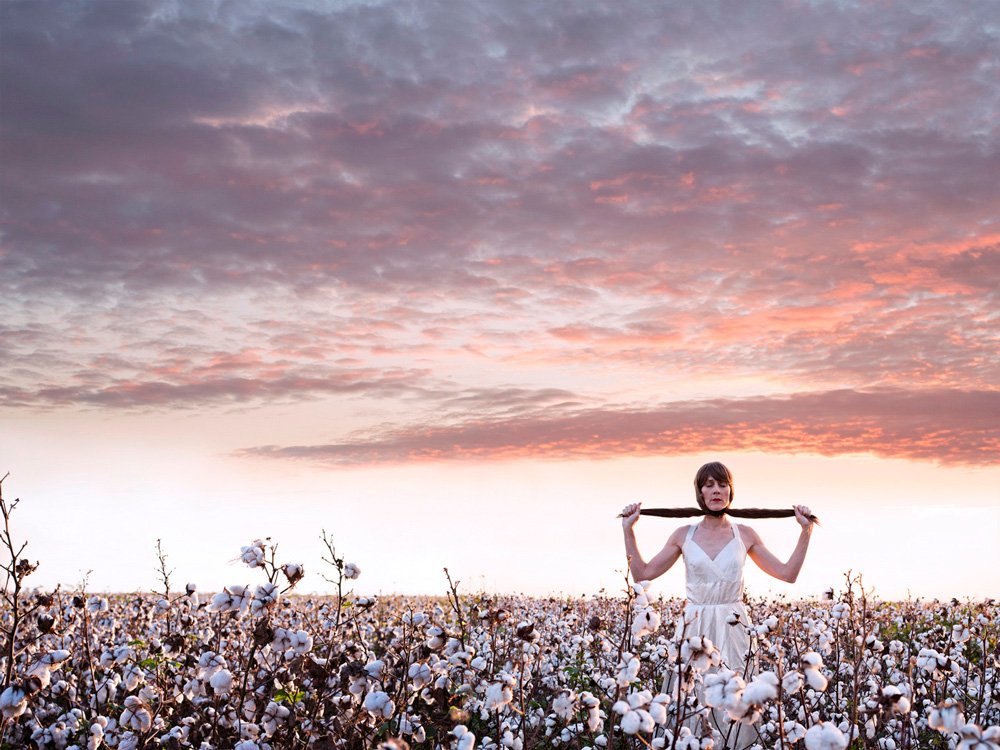 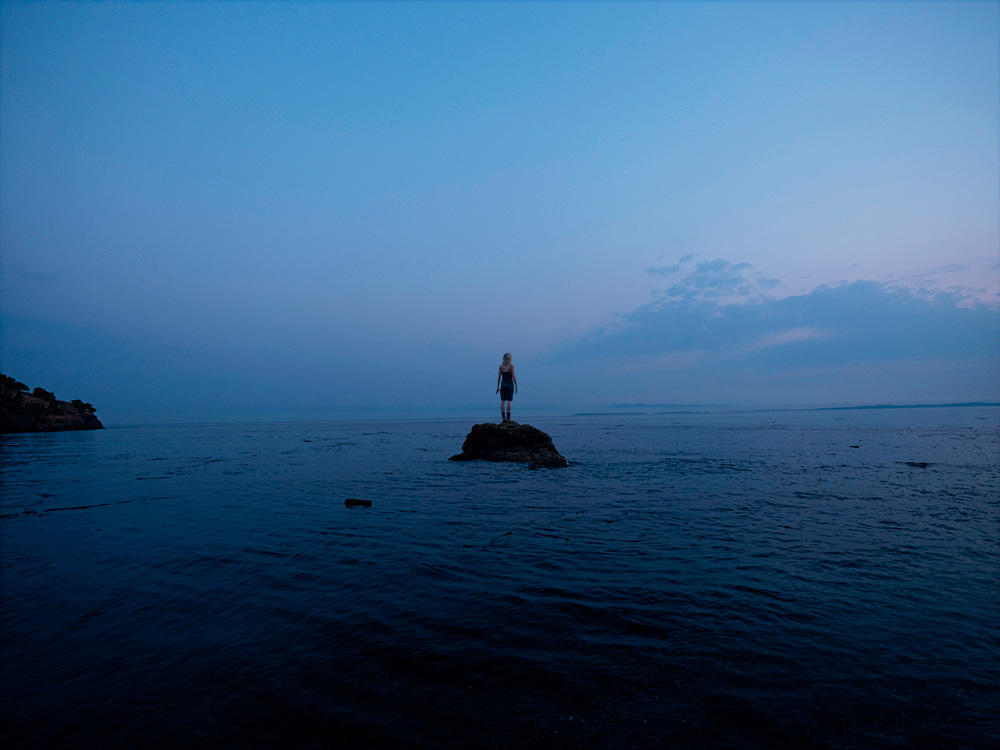 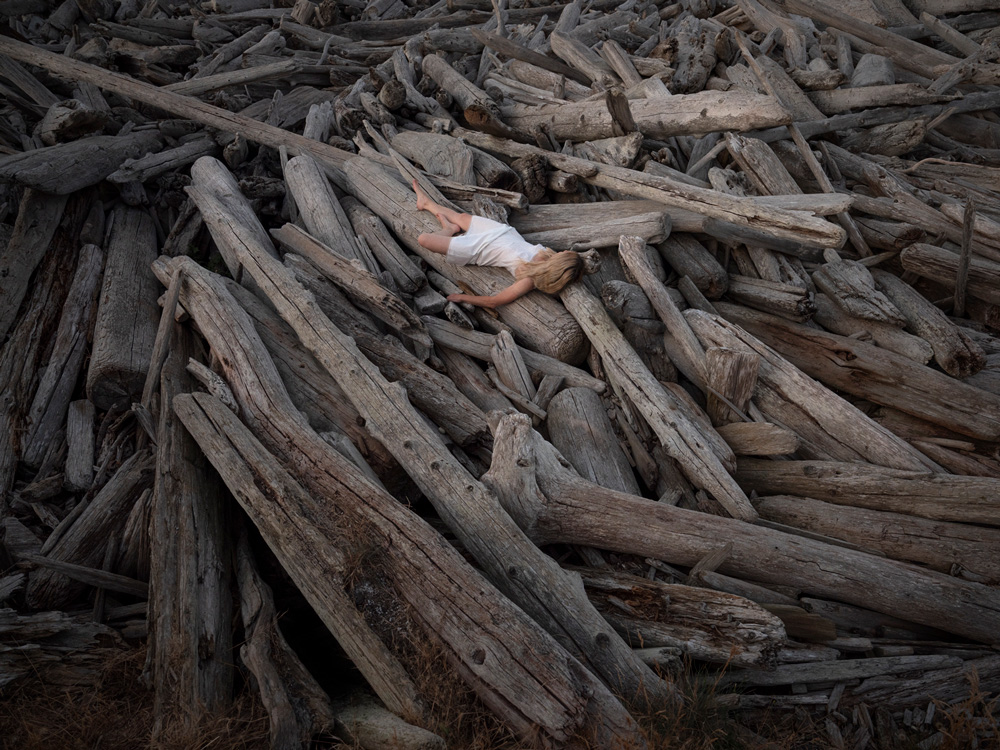 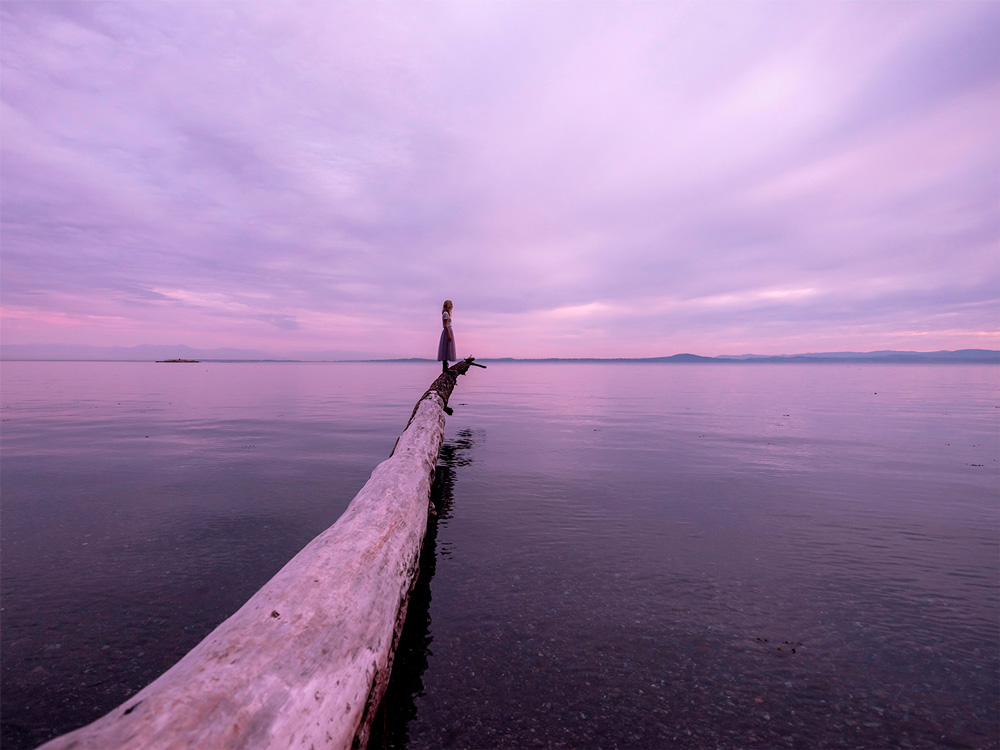 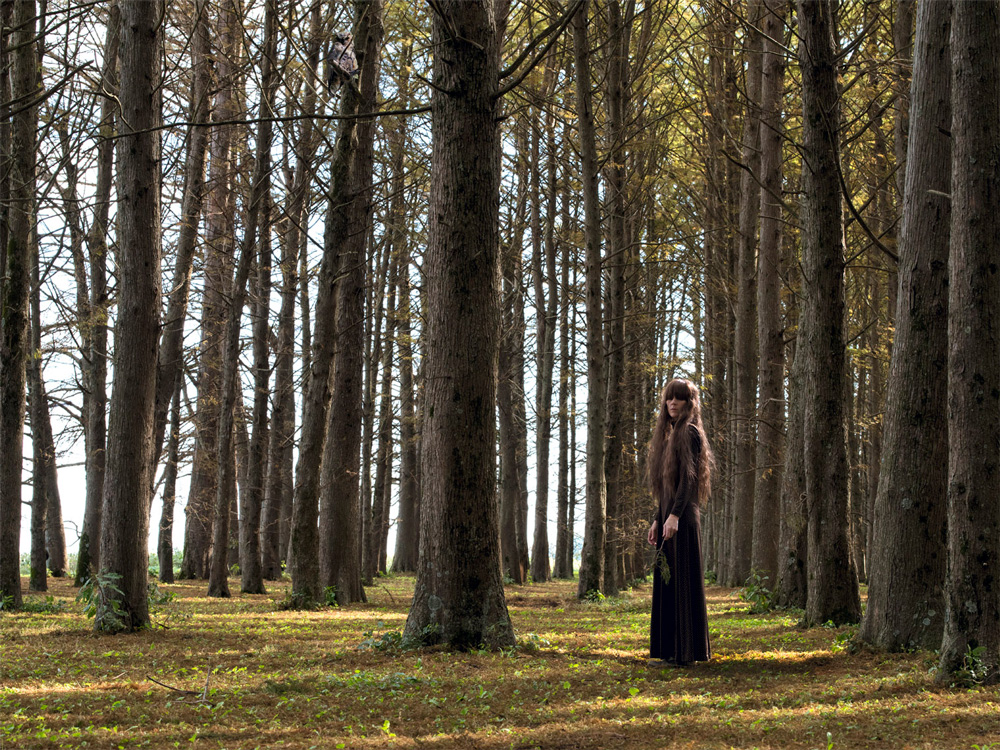 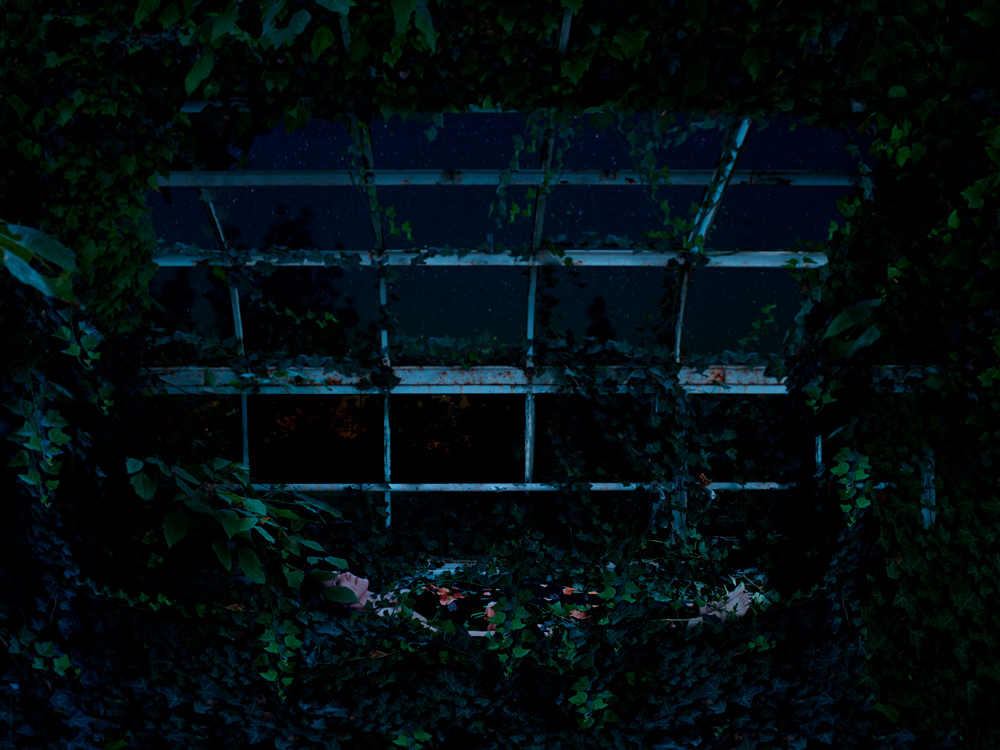 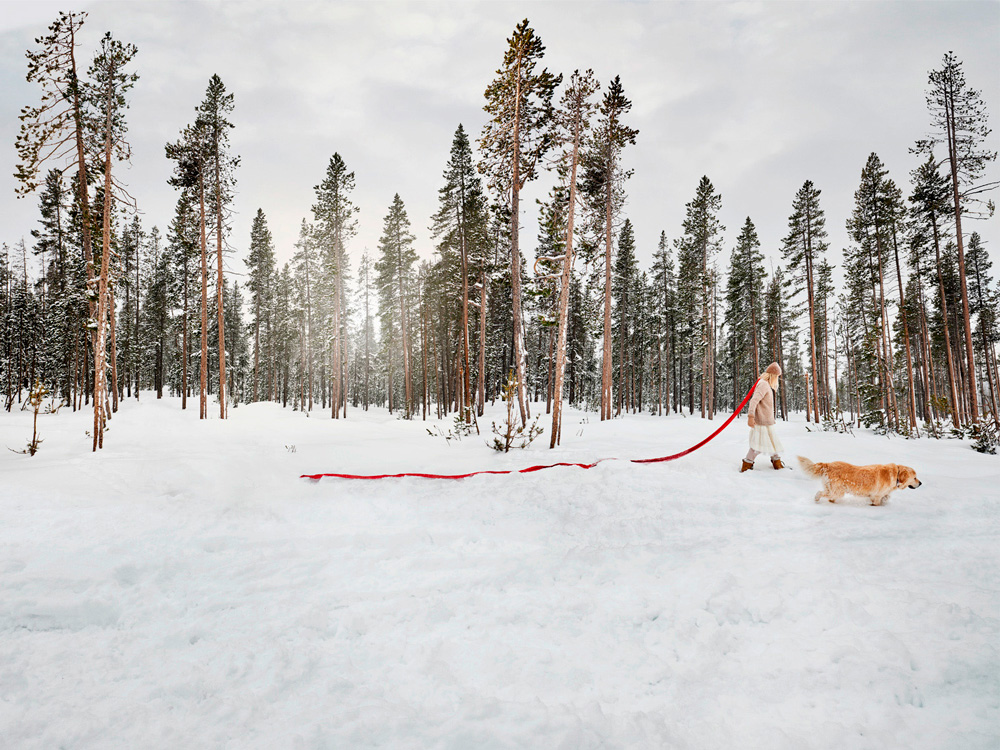 NEXT | The Artist Intervenes: Adriene Hughes >
< Michael Grant: Do You Want to Dance? | PREV