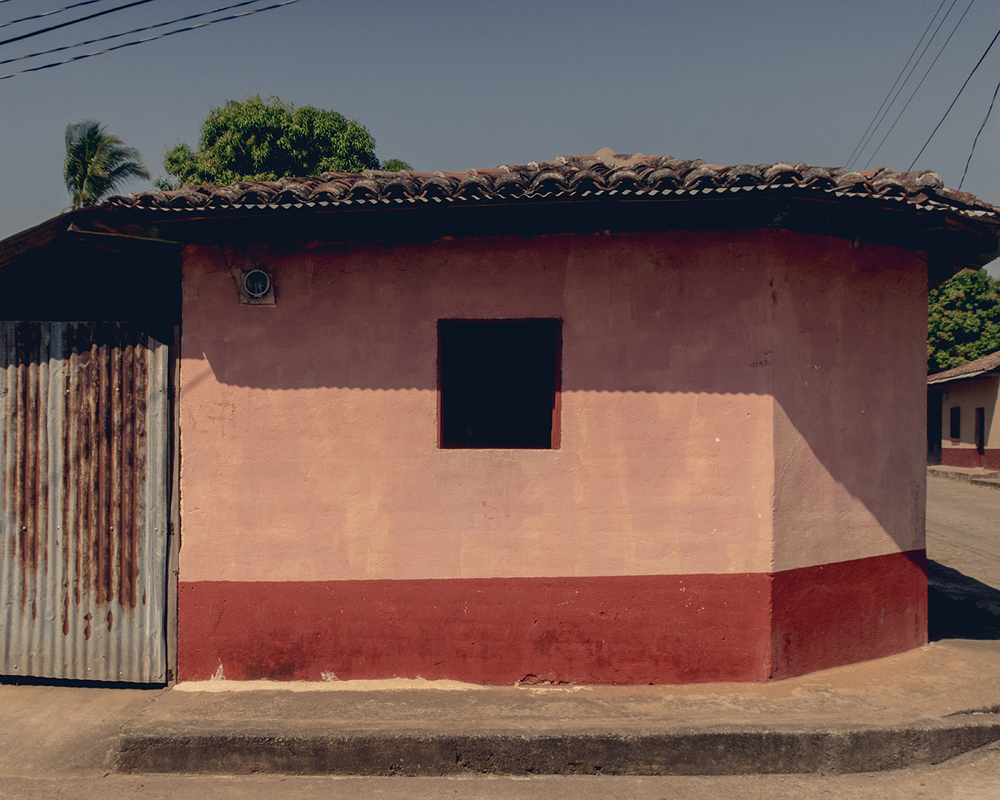 ©Luis Corzo, Pasaco, Jutiapa; Pasaco is a municipality in the Jutiapa department in southeastern Guatemala (on the border with El Salvador). The current population of Pasaco is approximately 1,800 people. The primary economic sources in Pasaco are agriculture, livestock, and small industries, such as the fabrication of brick. This town is also the namesake of the group “Los Pasaco”, a notorious organized crime group mostly known for kidnappings for ransom in the 1990s.

Congratulations to Luiz Corzo for being selected for CENTER’s Social Award recognizing his project, PASACO. The Social Awards recognize work engaged in social issues. All projects exploring social topics or themes were eligible.

I was impressed by the quality and diversity of the work submitted to the Social Awards. Seeing projects from around the world that address a variety of meaningful social issues, such as climate change, immigration, activism, systemic racism, socioeconomic inequity, chronic illness, neurodivergence, aging, family systems, the effects of the pandemic, and LGBTQ+ rights was very moving. In addition to the subject matter, the formal and technical execution of each project was critical to my selection; I was looking for cohesive bodies of work comprised of strong individual images and was most drawn to projects where the artists spoke about social issues from a highly personal vantage point, using their own stories as a point of departure. As I was
viewing all of the submitted work, one of my favorite quotes by Diane Arbus came to mind: “The more specific you are, the more general it’ll be.”

Luis Corzo’s winning project, Pasaco, 1996, tells the story of how he and his father were abducted from their home in Guatemala and held captive for thirty-three days by an organized crime group known as “Los Pasaco”. Corzo’s visual strategy is varied, alternating between photographs of locations and people involved in the abduction, archival images of the original site of captivity, and images that function as documents. In this latter category, one image depicts his father’s missing finger, which was removed by the abductors and used as a tool to demand more ransom money, while another shows cassette tapes containing recordings of conversations between the abductors and his family. The combination of a compelling, personal, socially-engaged story and a strong visual strategy made this project stand out. 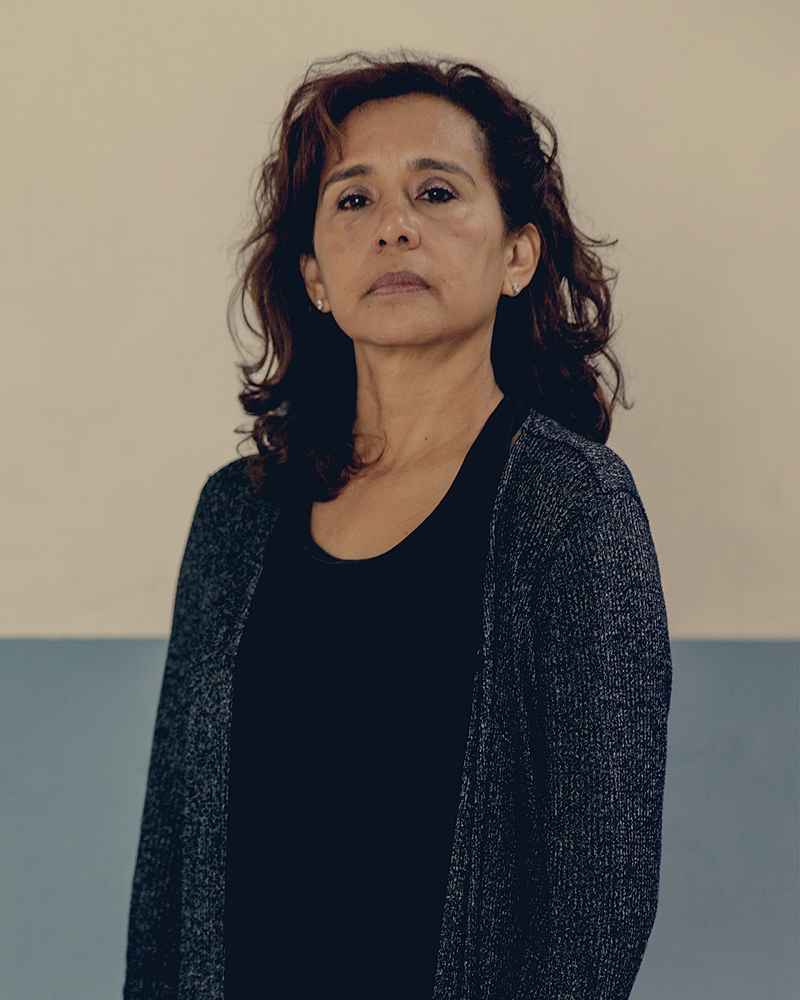 Jess T. Dugan is the co-founder of the Strange Fire Collective, a group of interdisciplinary artists, curators, and writers focused on work that engages with current social and political forces. Strange Fire’s collective practice is centered around increasing the visibility of meaningful work made by women, people of color, and queer and trans artists and creating dialogue and community through publications, exhibitions, and events. Jess is an artist whose work explores issues of identity through photographic portraiture.

Their work has been widely exhibited and is in the permanent collections of over 40 museums throughout the United States. Their monographs include Look at me like you love me (MACK, 2022), To Survive on This Shore: Photographs and Interviews with Transgender and Gender Nonconforming Older Adults (Kehrer Verlag, 2018) and Every Breath We Drew (Daylight Books, 2015). They are the recipient of a Pollock-Krasner Foundation Grant, an ICP Infinity Award, and were selected by the Obama White House as an LGBT Artist Champion of Change.

Luis Corzo [He/Him] (b. 1990, Guatemala City, Guatemala) is a Brooklyn based multidisciplinary artist. He received his BFA in Photography and Contemporary Creation at IDEP, Barcelona in 2012. He primarily works using the different disciplines of photography, but also works with video to explore the obscurities of human activity and the space in which we inhabit. His work has been exhibited in New York, Buenos Aires, Barcelona, Bilbao, Hiroshima, Sydney and Guatemala City among others. 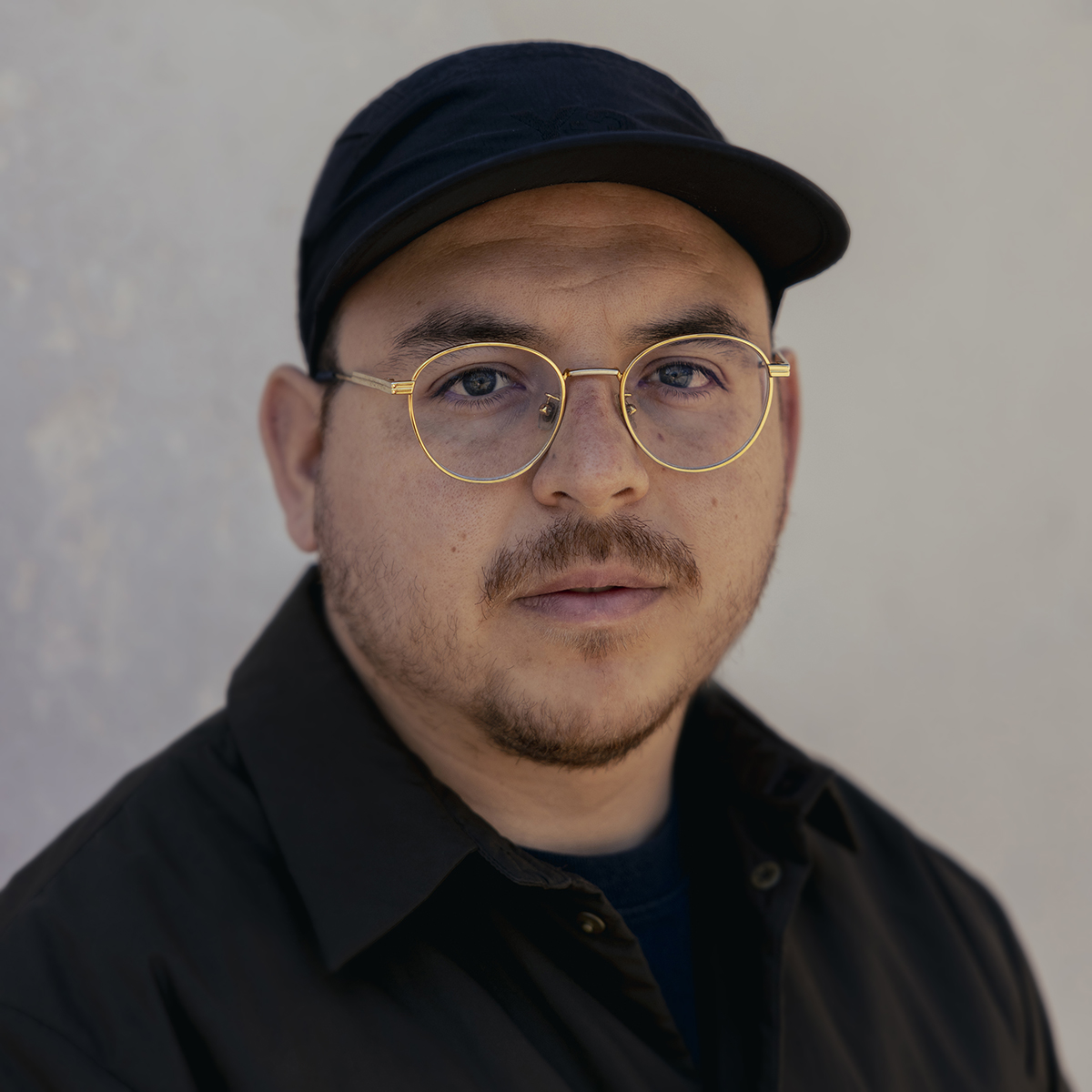 (Guatemala City, Guatemala) On the 18th of April, 1996, my father and I were abducted from our home and held captive for thirty-three days by an organized crime group known as “Los Pasaco”. In the early 90s, “Los Pasaco” were the most feared and notorious group of criminals in the country. During this captivity, my father was physically tortured and eventually had his left ring finger amputated and sent to my grandfather to pressure him into sending more money for ransom. Eventually, my father was released on the 30th day and told to gather more ransom money in order to have me released. Three days later, I was released in the small town of Chiquimulilla, Santa Rosa.

PASACO, 1996 is an investigative photography project that revisits this act. The project contains recuperated documents, media of the time, as well as new documentation of locations, people, and objects that took part in the act. The main objective of this project is to initiate conversations surrounding the story; those of violence, corruption, capital punishment, and criminal rehabilitation. 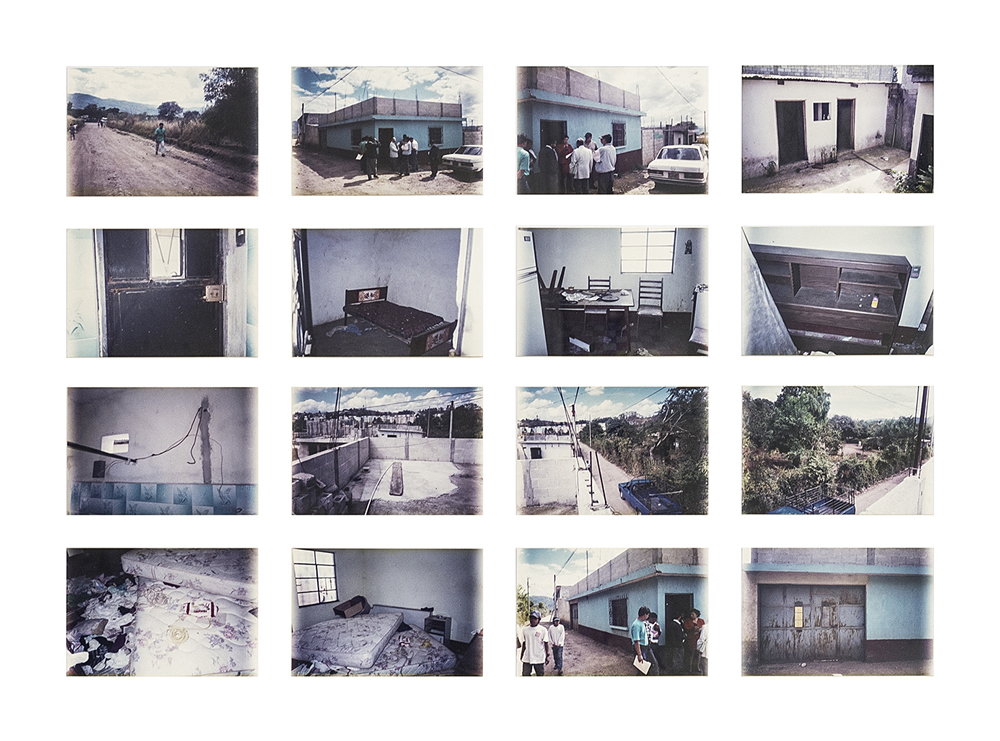 ©Luis Corzo, First location of captivity; It is located in the neighborhood of “La Esmeralda” in Guatemala City’s Zone 21. For about a week and a half, the abductees were held here, in the room next to the garage at street level. Months after the abduction concluded, authorities were able to locate this residence with the information provided by Juan Corzo, Jr. regarding the house’s whereabouts. During this discovery in 1996, these archival images were taken. 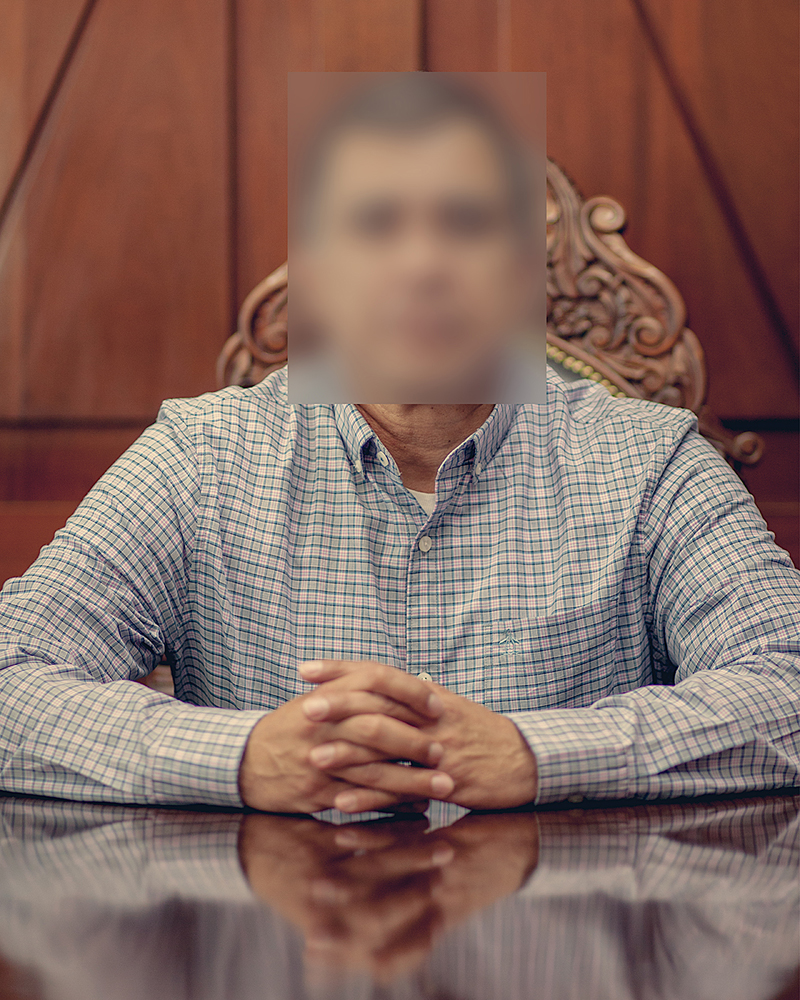 ©Luis Corzo, Advisor for negotiations with the abductors appointed by the government; Asked to remain anonymous. 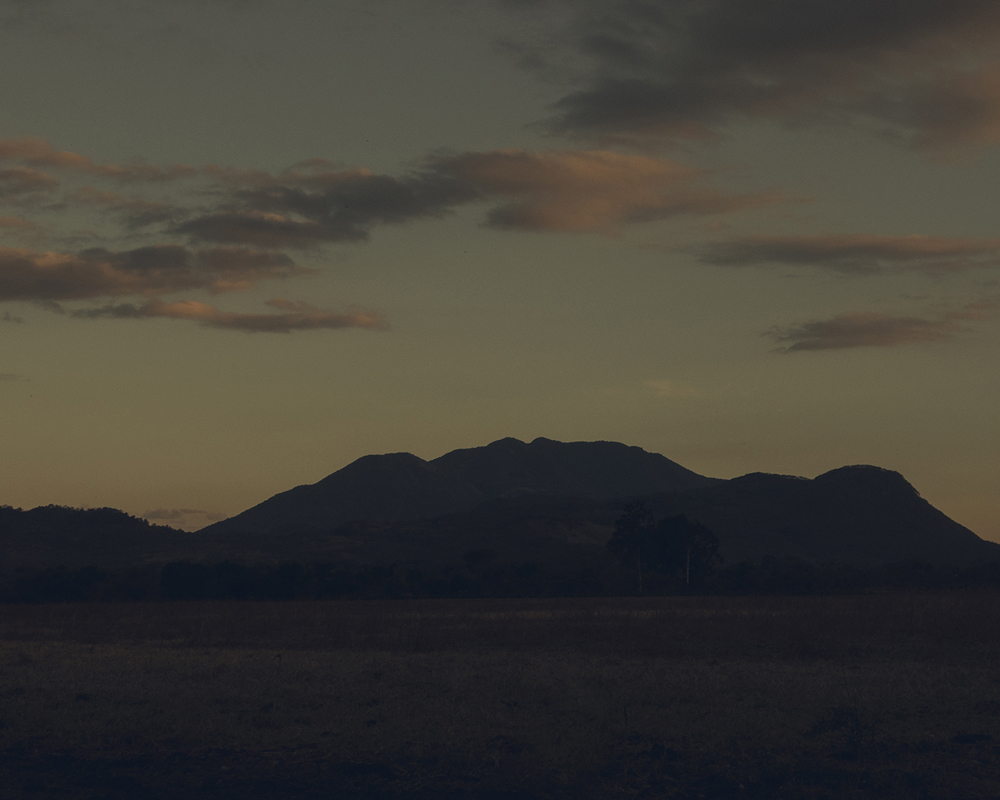 ©Luis Corzo, Second location of captivity; After about a week and a half, the abductors decided to move the operation into a mountain range in southern Guatemala. In the wee hours of daybreak, the abductees were put into the back of separate vans and driven about an hour and a half south. At the end of the journey, they were forced to hike up a mountain and sleep buried in the soil up to their heads. The next day, they were transferred to a small hut made of aluminum and wood. 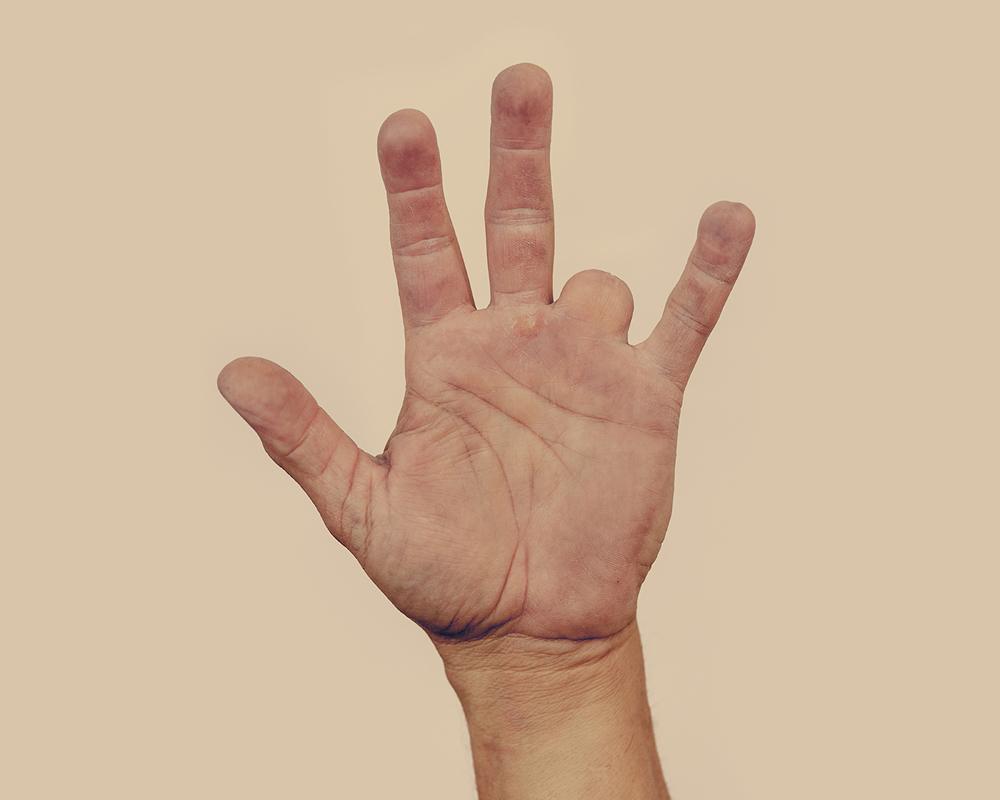 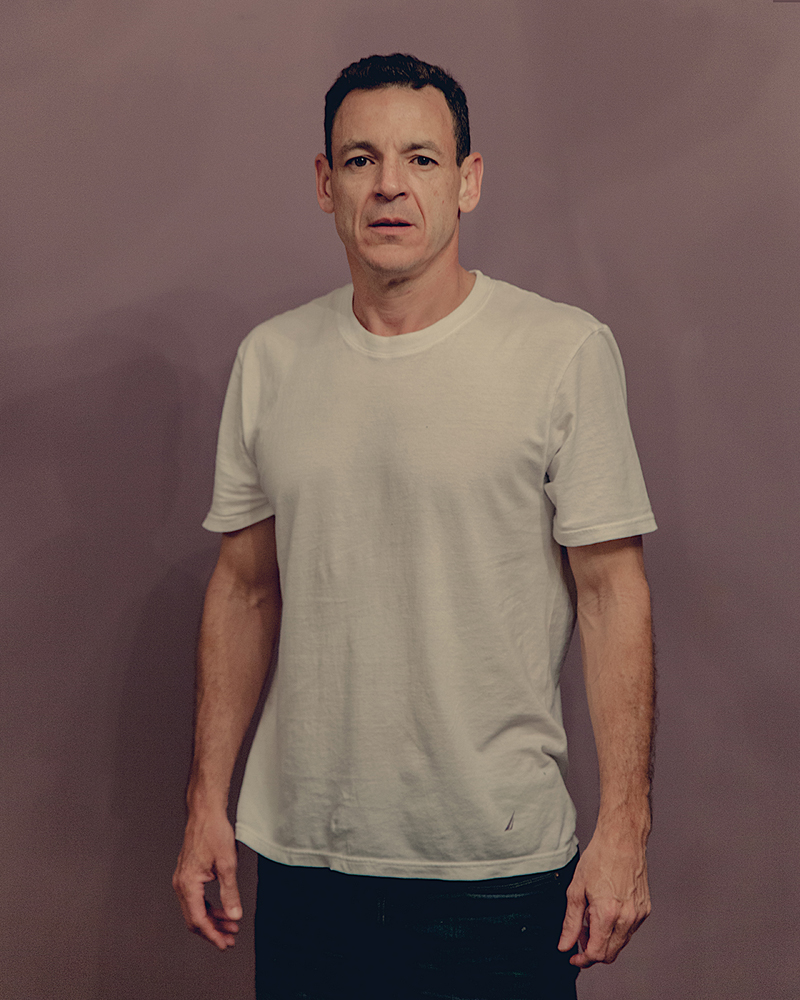 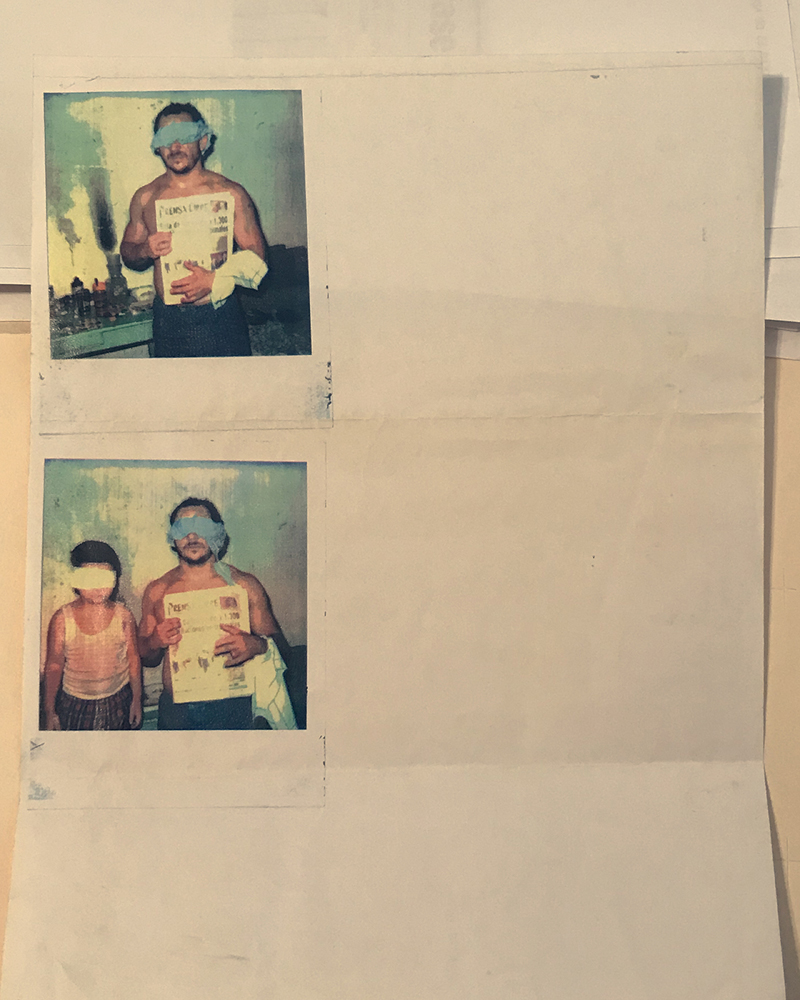 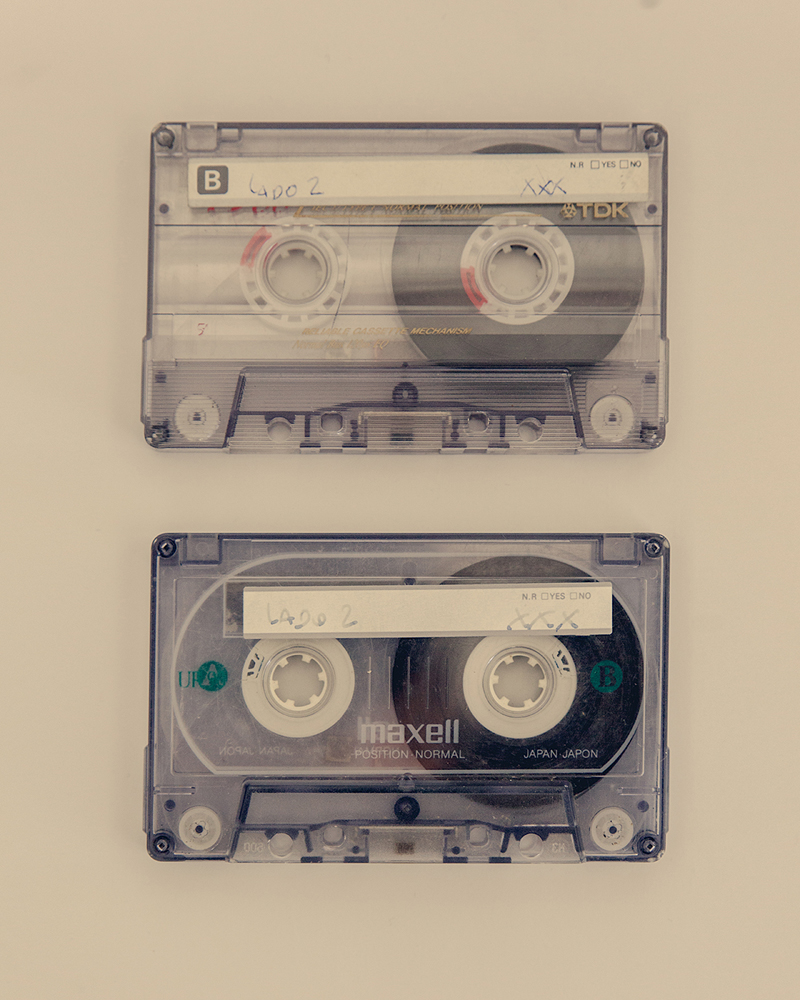 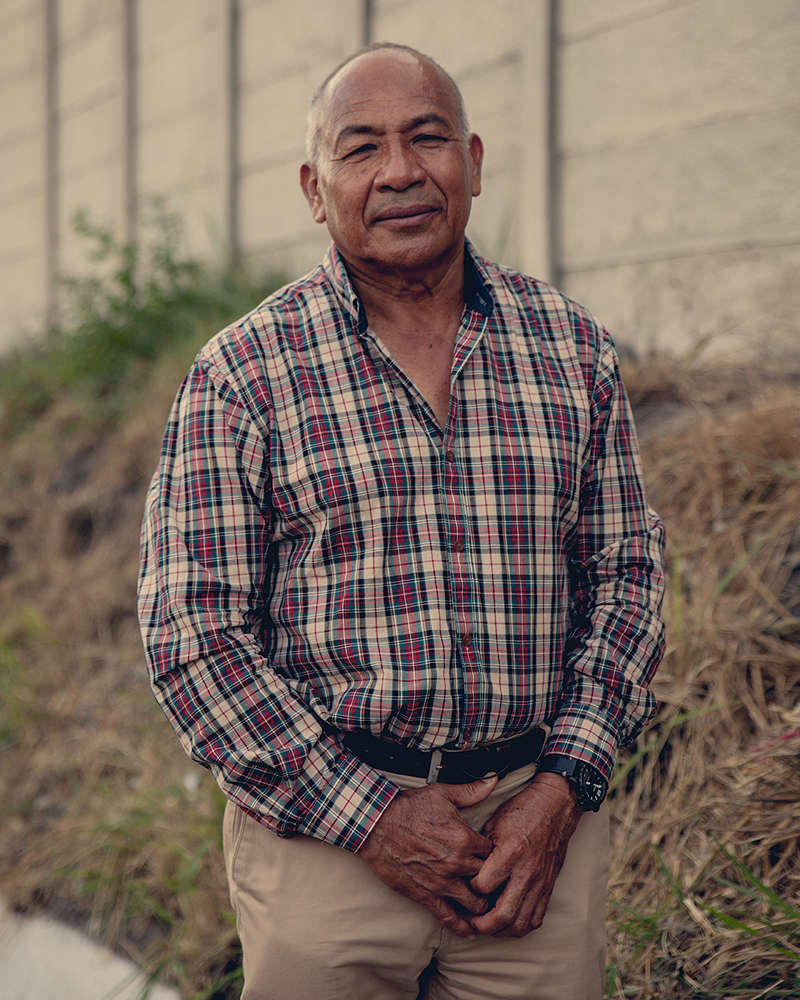 ©Luis Corzo, Abelisario Santos; Longtime family friend and employee of the family business. Abelisario volunteered to make the first and third deliveries of the ransom money. The first ransom delivery was about two weeks into the abduction. Abelisario was instructed by the abductors to bring a large backpack full of cash and drive a small motorcycle down to Lago Amatitlán (about 40 minutes south of Guatemala City), at around 2:00 am. At the midpoint of the trajectory, he was intercepted by the abductors. He was forcefully stopped in the middle of the CA-9 highway, brought down and brutally beaten. The abductors took the backpack and fled. This portrait was taken at the precise location where he was stopped on that rainy morning. Not yet satisfied with the payments received, the abductors released Juan Corzo, Jr. and forced him to gather the last ransom payment to grant Luis’ freedom. 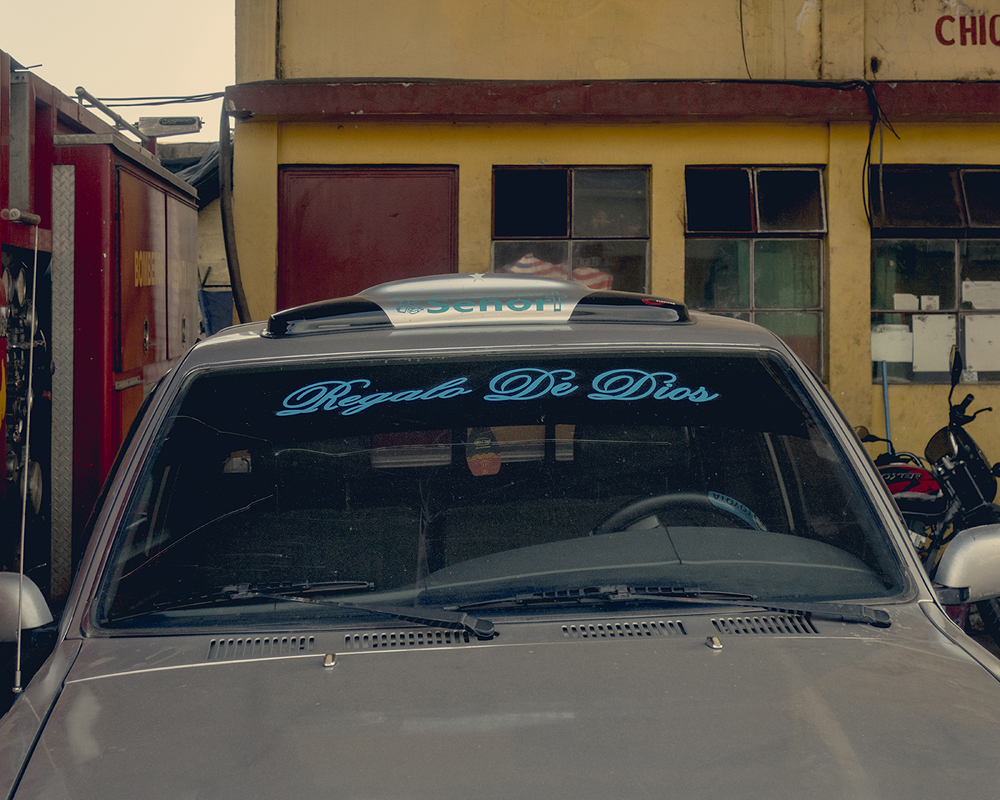 ©Luis Corzo, Estación de bomberos voluntarios de Chiquimulilla, Santa Rosa; On May 21st, 1996, Luis Corzo was released in the small town of Chiquimulilla, Santa Rosa. At around 6:00 pm he was driven down from the mountains on a gray pick up truck, blindfolded. Once they arrived in the town, Luis was instructed to look out the window and not at them; otherwise, he would be killed. He was given a small piece of paper with his name and his grandfather’s (Juan Corzo, Sr.) home phone number. Before getting off, the blindfold was removed, and they indicated he walk away from the car and not to look back. He followed their instructions and eventually reached the volunteer firefighter’s station of Chiquimulilla. After explaining that he was just released from an abduction, the firefighters hurried to call his family. Astoundingly, there was no telephone at the station so they walked over to a neighbor’s house and were able to place the call. Shortly after, one of the firefighters volunteered to drive Luis back to the volunteer firefighter’s central station in Guatemala City, which was about two hours away. He was picked up by some family members, including his mother, Maria Spillari. 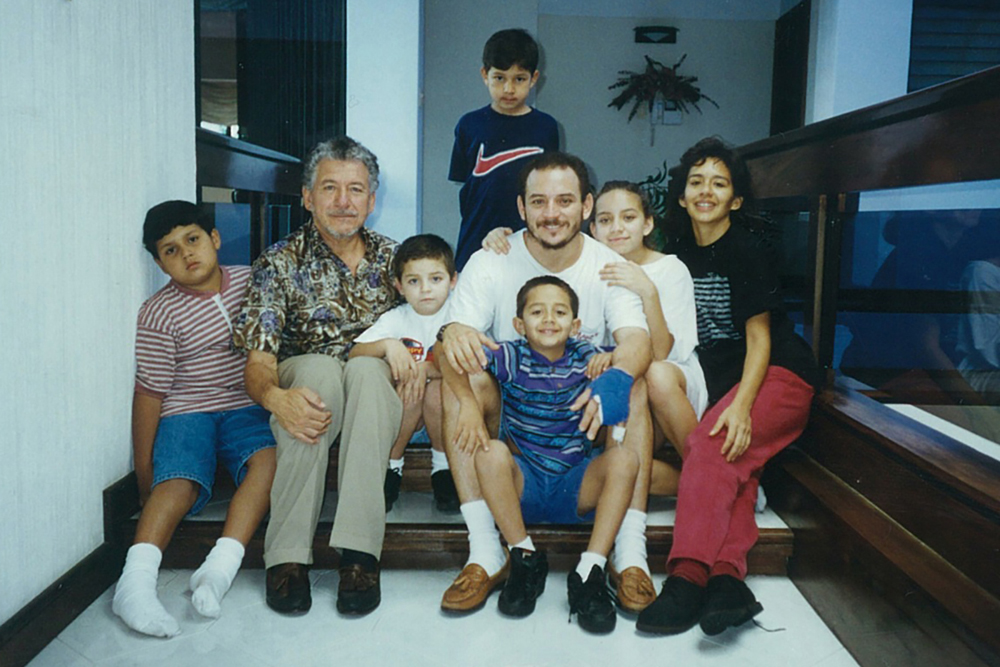 ©Luis Corzo, Corzo family picture; A photograph of Luis and Juan Corzo, Jr. (both abductees) with some family members the day after Luis’ release. 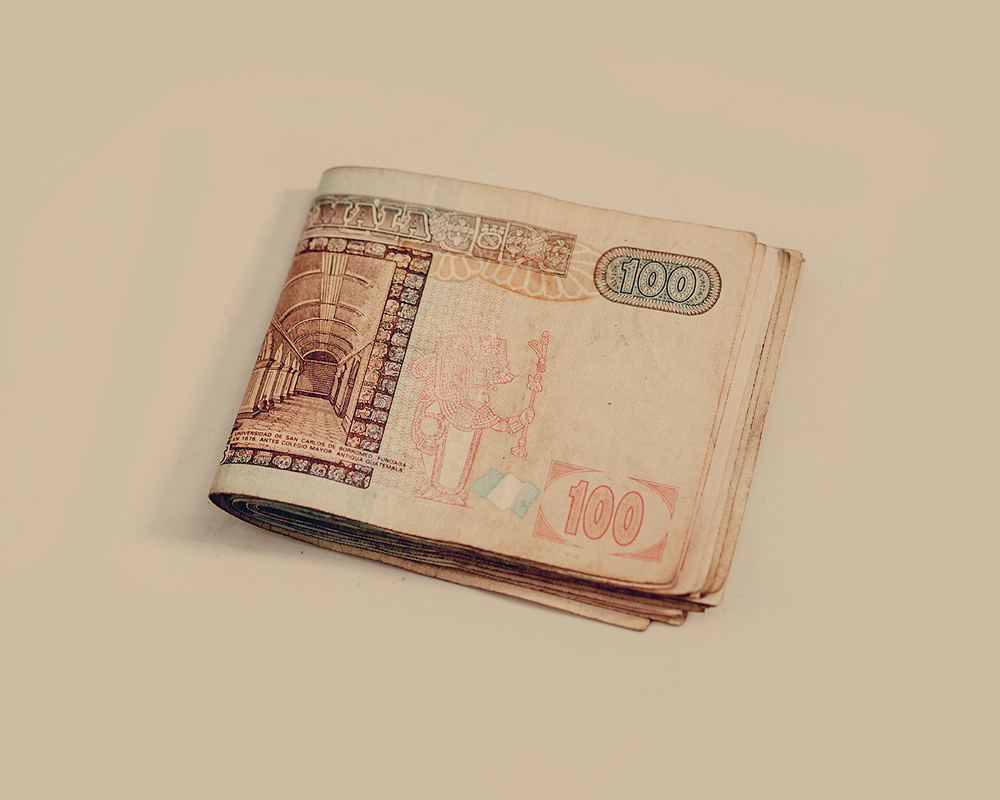 ©Luis Corzo, Q.1,000; A few months later, the Guatemalan police unit captured some members of “Los Pasaco”. Juan Corzo, Sr. was contacted by a group of police officers who offered to assassinate the kidnappers on the spot for 1,000 Guatemalan Quetzales each (equivalent to approximately 130 USD) and evade trial. Juan Corzo, Sr. strongly declined the offer and he and the family decided to proceed with the criminal trial. 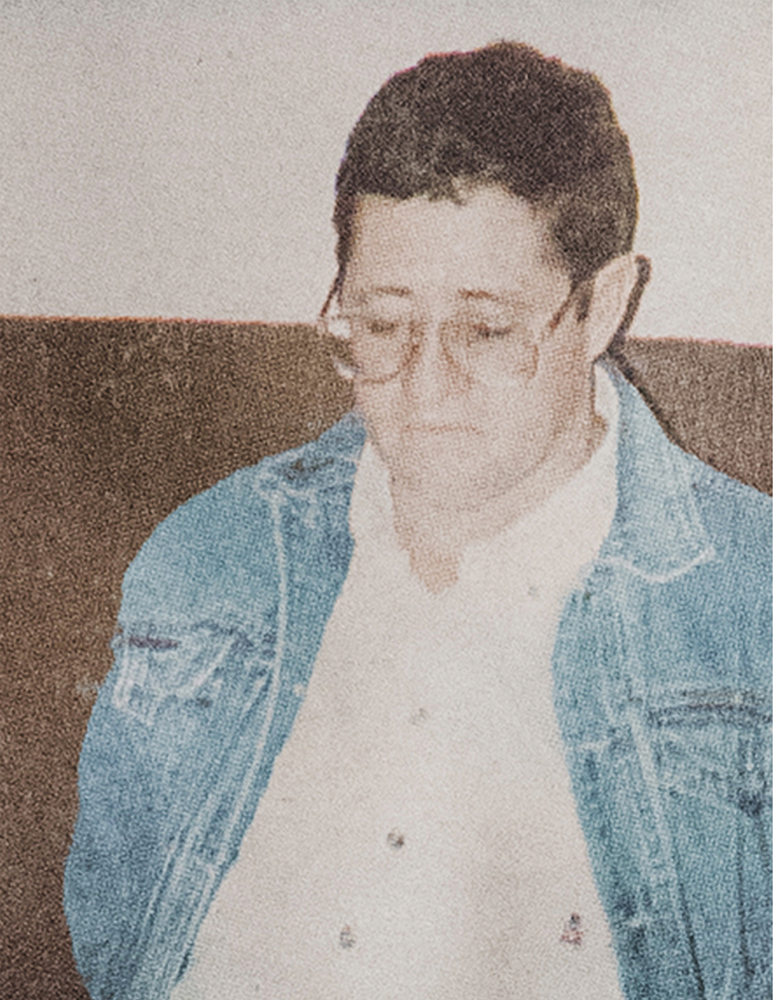 ©Luis Corzo,José Luis Barahona Castillo; José Luis was the leader of the group responsible for the abduction of Juan Corzo, Jr. and Luis Corzo. Image 40 is a newspaper cutout showing a portrait of José Luis during the 1998 trial. Years later, in March 2019, Luis Corzo received a tip (from a source that wishes to remain anonymous) that José Luis Barahona Castillo’s brother, Walter, was incarcerated in the prison known as “the Little Hell”. On March 10, 2019, Luis visited Granja de Alta Seguridad Canadá, “the Little Hell”. He was forced to bribe two officers for a total of 55 Quetzales (which is equivalent to 7 USD) in order to enter the jail. As he entered, Luis was stunned to find out that Walter was no longer housed in the prison; instead, the leader himself, Jose Luis Barahona Castillo was there in the prison. With the help of another inmate, Luis was able to locate him. 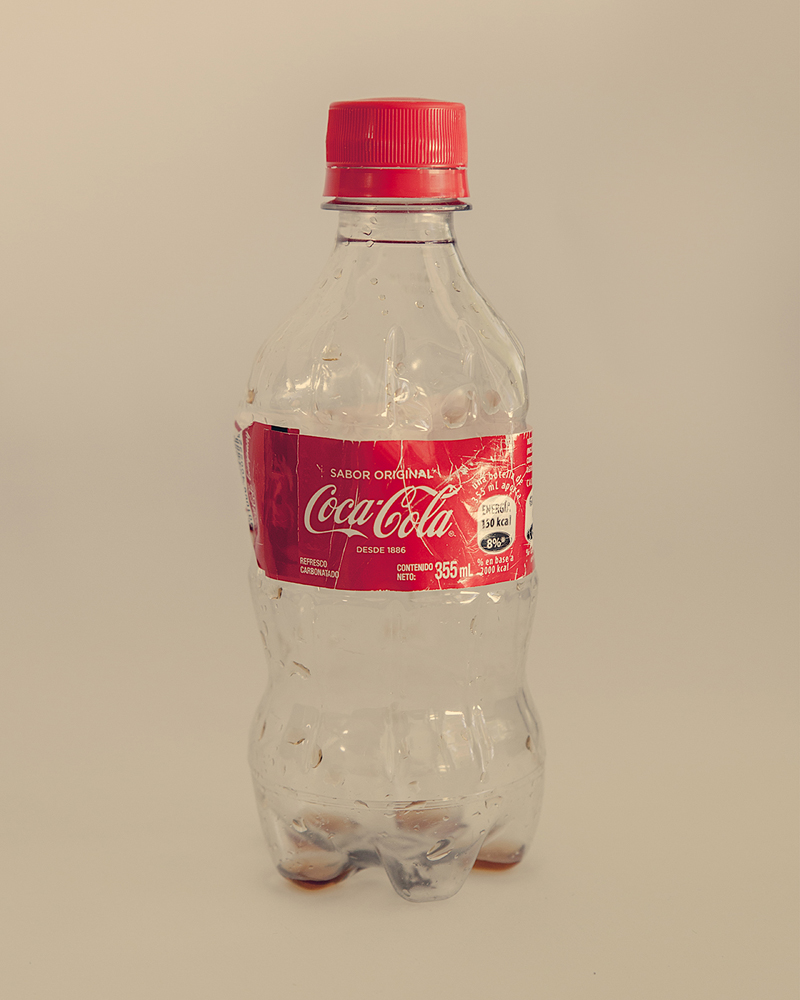 ©Luis Corzo, José Luis owned a small shop where he sold soda and snacks in the back part of the prison. José Luis offered Luis Corzo a Coca-Cola (image 41). Next to his small shop, he had set up a small table with two chairs where they sat and spoke for nearly an hour. Two years later, in August 2021, José Luis Barahona Castillo passed away in “the Little Hell” from an unknown cause.