When Gregory Jones shared his new project, Los Angeles, I experienced a bit of deja vu.  His photographs were transversing many of the same streets I travel on a daily basis and what may be a road trip for him, was unfortunately a reality for me.  These are images created with a disposable camera in preparation for a long term project.After graduating from the Rochester Institute of Technology with a BFA in Fine Art Photography, Gregory received an artist residency in Bejing, China, currently he is working as the co-editor of the terrific Urbanautica Magazine  and working on his fine art photography.
Images from Los Angeles 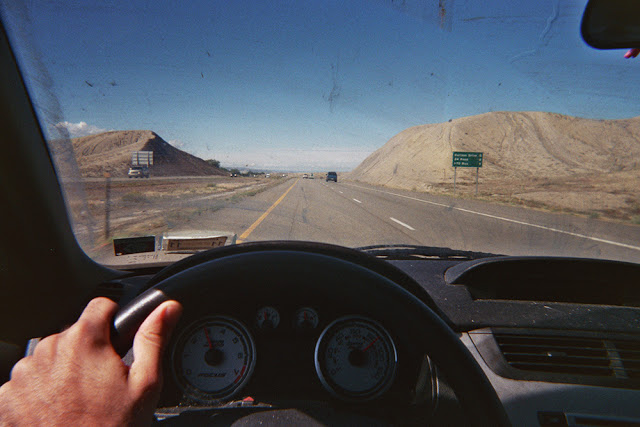 Los Angeles, 2011: In the Fall of 2011 I drove from Rochester, NY to Los Angeles. where I spent three weeks working on the first part of a long-term project. This isn’t the project. 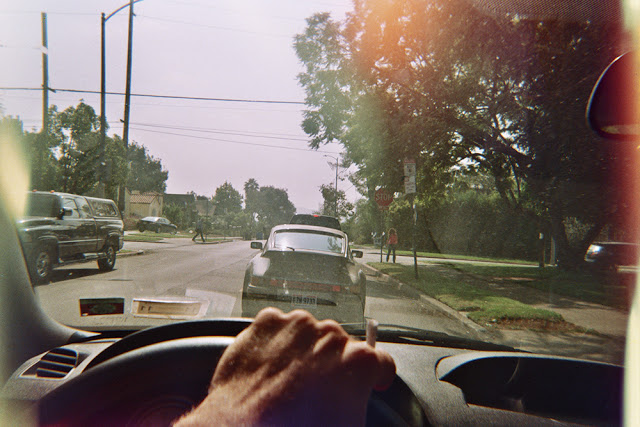 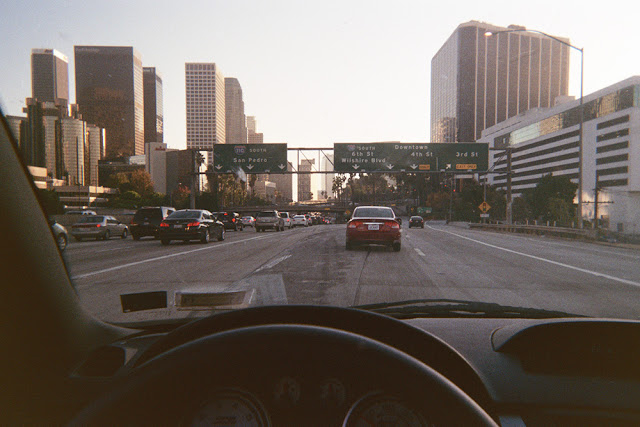 These pictures were made on the streets and highways of Los Angeles, as I drove around looking for places to make pictures. 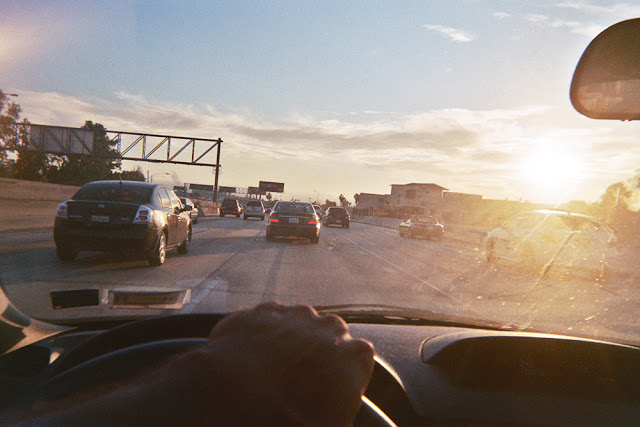 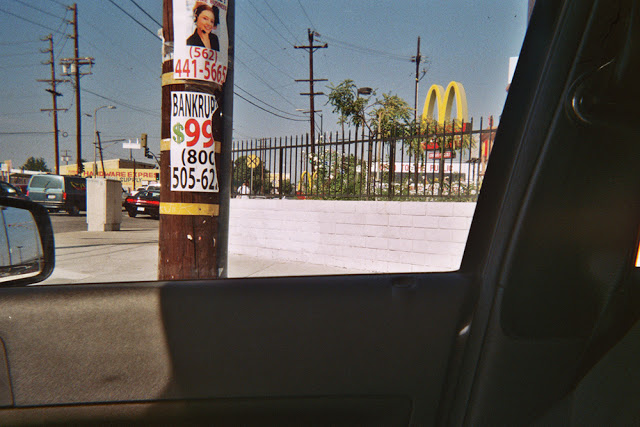 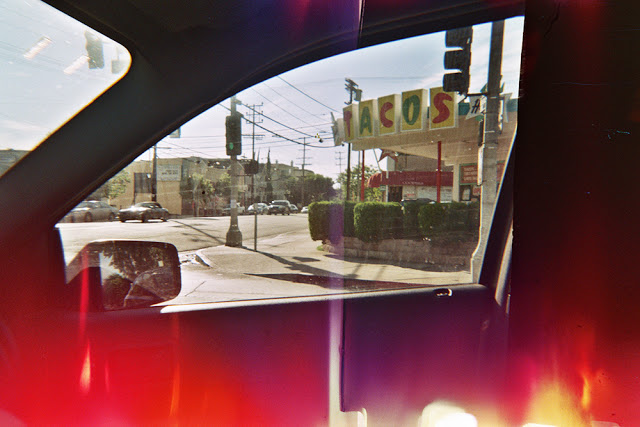 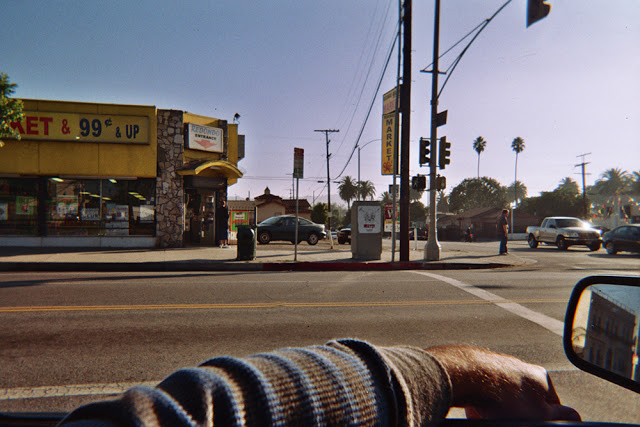 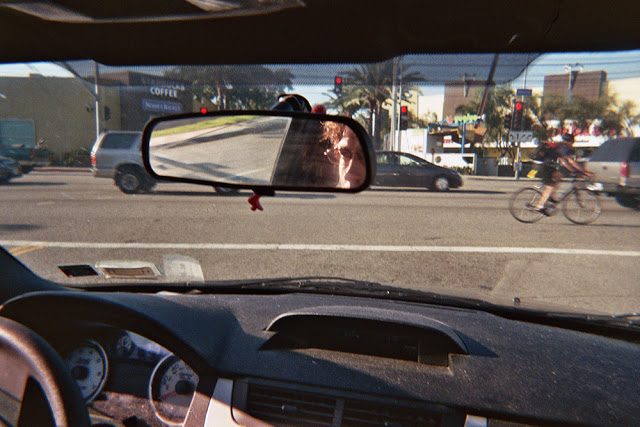 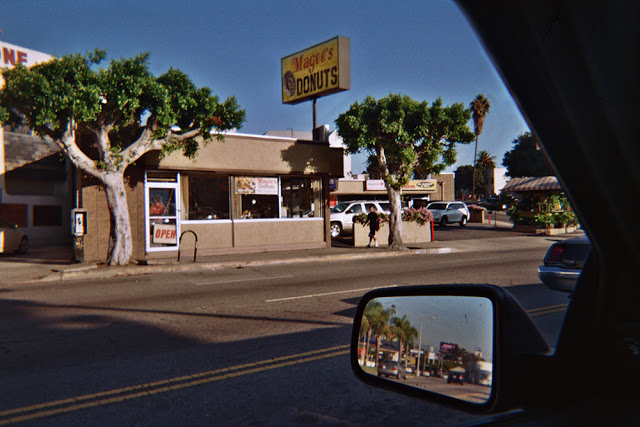 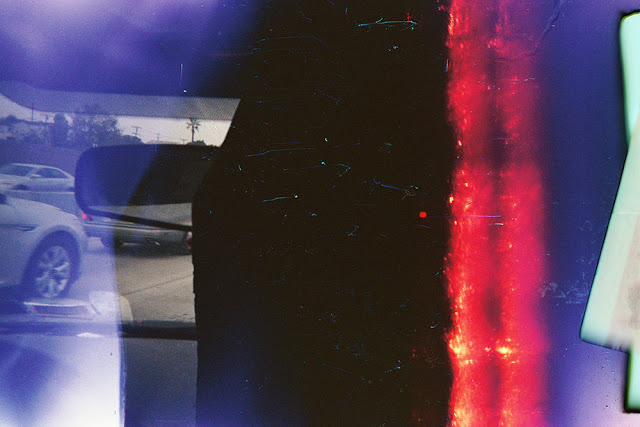 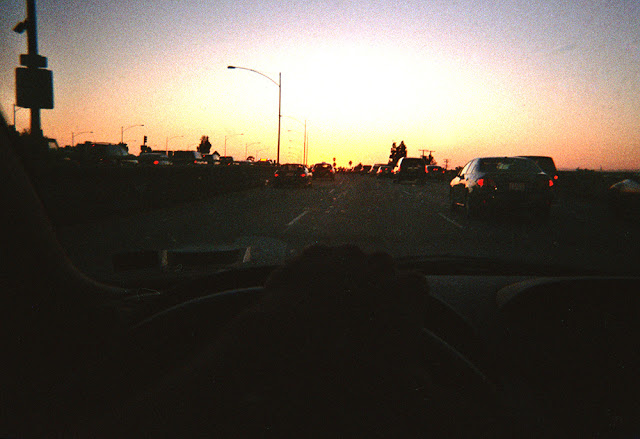 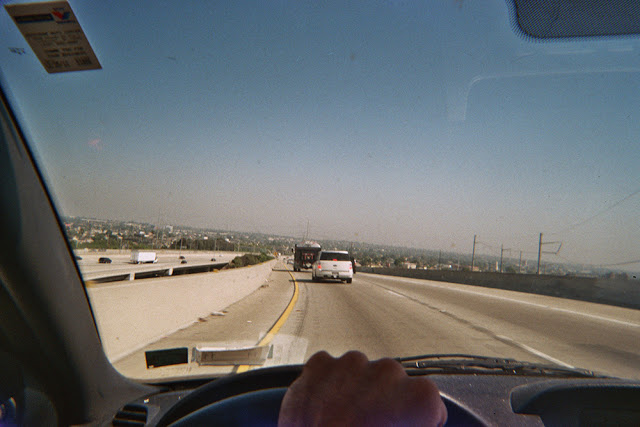 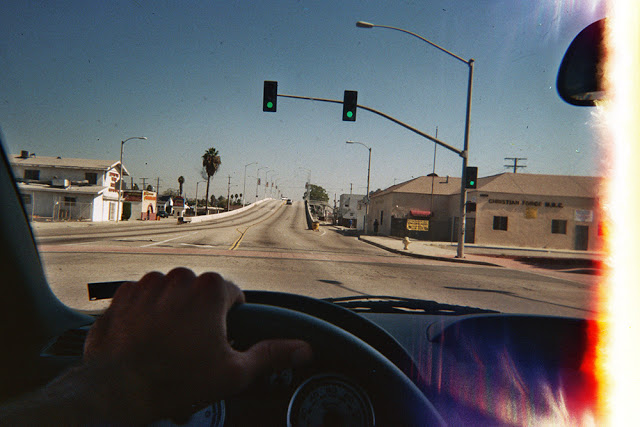 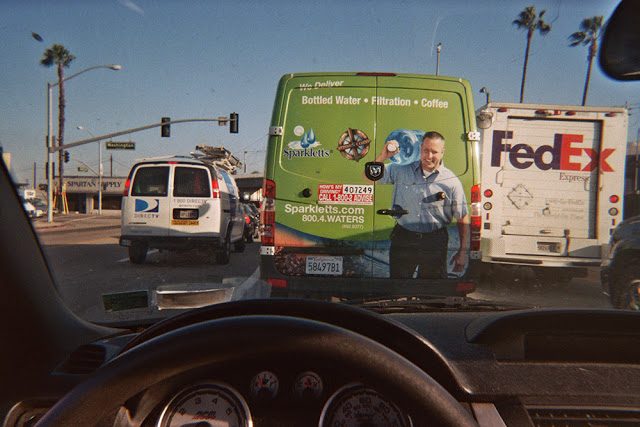