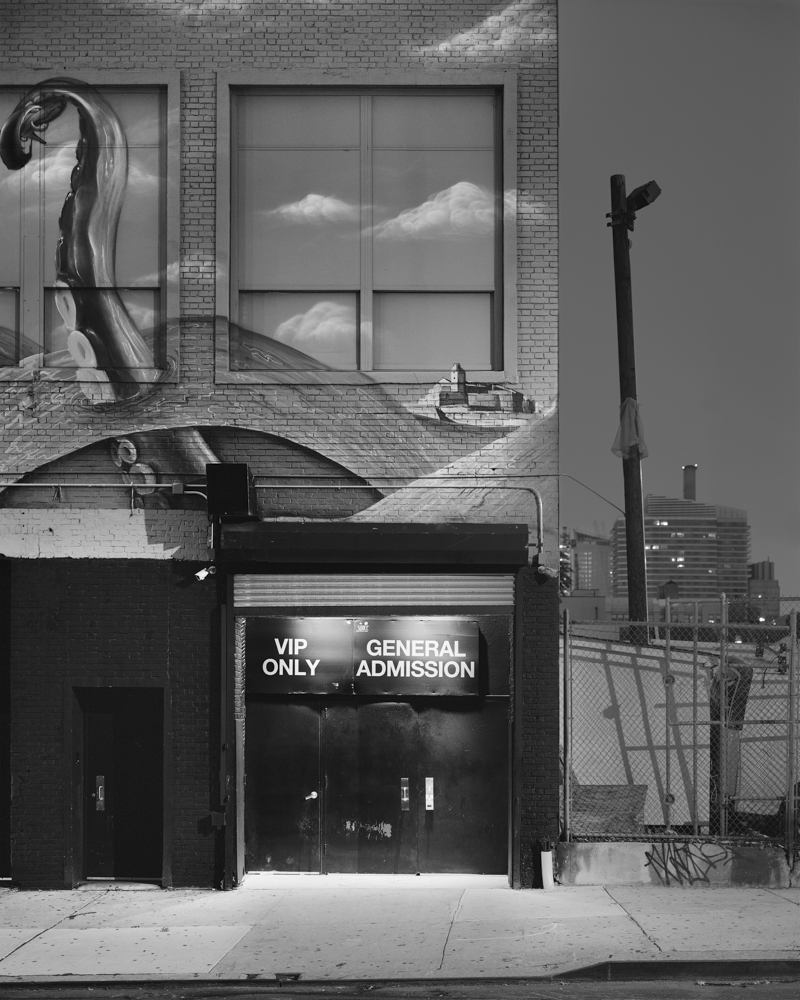 I remember those nights so well. The expectation of the hours ahead, when getting ready was as monumental as the experiences to come. The taxi drops you in front of an unimpressive warehouse, and the line is already wrapped around the block, only the red velvet rope and the bouncer determines whether you wait outside or not. Once inside, the thunk thunk thunk of the bass reverberates into every corner, and you toss your coat to the coat check girl and assume a shit eating grin of expectation as you enter the spectacle, hoping to catch a glimpse of Madonna or Andy or some celebrity prize for later retelling over breakfast. It’s a night of sweat and lights and dance and drink and drugs and possibility. Photographer Richard Renaldi, best known for his profound project, Touching Strangers, has a new project and book (published by Aperture), Manhattan Sunday, that is a visual diary of New York club life from 2010 to present, captured in those magic hours before the sun comes up. The work hearkens to the heyday of the 1980’s club scene where Studio 54 was king, and anything was imaginable.

The Benrubi Gallery (where Richard just closed an exhibition) states: If hedonism informs these images, from the bare skin and muscled bodies in many of its portraits to the disco balls and bottles of poppers in its still lifes, it’s a sensuality tempered by reflection. The faces are blissed out, maybe even a bit wan after eight or ten hours of clubbing. Black and white lends a coolness to the scenes, merging day with night, while several long exposures capture the euphoria of the club experience, but also its transience. “It was in these serene moments,” Renaldi writes, “leaving the clubs, totally spent, that a new city revealed itself to me.” 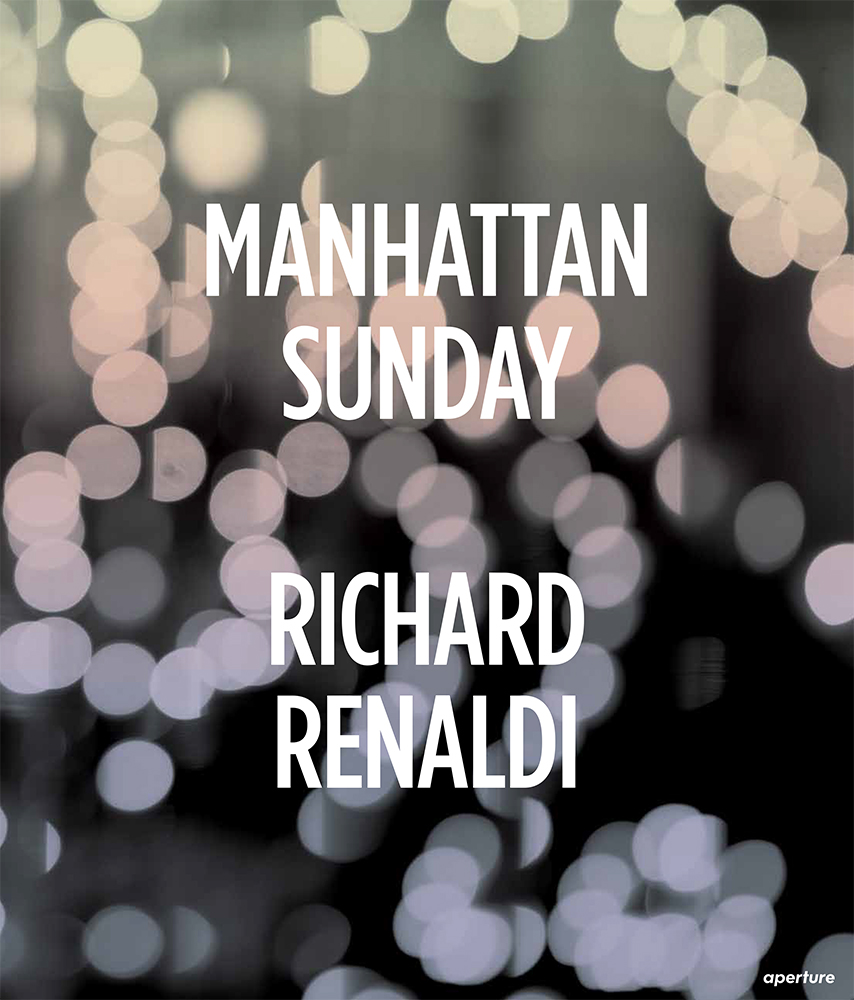 Richard Renaldi was born in Chicago in 1968. He received his BFA in photography from New York University in 1990. Exhibitions of his photographs have been mounted in galleries and museums throughout the United States, Asia, and Europe. Renaldi is represented by Benrubi Gallery in New York and Robert Morat Galerie in Berlin. In 2006, Renaldi’s first monograph, Figure and Ground, was published by the Aperture Foundation. His second monograph, Fall River Boys, was released in 2009 by Charles Lane Press. In 2014, Touching Strangers was released by the Aperture Foundation. The following year, Richard was named a John Simon Guggenheim Memorial Foundation Fellow in Photography. Renaldi’s most recent monograph, Manhattan Sunday was published by the Aperture Foundation in the fall of 2016. 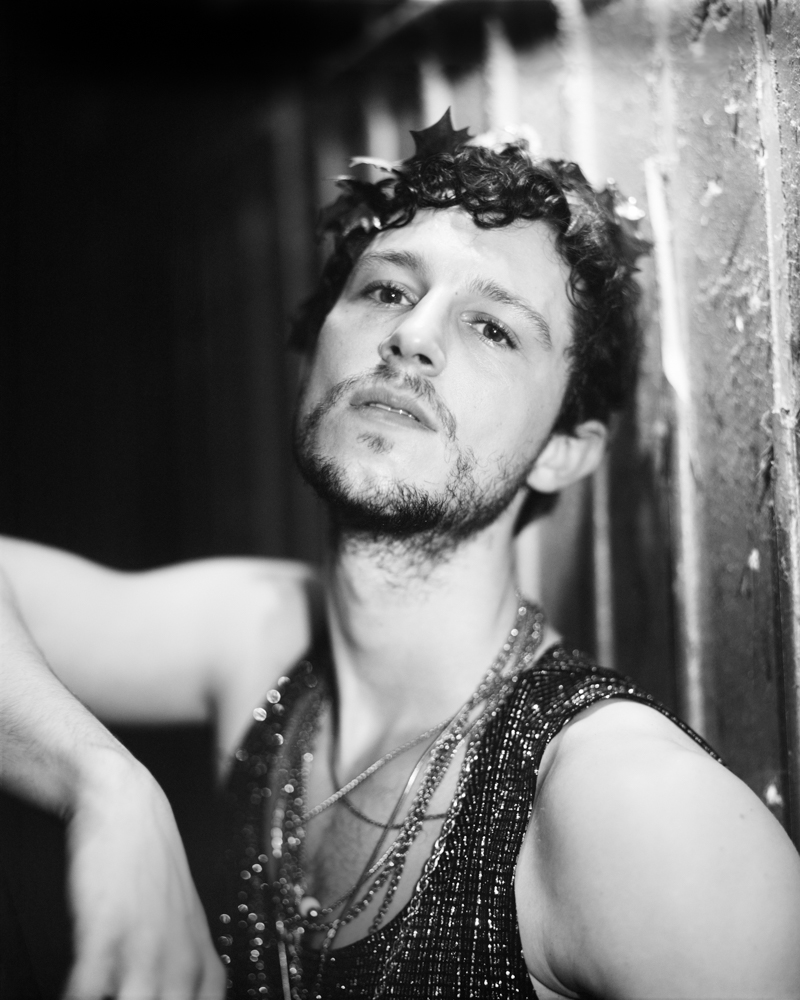 Manhattan Sunday is part homage to a slice of New York nightlife, and part celebration of New York as palimpsest—an evolving form onto which millions of people have and continue to project their ideal selves and ideal lives. In the essay that accompanies his photographs, Richard Renaldi describes his experiences as a young man in the late 1980s who had recently embraced his gay identity, and of finding a home in “the mystery and abandonment of the club, the nightscape, and then finally daybreak,each offering a transformation of Manhattan from the known world into a dreamscape of characters acting out their fantasies on a grand stage.”Drawing heavily on his personal subcultural pathways, Renaldi captures that ethereal moment when Saturday night bleeds into Sunday morning across the borough of Manhattan. This collection of portraits, landscapes, and club interiors evokes the vibrant nighttime rhythms of a city that persists in both its decadence and its dreams, despite beliefs to the contrary. Manhattan Sunday is a personal memoir that also offers a reflection the city’s evolving identity – one that still carries with it and cherishes the echoes of its past  –Aperture Books 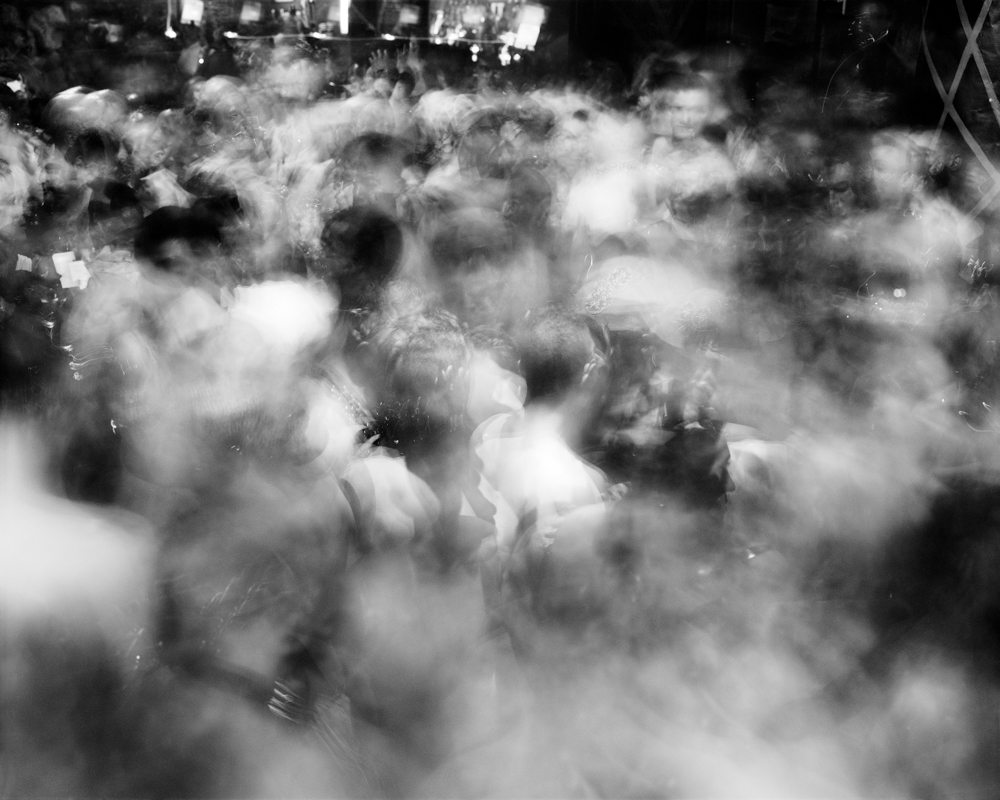 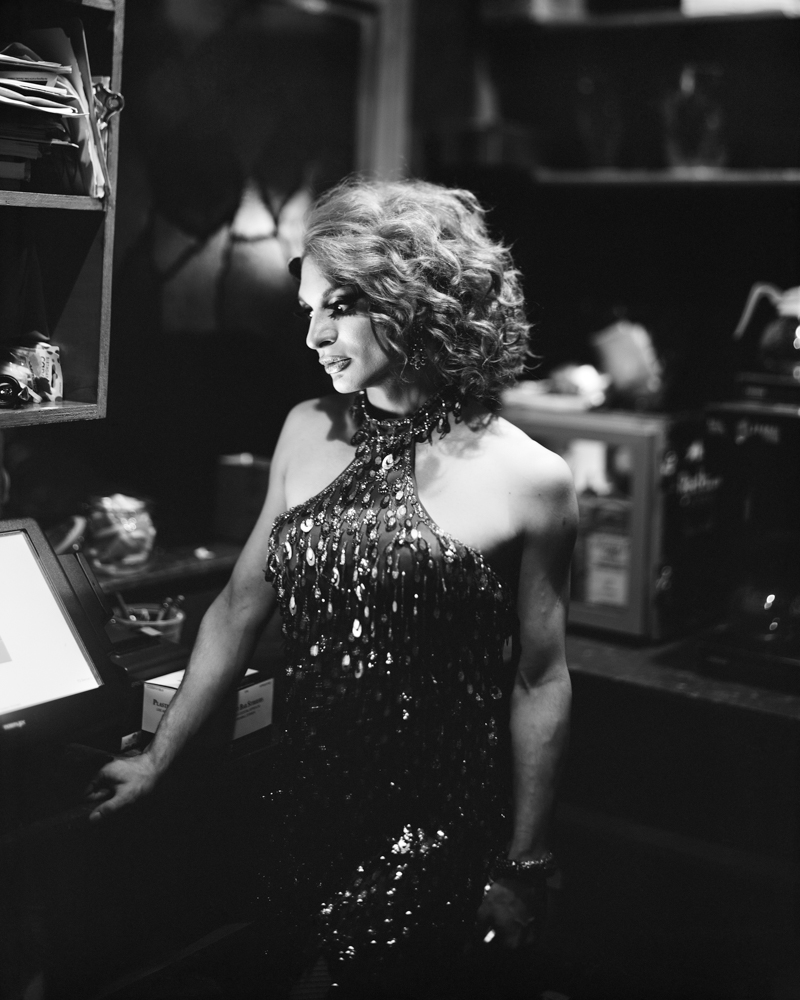 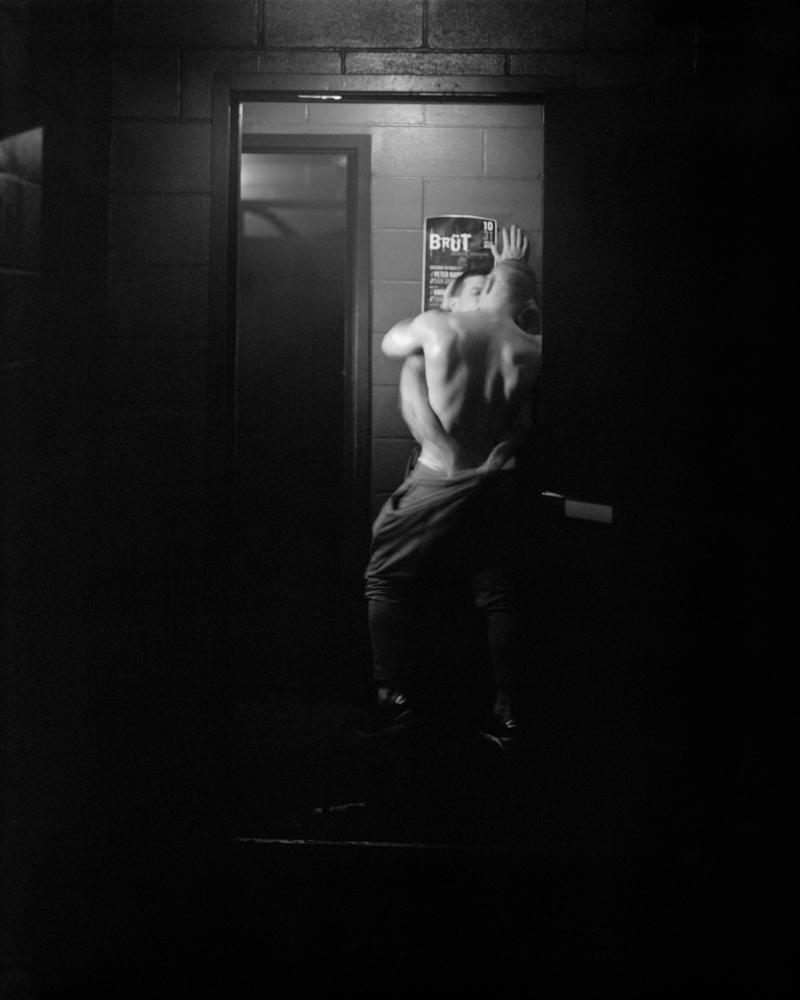 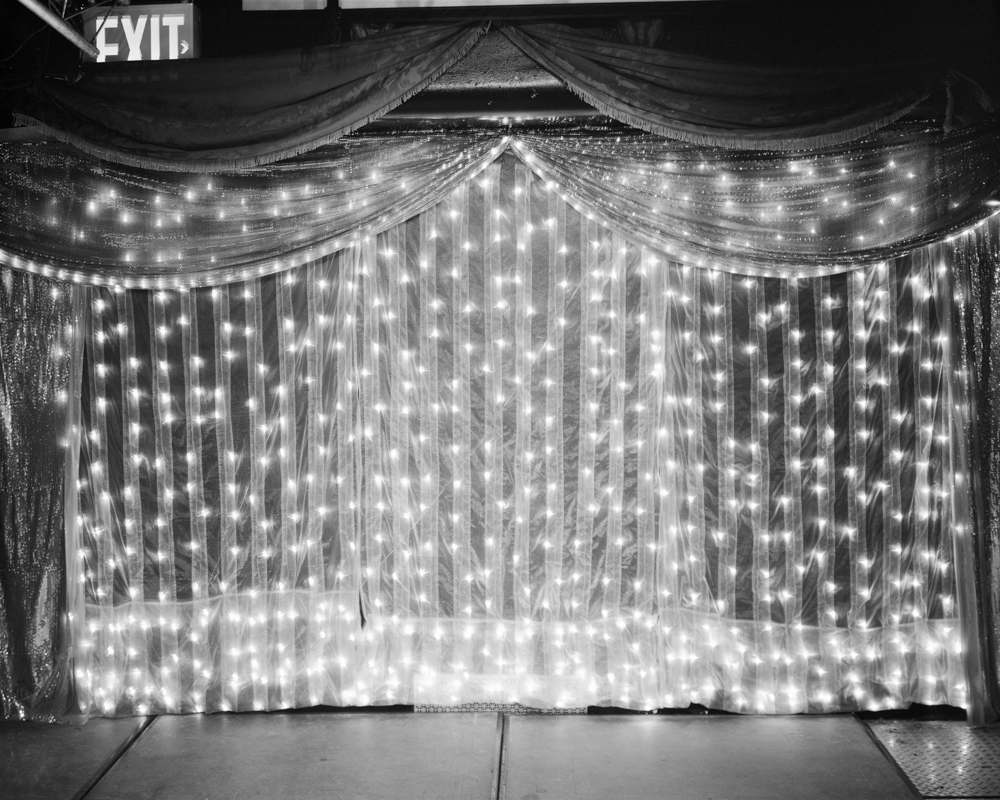 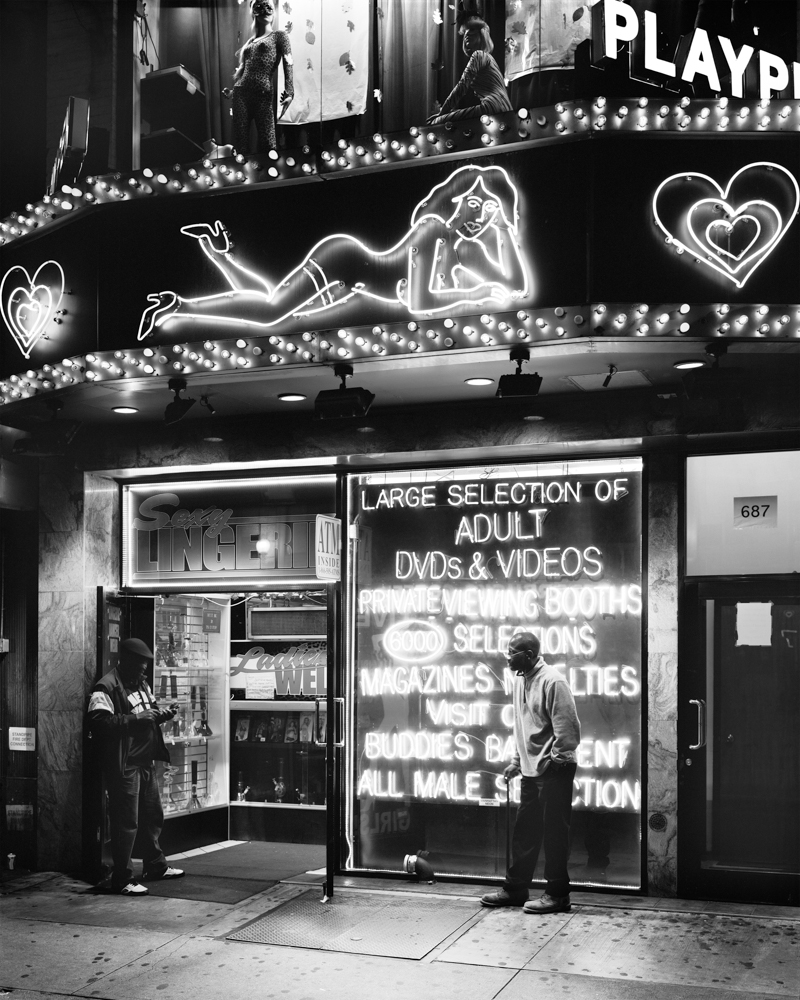 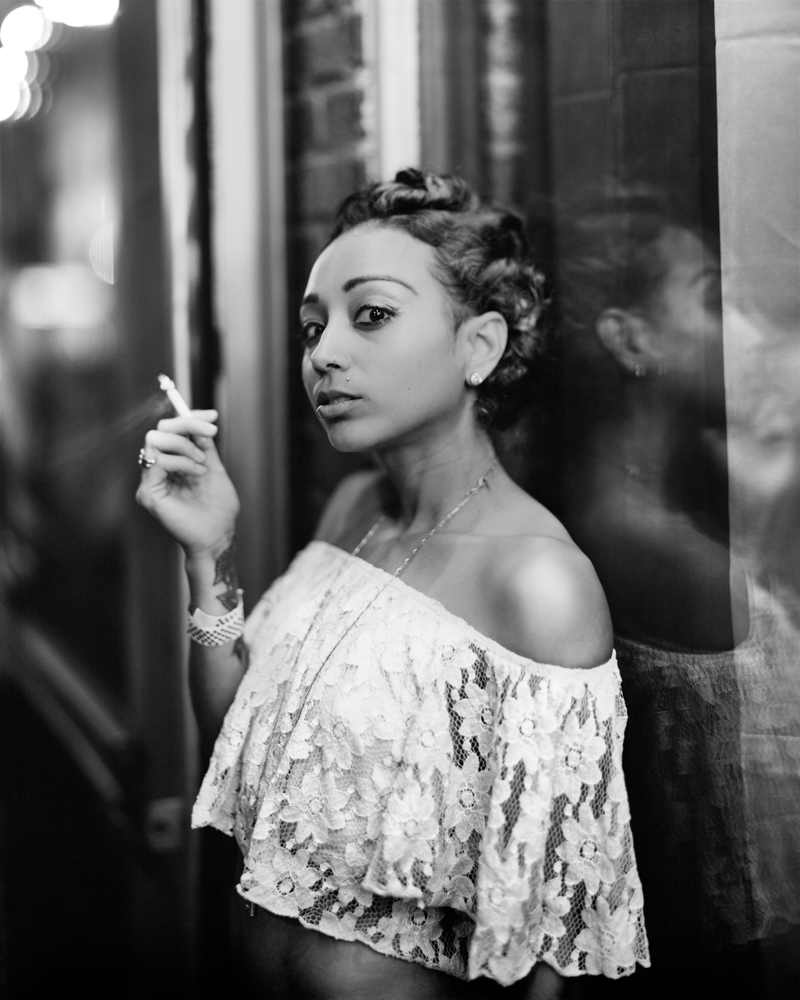 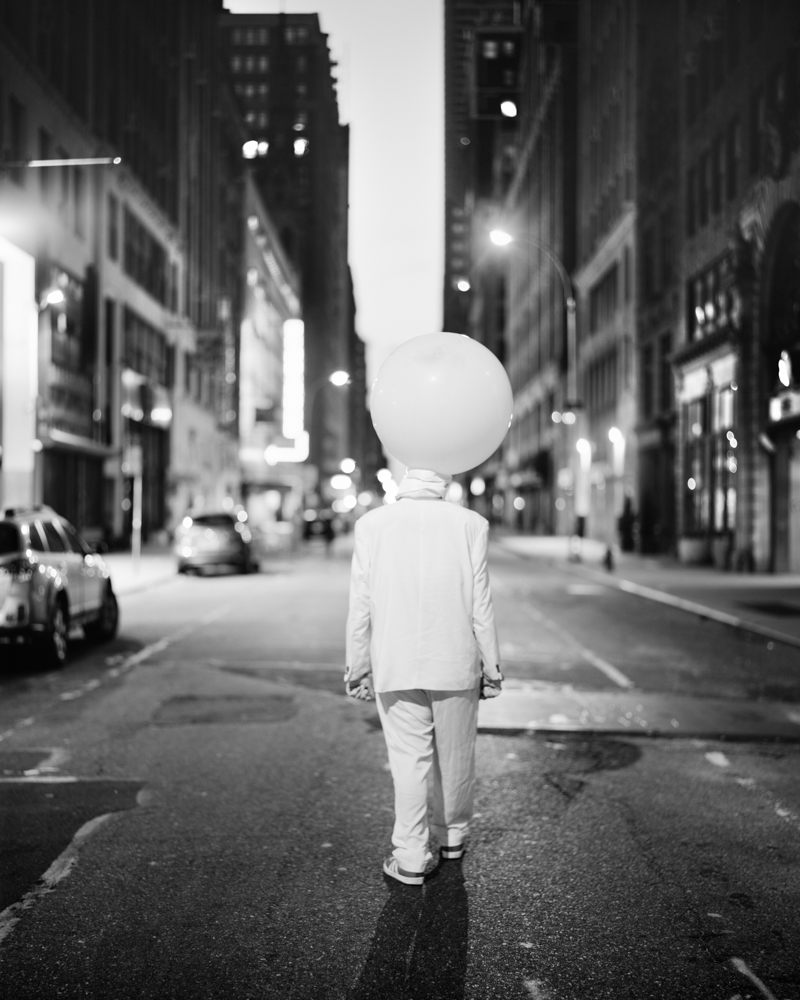 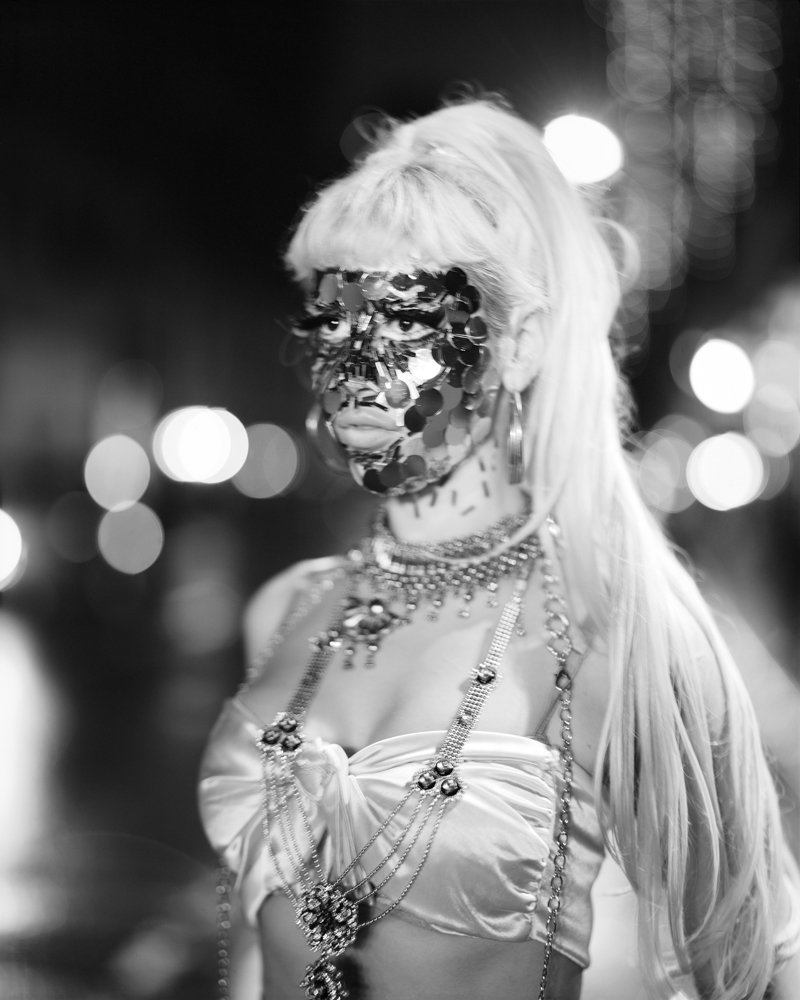 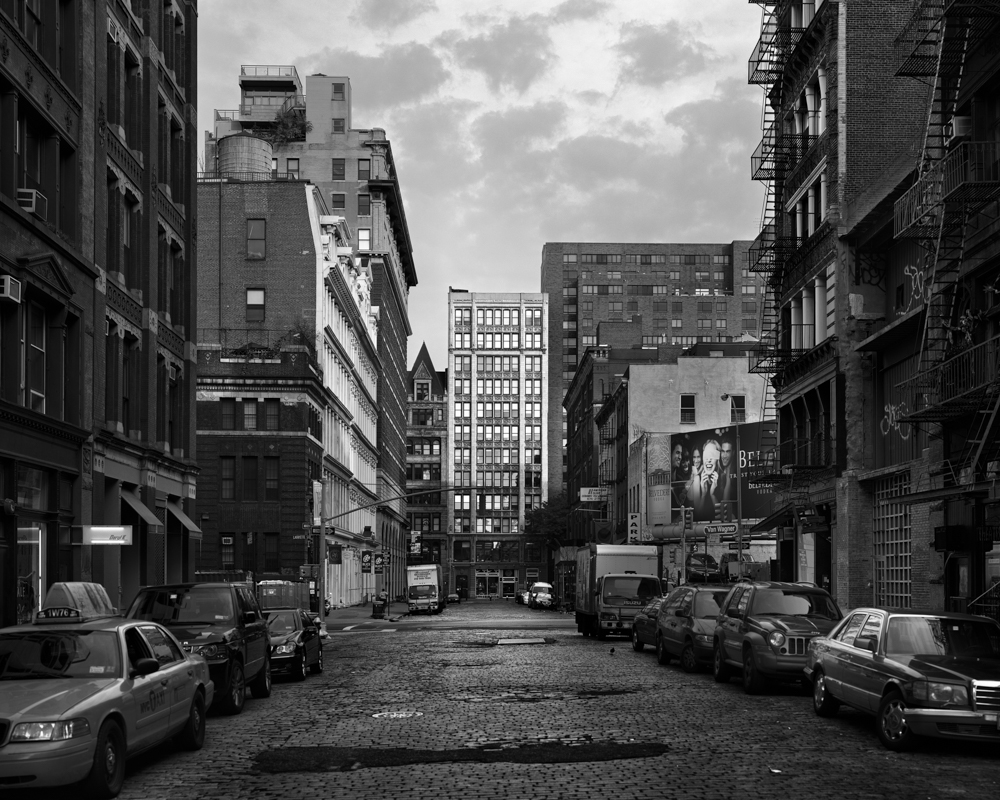 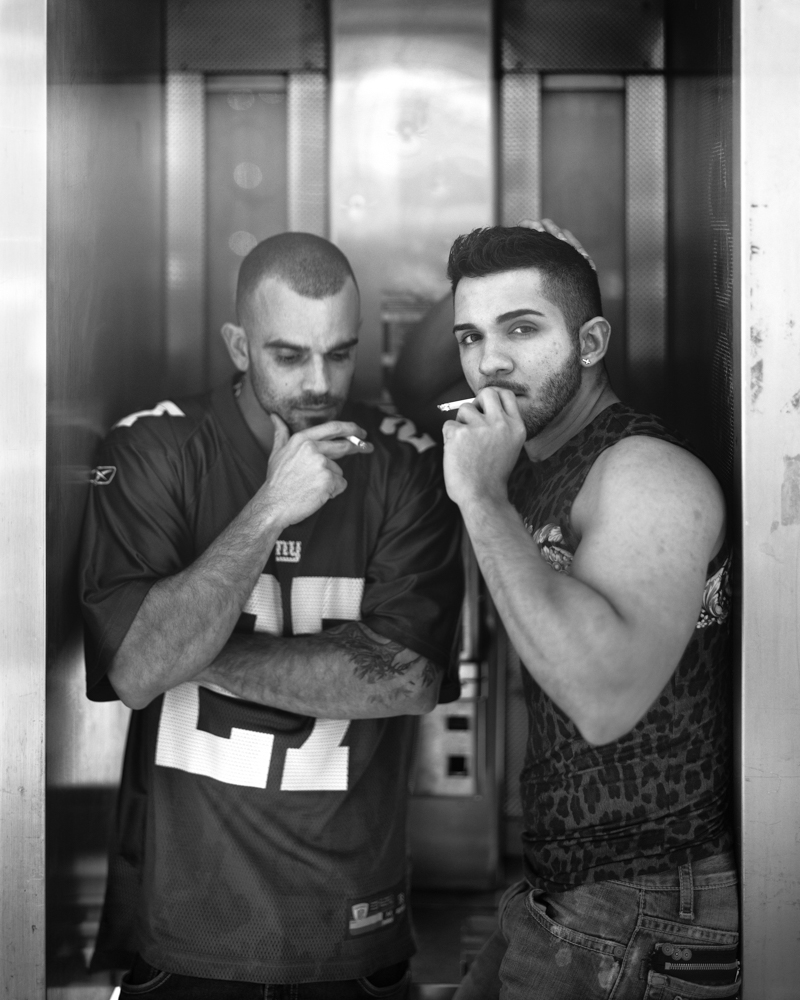 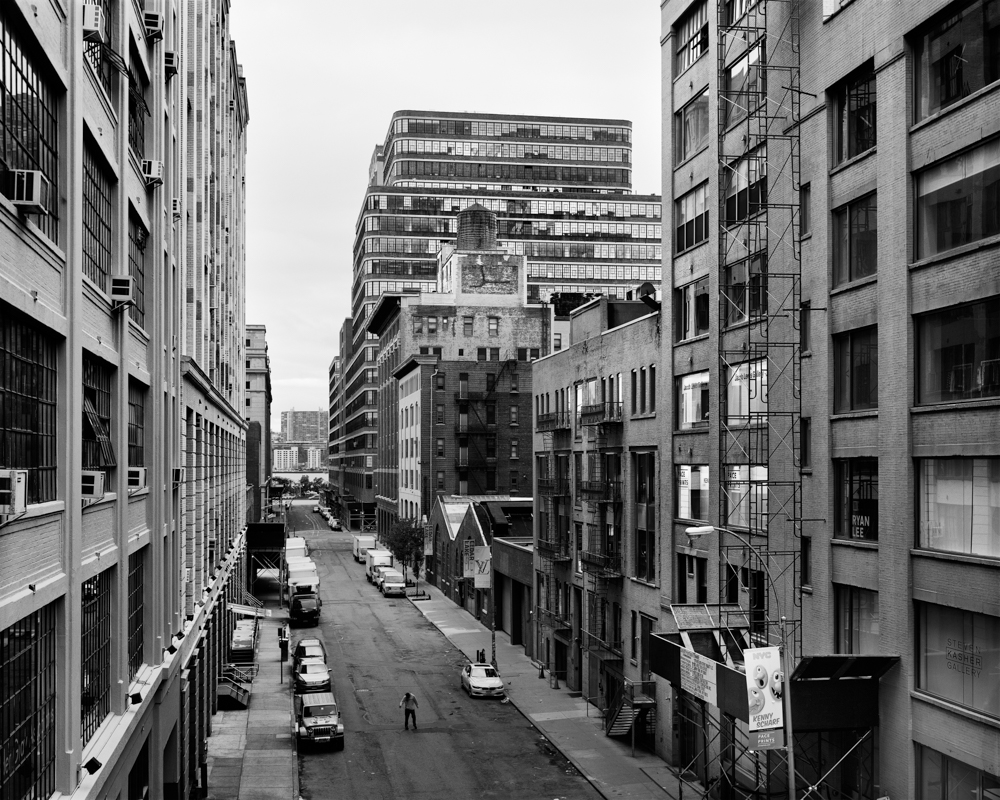 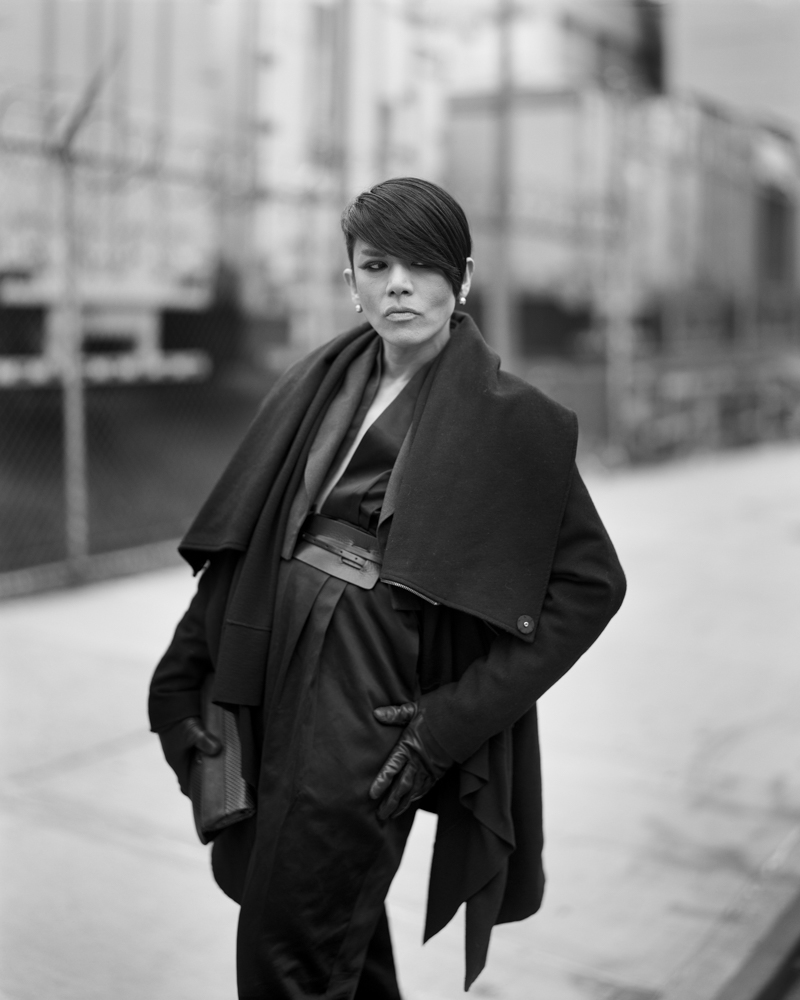 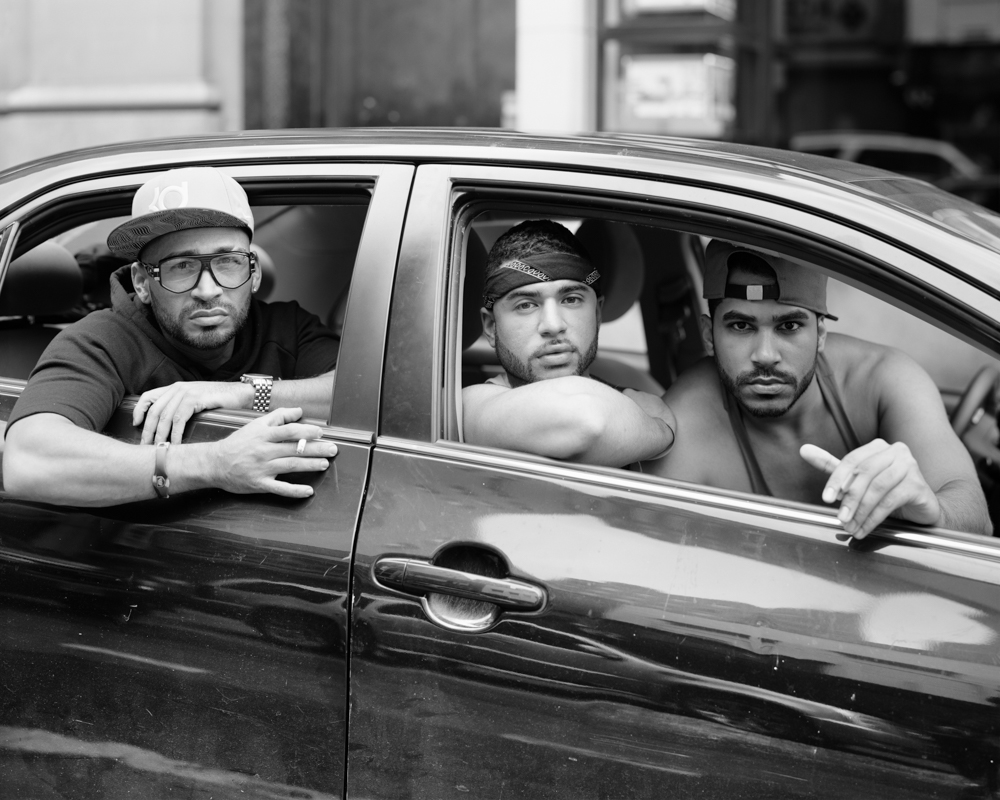