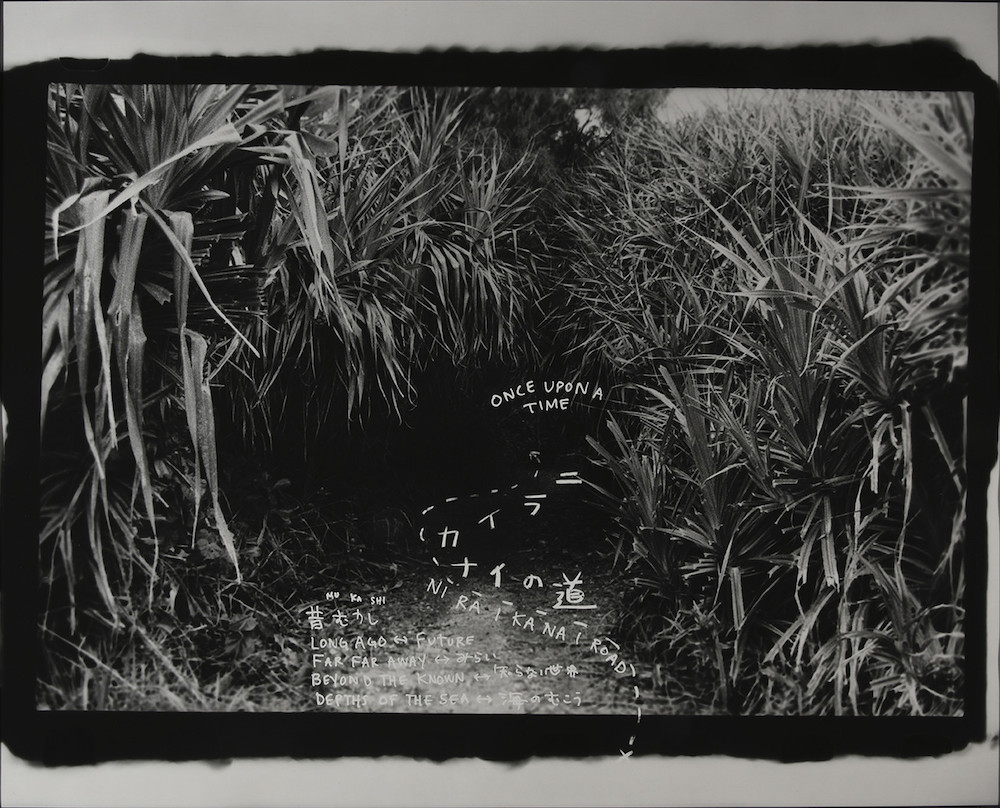 The Center for Documentary Studies at Duke University recently awarded its twenty-seventh Dorothea Lange–Paul Taylor Prize to Japanese American artist and documentarian Chinen Aimi. Her winning proposal, Finding Ryukyu, combines text and drawings with 35mm black-and-white photographs to investigate her various histories as a child born on the island of Okinawa, Japan (part of the island chain that was the Ryukyu Kingdom), to “an indigenous Ryukyu (琉球) mother and a U.S. Marine father,” as she writes, “the colonized and the colonizer.”

The $10,000 prize supports the advancement of an ongoing fieldwork project that fully exploits the relationship of words and images in the powerful, persuasive representation of a subject. The choice of Chinen to win this year’s prize represents the Center for Documentary Studies’ longstanding, foundational commitment to the skillful use of words and images in the creation of compelling, artistic documentary work. With “Finding Ryukyu,” Chinen’s words and images offer alternate, parallel, and layered narratives—in the same plane and frame, she explores the nature of power in representation and the creation of “history” while mapping buried stories that have been lost and (literally) paved over by images, captions, and tarmac. Here, these histories are combined with a personal account and critical reflection that inform each other.

As Chinen, writes, “My ongoing work has been about mining the known and unknown narratives of 琉球↔Ryukyu history, playing on the roles and perspectives of the colonizer and the colonized in the way that environment, culture, and language are communicated and understood. 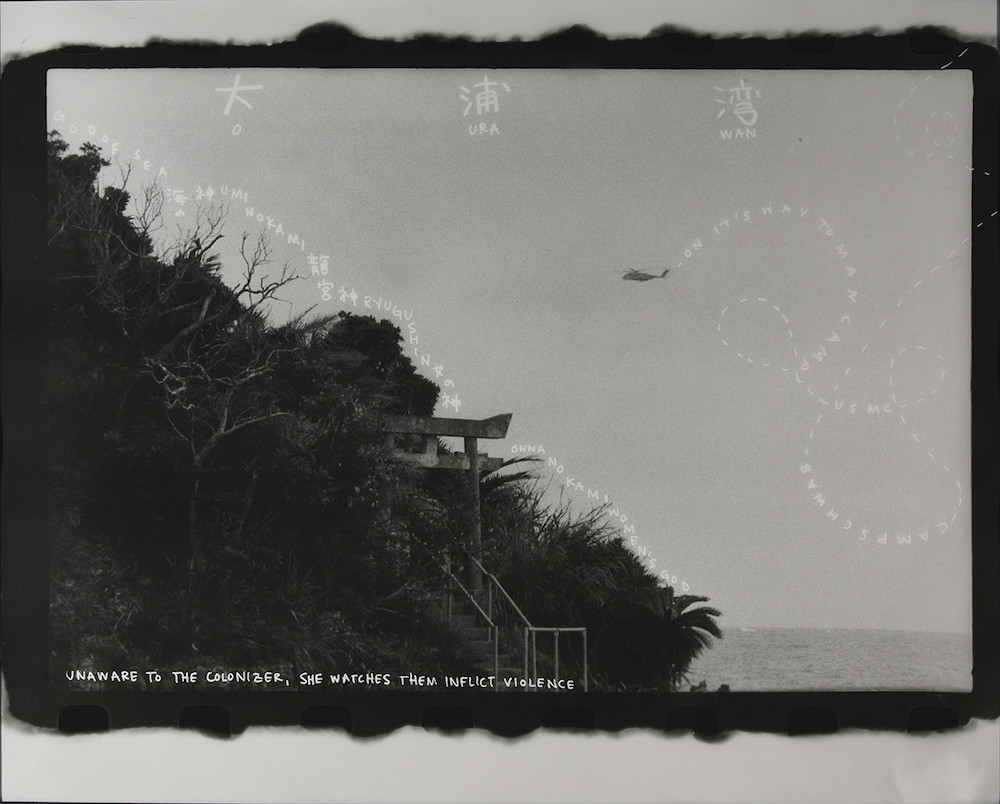 Chinen Aimi, graduated with an MFA in Intermedia and Digital Art from the University of Maryland Baltimore County in 2019. She has been the curator-in-residence at Baltimore’s Feminist Art Project and coordinated artists and curators at the Center for Art Design and Visual Culture in Baltimore; she also works at the Potters Guild of Baltimore and Corradetti Glass Studio. She has received awards from Imagining America: Artists and Scholars in Public Life and the Grit Fund/Oliver Street. Chinen’s work has been exhibited at Baltimore City Hall Gallery, Tectonic Space, SpaceCamp, Light City on Demand, DADA Gallery, Black Swamp Arts Festival, and Paradox in Glass, at Pilchuck Glass School near Seattle, Washington, among others. 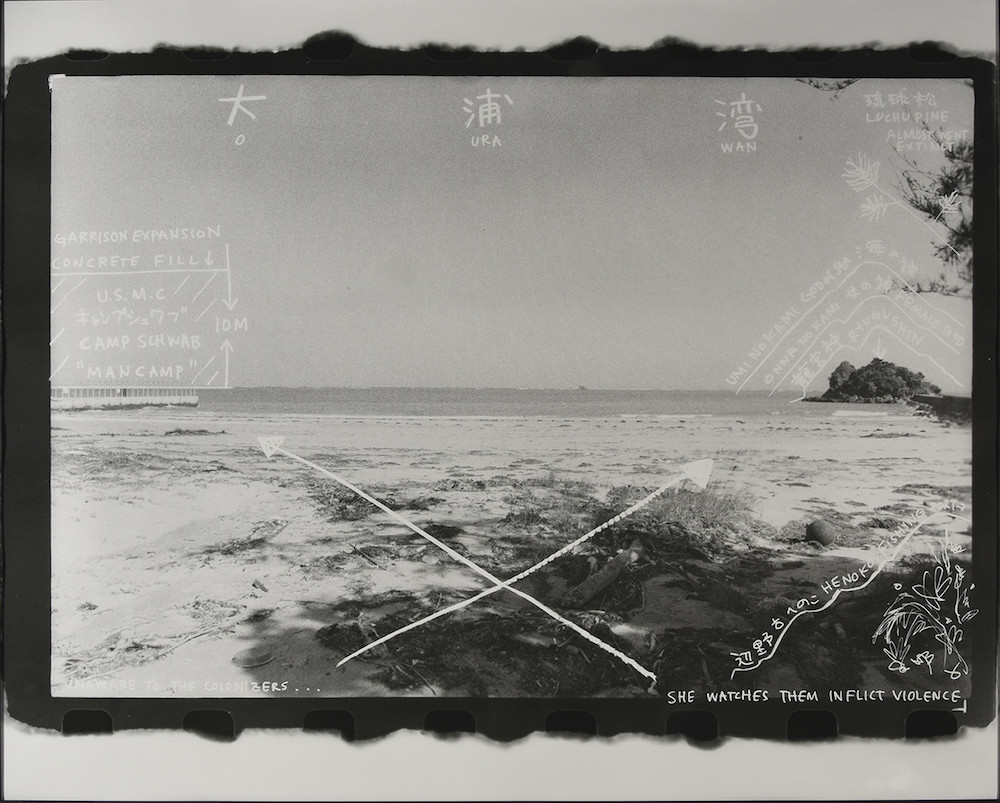 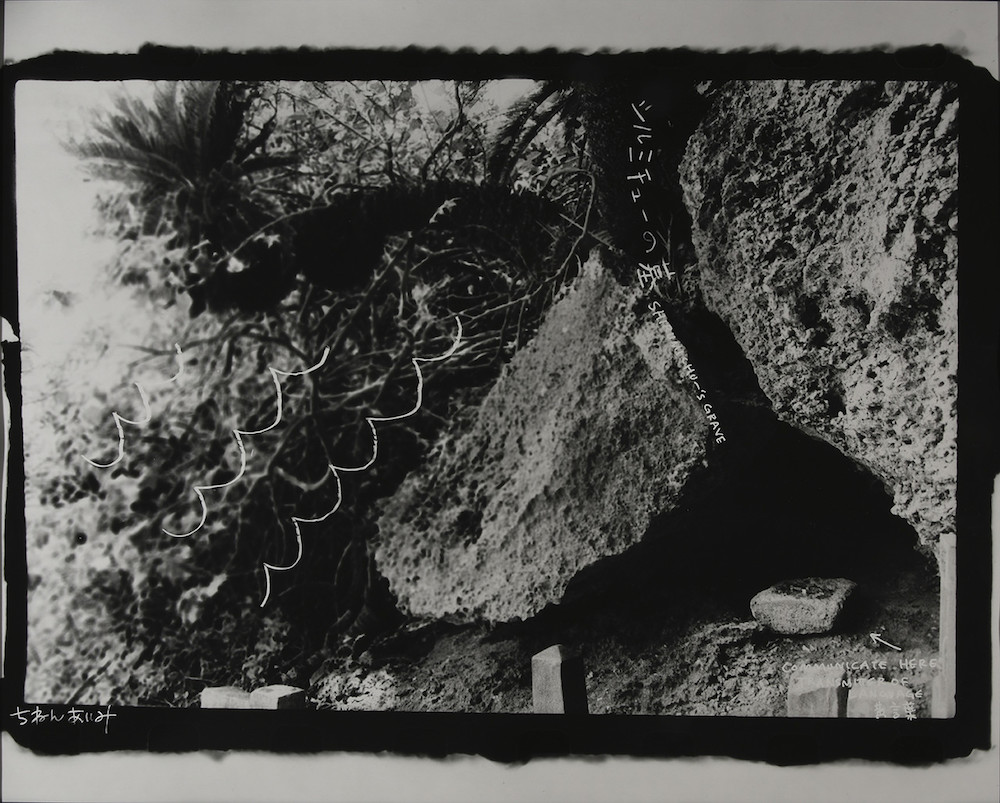 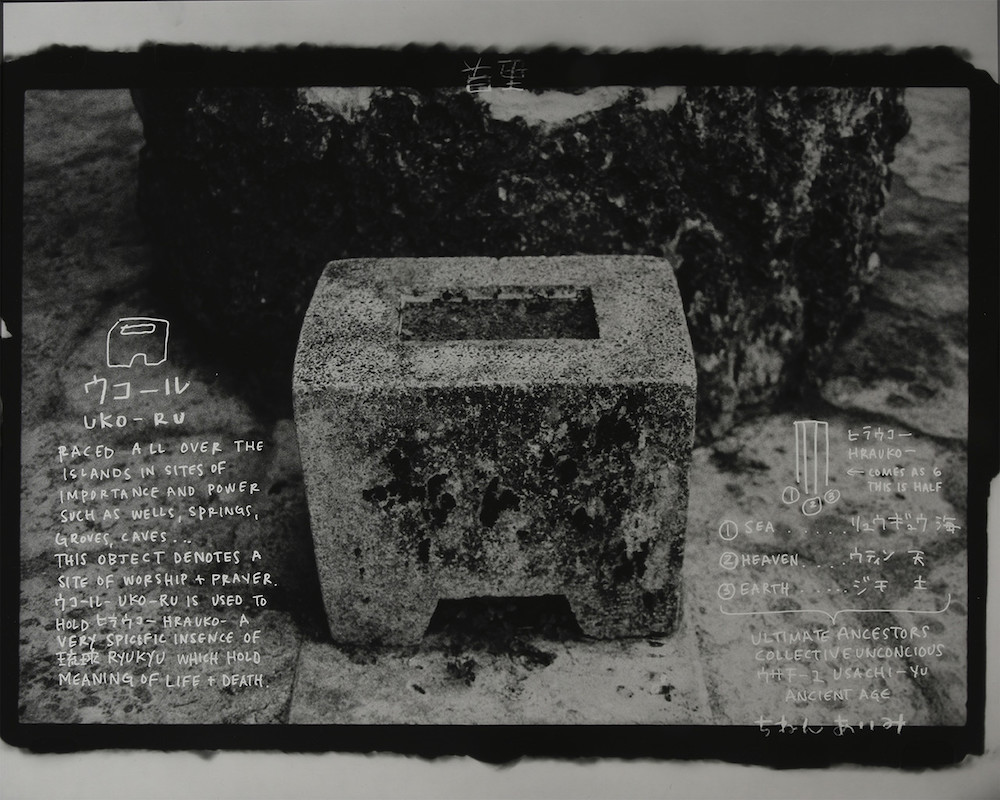 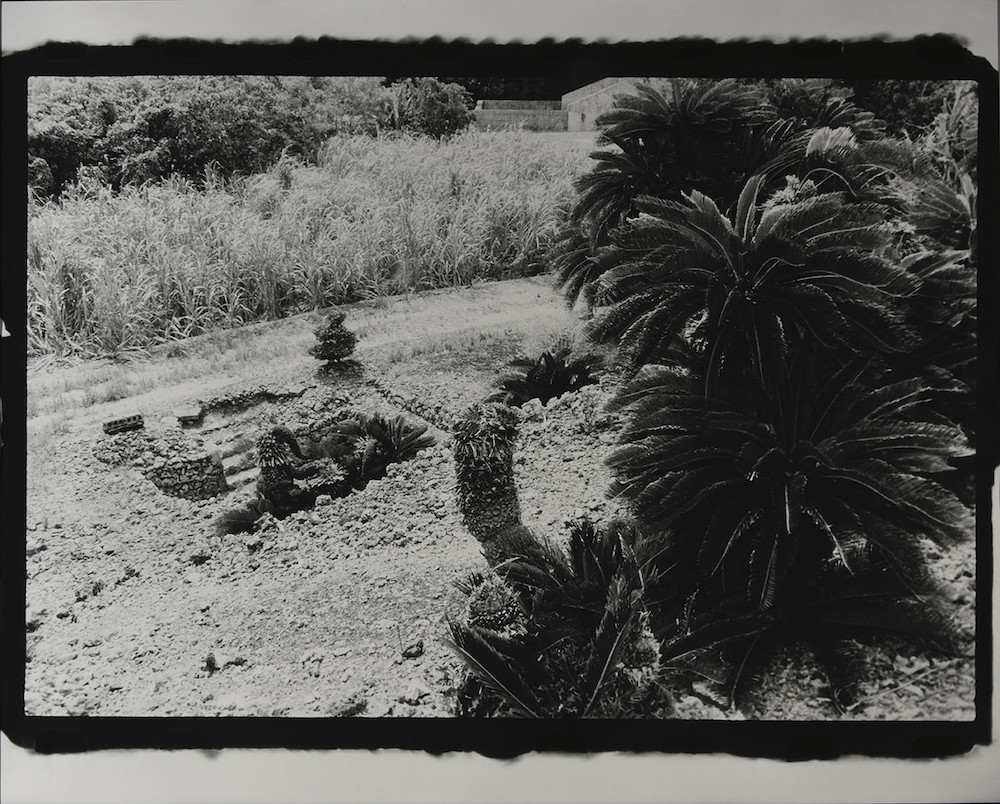 “Ryukyu language is an oral language; written forms were borrowed and adapted or enforced through my ancestors’ relations with China and Japan. The beauty and sadness of this oral tradition is that writings will never fully be able to convey the voices of my ancestors. I have encountered many black-and-white images, for instance, that are limited by the language of the caption and its cultural perspective. One example is an image from late-1920s Okinawa that depicted two men in suits standing on large stone structures. The caption stated the site’s potential military use as a machine-gun bunker but omitted acknowledging what the structures were: graves. The sacredness of the gravesites holding generations of ancestors, and the local taboo against standing on graves, were erased with one sentence. 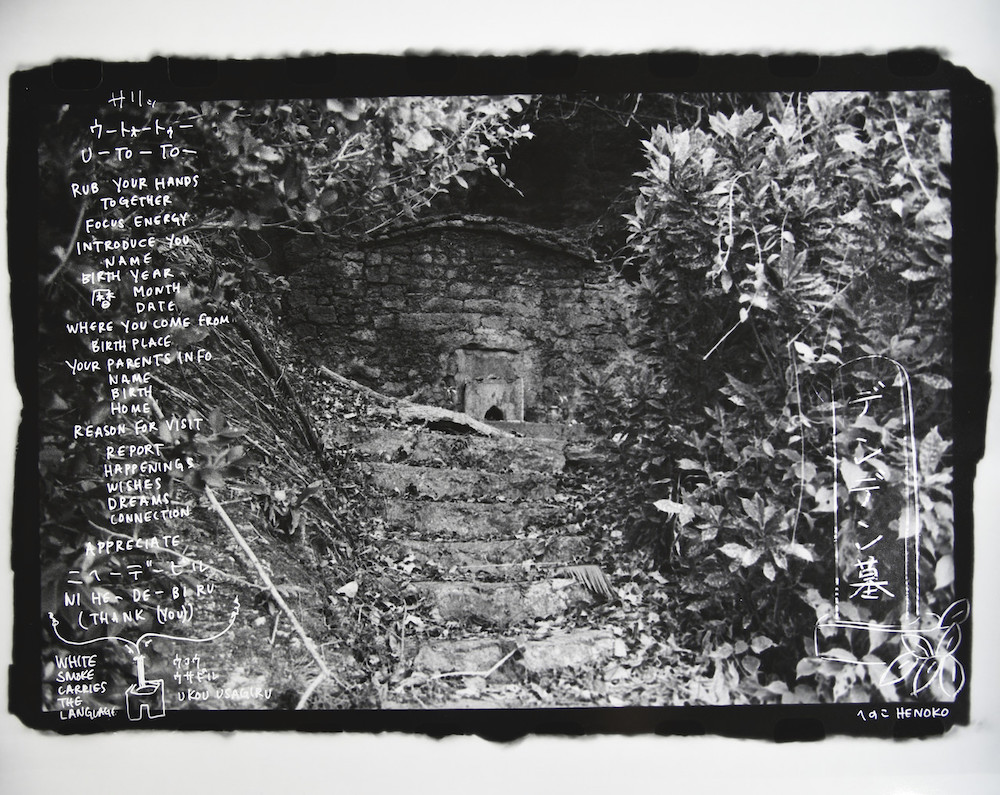 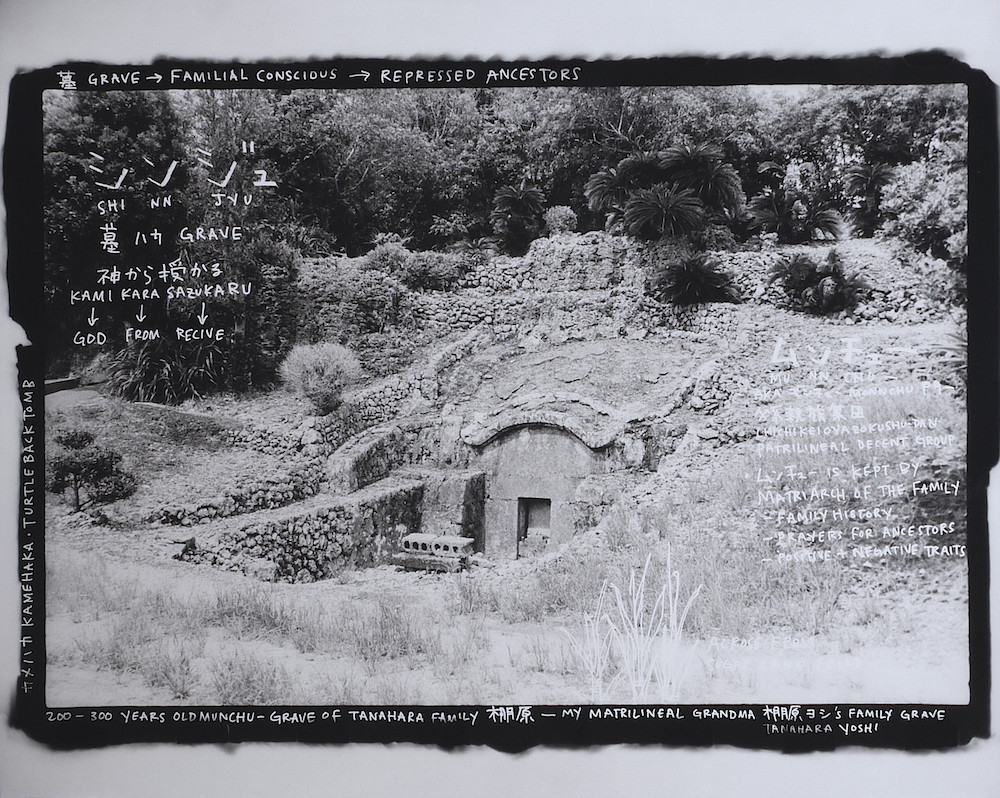 “I began to look at the relationship of images to hierarchies of words, languages, and translations to see how that dominates or silences histories depending on the presenters and/or viewers of the image. I first made photographs of island plant life, memorials, and landscapes on black-and-white film. Then I created schematic drawings on glass that I placed over the paper during exposure in the darkroom. Visual signs such as dots, arrows, and transliterations become encoded in the image, mapping and connecting names, dates, notes, and events. Through this process, which revealed how words and images create contradictions and ambiguities, I began developing an archive of my ancestors’ silenced history that explored where and how their traditions had been severed, polluted, and paved over. 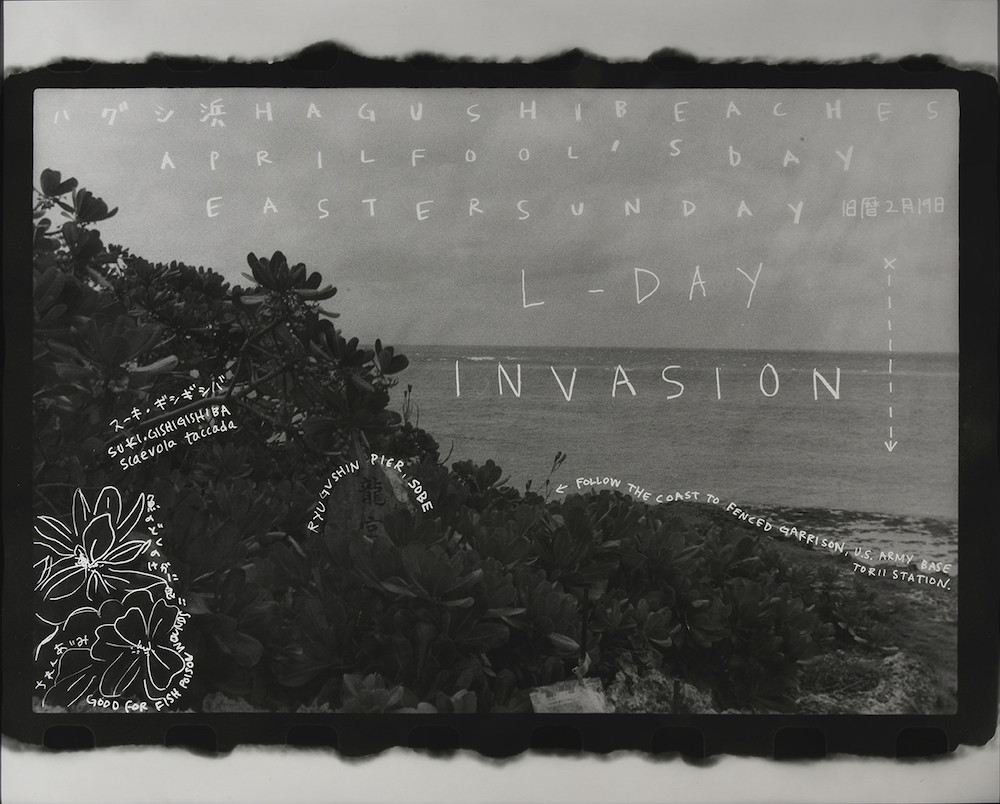 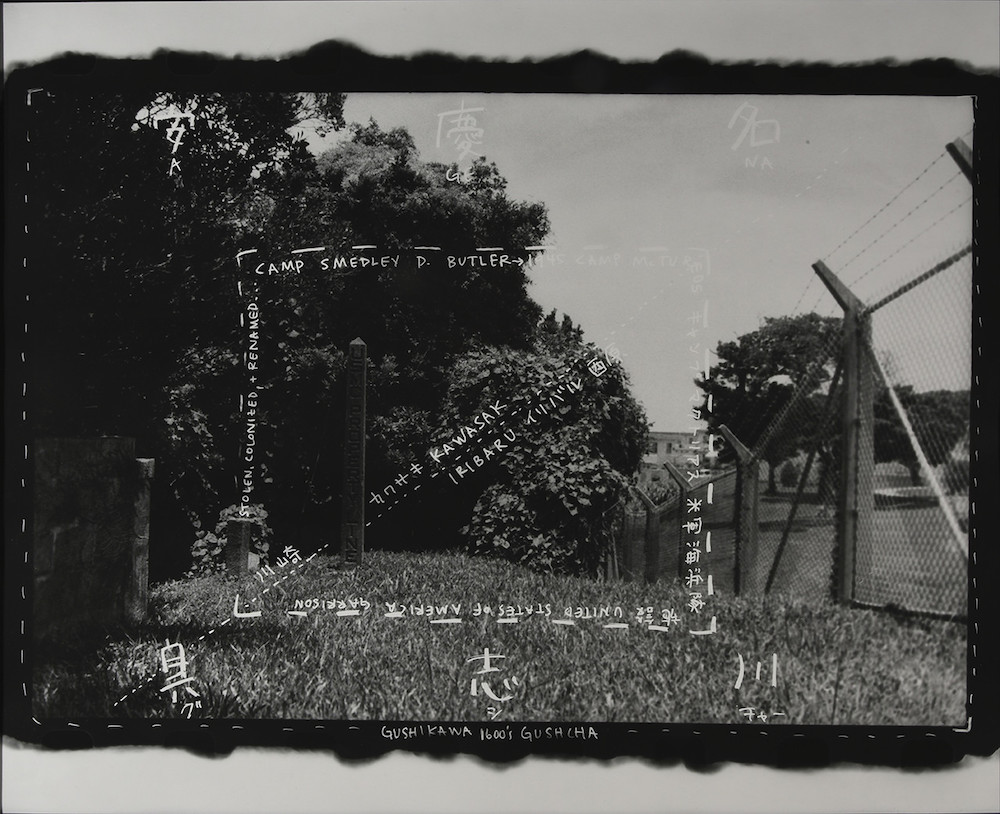 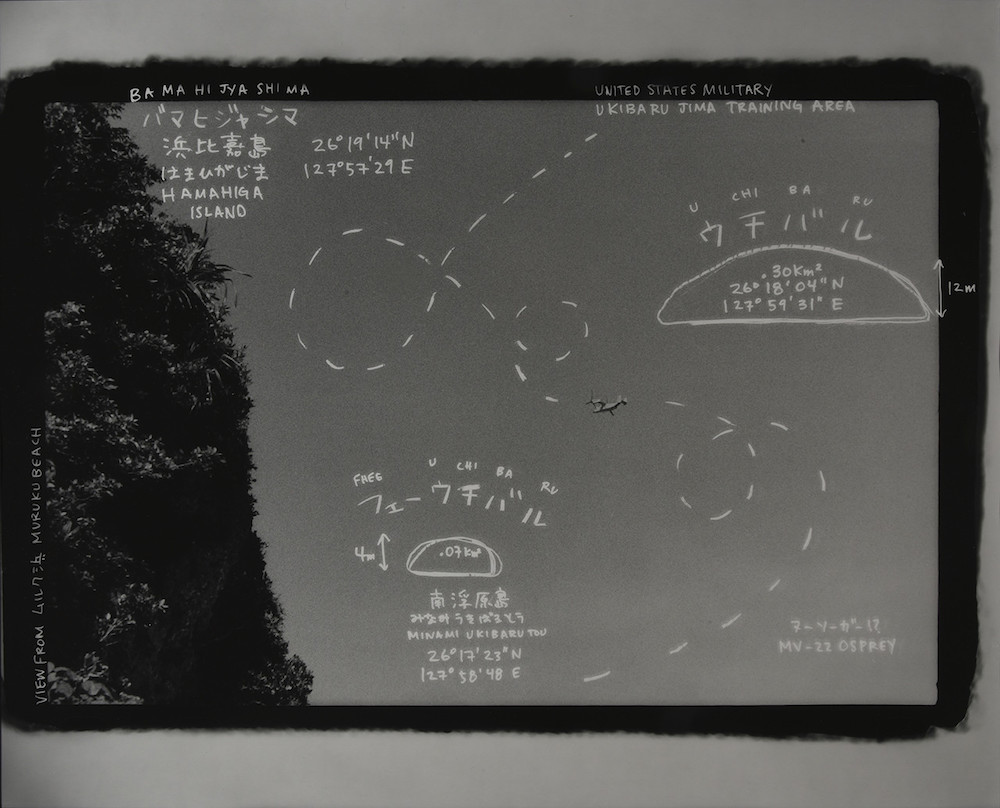 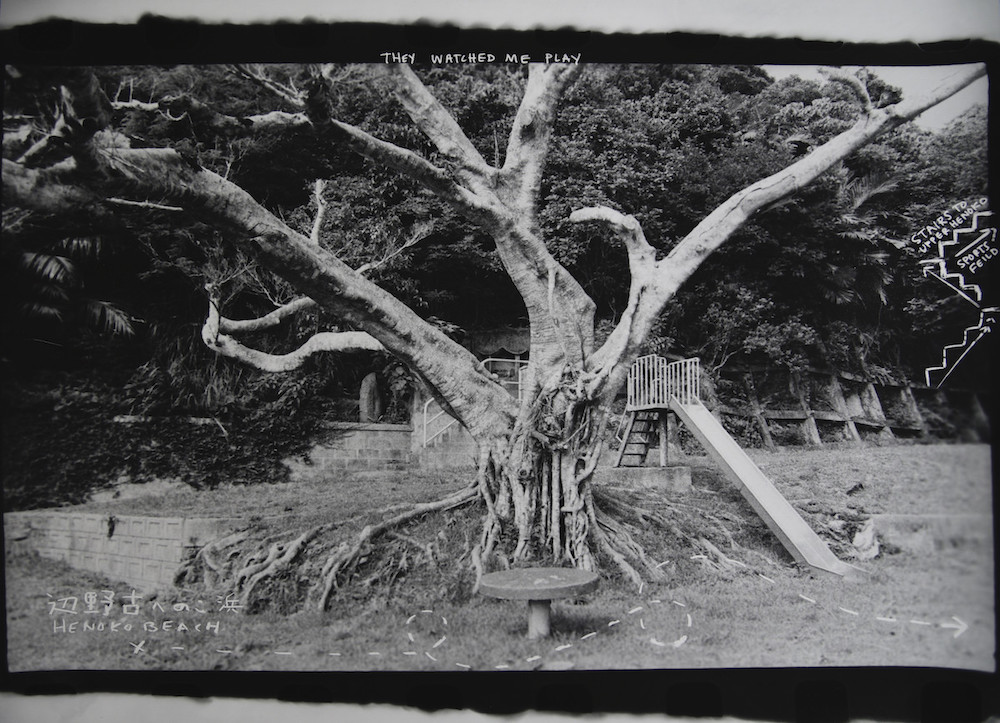 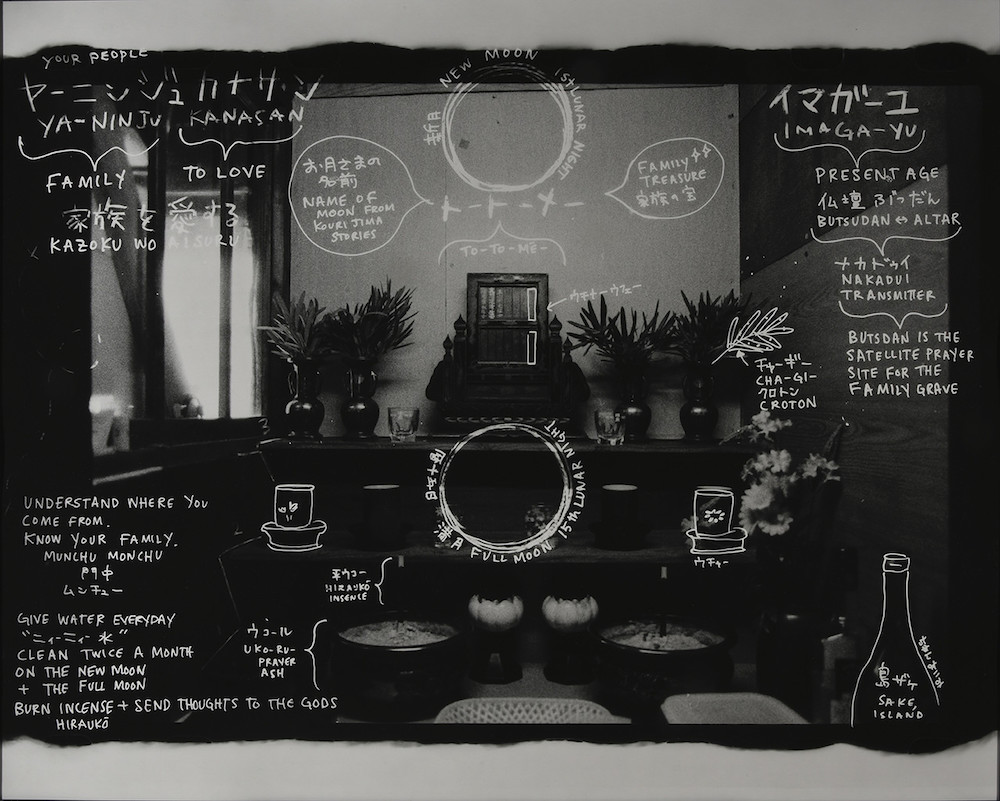 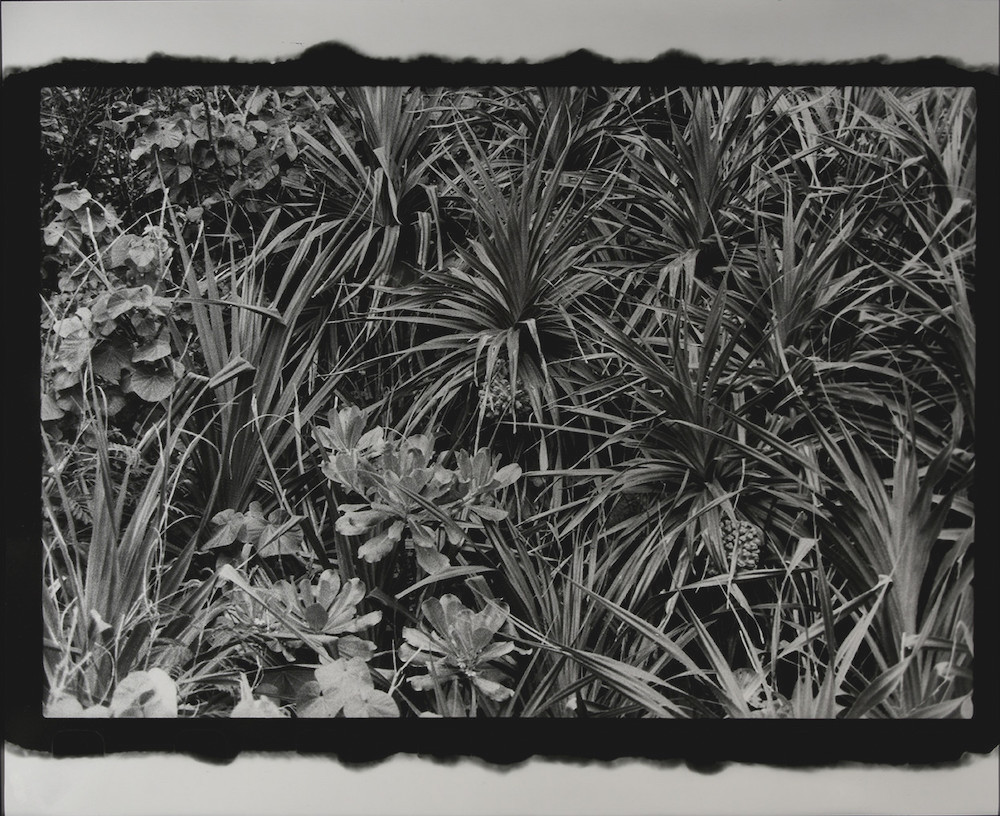 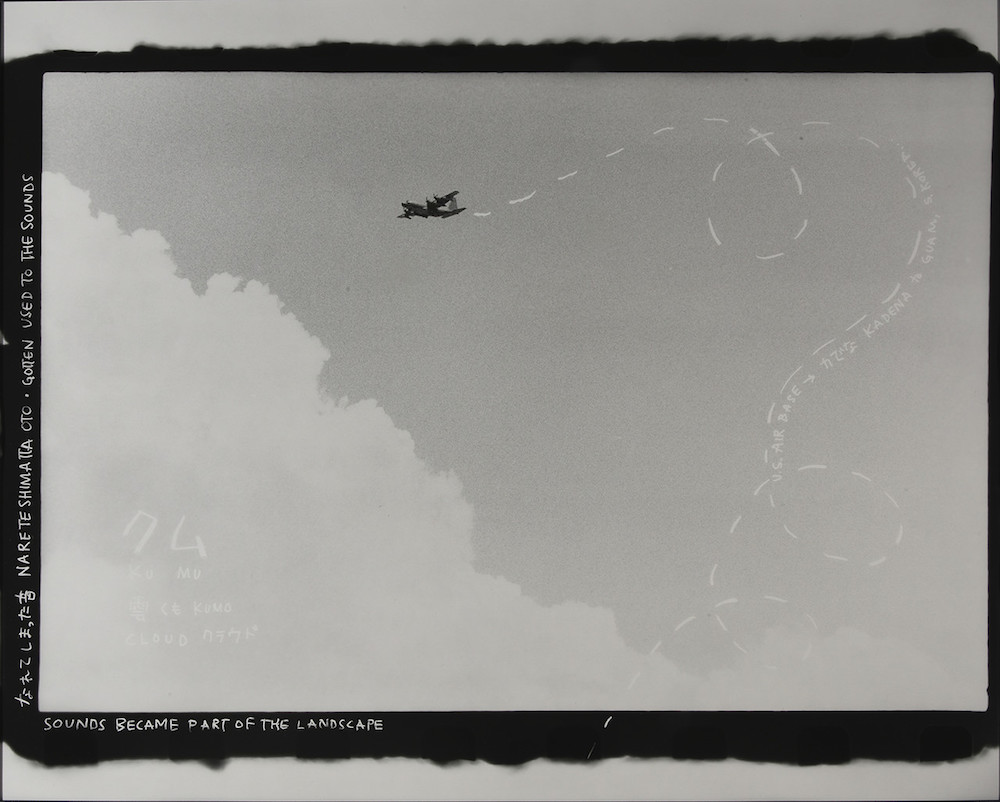 “With the help of the prize, I plan to return to Okinawa to spend more time writing at photographic sites to allow for a deeper contemplation of the power and symbols of images and to create a diary of the unseen energies that permeate the environment. The oral language of my ancestors is parallel to the sound of nature. Sounds of the ocean, rain, typhoons, trees, corals, rocks, sand, and earth were heard, felt, or spoken. The environment is the language.

In order to understand these layers, I will draw out definitions, stories, and representations and create new images to discover concepts embedded in the landscape that my indigenous

琉球↔Ryuku ancestors drew on to maintain their families and communities and a healthy relationship with nature. I draw metaphors from words and narratives that are the result of conflicting identities (the colonized and colonizer within me), and as such, make images for a future that speaks to the past.” 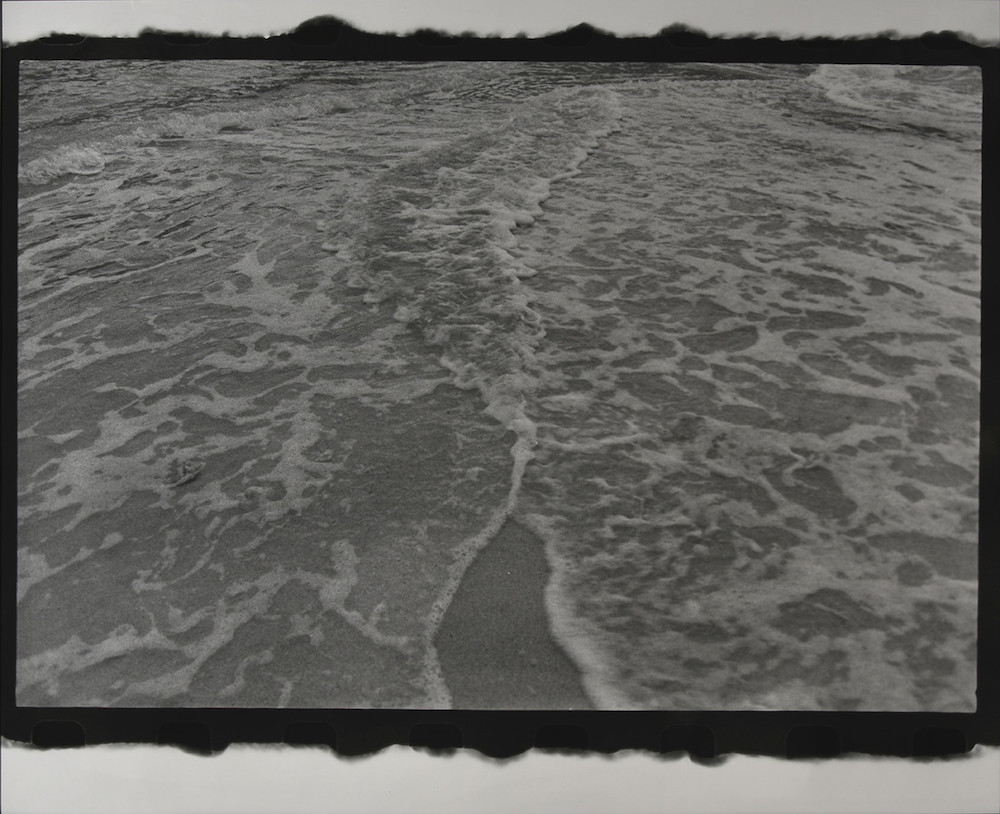 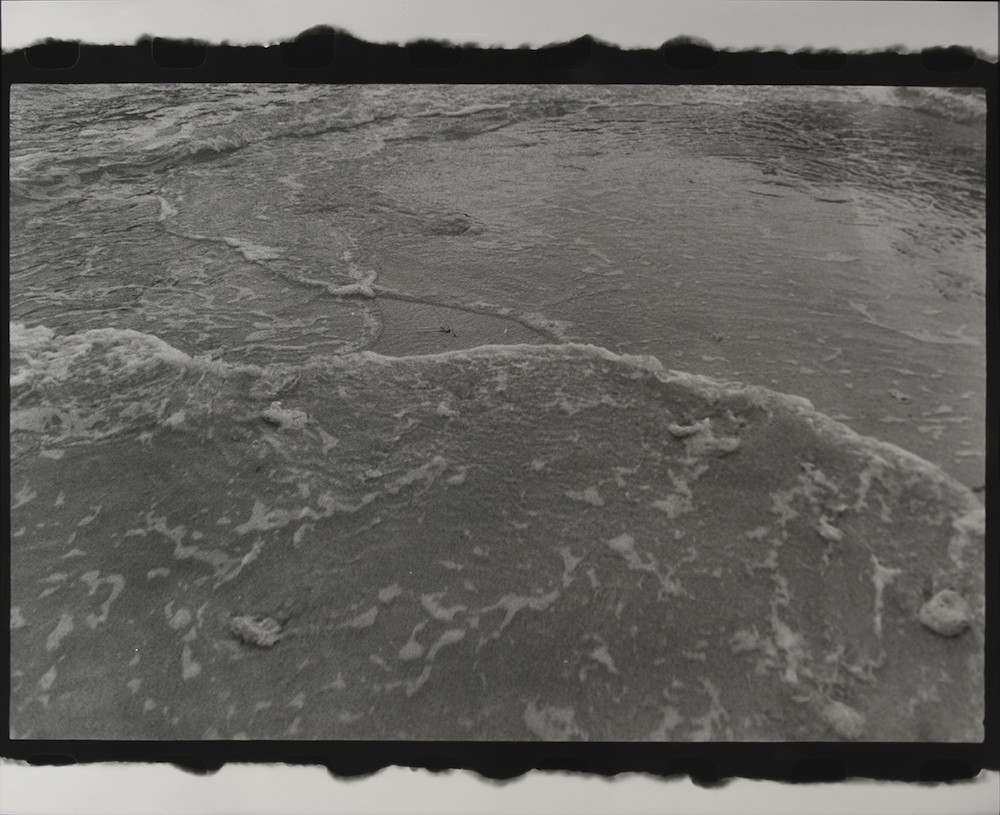 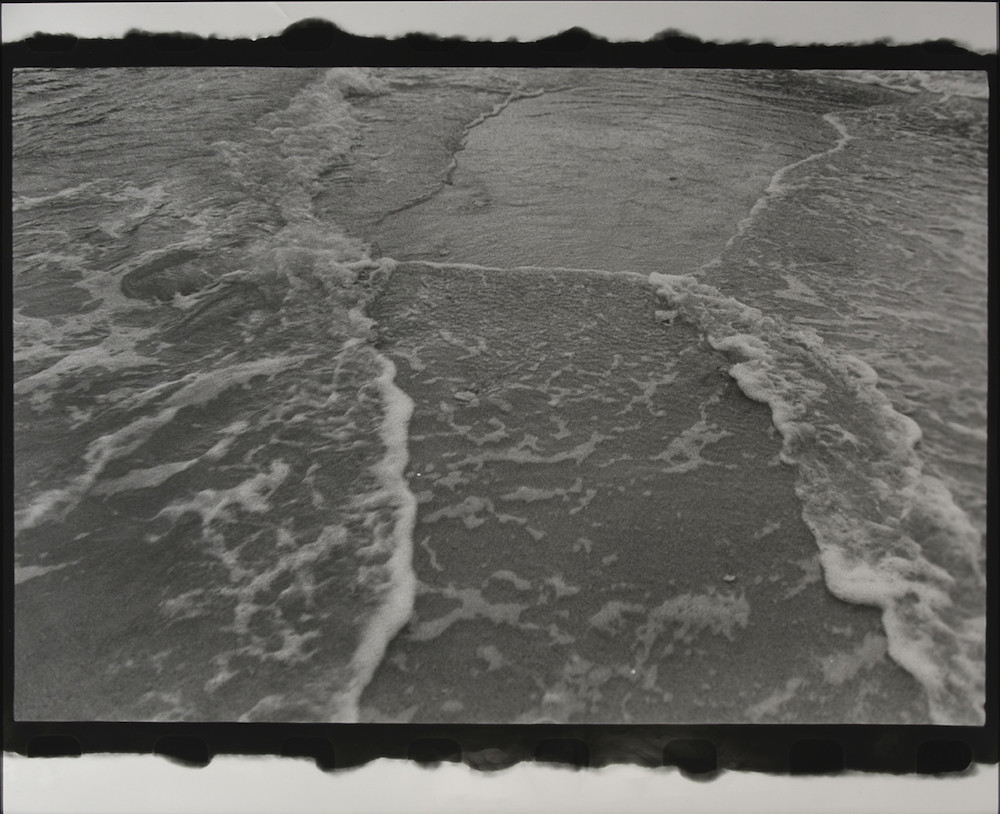 Honorable mentions were awarded to Christopher Kojzar for his “investigatory drawing performances” as a “contemporary black flaneur,” which explore ideas around shared space and surveillance—who has the right to observe and be idle in public—and Lucas Olivet + Lauren Haddad-Olivet for “Medicine Tree,” an “unsettling reflection of northern British Columbia” in photographs and imaginative nonfiction that excavates “its terrain, its history of industry, of violence, loss, growth and decline, its sense of longing, for healing, for reparations: for medicine.”

NEXT | Joanne Dugan: Multiples and Meditations >
< Wendi Schneider: Evenings with the Moon | PREV