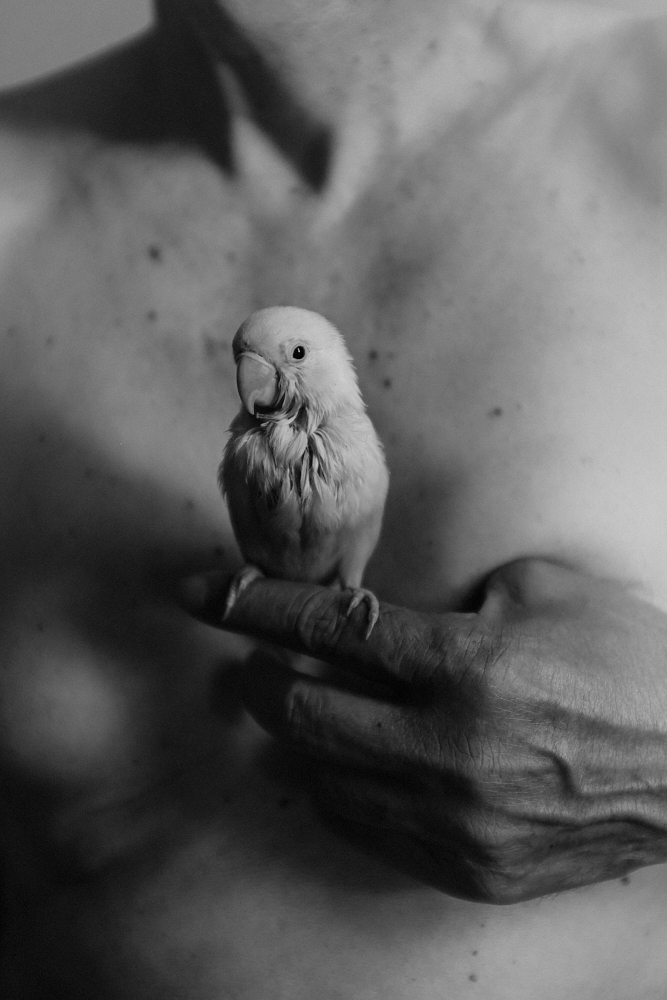 ©Allan Salas, Dad and Bird, from The Rooted Heart Began to Change. Image description: My mother’s bird resting on my father’s finger six months after he had a heart attack.

Too Tired Project is a nonprofit arts organization advancing mental health advocacy through photography. They work to develop and expand the ways photography can positively impact mental health—online, in person, and in print. Current initiatives include rotating exhibitions, a traveling slideshow series, a photobook publishing imprint, and social engagement via their instagram. This week’s features are curated by the Executive Director, Kelly Burgess, and spotlights artists who are making work exploring issues related to mental health.

“The rooted heart began to change  (not beat) and then it split apart  and from it broke a flood of water.”  – fragment of a poem called The Weed by Elizabeth Bishop

Allan Salas’ project, The Rooted Heart Began to Change, is an exploration and reminder of Salas’ own mortality. After losing his grandmother in 2020 and his father surviving a heart attack shortly after, Salas made the decision to embark on a 10-month journal across Costa Rica to work through his feelings of sorrow, grief, and loss. The resulting photographs represent an emotional journey through time and shows us the fleeting nature of existence inside of Salas’ emotions.

His work is a poetic exploration that revolves around introspection and self-analysis through the themes of mortality, the passage of time, and the relationship between nature and the self. 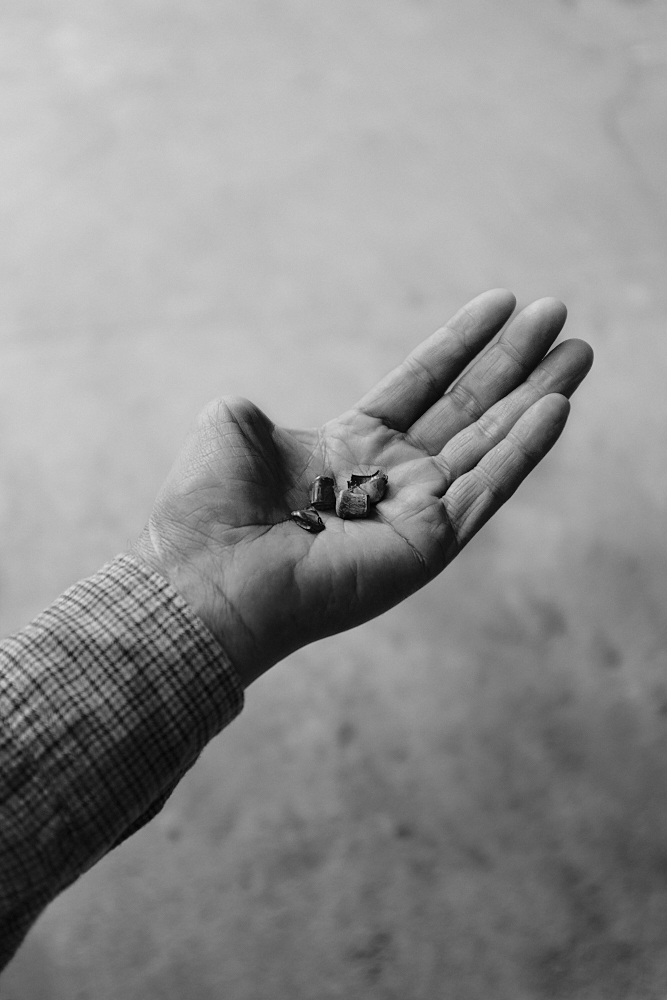 ©Allan Salas, Dad and Bullets, from The Rooted Heart Began to Change. Image description: My father holding some of the bullet fragments left inside my mother’s car after it was riddled with bullets while she was driving home.

The Rooted Heart Began to Change

In December 2020, my grandmother passed away. A month later my father survived a heart attack. In the aftermath of these events, I experienced the urge to get away from my home in San José and ended up embarking on a ten-month journey across the rest of Costa Rica. Isolation became my way of coping with the overwhelming feelings of sorrow and existential dread. Alone and surrounded by nature, I was able to root my emotions in the eerie encounters I had with the landscape and the animals and people that inhabit it.

The silence conveyed in this project’s universe is shattered by grief and melancholy. Its narrative unfolds as a lyrical examination of the fragility of existence and the impermanence of life. Through an atmosphere full of ambiguities and sudden changes, these images capture moments where emotions are tangible.

Faced with mortality, the imagery of land and death develops into a poem. Decadent landscapes, faded bodies, and the memory of a gesture, all act as allegories about the uncertainty of existence. Between the body and the self, nature and nothingness, eternity and the ephemeral, The Rooted Heart Began to Change functions as an open diary. It illustrates an inward exploration of the spirit seeking to understand human anguish in the face of the unknown. -Allan Salas 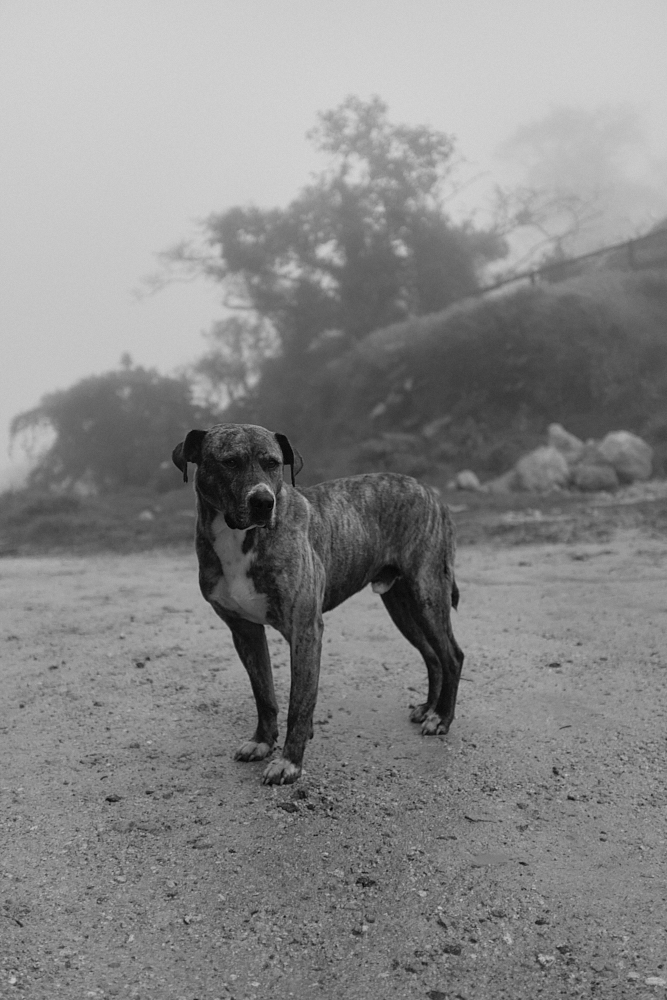 ©Allan Salas, Dog, from The Rooted Heart Began to Change 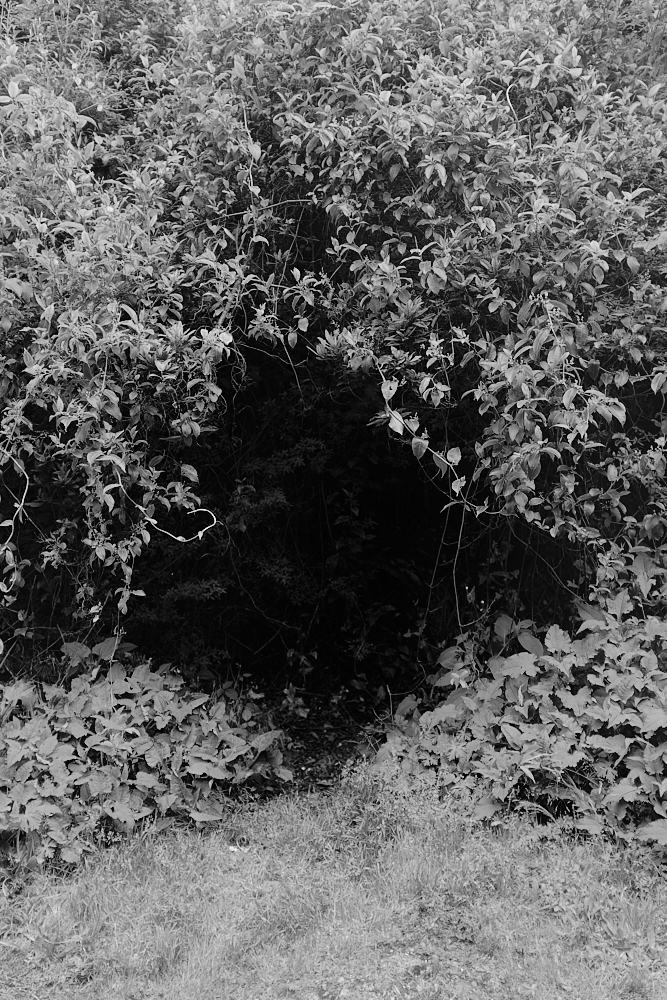 ©Allan Salas, Entrance, from The Rooted Heart Began to Change 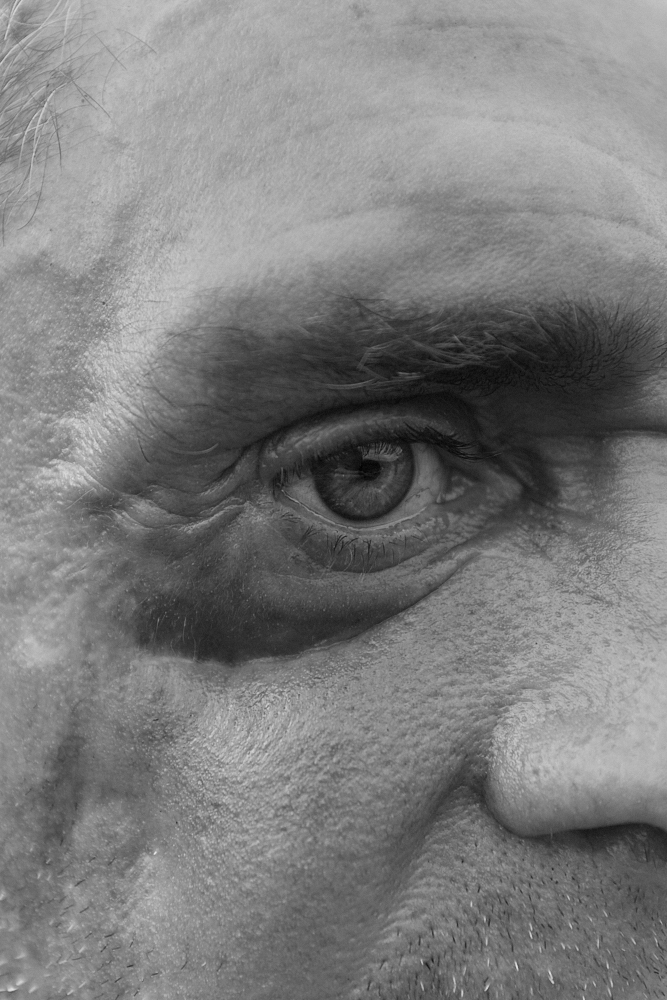 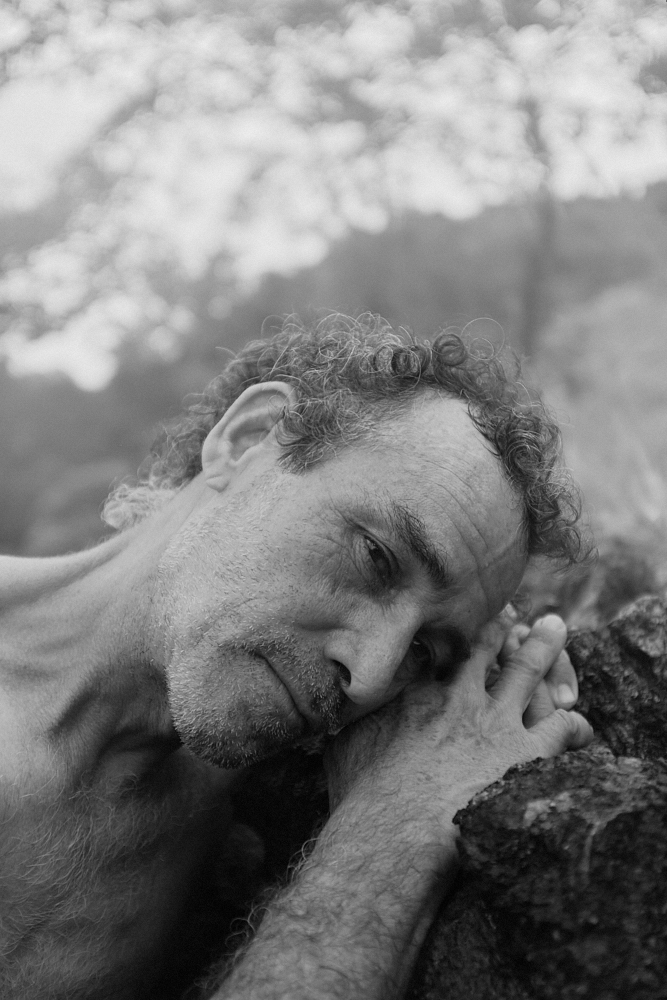 ©Allan Salas, Freddy, from The Rooted Heart Began to Change. Image description: Freddy resting on some rocks halfway up the mountain. 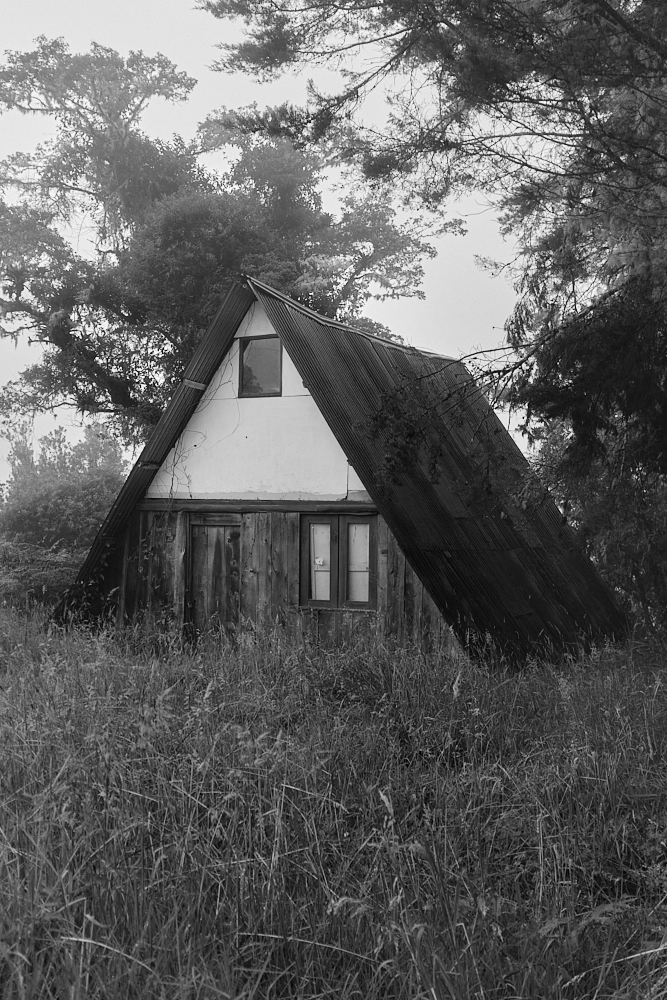 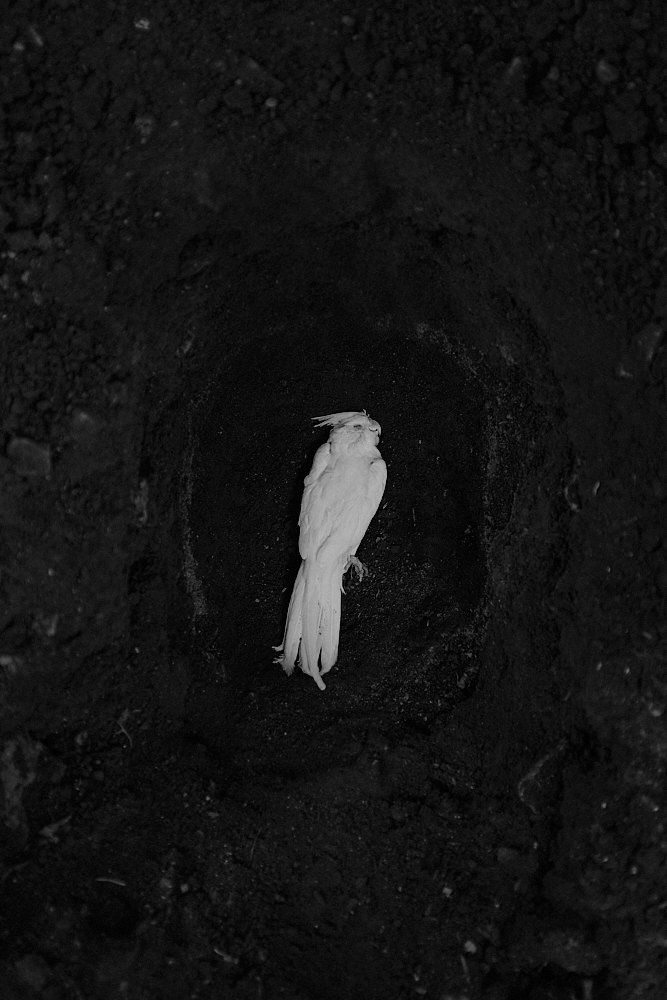 ©Allan Salas, Lucy, from The Rooted Heart Began to Change 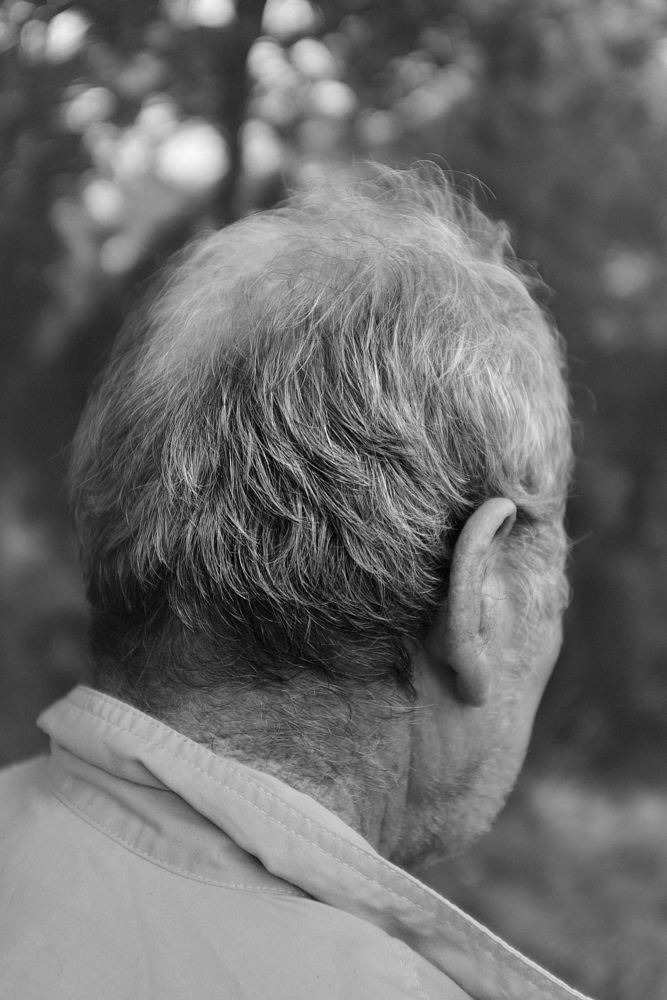 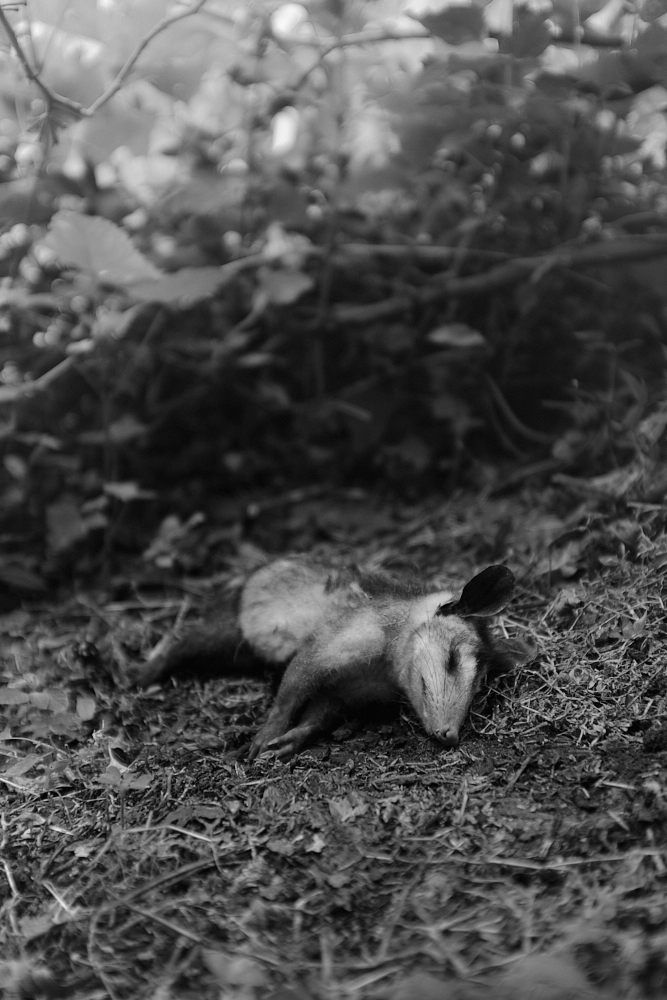 ©Allan Salas, Possum, from The Rooted Heart Began to Change 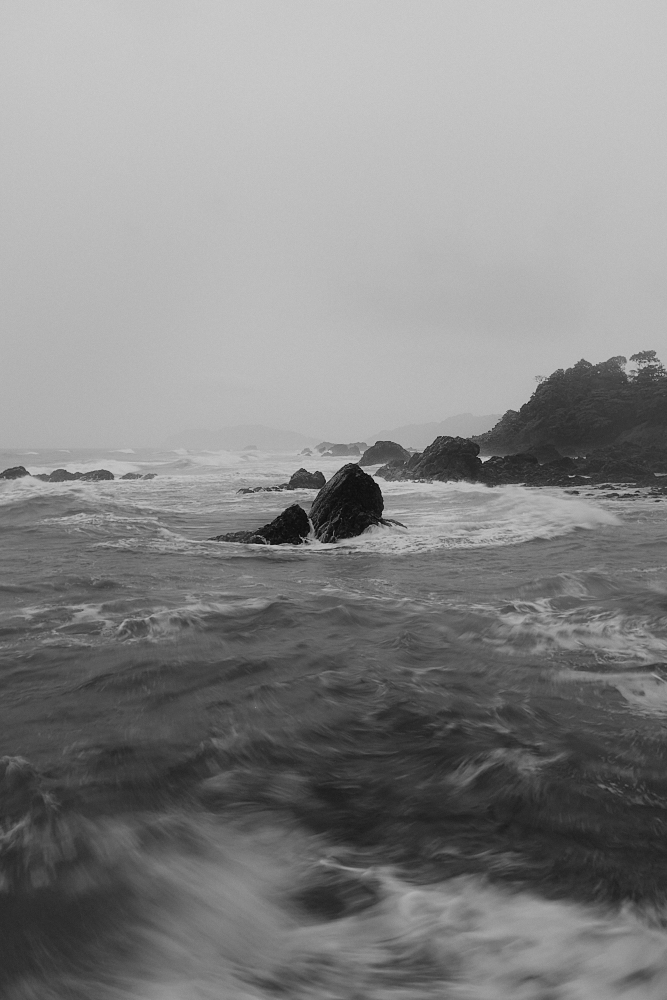 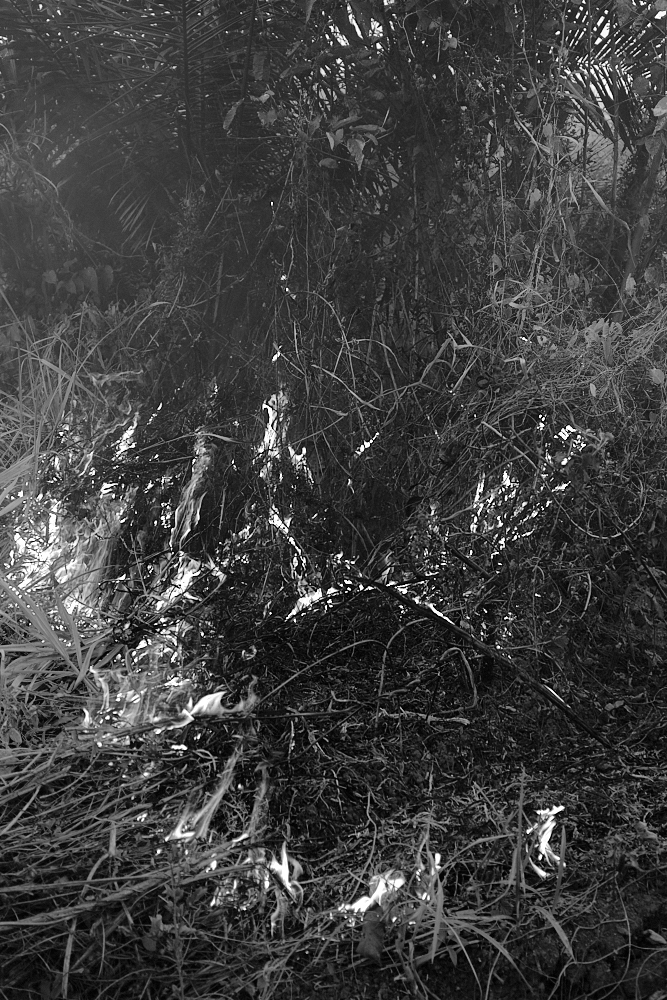 ©Allan Salas, Wildfire, from The Rooted Heart Began to Change

Kelly Burgess (she/her) is a project-based conceptual photographer, curator, publisher, and arts administrator that lives and works in rural Vermont. Emotional narrative is the thematic thread running through her work, with much of her own photography and writing coming directly from personal experiences.

Kelly is a regular editorial contributor to The New York Times. Her work has also been published in The Wall Street Journal, Kodak’s Kodachrome Magazine, GROW Magazine, PDNEdu, and Art New England Magazine – where she was featured as one of their 30 Photographers Under 30. Her sold-out book/project, Sing Me Back Home, has been exhibited internationally, more recently at the Arctic Arts Festival in Norway, MassArt Museum, and the Institute of Contemporary Art in Boston.

In addition to her personal work, she has over a decade of experience in arts administration. In 2020 Kelly joined the Too Tired Project (tootiredproject.com), a nonprofit arts organization advancing mental health advocacy through photography, as their Executive Director. With TTP, she launched Too Tired Press, where she works as the Publisher. Her mission for Too Tired Press is to focus on creating transparent, equitable, and affordable relationships between artists and the publishing industry. www.kelly-burgess.com / http://instagram.com/kelburgess