Thoughts on Success by Aline SmithsonJune 11, 2012

I have just returned from a magical experience in Boston and thought I’d share some of my insights and highlights. Tomorrow I will get into the specifics of the events, which I strongly suggest you consider attending next year, but today, I am using you and Lenscratch as a sounding board for this intangible journey that we find ourselves on. 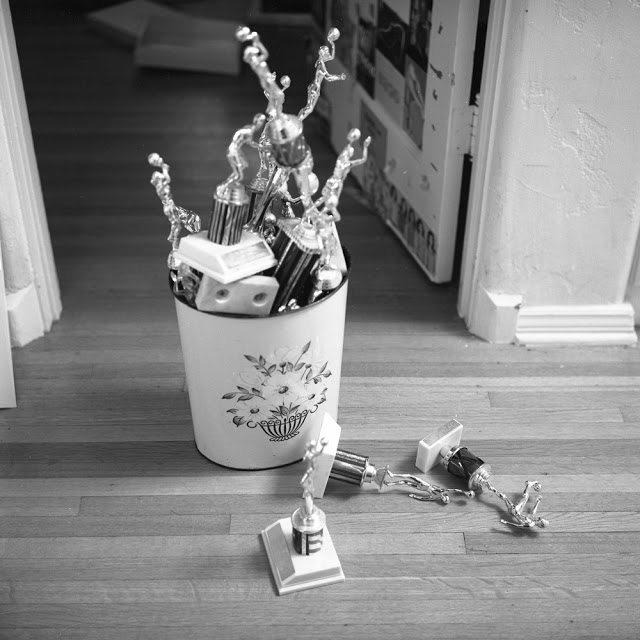 Some months ago, Paula Tognarelli from the Griffin Museum called to give me the amazing news that I was being presented The Rising Star Award, at their annual Focus Awards evening.  She also told me that I would be hearing from Maryann Camilleri, the head of the Magenta Foundation about being a keynote speaker and having a solo exhibition at the Flash Forward Festival in Boston.  As you might imagine, I was completely stunned, even more so because I had just finished a 14 hour day with my students at the Santa Fe Photo Workshops, and was already in a surreal mental space. How does this happen?  This wasn’t something I submitted to, that I had sought or ever thought would happen to me.  My first reaction was that they must be calling the wrong number, but I was assured that this was not a dream and soon would be a reality.

After months of preparation, self-doubt, 3 day crash dieting, more preparation, trepidation, and flat out fear, I boarded a plane for Boston with a suit case packed with my best efforts and intentions.  I truly didn’t know what to expect, and what I received mentally, emotionally, and personally, was more than I every could have imagined.

It’s funny.  One works so hard to move their careers along, to make some inroads and connections, and slowly, very slowly things start to happen and build, and all of a sudden the ten group shows turn into a solo show…and you think that will be the pinnacle.  But it’s not.  It’s just a stop on the photo train that has no specific destination, no ultimate station to navigate towards, but one hopes that it just keeps moving forward.

When I had my first museum exhibition, I remember the anticipation, the excitement of being flown to the venue, being feted and well taken care of.  I had exactly two days of feeling slightly special, and then it was back home to do the laundry, walk the dog, pick up kids.  My absence was only a blip on the family agenda and I had to paste the experience in my mental scrapbook that I pull out sometimes late at night when I can’t sleep.

It struck me that these successes or achievements are sort of like a wedding or a prom or some life marker that requires a lot of build up –there’s the processing of the event, the planning, the prep, the anticipation and anxiety, all the details that surround it and by the time the event actually happens, the adrenaline is pumping at such a high level that it is truly an out of body experience. When it’s over, you don’t really remember it enough to savor it in any significant way…and then it’s gone. There is no tape to wind back, no complete documentation of the experience and you go to bed that night trying hard to remember who said what, who did what, and how you are starving for the food you never ate.  I don’t know quite how to change that process and allow myself to be more in the moment.

I guess the point I am trying to make is that all of our journeys are a success, no matter where we are on that train.  I can still remember getting into my first group show and running over the the elementary school to pick up my children and telling some of the moms that were hanging around out front  of the school that I was going to be in a photography exhibition at the Los Angeles County Fair and they smiled and looked at me blankly.  But it made me feel validated in the bigger world, and about all I could do was smile to myself as I typed out that first line on my resume.

And you know, those early successes felt just as good as the recent ones.  I’m not taking any of it for granted, and the most important lesson that I have learned is that I am not doing this in isolation, that every step I make forward is because someone has a hand on my back pushing me in that direction. And it’s that hand that is truly the success story in all of this.  It’s the connections to each other that become the true prize and the big award. At the end of the day, having a beer with a photo world friend and shooting the breeze about our shared passion is the best reward I can think of, except for maybe getting that solo show at the Museum of Modern Art.   And I promise here and now if that happens, to buy anyone that shows up, the first round.