Sandi Haber Fifield: After the Threshold by Aline SmithsonMay 16, 2013

Dreaming in Blue, 2012
Sandi Haber Fifield has much to celebrate: a new monograph and an accompanying exhibition of her deftly executed body of work, After the Threshold. The project combines photographs from her vast archive of images, exploring relationships and constructing new visual narratives.  It is not an easy task to create visual stories that have a connected complexity and a richness of visual associations.  The result is a form of visual poetry that feel as if they are reconstructed from memory or dreams. The book is published by Kehrer Verlag and her exhibition is at Rick Wester Fine Art’s new location in New York (526 West 26th Street, Suite 417) and will run through June 15th, 2013.
The book includes an essay by renowned photography critic, Vicki Goldberg. Goldberg writes: “[Haber Fifield’s] sequences, leaping through illogical hoops, revel in ambiguity, yet they cohere in mood and tone, much the way a piece of music does when the same key persists while melodies change. The clues to coherence are subtle: compositional elements recur, color plays nuanced games, and each sequence projects a consistent range of feeling.” 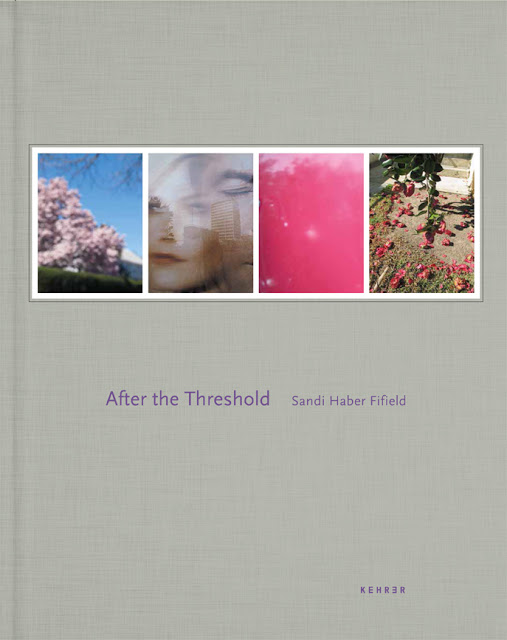 Sandi was born in Youngstown, Ohio. She has a MFA in photography from the Rochester Institute of Technology. Her work has been exhibited in galleries and notable museums throughout the United States including The Art Institute of Chicago, The DeCordova Museum, The Museum of Modern Art, The National Museum of American Art, and The St. Louis Art Museum. Sandi’s photographs are held in numerous private and public collections, among them The High Museum of Art, The Library of Congress, The Los Angeles County Museum, and The Museum of Modern Art. After the Threshold is Sandi’s third monograph. In 2009 her book of grids and multiple image installations, Walking through the World, was published (Charta), and in 2011 Between Planting and Picking was released.

Sunday Morning, 2011
Bryan Formals of LPV Magazine has written a wonderful essay about meeting Sandi and how the work has transformed the way he sees: “In the months after encountering After the Threshold, I managed to finish editing my first book, Genesee Ave. It changed the way I think about photography. Editing and sequencing are how you unlock the potential from a series of photographs. It’s an aspect of photography that I knew was critically important, but it wasn’t until after I did it myself that I realized how challenging it was to do in an interesting way. You have to make so many small decisions to assure the whole is unified body of photographs.”

Island Reflections, 2011
Sandi states: My work is born of collisions and alignments. I gather images from experiences exceptional and mundane, intentional and spontaneous. A visit to the Louvre might find its place alongside a glance through my kitchen window. I work from an inventory of images created and collected over time. I am on the lookout for the small parts that make the whole. Through the process of combining disparate moments of vision, formal connections reveal themselves and suggest the reassuring possibility of meaning and order in the apparent randomness of experience. My studio is the place where visual associations begin, vibrate, rattle and resolve, and where the unnoticed is examined, the familiar is seen, and the margins are mined for the meanings that collect there.