Regarding Landscape: Frank Armstrong and Stephen DiRado by Aline SmithsonNovember 6, 2014 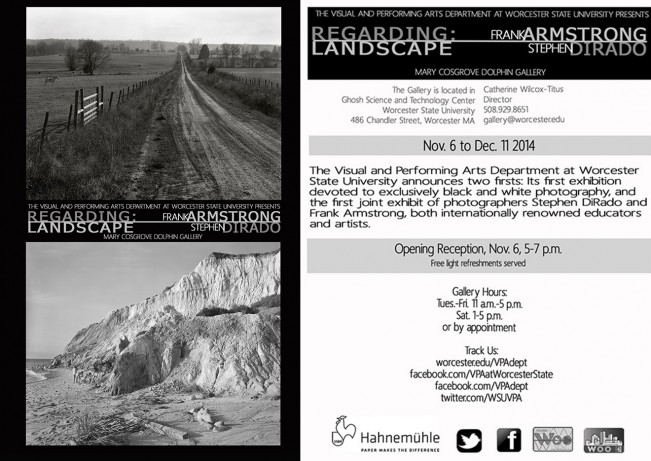 Photographers Frank Armstrong and Stephen Di Rado have spent years educating young minds about photography as colleagues at Clark University, but they are both active image makers and large format photographers. Tomorrow they join forces to open a two-man show, Regarding Landscape: Armstrong and DiRado, at the Mary Cosgrove Dolphin Gallery at  Worcester State University in Massachusetts. The exhibition opens November 6th and runs through December 11th, with an opening reception on Nov. 6 from 5 p.m. – 7 p.m. in the Gallery on the WSU campus. The Visual and Performing Arts Department is excited about two firsts: its first exhibition devoted exclusively to black and white photography and the first joint exhibit of photographers Stephen DiRado and Frank Armstrong.

Regarding Landscape: Armstrong and DiRado consists of large scale work with the intention of a high impact and the exhibition features a selection from Armstrong’s extensive road trips on the back roads of America with a sampling of DiRado’s longstanding fascination with a specific beach and shoreline of Martha’s Vineyard and some of the people who regularly visit it.  The images are printed 40″ x 50″ and they are including 3 contact prints from some of the same images to show how one experiences different scales of the photographic image. 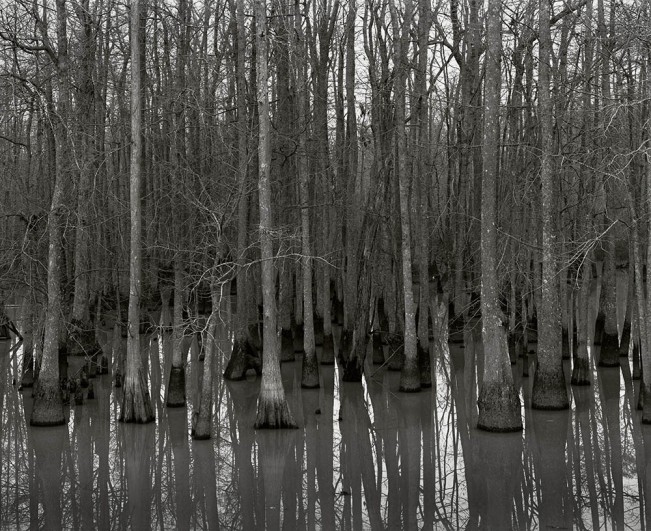 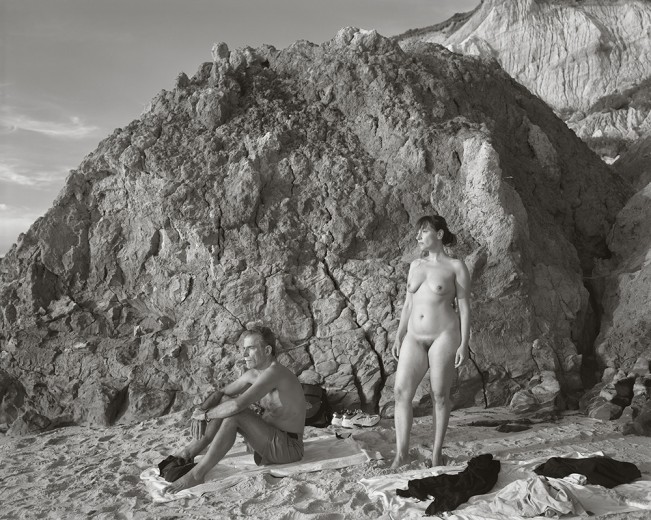 Landscape is one of the oldest traditions in photography. Frank Armstrong and Stephen DiRado give it new life in this body of work. Both photographers are using large format film cameras (8×10 negatives), a bulky, slow manner of working that yields maximum high resolution in large prints. Both artists prefer the abstraction of black and white to concentrate our minds on form and texture without the seduction of vibrant colors.

Armstrong has been making the American road trip part of his work for over 40 years. In this series he has selected some of his favorites, honing in on details of texture, shading, and contrast that make stunning final prints. There are no people here, no distractions from the hum of the rocks, trees, grass, and water that populate the scenery. Instead, Armstrong touches something of the eternal, abiding presence of the natural world, which he has isolated for our contemplation. There is a sense of time here that far exceeds any human tempo we might be tempted to impose. The vast, geologic expanse of time revealed in the prints seems, at least momentarily, more real than our own. Time has slowed down and is suspended. Now we can see what has always been there, which the demands of our daily lives compel us to miss.

In contrast, DiRado’s landscapes are populated with people. For over 28 years, DiRado has made Aquinnah on Martha’s Vineyard and the “clothing optional” beach his subject. With the enthusiastic consent of the people who visit the beach, DiRado captures poses that perfectly express the potential of a harmonious encounter of fragile human bodies with the untamed natural environment. Sand, clay, rock, and the sculpting action of  ocean tides and wind upon the landscape offer the perfect setting to explore the meeting of the human and nonhuman. These bodies, like the landscape, often exhibit the passage of time; they are not all youthful and perfect. The pastoral paintings of Giorgione and Titian come to mind, as do ancient tales of Narcissus so taken with his own reflection in the water that he perishes in pursuit of his own perfect image. Or perhaps these men and women are Adam and Eve in Paradise before The Fall. DiRado leaves it open-ended for the viewer to decide. 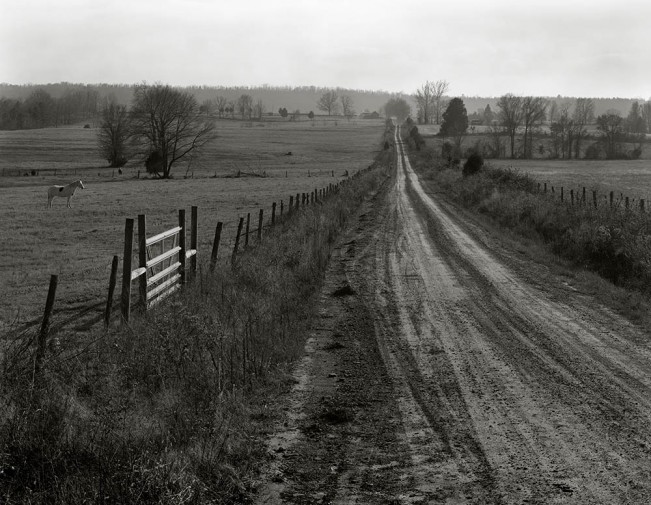 Frank Armstrong, a professional photographer for over 50 years, has works in the permanent collections of such museums as Carnegie Museum of Art, National Museum of American Art and the Worcester Art Museum. Armstrong also published a monograph book titled, “Rock, River and Thorn,” a photographic presentation of Big Bend of the Rio Grande. He currently teaches photography at Clark University. DiRado began exhibiting professionally in 1983 and is currently a professor of practice at Clark University. His works center on long term documentary projects and are exhibited in the Museum of Fine Arts in Boston, Mass. and the DeCordova Museum in Lincoln, Mass. He also earned fellowships from the John Simon Guggenheim Memorial Foundation in 2012, the Massachusetts Cultural Council, National Endowment for the Arts and the Massachusetts Artist Foundation. 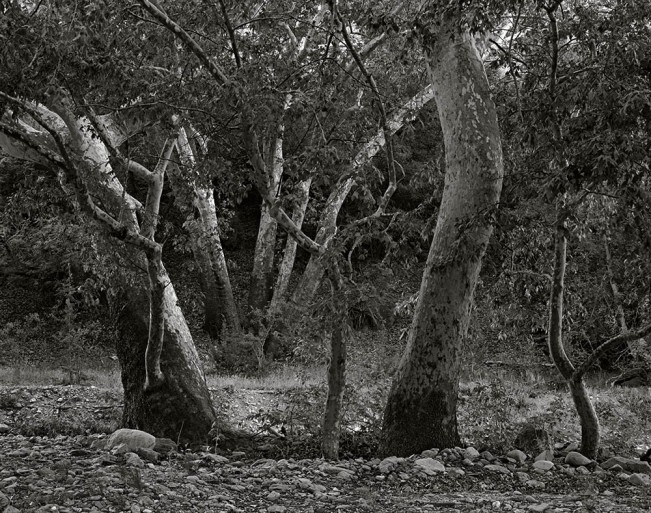 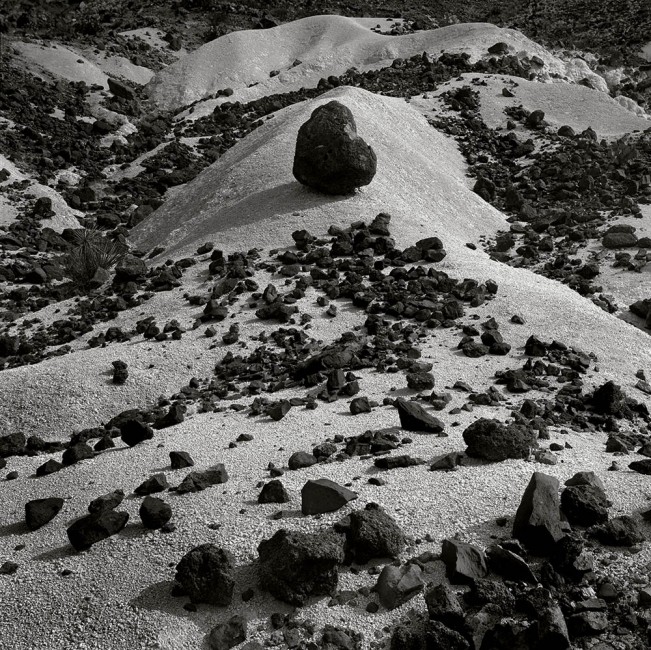 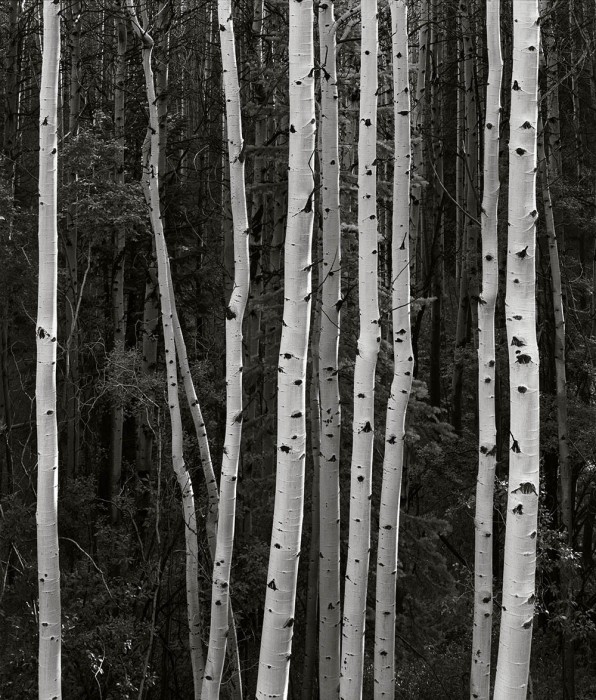 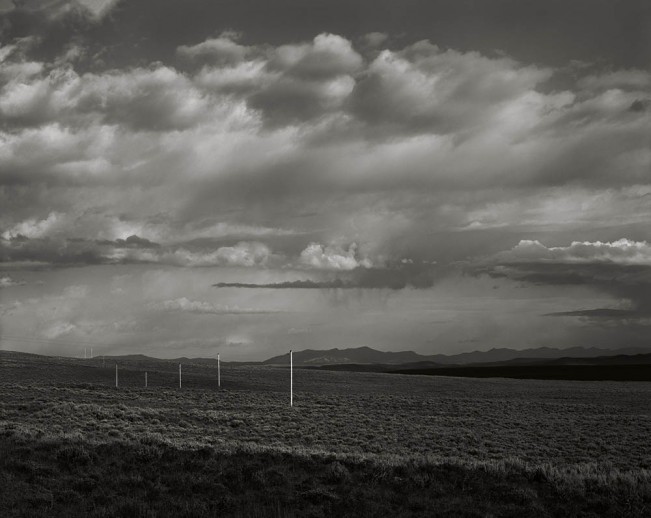 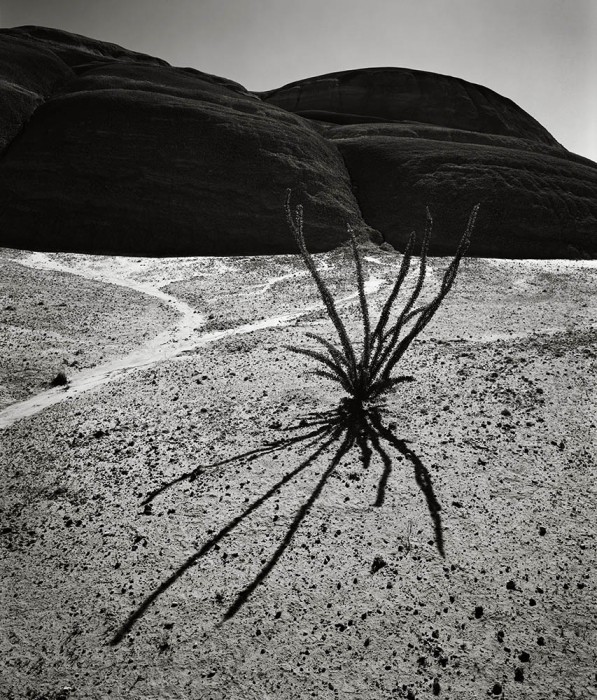 The Aquinnah Cliffs and shore, located on the western side of Martha’s Vineyard, is a landscape recognized by few relatively stable landmarks. It is an enchanted parcel of land that is composed of sand, erratic rocks, fossils and mineral rich colors of clay that perilously flirts with the sea. A stretch of its beach is designated as clothing optional. Over the past twenty-eight years, using my 8×10 view camera, I have documented this landscape in flux along with a community of people that reside on its beach. Hundreds of beachgoers have become acquaintances and friends; many eagerly and fondly participate– taking time out to pose or assist by carrying my equipment. It is a liberty earned that allows me to spend most of my time without introduction to make my art.

For decades my documents were limited to subject matter that could be rendered on a small scale that mirrored the 8 inch by 10 inch size of my negatives. This past summer my approach shifted to a commitment to produce new work printed on paper measuring in feet instead of inches for this exhibition. This intention liberated me to capture an environment on a grand scale and rethink everything I have been exploring for decades. No longer was I going to the beach earlier in the day but instead arriving when the sun drops below twenty degrees above the horizon. It is a dramatic time when the landscape is most pronounced and most beachgoers have long left the beach. In contrast it is also the time of day that I seek out those individuals and intimate groups scattered about, suspended in a state of solace– holding onto the last rays of sun.–Stephen DiRado 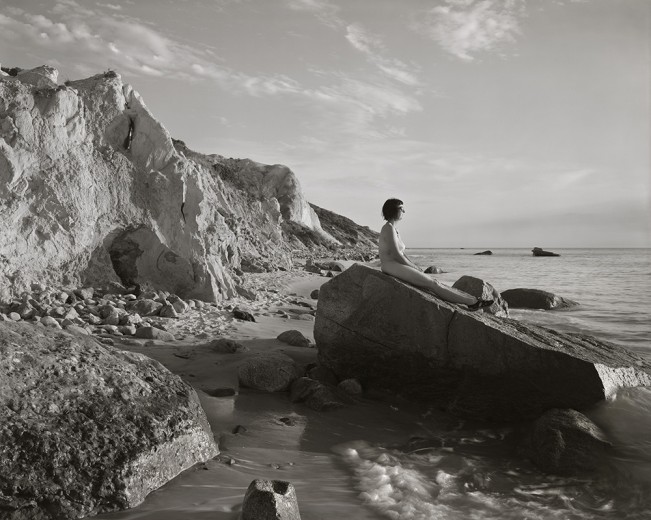 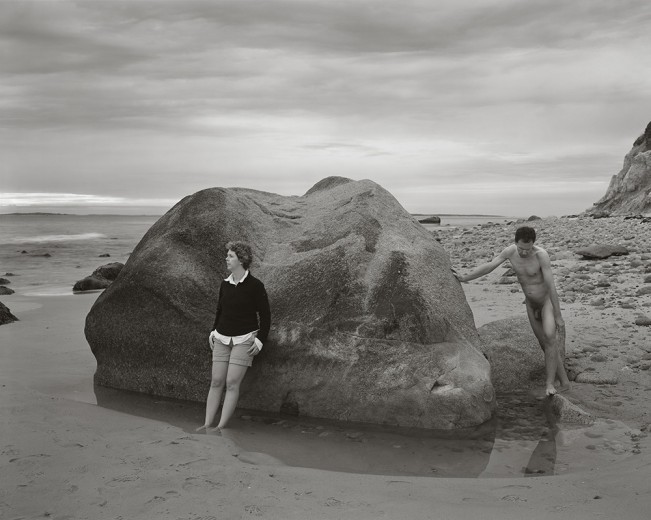 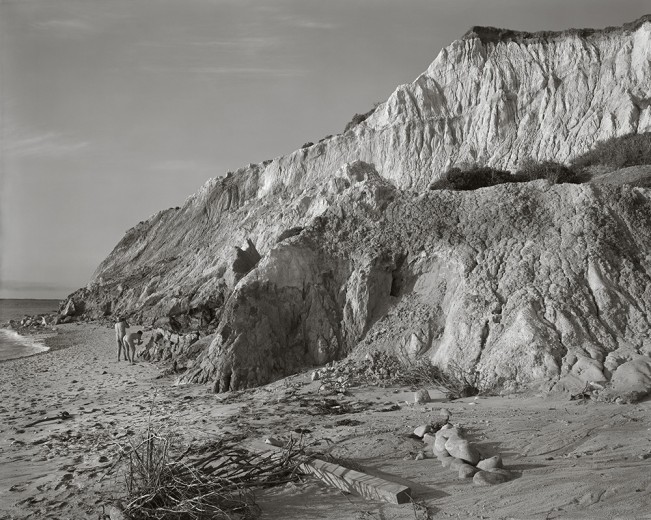 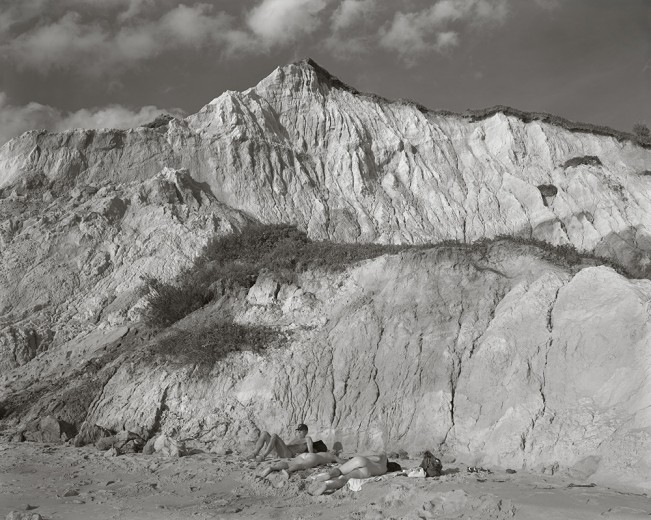 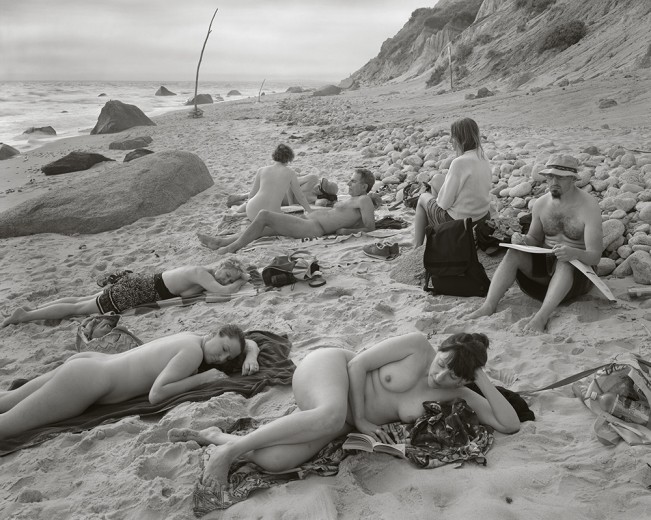 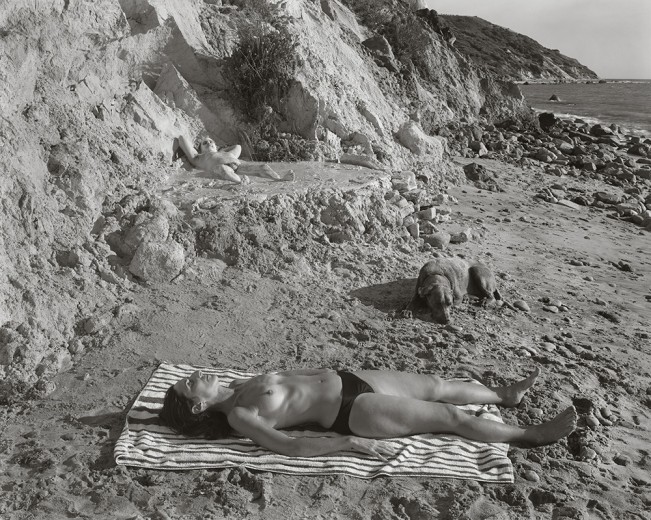 Photographer Stephen DiRado primarily and relentlessly documents his family, friends and every day acquaintances. His work is in public and private collections worldwide and can be found in publications beyond the US in such diverse places as Australia, Russia, Germany and Great Britain. DiRado has received six highly prized fellowships, most recently a 2012 John Simon Guggenheim. He is also a Professor of Practice in Photography in the Studio Arts, Visual and Performing Arts, Clark University, Worcester, MA.