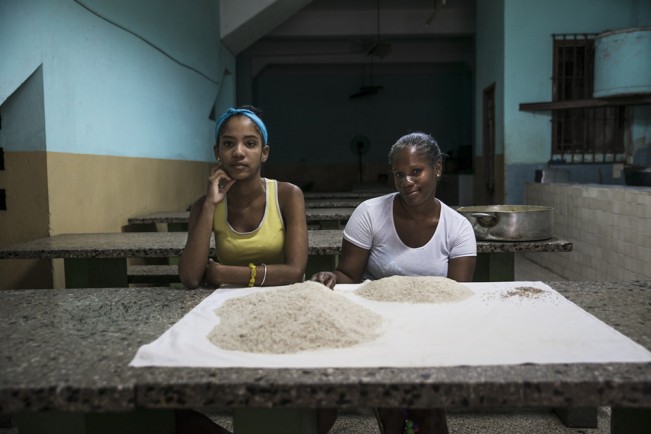 I am Eleonora Ronconi and I’m the guest editor on Lenscratch, featuring a week of photographers who reside and work in a country that is not theirs and really struggle to find a place to call home.

Today, my first post, is Jaime Permuth. Jaime is a Guatemalan photographer living and working in New York City. He serves as Faculty in the Masters in Digital Photography program at the School of Visual Arts.

It is my great pleasure to introduce my friend Jaime’s work on Cuba, for which he wrote an essay about his experience of photographing in Havana, and how spending time there, in a place where everyone belongs, accentuated his feelings of being uprooted and not having a place to call home. 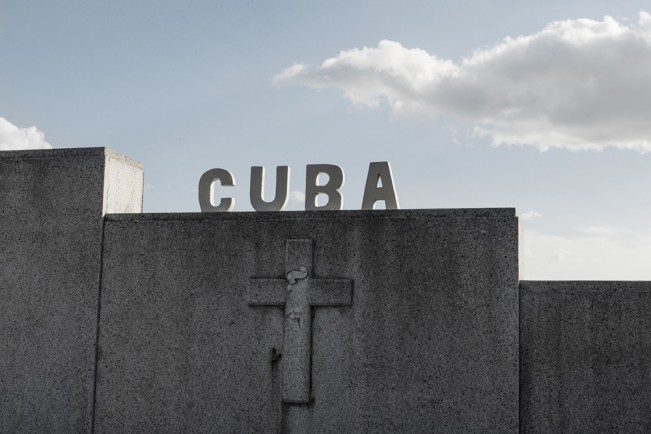 Time gives poetry to a battlefield.–Graham Greene, Our Man in Havana

Every November, La Fototeca de Cuba organizes their annual Month of Photography in Havana. This past year, I received an invitation to present my monograph Yonkeros, a collection of photographs documenting the working lives and landscape of the Willets Point junkyards in New York City, as part of their programming. New York itself holds a special, mythical fascination for the Cuban imagination. And my book explores a subject that in many ways defines their daily lives: the intersection of first world consumerism, waste and obsolescence with third world ingenuity and survivalist strategies.More than a little giddy with anticipation, I meticulously chose and prepared my photographic gear for the trip. I packed a single bag, which would allow me the greatest freedom of movement on the ground. Given a hectic end-of-year schedule, I decided to stay on the island for a total ten days, just long enough to get a sense of people and place.On the eve of my journey out, the Cuban government finally approved an educational visa for me. Having secured my visa at the zero hour, I then hastily threw some clothing into a suitcase and made my way to the airport.

I grew up in Guatemala during that country’s decades-long civil war and endured arduous years of repressive military dictatorships. Communism was a taboo subject. In particular, Cuba and Nicaragua were rarely discussed. And when they were, it was rarely without a heavy dose of ironic or sarcastic commentary. As a young adult, I strived to fill in some of the cultural gaps and omissions left over from my teenage years. As such, I fell in love with the Cuba which can be readily consumed outside of its borders: literature, music, rum and tobacco.

My first morning in Havana, I gazed at the still-darkened streets from my second floor balcony at Casa Miriam and marveled at the steady trickle of mid-20th Century Chevys and Russian Ladas making their way along Calle Neptuno. The city’s historic downtown is grandly romantic: majestic and utterly dilapidated all at once. Not trusting what my eyes revealed to me and feeling a mounting sense of euphoria stirring inside, I hurried downstairs. I paused for a very long minute out on the sidewalk wondering whether to strike out north, south, east or west. Then slowly I made my way to the Malecon, arriving there in time to see the sun rise over a furious ocean. 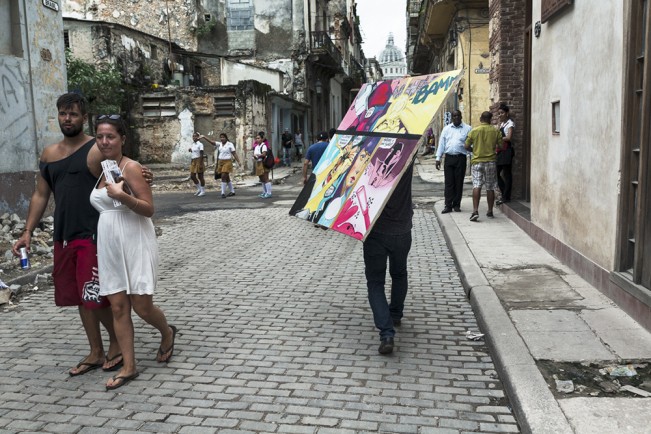 That morning I lingered on the streets for a few hours. My first conversation was with a mother and daughter preparing food for school children in a cavernous dining hall. I simply wandered in and casually sat down with them as they carefully separated small stones and dirt from a large pile of rice. Then I followed my nose to a pint-sized bakery run by a young guy with an engineering degree. In his estimation, he could make more money selling pastries than working in his field. His oven was an ingeniously modified oil-drum and his chocolate “señoritas” famous all across the neighborhood.

The challenge for any photographer visiting a place for the first time is getting past the surface veneer of things. In Cuba that’s tougher than in most places. For one thing, the surface is overwhelming and hypnotic. For another, there is“Jineteo” – or what the locals call the art of the hustle. Literally, it means“riding”somebody to profit from their naiveté or kindness. This practice -like prostitution- is fairly ubiquitous in Havana. As a foreigner, your presence never goes unnoticed and your steps produce a ripple effect like a stone dropping into water. The smallest gestures stand in for overtures to complex negotiations: a pause in your stride, a hesitant smile, holding somebody’s gaze for a moment.

At night this sensation is amplified even more. Probably because the heat can become unbearably oppressive in summer, residents of Centro Habana habitually leave every door and window open. One might say the inner has become the outer: entire families gathering over dinner, a widow watching soaps on TV, lovers having a quarrel, an empty room full of family photographs, all of it is in plain view. Like a Magritte painting, the city is a woman laid out naked on a table. 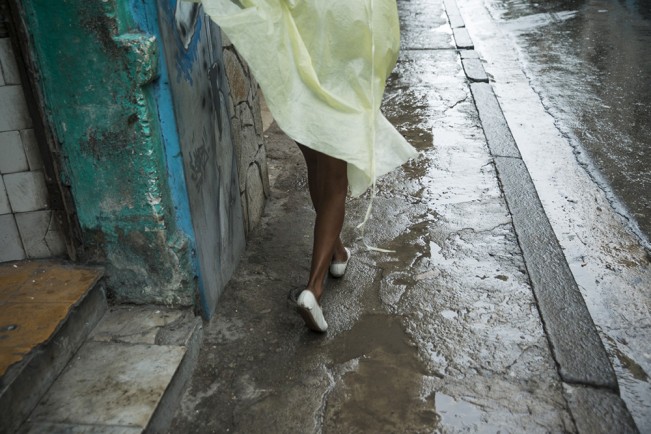 Street lights are few and far between. Like spilled ink, darkness pools heavily on every city block. The heavy fumes of exhaust pipes, which make it hard to breath during the day, recede and give way to the briny smell of the ocean. Ambient noise drops down a few decibels and the city seems to whisper in muted tones.

The life of a photographer often feels solitary and many hours are spent quietly working on images in post production or conducting research for a promising project. Despite the frequent interactions I have with strangers when traveling, there is ample time left for introspection. The sustained, careful observation of the visible induces in me a trance-like state of wakefulness. Reality detaches from itself and becomes surreality. Outward steps lead me inwards and time collapses on itself.

In this particular frame of mind, I am always reminded of how fleeting our passage is through the world; with every release of the shutter the present instantly changes into the past. I am also painfully aware of how uprooted and unmoored I’ve become from my childhood sense of self. There is no specific place on earth which I can lay claim to. I belong nowhere in particular. Could the lighthouse in Havana help alleviate this darkness? 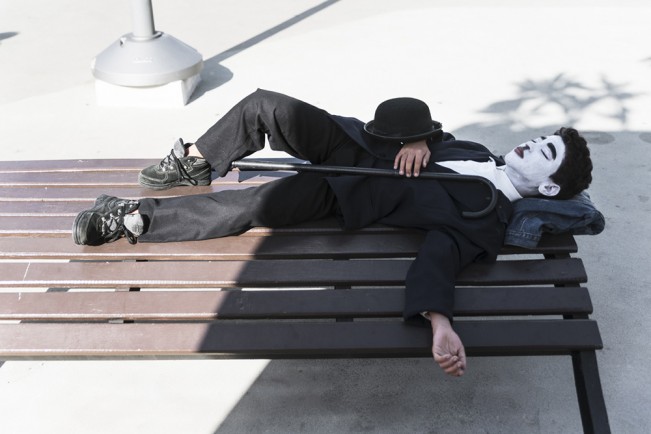 Is this the impulse underlying the act of photography? To fulfill a yearning for connection?

To finally find our way home? 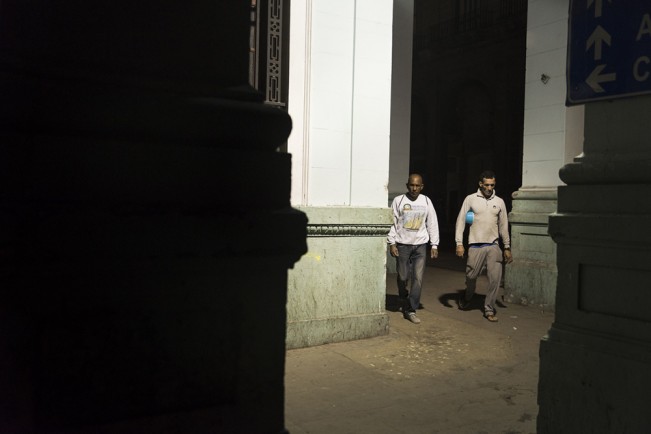 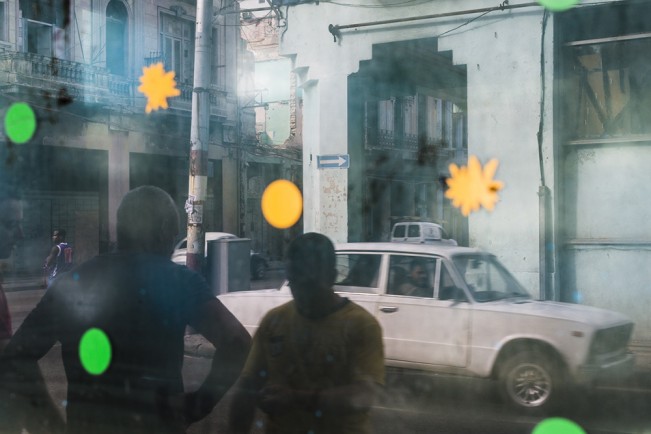 Following my Artist Talk at La Fototeca, the National Library of Cuba requested a copy of Yonkeros for their collection. Libraries and universities are like magnets to me, so I offered to deliver the book in person. The library is seventeen floor modernist tower located in the heart of Plaza de la Revolucion. On arrival, I was informed that a foreigner can only visit with a passport in hand and a written permit. Being that I had a book to deliver, it only took us an hour to wrangle an acceptable compromise. The wait – however – was entirely worthwhile. Before being escorted to the right department I was given a grand tour of the premises, which are filled with a luminous collection of art. There are also entire floors which hold rare book collections, a large photography archive and a significant collection of 17th to 20th Century engravings. Many of the furnishings there date back to the Batista regime and are inspired by those of the New York Public Library. 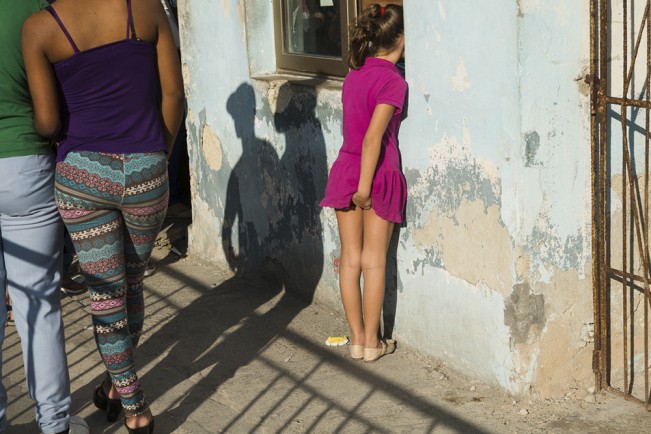 In one of the many squares which dot the city I come across a flea market with offerings that are vastly more interesting to me than the ones available in brick and mortar stores. There are old postcards and revolutionary pins, fading porcelain and a smattering of books. I take my time perusing the books and purchase a lovely 1950’s edition of Alejo Carpentier’s novel El reino de este mundo (The Kingdom of this World), a seminal novel in Latin American letters which recounts Haitian independence through the life of its central character Ti Noel. It is an early example of what the writer denominated“lo real maravilloso”(the marvelous real). 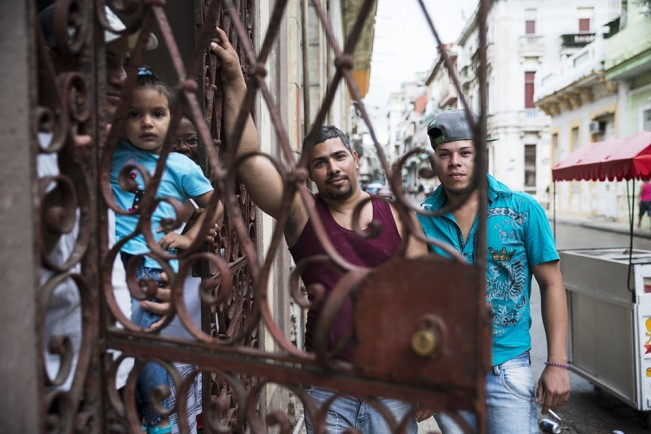 As I leaf through its pages over a cafe cortado, I am astonished to learn that 25,000 copies of the book were printed for the edition. These days, the average print run for a contemporary Cuban novel is between 1500 and 2000 copies.

On a late afternoon I come upon a sleeping Charlie Chaplin. I wonder if he dreams of food.

A week after I return to NYC, Barack Obama announces a new initiative to re-establish diplomatic relations with Cuba and ease back on the economic embargo.

God speed. Cuba is a place full of wonder and the spirit of its people remains indomitable. Indeed Mr. President, it is high time for reconciliation. 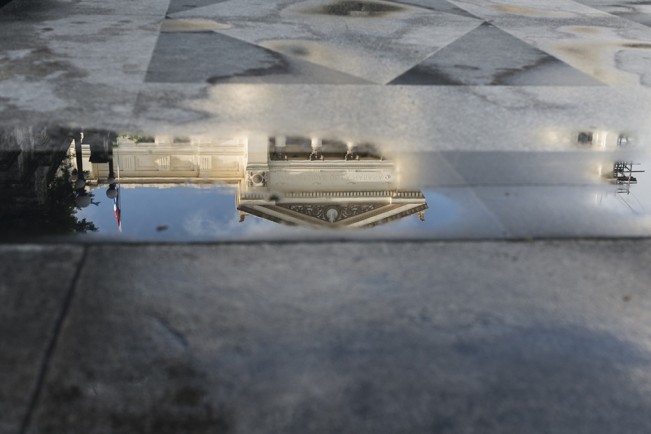 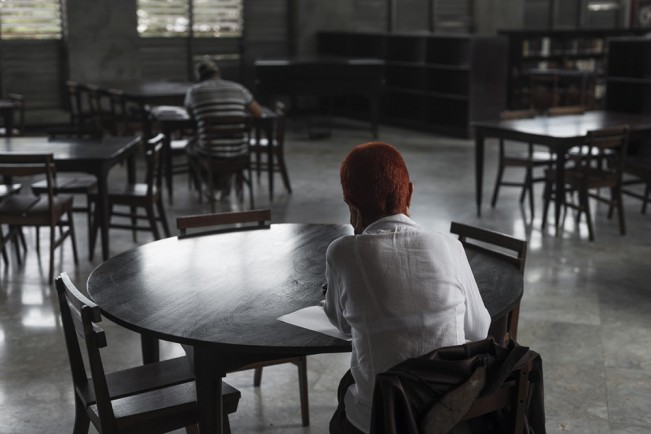 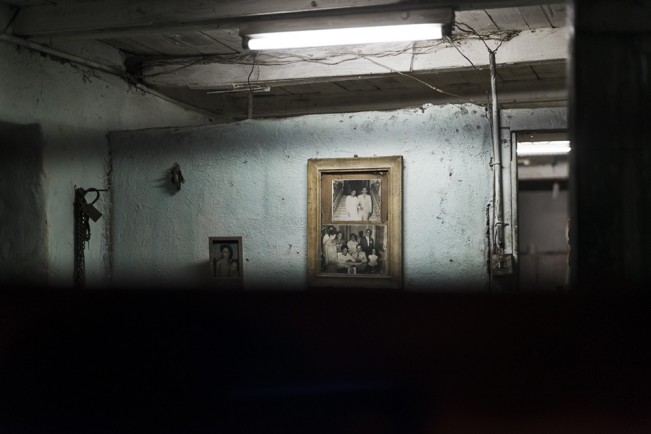 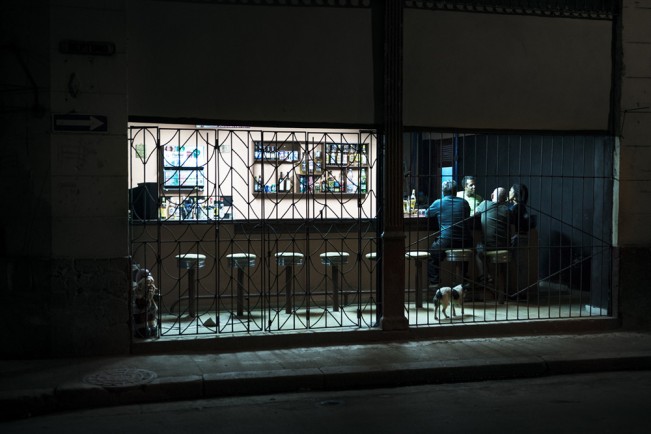 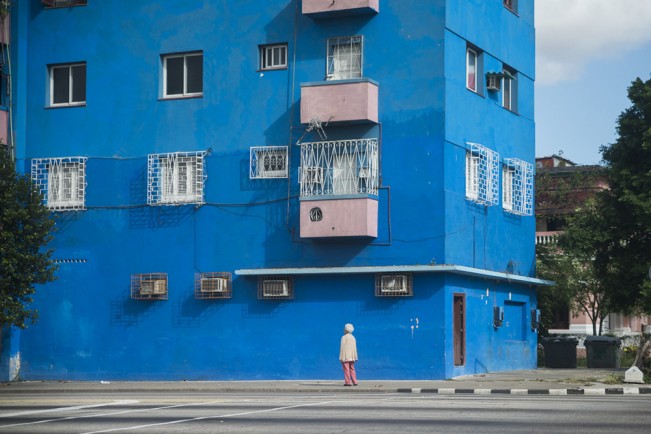