Molly McCall: In the In-Between and Home Movies by Aline SmithsonMay 4, 2017 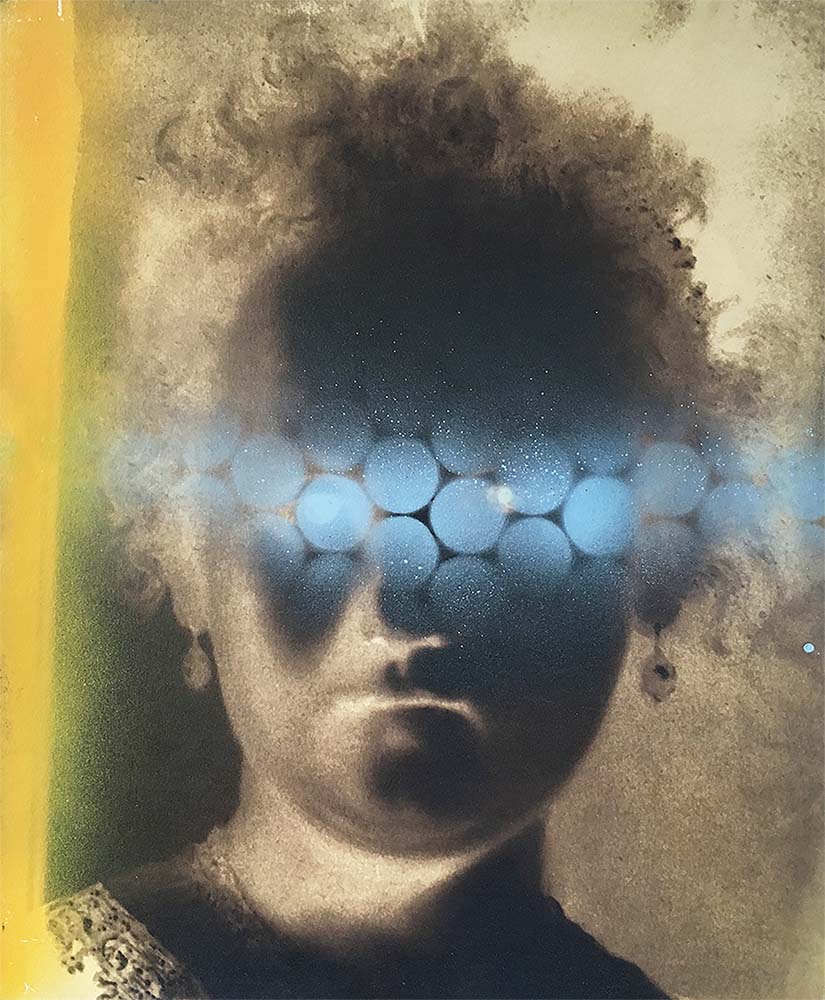 ©Molly McCall, Baby Doll, from In the In-Between

As a friend recently reminded me, a camera is simply a tool for making art. And just as a camera is a tool, so are photographs.  Artist Molly McCall, who I met at the at the 2017 Photo Alliance One World Portfolio Reviews, uses found photographs as the basis for her art, but she also plays with the long relationship of paintings and photographs by using photographs of paintings to create…paintings that use photographs as the basis of her subject matter. Her mark making and color palette create a particular language of seeing and considering portraits and movie stills. Today I feature two of her series, In the In-Between and Home Movies, each mining a different set of found imagery in order to add to her visual narrative.

Born in Monterey California, Molly McCall was surrounded by ifamous photographers and the West Coast Landscape tradition. With a family influence in clothing, she began her creative career designing her own label and selling to numerous specialty boutiques including Henri Bendel in New York, Fred Segal in Los Angeles, and Nordstrom, where she was awarded their most favored designer in California.

Molly’s earliest influence on art making came from her great grandfather, an illustrator for the New York Times, and grandfather, a professional watercolorist in Southern California. She started painting and photography at an early age, and later attended Laguna Beach School of Art. After nearly two decades in the clothing business, Molly returned to painting and darkroom photography.

Molly McCall’s work is in various private collections, has been featured in Architectural Digest magazine, and has been in exhibitions across the country, including the Center of Fine Art Photography, The Center for Contemporary Arts, The Image Flow, and the Museum of the Big Bend. In 2018, Molly will have a solo exhibition at the Center of Fine Art Photography. She resides in Carmel Valley California with her husband Gordon and their German Shorthaired Pointers. 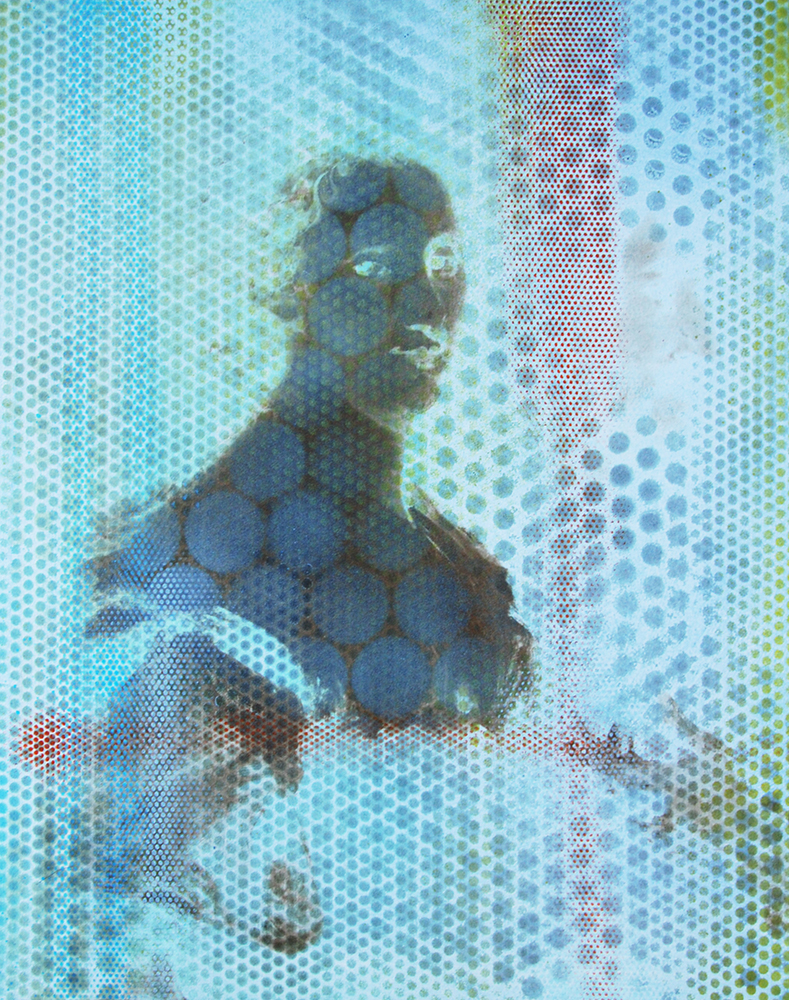 ©Molly McCall, Before and Back Again, from In the In-Between

The idea of exploring the use of paintings as photography came out of the question “What is a photograph?” I began by using early European masters’ paintings in a photographic context to create a dialogue between the two mediums and investigate the sense of time and the historical gap between them. In the series In the In-Between, I am combining early European masters’ paintings with modern technology, photographic techniques, and surface to juxtapose the past and the present. The original painted images are printed in reverse photographically, and then painted abstractly, compressing and expanding the connections between the passage of time, transition, transformation, and memory.  The series integrates my interest in art history, color theory, and found imagery. Color and mark-making are also used to emphasize or diminish certain elements of the photographic image, similar to the deterioration and fading of physical and material things over time.

This series is an exploration of the past and the transition to the present. As I artistically engage with these painted images, I am building my own visual language through color theory, scale, and texture to elicit an emotional response and to activate a new context. 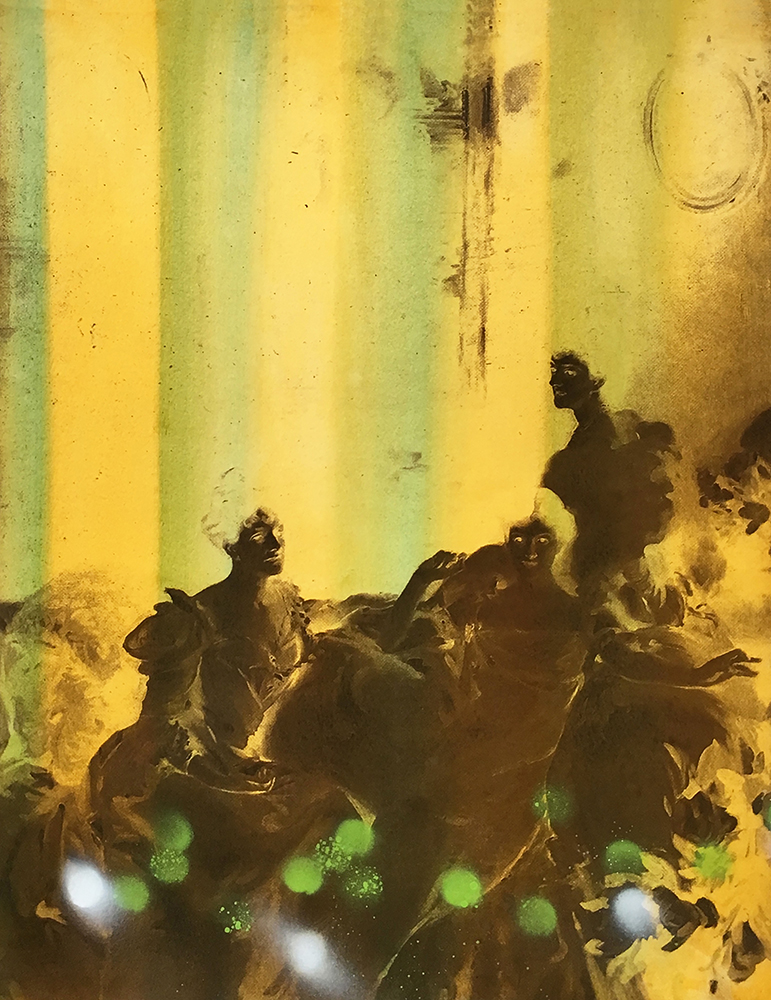 ©Molly McCall, Camarilla, from In the In-Between 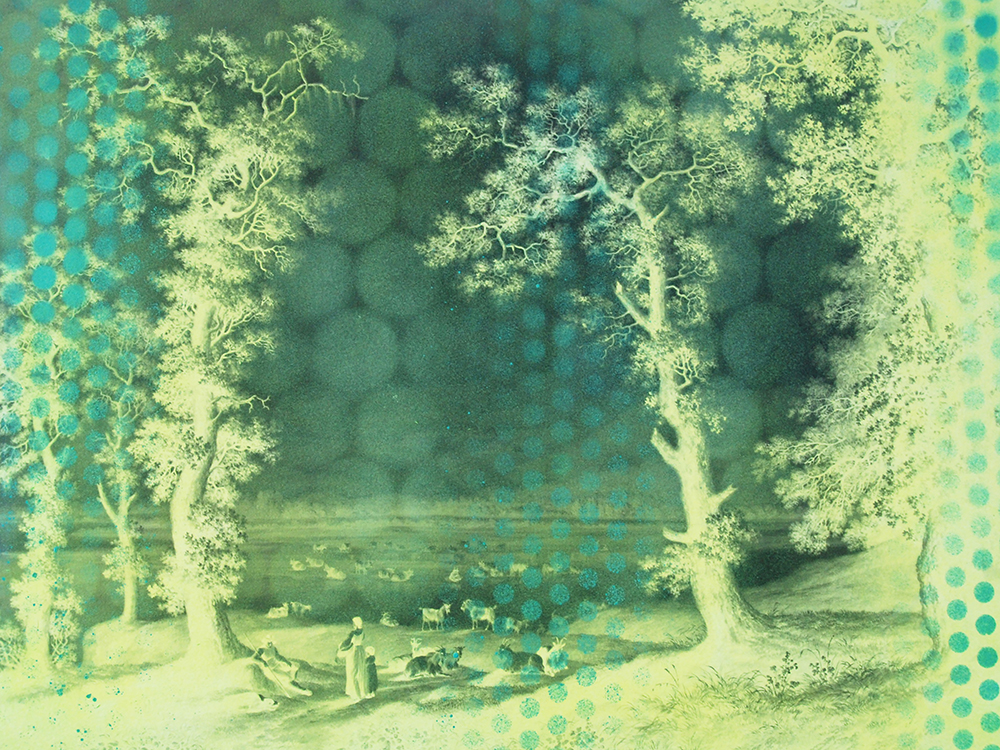 ©Molly McCall, No Mans Land, from In the In-Between 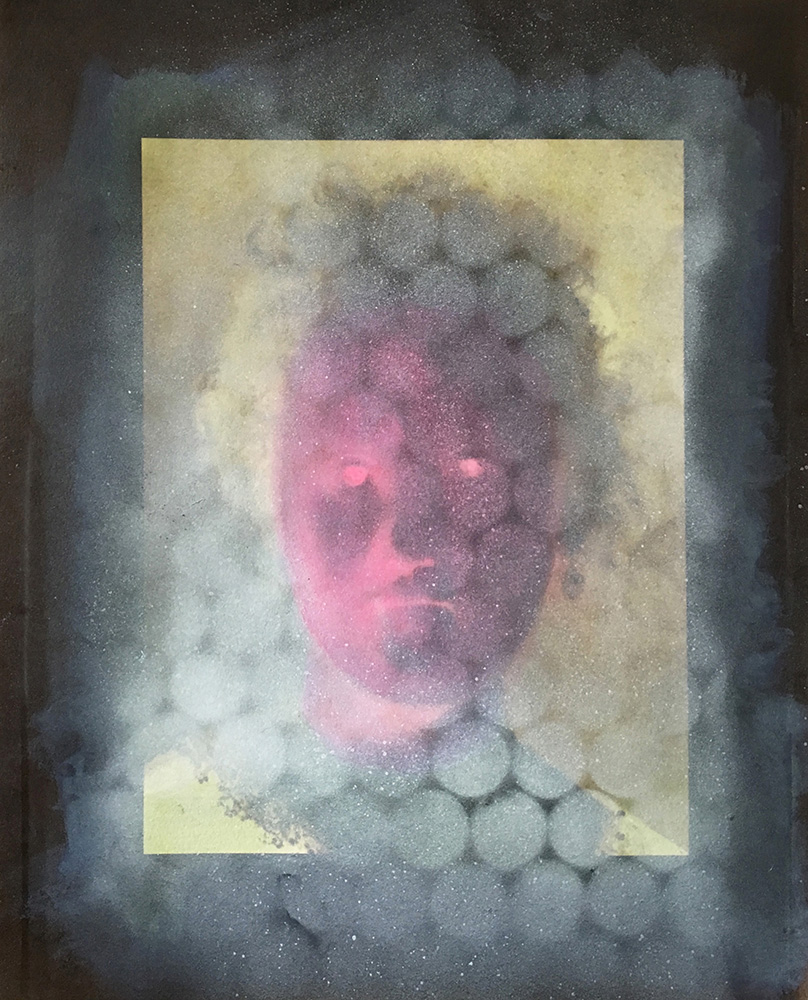 ©Molly McCall, Scarlet Girl, from In the In-Between 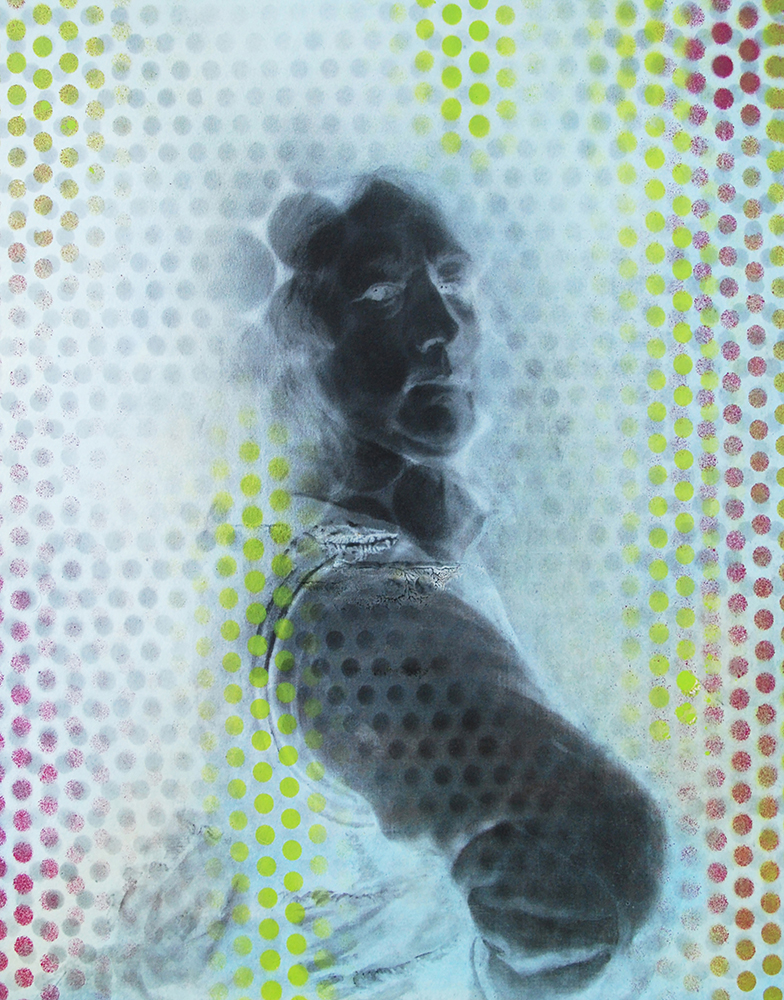 ©Molly McCall, Soon to be later, from In the In-Between 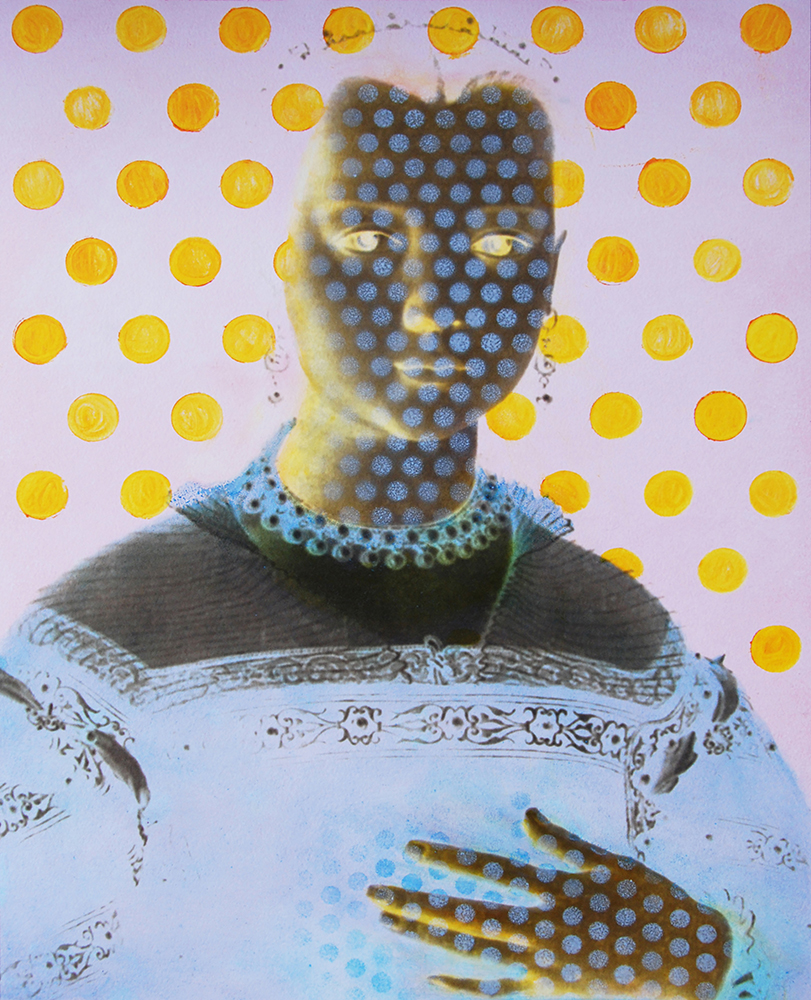 ©Molly McCall, Two steps forward, from In the In-Between

After collecting vintage snapshots for decades, I began to notice discarded home movies in flea markets and antique shops that grabbed my attention. The simple cinematic narratives in the found movies intrigued me as I wondered what made these occasions so important that they would be immortalized on film? The recordings of benign family trips, scenic skylines, and everyday life were so iconic and yet mysterious; the unfamiliar places and unnamed people seemed lost in their anonymity. I came to discover that each filmed story was a testimony to the past, loss, love, and memory — a memory that could be revisited over and over again and reanimated on demand.

In the series Home Movies, I am creating segmented imagery to explore connections between the passage of time, transition/transformation, loss, and memory. The seemingly spontaneous found images are reframed to reveal gestures of unfinished stories and convey memory in a narrative form. The series integrates my interest in art history, color theory, and found imagery, using photographic processes and today’s technology. Color and mark-making are also used to emphasize or diminish certain elements of the photographic image, similar to the deterioration and fading of memory and material things over time. Each print is toned with various solutions, and details are painted out or painted in, using oil and acrylic paints, transforming the vintage image through time as it is re-created in its new state, and in a new context. 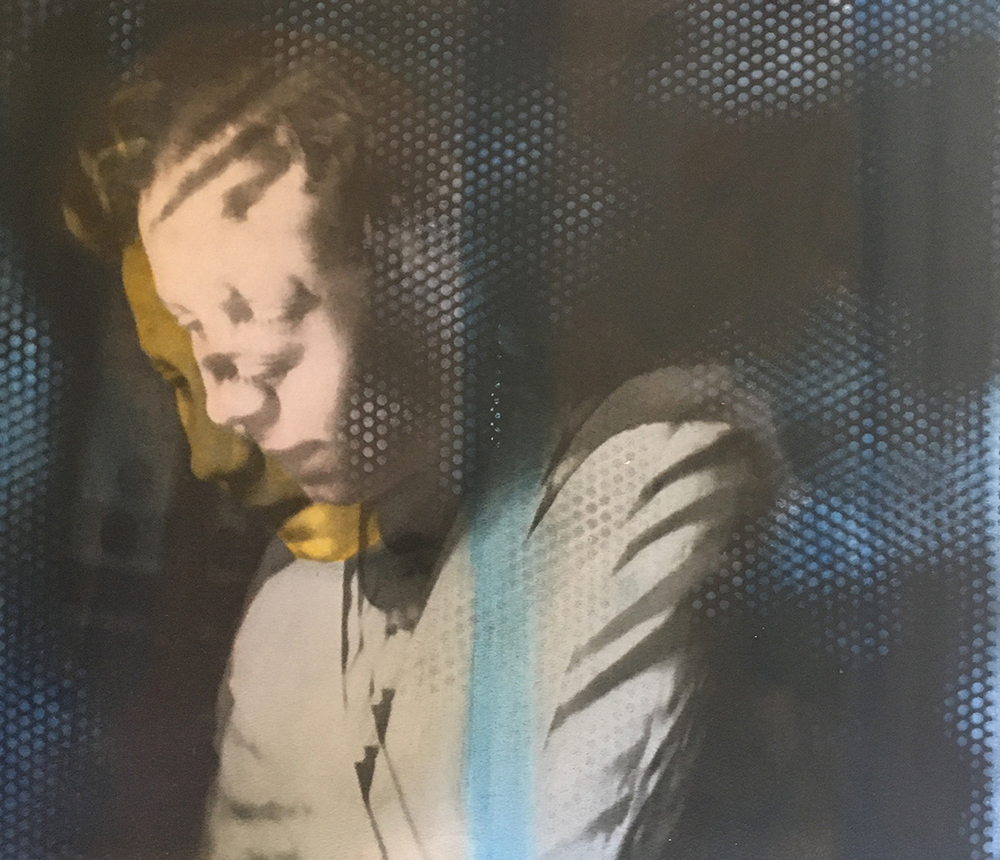 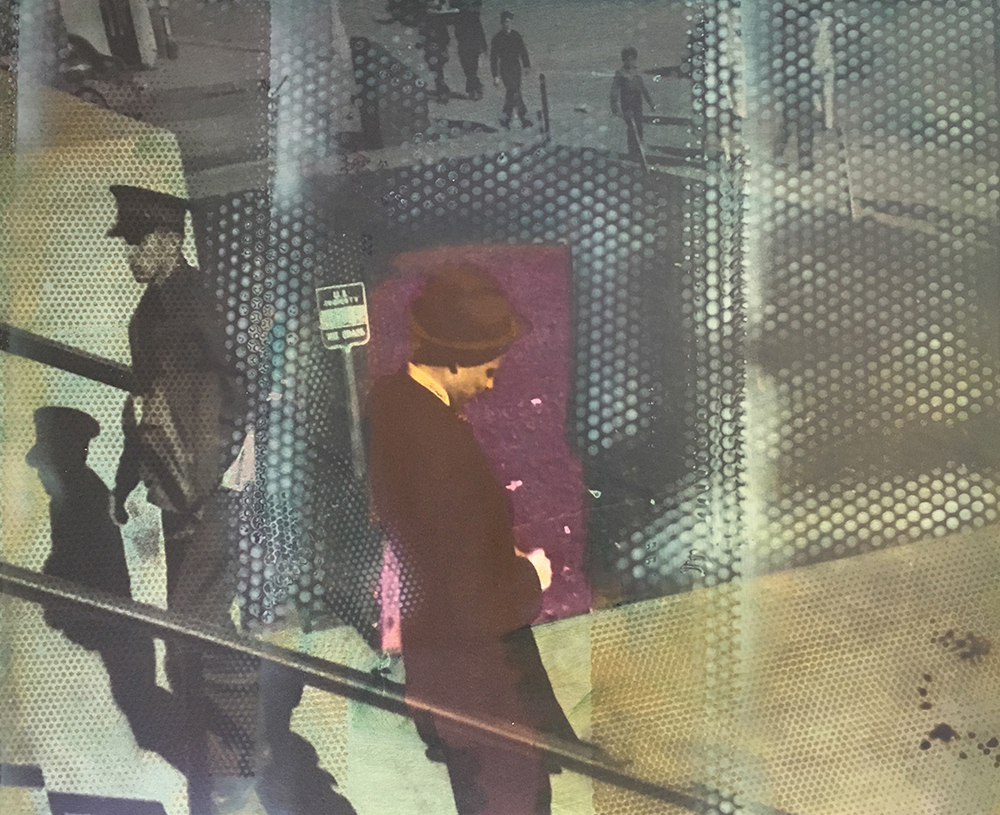 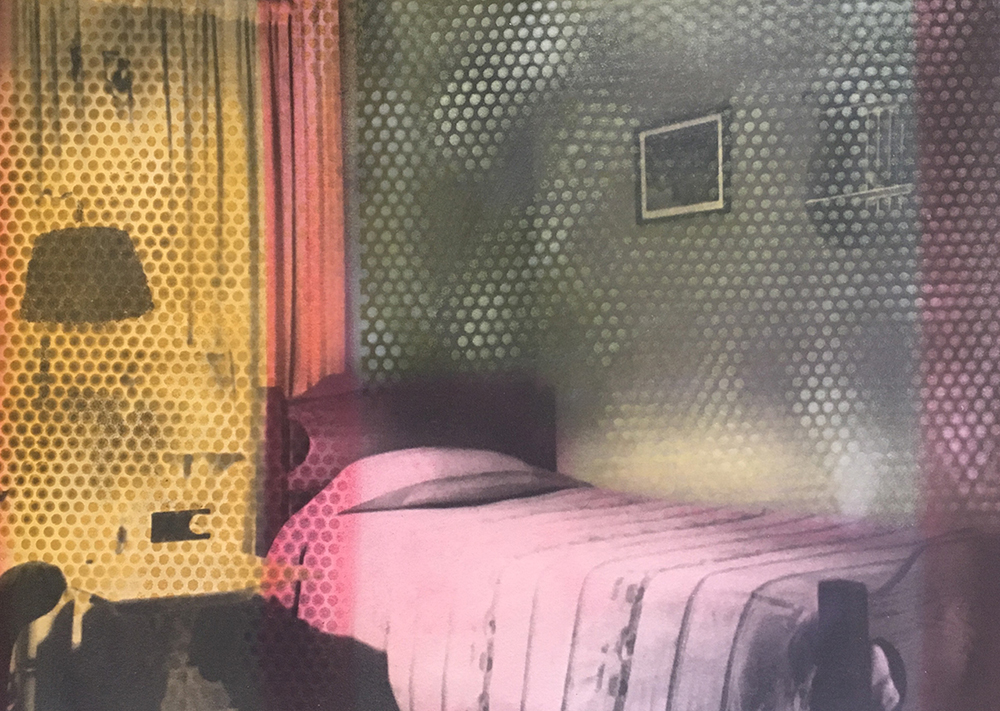 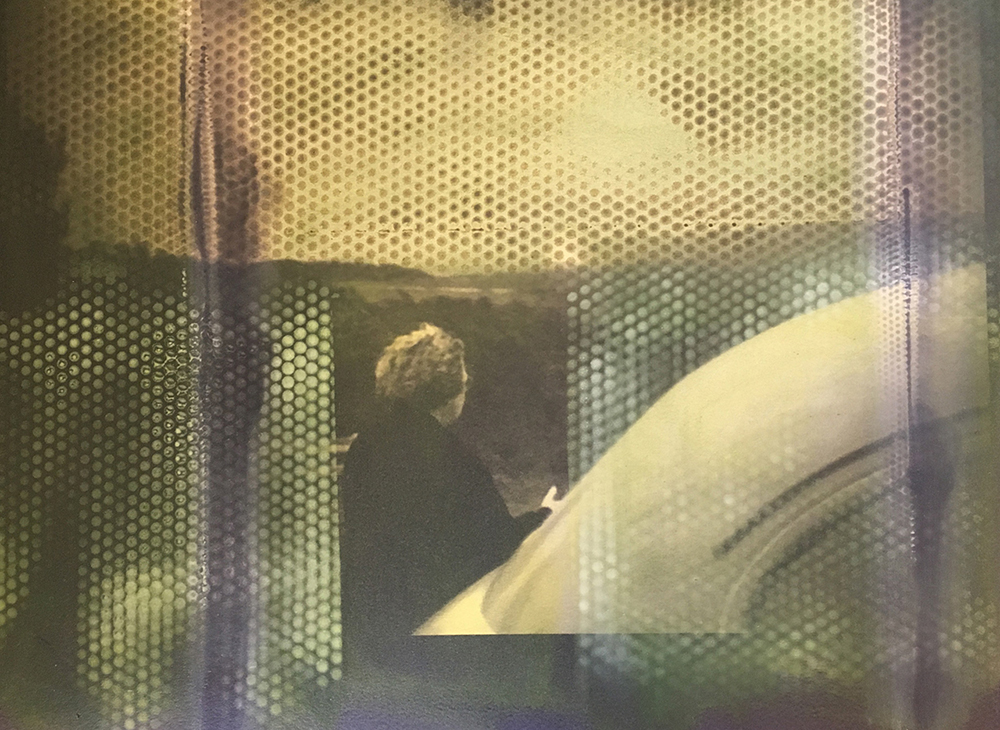 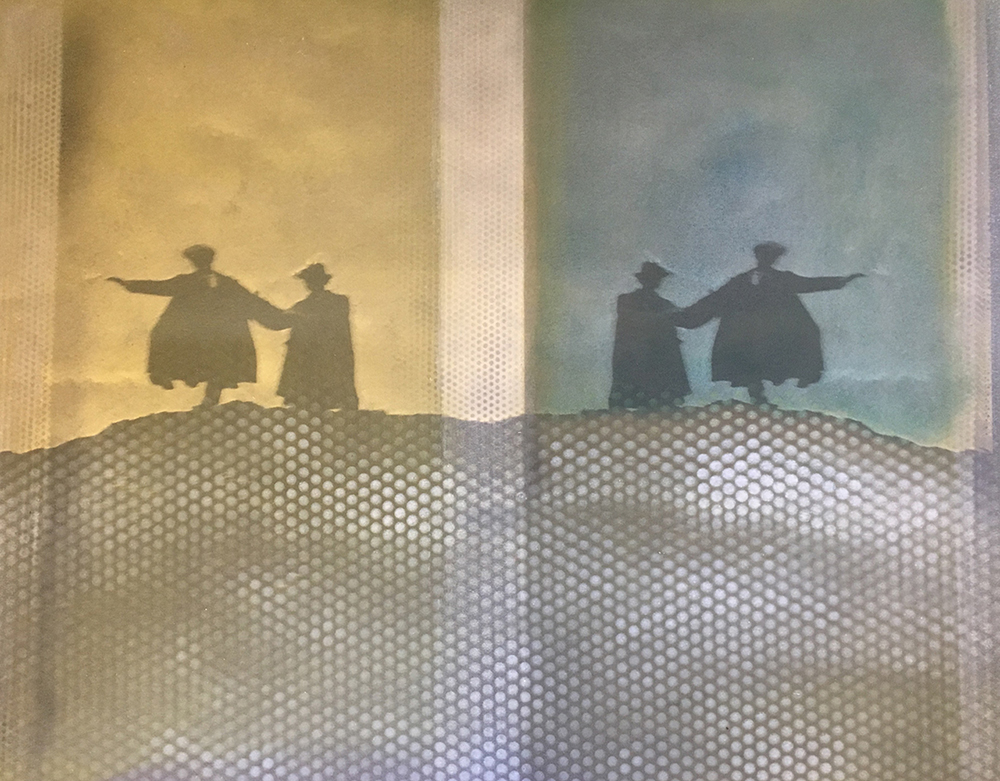