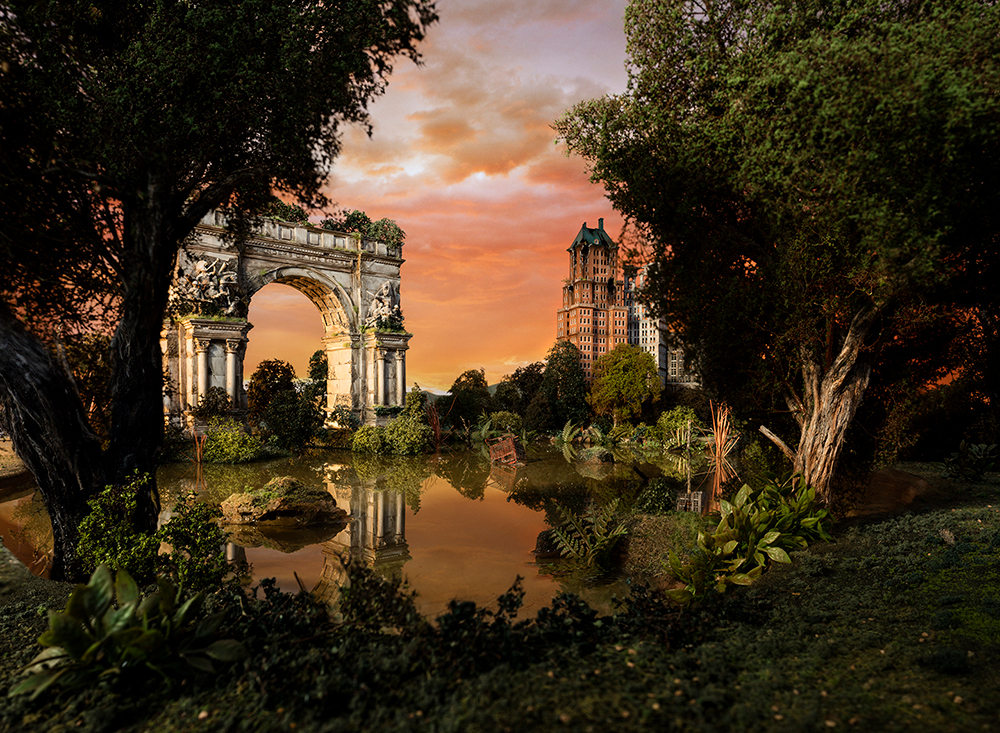 I have always been a fan of all things miniature, tiny worlds created to delight the inner child. Artists Lori Nix and Kathleen Gerber create the world in miniature, but it’s a perilous grown up landscape that speaks to the realities and possibilities of the planet gone amuck. These talented collaborators have been exploring the darker side of constructed realities for the past sixteen years, guiding us through disasters and travesties that touch upon the new realities of 21st century life.

They have recently opened the exhibition Empire, at ClampArt in New York City, running through January 27th, 2018. Though Lori Nix is a well-known name and Guggenheim Fellow in photography, this is the first exhibition that credits both Lori and Kathleen equally for their imagery and efforts. 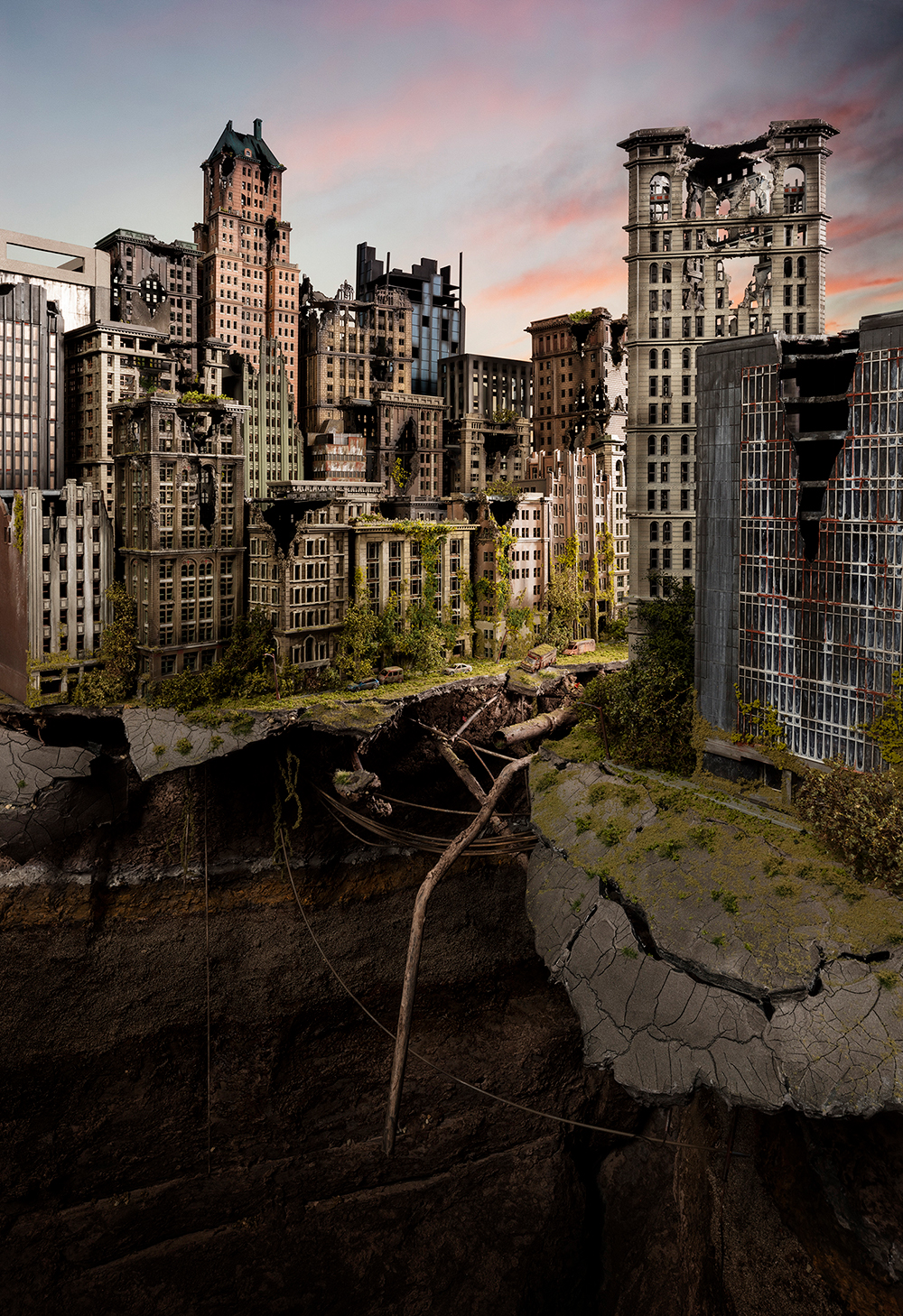 Following their eight-year series, The City, a project that focused on apocalyptic interiors, their new series Empire, moves us outside to consider a dystopian future where the natural world, devoid of humans, reclaims superiority over man-made creations. It is a project that is incredibly timely as we watch climate change wreak havoc with the environment and political agendas create a culture of fear and uncertainty–surely Lori and Kathleen couldn’t have imagined these real life traumas when then started the project back in 2013.

In order to create their disastrous scenarios, Nix and Gerber painstakingly construct intricate dioramas in their Brooklyn studio which are then carefully lighted and photographed. The obsessive process requires patience and precision and is particularly slow-going, with only a few artworks produced each year. The nine large-scale photographic prints in this exhibition represent four years of work.

Filmmakers Nol Honig and Robert Hall of The Drawing Room have created a short documentary about how Lori and Kathleen create their masterpieces:

Nix + Gerber from The Drawing Room on Vimeo.

Their miniature fake landscapes and interiors reflect a love of science fiction and dystopian entertainment (think Blade Runner, Planet of the Apes, Logan’s Run), an appreciation for great architecture, and an affinity with the Sublime painters of the Hudson River School. Because the work is of a model and not a real place, it creates a safe space to consider the larger ideas of disaster and our collective future. These spaces become meditative, revealing not just mankind’s errors, but also our optimism, ambition and love of life. 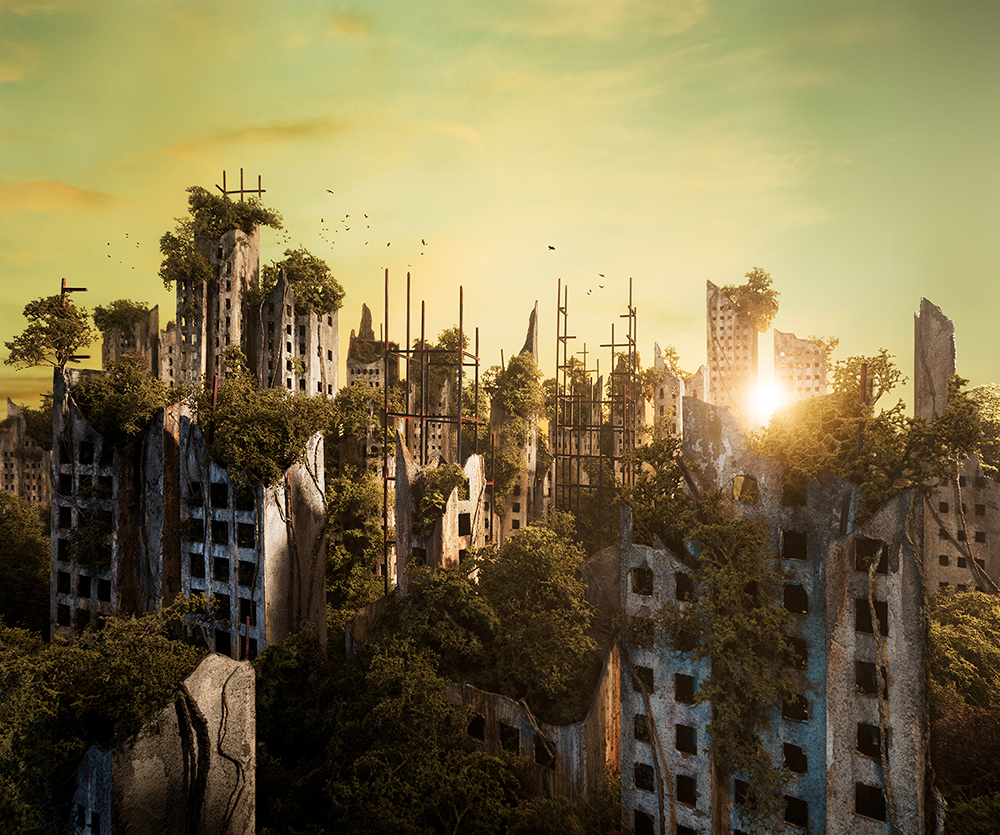 Landscapes are more than a visual record of an environment. They also capture the emotional, sometimes spiritual, essence of a place. Empire presents a world transformed by climate uncertainty and a shifting social order, as it stumbles towards a new kind of frontier. These places are eerily beautiful but also unsettling in their stillness and silence. Long ago man entered the landscape and forced nature to his will. Once grand, and emblematic of strength and prosperity, they now appear abused and in decay, and it is uncertain how they will continue to (de)evolve. – Lori Nix 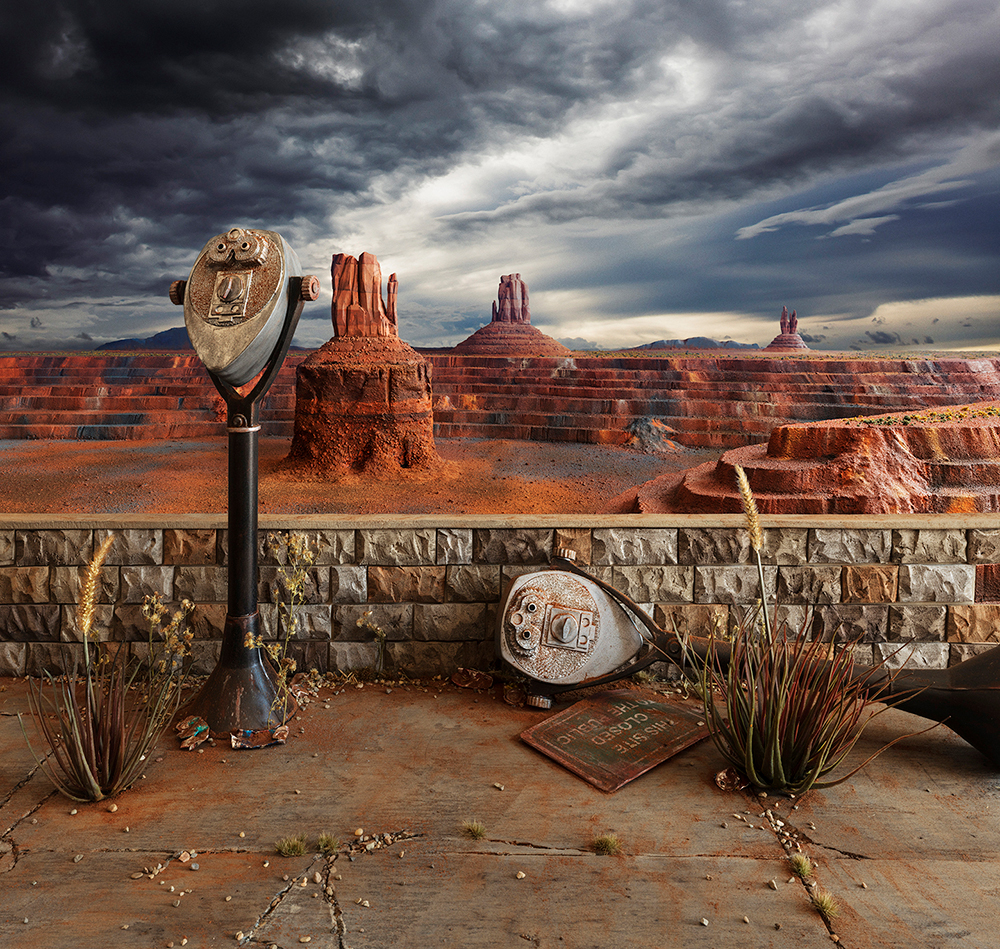 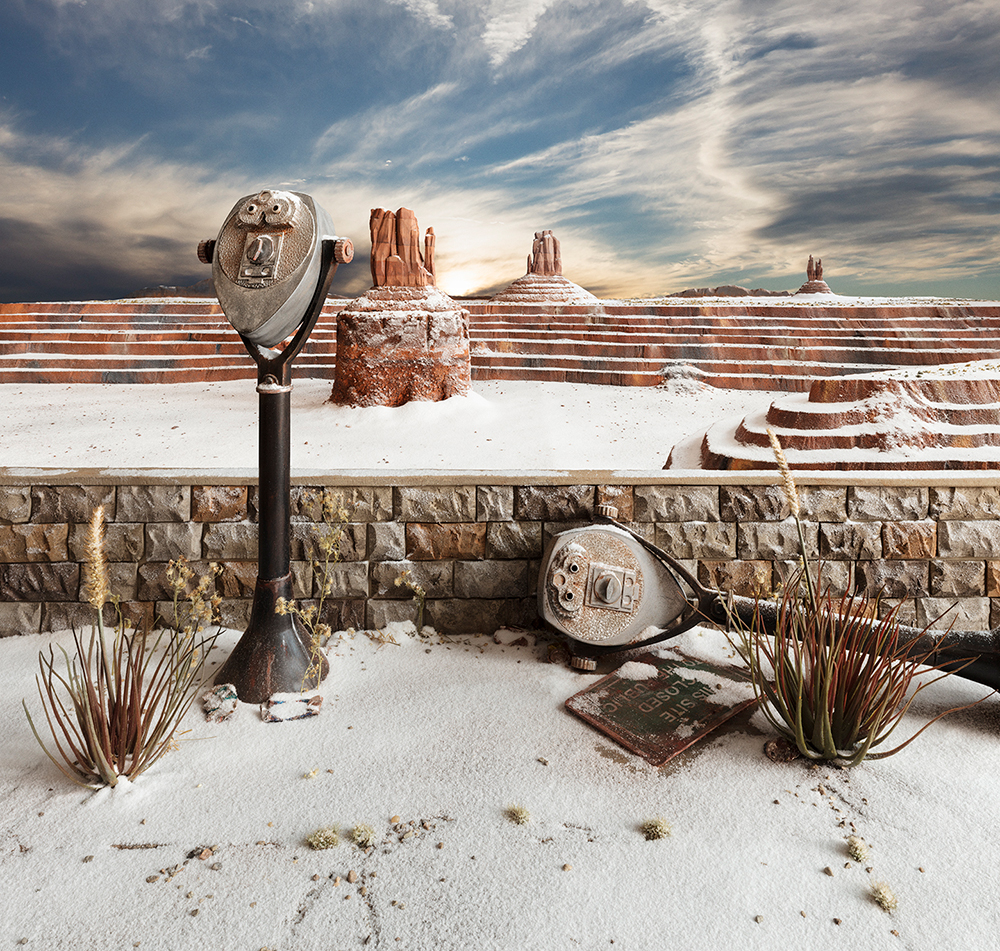 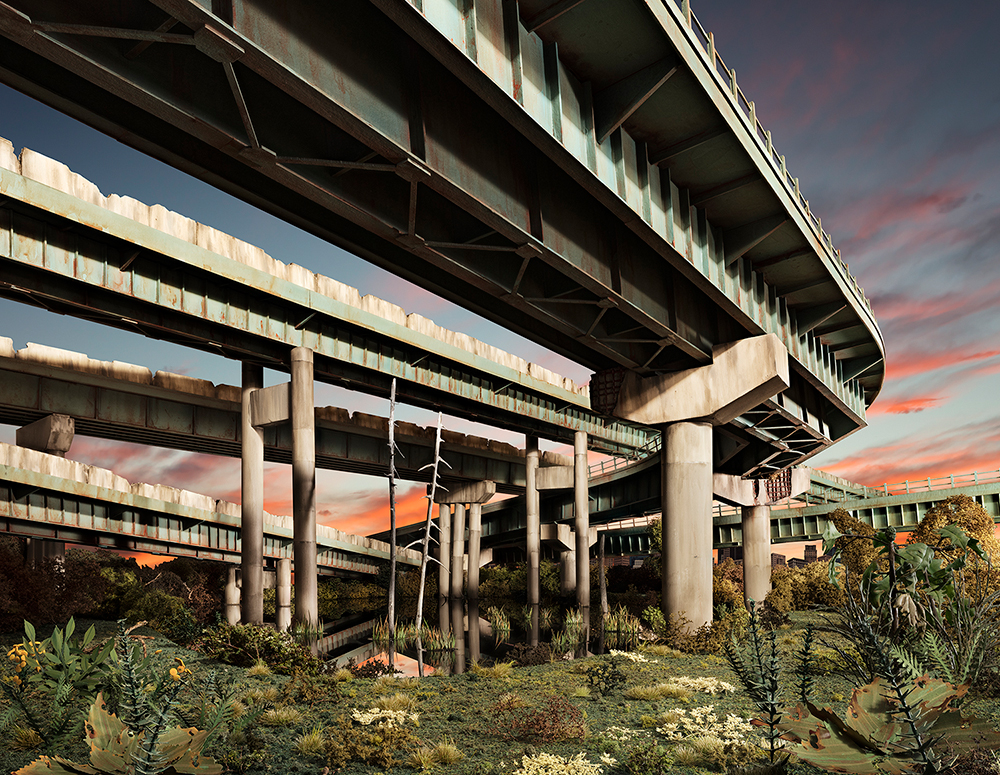 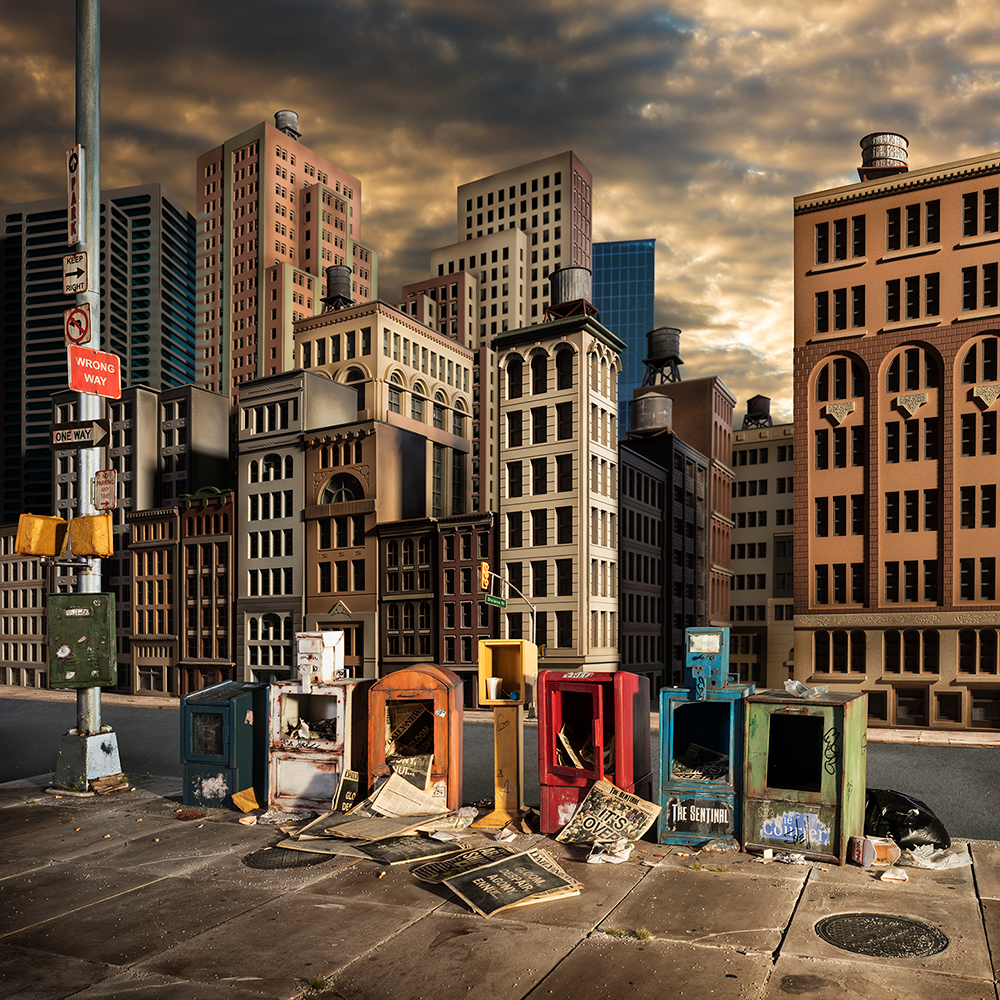 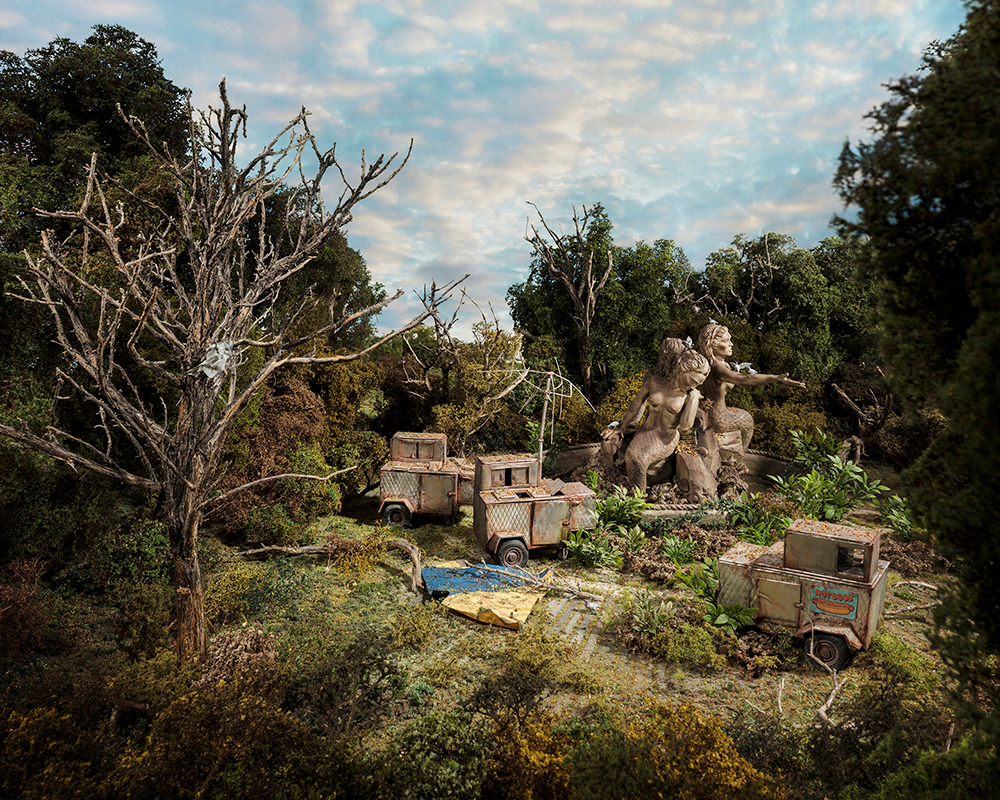 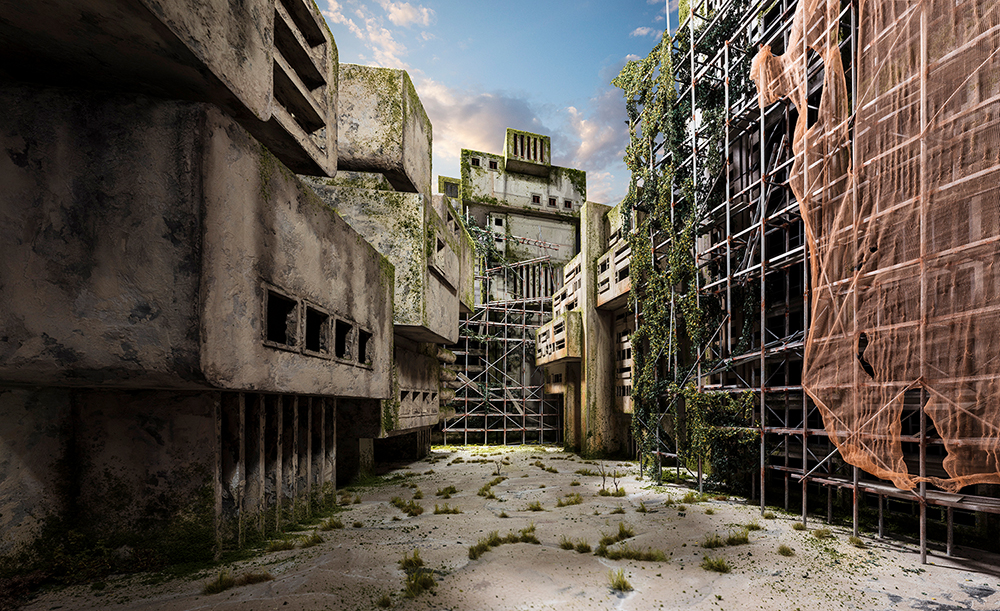