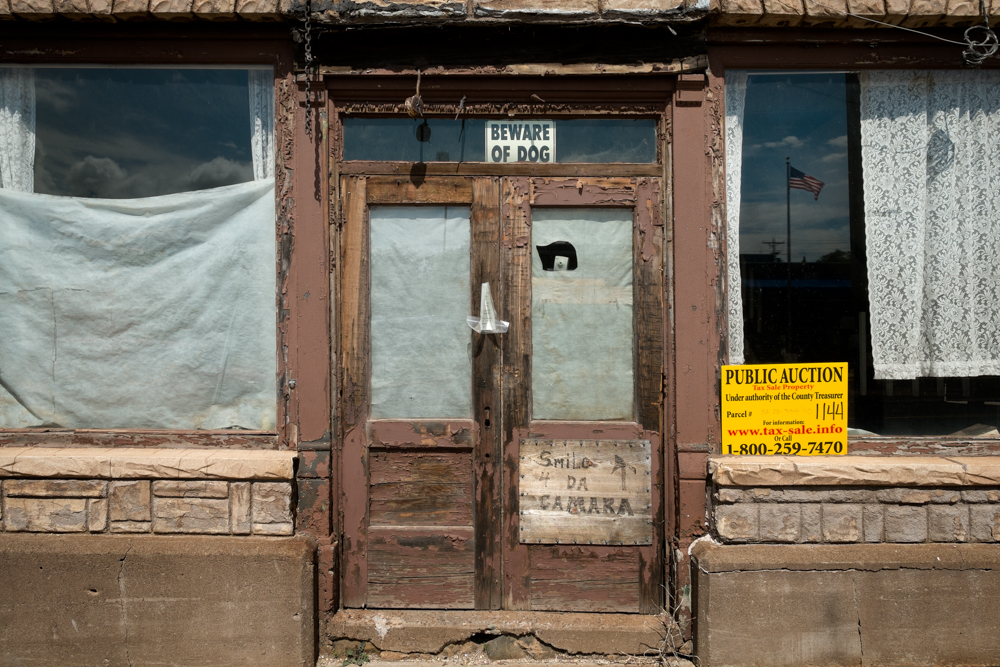 In 2019, photographer Carl Corey received a Guggenheim Fellow in Photography. I remember thinking that I wasn’t surprised by the news as Corey has had a long legacy of photographing America in a profoundly personal way, winning numerous awards for his work and books. He’s a master printer and brings a dedication and level of excellent to his craft.  Corey’s latest effort, the Strand – A Cultural Topography of the American Great Lakes, is a three year effort to photograph the 4,851 miles of shoreline of the American Great Lakes Strand. The book includes 114 color photographs with an introduction by Stephen Fleischman and 8.5 x 11 inch signed archival pigment print ~ 11429 • Bad Axe, Michigan. The Book Edition Limited to 500 copies. It can be ordered here.

The Strand is a series about a lifetime of looking, considering what is ordinary and sometimes unremarkable and reframing the subject matter so that we see it anew. Focusing upon the American Great Lakes secondary cities from Two Harbors, Minnesota to Rochester, New York this documentary investigates the current cultural and economic landscape with an eye towards the historical significance of the Great Lakes Strand. The results of our seeing are not always immediate as the eye traverses the his visual landscapes, landing on an element that cements the experience–an orange bucket that anchors a new swatch of concrete, a green garden hose that humanizes a home, but at the core of his photographs are a sense of past histories and a sense of quiet humanity. Corey documents the past and the present all co-mingled with time passing. 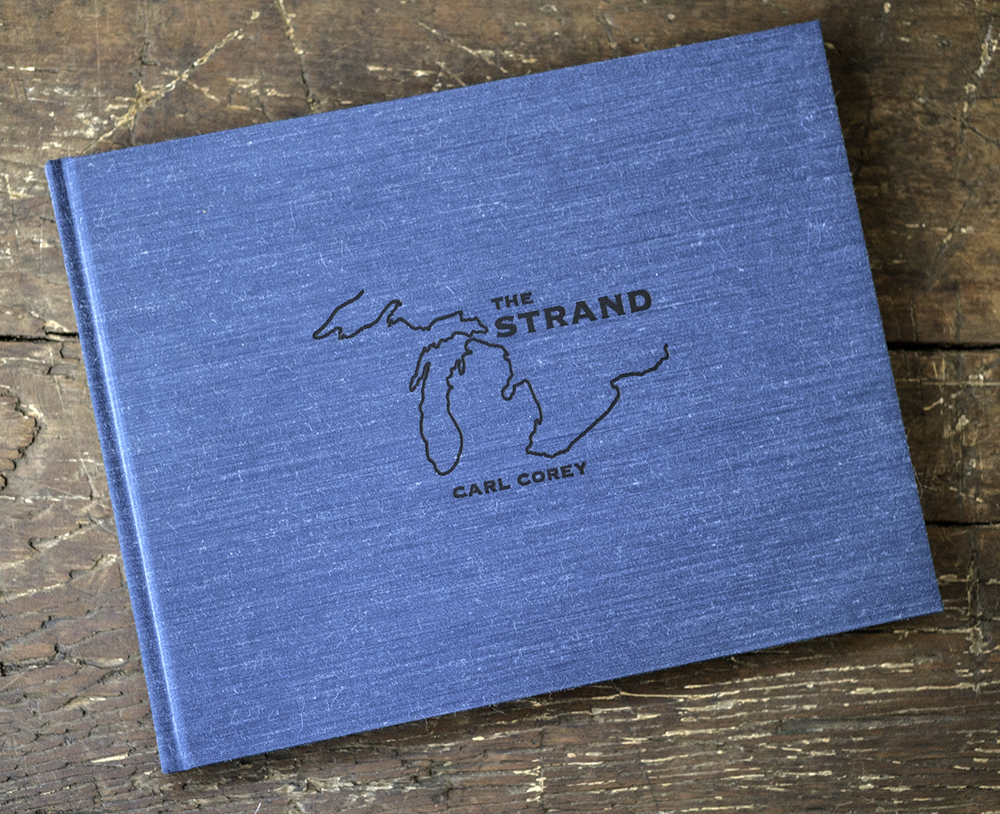 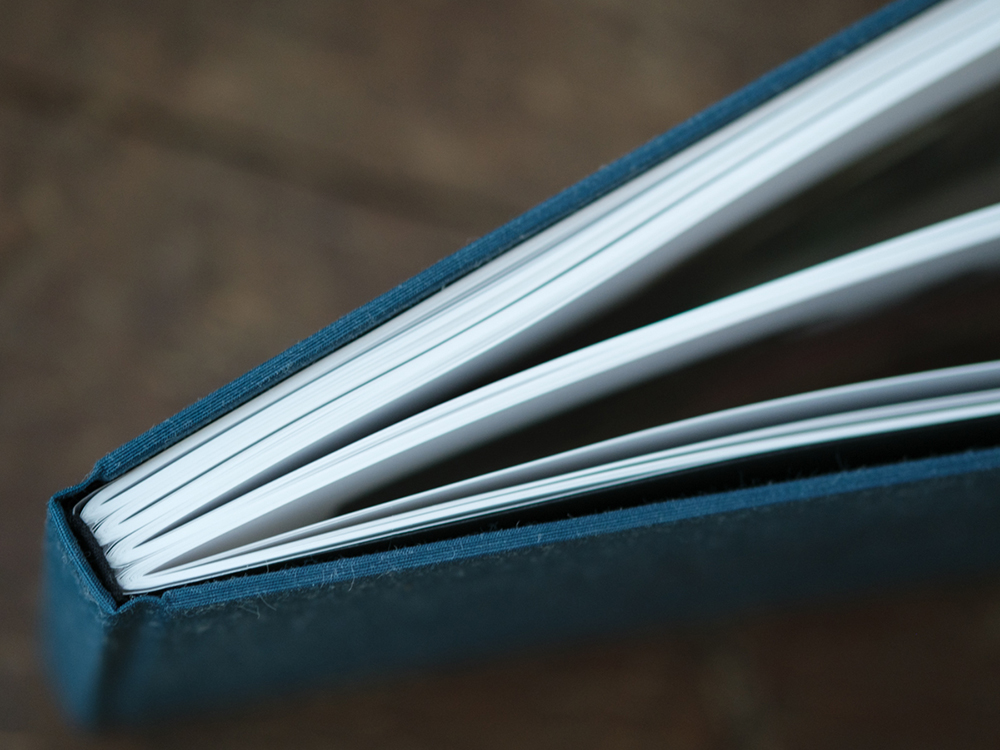 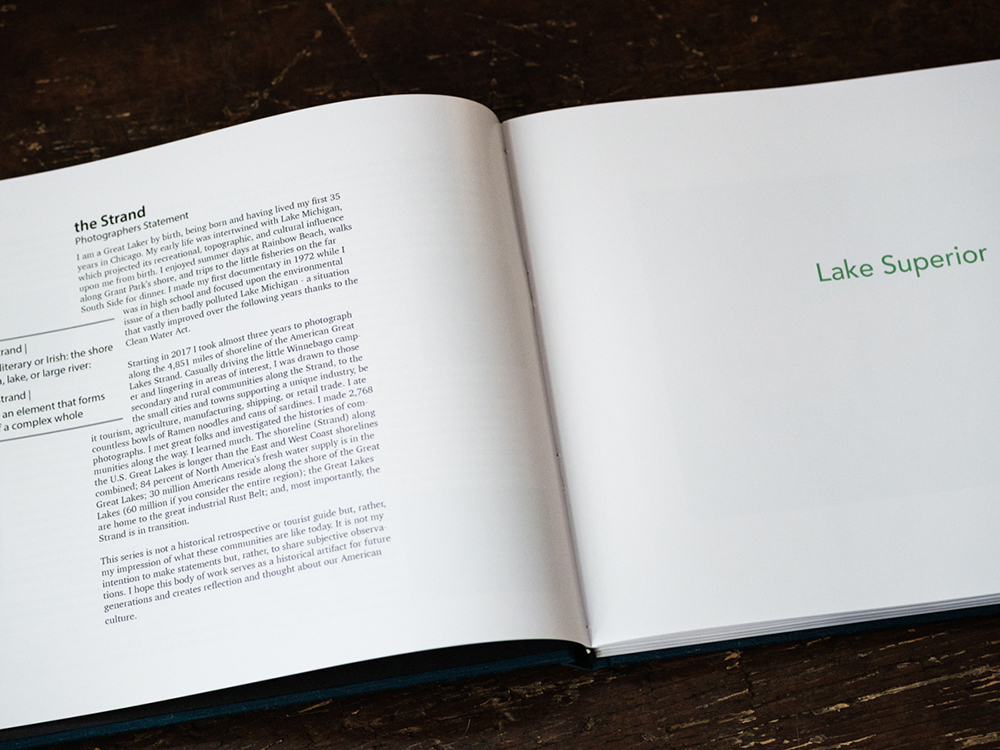 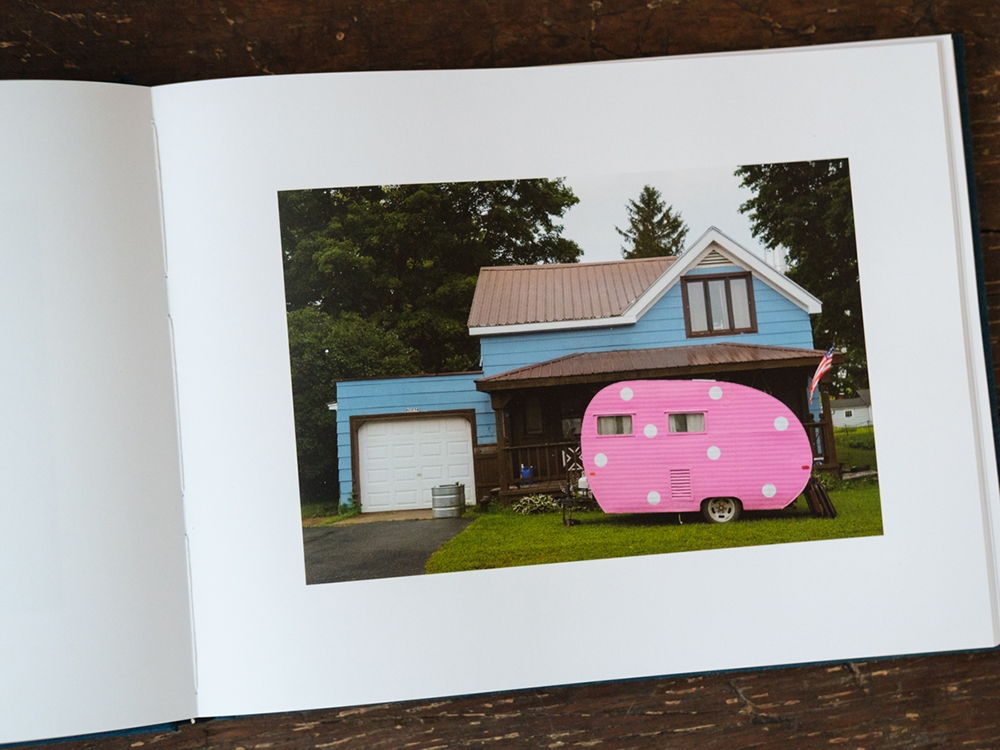 Corey’s photographs have been the subject of three monographs including The Tavern League: A Portrait of the Wisconsin Tavern (The Wisconsin Historical Society Press, 2011), and Rancher (Bunker Hill / GalleryPrint, 2007) and For Love and Money: A Portrait of the Family Business (WHS Press, 2014). He is a featured photographer in Contemporary Photography in New York City, edited by Marla Hamburg Kennedy (Rizzoli, 2011). His current Book “ The Strand ” ~ A Cultural Topography of the American Great Lakes, is now available in an archival hand bound edition of 500. ©carlcoreyphotographer 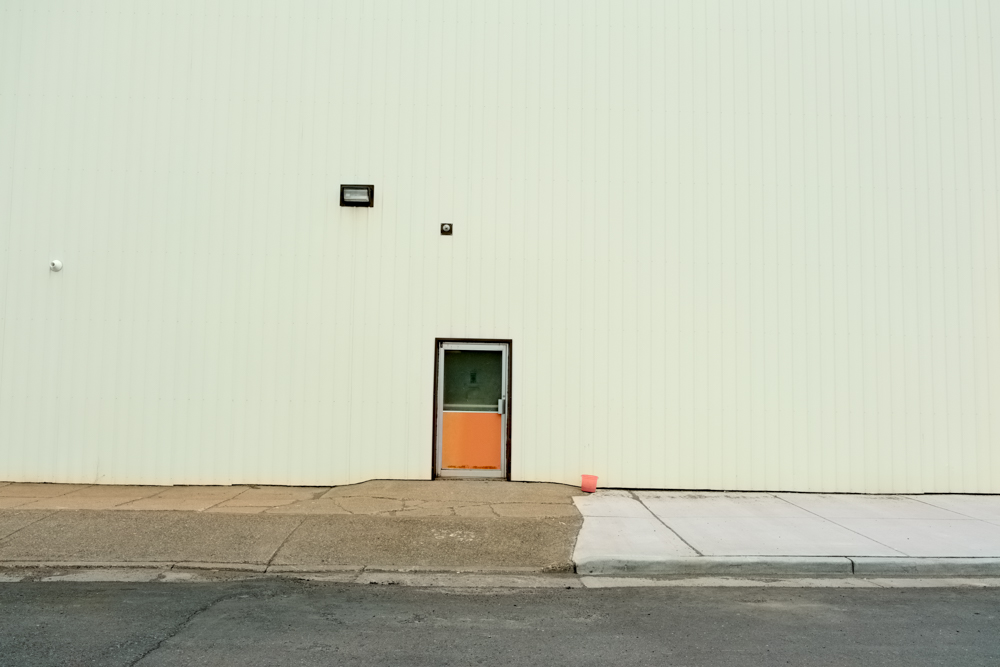 noun – literary or Irish: the shore of a sea, lake, or large river:

noun – an element that forms part of a complex whole

I am a Great Laker by birth, being born and having lived my first 35 years in Chicago. My early life was intertwined with Lake Michigan, which projected its recreational, topographic, and cultural influence upon me from birth. I enjoyed summer days at Rainbow Beach, walks along Grant Park’s shore, and trips to the little fisheries on the far South Side for dinner. I made my first documentary in 1972 while I was in high school and focused upon the environmental issue of a then badly polluted Lake Michigan – a situation that vastly improved over the following years thanks to the Clean Water Act.

Starting in 2017 I took almost three years to photograph along the 4,851 miles of shoreline of the American Great Lakes Strand. Casually driving the little Winnebago camper and lingering in areas of interest, I was drawn to those secondary and rural communities along the Strand, to the small cities and towns supporting a unique industry, be it tourism, agriculture, manufacturing, shipping, or retail trade. I ate countless bowls of Ramen noodles and cans of sardines. I made 2,768 photographs. I met great folks and investigated the histories of communities along the way. I learned much. The shoreline (Strand) along the U.S. Great Lakes is longer than the East and West Coast shorelines combined; 84 percent of North America’s fresh water supply is in the Great Lakes; 30 million Americans reside along the shore of the Great Lakes (60 million if you consider the entire region); the Great Lakes are home to the great industrial Rust Belt; and, most importantly, the Strand is in transition.

This series is not a historical retrospective or tourist guide but, rather, my impression of what these communities are like today. It is not my intention to make statements but, rather, to share subjective observations. I hope this body of work serves as a historical artifact for future generations and creates reflection and thought about our American culture. – Carl Corey 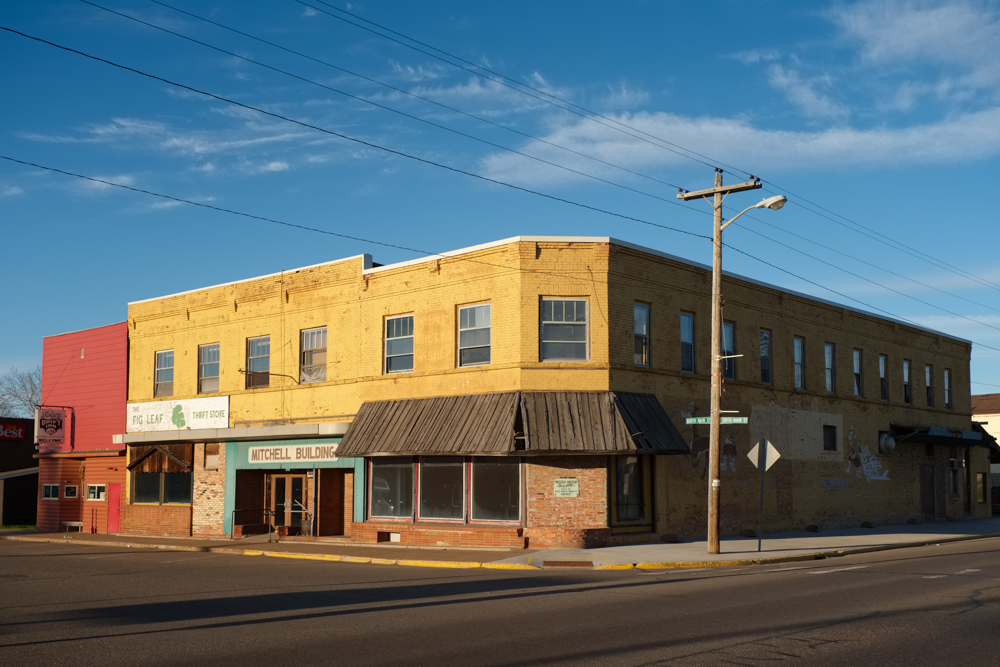 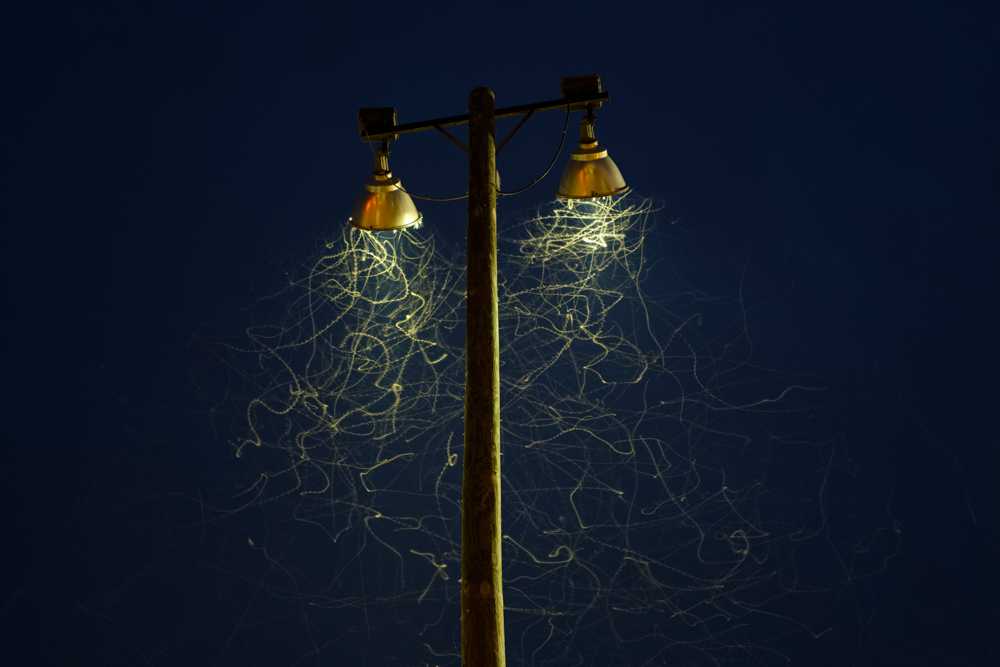 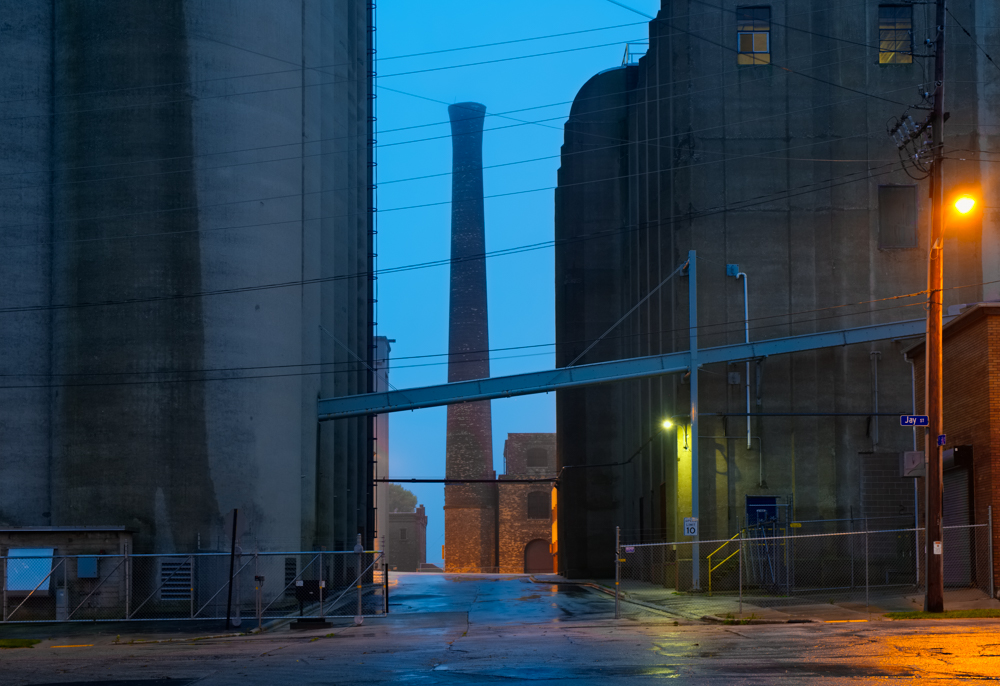 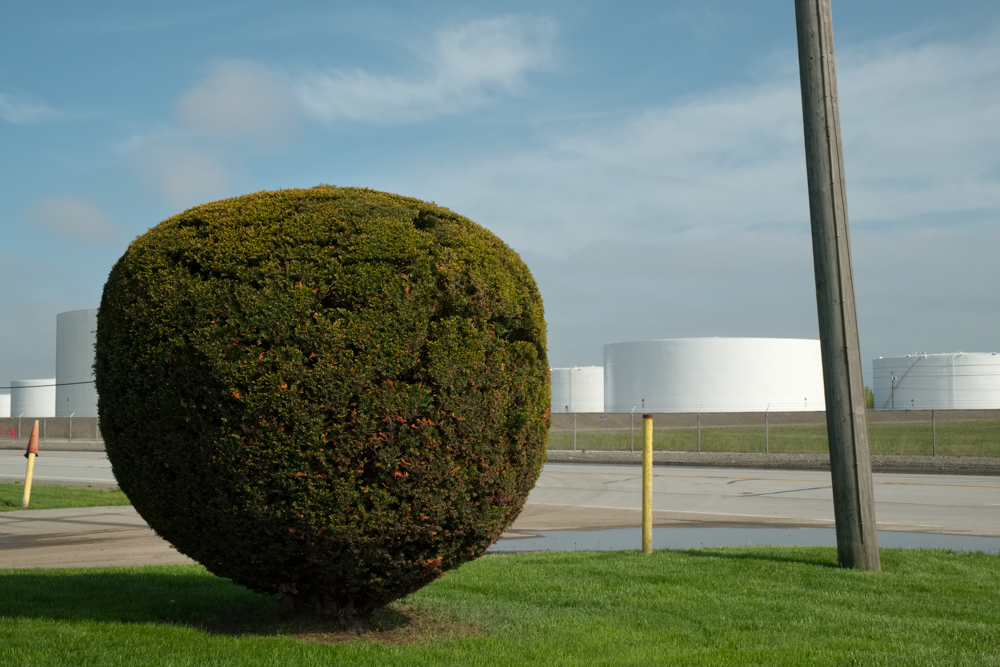 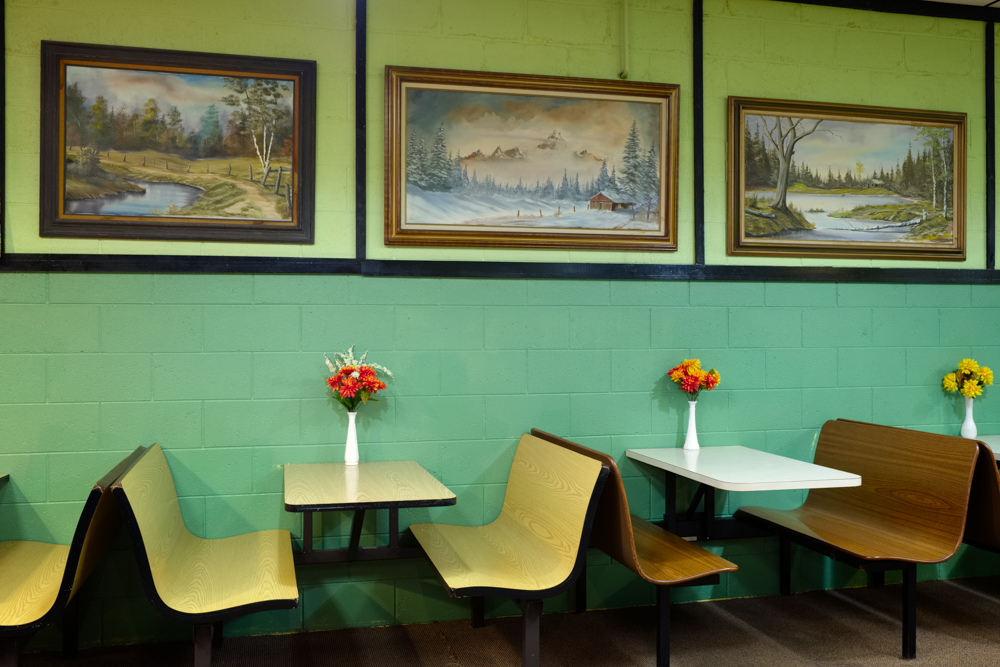 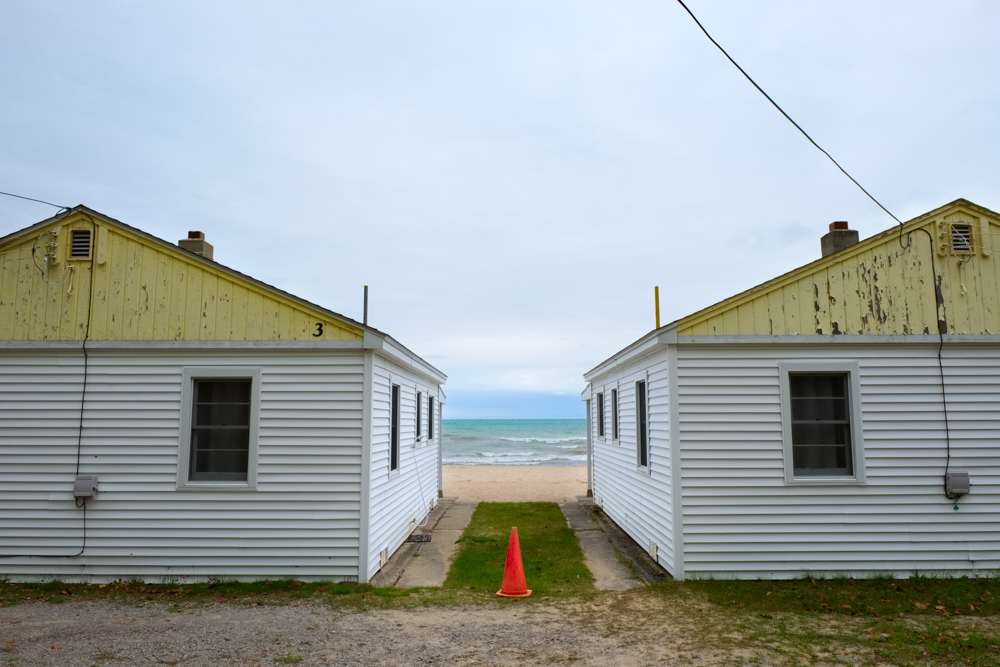 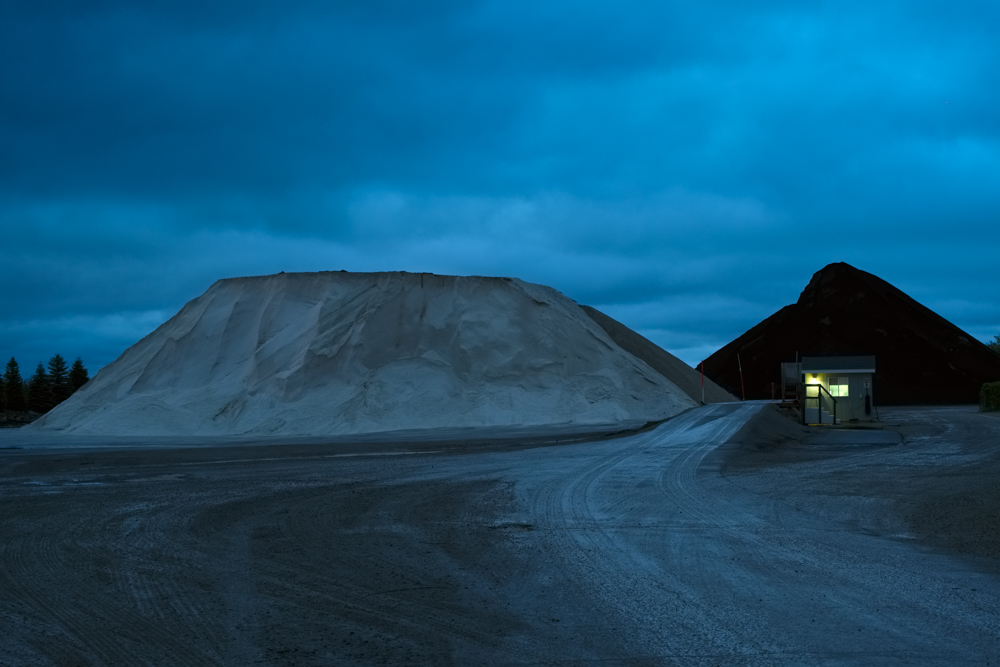 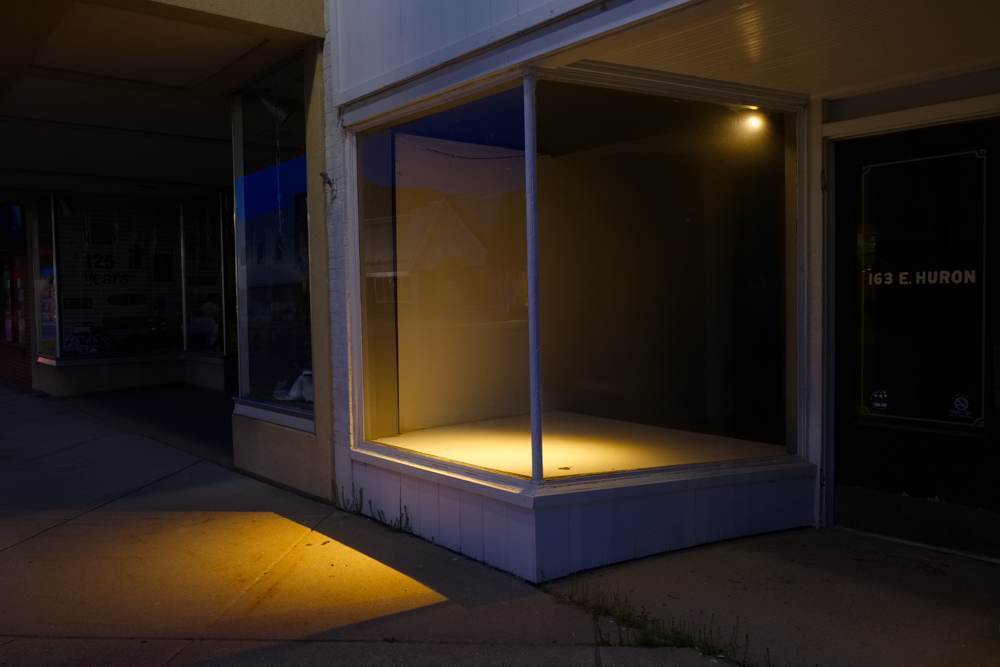 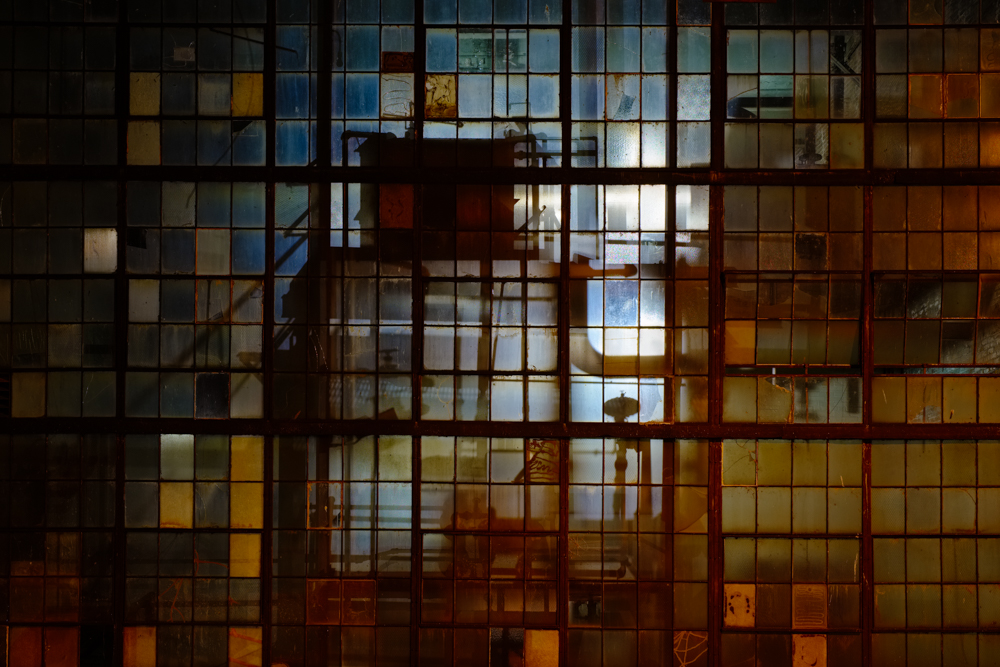 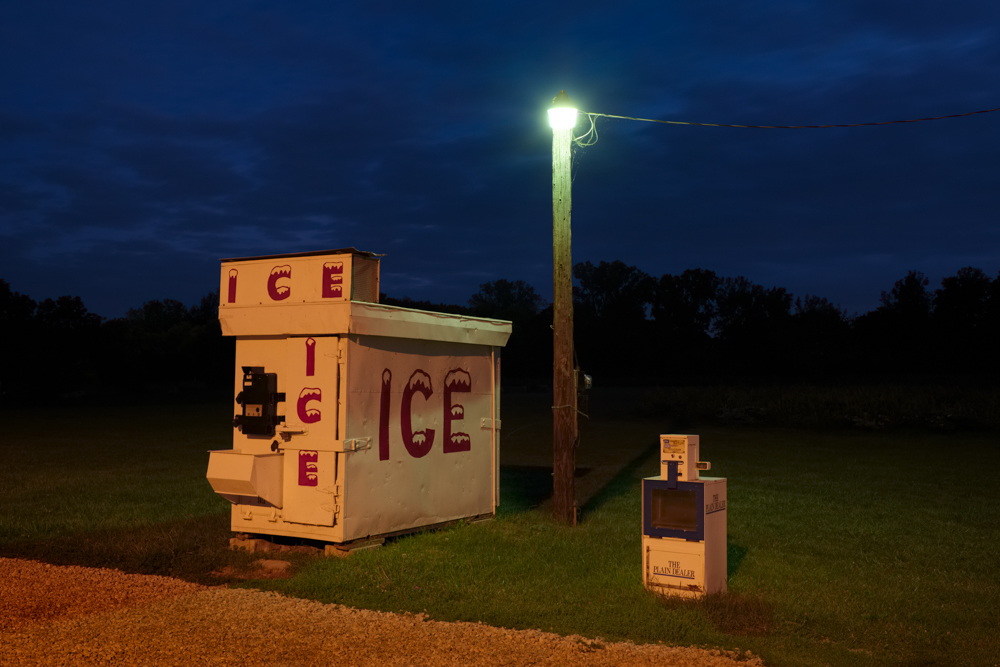 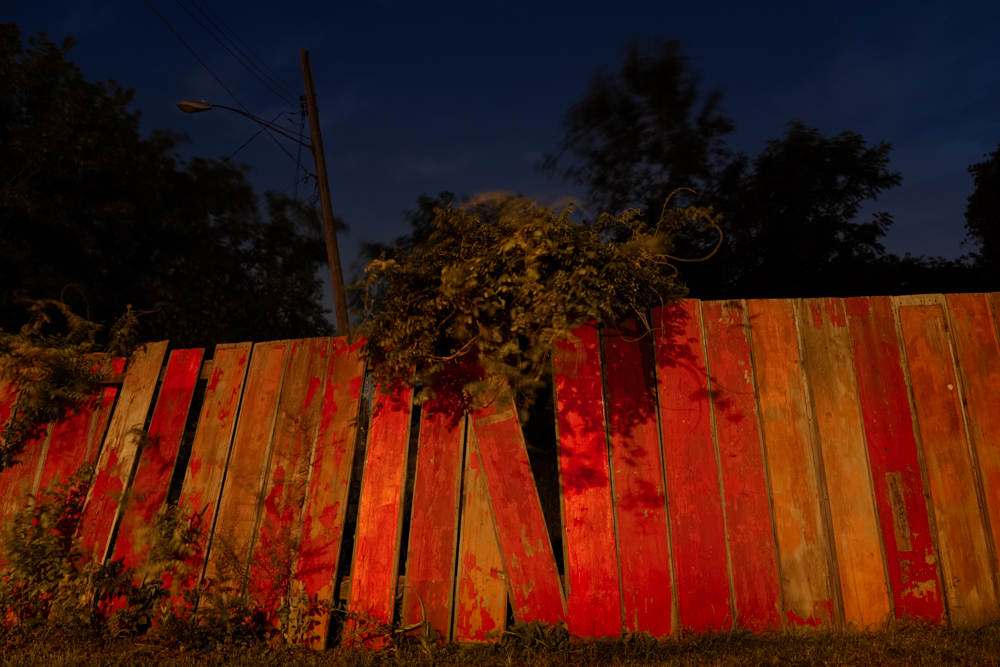 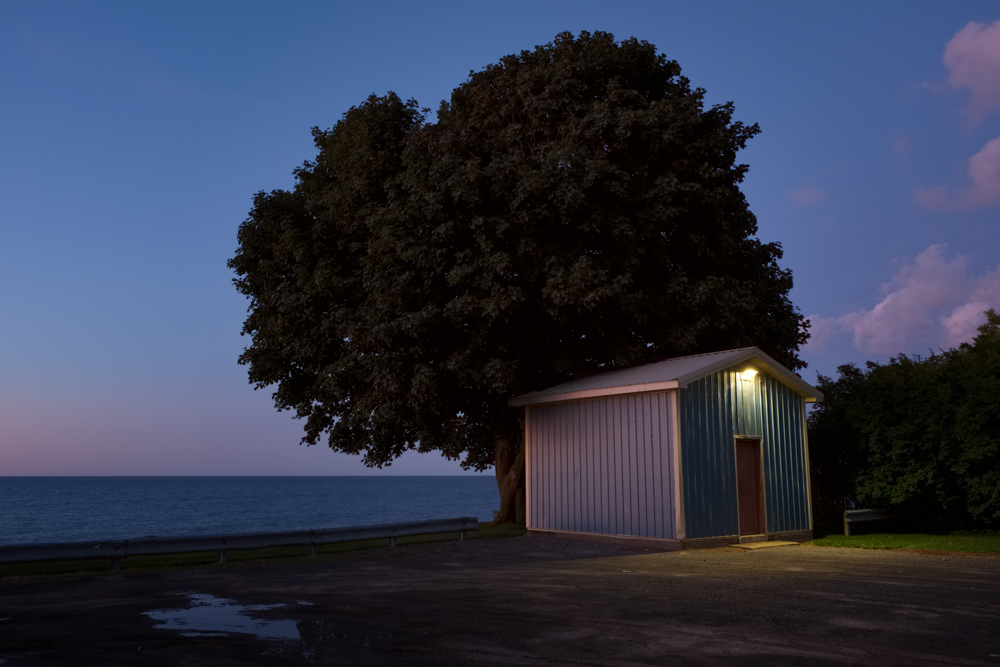 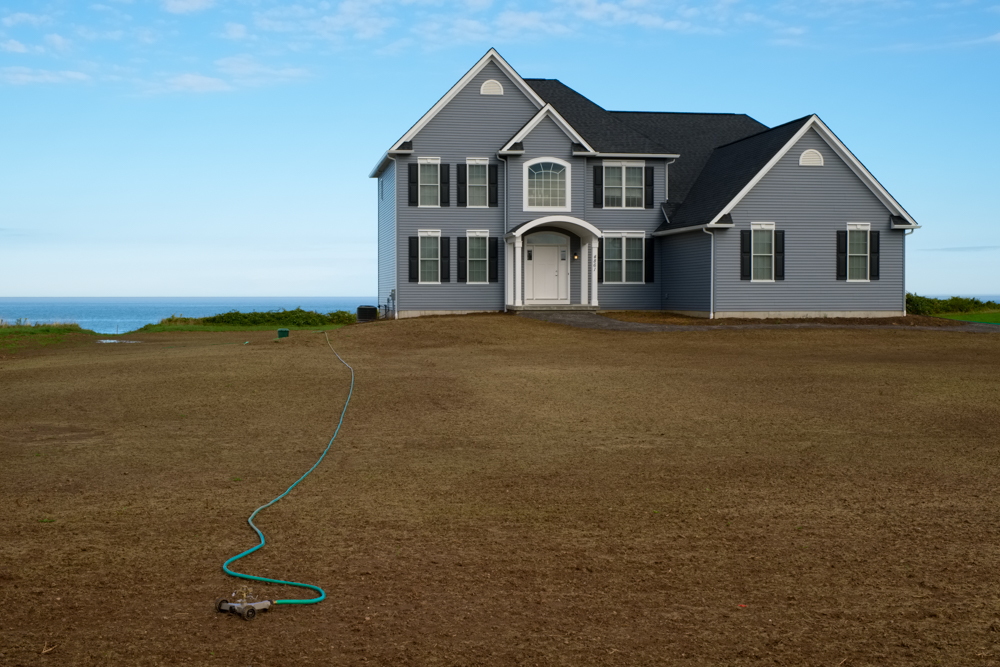