Andy Freeberg should have been a major league baseball player as his projects hit home run after home run.  His new project, Art Fare, just rounded the corner and crossed home base, again. And he’s just opened an exhibition of Art Fare at the Paul Kopeikin Gallery in Los Angeles which will run through October 27th.

Born in NYC, Andy was an early observer of a sophisticated city culture and after college in Michigan, began a professional photography career in New York taking portraits for such publications as The Village Voice, Rolling Stone, Time, and Fortune, photographing the likes of Michael Jackson, Bill Gates, and Neil Young. I think being a native New Yorker cultivates a wry and subtlety pointed way of looking at the world, kind of like the cool guy at the party who holds back and observes the drunken dance floor, with a smirk and a knowing. 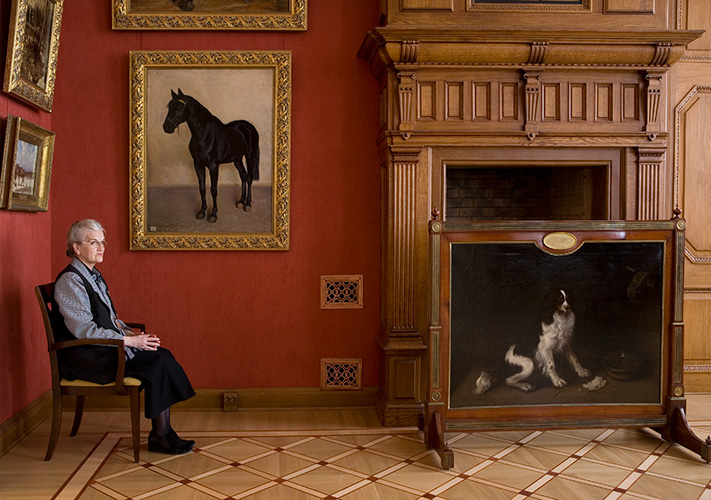 Stroganov Palace, Russian State Museum, from Guardians
Andy has been fascinated with the gallery and museum worlds for a long time and often turns his camera on the dealers, gallery patrons, artists, museum guards, and their interplay with the works of art themselves. His project Guardians, about the women that guard the art in Russian museums, won Photolucida’s Critical Mass book award and was published in 2010. One of my favorite series, Sentry, takes a look at galleristas that stand guard at the reception desks in the world of Chelsea galleries in NYC. 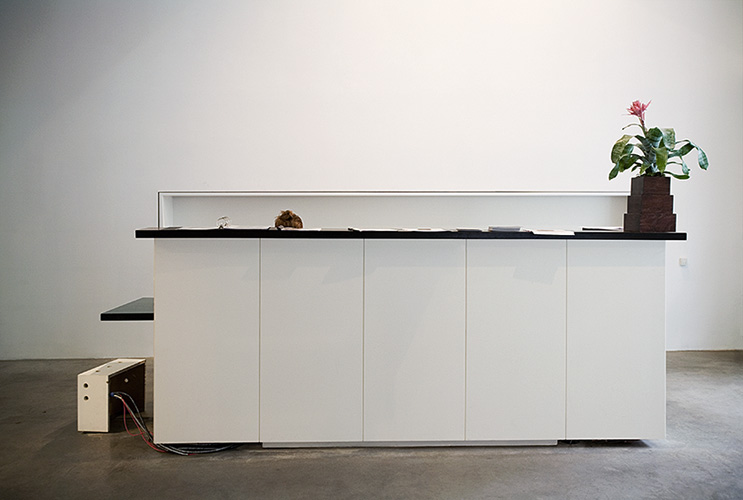 Art Fare: Gallery owners and their staff are usually hidden behind large entry desks and closed office doors. But at the major art fairs I’ve visited, like New York’s Armory Show and Art Basel in Miami and Switzerland, they’re in plain view in their booths. As if on stage, you can see art dealers meeting with collectors, selling and negotiating, talking on cell phones, working on laptops, and manipulating touch screens in 21st century postures newly adapted for the latest electronic devices. I found the lighting, costumes, and set design excellent for photographing these living dioramas, where the art world plays itself. 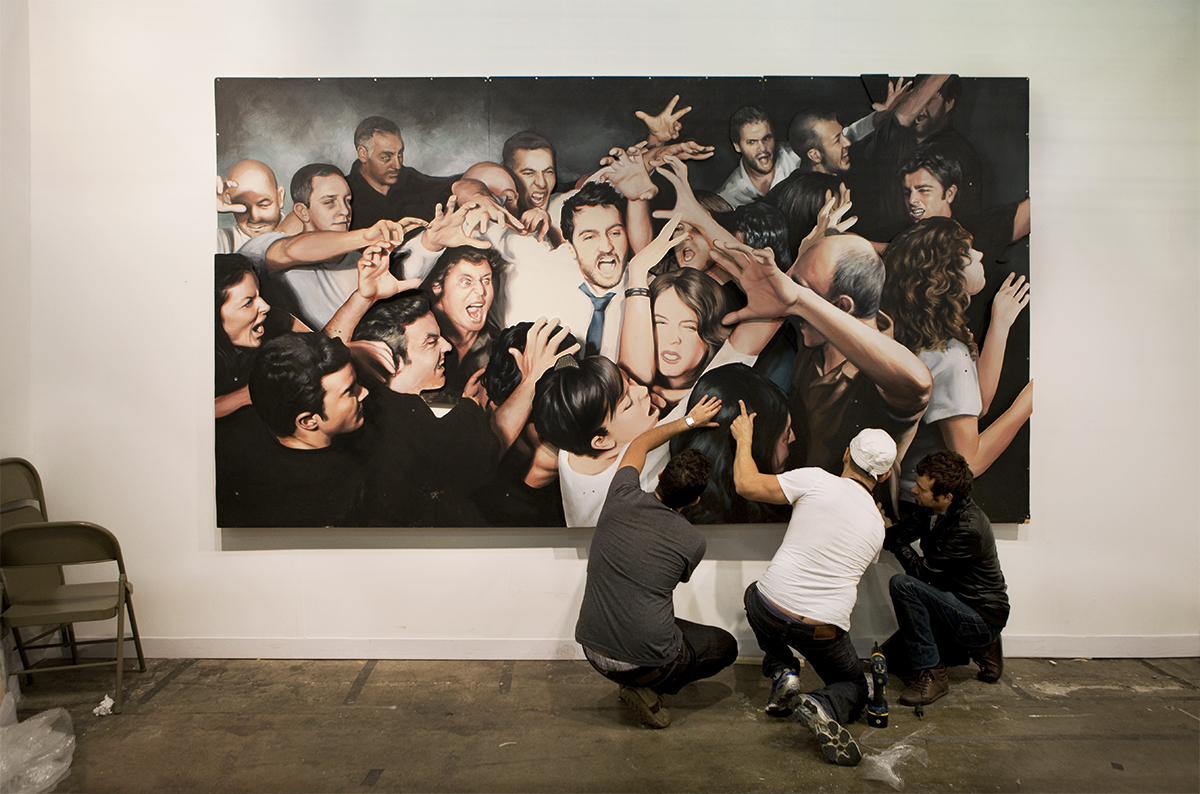 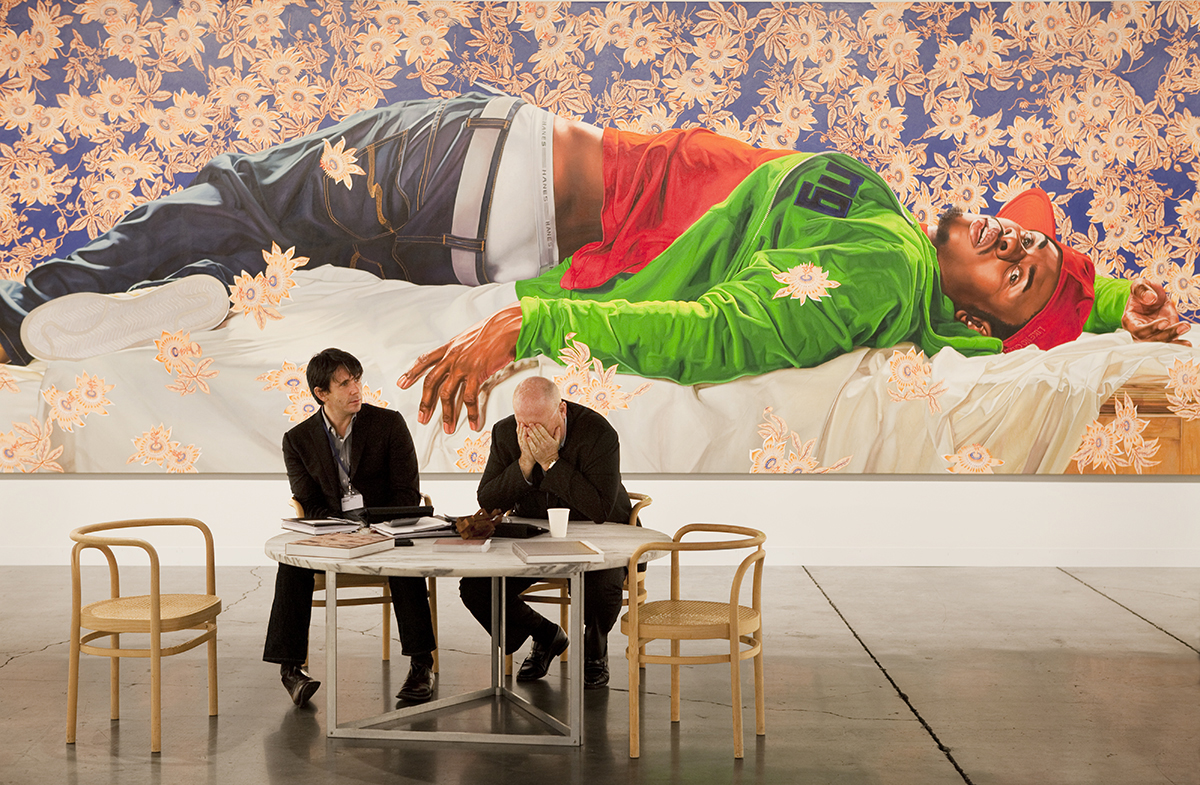 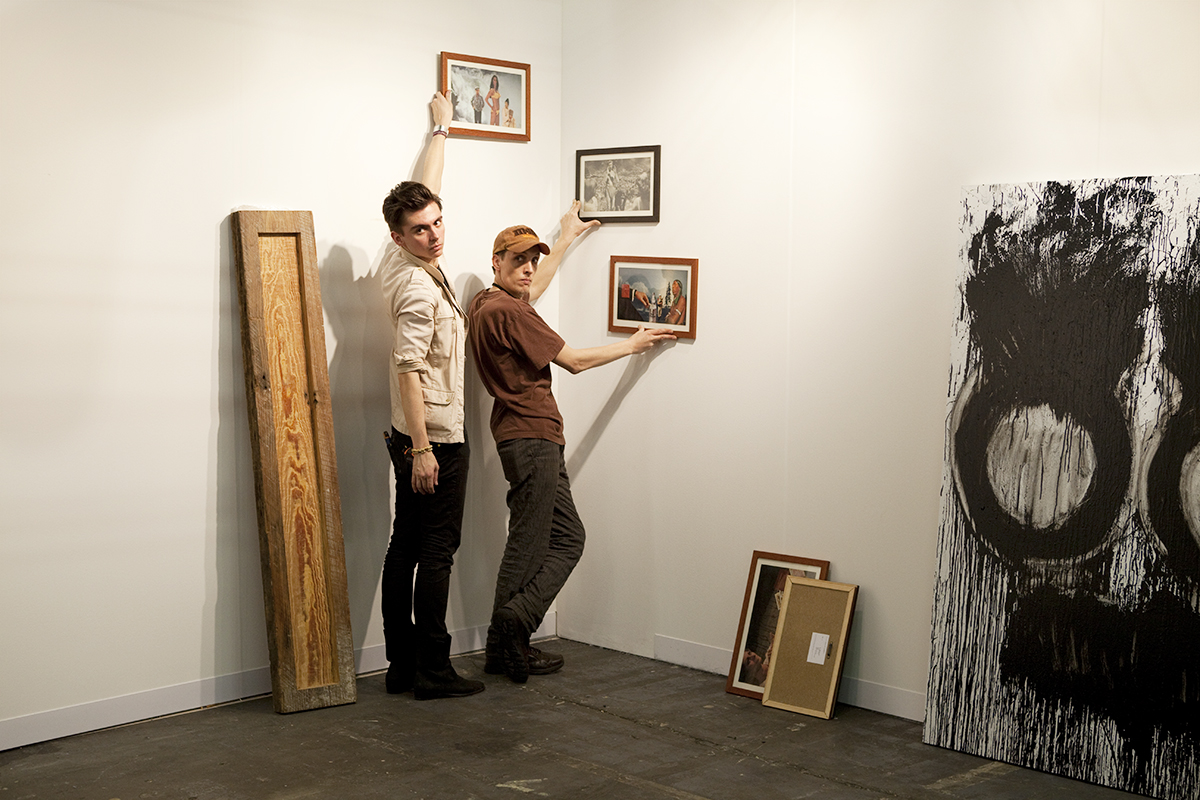 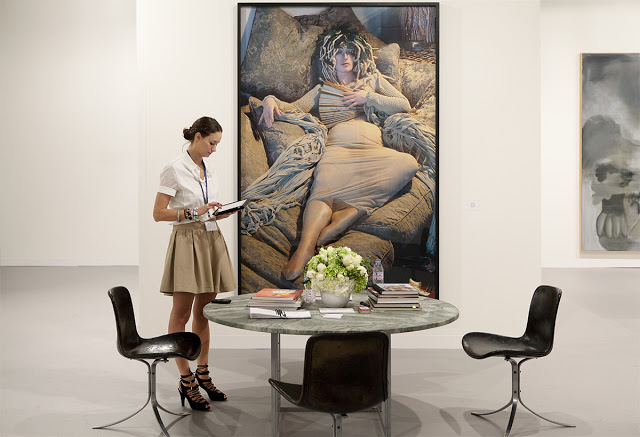 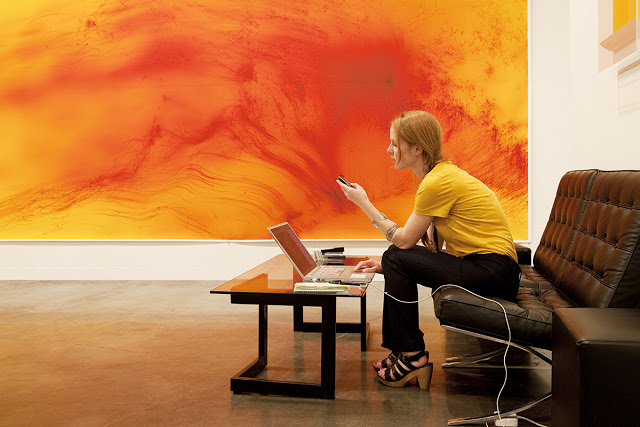 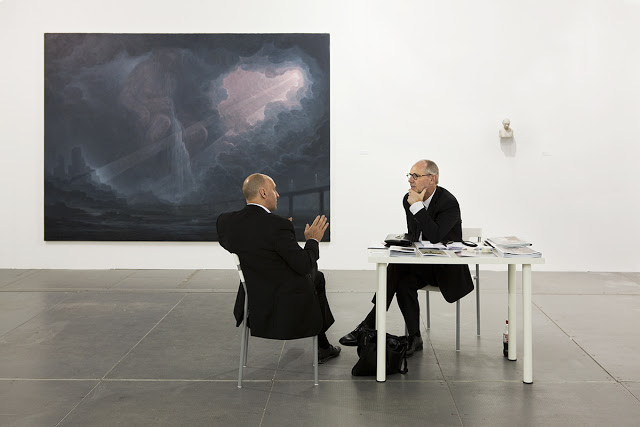 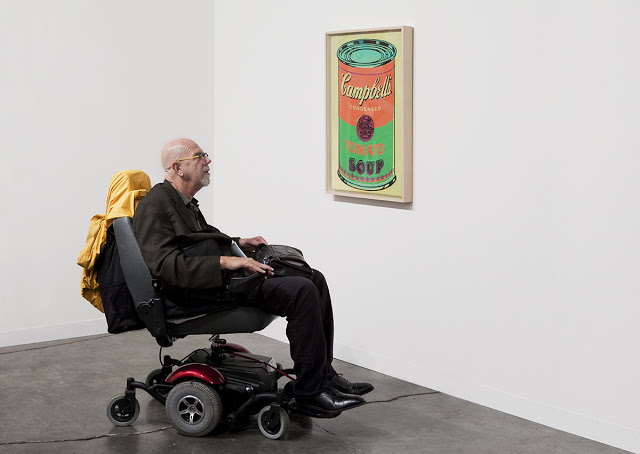 Chuck and Andy at Gagosian 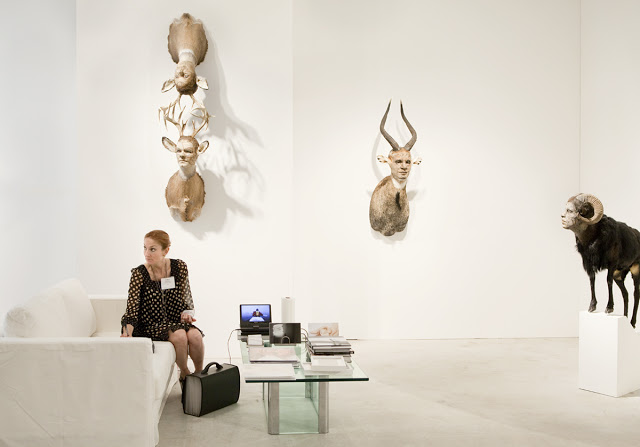 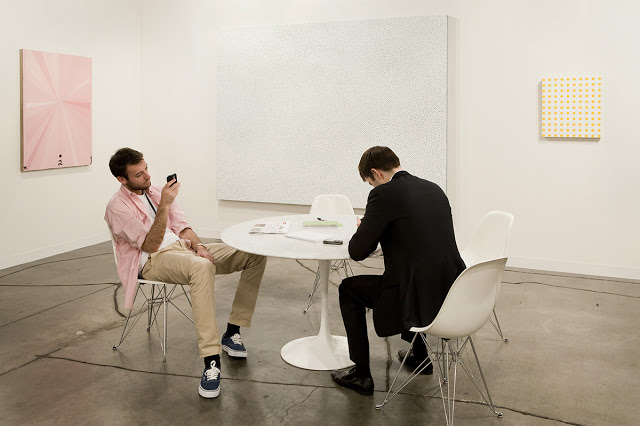 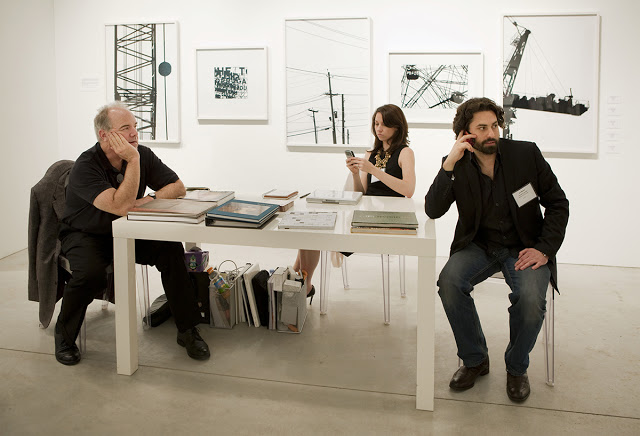 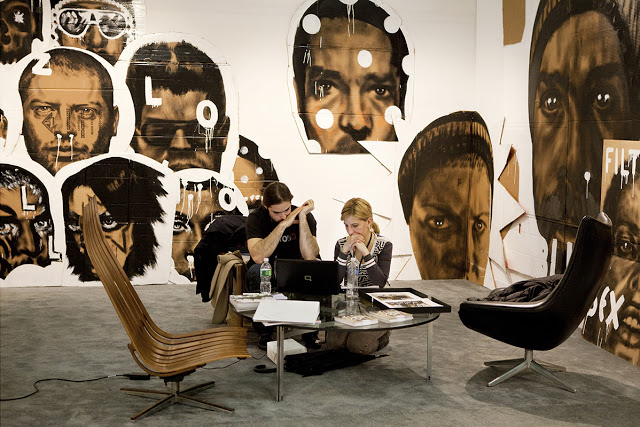 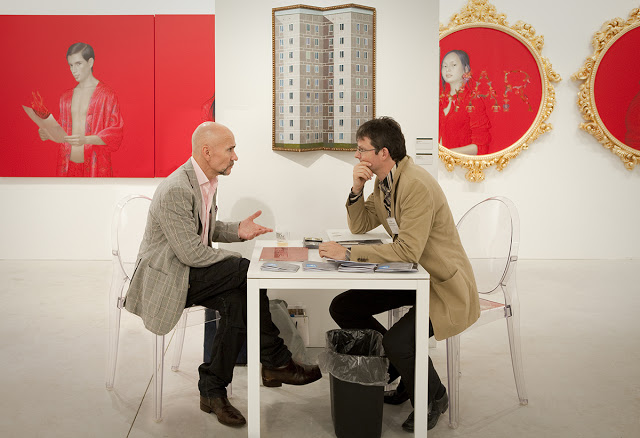 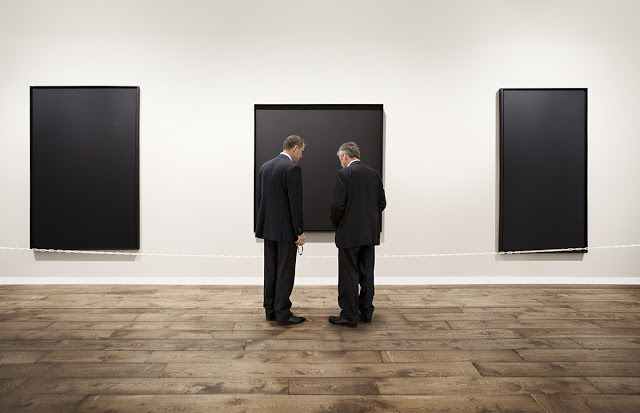 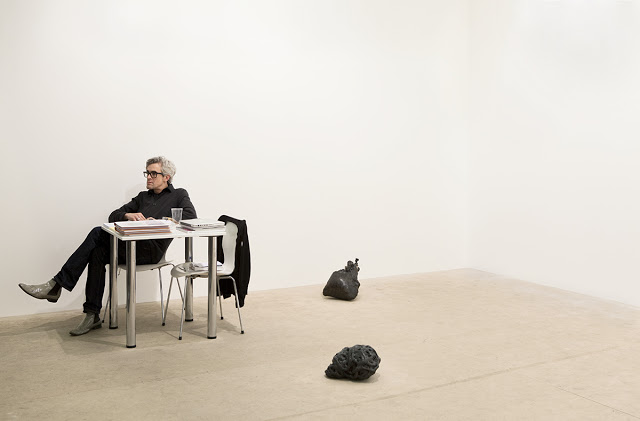 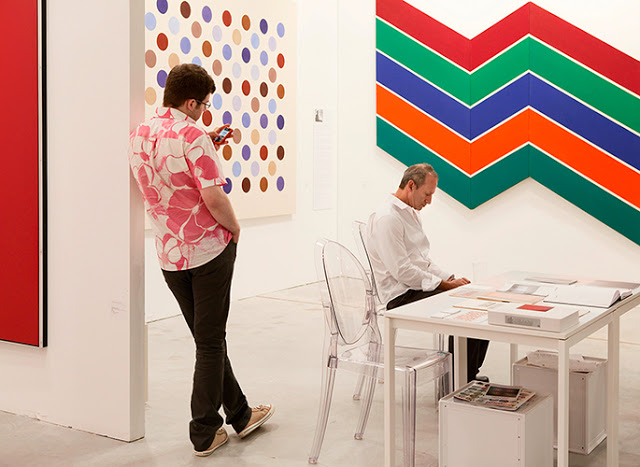 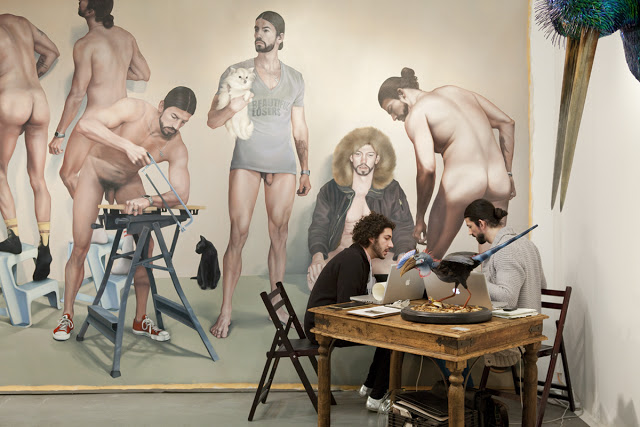