You have to have been living under a rock if you aren’t familiar with the work of Liu Bolin….or perhaps Liu Bolin is under a rock and you haven’t noticed.  Galerie Paris-Beijing is exhibiting a retrospective of his work that opened March 7 and runs through May 11th, 2013 at the Paris-Beijing Gallery in Brussels.
“I decided to melt into the environment.  Some will say that I disappear into the background; I would say that it’s the environment that has taken a hold of me.” 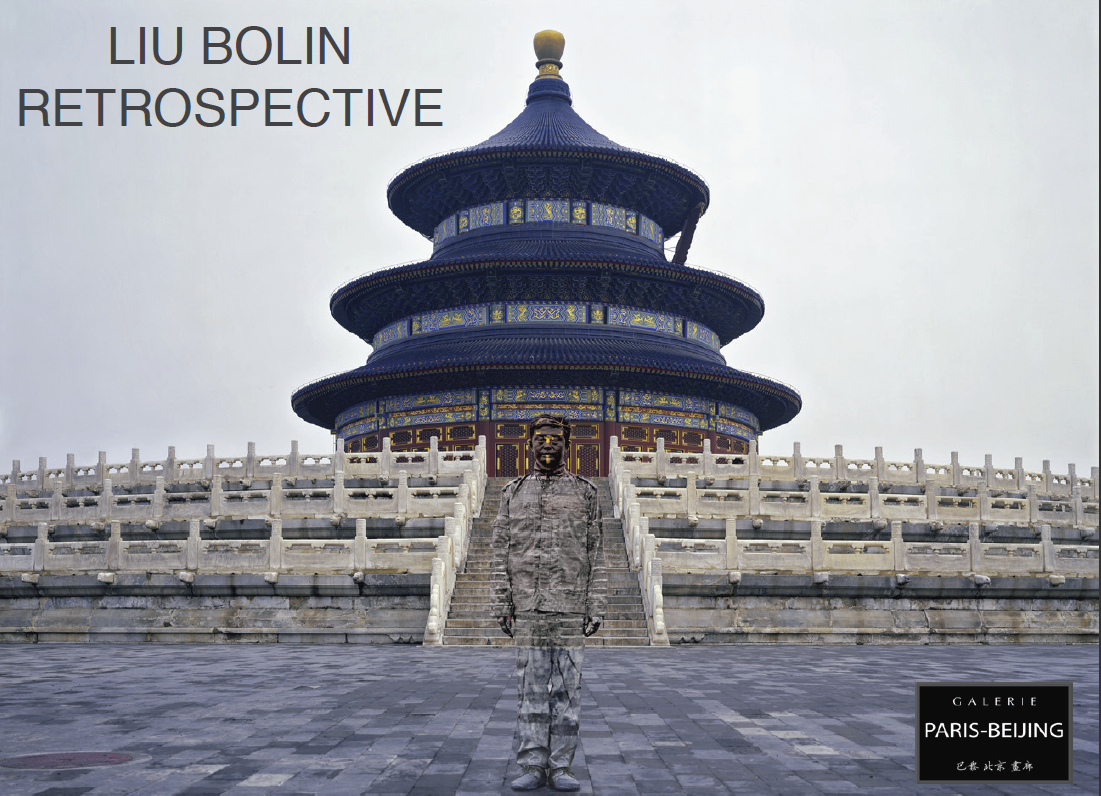 The work featured below is from Liu Bolin’s series Hide in the City made in Paris, China, and Italy. He created his first photographic series in 2005 while his studio was destroyed during the demolition of Suojia village by the government. Moved by the injustice, he became aware of the human fragility confronted to the system.

Liu Bolin uses his body as a medium of expression, blending into the environment like a chameleon. Helped by his assistants, he stands still for hours in a landscape while they are painting on him to create a camouflage. This action of vanishing generates a tragic and difficult dialogue between the subject and his environment. His series, Hide in the City is a deep and sensitive reflection on the human condition. “My intention was not to disappear in the environment but instead to let the environment take possession of me.”
images from Hide in the City 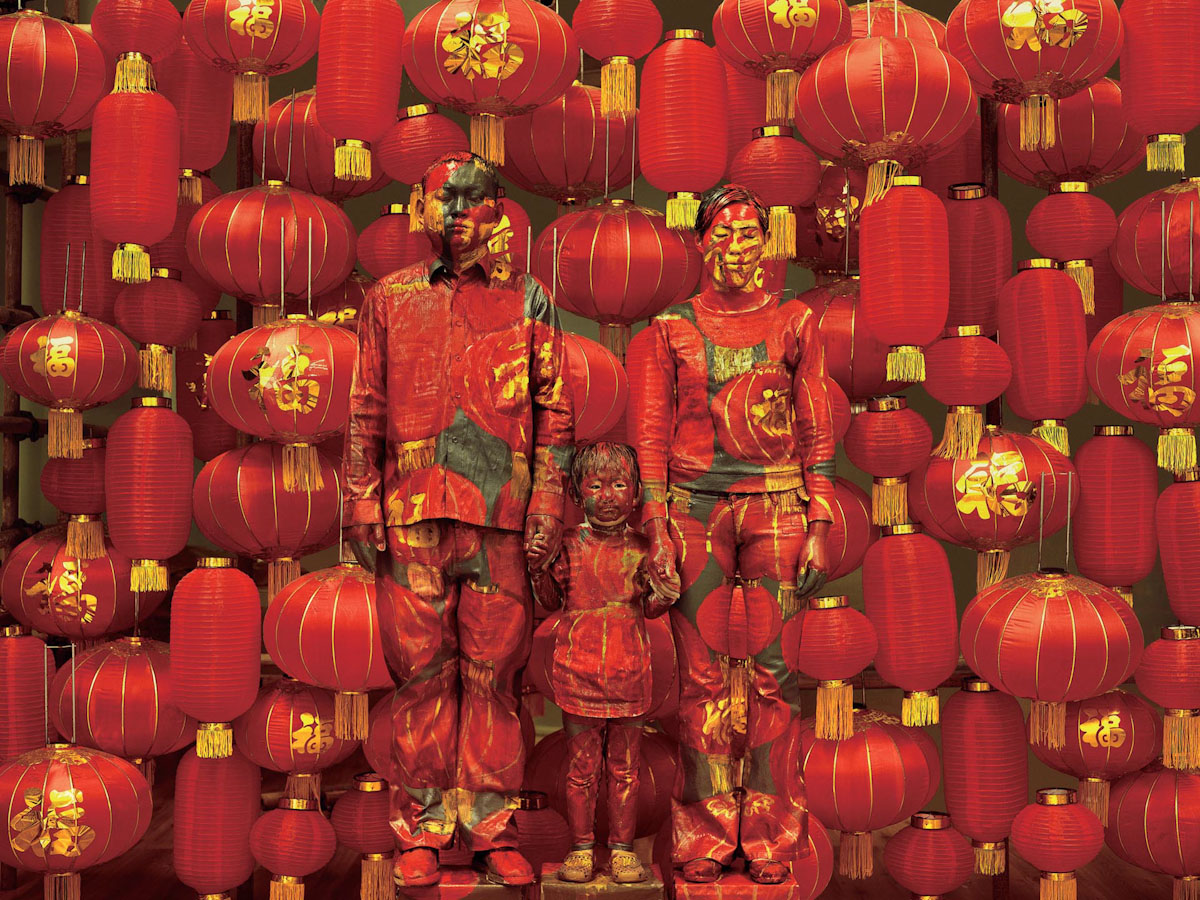 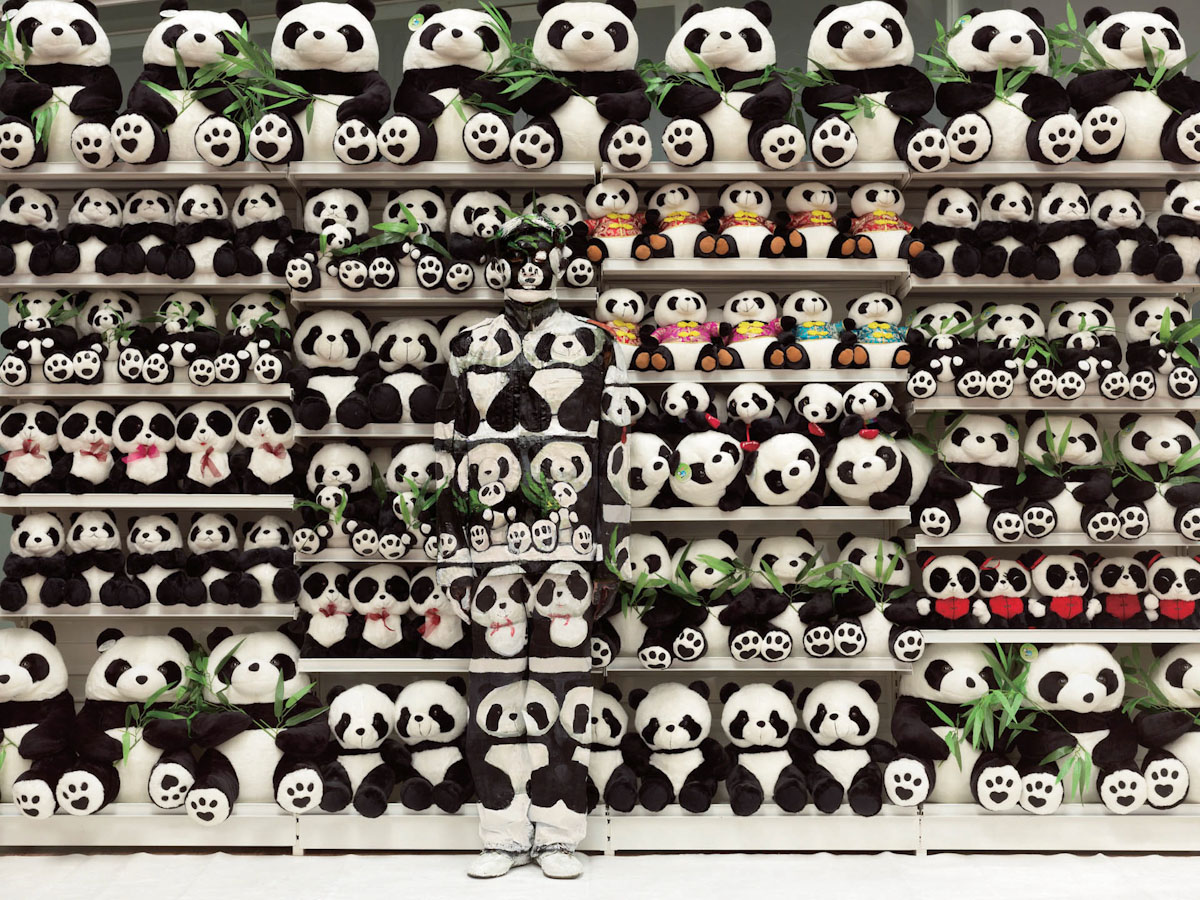 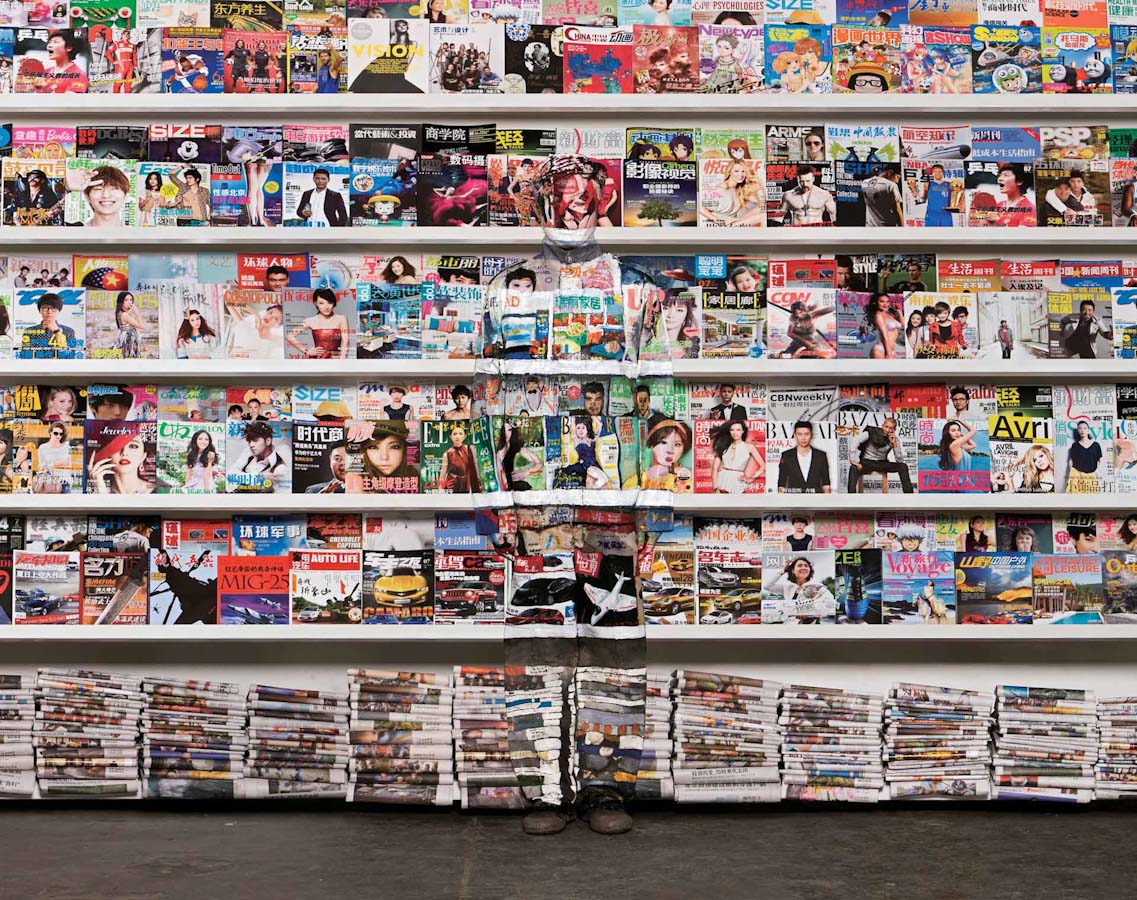 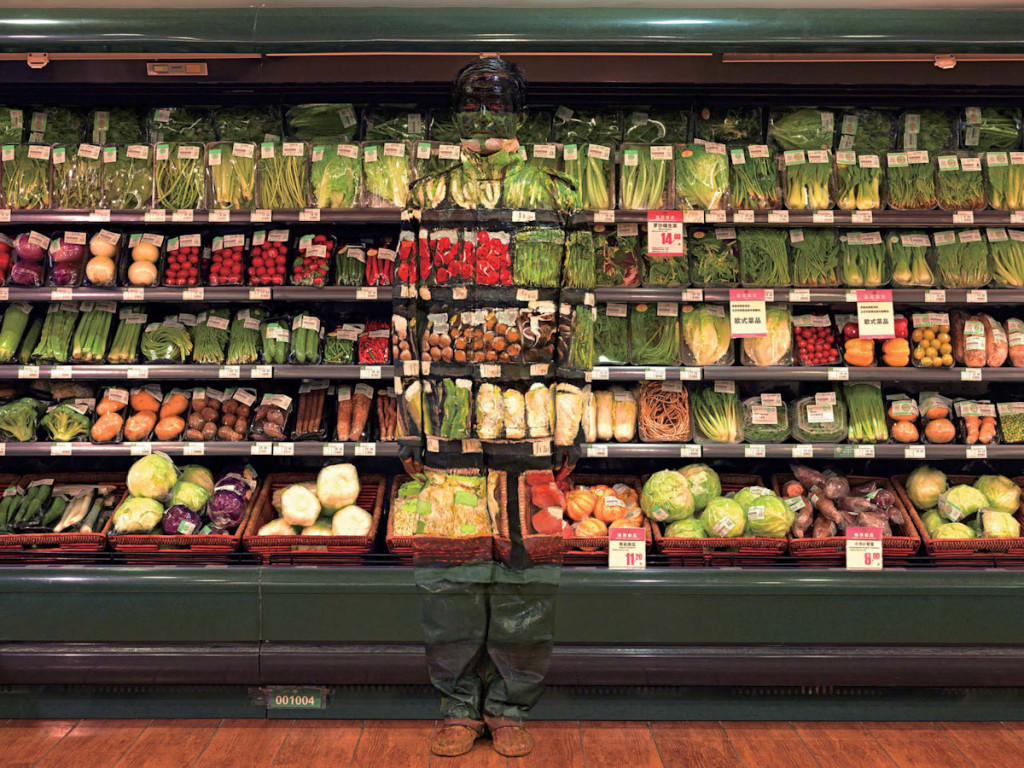 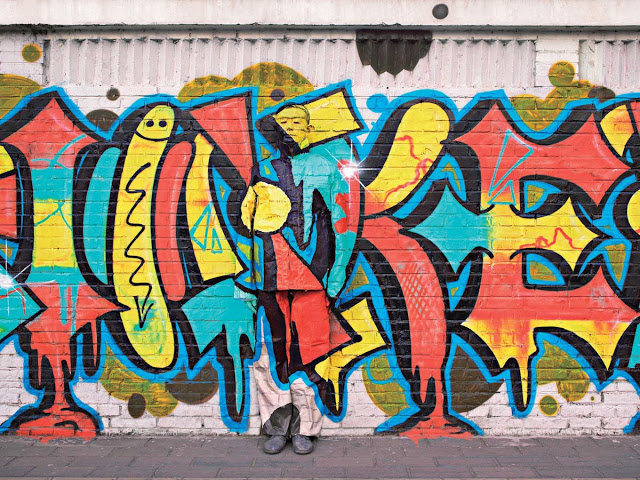 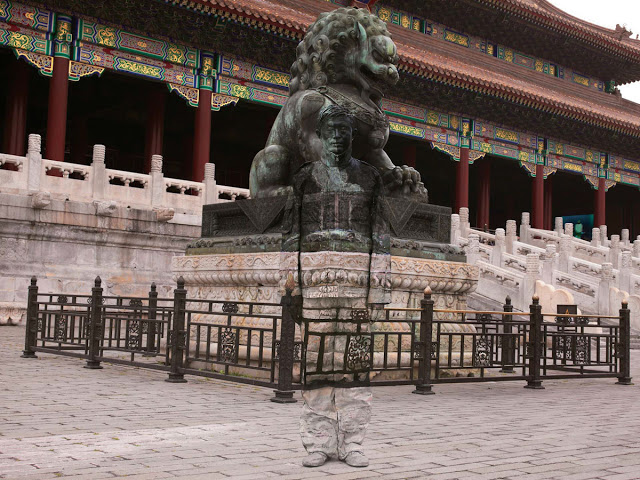 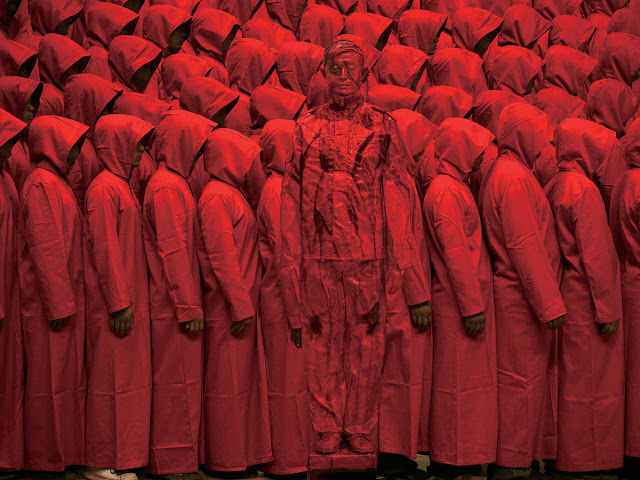 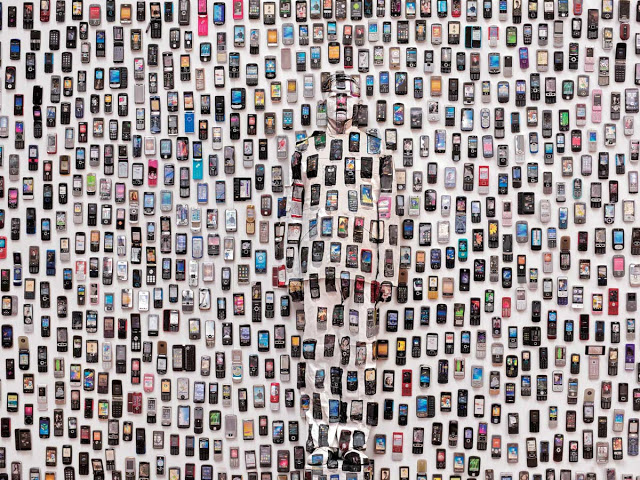 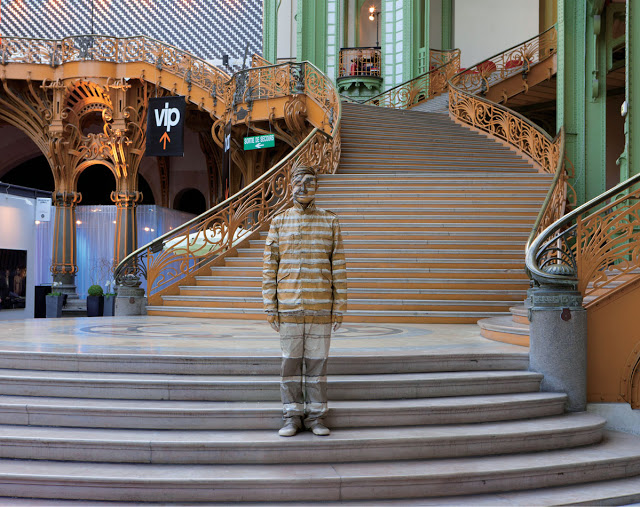 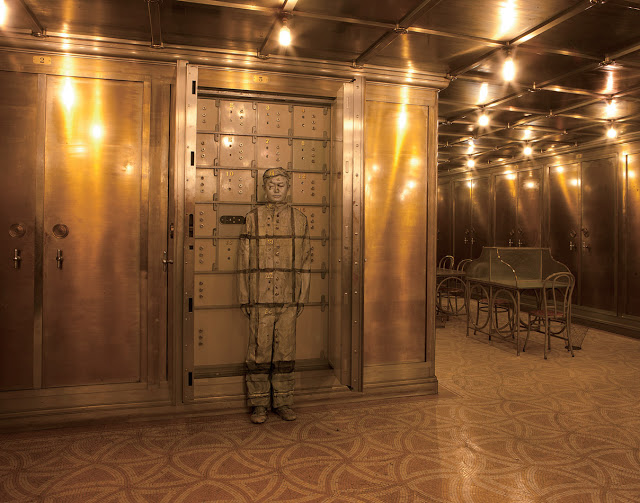 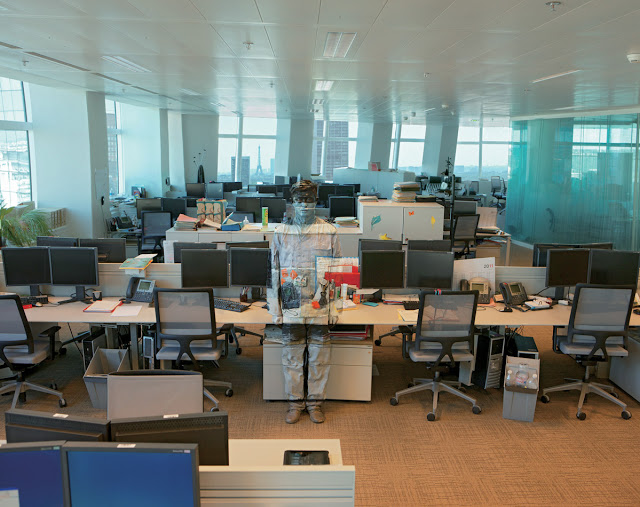 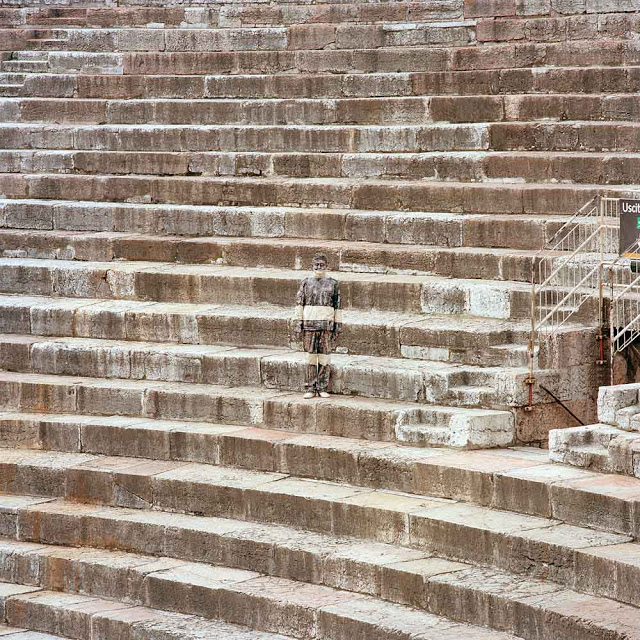 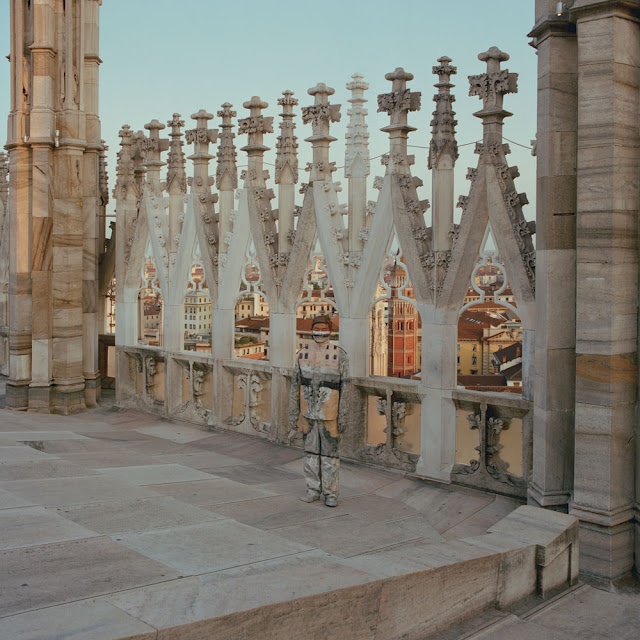 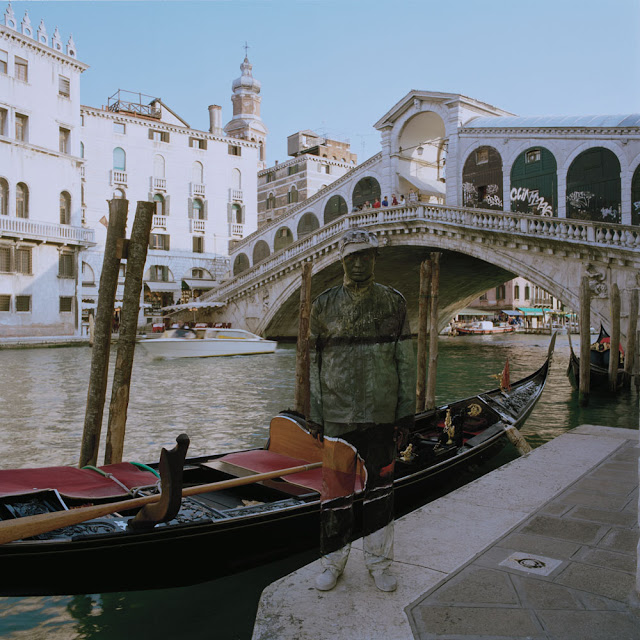 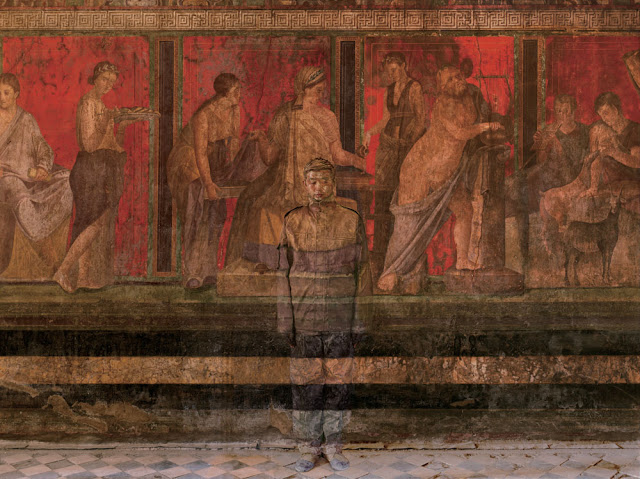 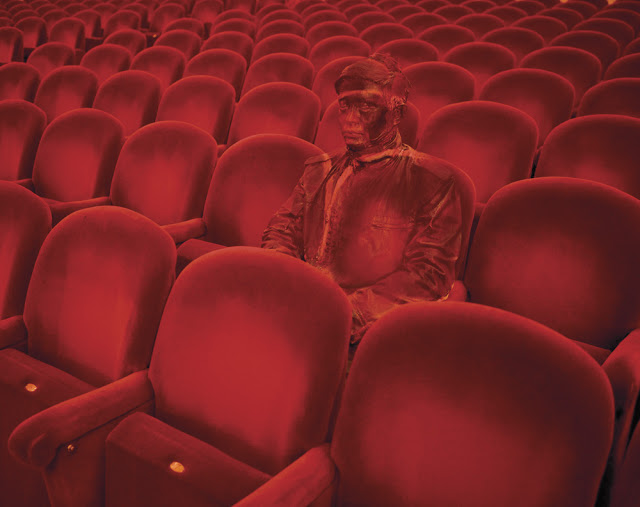 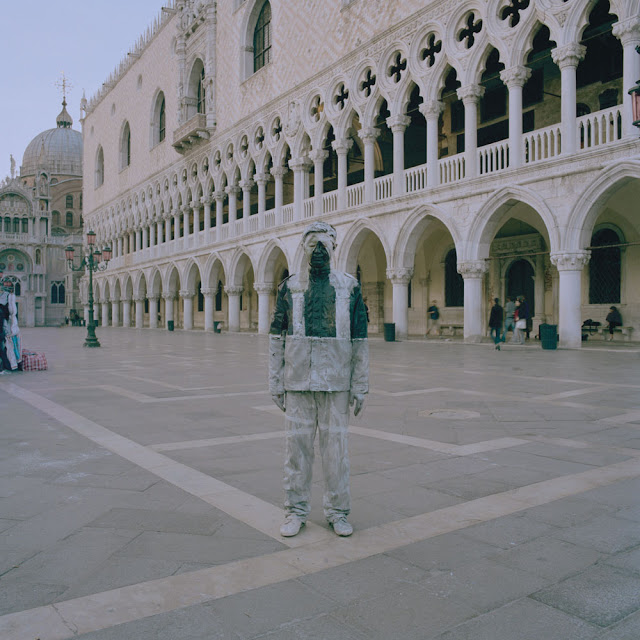 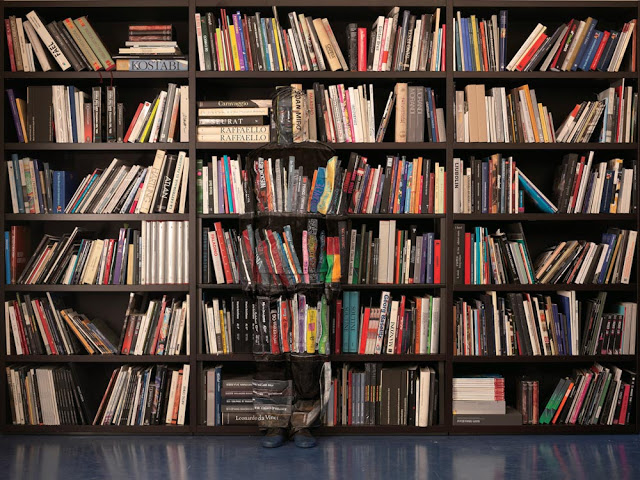