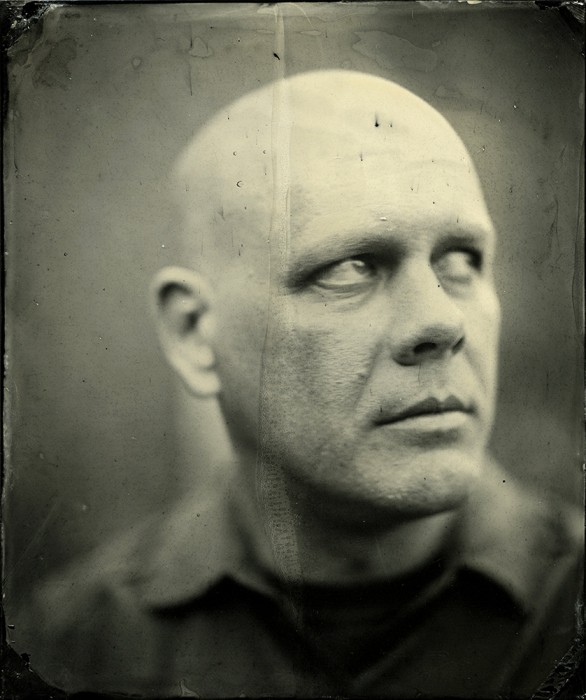 I’m excited to celebrate my friend, the wonderful Russell Joslin today on Lenscratch.  Russell has been the long-time Editor of SHOTS Magazine , a magazine I have been subscribing to for close to 20 years (and you should too!).  For me, SHOTS represented my first photo community where I met and corresponded with wonderful photographers (via postcard–this was pre e-mail!) and the publication continues to excite and inspire it’s readership. Russell is a supportive and encouraging editor, giving exposure to talented photographers around the world. I am always impressed with his selections and the visual connections he finds between the photographs in each issue. He has managed to keep the printed magazine afloat through all the economic down turns and that’s no small feat.

Russell is also a talented photographer, much of his work focusing on self portraiture and visual narratives.  In addition, he is an active reviewer at portfolio events around the country. He has a lot to be proud of and this fall, Russell adds Book Editor to his roster of abilities.  Candela Books is releasing Black Forest, a book of 50 contemporary artists that he compiled, edited, and sequenced, and from what I have seen of the previews, it’s a stunning compilation of unique imagery.  The book is designed by Jeff Louviere.

Years ago, I coined Russell as the Johnny Cash of photography for his love of wearing black, yet what makes him a star in my book is his low key humor, love of creative photography, support of his community, and a consistent commitment to sharing the work of others in a way that elevates and exposes not only the photographs, but the photographer.  We are so lucky to have him as part of our community.  It gives me great pleasure to present The Russell Joslin Mixtape! 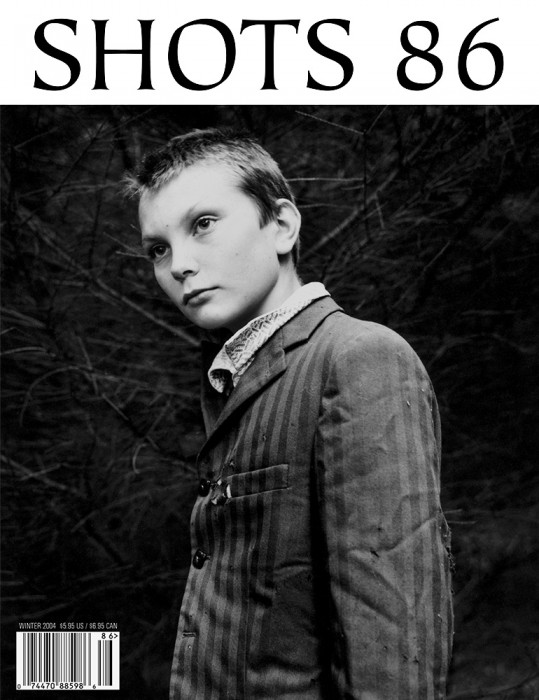 I grew up in Loveland, Colorado. I have an older sister and a younger brother. I was a quiet and introverted kid. I liked to play baseball with my brother and the neighborhood kids. My parents took me to church and church-related events a lot. When I was 11, I built a Soap Box Derby car, won the Colorado race, and went to the finals in Akron, Ohio. When I was in elementary school, the teacher would give us catalogs every month that we could order books from. My favorite schooldays were the ones when the order arrived and I got my new books. 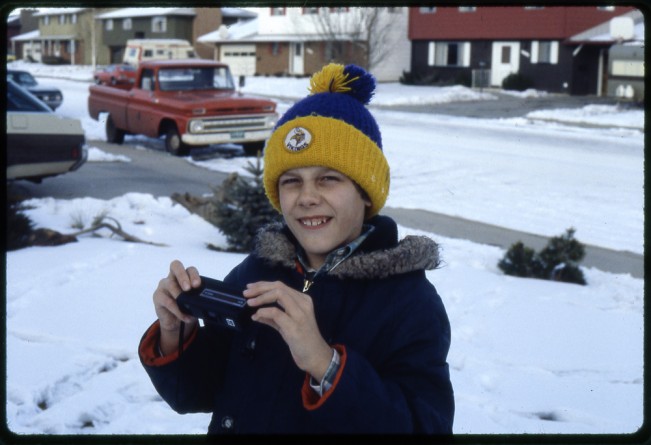 as a boy (with my Kodak Tele-Instamatic 608)

In my early high school years, I had a friend from Boulder who was into photography. I thought nearly everything he did was cool, so I followed his lead, and learned how to shoot with my dad’s 35mm Canon. I first learned darkroom in high school. My high school photography teacher had real conservative taste—a big Ansel Adams fan. She went on pregnancy leave toward the end of the semester, and a grad student from Colorado State University taught for the remainder of the semester. On the final day of class, he closed the door, turned out the lights for a slideshow, and told us not to tell anyone about what he was about to show us. He showed us a bolder and more risqué side of photography that we didn’t see in our “how to” manuals and in the Ansel Adams books that our teacher brought in. Duane Michals’ sequence Take One and See Mt. Fujiyama is the one in particular that I remember him showing us. At the time, it appealed to my juvenile sense of humor more than anything, but looking back, I think that was really the first time I began to understand that photography’s potential extended outside the mainstream.

Following high school, in my meandering college years, there were several years where I started to write daily. It was nothing great—journal writing—I guess one could call it poetry and stream of consciousness type stuff. It was mostly about a need or desire to get my thoughts and ideas on paper. It was meaningful for me personally though, and I started thinking more seriously about trying to develop my craft, with hopes of becoming a published writer. I had been photographing all the while, but it wasn’t until I took more photography coursework in college that I thought about it as something beyond just being a fun pastime. At some point around that time, I came to the realization that my photography was visually expressing the same types of things that I was attempting to get across in my writing, and therefore “overtook” my writing. I found this exciting, and my love for photography is rooted in the idea that it’s visual language.

I’m a photographer, and the Editor and Publisher of SHOTS—an independent and reader-supported journal of photography. SHOTS is published quarterly, so a typical day depends on what part of the publishing cycle I’m in. Around the time of a submission deadline, a typical day (from early morning to late at night) would be downloading files, looking at each submission, or later, working on editing, layout, interviews, etc. In between issues, I spend days promoting SHOTS, filling orders, and working on my own photography. Perhaps the one constant is that I look at a lot of photography daily and think about it a lot, regardless of what part of the publication cycle I’m in. 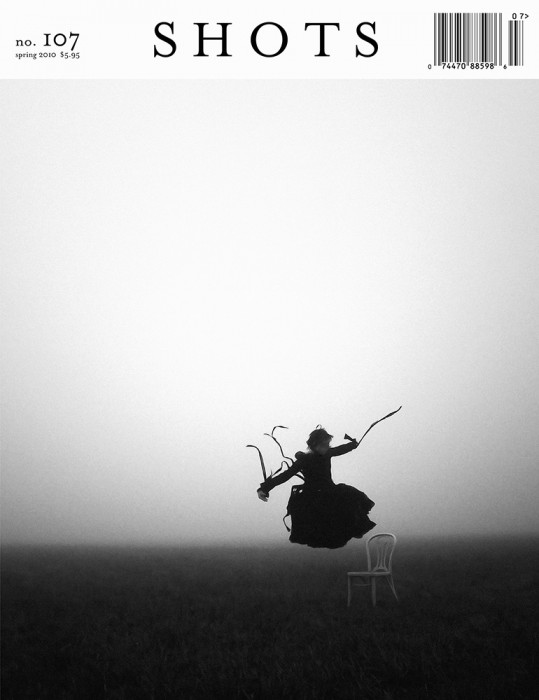 It’s had some ups and downs, but despite that, or maybe because of that, keeping SHOTS going for the 14 years that I’ve been doing it is what I’d say I’m most proud of. Also, my soon to be released book Black Forest… I’m pleased with how it turned out, and honored to be publishing the photographers that are in it. As a photographer, I’m perhaps most proud of being selected as one of the Core photographers at the 2013 Ballarat International Foto Biennale (in Victoria, Australia)—it was a great experience, and was somewhat unusual for me to be recognized as a photographer rather than as an editor. 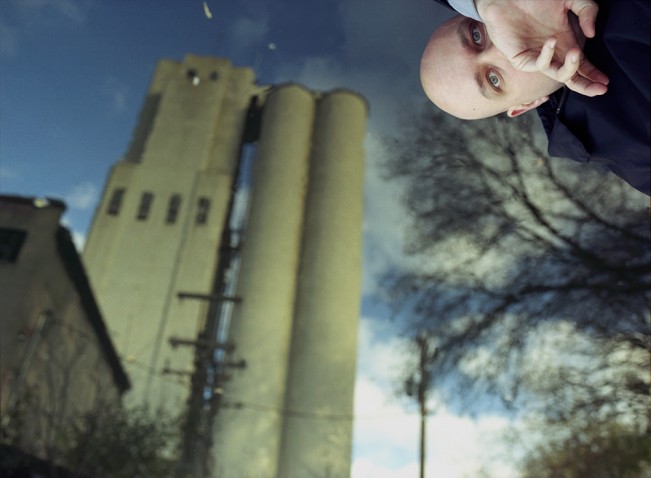 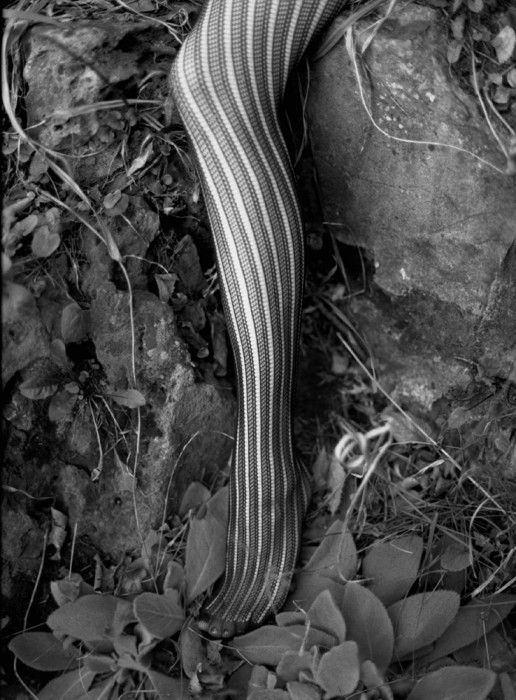 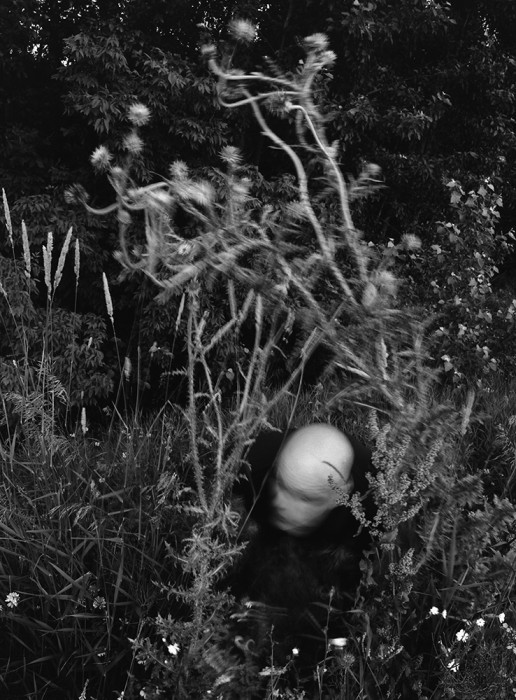 The Night of the Storm ©Russell Joslin

When I’m at the review table, aside from looking for work to publish, I’m mostly wanting to have a good dialogue with the photographer. I love looking at work and talking about a person’s ideas and motivations, and hope to offer something meaningful and helpful to the conversation. Outside of the formal context of the reviews, it’s always nice to be amongst likeminded photographers from all over the world and to look at and discuss our work and lives, and realize that despite where we come from, we share a connection based on what we do.

I’ll add that I feel as an editor, I feel a certain responsibility to look for work well outside of the context of portfolio reviews. Reviews can be a great opportunity for those who have the resources to attend, but they represent a small slice of what’s “out there”. It would be lazy of me if I simply favored reviews as the means in which to seek out good work. 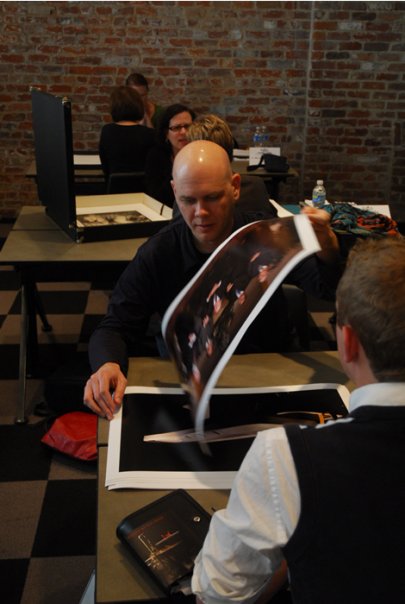 Come with a well prepared, well thought out, nicely presented portfolio, and an open mind. Expect to hear contradictory views about your work, and don’t expect results to happen immediately. Take in the praise and the criticism that reviewers and fellow photographers offer and give yourself time to see what bubbles to the surface and what doesn’t. Also, spend time hanging out with photographers and reviewers after the formal review days are over—things can happen for you and your work there as well, and you can catch up on your sleep once you get back home.

What is something unexpected that we don’t know about you?

Something I’ve heard more than once, from people who just know me from SHOTS or my photography before meeting me for the first time, is that they’re surprised I have a sense of humor. Also, based on how many emails and submissions I get directed to the “SHOTS staff” or the “SHOTS review team”, there are a lot of people who don’t realize I pretty much a “one-man band”. Aside from printing and proofreading, I do nearly every task involved with putting the magazine together from downloading files to layout to labeling the magazines and hauling them to the post office. 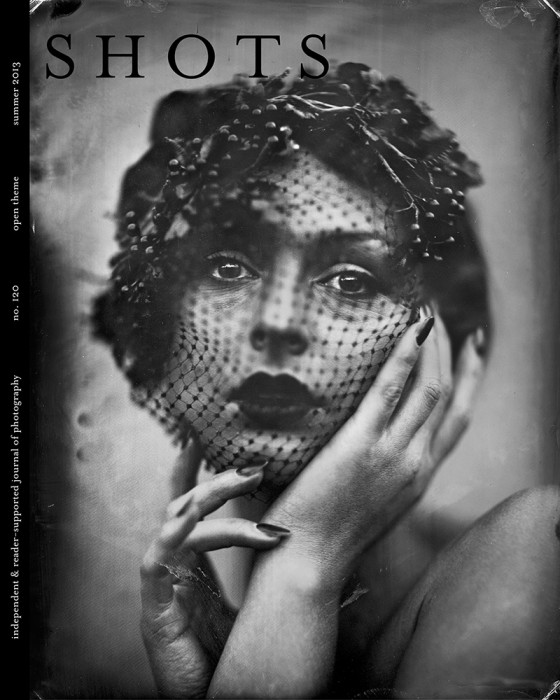 On the subject of mixtapes, I’ll first say that well before I was a photo editor, I was regarded amongst a small circle of friends as making a damn good mixtape (or CD). It’s an exercise that I now liken to editing and sequencing photography. Starting with a mood, concept, and/or theme in mind, selecting songs that work within that framework, allowing one song to blend, or lead into and support the next, leaving room for surprises, mixing established artists with those lesser-known or up-and-coming, maintaining a vibe, relying on instincts, having fun with it, and using a selection the songs of others to create something personal as a whole.

To answer your question though—it’s of course very difficult to claim just one favorite song or band. If I had to choose one musician though, I’d have to go with Bob Dylan—especially albums like Time Out of Mind, Desire, Oh Mercy, and Blood on the Tracks. He’s one of the artists of any media that I’ve followed and found inspiration from the longest. I’ve had the opportunity to create my own “soundtracks” to play in the background at exhibitions of my photography, and those mixes included stuff like PJ Harvey, Nick Cave, Sam Phillips, David Bowie, Richard Hawley, Bob Dylan, Autolux, Marissa Nadler, Leonard Cohen, Crime & the City Solution, Tom Waits, and others I know I’m forgetting… And yes, under the right conditions, I do like to dance.

And now, I hand the headphones over to Russell for finish off the Mixtape….

I’ll leave you with a selection of works by artists included in my forthcoming book, Black Forest. It’s a book of photographs from about 50 contemporary artists that I compiled, edited, and sequenced into four “visible poems”. Jeff Louviere acted as the designer, and it’s due this November from Gordon Stettinius’s Candela Books. It’s a book that’s rooted in concepts put forth by the original Surrealists, but also one that, at a certain point, took on a life of its own and became what it wanted to be. It emphasizes visual narrative by placing emphasis on sequencing; it seeks to find or suggest connections between images, and aims to allow the new context to reveal new meaning. 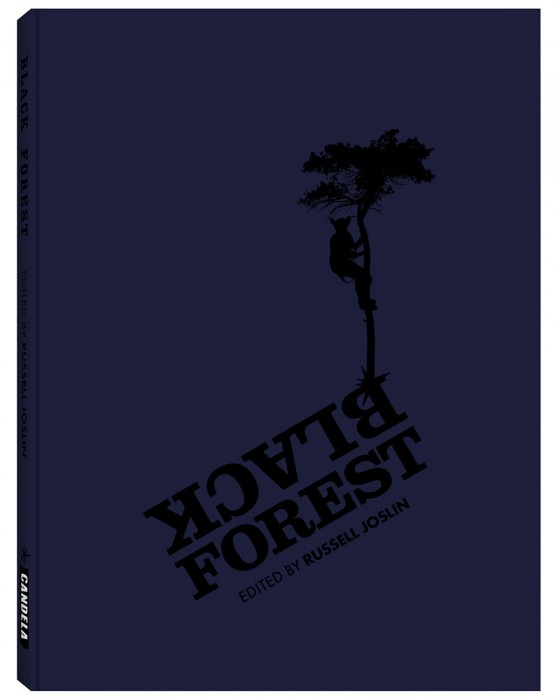 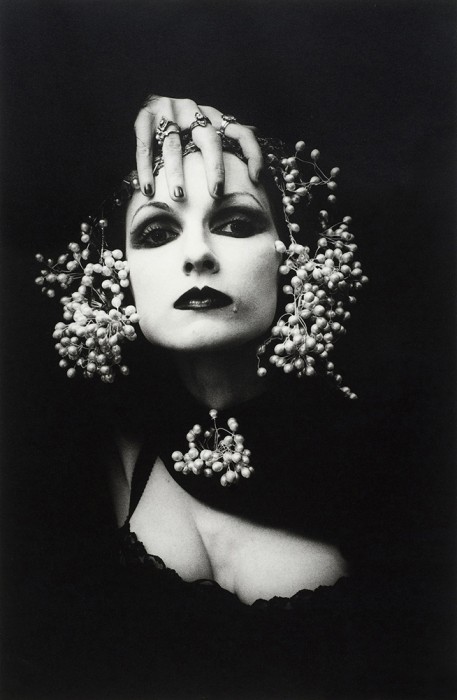 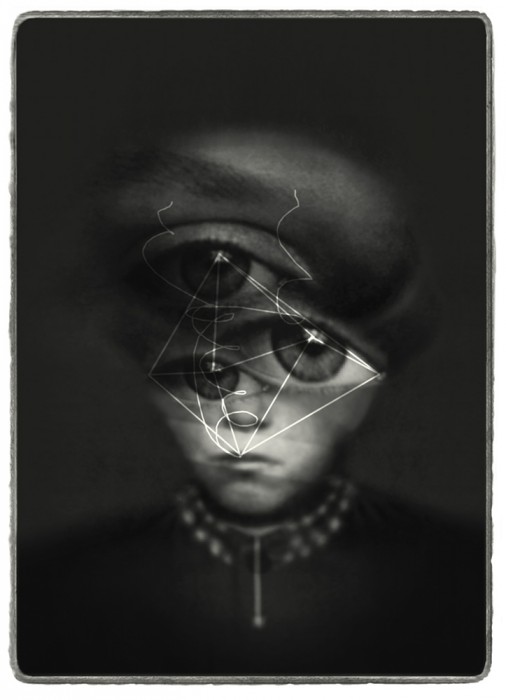 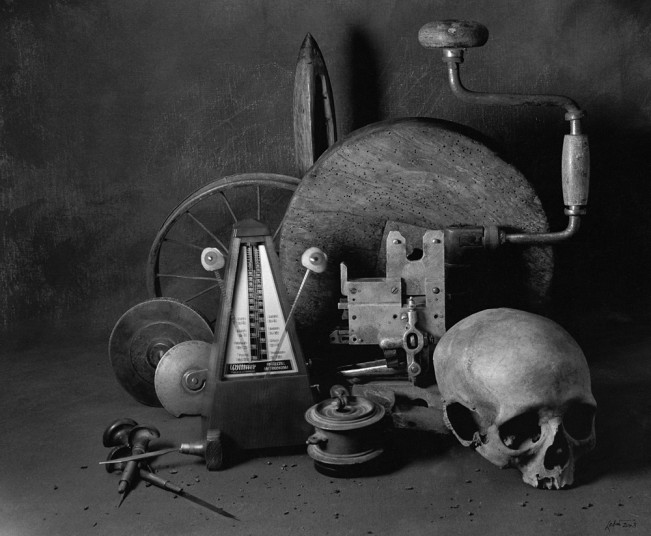 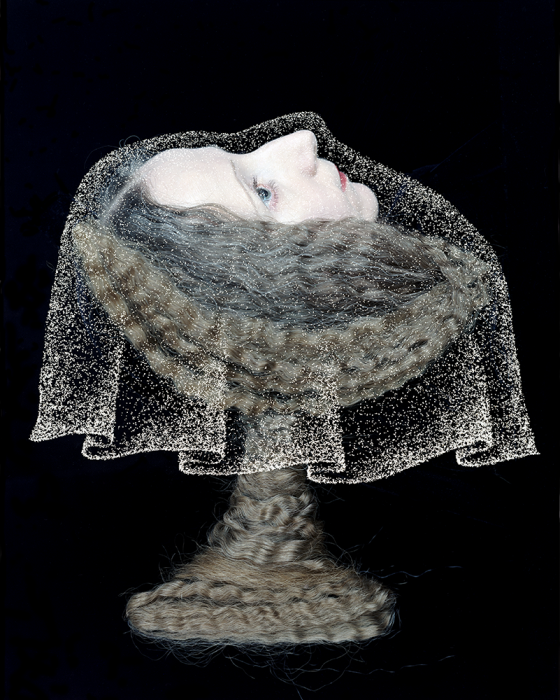 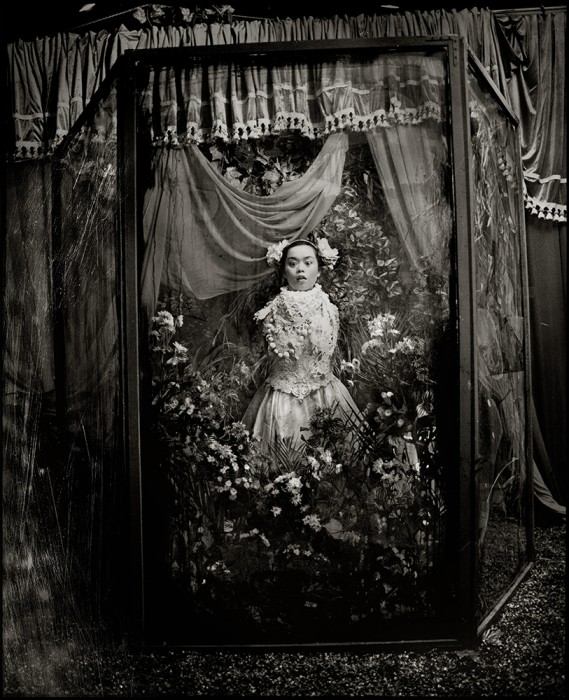 Maleonn, Leaves of Grass No. 1 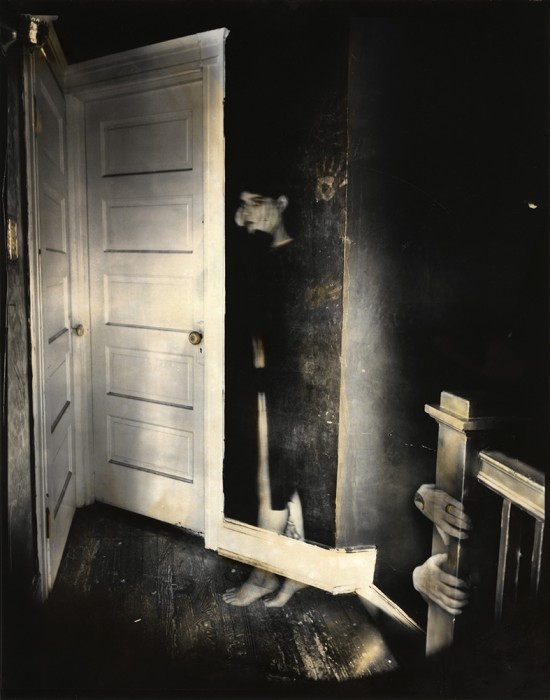