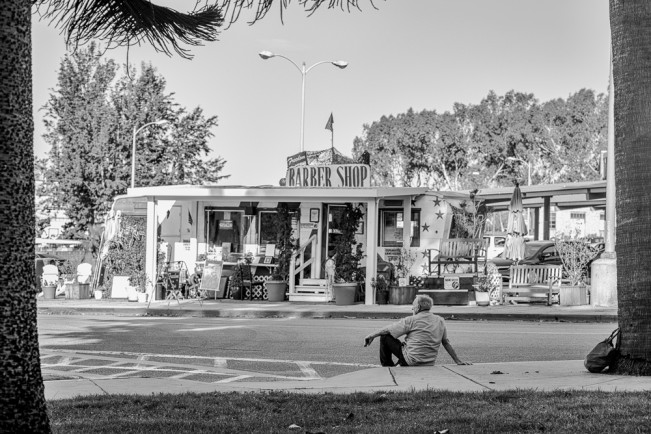 Los Angeles Photographer,Louis Kravitz,  has created a body of work , Freedom Barber Shop, set on the Veterans Adminstration campus in Los Angeles. It’s a facility that supports veterans through mental and medical care and provides a home for those challenged after their military service. Amidst the cluster of non-descript buildings stands a beacon of hope for those needing to feel good about themselves. A barber by the nick name of Dreamer, changes lives, one hair cut at a time.

Prior to becoming a photographer, Louis worked for 45 years as an actuary. In 1977, he founded the actuarial consulting firm Kravitz, Inc. Today, his son, Daniel, heads the firm and Louis remains active as its Chairman. Now a full time photographer, Louis’ images attempt to show the themes most people share as they move through their lives – the joys and fears of childhood, the love and pride of parents, the intensity of people working, playing, cooking, buying, selling and worshipping. And, sometimes, the courage they bring to just living.

Louis travels extensively outside the United States. He enjoys meeting people and his ability to connect with them enhances his photography. Louis’ subjects are often people with whom he has made a personal connection, however brief. 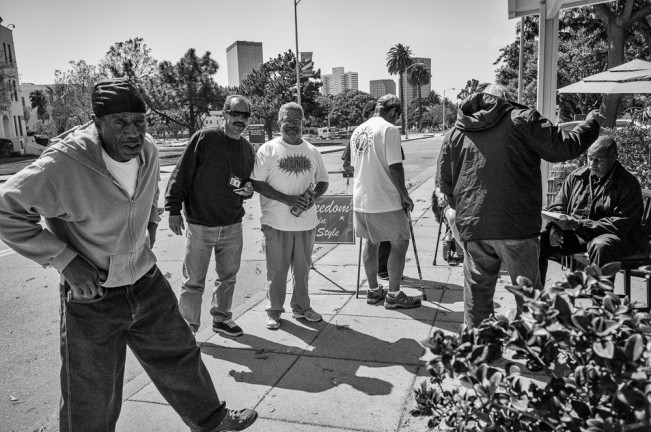 A near perfect day for me is meeting with interesting looking people who are willing to let me photograph them. We talk a little; maybe with luck there is a connection and they let me shoot. I recently chanced upon an ideal opportunity.

The Freedom Barbershop is located in a 60 year-old red, white and blue trailer on the Veterans Administration’s West Los Angeles Campus. My photographer friend, Norman Schwartz, took me there in March 2014 to meet the proprietor, who goes by the name Dreamer (aka Tony Bravo Esparza). On the day I met Dreamer, an unkempt Vet walked in. As he got his haircut I asked him about his situation. He told me he had recently gotten out of jail, was living on the VA campus and was to have his first job interview in a few days. I watched as his appearance was transformed and when the haircut was done I asked him how he felt. He said he felt “human again” and said, “I now feel like I belong.” 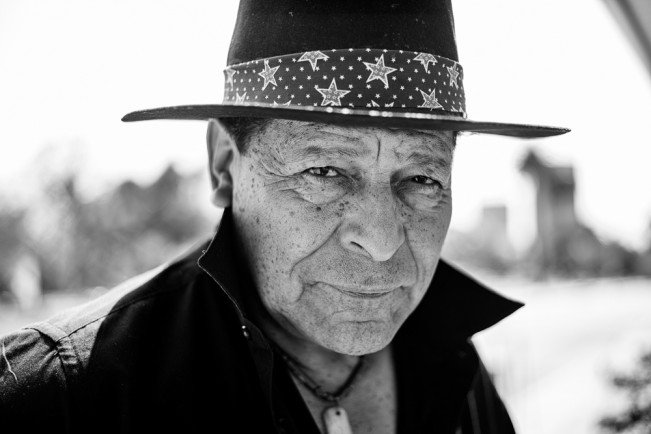 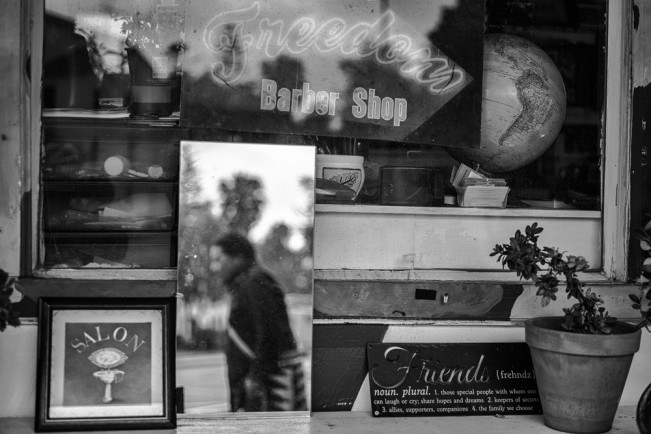 Dreamer is a veteran and a Native American, half Yaqui and half Apache. He has been cutting veterans’ hair on and off the VA Campus for over forty years. Dreamer lifts their spirits with his jokes, outrageous comments and his short, medium and very tall tales. More importantly, the barber’s touch has a comforting and calming effect on many of these veterans. 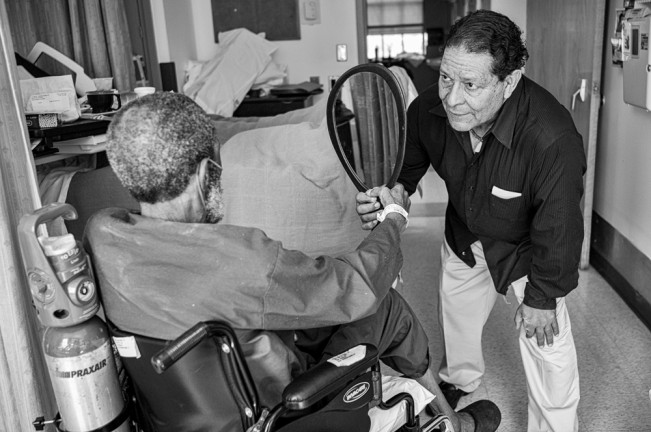 Once a month for three days, Dreamer cuts veterans’ hair for free. Most are living on the campus receiving help and look forward to the free haircut days. They line up early outside the trailer to put their names on a waiting list. Dreamer does free cuts for two days at the trailer and the third day he goes to Vets who cannot come to him; in the hospital, nursing homes and other wards on the VA campus. I asked Dreamer if I could photograph him giving haircuts. He liked the idea and I next applied for the VA’s approval. I was lucky and two weeks later I was in the barbershop photographing with a stack of VA release forms.

I created a photo essay of Dreamer and for the portraits of the Vets, I decided upon triptychs consisting of a picture before, during and after their haircuts. I made a print for every Vet I photographed and left the prints at the barbershop for them to pick up the next time they were there. Very few remembered to pick up their print. 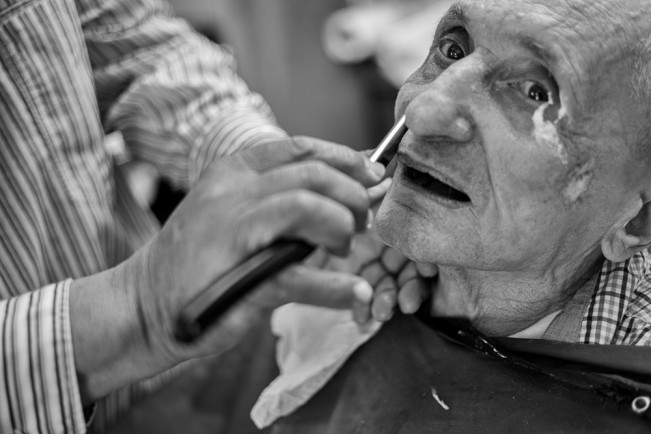 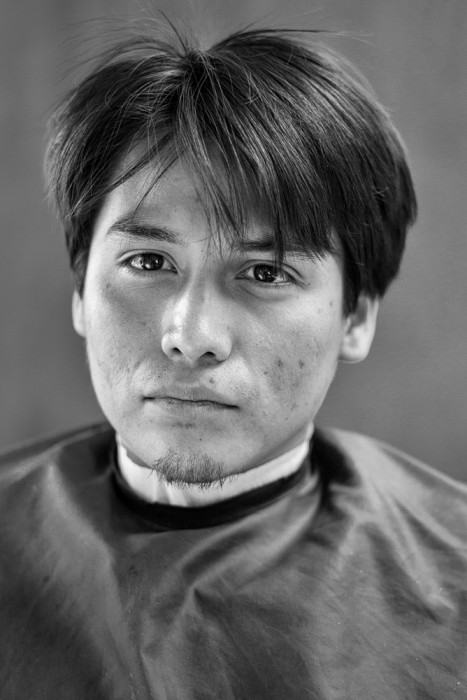 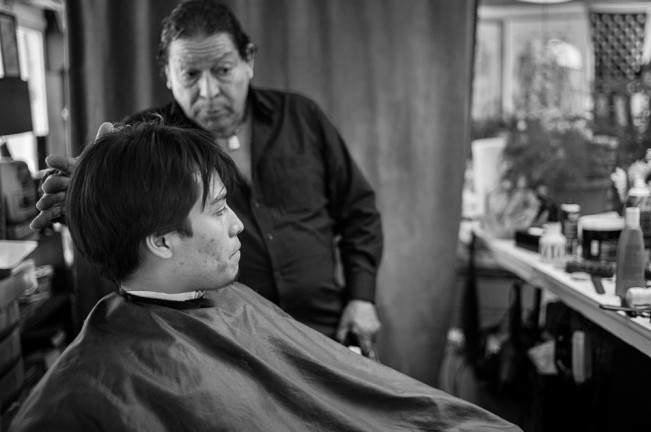 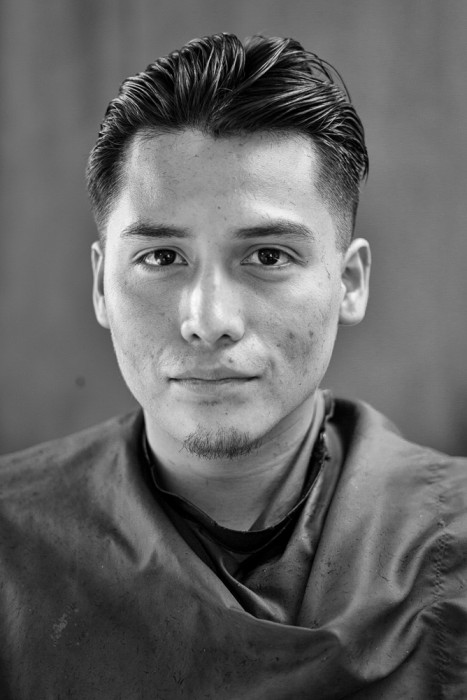 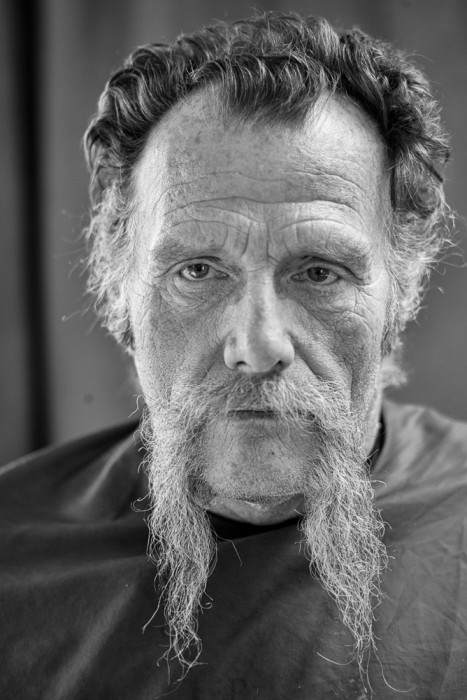 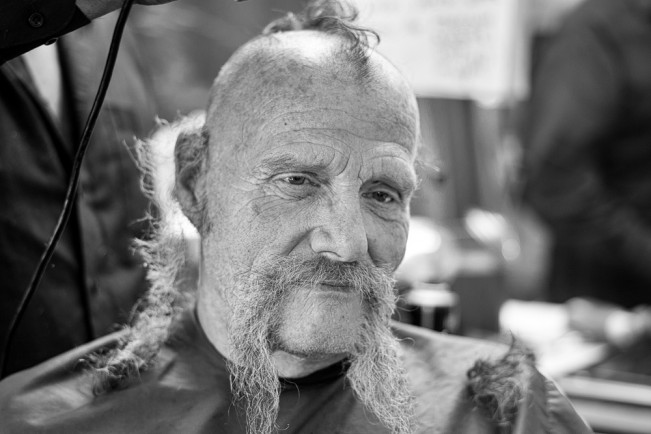 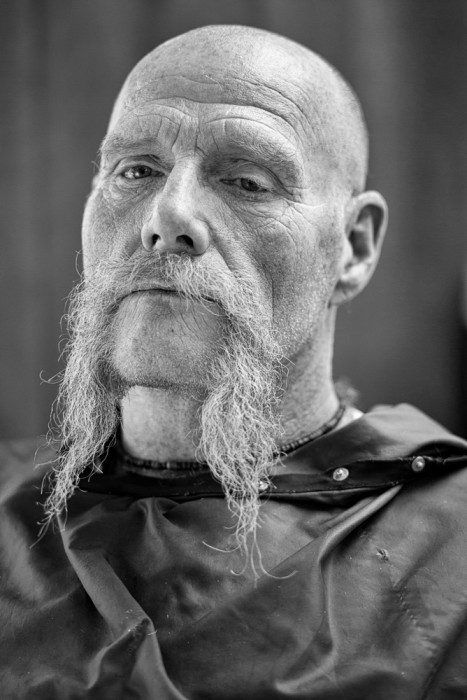 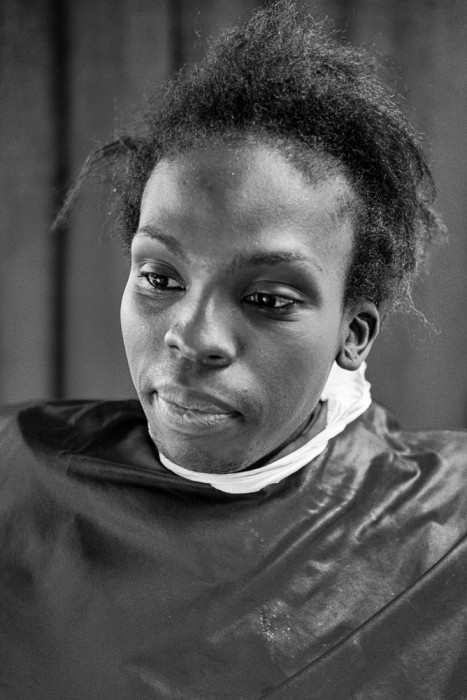 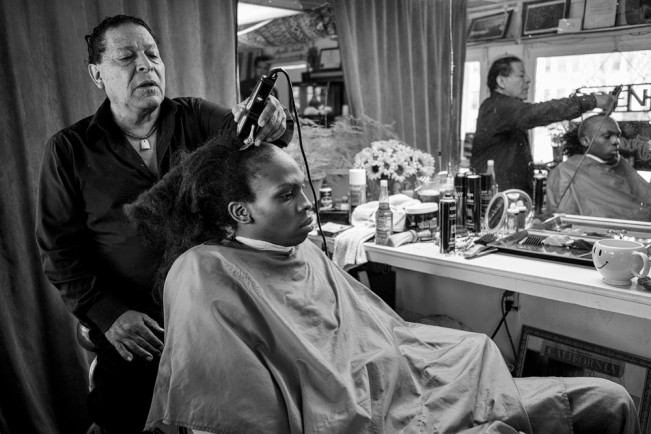 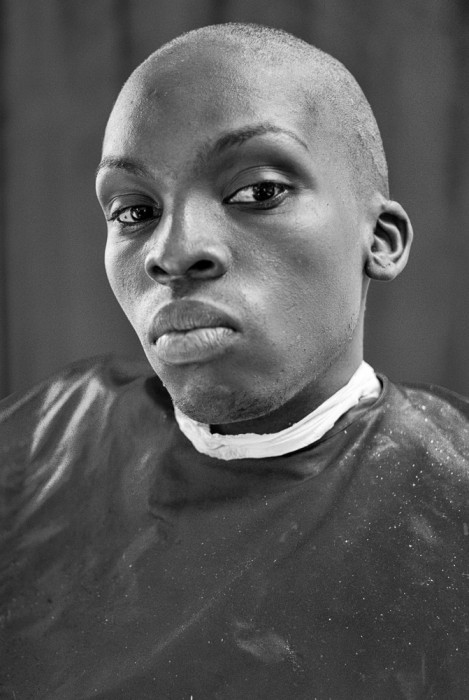