Savannah Remembers One of its Own: Full Circle with Jack Leigh by Aline SmithsonNovember 1, 2014 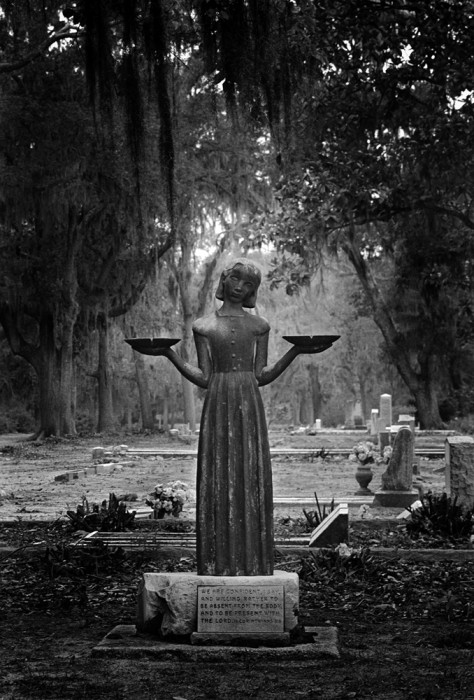 Savannah Remembers One of its Own: Full Circle with Jack Leigh
By Eliza Lamb

Some artists set out to capture the essence of a place, and some artists are the essence of that place. Jack Leigh is one of the latter. Born and raised in Savannah, Georgia his life’s work was capturing the heart of his town and his people for the world to share. Jack started photographing in the 1970s. A graduate of UGA, he traveled all over the world but found his heart was pulling him back home to Georgia. His early works are black and white streetscapes of the urban south, never crowded or hurried. They reflect a calm and consistency that comes with the hot sun and the landscape that reminds you of the history that has come before. A man and his dog on their shop porch, a young child holding on to an old man selling “cold mellons” on the side of the road, the pure joy of a rope swing that hangs above the quiet river. These spots that only a local would know and access that only a special spirit could gain. His subjects were of all genders, races and socioeconomic classes, and it is clear in his images that he treated them all with equal kindness, empathy and respect. Jack became known for capturing this spirit of Savannah and when the book Midnight in the Garden of Good and Evil was written, he was the one the publishers turned to to create its cover – an image that would change his career and the trademark of his hometown. 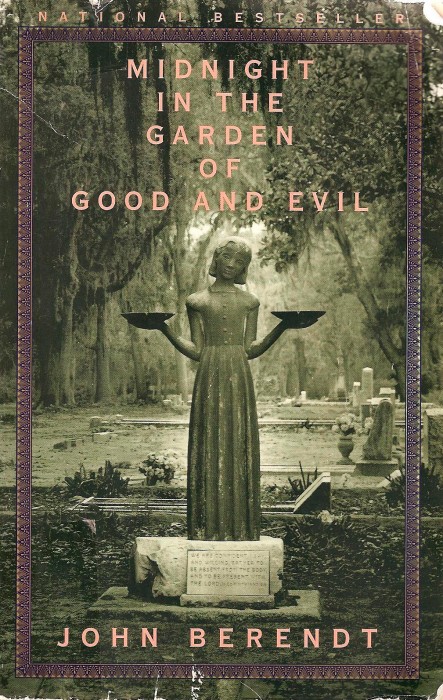 “The Birdgirl” as it would later be called, became the icon of the city, and its popularity allowed Leigh to open his own gallery in the historic district below his home. Here he would sell his own prints but also the work of the artists he most admired in the area, including Lisa M. Robinson, Susan Laney and Ben Beasley. Jack’s fame would not end there though for better or for worse. Shortly afterwards Leigh became part of a landmark copyright case “Leigh v. Warner Brothers” when the company used his image as the basis for their movie poster without consent from the artist. Armed with two local lawyers Leigh took on the major corporation in a suit that would last nearly a decade and eventually settle out of court. With 6 books of photography published, Leigh passed away in 2004 after a short battle with cancer at the age of 55. He left behind a legacy of images of his own life and journeys, but even more than that, the story of a region and time. 2014 marks the 20th anniversary of the birdgirl image, and the 10-year anniversary of the photographer’s death. Recently, the SCAD Museum of Art in Savannah, Georgia commemorated these anniversaries with the exhibition Jack Leigh: Full Circle, Photographs from the Low Country 1972-2004. Susan Laney, Director of the Jack Leigh Estate and co-curator of the exhibition writes, “Jack Leigh loved the South, but did not recognize how deeply his inspiration was rooted in the familiar landscapes and people of the Low Country until he returned home to Savannah later in life. He spoke of this realization often, calling it coming “full circle”. It is this concept that is at the core of the exhibition, in Jack’s spiritual return to his roots, the sources of his inspiration, and the legacy of his influence”. 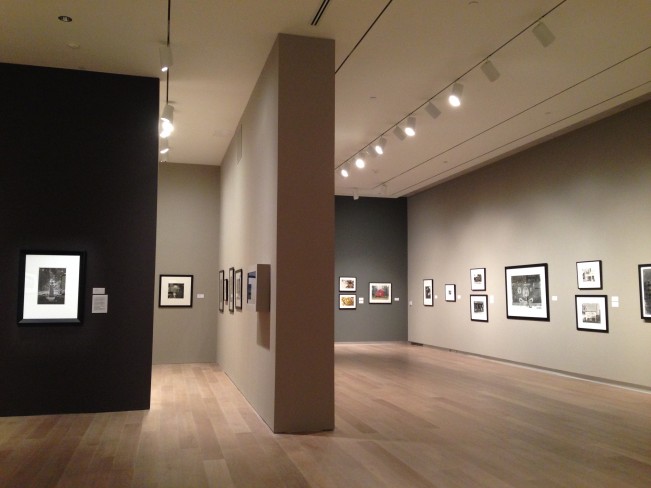 The exhibition opened with a wall sized replica of one of Leigh’s maps of the Savannah waterways that he kept in his photo bag, from there it moved to images of the photographic icons that inspired Leigh in his studies and career, including work by Walker Evans, Helen Levitt, George Tice and Sally Mann to name a few. A retrospective overview of the artist’s work followed, including contact sheets, and work prints with the artist’s notations. The show closed with a reading room that housed all of Leigh’s books as well as photographs by contemporary photographers that worked with Jackduring his lifetime and whose influence still informs their practice. 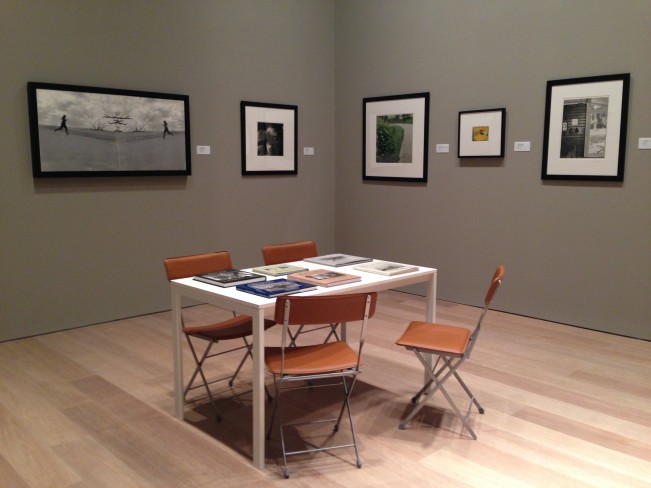 The museum’s opening reception was one for the books – setting new records for attendance at the museum. Artists, collectors, even some of the photographs’ subjects, all gathered in the museum to celebrate the work and life of Jack Leigh and the power of the community that he helped create and preserve. 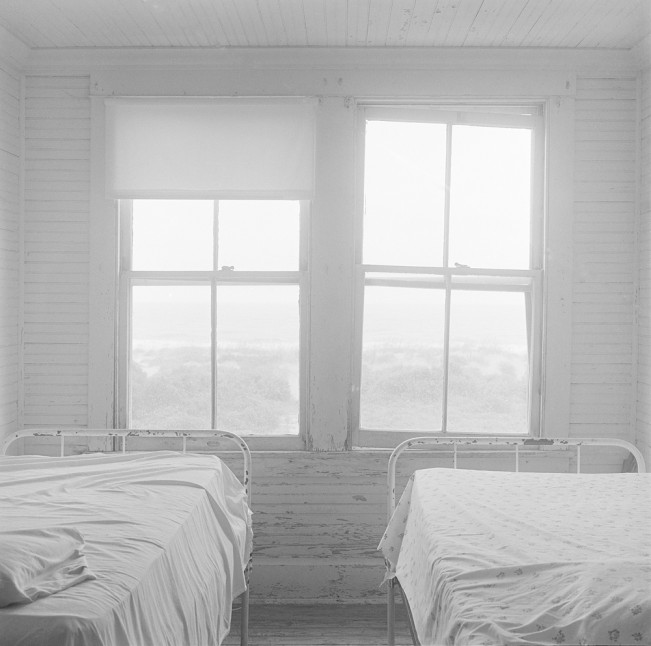 It’s true that the portrait of the south is ever changing – but this exhibition shows us that Jack Leigh is still part of it. One of the things this author/photographer is left considering is the timelessness of our medium. The ability to revisit someone we have lost, to reintroduce ourselves to a place we have left, and to rethink the boundaries that we have currently set for ourselves and our communities. Jack Leigh vowed to never leave Savannah, and it become clear with this exhibition that Savannah will also never leave Jack Leigh. 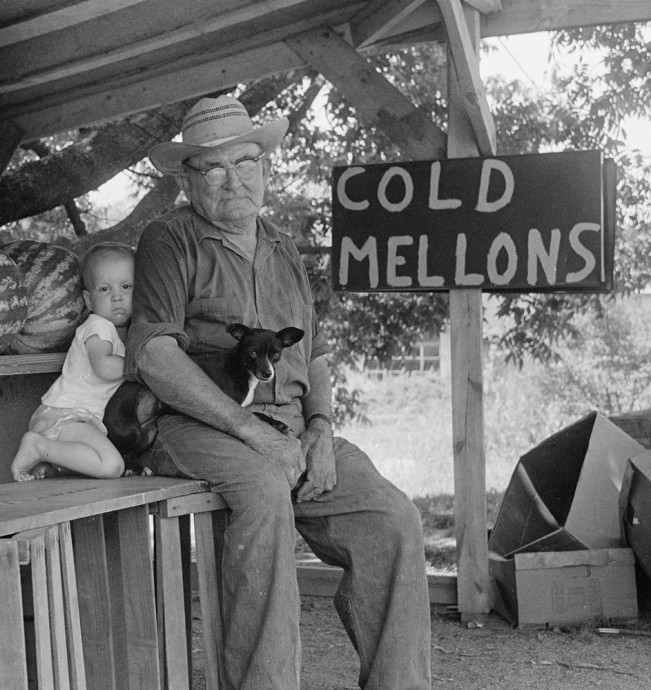 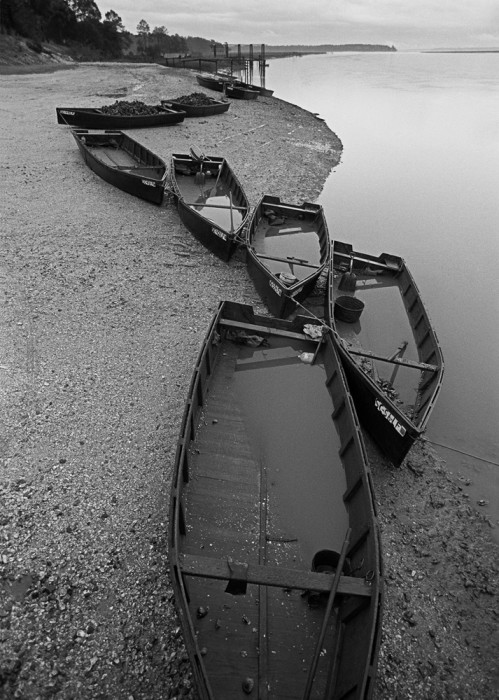 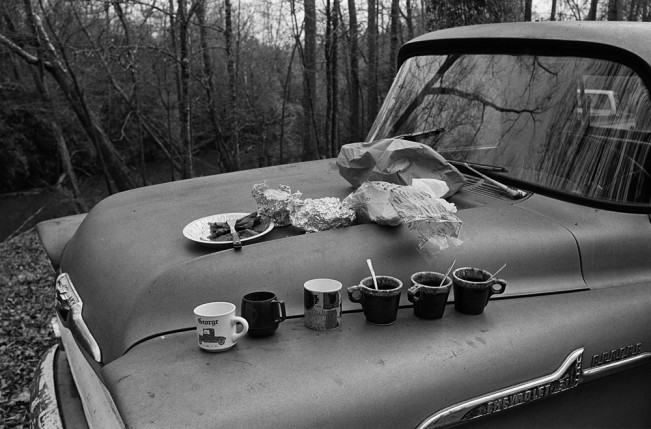 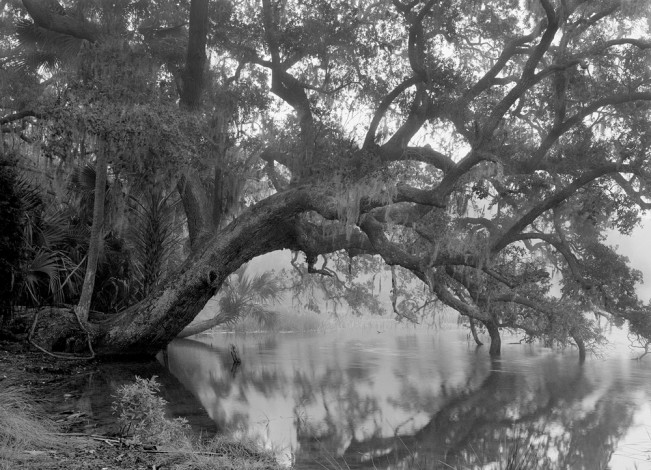 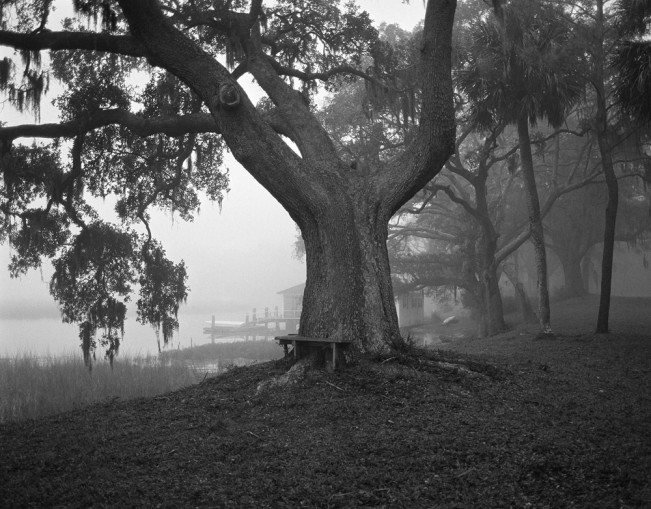 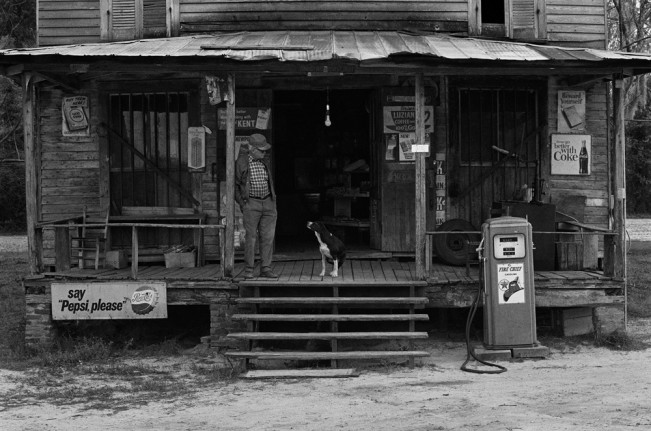 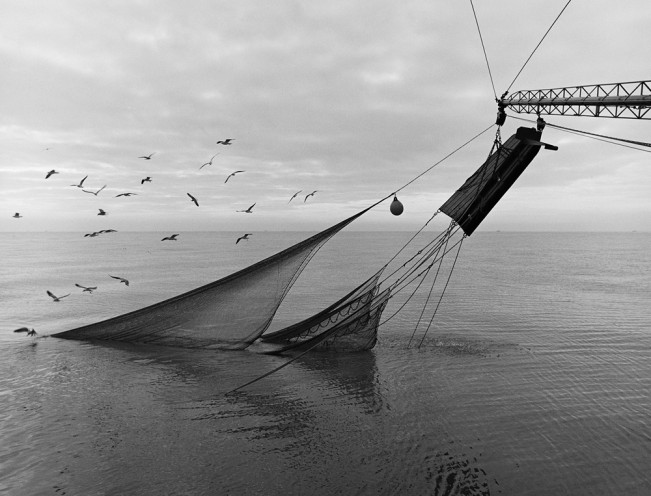 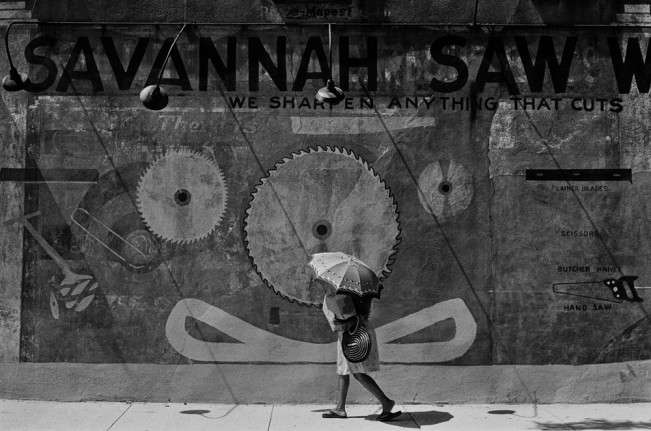 Jack Leigh (1948-2004) began his work in photography in 1972 following formal studies at the University of Georgia. He later studied with George Tice, Eva Rubinstein, and Jill Freedman. From the beginning of his career his objective was to seek out and record the people, environments, and rapidly passing lifestyles of his native region – the American South.

Leigh’s award-winning photographs are in numerous private and corporate collections. His work has appeared in museums and gallery exhibitions, and publications across the country and abroad. He was the author of six highly acclaimed books of photography – Oystering: A Way of Life; The Ogeechee: A River and It’s People; Nets & Doors: Shrimping In Southern Waters; Seaport: A Waterfront At Work; Ossabaw: Evocations of an Island, and a retrospective of his work, The Land I’m Bound To.

In 1993, Leigh was commissioned to create a photograph for the book cover of Midnight in the Garden of Good and Evil by John Berendt. The book became an international best seller and the photograph is Leigh’s most famous and widely recognized image.

Having received numerous awards and accolades during his career, he will continue to be an inspiration to all who crossed his path. Leigh left a void in the Southern photography scene, but left a lasting impression that will live on in his photographs and books.

Eliza Lamb is a native of Richmond, Virginia. She is a graduate of both the Savannah College of Art and Design and Columbia University, where she is currently a doctoral candidate. Eliza is a photographer whose images have been featured in exhibitions and publications nationally and internationally including the Ogden Museum of Southern Art, the Morris Museum, the SCAD Museum of Art, PDN, Fraction and Aint-Bad Magazines. Eliza currently lives and works in New York City.