William Ferris: The South In Color by Aline SmithsonOctober 30, 2017 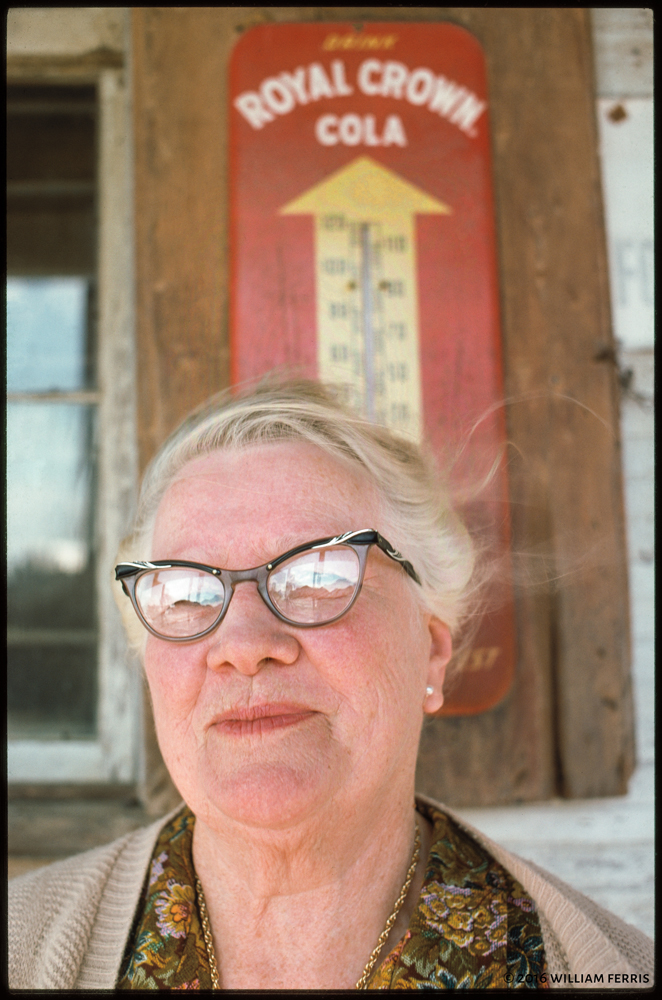 As a photographer of the American South, I sought the Holy Grail—that single image that captures the region in its fullest, most engaging expression. I pursued that quest knowing that the South and its diverse worlds can never be contained within a single photograph. – William Ferris

Researching photographer William Ferris is a bit like peeling a sweet onion. His career is so layered and multi-faceted that it’s hard to imagine that one person has been able to accomplish so much. William is the former chair of the National Endowment for the Humanities under President Bill Clinton, is the Joel Williamson Professor of History at UNC Chapel Hill, and the senior associate director of UNC’s Center for the Study of the American South. He is the author of ten books, including You Live and Learn. Then You Die and Forget It All: Ray Lum’s Tales of Horses, Mules and Men, and co-editor of the Encyclopedia of Southern Culture and recently published his third book with the University of North Carolina Press, The South in Color: A Visual Journal. As Wikipedia states, he has written fiction, poetry, and numerous articles on folklore and literature, as well as book, record, and film reviews. He has recorded blues albums, produced 15 documentary films on southern folklore, and, for ten years, hosted the weekly Mississippi Public Radio blues show, Highway 61. Ferris’s photography, documenting aspects of African American southern folklore, has been featured nationally, including in an exhibit by the Smithsonian Museum and an article by the New York Times.

This amazing legacy of considering the South stared at a young age and grew into a passion for understanding his place in the world that has continued for six decades. His new book, The South in Color: A Visual Journal features 100 color photographs from the 1970’s, images that when combined feel like a great novel of Southern story telling, honest and real, celebrating the ordinary places and faces of Warren County and greater Mississippi. In making work about the South, “my photographs reflect that tension as they engage the region with a knowing, unflinching eye.”

William Ferris is Joel R. Williamson Eminent Professor of History at the University of North Carolina at Chapel Hill and a former chairman of the National Endowment for the Humanities. With Ferris’s two previous books, Give My Poor Heart Ease and The Storied South, The South in Color completes an informal trilogy of Ferris’s documentation of the South’s tumultuous twentieth century. 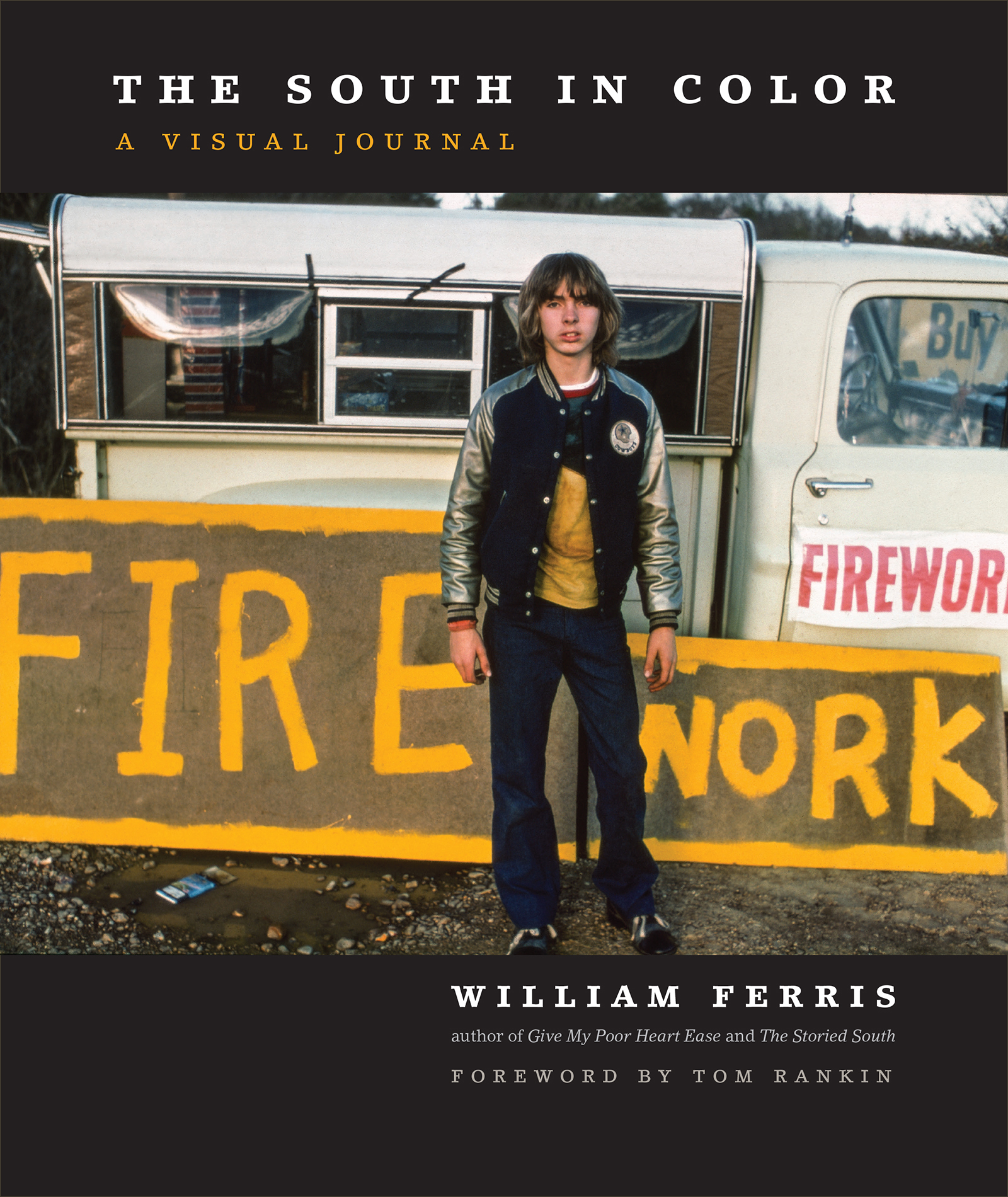 Book Cover for The South in Color

Since the moment William Ferris’s parents gave their twelve-year-old son a Kodak Brownie Hawkeye camera for Christmas in 1954, Ferris passionately began to photograph his world. He has never stopped. The sixties and seventies were a particularly significant period for Ferris as he became a pathbreaking documentarian of the American South. This beautiful, provocative collection of 100 of Ferris’s photographs of the South, taken during this formative period, capture the power of his color photography. Color film, as Ferris points out in the book’s introduction, was not commonly used by documentarians during the latter half of the twentieth century, but Ferris found color to work in significant ways in the photographic journals he created of his world in all its permutations and surprises.

The volume opens with images of his family’s farm and its workers–family and hired–southeast of Vicksburg, Mississippi. The images are at once lyrical and troubling. As Ferris continued to photograph people and their homes, churches, and blues clubs, their handmade signs and folk art, and the roads that wound through the region, divisive racial landscapes become part of the record. A foreword by Tom Rankin, professor of visual studies and former director of the Center for Documentary Studies at Duke University, provides rich insight into Ferris’s work. – Used by permission of the publisher. 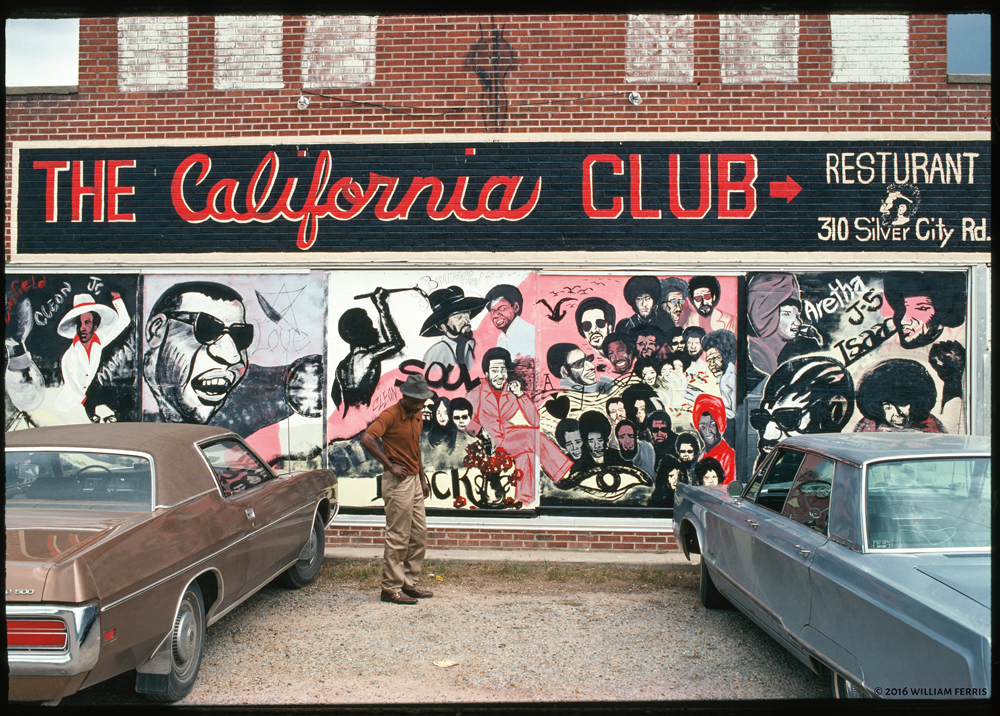 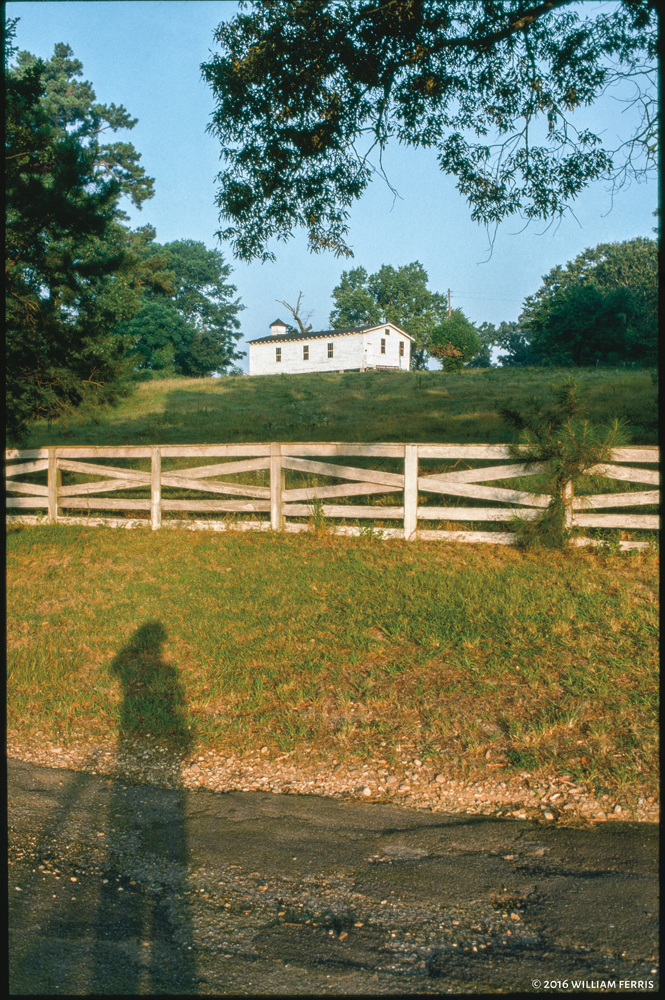 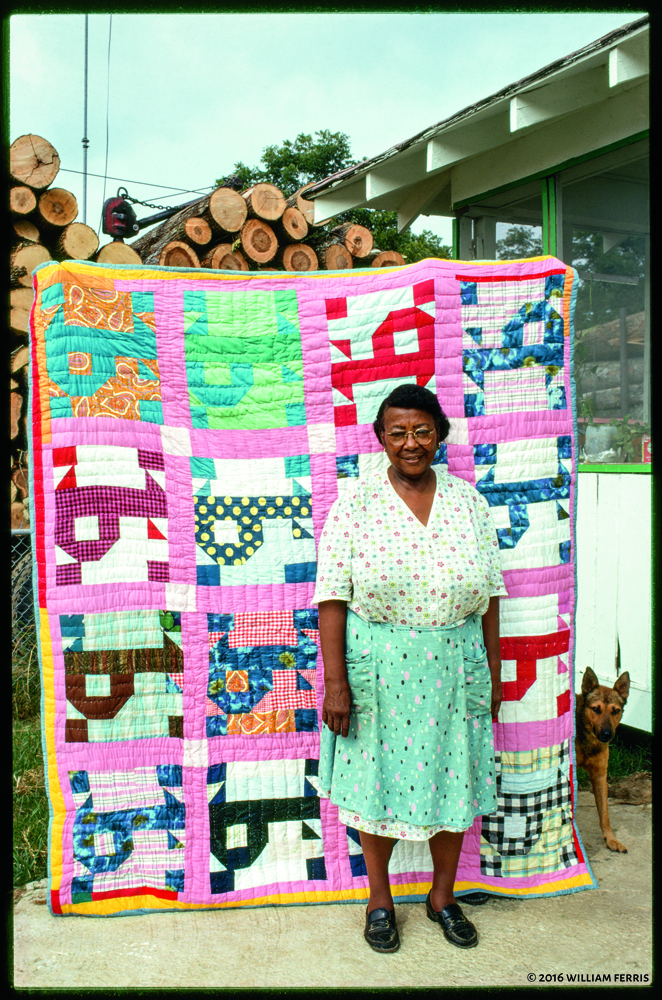 ©William Ferris, Pecolia Warner with her “P” quilt, Yazoo City, Mississippi, 1975, from The South in Color 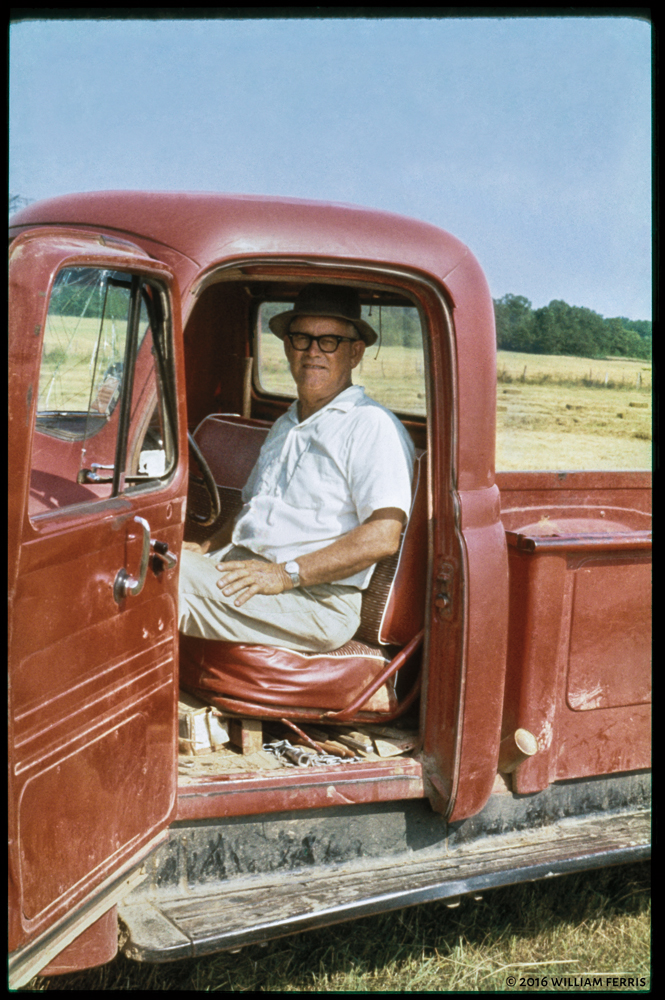 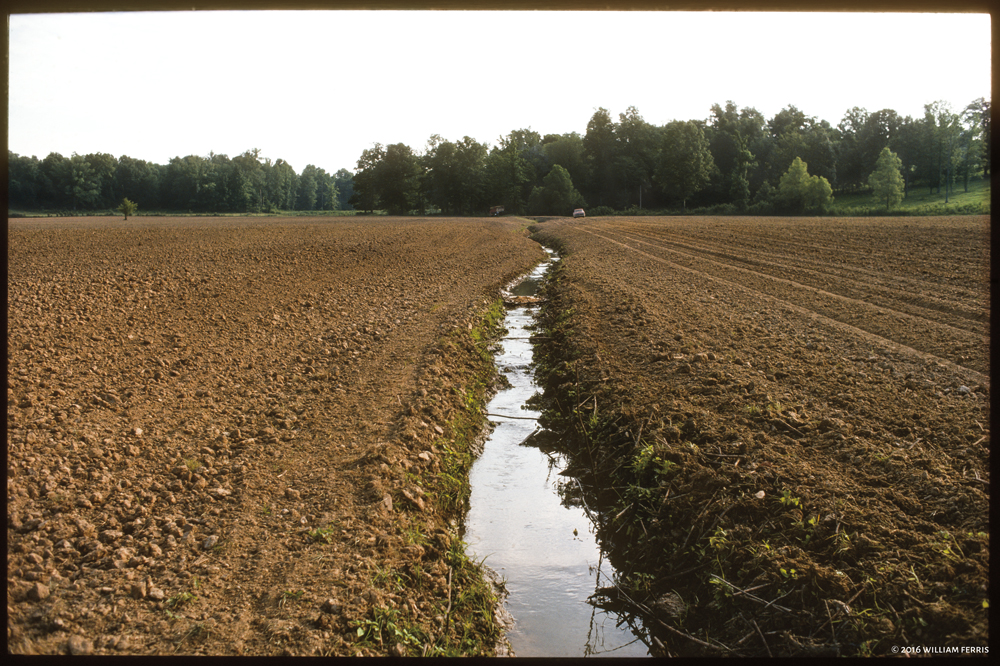 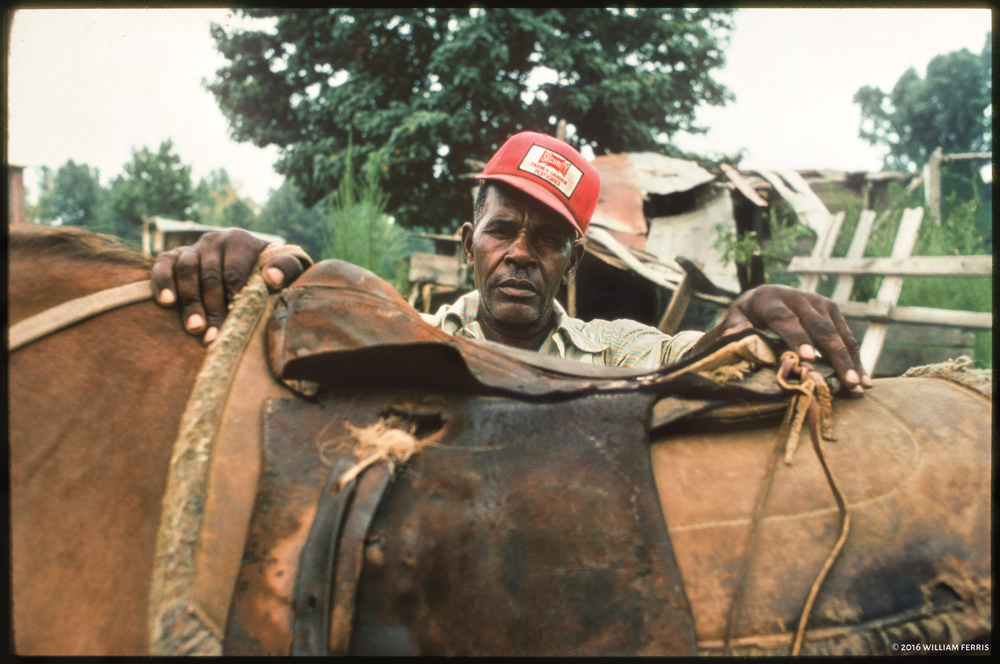 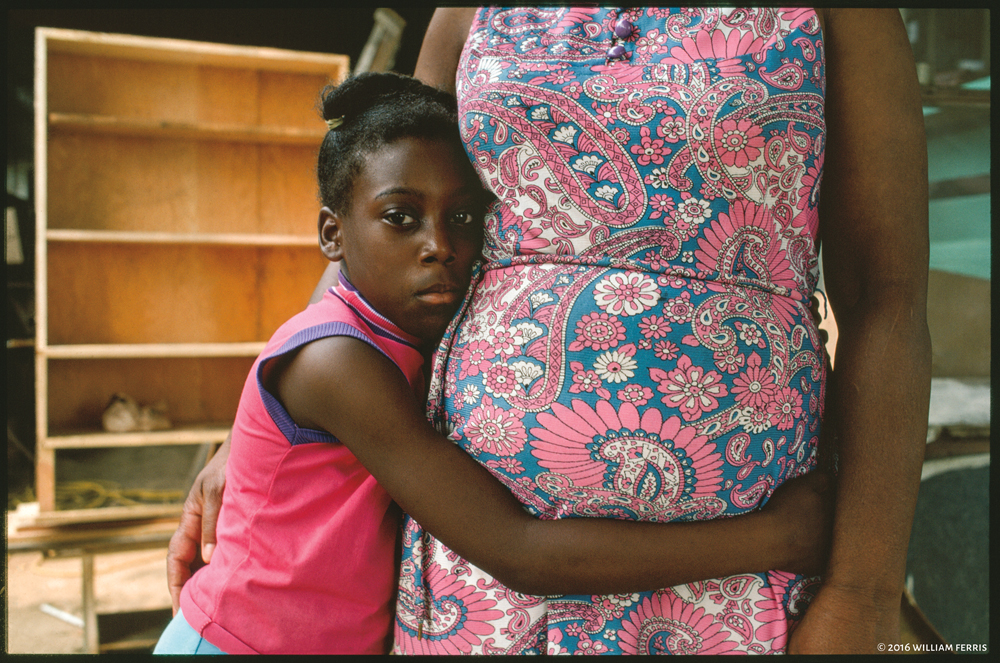 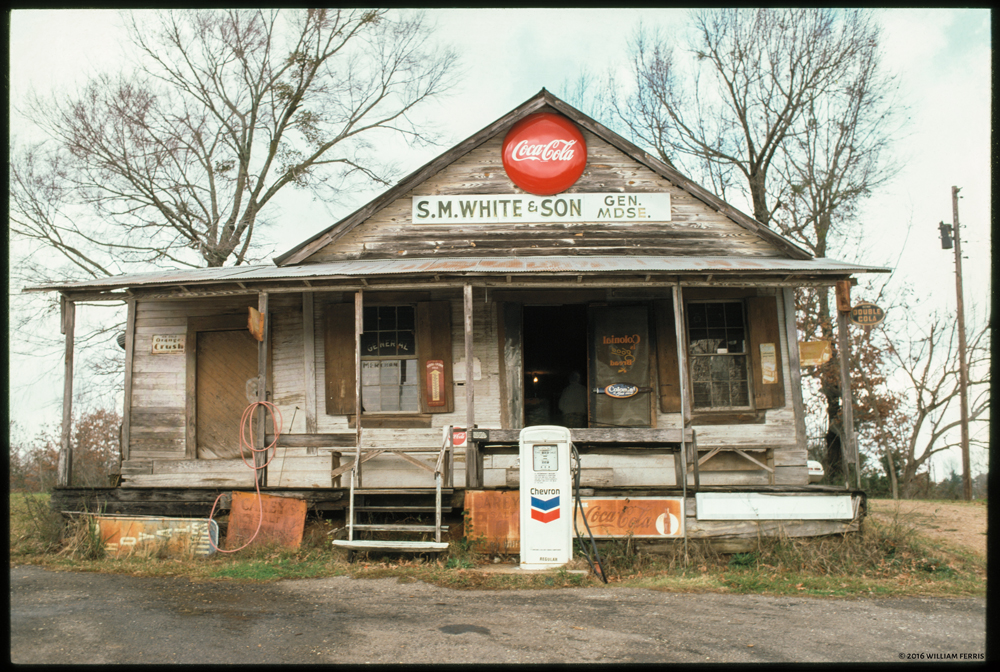 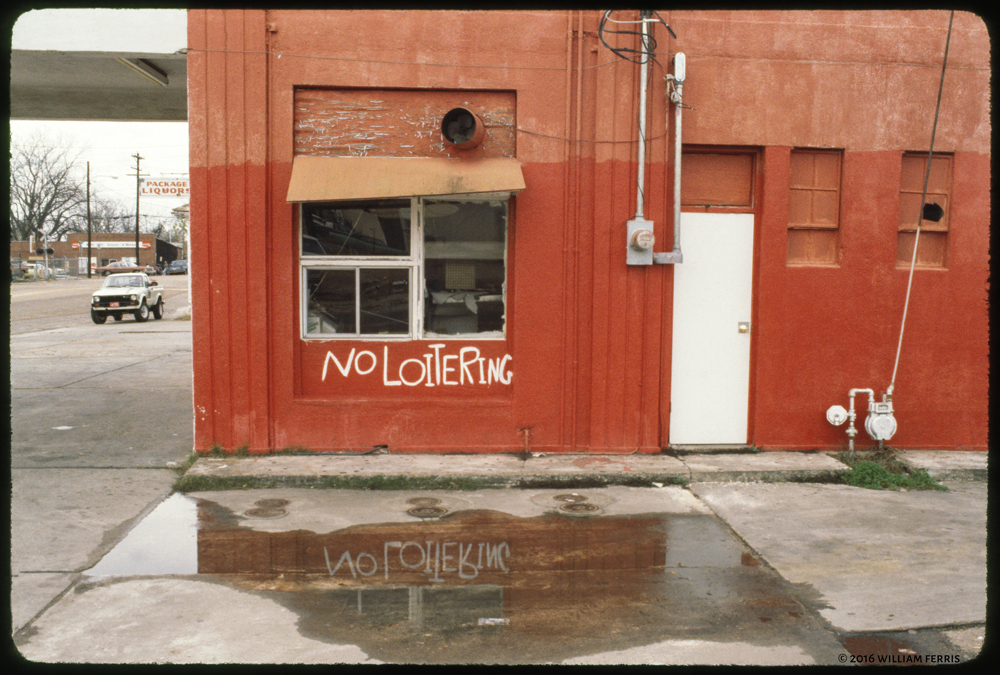 ©William Ferris, No Loitering sign, Mississippi Delta, 1975, from The South in Color