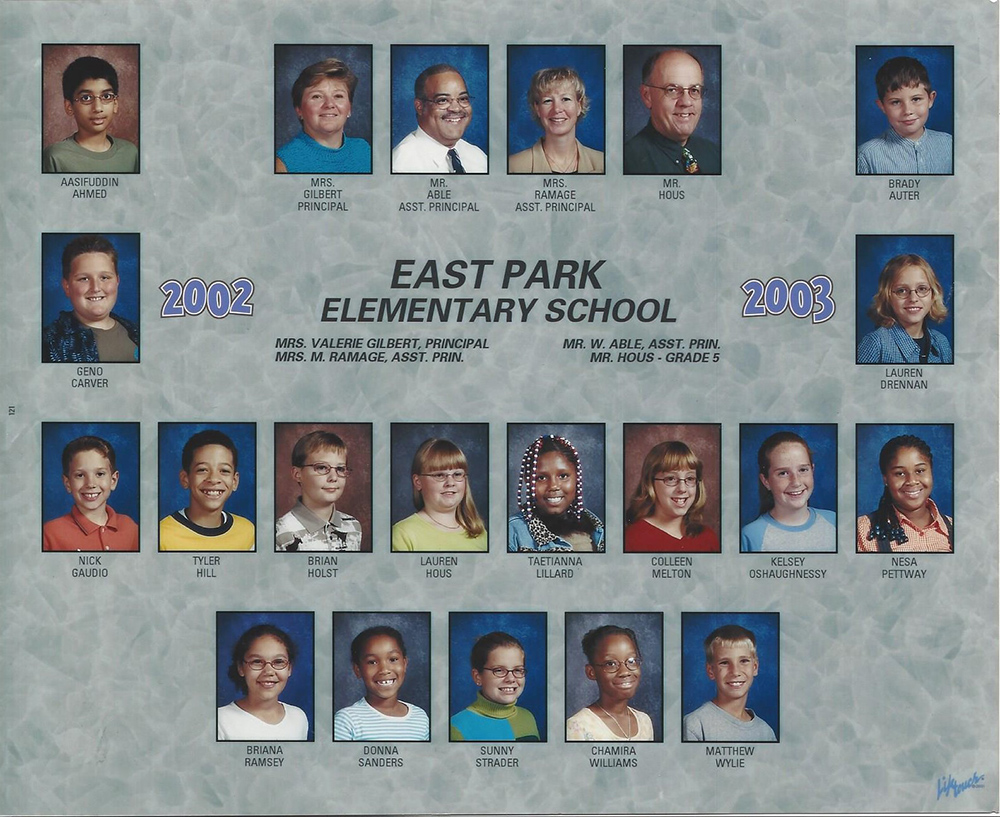 I’m sure we all have imagined an opportunity to go back in time and connect with people from our past, in particular school mates that shared in our growing up. Facebook and class reunions have afforded a bit of that investigation, but photographer Sunny Strader has made a concerted effort to find, photograph, and interview 17 classmates who were all members of the 2002-2003 gifted class at East Park Elementary school in Danville, Illinois. She focuses on her 5th Grade Class in her series, 5th Grade Dreams. She has created a comprehensive website and will be exhibiting the work in Danville from Oct. 12 — Nov. 15th. This project is a fascinating look at how life isn’t always a straight line, but more how we prevail and move forward, no matter the circumstances.

Sunny Strader (b. 1991) is a photographic artist based in both Los Angeles and Illinois. Sunny uses textand image to explore the emotional nuances of people who are often overlooked. Her work has been published by Aint-Bad, The Strange Fire Collective, Instagram, Bird in Flight, and NPR. She was most recently named a winner of the Magenta Foundation’s Flash Forward competition and a finalist for the Lucie Book Prize. 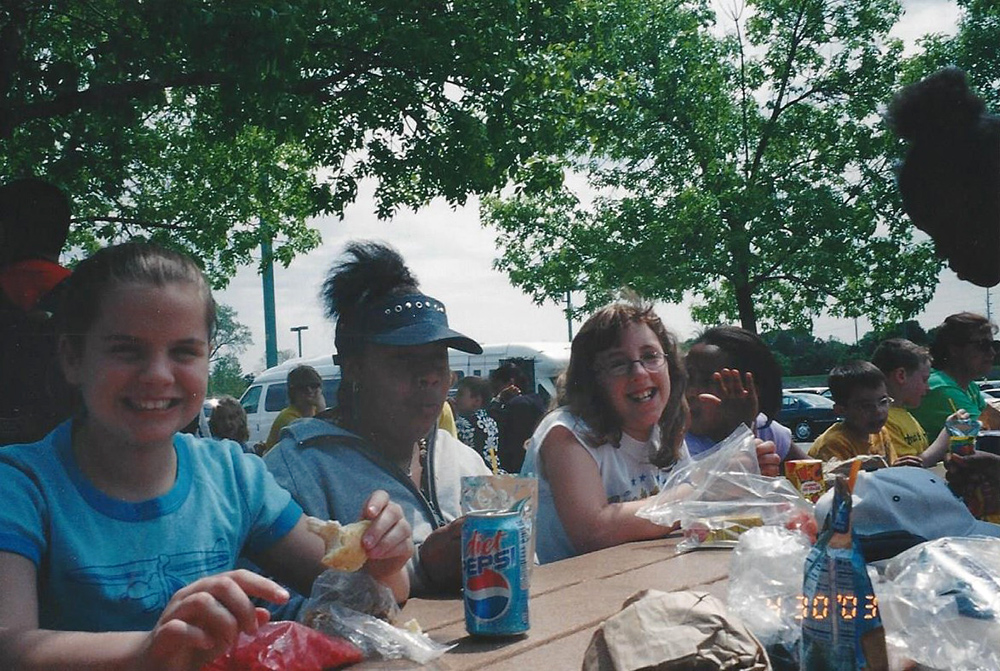 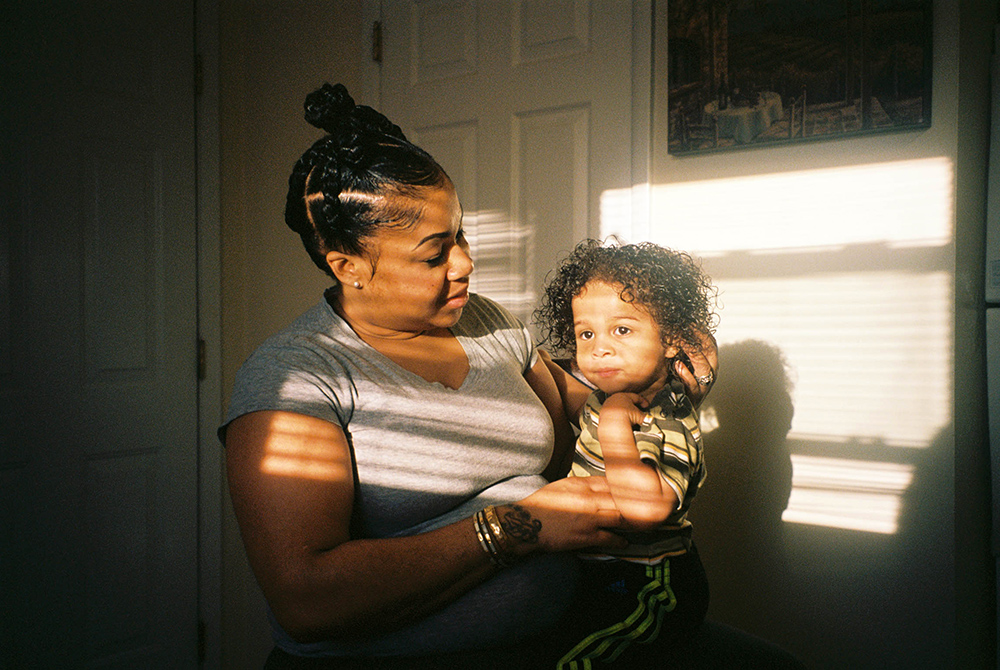 ©Sunny Strader, Nesa dotes on her youngest child, Justus, in the family’s kitchen in Urbana, Illinois. Nesa and her boyfriend of three years, Jesse, raise the children and record music together in their home studio. In elementary school, Nesa wanted to be a singer like Keyshia Cole. “She totally got out of the ghetto, and that’s how I always wanted to be.” from 5th Grade Dreams

‘5th Grade Dreams’ explores the adult lives of my fifth-grade classmates, all of whom have an IQ of 120or higher. We attended East Park Elementary School in Danville, Illinois from 2002-2003.

There are 17 of us, and 16 agreed to participate in the project. Six are parents, eight graduated from college, eight live in Danville, and one is married.

For the past two years I’ve been traveling throughout the Midwest in an effort to reconnect with each classmate and reflect on the present, past and future. While I’m not yet entirely sure what the project is“about,” I believe it reveals some of the nuances of being a millennial, being bright, being born in an old rust belt town. The work also explores dreams — the ones we chase and the ones we defer. 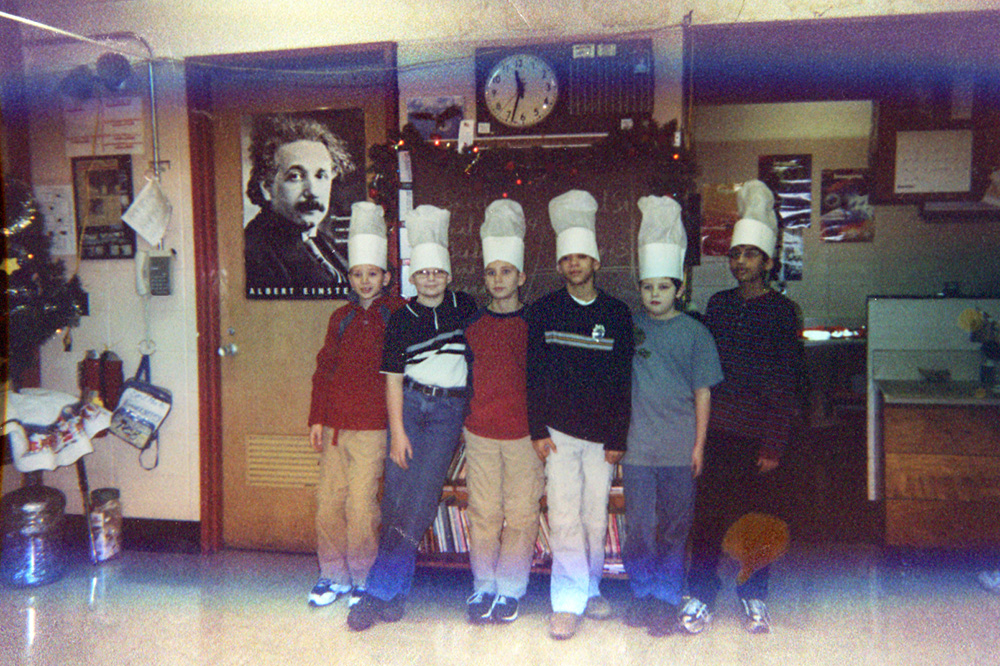 ©Sunny Strader, The boys from our fifth-grade class, 2002. 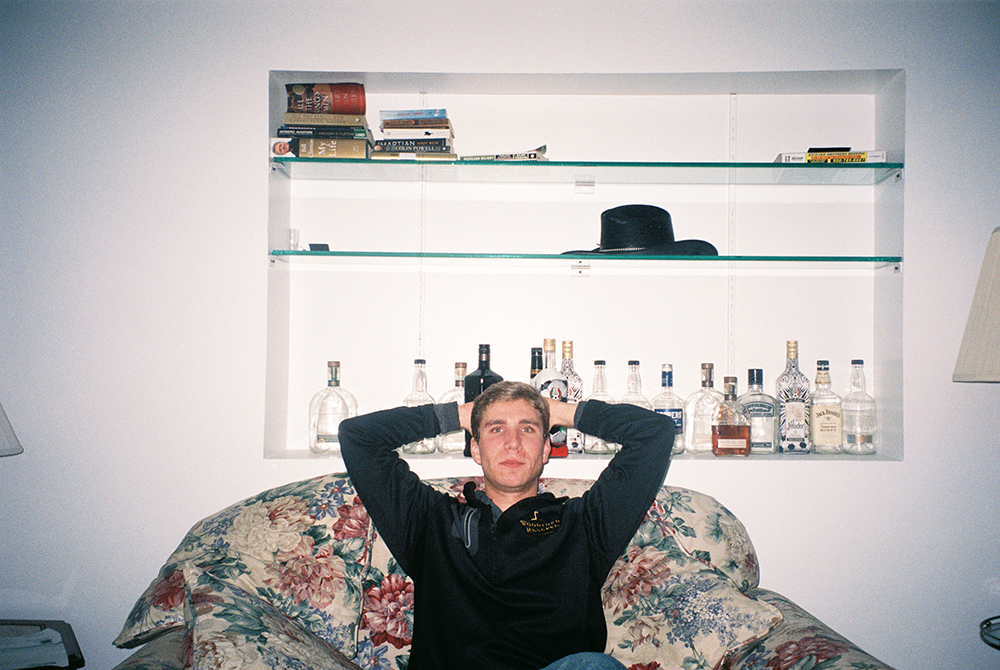 ©Sunny Strader, Matt relaxes at home after working as a project engineer at Woodford Reserve in Louisville, Ky. He’s the only student who did not graduate from Danville High School; his family moved to Kentucky the summer after fifth grade. 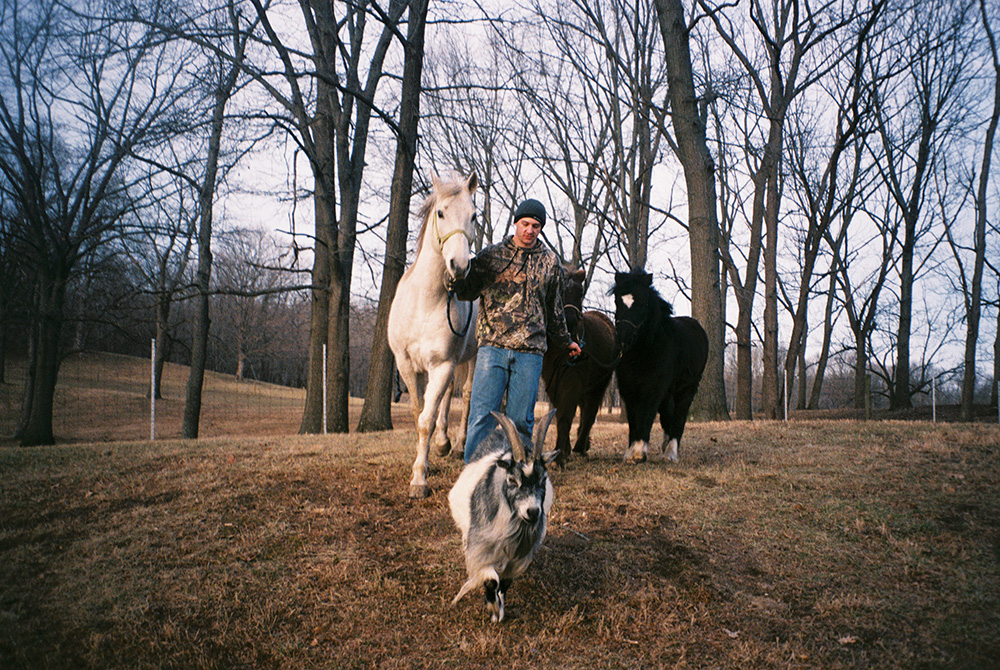 ©Sunny Strader, Brian walks his family’s farm animals from their pens to the barn in Danville. Brian served in the Navy for four years – staying in 12 different countries before returning home to care for his ailing grandfather. He moved to Colorado in early 2018 and I have not heard from him since. 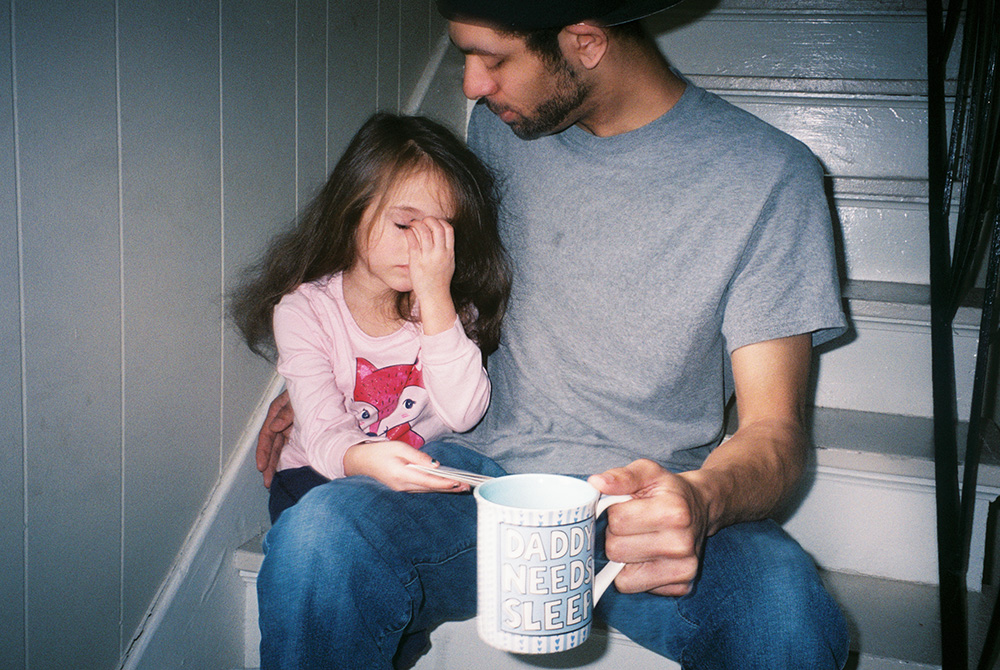 ©Sunny Strader, Tyler and his daughter, Eisley, photographed at home in January 2018. Tyler recently purchased a home in Danville with his girlfriend, and the couple blended their family. 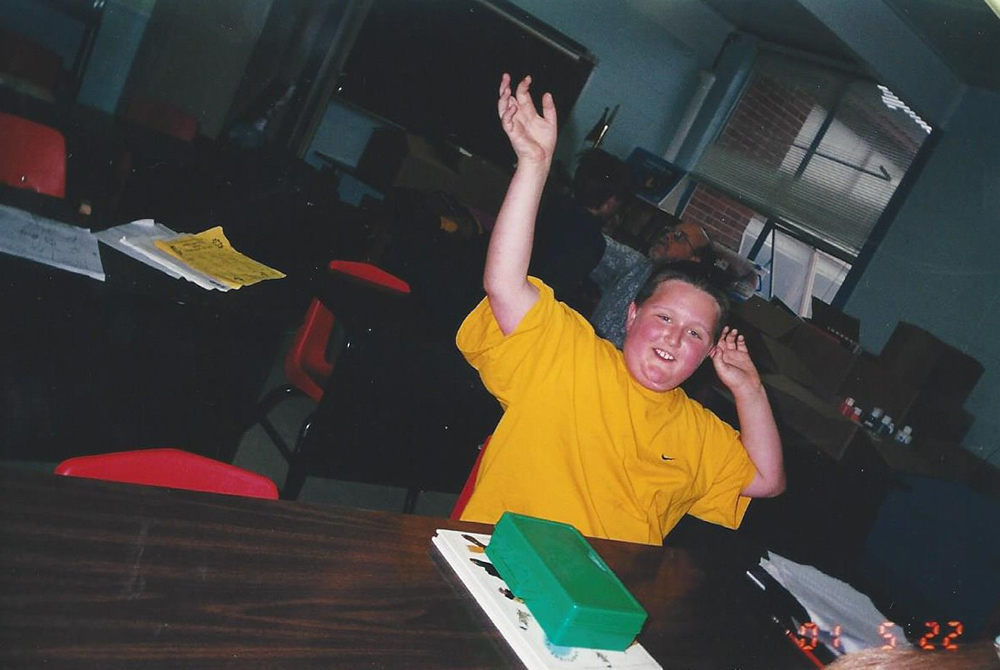 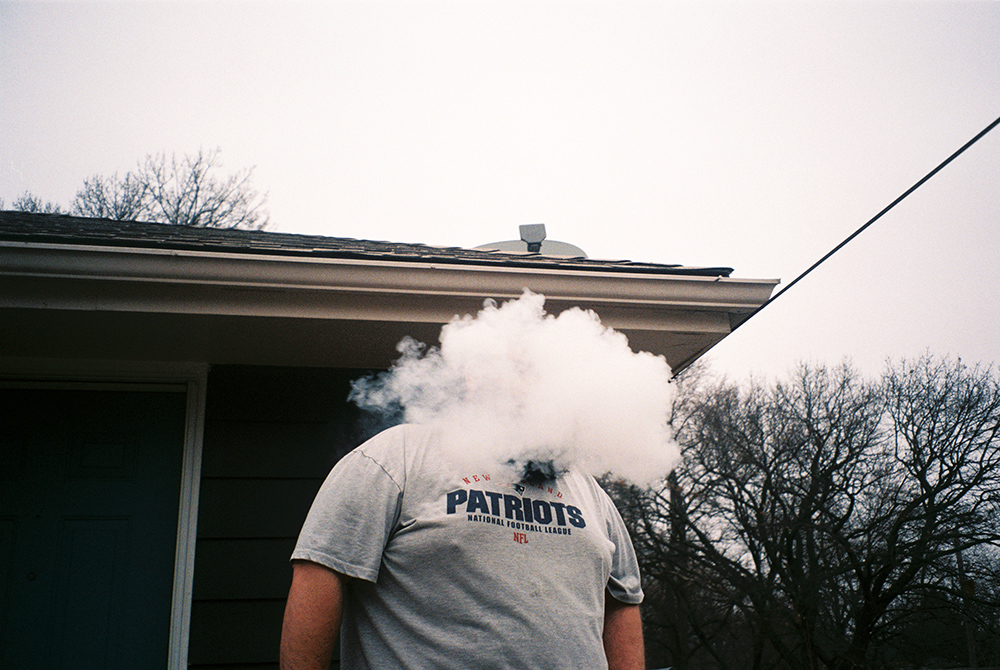 ©Sunny Strader, Geno, a member of my fifth-grade class, smokes a vape pen after moving his furniture into a U- Haul truck in Des Moines. He made to move to Des Moines in 2015 to be near his father and escape the riffraff in our hometown of Danville, Illinois. 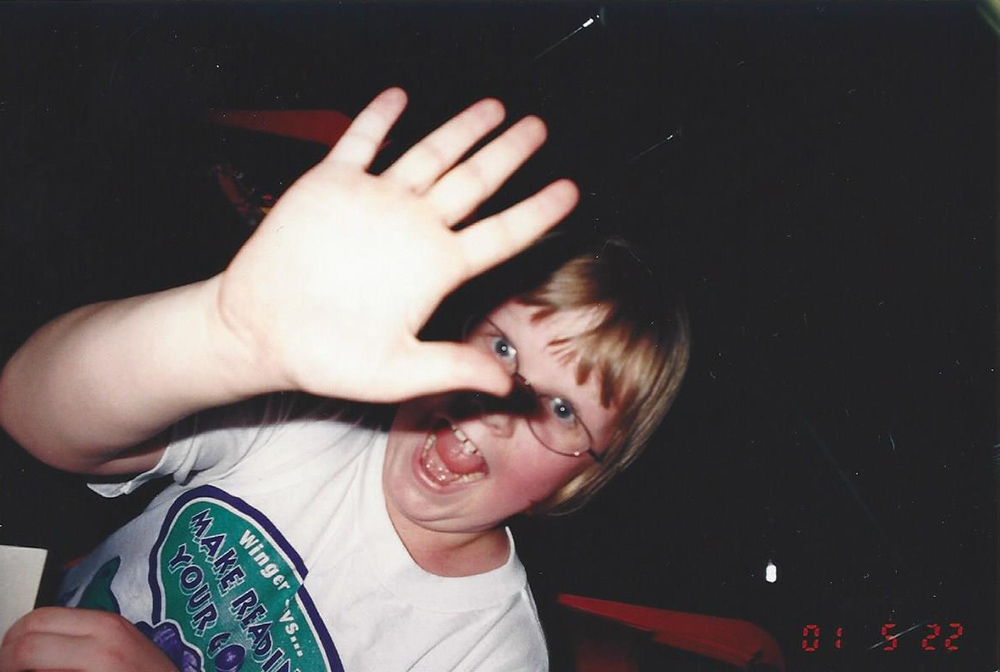 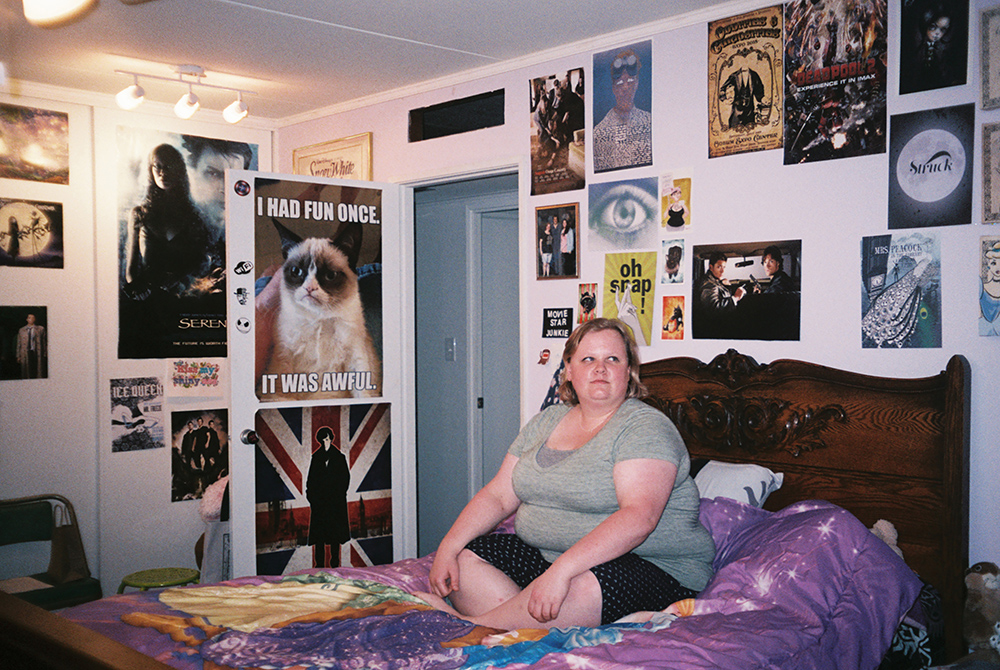 ©Sunny Strader, Lauren H. photographed in her bedroom at the home she shares with one of her best friends. Lauren works as a drama and English teacher at the high school next door to her home. 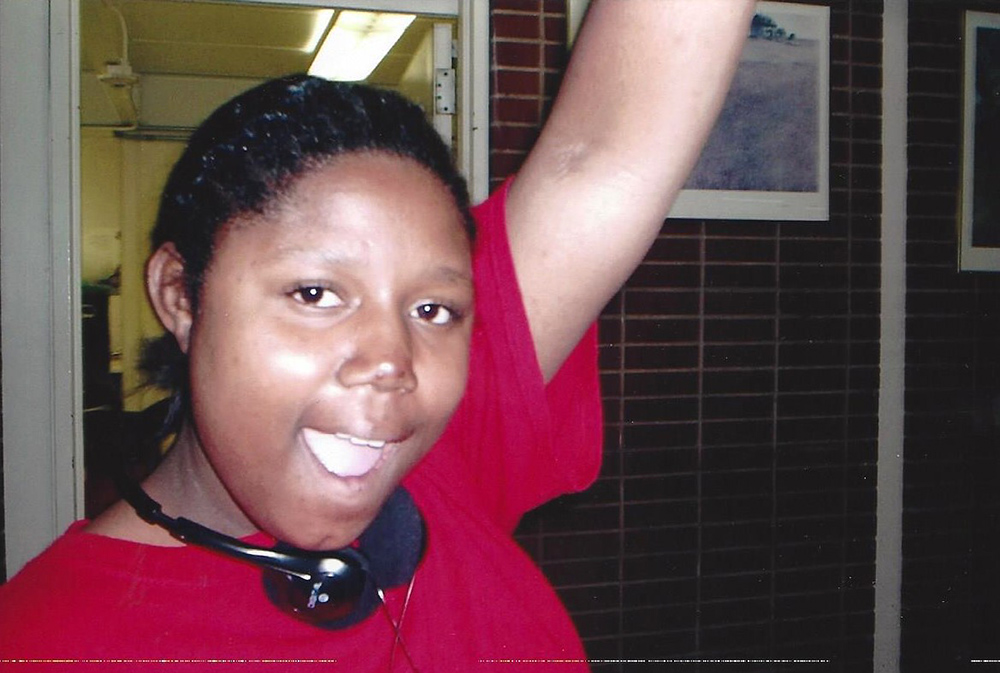 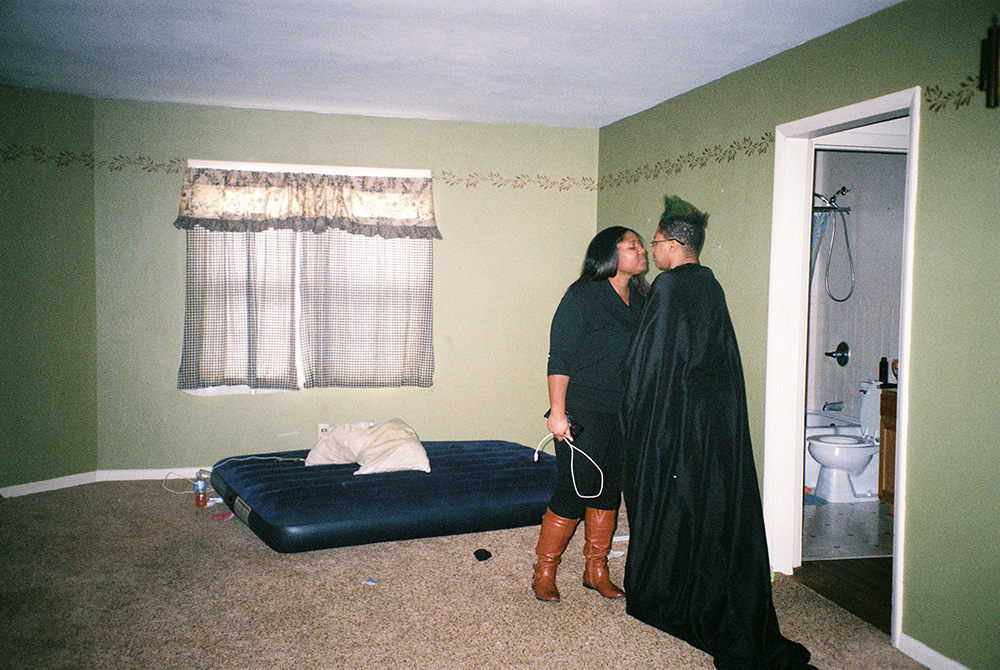 ©Sunny Strader, Tae’tianna says goodbye to her girlfriend, Nuk, before driving to Terre Haute, Ind. to work in customer service at an AT&T call center. She quit the job the following week. Danville, Ill. 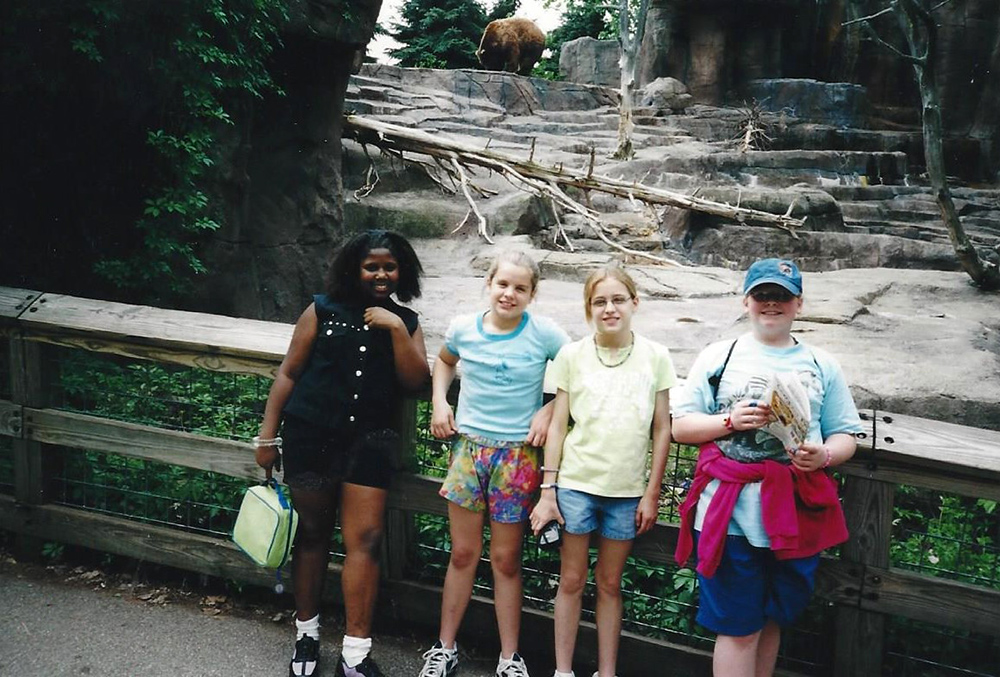 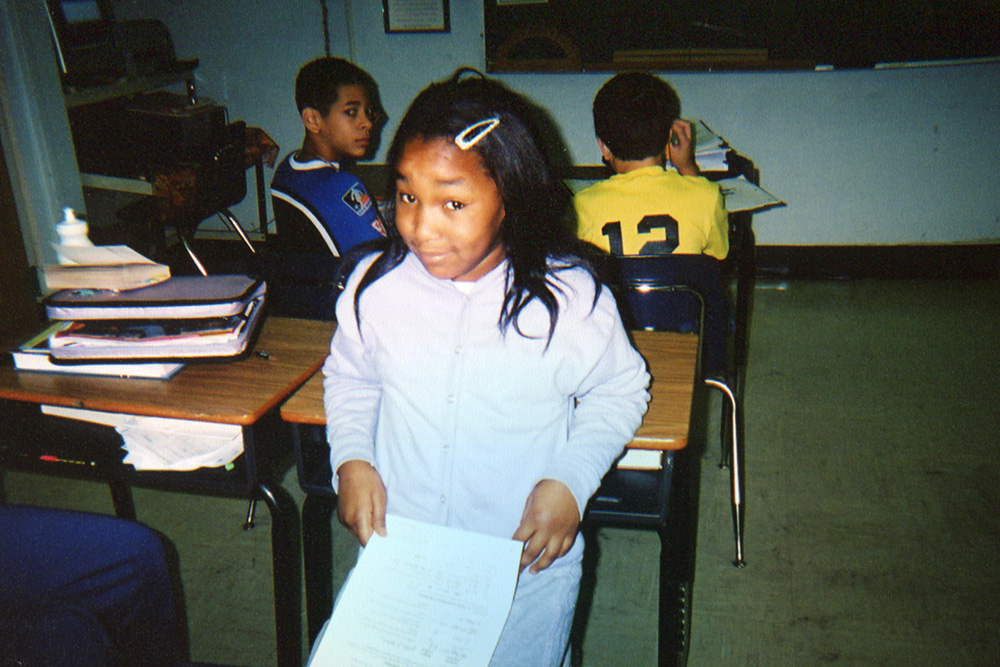 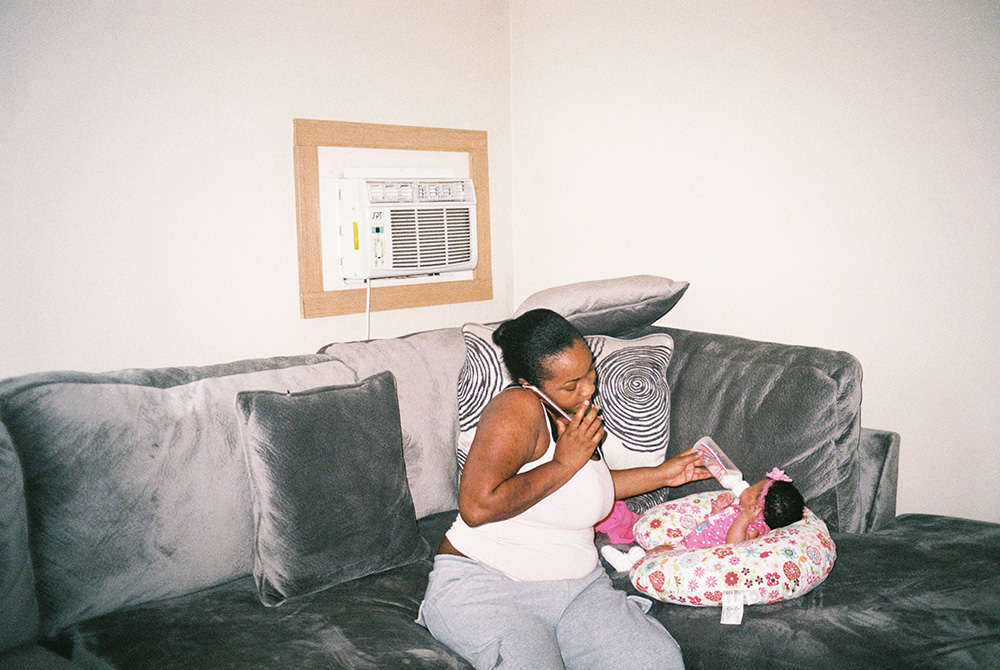 ©Sunny Strader, Donna feeds her one-month old daughter, Lyric, at the home she shares with her boyfriend and other two children. 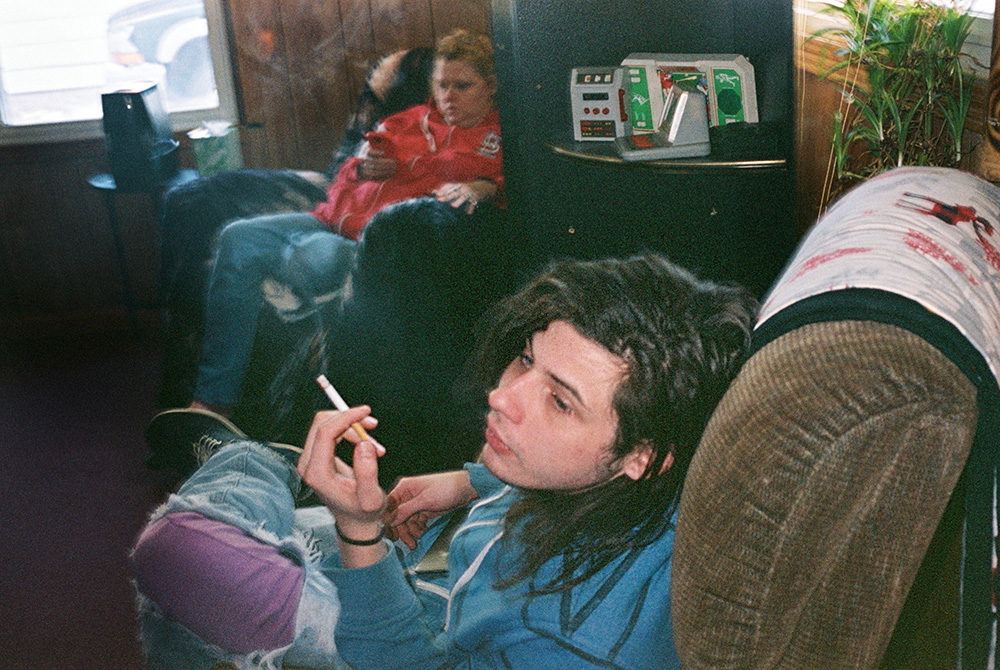 ©Sunnt Strader, Brandi watches the Ellen DeGeneres Show at her mom’s house in Danville. Brandi is undergoing hormonal treatment to make the transition from male to female. 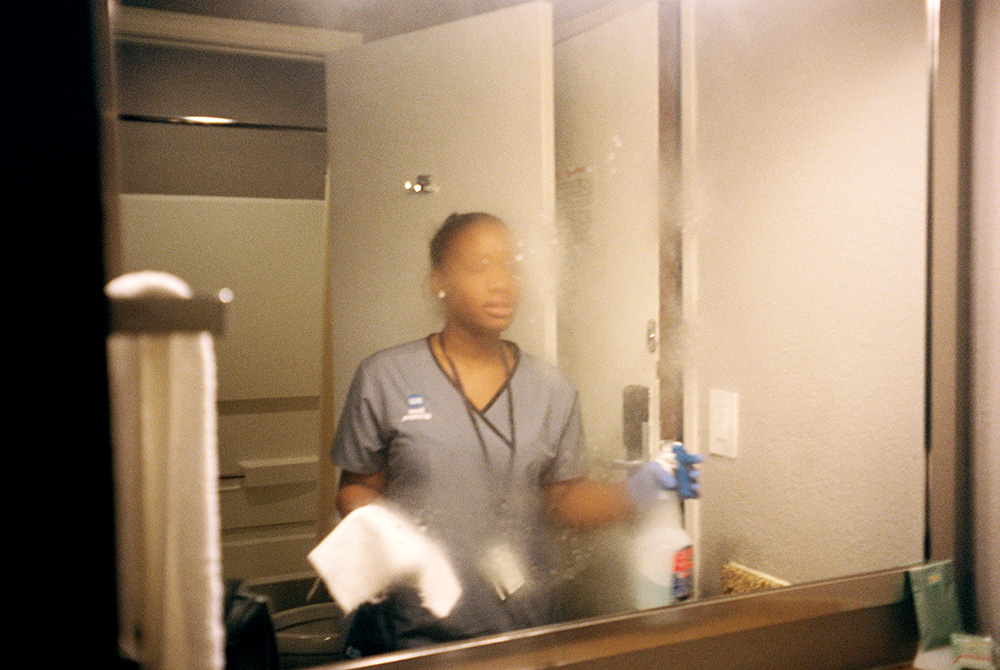 ©Sunny Strader, Chamira cleans hotel rooms at the Best Western Riverside Inn in Danville, 2019. Chamira was on track to attending nursing school before she was shot in the stomach by a stray bullet in Chicago in August 2018. “Everything’s had to be put on hold for now. This is job where I can sit and rest when my nerves start burning.” 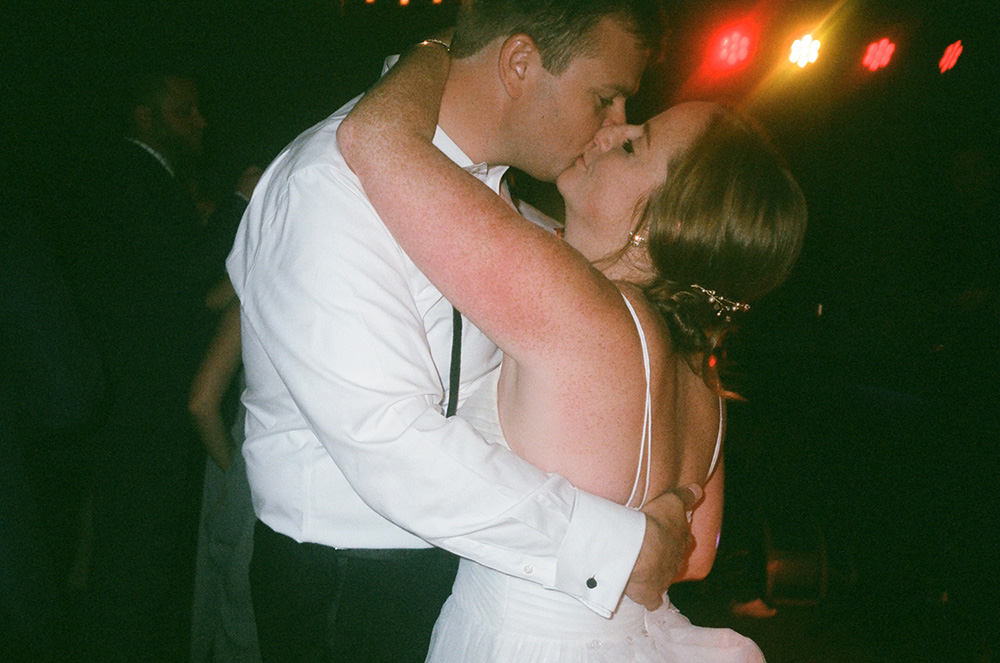 ©Sunny Strader, Lauren D. and Lauren H. are both engaged to be married in 2020. 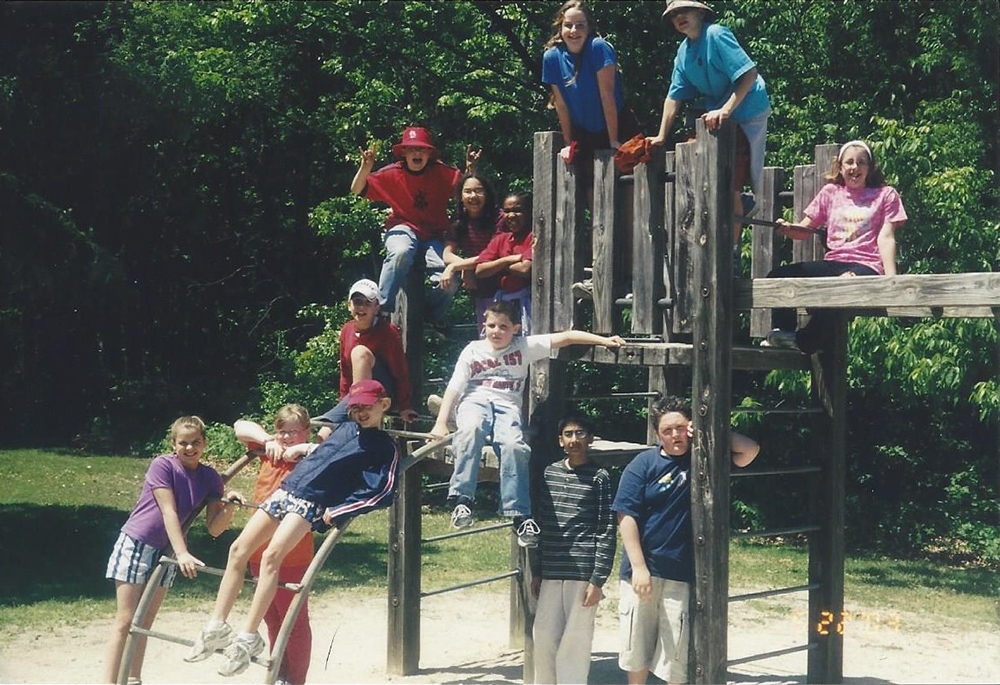 ©Sunny Strader, Some members of my fifth-grade class on a field trip photographed in 2003 at Kennekuk County Park in Danville, Ill

NEXT | W|ALLS: Defend, Divide, and the Divine Exploring Barriers, Real and Perceived Exhibit at the Annenberg Space for Photography >
< Josephine Sacabo: Moments of Being and Structures of Reverie | PREV