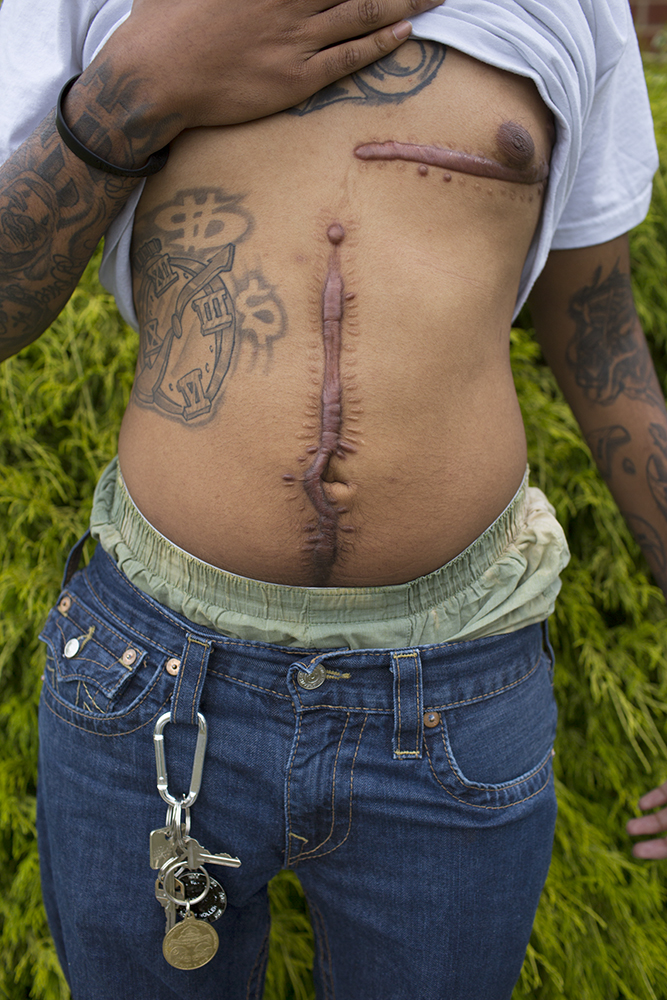 American Truth is a new exhibition that explores the subjectivity of truth, specifically in photographic work–indeed a timely and important subject in today’s current waters. The exhibition is curated by Jasmine Wahi, founder and co-director of Project for Empty Space, a nonprofit arts organization in Newark, New Jersey and will be on display at the SVA Chelsea Gallery, 601 West 26th Street, 15th Floor, New York City through December 14th. American Truth will feature lens-based works from 20 artists–all SVA graduates.  Each artist brings to the show their own American truth, from small communities in the midwest, to mass incarceration and gun violence. The Reception is on Thursday, November 21, 6:00 – 8:00pm with a Panel Discussion of the work, Truth & Reconciliation, will include artists Kathy Shorr, Melvin Harper, Brian Finke and Hector René Membreno-Canales on Wednesday, December 11, 6:30pm.

“It is my hope that the work in American Truth inspires you and your biases, beliefs and truths to wrestle with what makes this time, space and place what it is today,” says Wahi. “The work is intentionally complicated, messy, edited and enhanced. It is a pastiche of events, lives, landscapes; of heartaches and joys; of grave and grotesque violence; of the utterly mundane and quotidian; of the filthy, visceral and pungent truths that make this country—the land of the imprisoned, the land of the slain, the land of the free—the multilayered place that it is.” 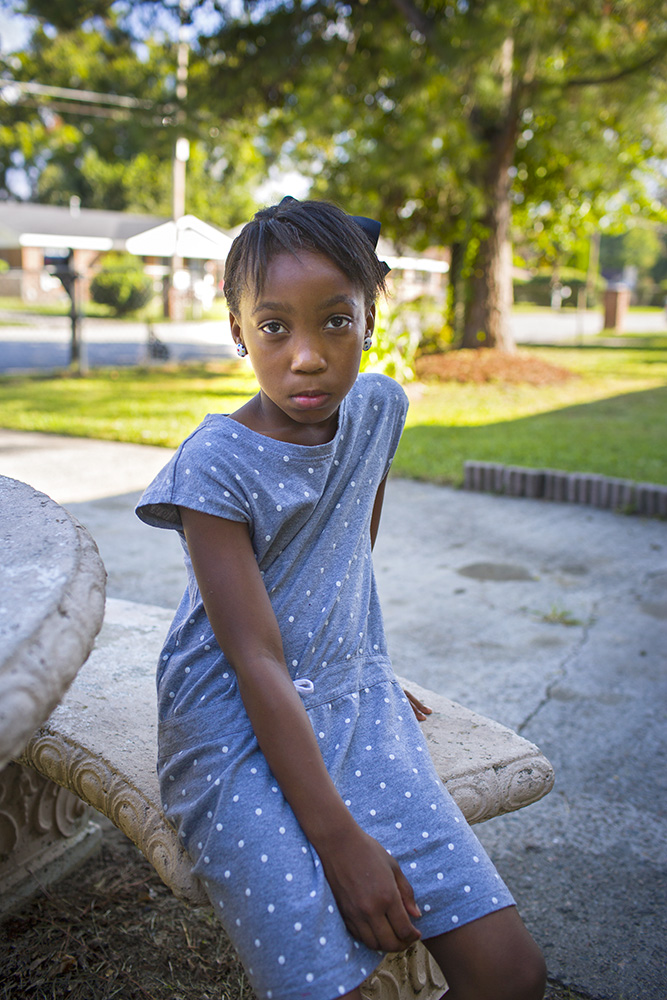 ©Kathy Shorr, Taniya, Augusta Georgia, 2015, Eight-year-old Taniya was shot by another third-grader in their classroom. The boy had found the gun in his home and brought it to school. Augusta, Georgia, 2015. Photograph taken in 2015. Image Courtesy of the Artist

Kathy Shorr was born in Brooklyn, New York. Her work crosses the borders of documentary, portraiture and street photography. She received her undergraduate degree in photography from the School of Visual Arts and has an MS in Education, earned while working as a New York City Teaching Fellow working in the public schools in crisis. Her work has been shown in galleries throughout the United States and Europe including the celebrated Visa Pour L’Image for photojournalism in Perpignan, France. She lives and works in New York City. 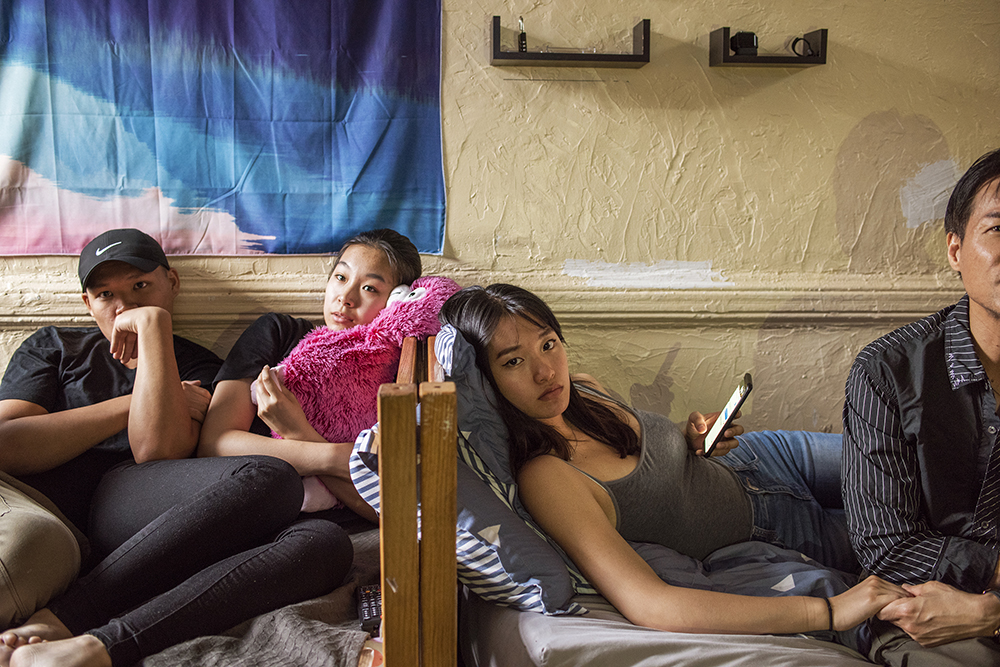 Thomas Holton received his MFA from the School of Visual Arts in 2005. His work has been exhibited widely, including venues such as the New York Public Library, The Museum of the City of New York, The China-Lishui International Photography Festival and Sasha Wolf Gallery. “The Lams of Ludlow Street” was featured in Aperture (2007), featured three times by The New York Times (2008, 2012 and 2016) as well as in numerous other magazines, newspapers and websites. Kehrer Verlag published his first monograph, “The Lams of Ludlow Street,” in 2016. He lives in Brooklyn, NY with his wife and family.

Hector René Membreno-Canales was born in San Pedro Sula, Honduras and raised in Allentown, Pennsylvania. After serving in Iraq he used the Post 9/11 G.I. Bill to move to New York City and study Photography at the School of Visual Arts and earned his MFA from the Dept. of Art & Art History at Hunter College, the City University of New York. He’s served more than 10 years in the U.S. Army as a press officer with several international posts including Iraq, El Salvador, and Poland. He continues to work as an educator, photographer, and visual artist. He is a contributor at Military News & Culture site Task & Purpose, and faculty member of the Art Dept. at Phillips-Academy, Andover.

As a student, Membreno-Canales was an intern at Stephen Mallon Films, Magnum Foundation, The Museum of Modern Art, and Hank Willis-Thomas’ Studio. His work explores official histories, American patriotism, and the so-called Military-Industrial Complex. His photographs have been featured and reviewed by The New York Times, CNN, The Columbia Journalism Review, Reuters, L’Oeil de la Photographie, aCurator, and The New Republic. His artworks have been exhibited and collected by museums and galleries both in the United States and internationally. 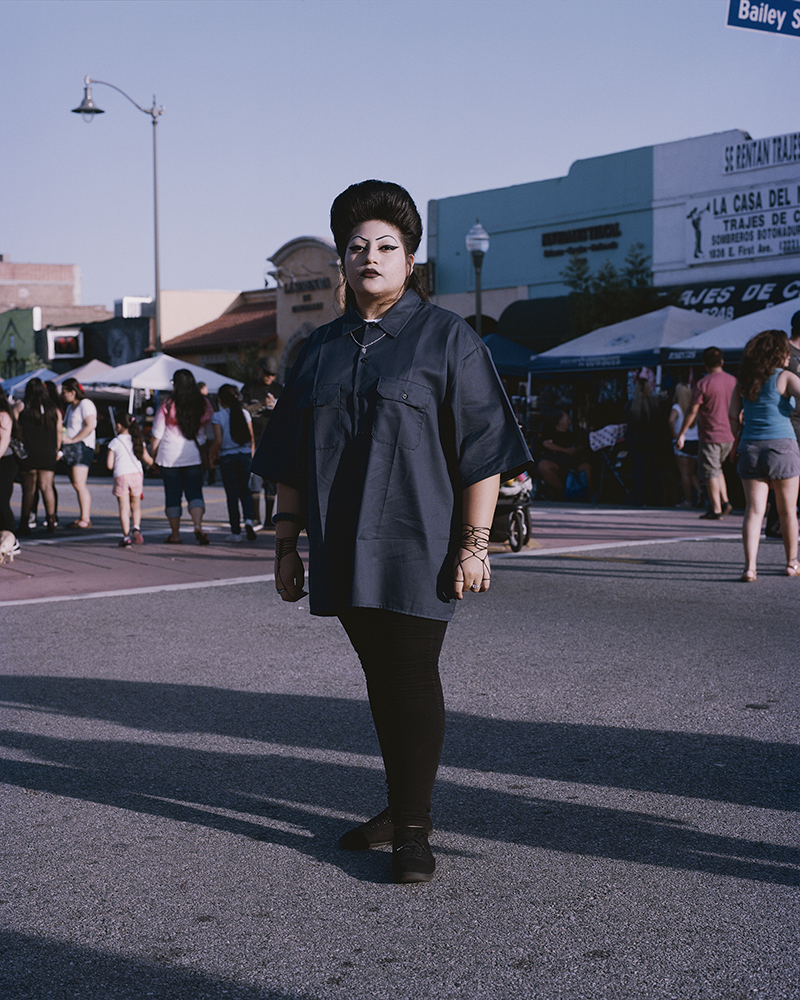 Star Montana (1987) is a photo-based artist who lives and works in Los Angeles, CA. She was born and raised in the Boyle Heights neighborhood of East Los Angeles, which is predominantly Mexican American and serves as the backdrop to much of her work. Montana received her BFA from the School of Visual Arts in 2013 and is currently working on her Masters of Fine Art at USC.

Montana’s imagery deals with class, social environment, and identity within the personal, her family. “Three dots and Tear drops,” a long term project with her family that has dealt with fragmented histories, loss, and the hope of the next generation was on view at the Vincent Price Art Museum and the UCLA Chicano Studies Research Center. More recently, she has begun to work on her themes within a larger scope of Los Angeles residents via portraiture and video which resulted her in most recent solo show “I Dream of Los Angeles” at the Main Museum.

Jaime Permuth is a Guatemalan photographer living and working in New York City. He is a faculty member at the School of Visual Arts in the MPS in Digital Photography program and at New York Film Academy’s Conservatory Program in Photography.

In 2018, 24 works from his series “The Street Becomes: were exhibited at the Museo Nacional de Arte Moderno, Guatemala City. Also in 2018, the series was a finalist for the following competitions: Getxo Photo Open Call (Getxo, Spain), Fiebre Photobook Festival (Madrid, Spain) and FELIFA (Buenos Aires, Argentina). 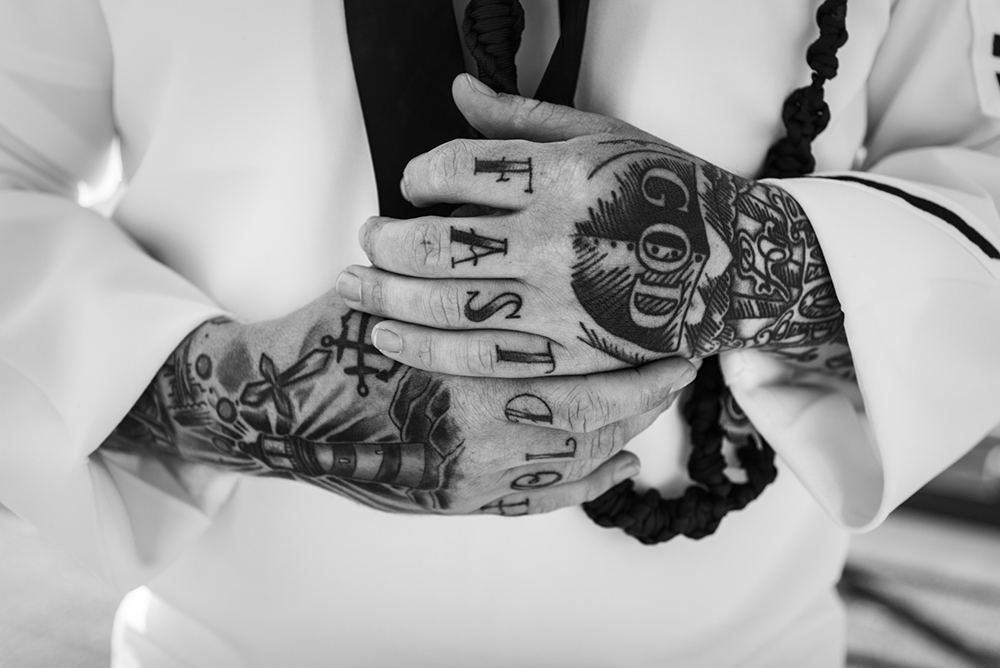 Katheryn Mussallem is an internationally published photographer and exhibiting artist. Recent group exhibitions include New York NY, London UK, Leiden Netherlands, Denver CO, Minneapolis MN, Vancouver BC and Ottawa ON. Mussallem received a BFA (Photo) and a Master of Applied Arts in Visual Arts from Emily Carr University of Art + Design in Vancouver BC and a MPS in Digital Photography from the School of Visual Arts in New York NY. Mussallem is currently an instructor of photography, digital media and visual arts at Emily Carr University of Art + Design in Vancouver BC, Canada. Mussallem was the winner of the Canadian National Prize at the 2016 Sony World Photography Awards. 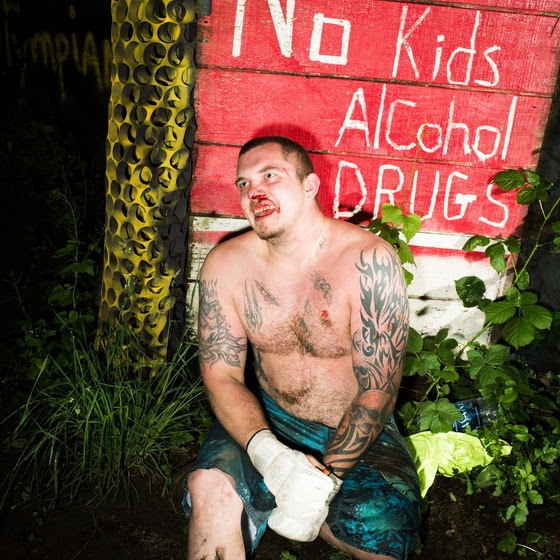 Brian Finke’s visual cultural commentary focuses on authenticity and the absurdity of everyday life and the range of human behavior. A stylized documentarian and trained photojournalist, Finke’s honesty and intimacy when capturing subjects strikes at the core of contemporary life, with a uniquely American point of context and graphic sensibility. A graduate of the School of Visual Arts in New York City, Finke received a BFA in photography. He is the author of several books and his first monograph was named one of the best photography books by American Photo magazine.

Often with boundary pushing subject matter, Finke challenges the viewer to confront what is often right in front of them, with an almost surreal understanding of immediacy, time, and place. From street photography to commercial portraiture to fashion editorials, His immersion in culture-at-large creates imagery that is deeply tied to the political and emotional undertones of the modern world.

Earlier in his career, he was one of twelve artists nominated for the International Center for Photography’s annual Infinity Award, and he won a prestigious New York Foundation for the Arts Fellowship. His work has been placed in nine museum collections in the U.S. and abroad, and he shoots for editorial clients like National Geographic, The New Yorker and The New York Times, and commercial clients like Delta Airlines and Budweiser. A native Texan, Finke lives in Brooklyn and is passionate about travel, tattoos, barbecue and surfing.

*This exhibition has no affiliation or connection with The American Truth Project.