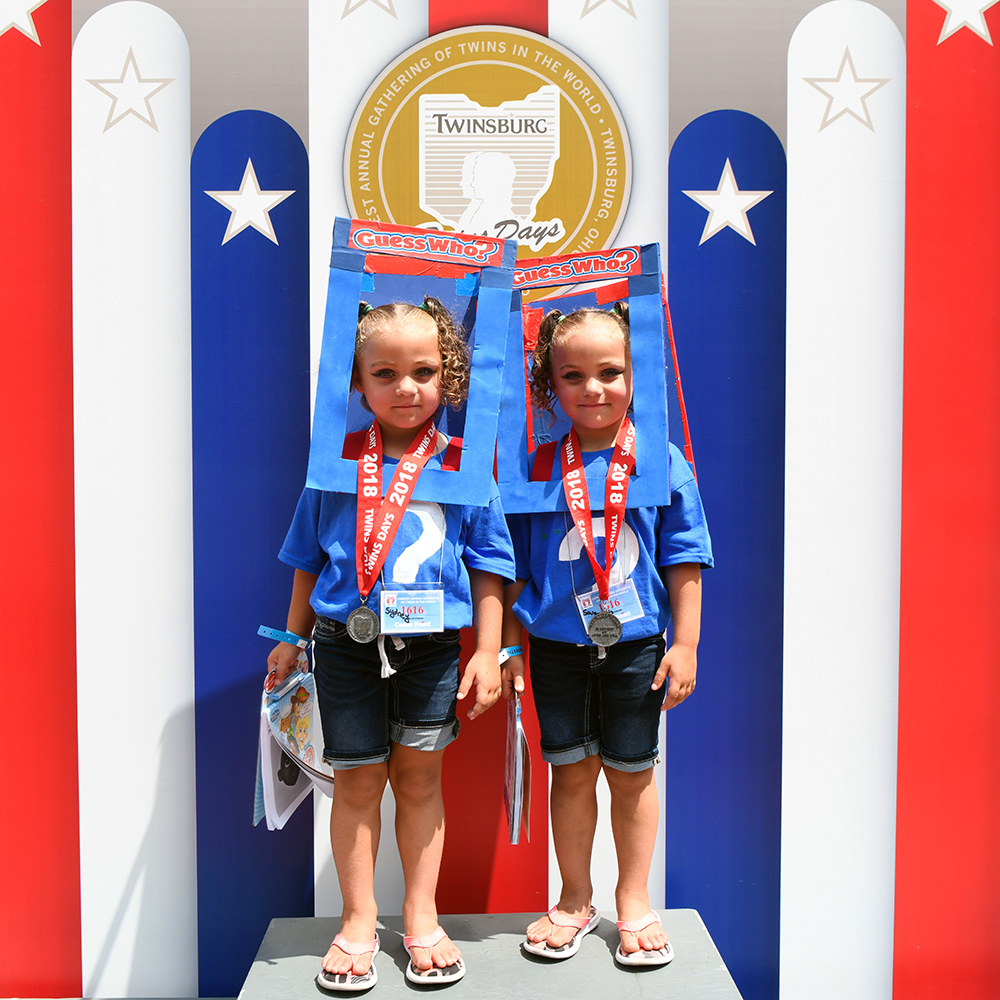 Twins have been considered a source of fascination and wonder and repulsion and fear since the beginning of recorded history. Mythology, religion, literature, film, and art use twins to represent magical powers of closeness and the opposite—discord and rage. – Psychology Today

This week in celebration of 2/22/22, we are featuring projects about pairs and diptychs and we start off with Elisa Haber‘s project, Twinsburg. I’m not sure why we are so fascinated by two people that look the same. Perhaps it begs the question, how is it possible to have a sense of self, when your self is intricately, emotionally and physically tied to another human? Is having a twin is a form of mirroring or are the differences bigger than we realize. Haber’s images were captured at the annual Twin celebration in Twinsburg, Ohio. Each year, there is a theme and the participants are encouraged to dress accordingly. There is levity and whimsy in these photographs, but they are also a reflection of the profound bonds of being a twin.

Elisa Haber, from New York City, is an editorial photographer, whose work has a strong emphasis on environmental portraiture. Elisa began her career in the documentary film world in the 1990s, and after attending Brooks Institute of Photography in Santa Barbara, she focused strictly on still photography. She began her career working for magazines such as Flaunt and Venice. Flaunt magazine hired her to photograph “Public Access Stars”, which inspired her to continue this on-going series which eventually evolved into a much larger project documenting over 20 cable tv access “celebrities”. Venice magazine launched her career into shooting Hollywood focused portraits. She has a portfolio ranging from film composers, such as Randy Newman, Mark Isham, and Elmer Bernstein. Her list of film directors ranges from Wes Anderson Alfonso Cuaron, Christopher Guest and Errol Morris. She has an extensive actor celebrity portfolio as well. Her true passion is photographing series of work with an Americana bent. Her latest series “Twinsburg” is going on its fifth year, following twins that attend a yearly Twins festival in Twinsburg, Ohio.

Elisa resides in Los Angeles with her daughter, husband and 3 dogs, and 2 cats. 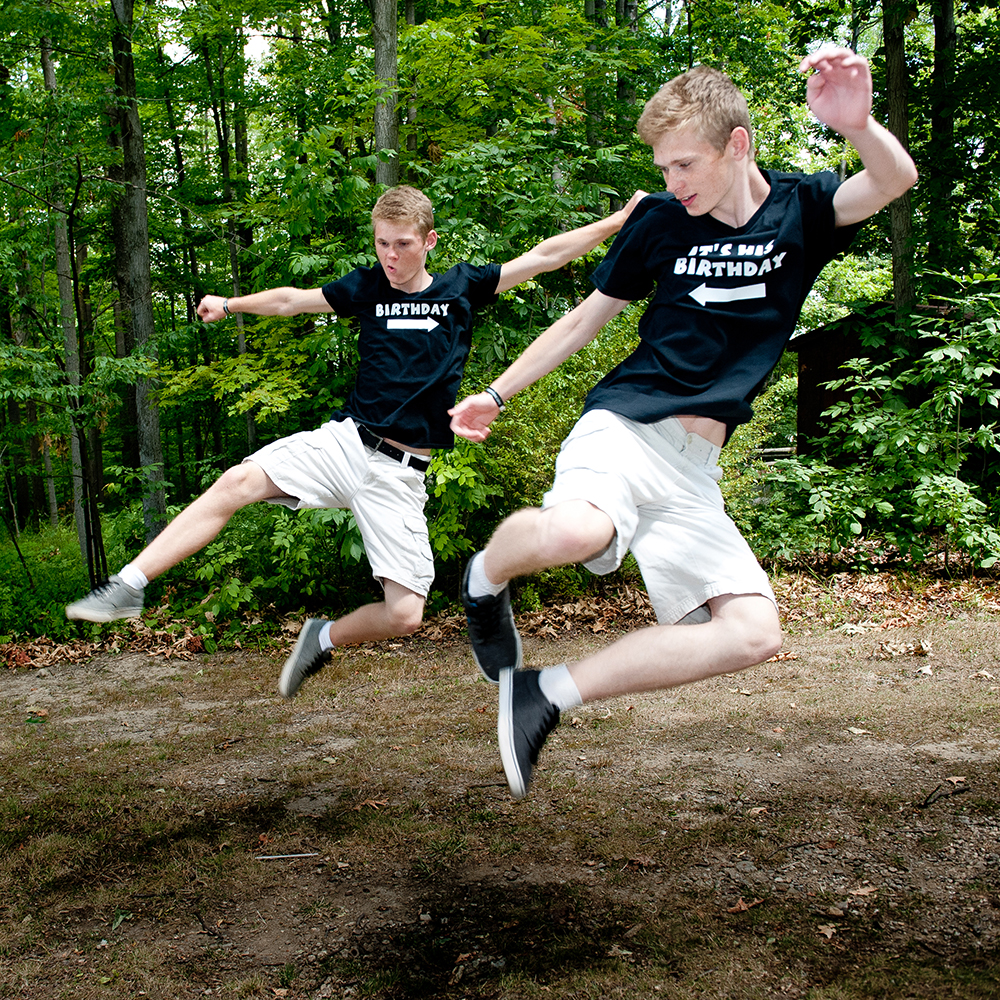 ©Elisa Haber, Jump for Joy on their Birthday’s, from Twinsburg

Twins. The closet bond between people. My fascination with twins began after an article I read in New York Times wrote about 46 sets of twins who were lost in the Twin Towers on 9-11. The loss was unimaginable, and many talked about taking their own lives, and some even remarried their spouse’s mate who were left widowed. I began to think about this bond, and secretly wished I had been a twin, even though I had a close sibling. In the Spring of 2014, I photographed a set of twins for another project I had been working on, and it was the two women who directed me to a Twins festival held every second weekend of the month in Twinsburg, Ohio. This was the start of my photographic journey.

Twinsburg, Ohio is 30 miles south of Cleveland in a perfectly Americana setting where people yearly line the streets on a hot August to watch the Twinsburg Doubletake Parade. The festival attracts over 2,800 set of Twins from around the world to congregate and meet up with fellow twins, triplets and quadruplets. I have spent the last 5 years photographing twins from 6 to 80 years of age. The process of photographing them is like reading a novel. What begins as a “snapshot” of them together, unravels into novel about who they are, their twin bond connection, and what brought them to festival. You can feel the sense of kindship, connection and acceptance at this festival which has drawn me to document it every year. Their stories and backgrounds are different, but they all share a something very powerful: a closeness that is unbreakable. I am hoping to convey with my photographs the essence and love of their relationship (s) between them.

On my last trip to Twinsburg in the Summer of 2019, I spotted a woman walking alone with a photo of her sister on a long stick. She told me she was still going to take her sister to the festival, who died a year before, because they had been attending for the last twenty years. This moment touched upon the reason I am there. I feel a deep connect to photographing and talking with people, and photographing twins for me is especially joyful and rewarding. -Elisa Haber 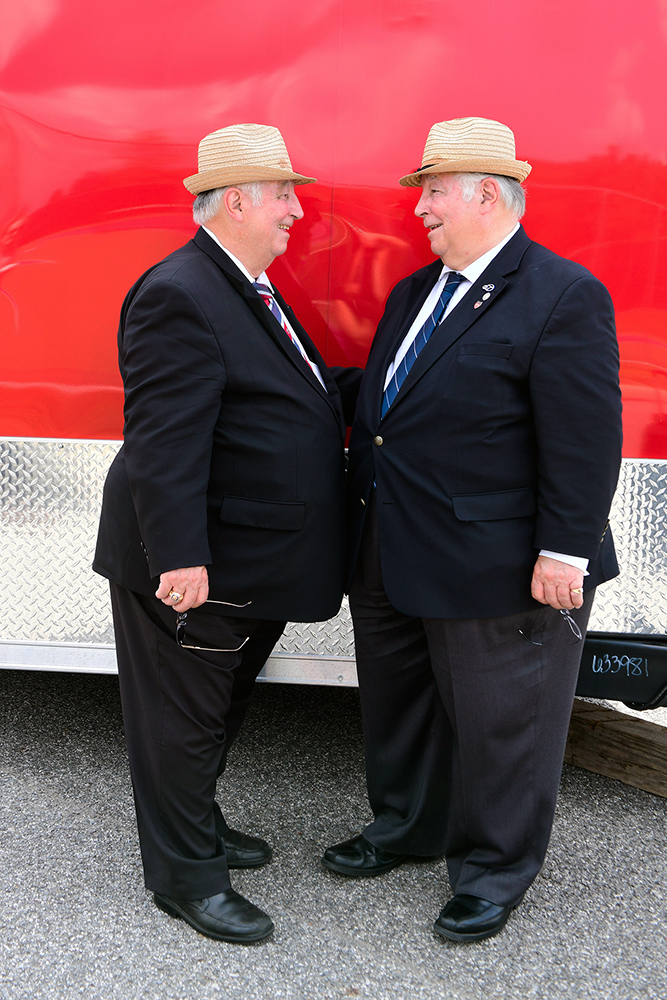 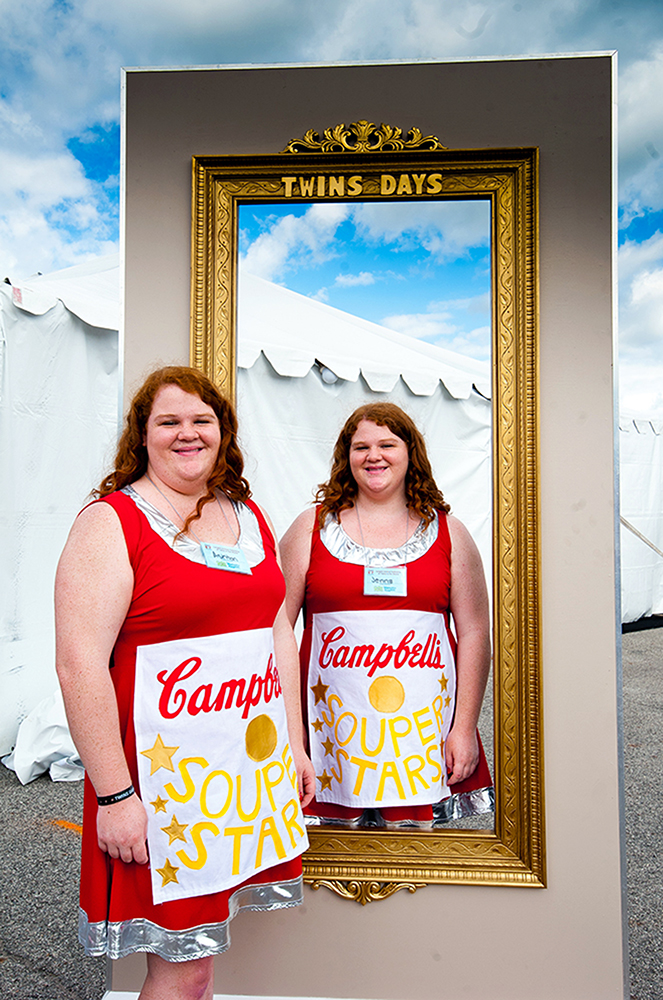 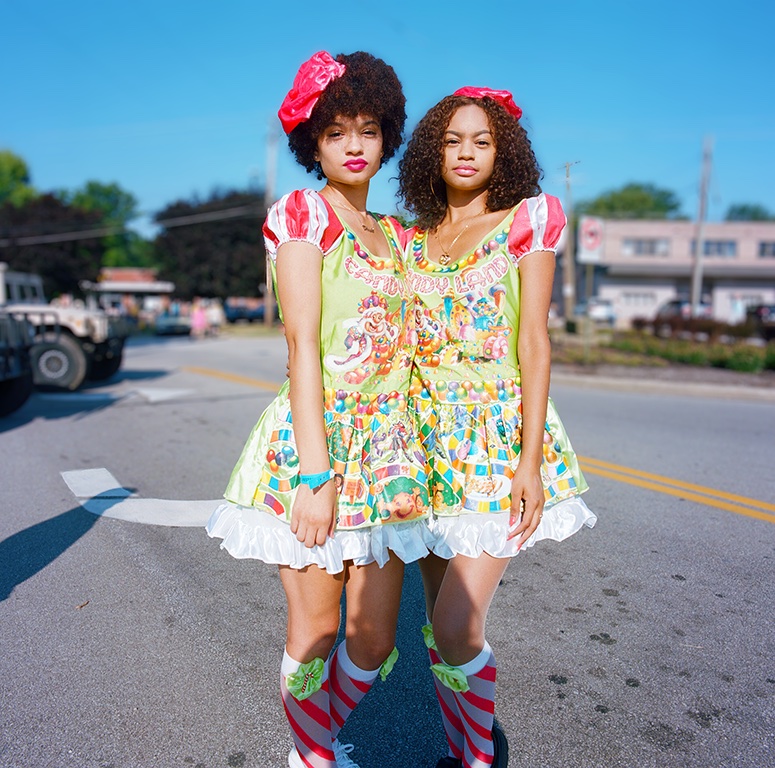 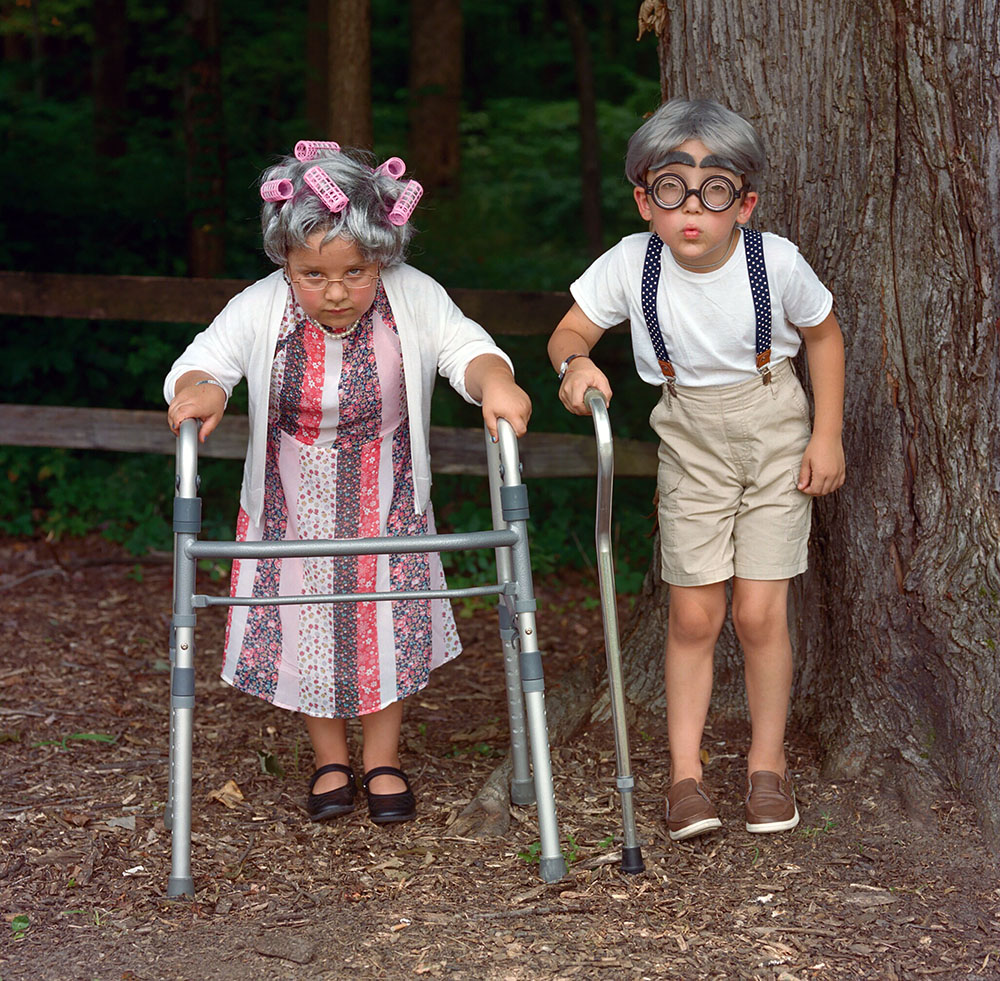 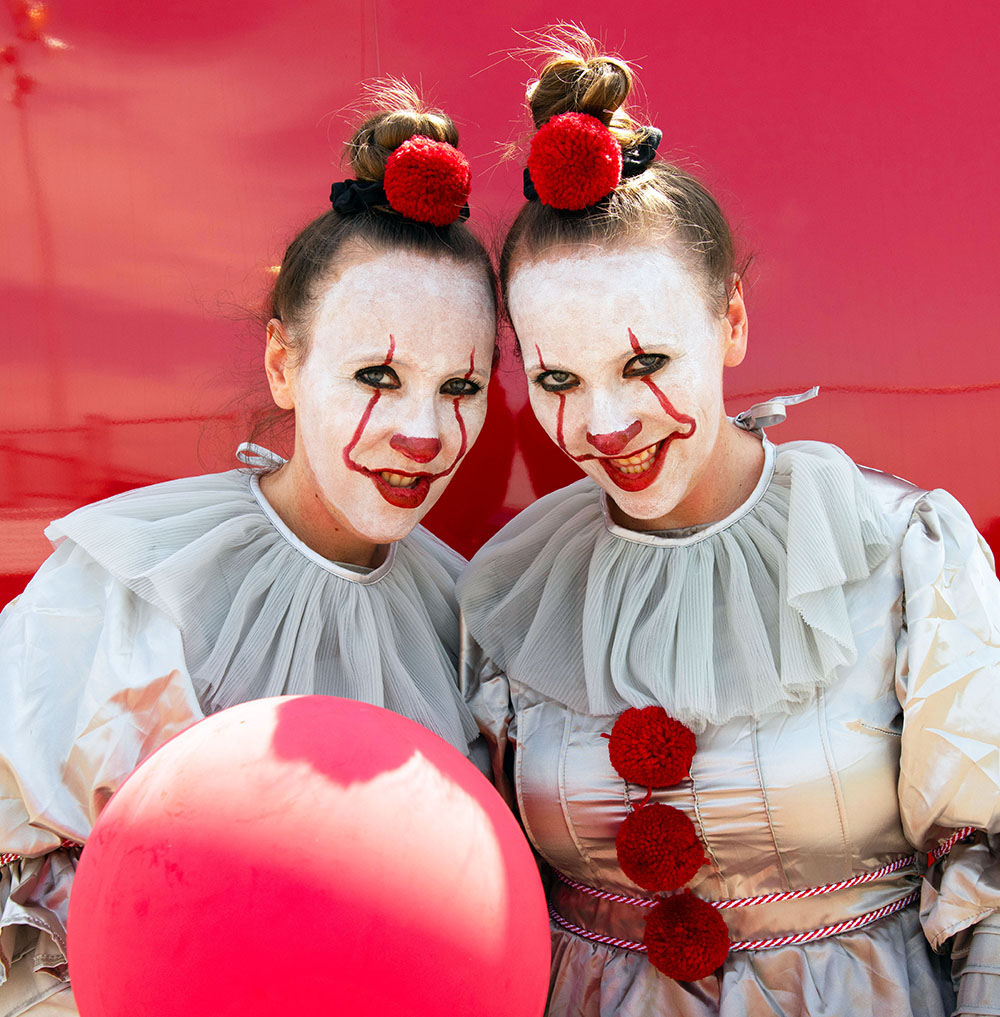 ©Elisa Haber, The IT Girls, from Twinsburg 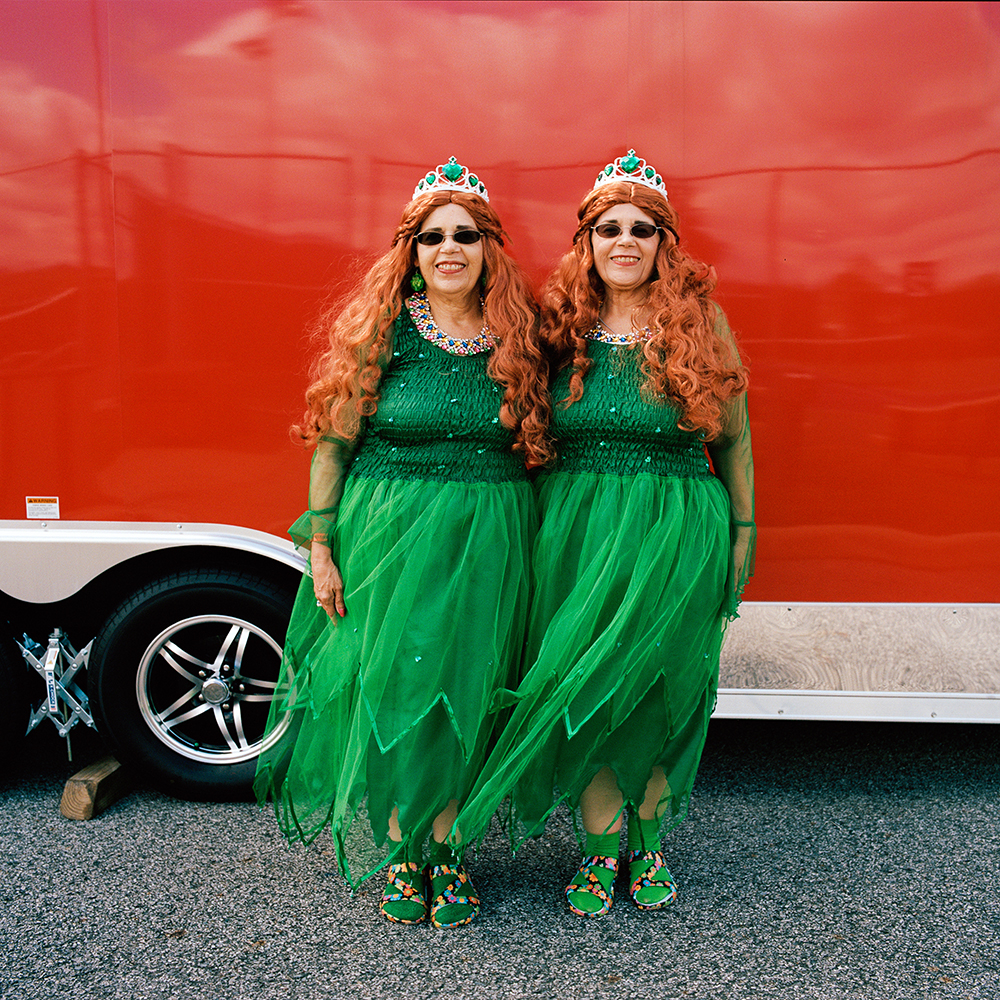 ©Elisa Haber, Kathy and Karen from MI, from Twinsburg 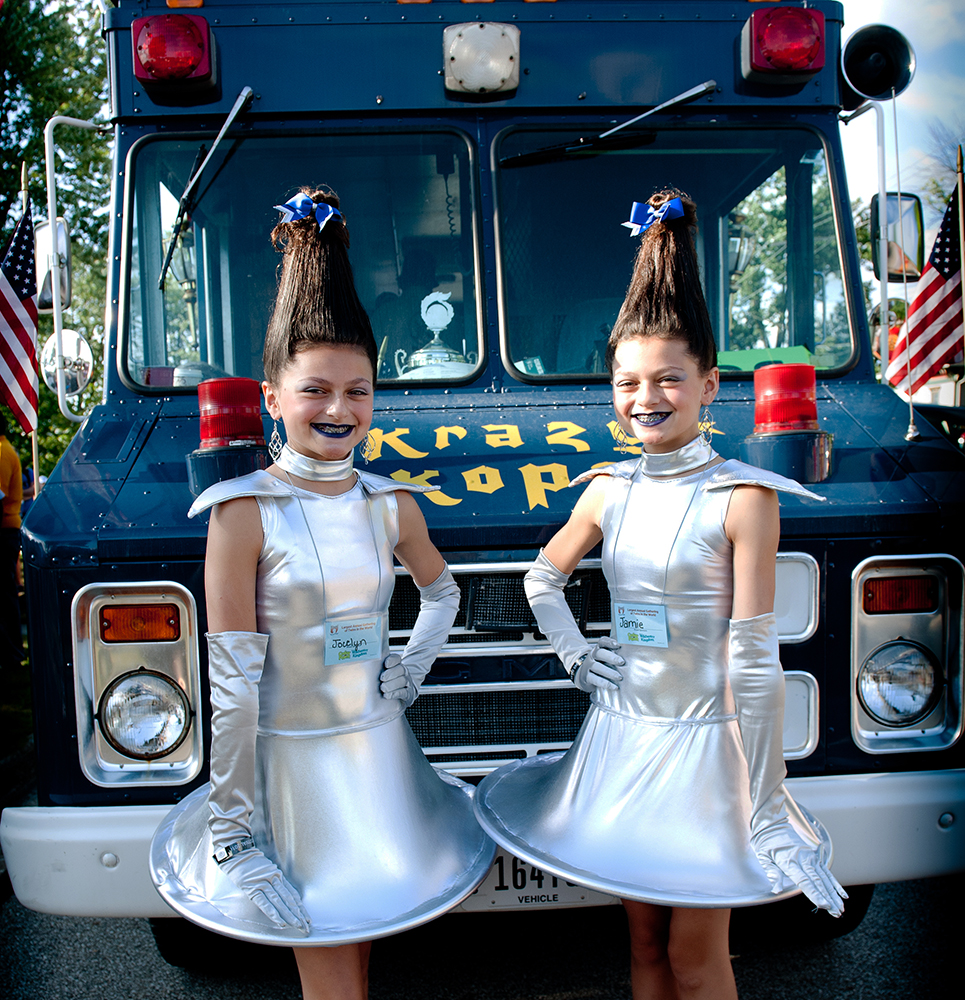 ©Elisa Haber, Mom did our Hair, from Twinsburg 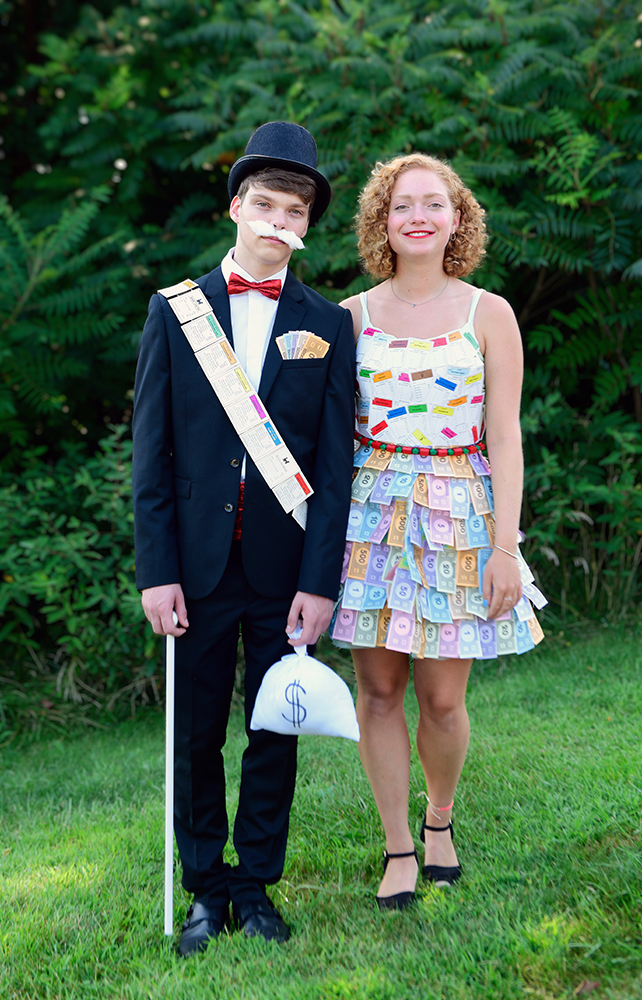 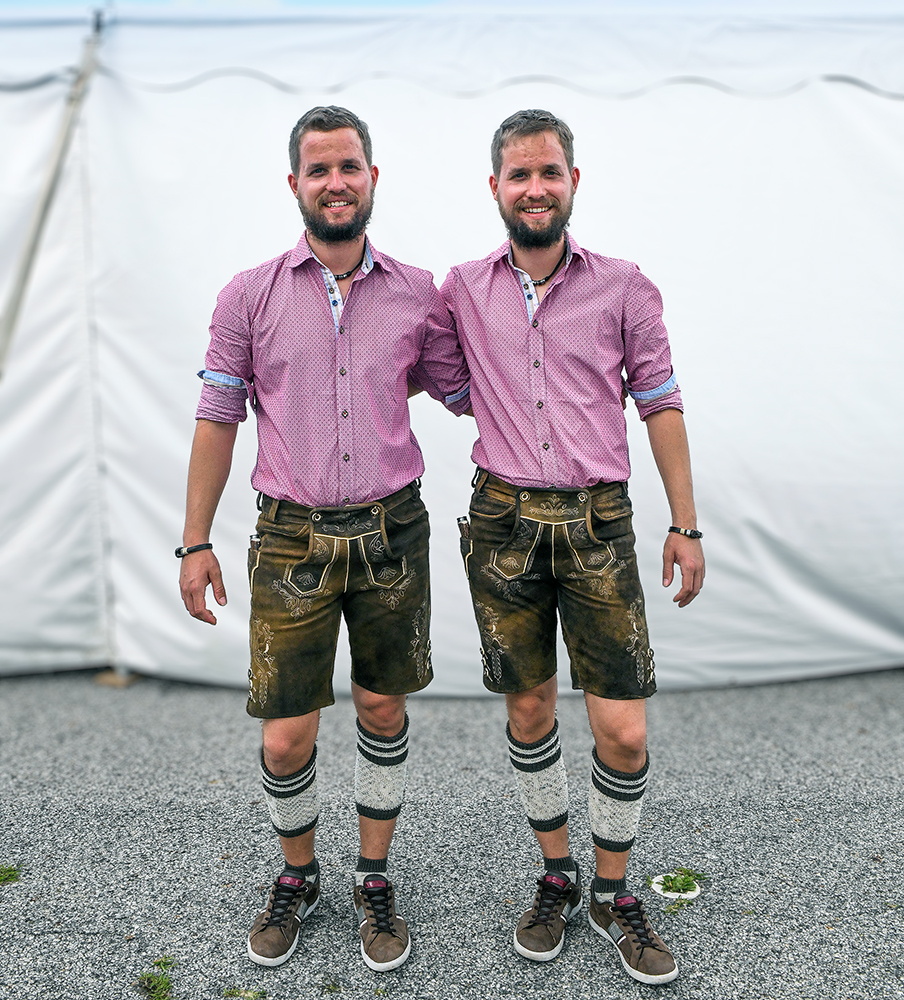 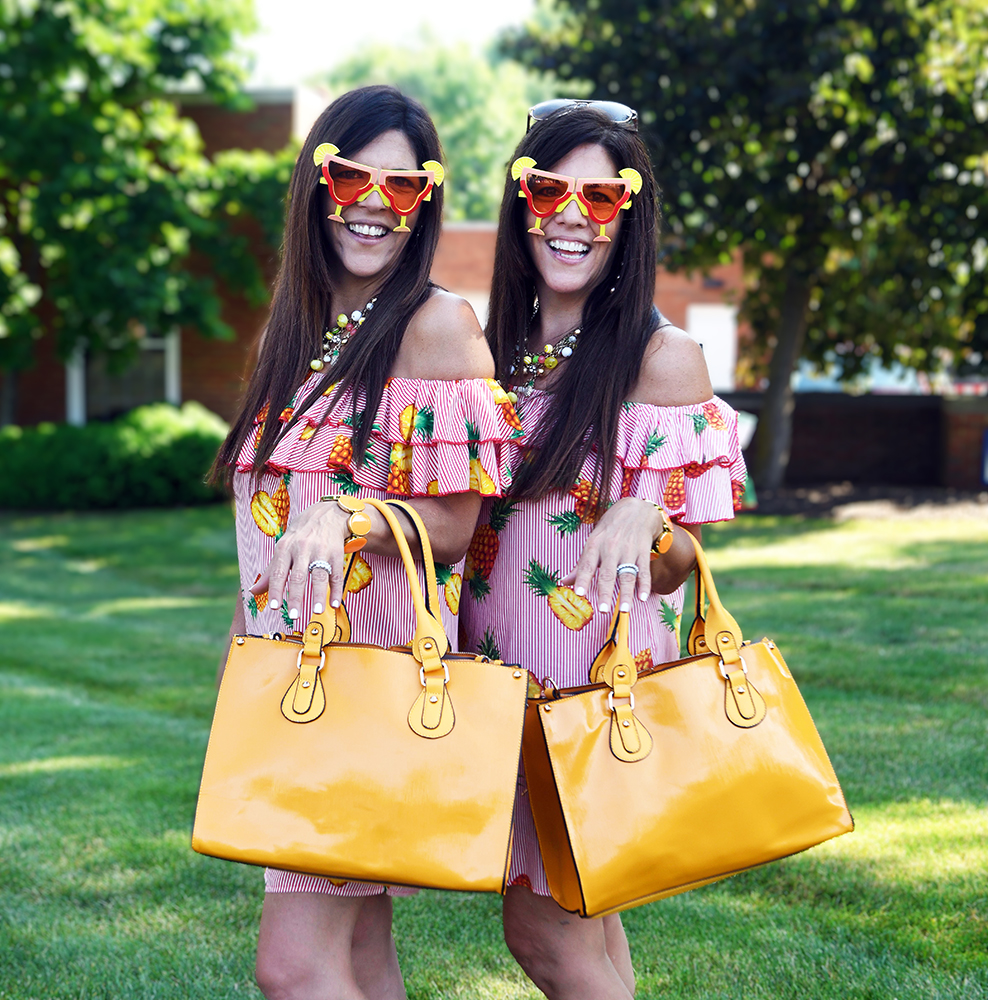 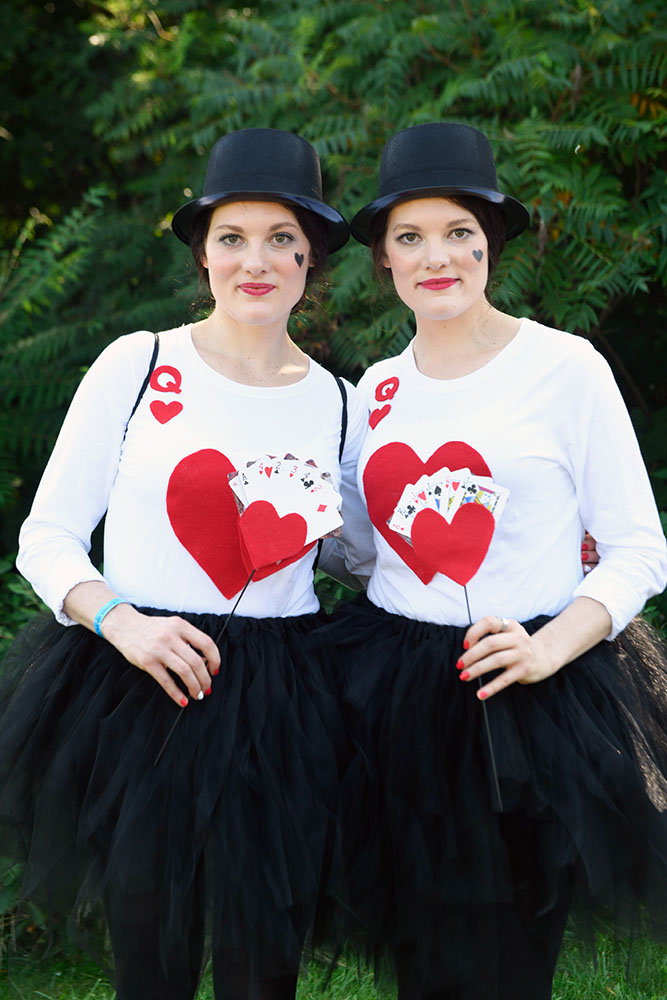 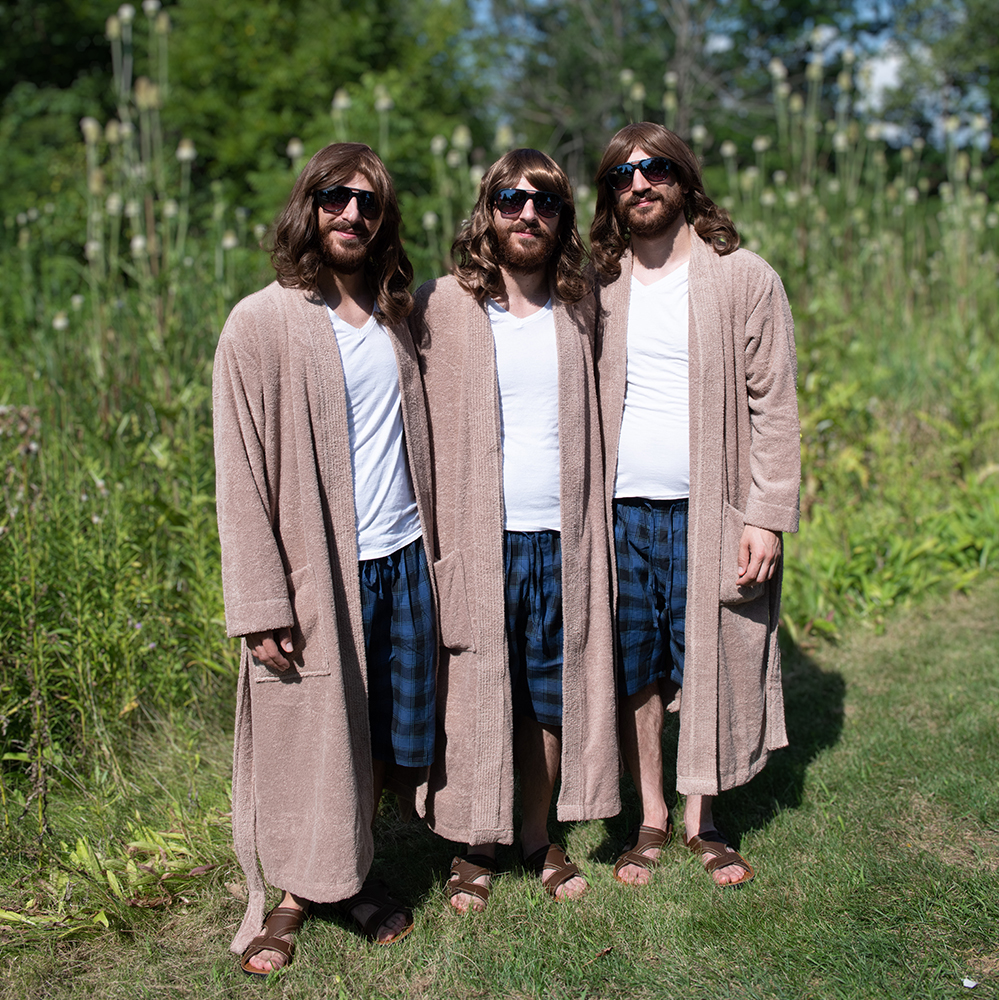 ©Elisa Haber, The Dudes, from Twinsburg 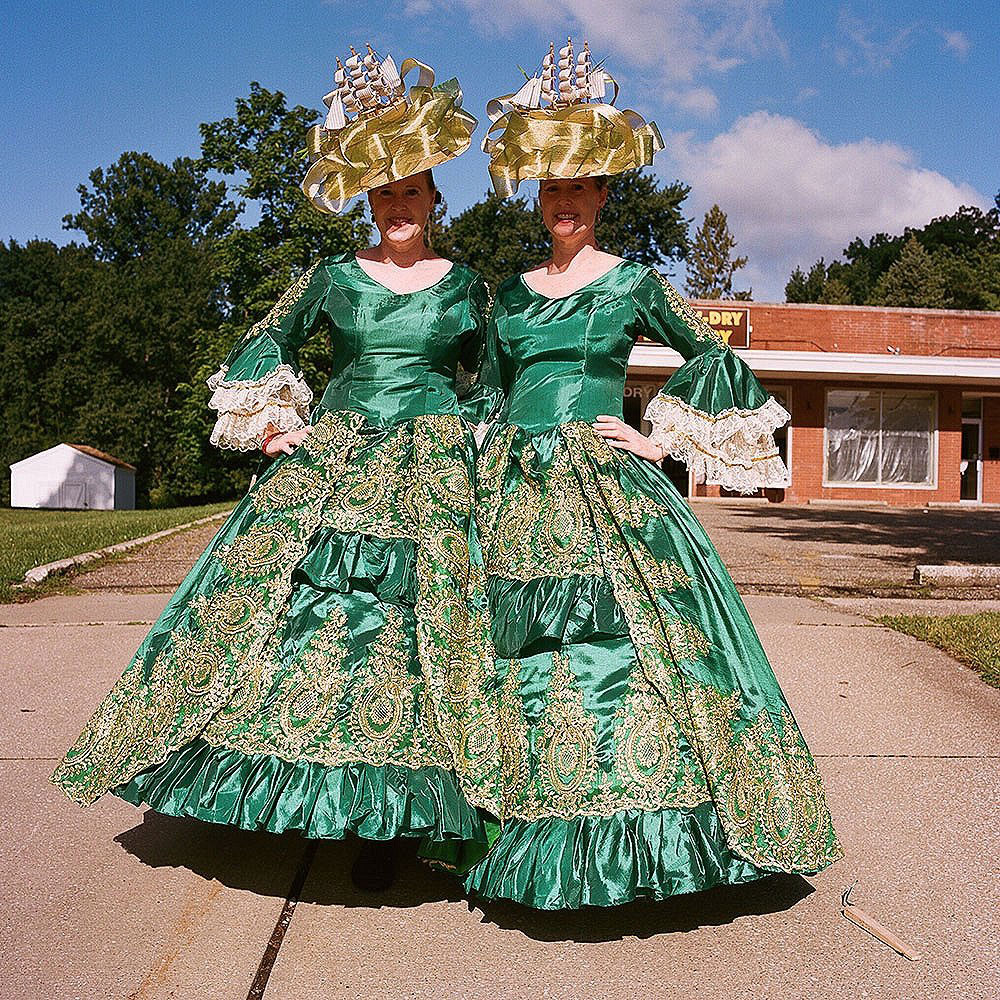