looking at photographers who create their own realities…

I’ve featured Kansas born photographer, Lori Nix, on Lenscratch before, but her work is so varied and her so images rich with content, that I am always seeing things that I missed upon first viewing. Cool Hunting has produced a great video on Lori, that gives you an insight into her process and her work space. Lori is currently on exhibition at the Gail Gibson Gallery in Seattle, along with Grace Weston and Jonah Samson, both featured on Lenscratch this week.

Randall Scott writes about Lori:
“The camera, originally used to capture and document reality, has evolved into a tool which aids in the physical manifestation of imagination. In her latest series, “The City,” Lori Nix fabricates environments based off elements found in a city that has eroded with time. The viewer may mistake these scenes as reality until they realize that what they’re seeing is slightly too amazing to be true. Nix’s attention to detail is provocative and obsessive. In “Museum of Art,” a colony of bees has reclaimed the museum as their hive haven. Amongst the framed paintings, an encased Gothic Virgin and Child, and statue resembling Michael Angelo’s David, golden honey drips from a beehive perched in a barrel vault. Flowers and vines, emerging from cracks in the floor, are seen climbing up podiums and Corinthian columns, while bees fly under spacious domed ceilings.”

Images from The City 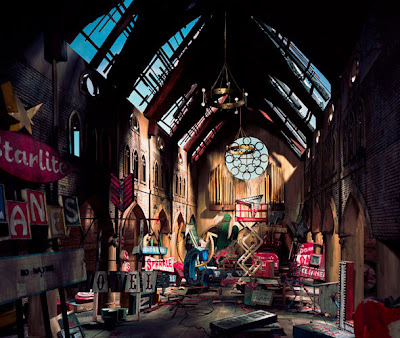 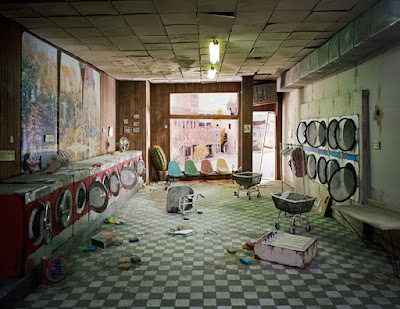 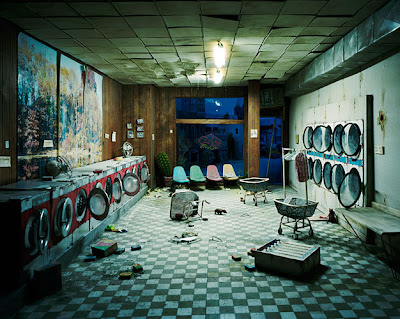 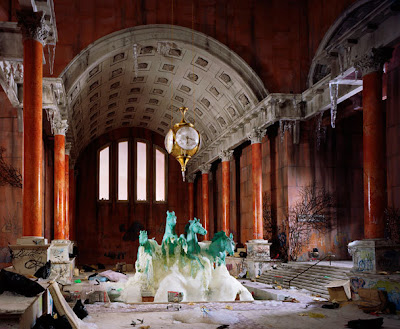 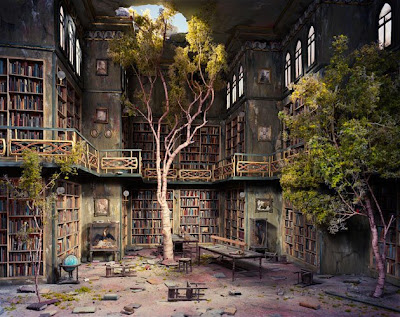 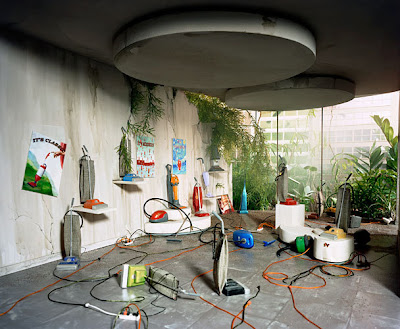 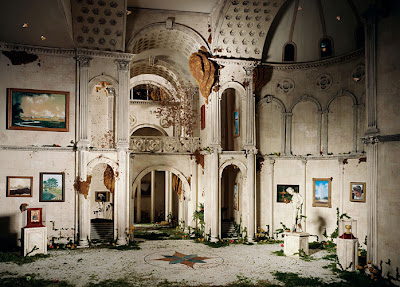 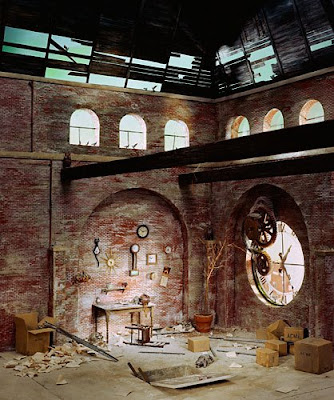