As a child, Tokyo photographer, Norihisa Hosaka, had an obsessive interest in anime (cartoon), manga (comic book) and RPG (role-playing games). I read and watched large number of novels and movies; played RPG and video games; built and painted plastic model kits, all related to sci-fi. As I grew older, I became dissatisfied with sitting in the receiving end of otaku culture. I felt a strong wish to create something and express myself to the public. He thought that expression would be through writing, a career he started in college, but after the birth of his daughter, he picked up a camera and shortly after began his photographic studies and expressions in earnest.

His project for Critical Mass is Burning Chrome. It takes us on a Blade Runner experience through the streets of Tokyo, where the viewer isn’t sure if the time is present day or in the future.

My works are about landscape of Tokyo. The sequence is called “Pax Technodelica”. This term Pax Technodelica is a mixture of Latin, English and Greek, means: “Techno-manifest peace”. In the 80’s, the key word in the cultural movement of Tokyo was Cyberpunk; the 21st Century “near-future Tokyo” as it was reviewed in movies, literature and music at that time. The chaotic vision of “Cyberpunk Tokyo” has become a fixture by the 90’s. 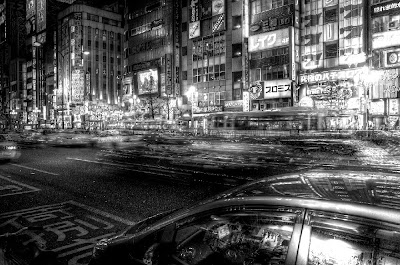 The vision of “near-future Tokyo”of the 00’s was created three decades ago. Despite the word Cyberpunk Tokyo describes “FUTURE” it seems like a somewhat nostalgic reminiscence, and has become one of the fictitious histories of Tokyo. Now, we realize that Tokyo has not become the cyberpunk city that we have often seen in films. However, I feel the possibility of Tokyo and Japan becoming something like what we envisioned in the 80’s. 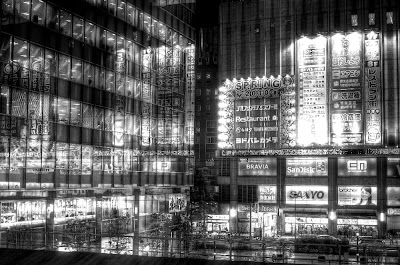 I want to take “Pax Technodelica” photographs; not of now, not of the past, and not of the future, but of a mixed timeline. Digital photography along with HDRI (high dynamic range imaging) function has materialized my themes. I am taking HDRI photographs in black-and-white. HDRI is a set of techniques that provides wider dynamic range of exposures than standard digital imaging techniques. 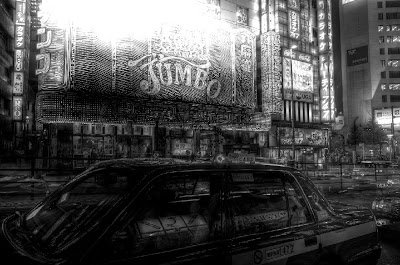 It is unnecessary to determine exposure and is possible to take at all light levels and conditions. This has allowed having views and detail to be same as that of human eye. Only digital photography can do this. It has made us possible to cross the border of human and machine like a cyborg. Photographing Tokyo suits well with a digital compact camera because it is mobile, can pan-focus, and shooting is nearly limitless. I take photographs with a digital compact camera in HDRI as though they are the vision seen through the optic nerve of Tokyo. 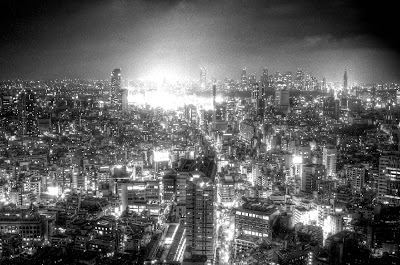 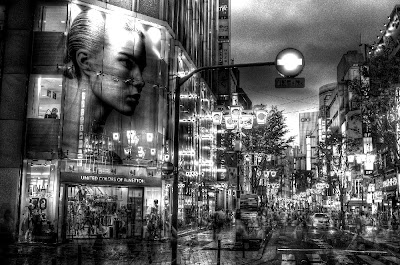 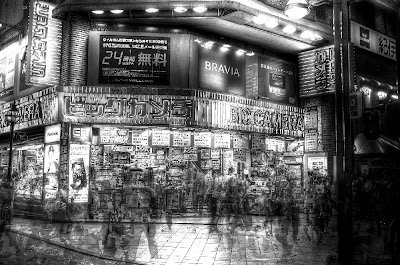 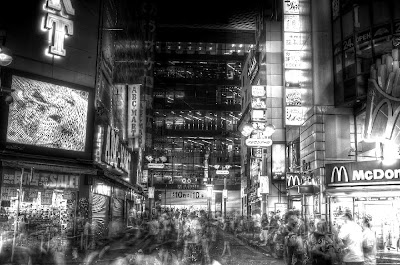 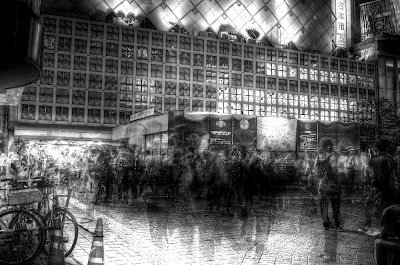 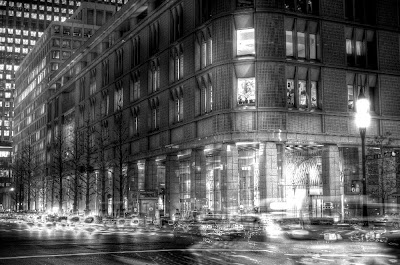 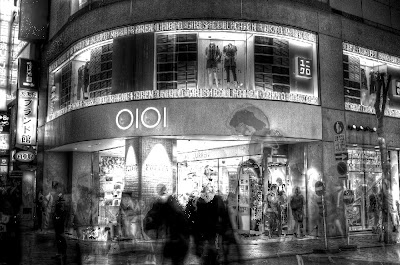