Guest editor, Jacqueline Roberts shares the last of her European selections today with Margaret de Lange. A huge thank you to Jacqueline for her insight and efforts. It’s been a wonderful week!

Margaret de Lange lives and works in Norway. She studied photography in Oslo. She has held solo exhibitions among other places in: Tarragona, Brussels, Paris, New York, Stockholm . She was recognized for Best portfolio at the Photo Festival in Arles, France, and with an Honorable mention by the Leica Oskar Barnack Award. She has published two books, Daughters and Surrounded by no one with Trolleybooks (London) . 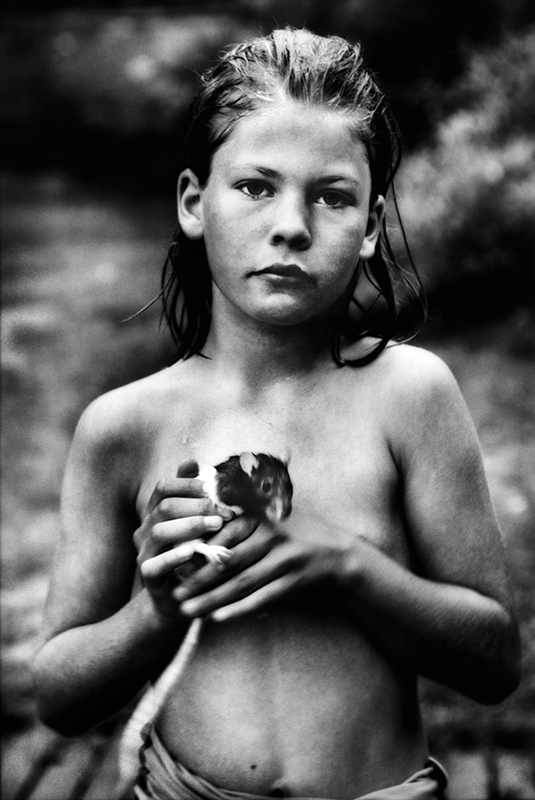 In her series entitled, Daughters, Margaret presents black and white photographs taken of her two daughters during the summers of their childhood. Though the project began in 1993 and continued through 2002, it wasn’t until both daughters were old enough to grant their permission did de Lange take the step of exhibiting the work. 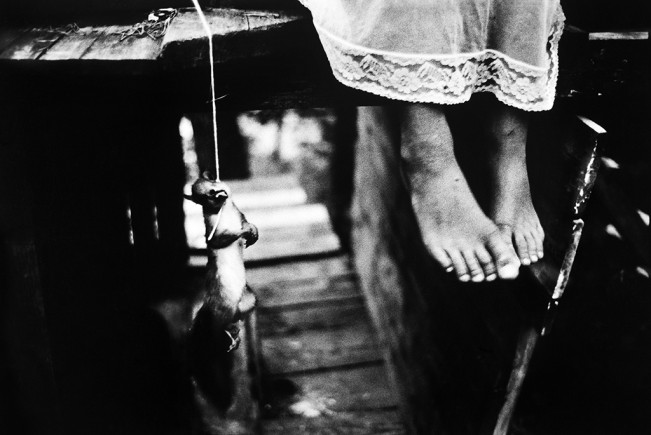 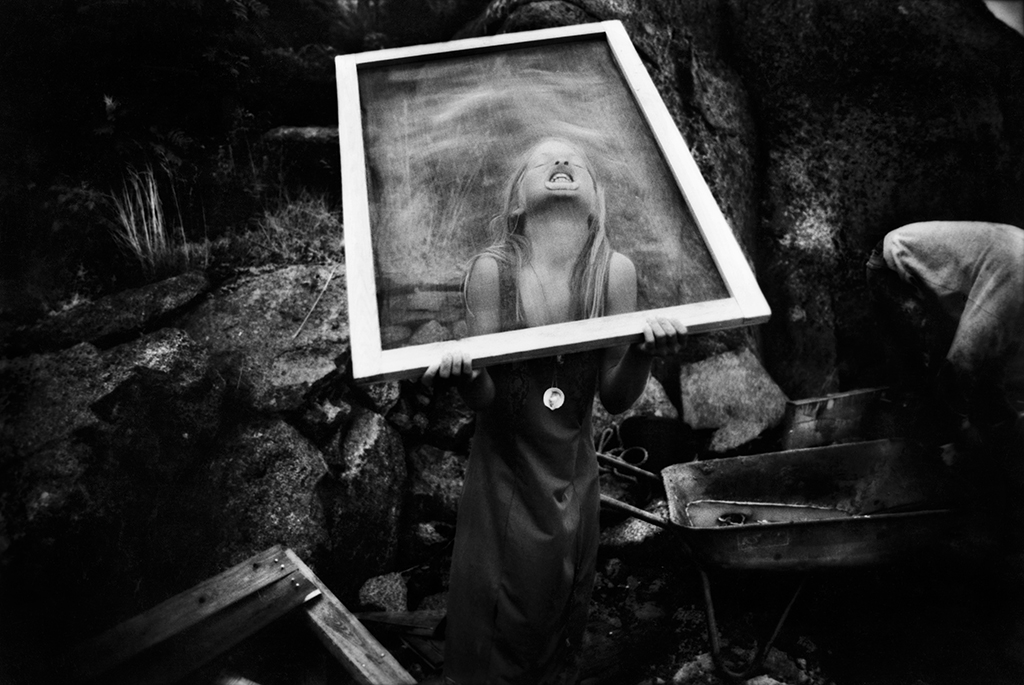 The images depict the two girls enjoying their summers out of doors, barefoot and often bare-bodied, in a dark and grainy, high-contrast style. In the photographs, the children seem to be a part of the nature around them, with dirt and grass clinging to knees and feet, with hoods of animal skin; they become like the creatures of Scandinavian folklore that, as de Lange explains, “were said to appear at twilight, and were always beautiful, but often evil as well.” And so we view the daughters, captured as they linger in a hazy half-darkness, in that time between day and night and an age between child and adult, exploring, discovering, and experiencing all of those little adventures which amount to growing up. These “creatures” exhibit their initiated ways through various little clues: dead birds hanging from string, bold stares from beneath fury capes. All together, the effect is unabashedly dark and earthy, yet calm and elegantly matter-of-fact. 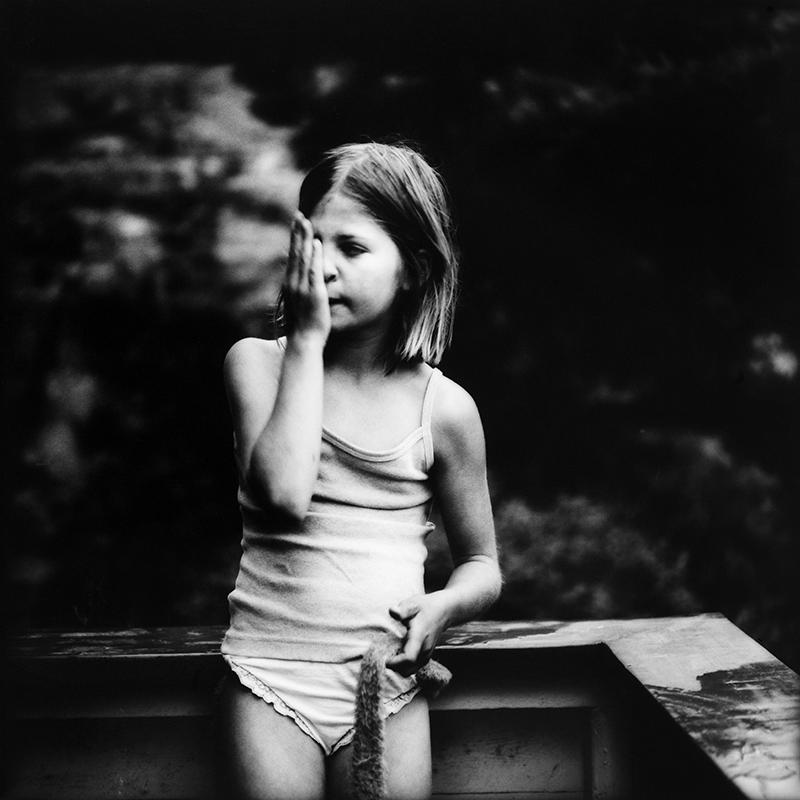 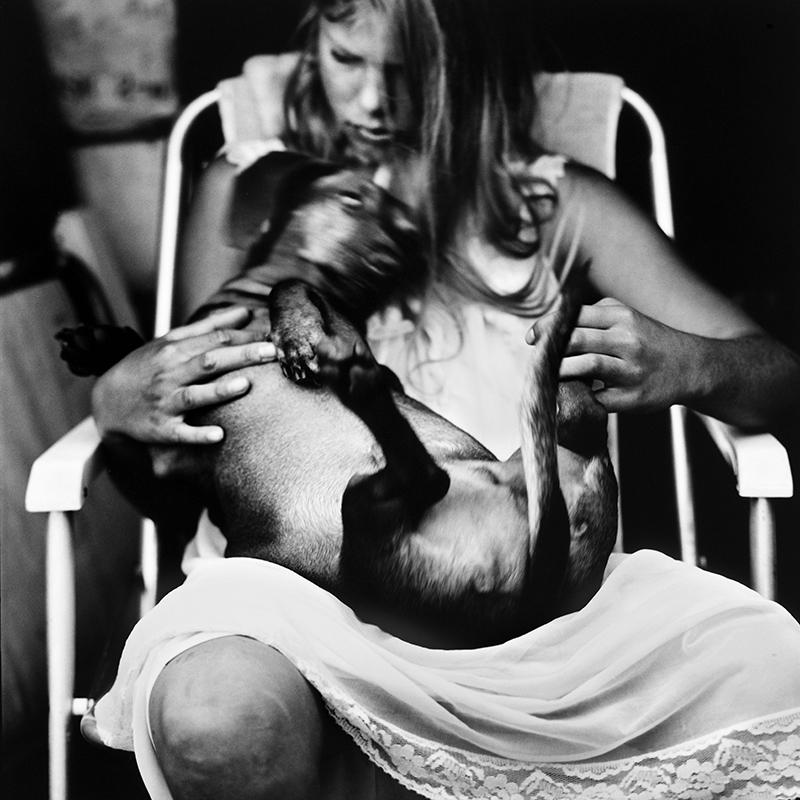 The images, de Lange points out, are representative of a typical Norwegian childhood during the brief but sweet summer months. However, the way in which the images are rendered, with deeply encroaching shadows and heavy grain, pushes the subject into more of a dream realm that speaks more of the meandering experience of these pre-adolescent girls and a world that is very much their own. 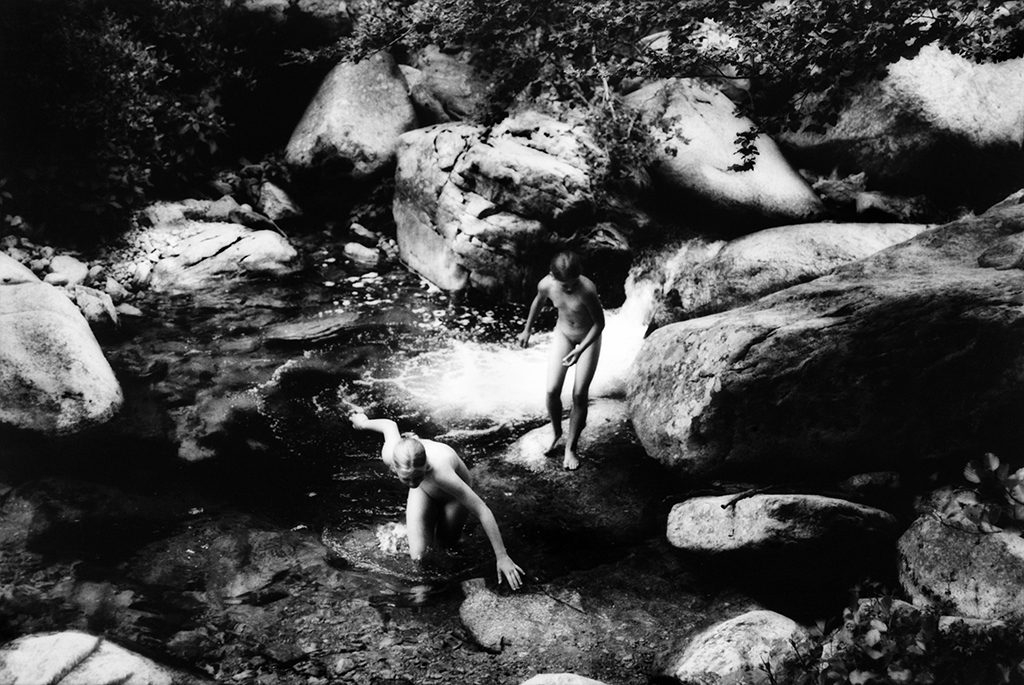 As for the daughters, the photographs represent a precious conservation of memory. “She has preserved random pieces of our childhood, and we treasure those moments” says Jannicke de Lange, speaking for herself and her younger sister, Catherine. 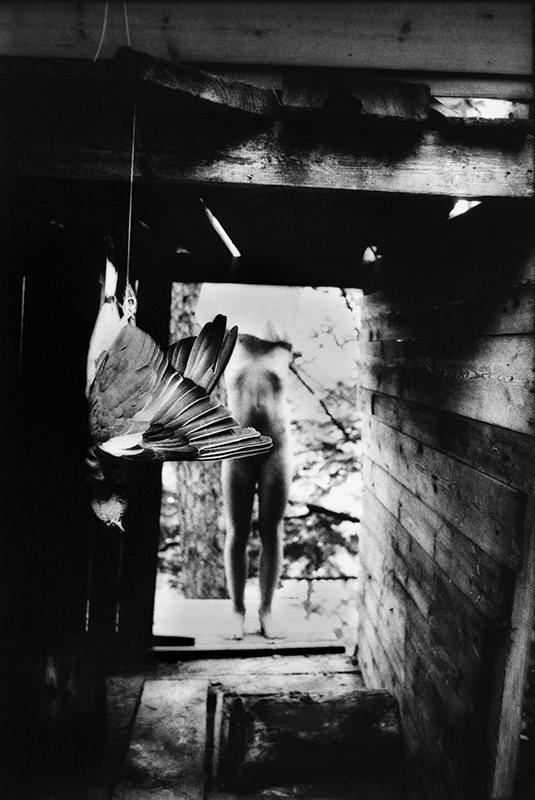 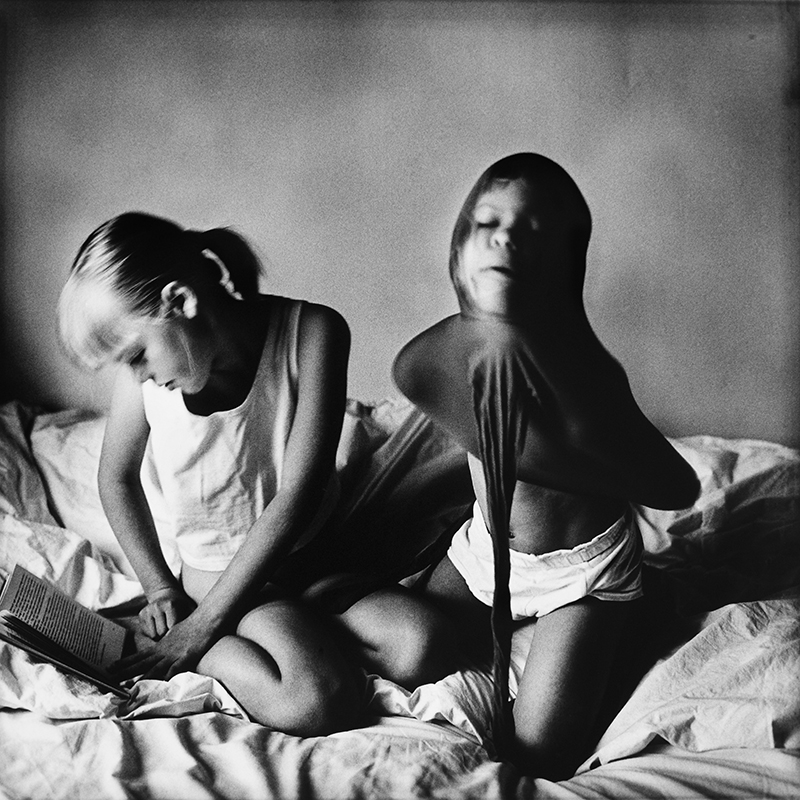 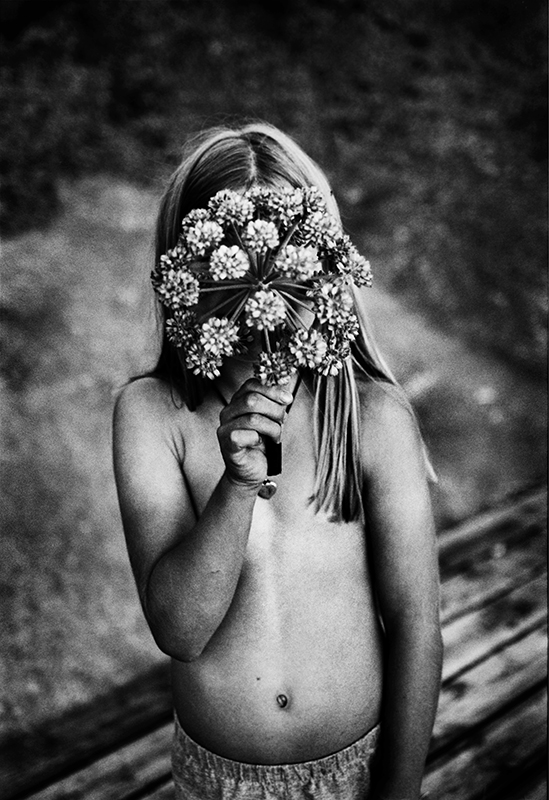 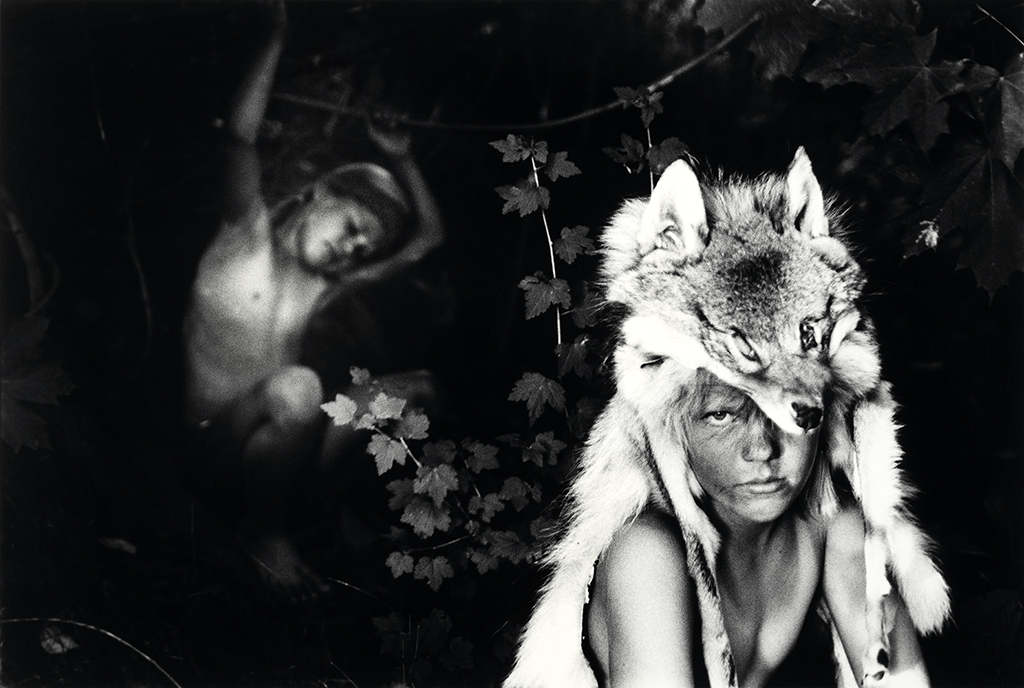 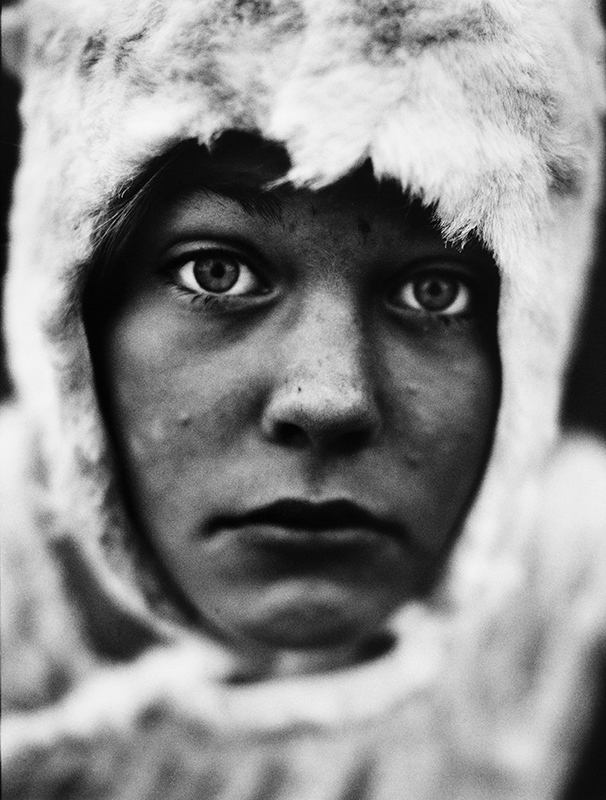 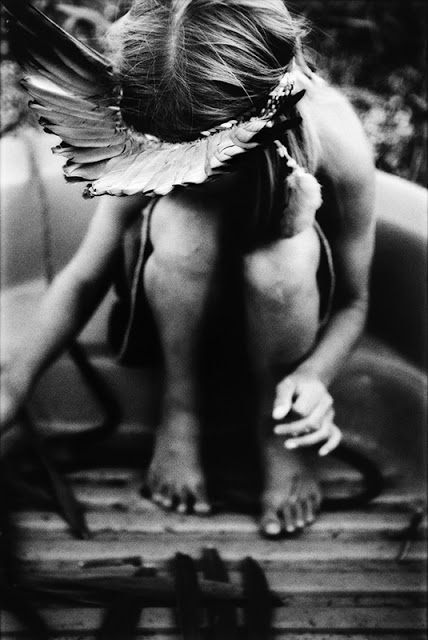 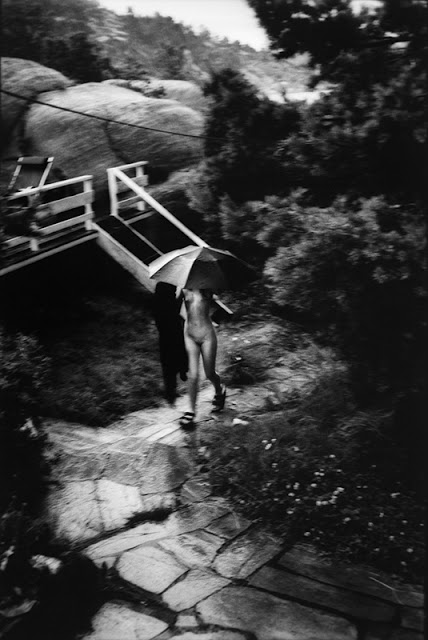 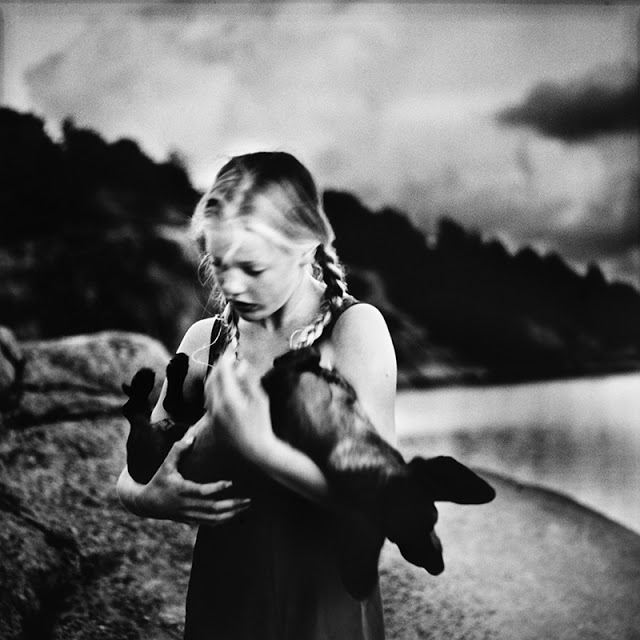 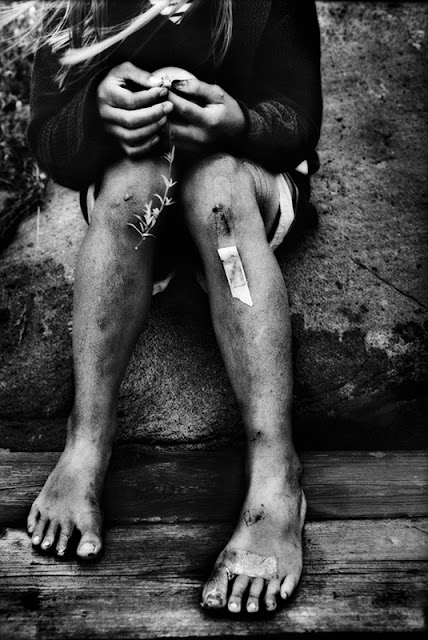 NEXT | What does Fear look like? >
< Europe Week: Oleg Videnin | PREV