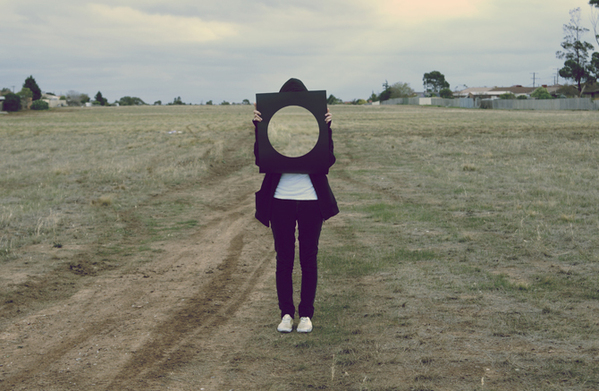 A few months ago, Canteen Magazine offered a call for entry for a new kind of photography contest, a contest that was completely transparent, that explained how the monies were spent and gave public feedback on all the work submitted. The week before last, I ran several posts about photographers whose work did not make it into the next level of the contest and shared the work and the reaction of the participating photographers. The first round of judging was jurored by: Photographer Anthony Goicolea, photographic duo Tribble and Mancenido, and photographer (and Canteen‘s Art Director) JJ Sulin.  The jurors looked at 230 portfolios and moved 26 to the second round.  Today we will start a week long look at portfolios that made it to the top, starting with winner Walker Pickering whose post follows this one, but we are also leaning how Stephen Pierson, the Editor in Chief of Canteen felt about the experience.  I also chime in as an Armchair Critic. If we get feedback from the jurors, I will add those comments later this week.

On Thursday, February 21st, Canteen presented the judging live, in a NYC auditorium and streamed live on You Tube, so that we could witness what jurying portfolios looks like, curtains pulled back into the inner sanctum of subjective decision making.  It was a brave move on the part of Canteen, on the part of the jurors, and on the part of the participating photographers. The judges were Arnold Lehman (Director of the Brooklyn Museum), Susan Bright (curator and author), and Amy Stein (photographer) and was moderated by photographer Anthony Goicolea. You can still view the judging here.

Feedback from Editor in Chief Stephen Pierson:
We constructed Naked Judging on the premise that rejection is a dish best served honestly. Furthermore, we view contests as a ripe opportunity to have an interesting conversation about what makes good (and bad) art. Too often, photo contests stifle dialogue: You enter, you (usually) lose, and you have no idea why the winning submissions were regarded as superior to your own. We asked our jurors to (boldly) step out from behind their curtains, and publicly rationalize all of their decision-making. In so doing, we hoped not to reify our jurors’ power, but to undermined it by holding it up for public debate.

On February 21 we conducted the final round of judging in front of a live audience, and also live-streamed the event. Some of my brief reflections on the good and the bad from the live finale:

Yes, several of the critiques were neither thorough nor penetrating. But we were not trying to run the perfect contest that chose the perfect winners by a perfect means (to do so would have extended our 150-minute finale by 7 more hours, and required another 7 jurors). We merely aimed to shed light on the types of debates that occur behind the scenes in the opaque world of photo competitions. If you thought that our judges’ methodologies were ridiculously flawed, then this contest accomplished its purpose.

We hope to run this again in a year, and welcome your suggestions regarding how we can improve upon it: stephen at canteenmag dot com.

Response from Aline Smithson:
I just finished judging at over 350 portfolios for Magenta Foundation’s Flash Forward competition and jurored about a dozen exhibitions and events last year, including Critical Mass and selecting participants for Review Santa Fe, so I feel well versed on the subject of judging photographs.  It also adds another layer that I am photographer myself and have had the experience of having my work rejected much more than accepted, so I look at any insight into what people think about photography as a great learning tool.

First I want to thank Amy Stein.  It appeared that she was the only juror who took the time to read the statements and understand the photographer’s point of view.  What worries me about an event with more than one juror and an event that is captured live, is the natural tendency to try to impress fellow juror’s with one’s smarts and knowledge of the photo landscape.  When I juror something, it’s in the privacy of my home, at my pace, with no one to impress but the organization who has so kindly given me the opportunity.  I was also very distressed at how the audience affected the event and when towards the end of the judging, the jurors asked the audience for their opinions. To me, that was the moment that I began to truly question this process–perhaps it would have been more effective for the jurors to be in a room without an audience so they wouldn’t feel the need to perform.  I also grew tired of the jurors constantly comparing the portfolios to others in the photo zeitgeist.

I was on several live feeds during the event and one friend posted: “cheat sheet. yes = be ambiguous, ask a question, yes gritty, yes authenticity, yes continuity/cohesion BUT don’t “look” like anyone elses work, no words and images, no science, no illustration, no commercial, no decorative, no pretty, no artist statement, no scratches, no selective desaturation, no boring, no “instagramy” colors, no “art sauce”, no irony, no people lying down, no back of the head, no editorial, no diagrams, no literal, no overlays, no multiple exposures, no sentimental, nothing i already know, no peeling wallpaper, no perfection. What did I miss?”  Well, my friend might also add that they called the square image “sweet” (hello, Roger Ballen), and that all things that seemed to be manipulated in any way to carry the burden of “Art Sauce” (my new favorite expression).  I certain makes one ponder this journey.

But in the end, I thought it was a fascinating look into what jurors are looking for, what makes a project strong and compelling, and ultimately, how subjective and flawed this process is.