Congratulations to photographer Walker Pickering for his first place win for his project, Esprit de Corps.  For Walker, it was a yin yang experience as he also had another portfolio in the top 26 that did not fare as well.   Walker is a graduate of Savannah College of Art and Design (MFA 2008) and Texas State University (BFA 2004) and he creates long-term art and documentary projects. He teaches photography at Texas State University and lives in Austin, Texas.

Here is his response to the judging.  His two portfolios, with statements, follow:

With Esprit de Corps, I kept hearing that it seems like the start of a good project, and that’s where I feel it is as well. I have an exciting summer and fall ahead of shooting with drum corps and marching bands, so I’m kind of chomping at the bit to get the work underway. But because it’s such a seasonal activity, it’s allowed me to compartmentalize my life and spend more time with my family in the offseason. The judges also mentioned that editing was an issue, which makes sense. 8 images was a difficult number, and sequencing in my initial submission was handled carefully, but when Stephen asked for higher-resolution images for the finale, I failed to keep them in sequence. The praise for the first image (“Adrian”), was welcome, as I had a feeling it was strong from the moment I made it. Let’s just say that watching the first round of the finale, there were several “fist pump” moments, sitting alone in my office in Austin. My favorite quote of the night was when Arnold Lehman said, “…this is a photographer who is going to, I think, matter.” It was incredibly humbling.
That exuberance was diminished with the Nearly West critique. Though Arnold had early praise for this older body of work, Susan Bright found it boring. It wasn’t the first time I’d heard that, and I can’t say it didn’t sting a little to hear it from someone I respected. But I deliver that kind of information to students on a daily basis, so I understood it. After all, we’re talking about a highly subjective set of criteria, and I can only respect her decisive reaction. Amy Stein was annoyed by my statement (or lack of one) because it was actually a quote from Menil Collection Curator, Toby Kamps. But I was with Arnold — I never read artist statements unless I absolutely have to. It’s just not an aspect of art-making/viewing I find all that interesting. I feel like most of the interesting work out there can function effectively without a statement, and the statement often works best when it serves to elevate the work further. Amy might be of a different school of thought, which I like. I think she’s in the majority. It was a bummer to see that work fail to advance further, but if that had been the only critique I received, I would have been pleased with it.
It was interesting to hear the judges’ thoughts evolve on my work through the course of the night. Amy originally advanced Esprit de Corps to the next round as a “maybe plus”, and eventually chose it as her favorite. I relate the whole event to my own experience when grading photo projects. After an initial critique of student work, I have to spend more time with it and provide a grade, so I could understand where they were coming from, even if it was sometimes a bit difficult to follow. And at the end of the day, winning was a fantastic bonus to the critiques. The whole process provided some much-needed motivation for both series — often things I knew, but needed to hear.
Esprit de Corps
This body of work is tied directly to my time as a young musician, and specifically to the experience of marching. In college, I auditioned for a drum & bugle corps and was accepted, but never actually joined the corps. I made excuses about the cost and time commitments, but ultimately came to regret the decision, as the cutoff age is 21 years old. I’ve spent the past several years documenting this subculture of marching musicians, and continue to work with a number of corps and high school groups to this day, creating portraits of endurance, exhaustion, and spirit. These groups are interesting because as humans, we cluster together. Performing music is itself a unifying activity, yet marching tends to be highly competitive, often involving a championship. This dichotomy provides a fascinating framework for making photographs. 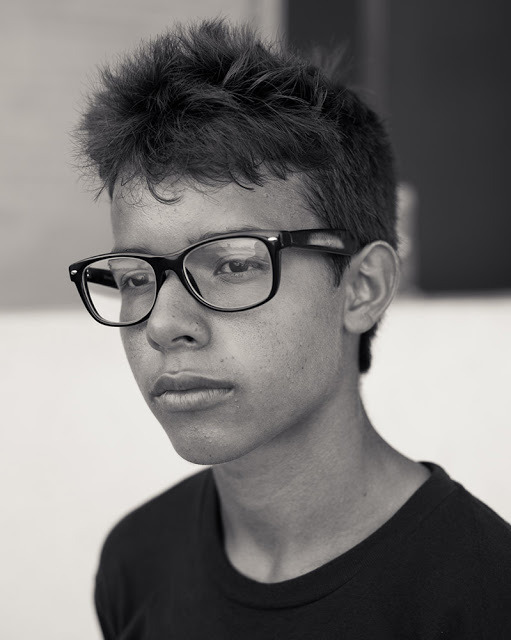 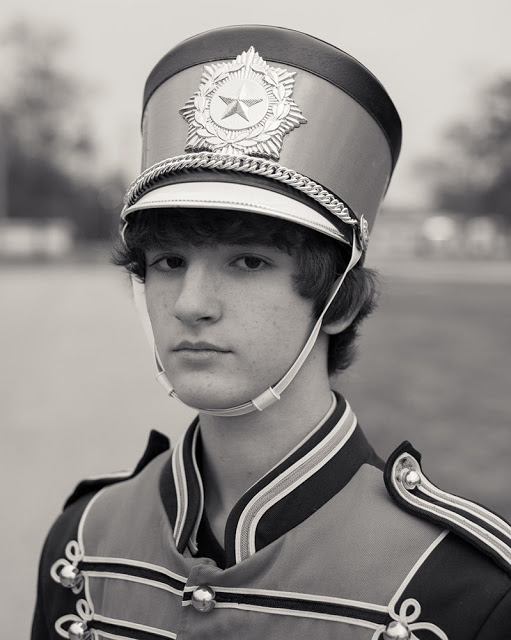 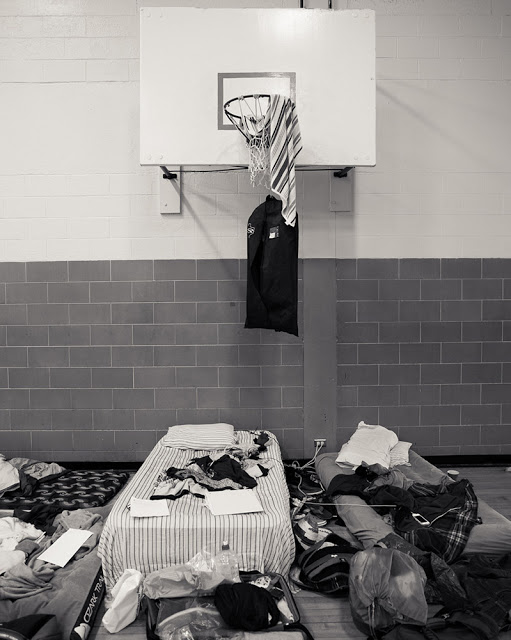 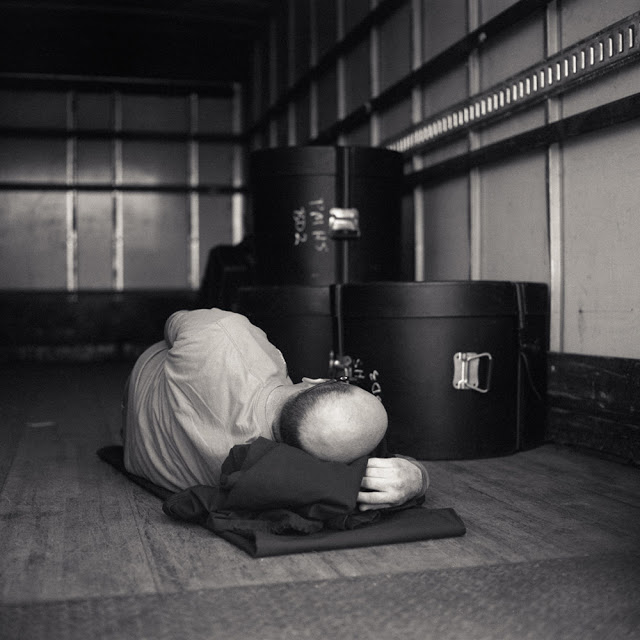 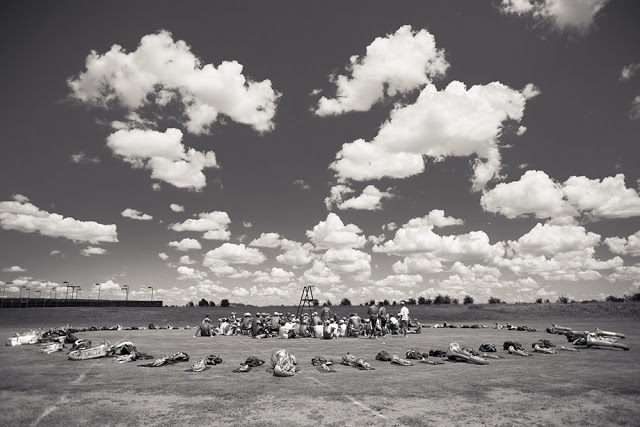 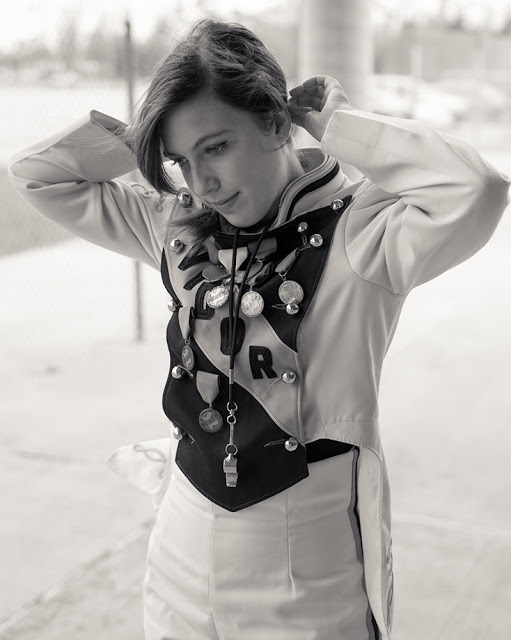 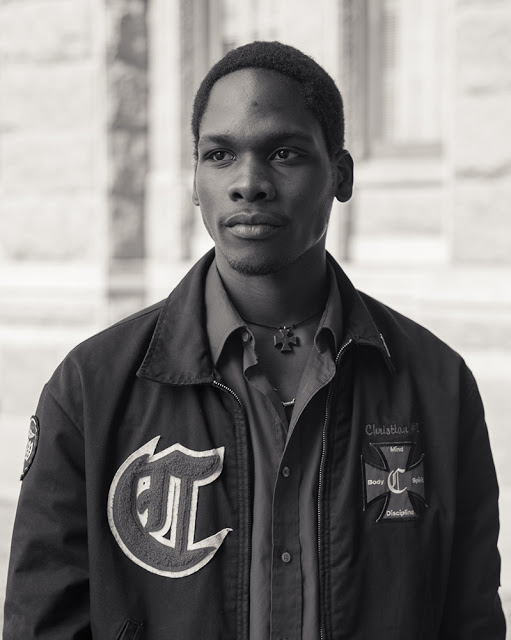 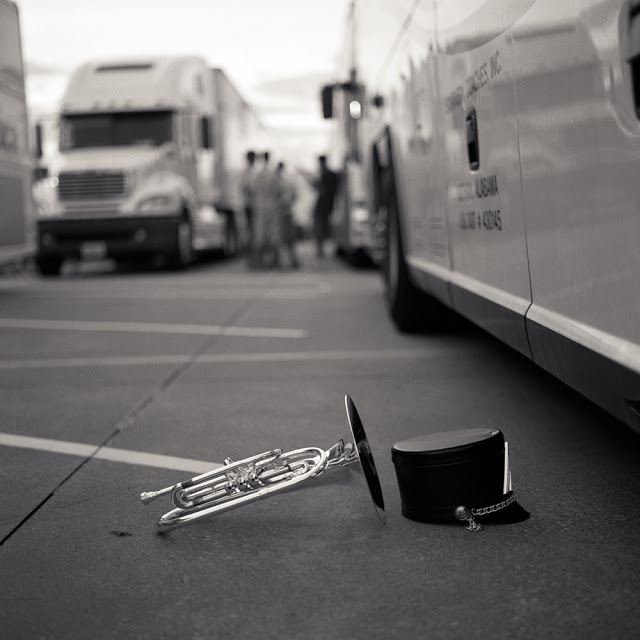 First round comments:
The subject matter is great. It’s not very obvious at first, in a good way. Skillful work. I was disappointed when the subject matter of the series was foregrounded so obviously in image 7. Perhaps the series might be more effective in color. Forwarded to the next round.
Nearly West
“From Dorothea Lange in the Great-Depression 1930s, and Robert Frank in the Cold-War 1950s, to Stephen Shore in the Vietnam-era 1970s, Walker Pickering continues the grand tradition of socially engaged photographic road trips across the United States. With his medium-format film camera, he discovers and documents a panoply of American places in square-format photographs that remind us of who we are as individuals and members of a society. Urban parking lots, rural roads, monuments, motel rooms, and roadside attractions receive Pickering’s equal, loving attention. Often infused with golden sunlight and blending beauty with apparent ugliness, his landscapes are both physical and psychic spaces.”
– Toby Kamps, Curator of Modern and Contemporary Art at the Menil Collection 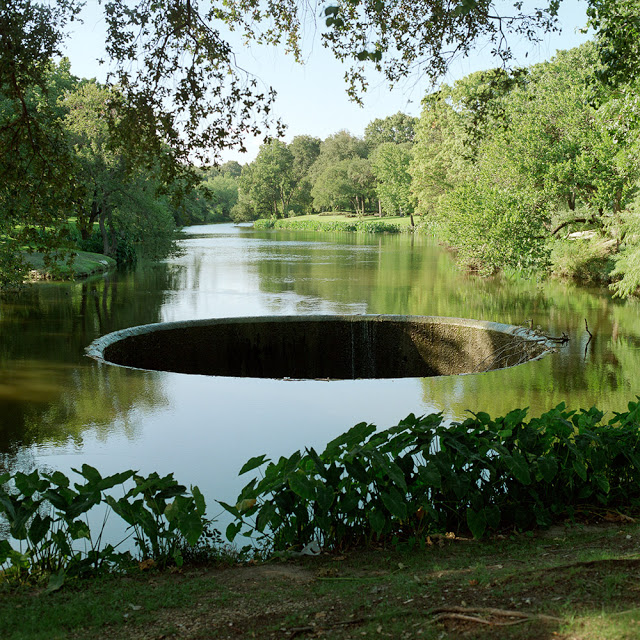 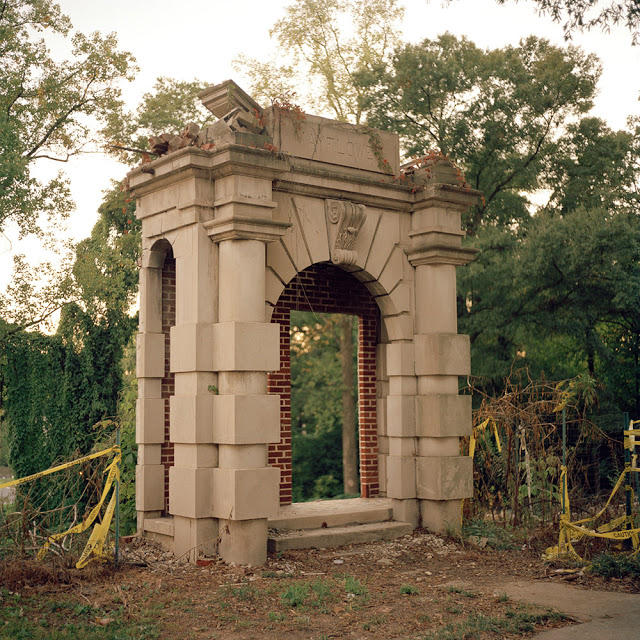 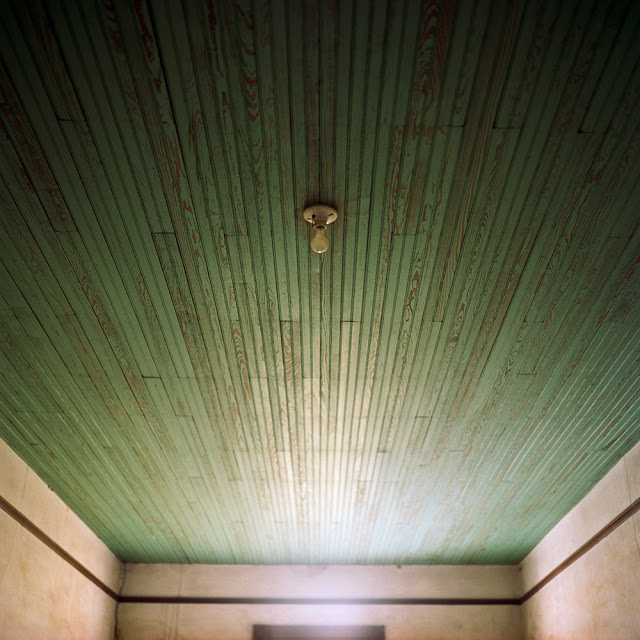 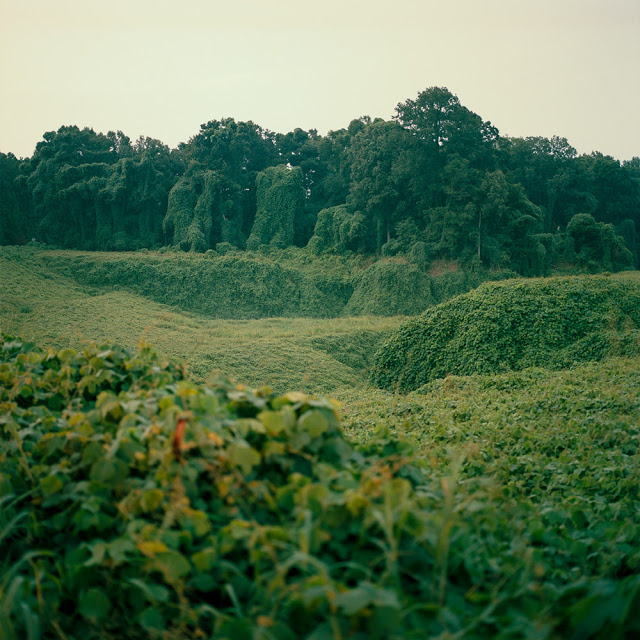 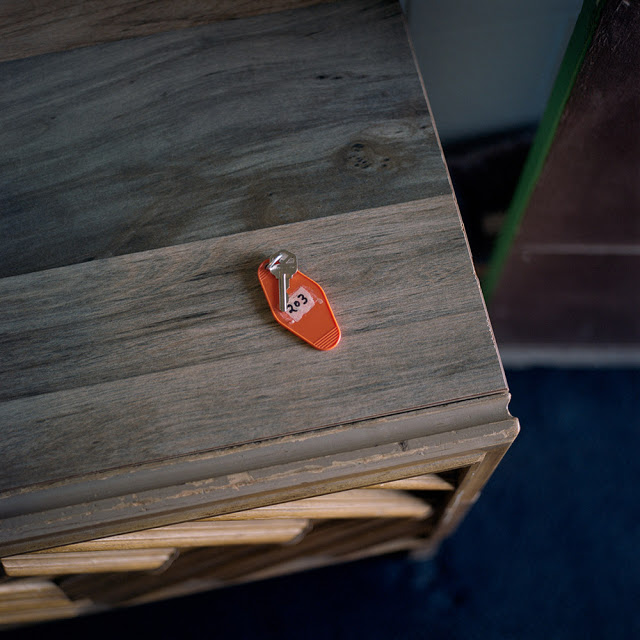 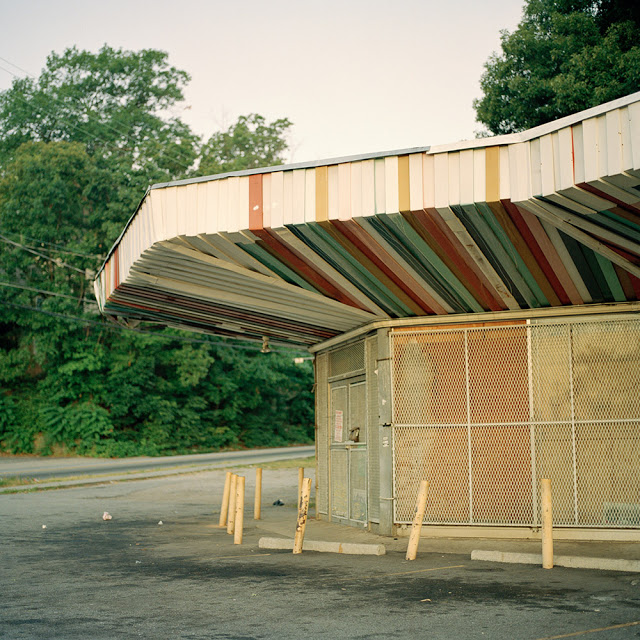 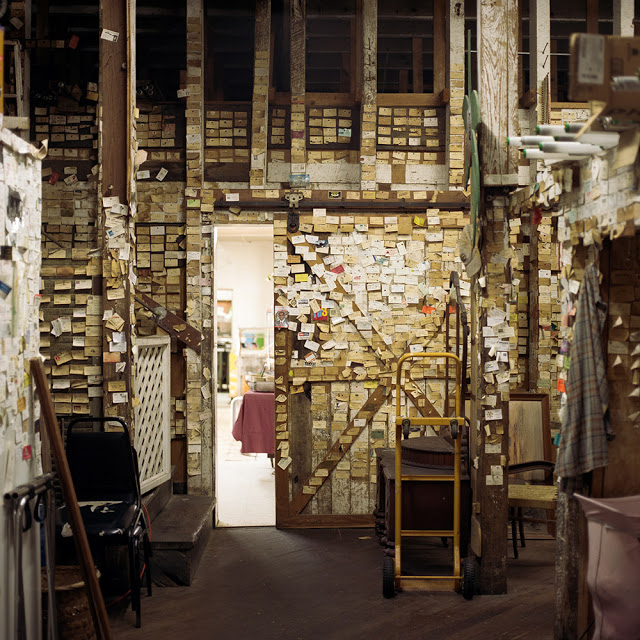 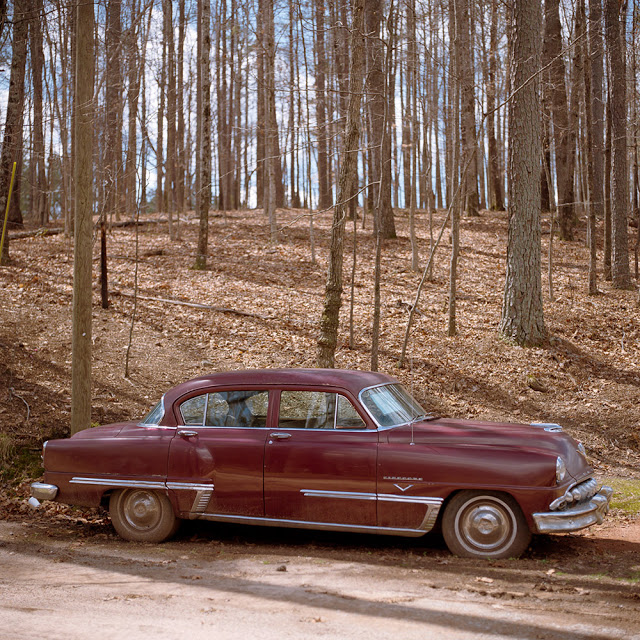 First round comments:
Strong work. The photographer has a clear voice. I wish i had taken image #1 myself. Good range, interesting narrative, well-edited. Forwarded to the next round.