Photographer and Lenscratch Art Director Clay Lipsky shares his adventure about a recent trip to China.

Several months ago curators Yan Li and Blue Mitchell invited a select group of photographers to exhibit at the 2013 Lishui International Photographic Culture Festival in China. This festival occurs every other year and is an event I was aware of as an array of American photographers have shown there in the past thanks to Yan Li.  For 2013 a much smaller group would be attending representing alternative process based works in a show called Unconventional Photography. It was an exciting opportunity for me as I had never been to China and quickly jumped at the chance. Consequently flights were booked, travel visas acquired and prints made, but it all still seemed like a dream based solely in emails and fantasy. It wasn’t until I was making a connecting flight in the Beijing airport, with portfolio in hand, where I encountered fellow photographer, Bill Vaccaro, when things finally began to feel real. Upon arrival in Wenzhou we were greeted at the airport by some smiling faces with warm greetings and the real adventure began.

After a long bus ride we finally made it to Lishui, a “small” town of 2.5 million people in southeastern China. The name Lishui in Chinese means beautiful water and is considered a destination for photography because of its scenic mountains and river. Once there we met the rest of our photographic cohorts, Barbara Ciurej, Fritz Liedtke , Heidi Kirkpatrick , Jim Leisy, Ryan Zoghlin, and Susan Kae Grant with her husband Richard Klein. Soon it was time to install our show and an army of eager (and dare I say starstruck?) teenagers were ready to assist. Most of the volunteers were studying english but had never spoken to an American before. Once installation was complete, and some signatures signed, the local press began to appear and the festival finally began to take shape.

The following night we were whisked away to the spectacle that was the opening ceremony, an entertaining and grandiose event that was one part Oscar ceremony and one part Vegas show. It was an amazing production that I think my ears are still ringing from. 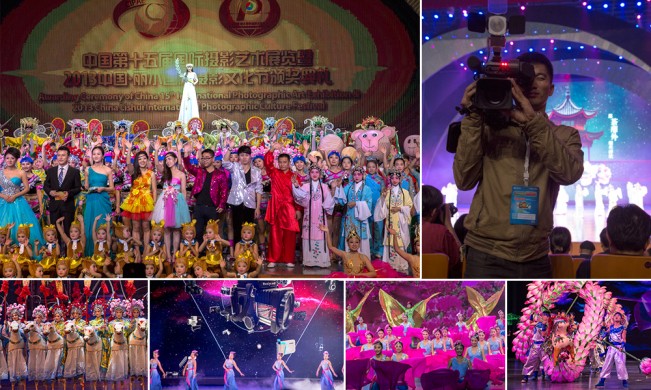 The next day marked the official beginning of the festival. There were several locations around town to encompass the 200 exhibitions with over 6000 works on display. Most of it centered around our location at the remnants of a sprawling oil pump factory. There was some impressive spaces and even more impressive installation of work by photographers from 30 countries. I really believe our little group brought a unique voice to the show that helped add abstraction, poetry and pictorialism to a festival dominated by documentary works. Kudos to our curators on that point and also addressing this year’s theme of “feminine”. My favorite exhibition was a traveling book collection called Little Big Press presented by 3/3 that found a perfect home in a tiled room in the factory. 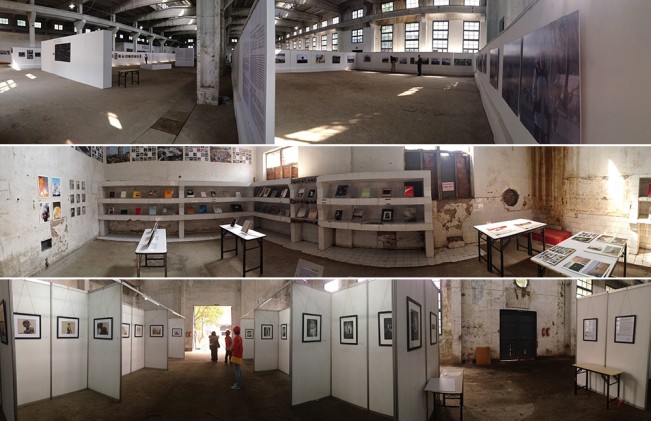 Of course a photo festival attracts many avid and aspiring photographers. As a result, we often found ourselves at the center of many photo feeding frenzies. Countless group photos were taken. Where will these thousands of photos appear? Who knows. Although some of us did manage to be featured in the local newspaper. 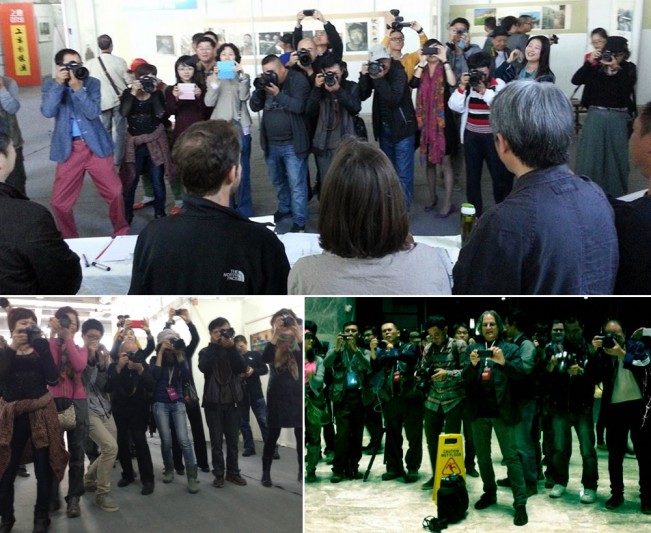 Naturally we could not restrain ourselves either and many portraits were taken of each other. For fun, Fritz and myself often took portraits of assorted people we met along the way. Which, comedically, would inevitably lead to a random local photographer suddenly appearing and making his own behind the scenes photos. 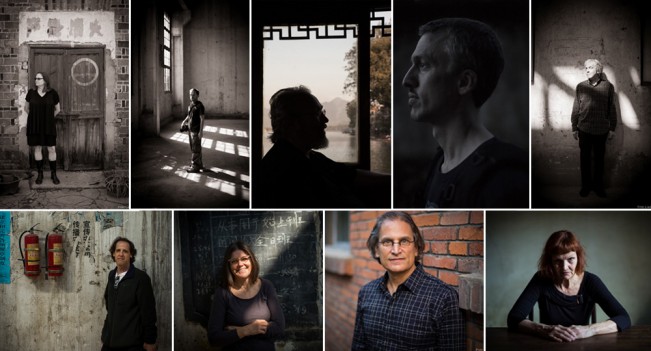 We were a small group of mostly strangers that instantly clicked. We made new friends in China and amongst ourselves. Sometimes it takes traveling around the world to meet someone that lives in the next state over. We had exotic food, rural adventures, crazy cab rides, foot massages, never ending meals and much more. Some took trains (the wrong ones) and some took planes but we all made in and out in one piece. Luggage was lost but luckily all was found. The adventure continued for some after Lishui with side trips to Beijing, Shanghai & Hong Kong. To top off the trip, Fritz Liedtke & Barabra Ciurej (with her collaborator Linsday Lochman) both won Grand Prize Awards, Susan Kae Grant took home an Award of Excellence and Yan Li won Top Curator! Not a bad haul of three artist awards out of a total of eleven in the festival. Much thanks to Yan Li and the people of Lishui for trip I am sure we will all never forget. 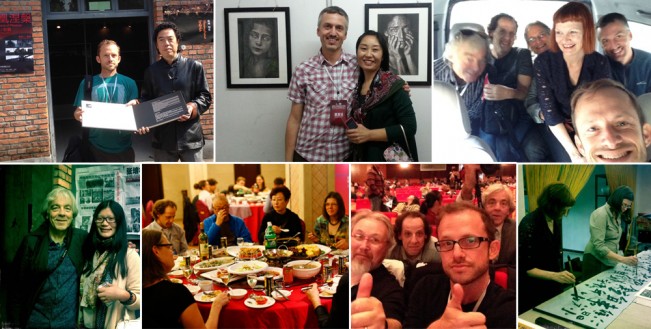 NEXT | Petros Koublis: IN LANDSCAPES an alternate state in parallel time >
< The Jennifer Shaw Mixtape | PREV