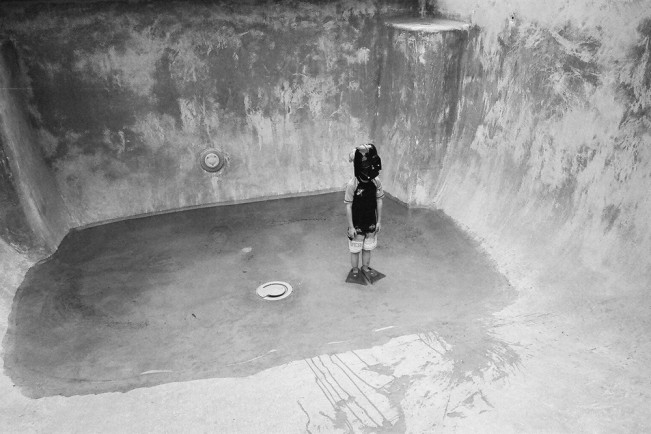 Longtime friend, fellow Six Shooter, and lover of all things New York City, photographer Ashly Stohl has released her first monograph, Charth Vader, published by Peanut Press. This project is the result of layered seeing as a mother and participant observer of her youngest child, Charlie. Charlie sees the world differently as he is navigating life with ocular albinism, but the poignant and humorous juxtapositions of the Darth Vader mask and a little boy in the real world allow for a sense of normalcy–the fact that he has challenges with his eyesight does factor into the scenarios. They simply allow us to remember the yin and yang of childhood.

Ashly enjoyed all aspects of the book making process when and now has formed her own press, Peanut Press, with the help of photographer David Carol. I look forward to their next efforts. 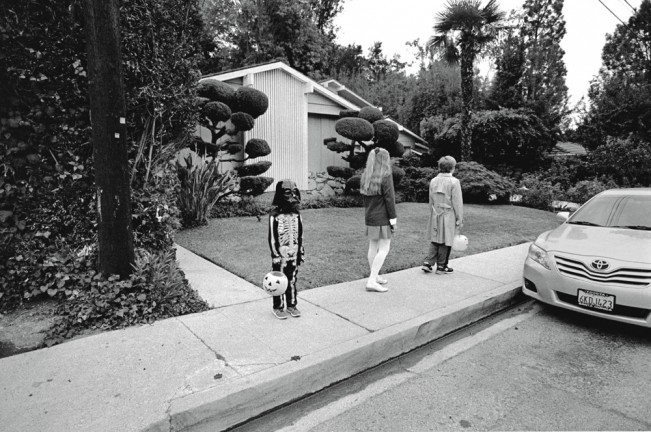 Congratulations on the book!  How did it come about?

Thanks!! I’ve been taking pictures of Charlie all his life and sharing them on a Tumblr with friends and family. A theme emerged – Charlie’s obsession with Darth Vader.

I have worked with David Carol for a few years, and the idea for the book came out of our conversations about the work. Because this book was so personal, I was hesitant to hand it over to a publisher. It was natural that we would make the book together. His experience publishing his own books is invaluable, and we share a similar outlook about how books should be produced, marketed and distributed. Most importantly, we shared a vision for the work itself.

I knew how I wanted the book to feel, and look – I wanted something small and precious, much like Charlie. I wanted to do a small run with a limited edition and didn’t need the distribution capabilities of some of the larger publishers. Most of all, I wanted control over the design and quality of the book. 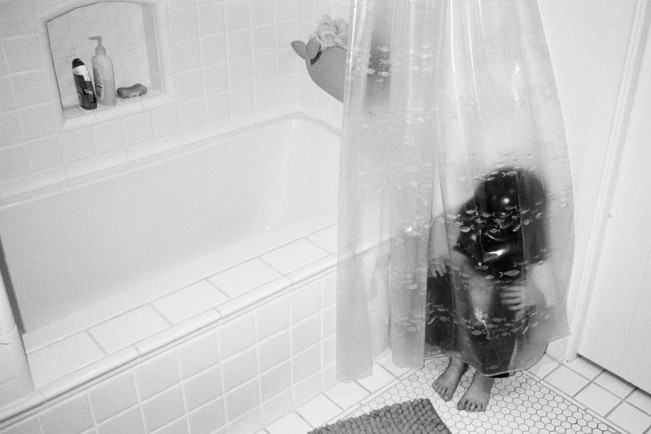 I love the humor in the images. Did Charlie understand the hilarity of his juxtapositions? Was he a cooperative subject?

Charlie is naturally funny, but I’m never sure how much he knows that. To me, he’s Charlie Chaplin’s Little Tramp combined with George Burns, an old man in a kids’ body. Some of our best pictures came from something he was already doing that was funny, or putting him in a situation and letting him run with it. This is his natural humor coming out in the pictures. He was cooperative for the most part, but I will say that the last few pictures were like pulling teeth. He’s over it, and that’s fine with me. This project is about a moment in his life, a phase, not something that should go on forever. 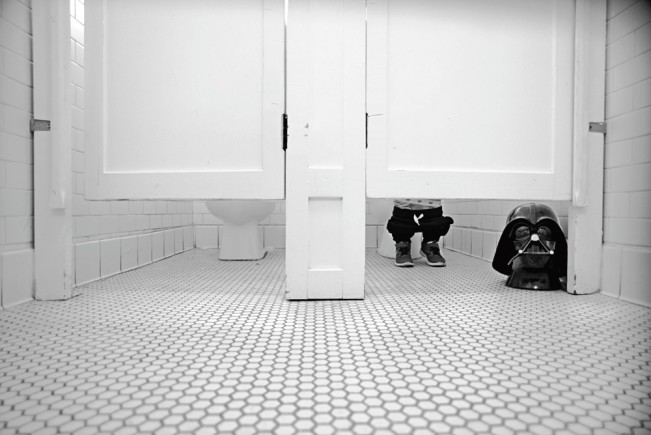 As a mother and participant observer of the day to day of your children’s lives, are you always on the alert as a photographer?

It took me a long time to be able to photograph my family life. Actually you were one of the first people who encouraged me to shoot my daily life, which is easier said than done.

Early on in my career, I would photograph anything but my family life – I wanted an escape. I photographed skateboarding everywhere from Venice to Cuba, anything to have a little “me” time. The hard thing about subjects like that is that you have to go out and find them, so I wasn’t shooting when I was home with the kids. Eventually I realized that if I wanted to shoot all the time, I was going to have to make do with what’s around me. It took me some time and experimentation to be able to “see” photographs in my daily life, and shoot them with my own voice as a photographer, not as a mother, or at the very least, a combination of both. 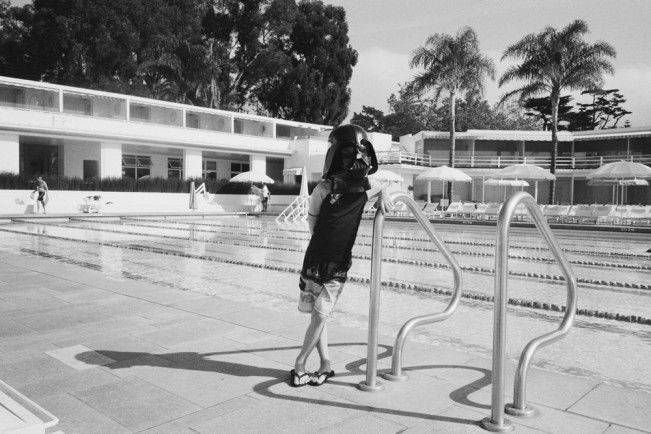 Knowing that Charlie has ocular albinism, the irony is that the mask might impede his sight even more or is it a protective shell?

The mask is terrible for both seeing and breathing, so while we are shooting, he’s usually trying to take it off and get some air! His eye condition causes his eyes to wander around a bit (nystagmus), and one eye turns in (strabismus), so, as a photographic subject, his eyes are a bit difficult to connect to. The mask solves everything and lets you respond to his physical posture, rather than asking, “where are his eyes looking” or what’s wrong there?”

The way the mask obscures his identity makes the message more universal. To me, this project is about my boys and their struggles in the world, but to another person, this could be the struggle of any child that feels small and frustrated and sometimes confused and sometimes mad. 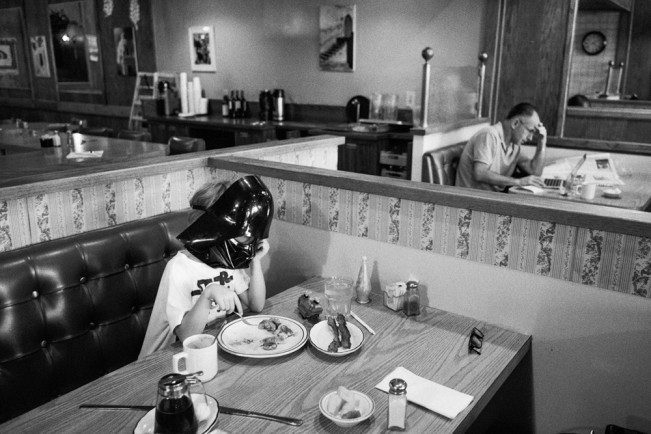 It’s fantastic that the profits from this book benefit the Vision Center at Children’s Hospital Los Angeles–can you talk about the organization?

Having kids with special needs is part of the fabric of our family. I’m always trying to figure out how to make things better for my kids, so it was a natural question to ask myself if I could use this book to do some good. The answer, of course, was a resounding “YES!”

I wanted Charlie to be my partner in making this book, and for him to understand that we are doing this to help kids who have a much harder time than he does. The Vision Center at CHLA was the obvious choice. They are leaders in research, and treat children from around the world, regardless of their ability to pay. They treat children with a wide span of vision conditions, everything from blindness due to prematurity, to cancers of the eye. How could we not want to help?

It’s also possible that this whole thing is an apology for the time my son, Jake, tried to kick the head of the department in the face. Jake really doesn’t like eyedrops. Sorry, Dr. Borchert. 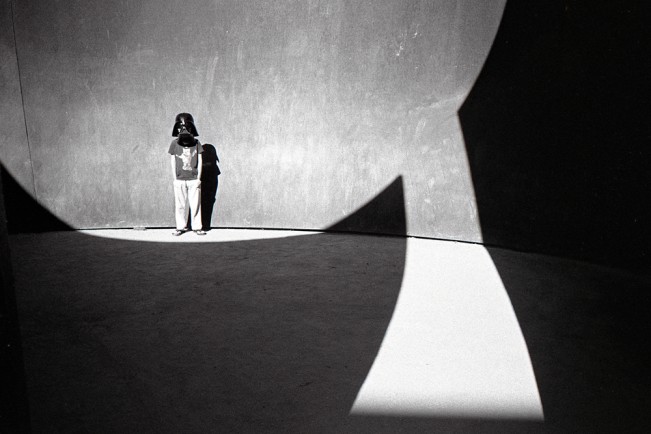 After going through the process of publishing a book, you decided to start your imprint. Can you describe this process and what your goals are as a publisher?

In publishing Charth Vader, David and I assembled an amazing team of people, who are the best in their field. The legendary Chuck Kelton, who prints for Danny Lyon, Mary Ellen Mark, and Helen Levitt, did the original prints that were used for the book. We brought in Joe Chanin, who did pre-press for David’s first three books, and has 35 years of experience in production and prepress for luxury brand catalogs. To top it off, we printed with arguably the best photo book printer in the country: Meridian Printing in Rhode Island. Meridian has printed books of Diane Arbus, Lee Friedlander, Richard Avedon, Robert Adams, and Irving Penn’s work.

There is such a long history of photographers creating their own imprint to publish their work, so in the spirit of Lee Friedlander’s Haywire Press, I created my own imprint for the book, Peanut Press Books, after one of Charlie’s many nicknames.

Now that we have created a book we are proud of, we want to use our experience and this incredible team to make books for photographers who share our belief that a photo book should be a personal, precious expression of their work. 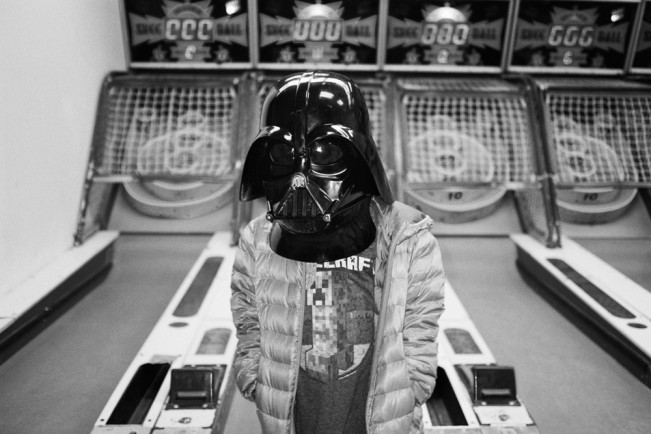 What’s next for you and the imprint?

Personally, I’m looking forward to getting back to taking pictures with no endgame in mind. Everything for the last year has been about completing the project, which takes up so much creative energy.

As for Peanut Press, we are working on our lineup for 2016-17 and will make announcements soon, so keep an eye on our website! www.peanutpressbooks.com 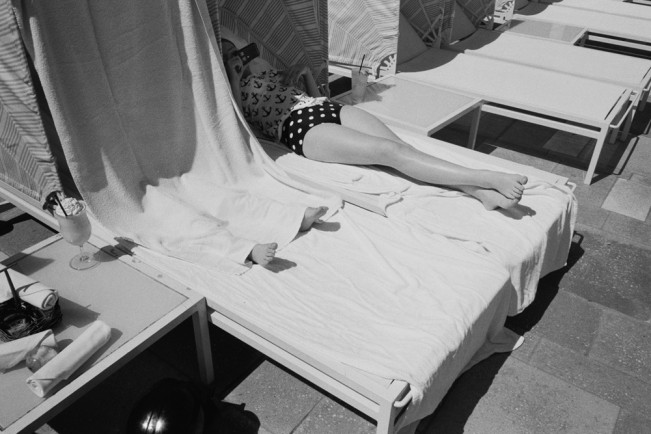 Hmmmm…. My perfect day would definitely be in New York. Maybe pirogues for lunch at Veselka, how about let’s invite Koudelka along? Then, shooting in midtown, and an ice cream at the truck that sits at Prince and Green Streets in Soho. Do you think Koudelka likes ice cream? 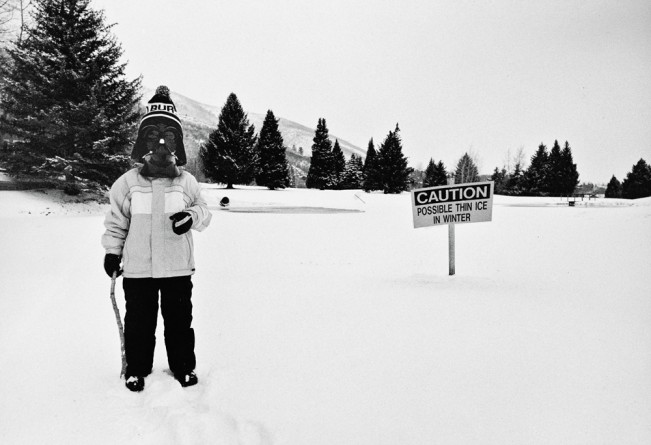 And Charth Vader’s perfect day? Could it be Halloween?

Let’s hear it from him:

AS: Hey Charlie, I need to ask you a question.
CV: How long is this going to take?
AS: Okay, Charth Vader, What’s your perfect day?
CV: My birthday
AS: And what would you do?
CV: Stuff my head in the cake. Done. 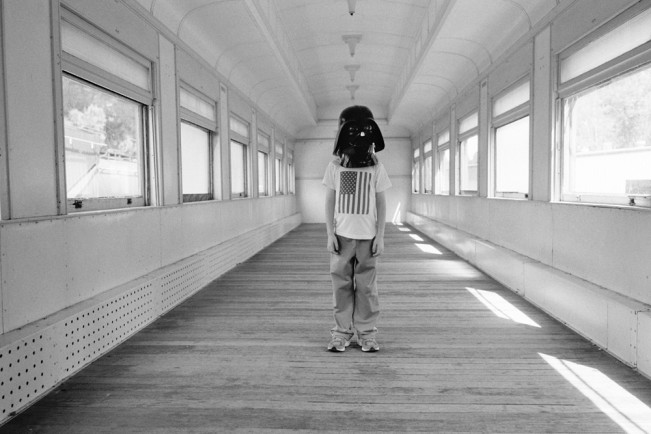 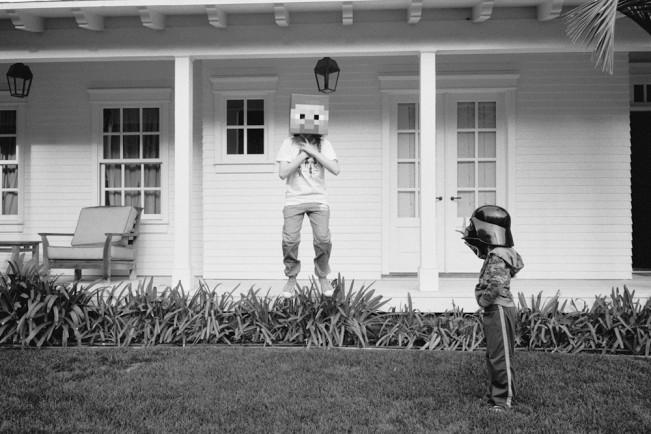 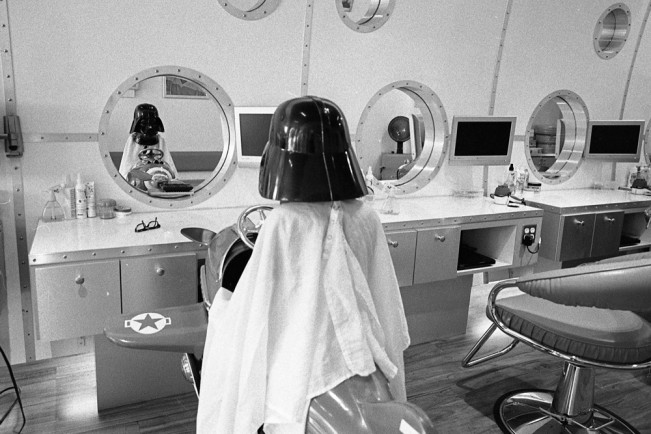 NEXT | Femme Papel at RayKo Photo Center >
< Mario Giacomelli: Under the Skin of Reality – Treasures from the Sassoferrato Archive | PREV