Lauren Semivan: Door Into the Dark by Aline SmithsonFebruary 2, 2018 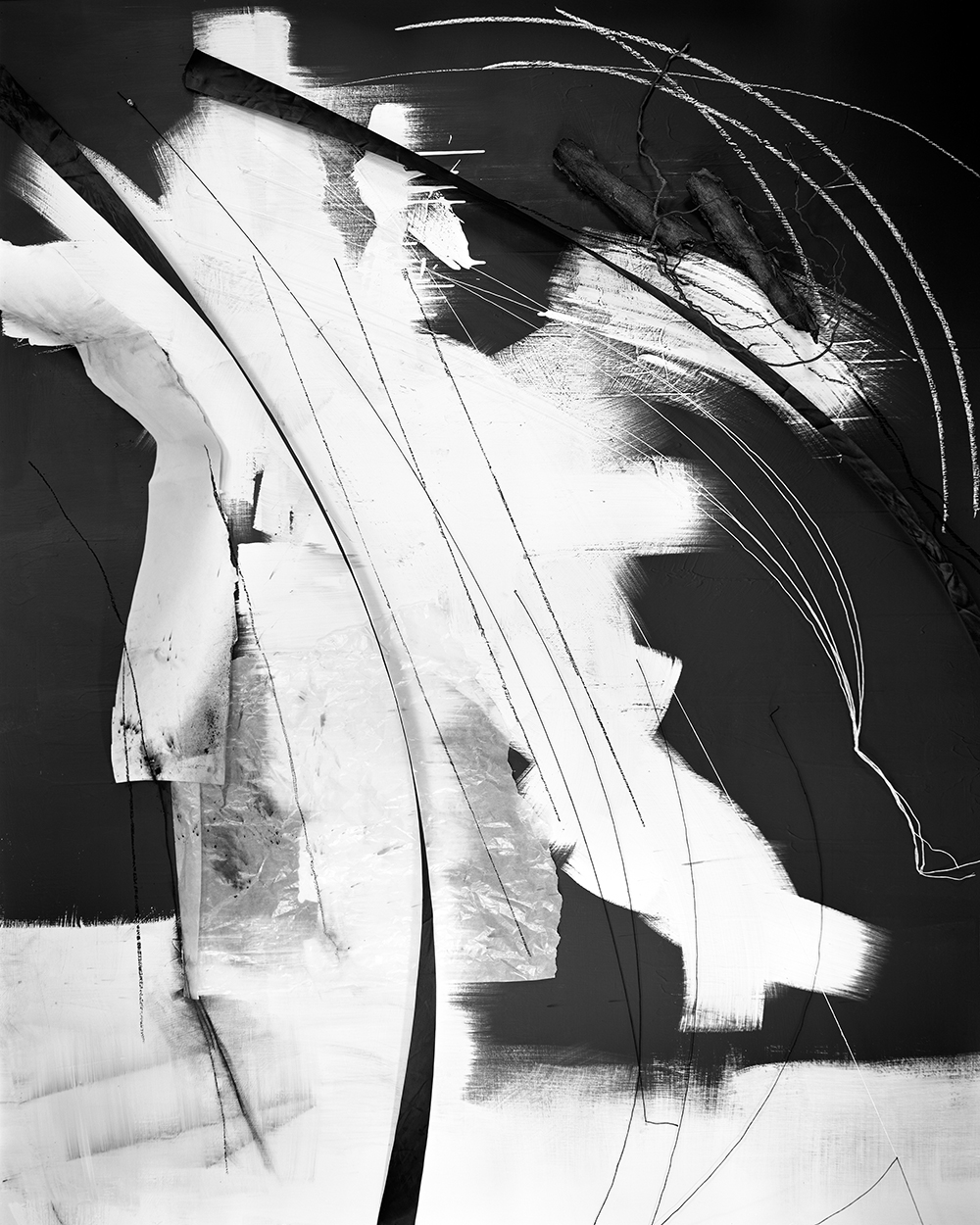 “The elaborate, illusionistic constructions I compose in front of the camera last only until they are photographed, after which they are either discarded or re-incorporated into the next image. The result is a series of images that are both tangible documents of reality and impressions from another unseen realm.” – Lauren Semivan

Lauren Semivan‘s impressive, large scale constructions use photography to enter worlds of painting, mark making, sculpture, and drawing, some where the artist appears within those created worlds , and some where the evidence of the artist is implied through the constructions. Using paper, paint, fabrics both opaque and translucent, string, and feathers, Lauren nods towards the best of abstract expressionism. She uses an early 20th century, 8 x 10-inch large format view camera, not unlike a paintbrush to create “poignant, classically crafted images explore real and fictitious worlds by confounding and perplexing the eye, offering a powerful photographic experience”. She then develops the film manually in a dark room, allowing her to carefully control all parts of the photographic process–a refreshing exception to the norm in today’s world of instant photography. Lauren will open an exhibition of this work, Door Into the Dark, on February 3, 2018, at the David Klein Gallery  in Detroit. 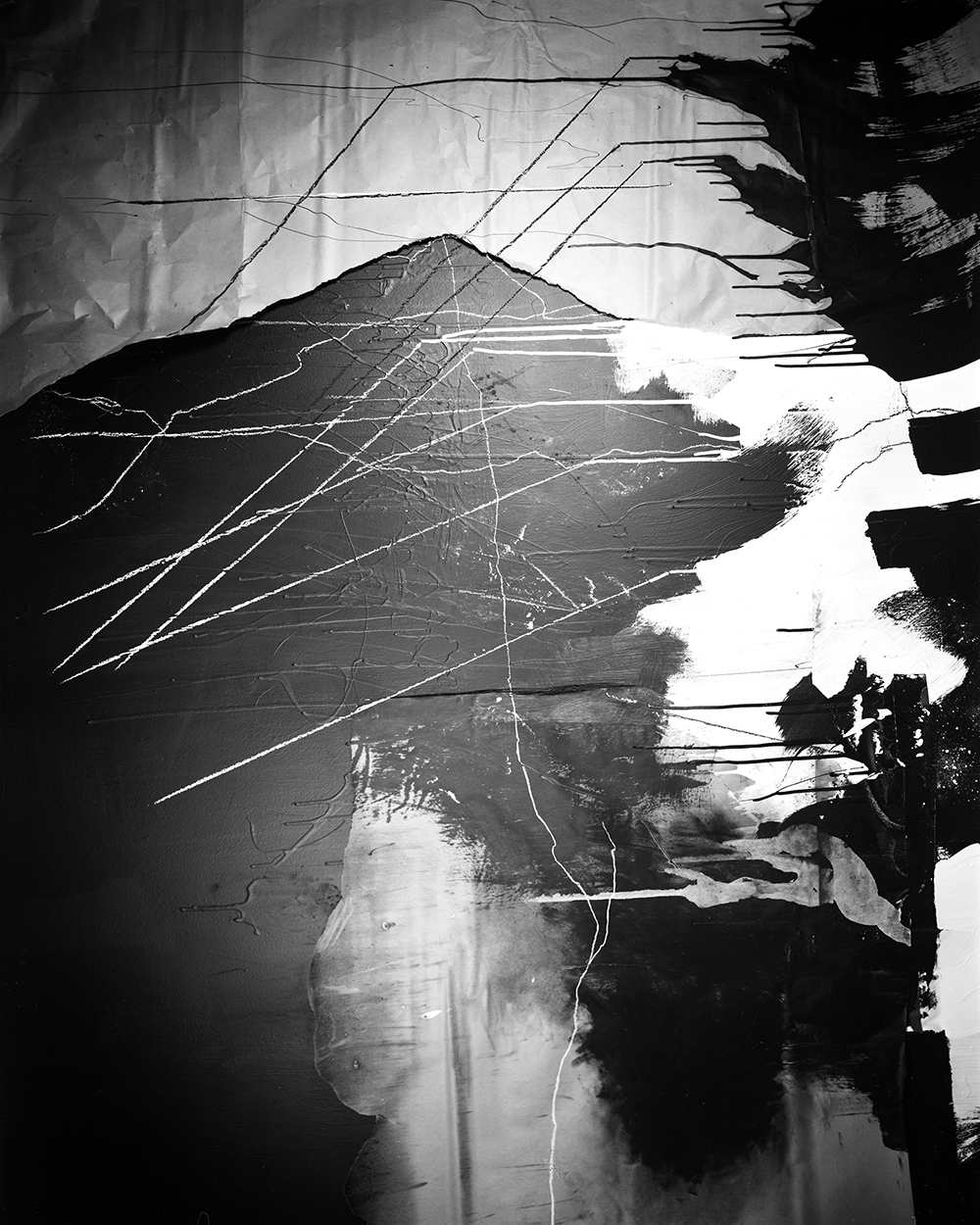 Semivan has received numerous awards for her work including Photolucida Critical Mass Top 50, and The Griffin Museum of Photography’s Griffin Award. In 2014, she was a finalist for The John Gutmann Photography Fellowship, and SF Camerawork’s Baum Award for Emerging Photographers. Her work was recently published in the Black Forest: Four Visual Poems (Candela Books, 2014) and has appeared in the New Yorker, Artforum, Harper’s, Interview, Village Voice, and Photograph.

Semivan’s work is part of permanent collections at the Nelson Atkins Museum of Art, Cranbrook Art Museum, The Wriston Art Galleries at Lawrence University, and The Elton John Photography Collection. She lives and works in Detroit, MI, and is represented by Benrubi Gallery in New York, and David Klein Gallery in Detroit, Michigan. 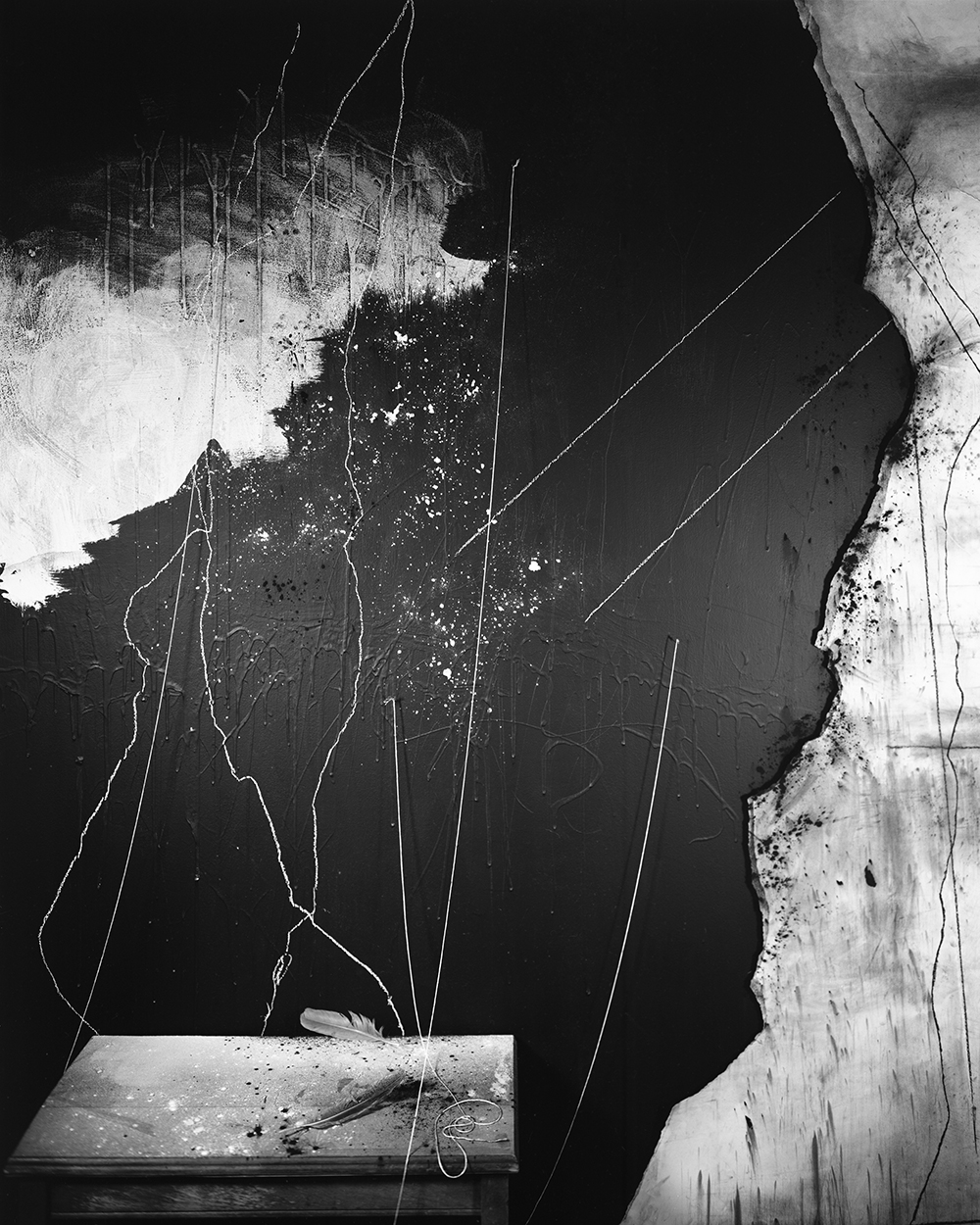 Pitch; material used to waterproof the seams of wooden sailing vessels. The blackness of night in winter; the height and angle of a roof. A steep mountain standing at an immeasurable distance; the frequency of sound.

My relationship to photography is essentially a continuous questioning about the world and my own experiences. Artists, like physicists, are compelled to study forces running counter to the visible. As a child, Albert Einstein was inspired by a mystical experience with a compass needle. In Nadja, Andre Breton’s Surrealist romance, Breton describes a similarly intense emotional response to encounters with the unseen: “I am concerned with facts, which may belong to the order of pure observation, but which on each occasion present all the appearances of a signal…which convince me of my error in occasionally presuming I stand at the helm alone.” These images are the result of a similar continuous investigation into the invisible: an identification and interrogation of potential signals. 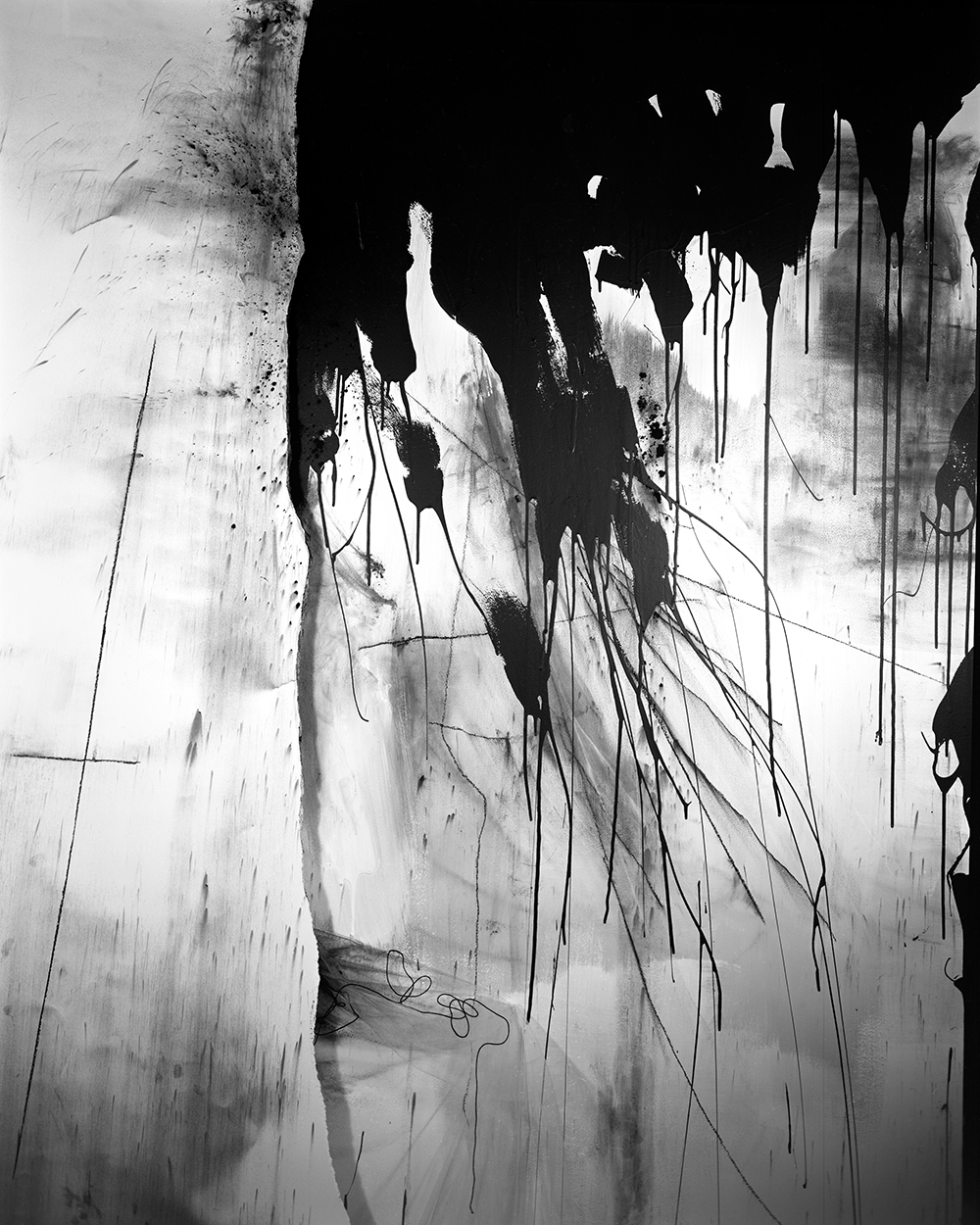 My ongoing body of work has evolved through intense contemplative study and manipulation of a hand-built, sculptural environment. Within this constructed space, photographs transcend consensus reality, blurring boundaries between real and fictitious worlds. Compositions are painstakingly constructed and documented using the large-format camera, a tool for both precision and abstraction.

Propelled by a desire to explore ideas of perception, the images often contain something of the everyday to ground them, juxtaposed with something extraordinary or out of the world to set them free from the realm of the everyday. I use my own body within the work to anchor the images within a place of dreams and personal, human emotions.

I consider photography to be both a tool for escape, and an instrument for self-knowledge: a door into the dark. – Lauren Semivan 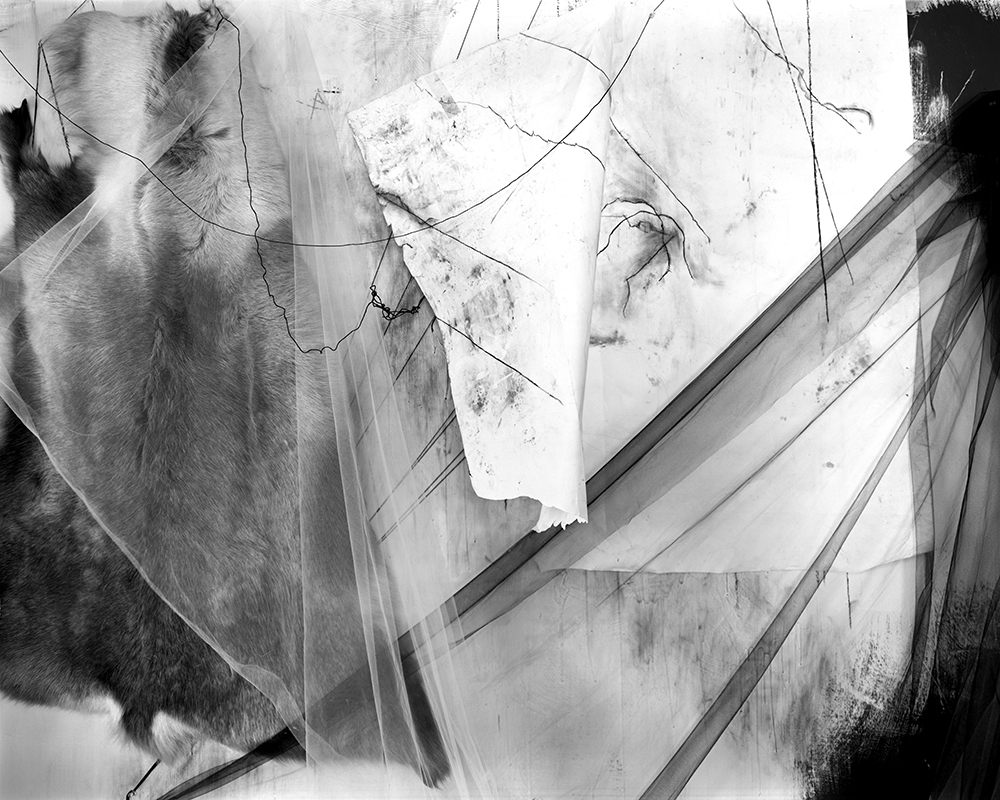 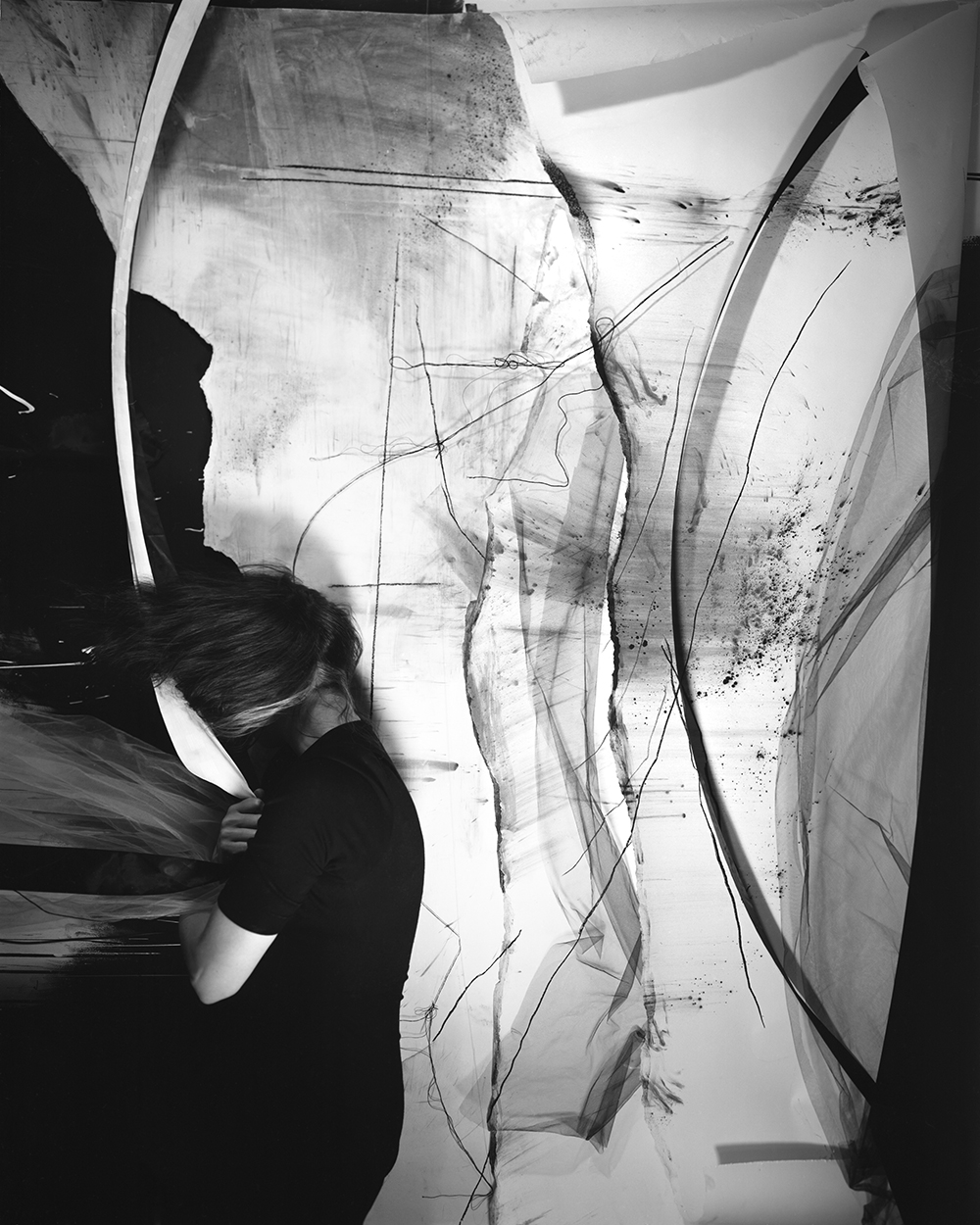 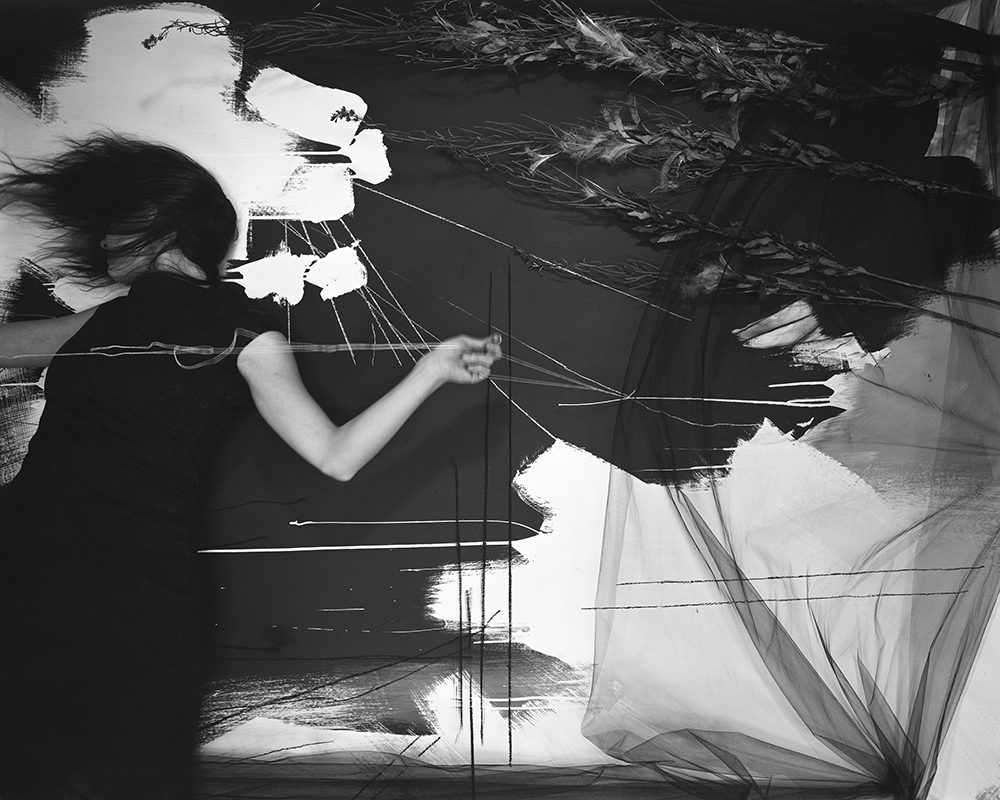 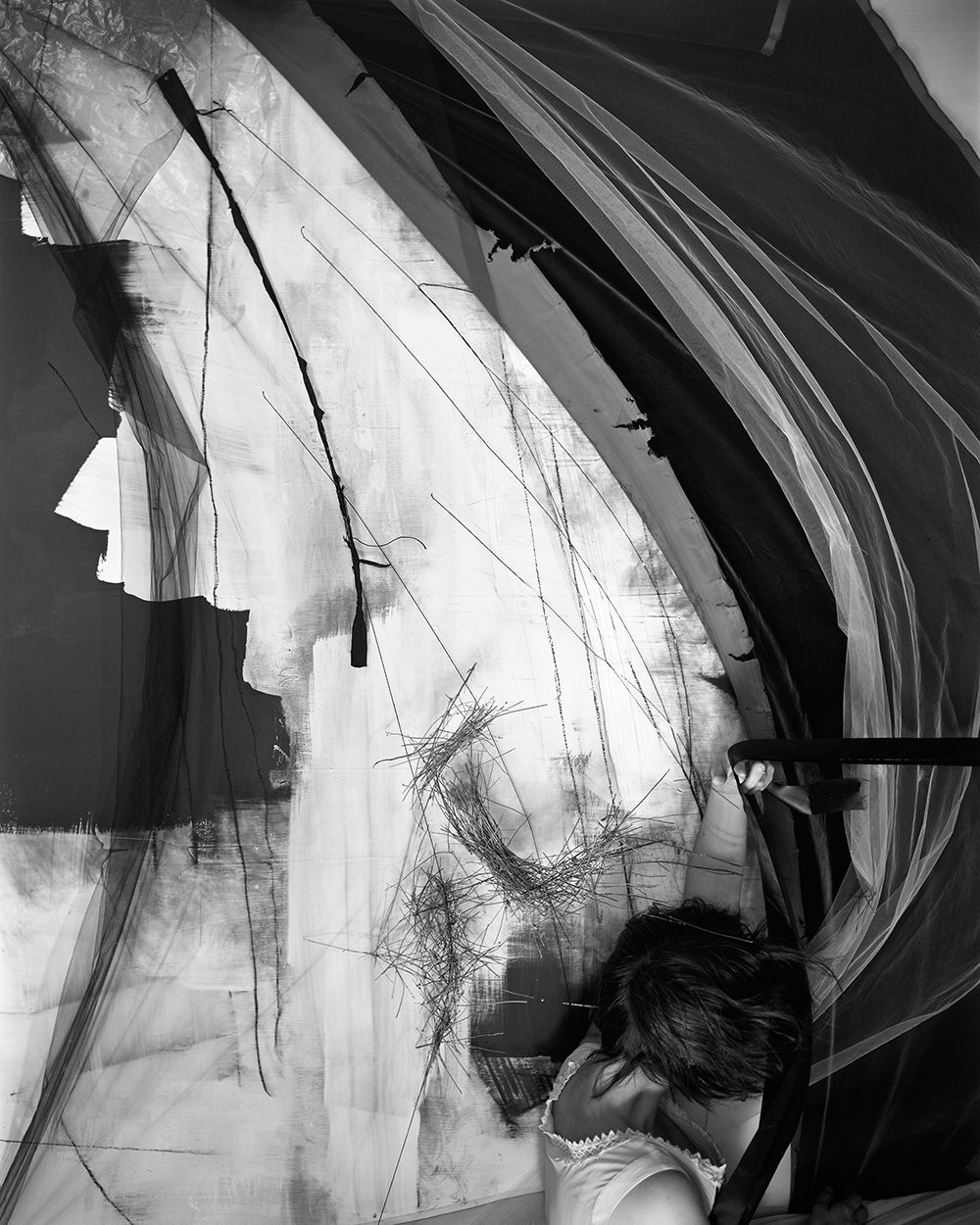 NEXT | Marion Belanger: Rift | Fault >
< Evan Blaise Walsh: The Space Between Us | PREV