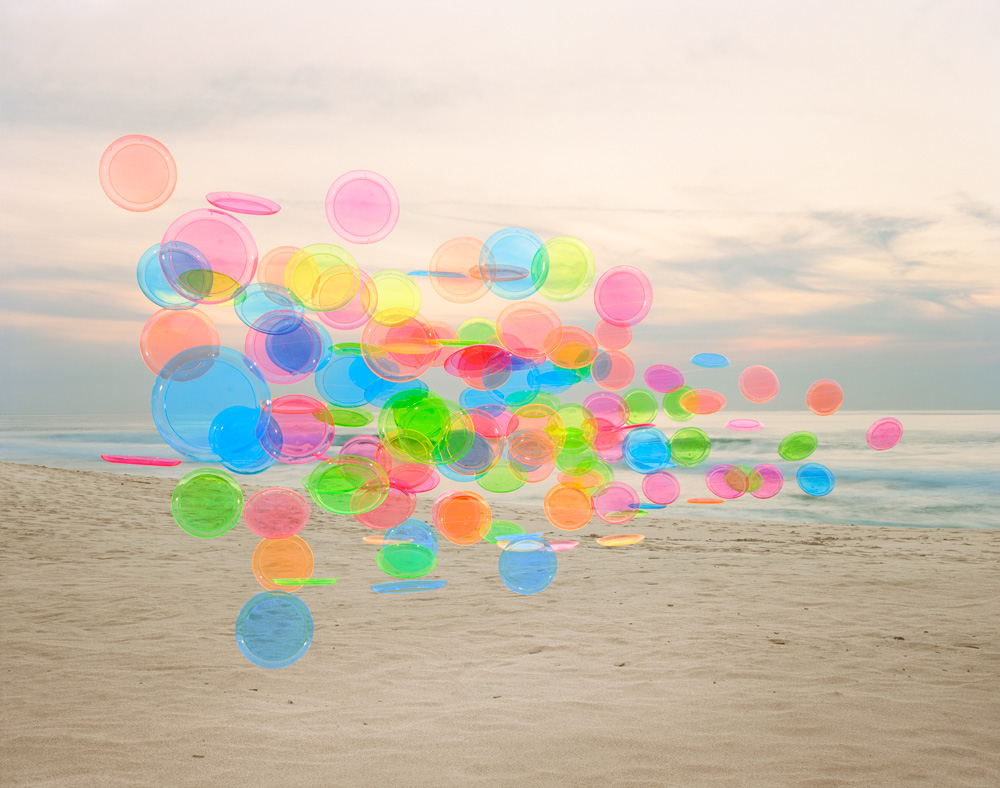 Inspired by natural science and consumer culture, Thomas Jackson juxtaposes mass manufactured consumer products within a natural environment to create a visual phenomena. Created in camera, the photographs from the series EMERGENT BEHAVIOR visually discard our earthly laws of gravity while simultaneously presenting the viewer with systems of pattern recognition such as swarming, clustering and migration. There’s a powerful feeling of believability presented within this series, one that might initially provoke questions regarding his artistic process. Was each photograph constructed as a digital manipulation or did he physically create the clusters? For me, the emotive response outweighs process by tenfold. I’d much rather connect to the moment and immerse myself within this luring sense of magic.

Thomas Jackson was born in Philadelphia, Pennsylvania and grew up in Providence, Rhode Island. After earning a B.A. in History from the College of Wooster, he spent much of his career in New York City as an editor and book reviewer for magazines. It was his particular interest in photography books that led him to pick up a camera, first shooting Garry Winogrand-inspired street scenes, then landscapes, and finally the installation work he does today. His work has been shown at Jackson Fine Art in Atlanta, GA, The Center for Photography at Woodstock, NY and the SFO Museum in San Francisco, CA. Jackson was named one of the Critical Mass Top 50 in 2012, won the “installation/still-life” category of PDN’s The Curator award in 2013, and earned second place in CENTER’s Curator’s Choice Award in 2014. He lives in San Francisco. 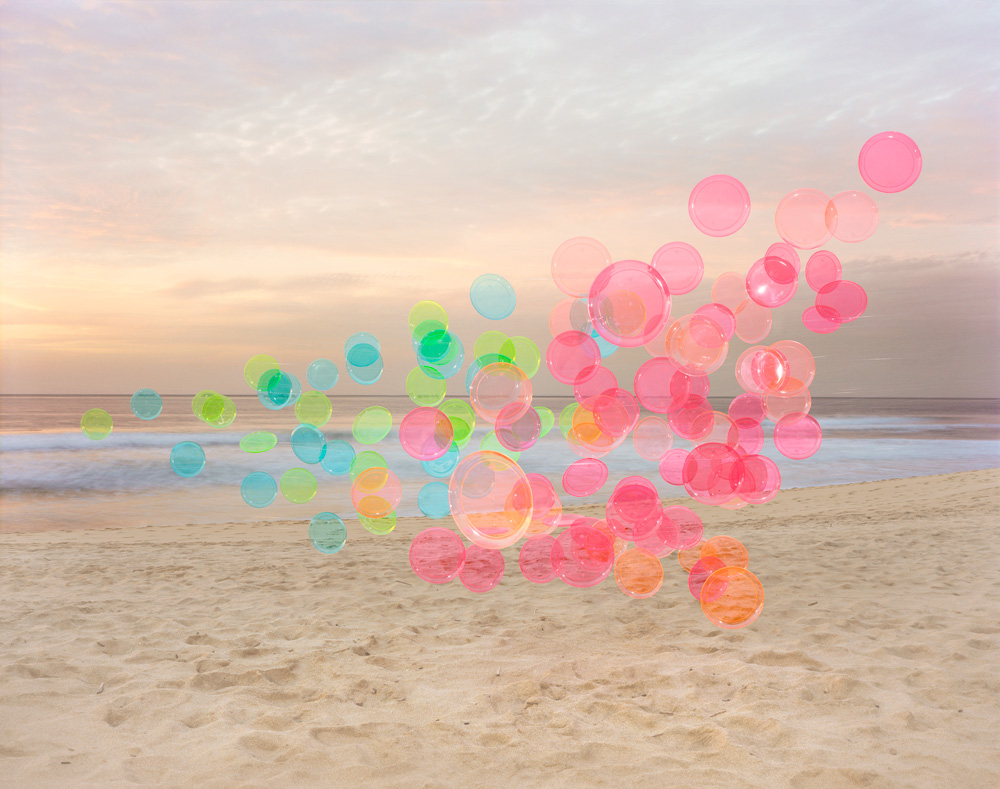 The hovering, in-camera installations featured in this series of photographs are inspired by self-organizing, “emergent” systems in nature such as termite mounds, swarming locusts, schooling fish and flocking birds. The images attempt to tap the mixture of fear and fascination that those phenomena tend to evoke, while creating an uneasy interplay between the natural and the manufactured and the real and the imaginary. At the same time, each image is an experiment in juxtaposition. By constructing the sculptures from unexpected materials and placing them where they seem least to belong, I aim to tweak the margins of our visual vocabulary, and to invite fresh interpretations of everyday things. 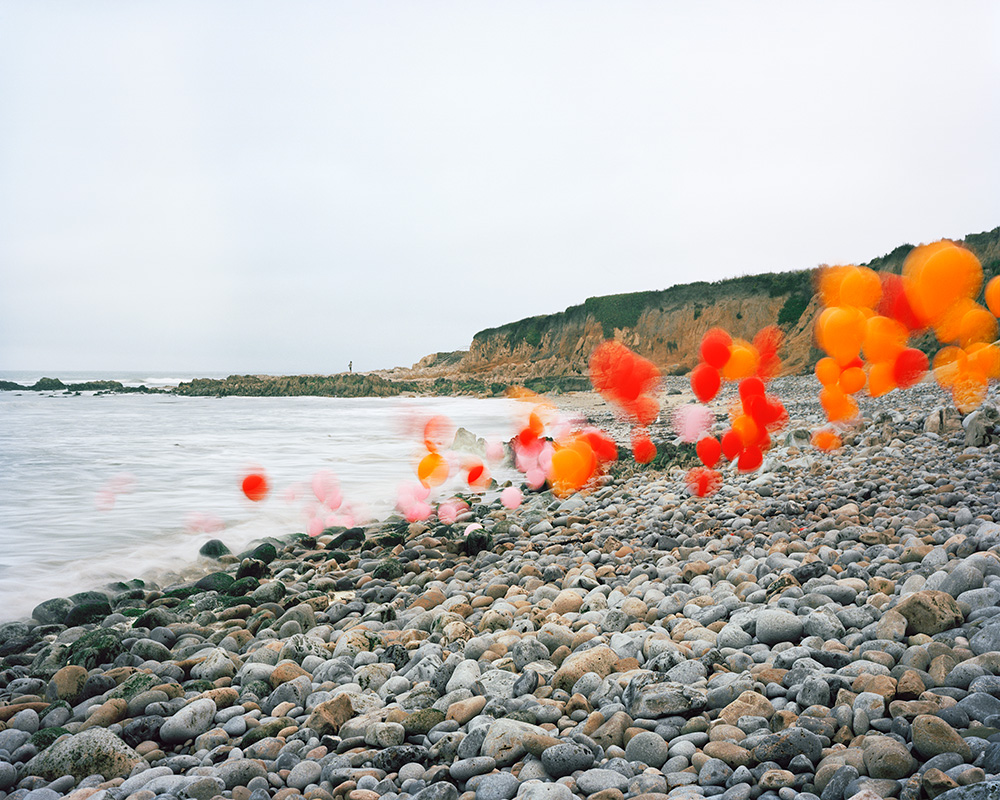 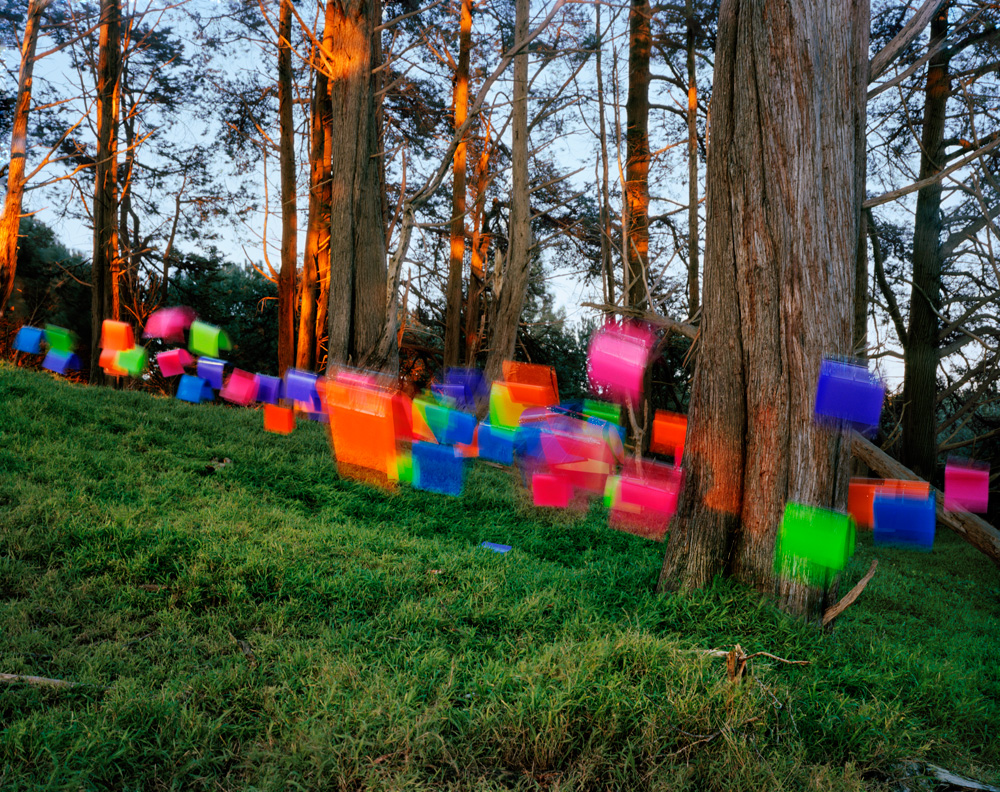 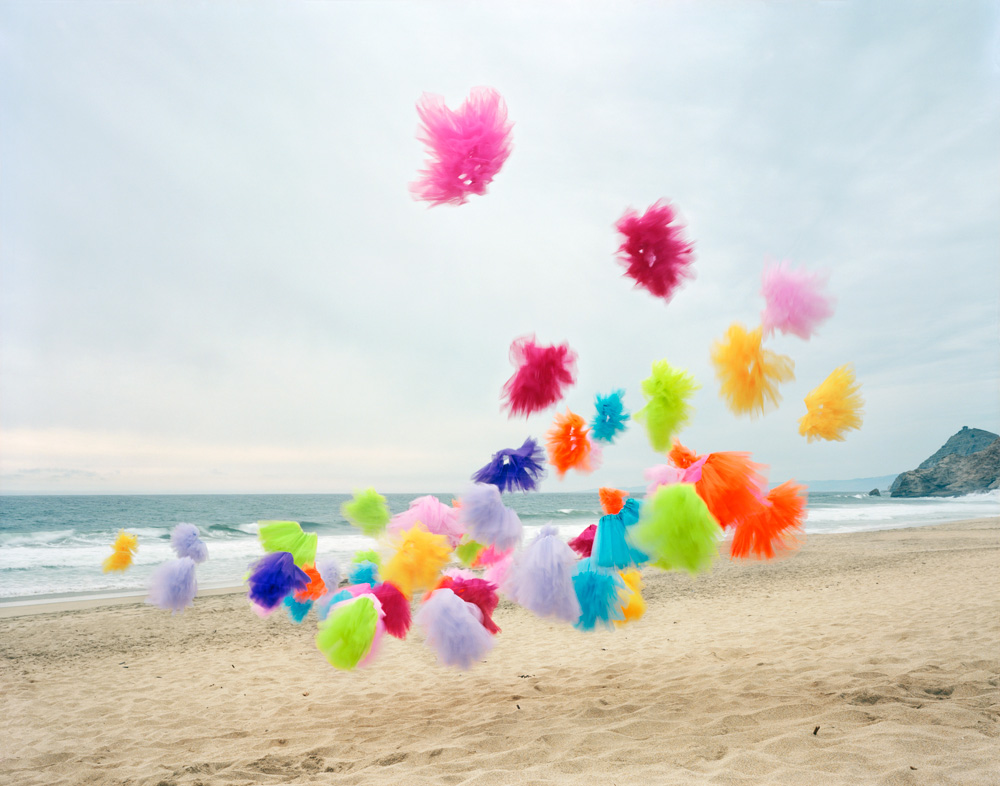 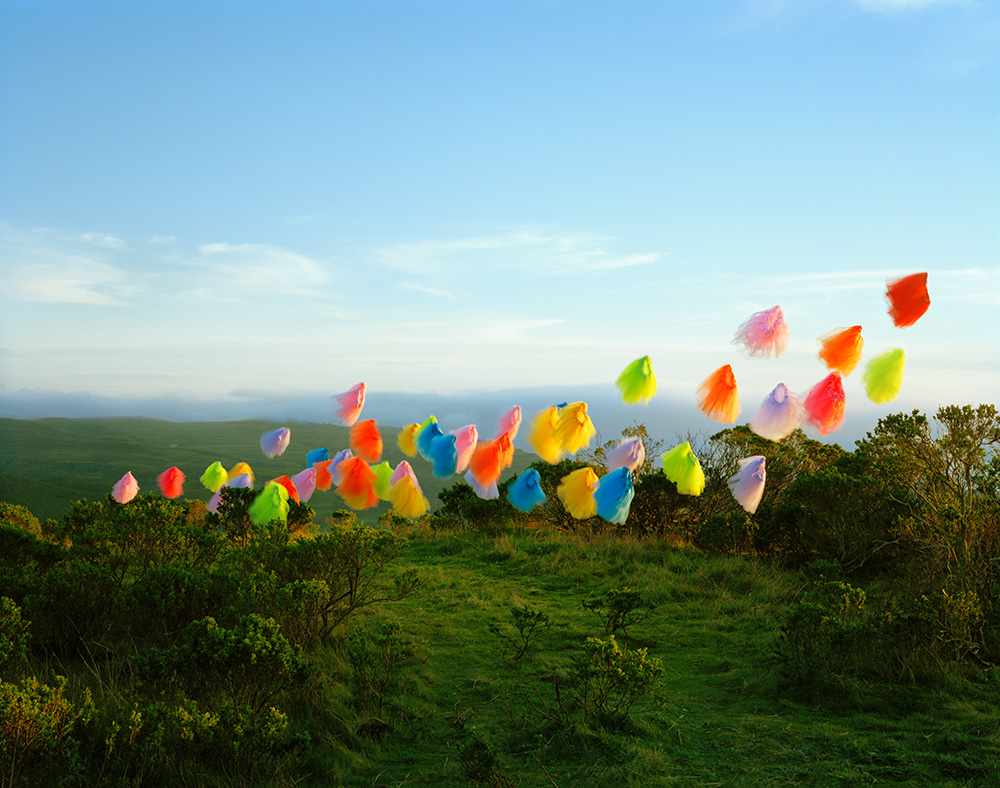 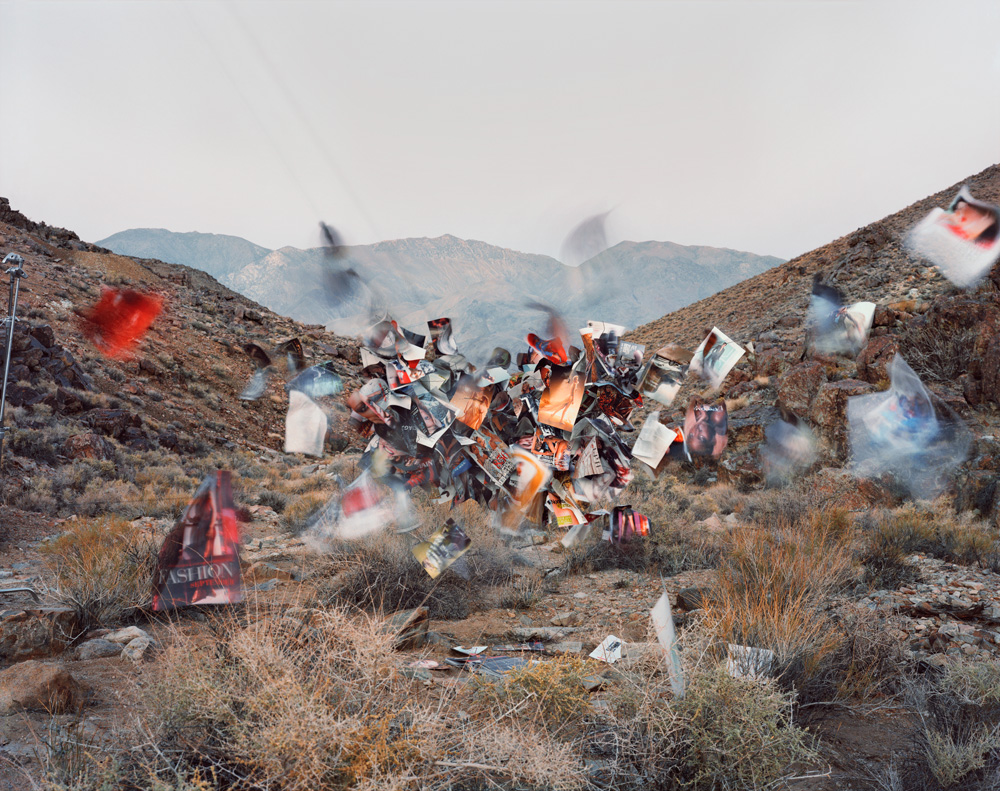 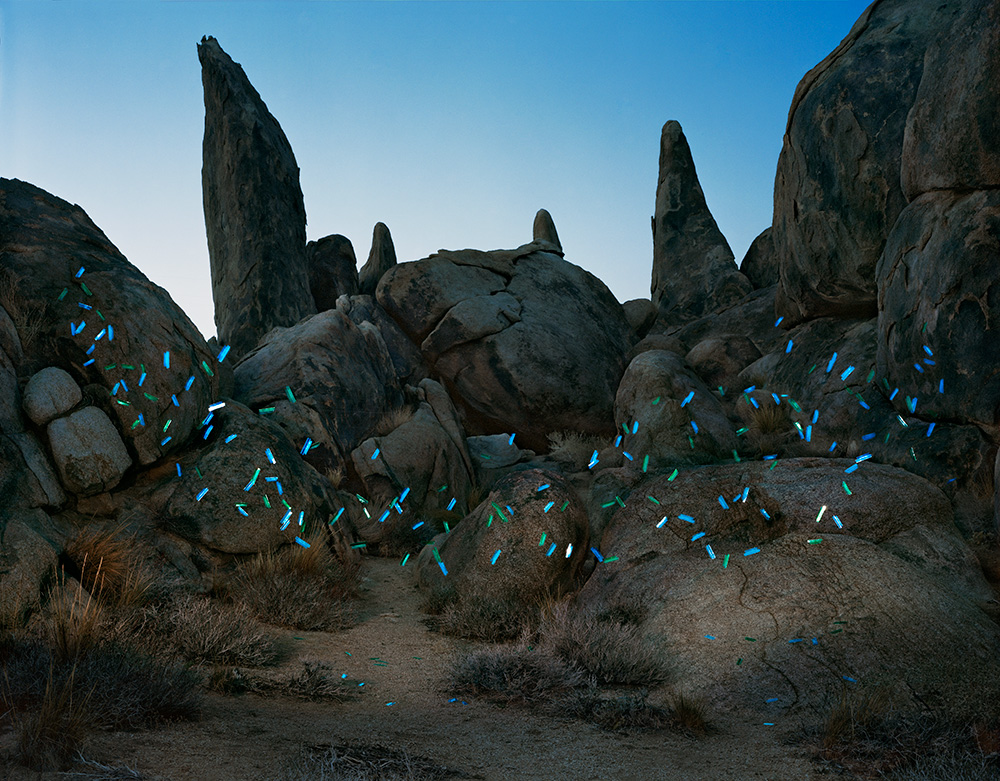 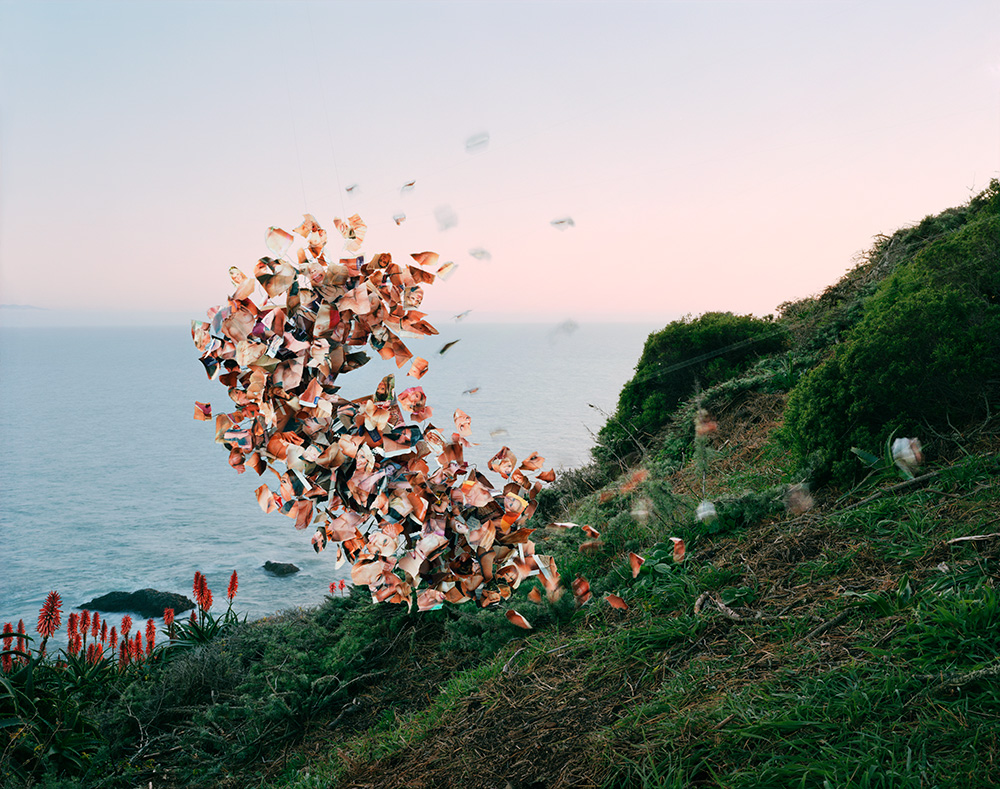 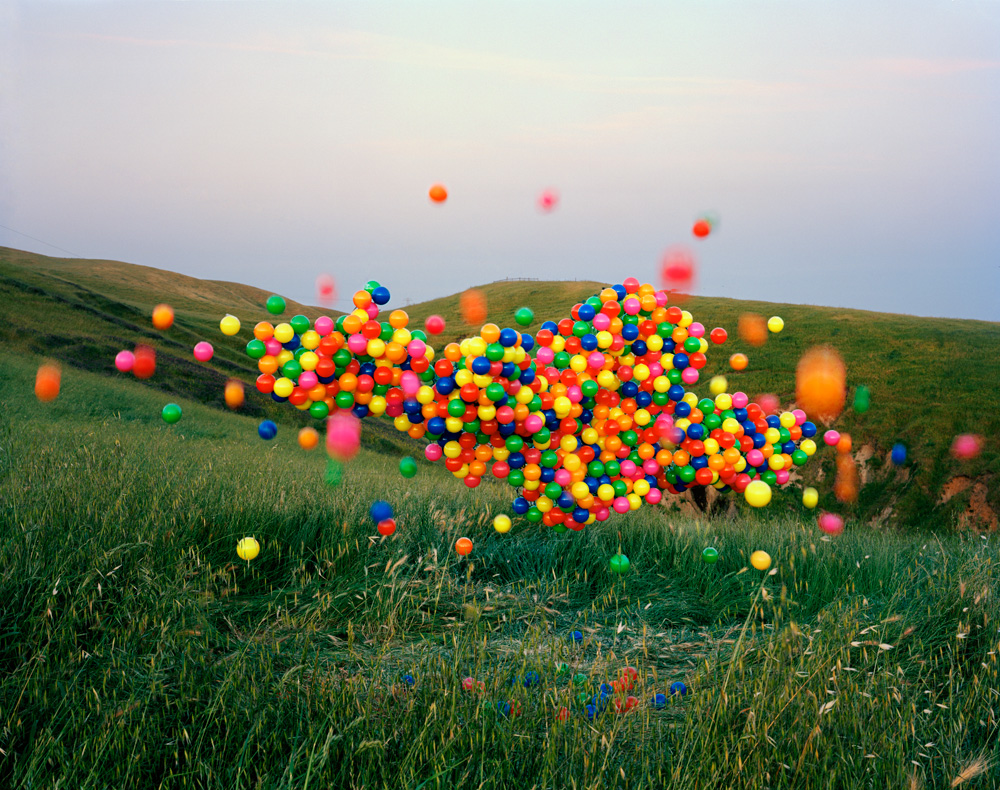 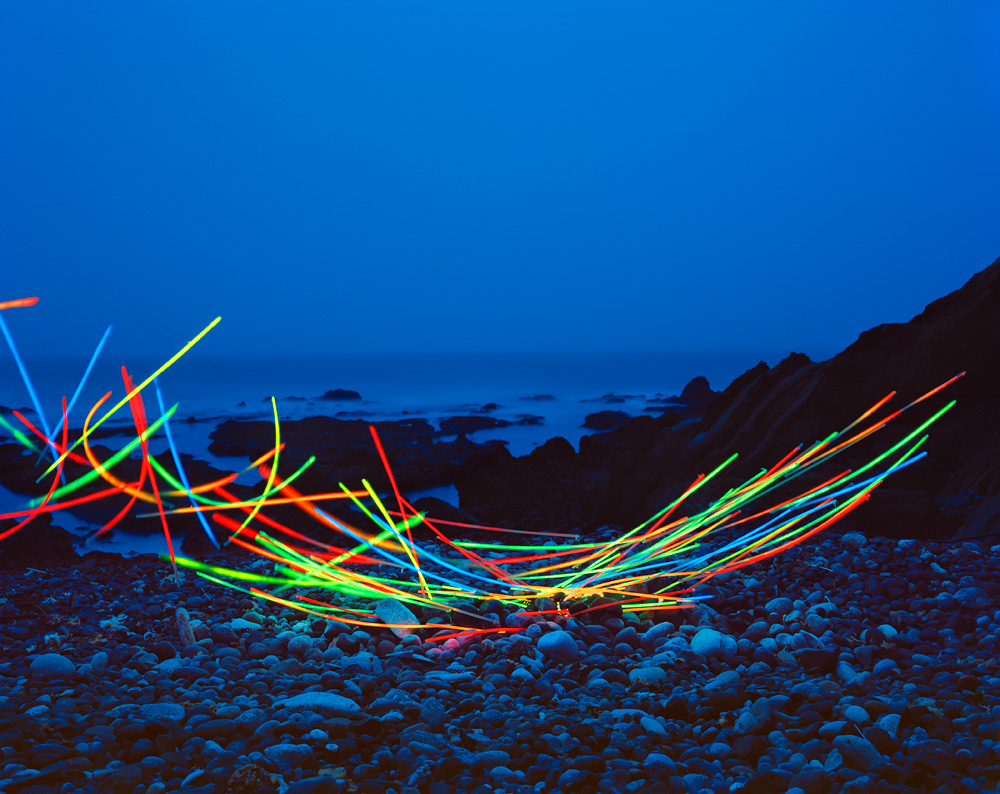 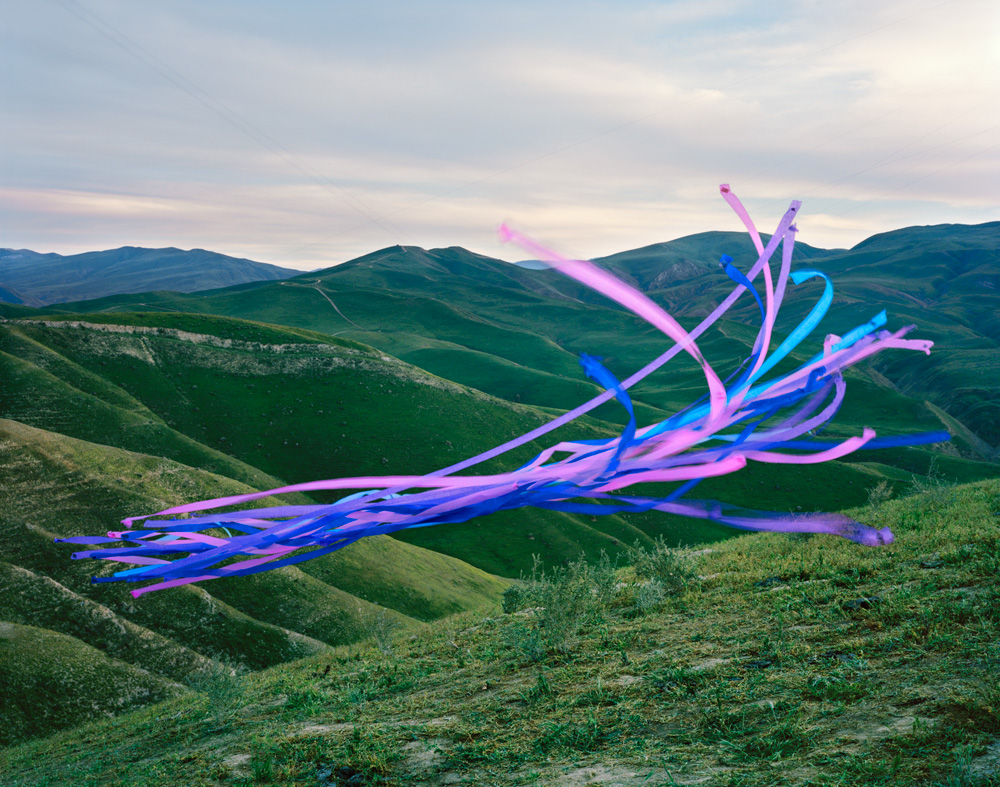 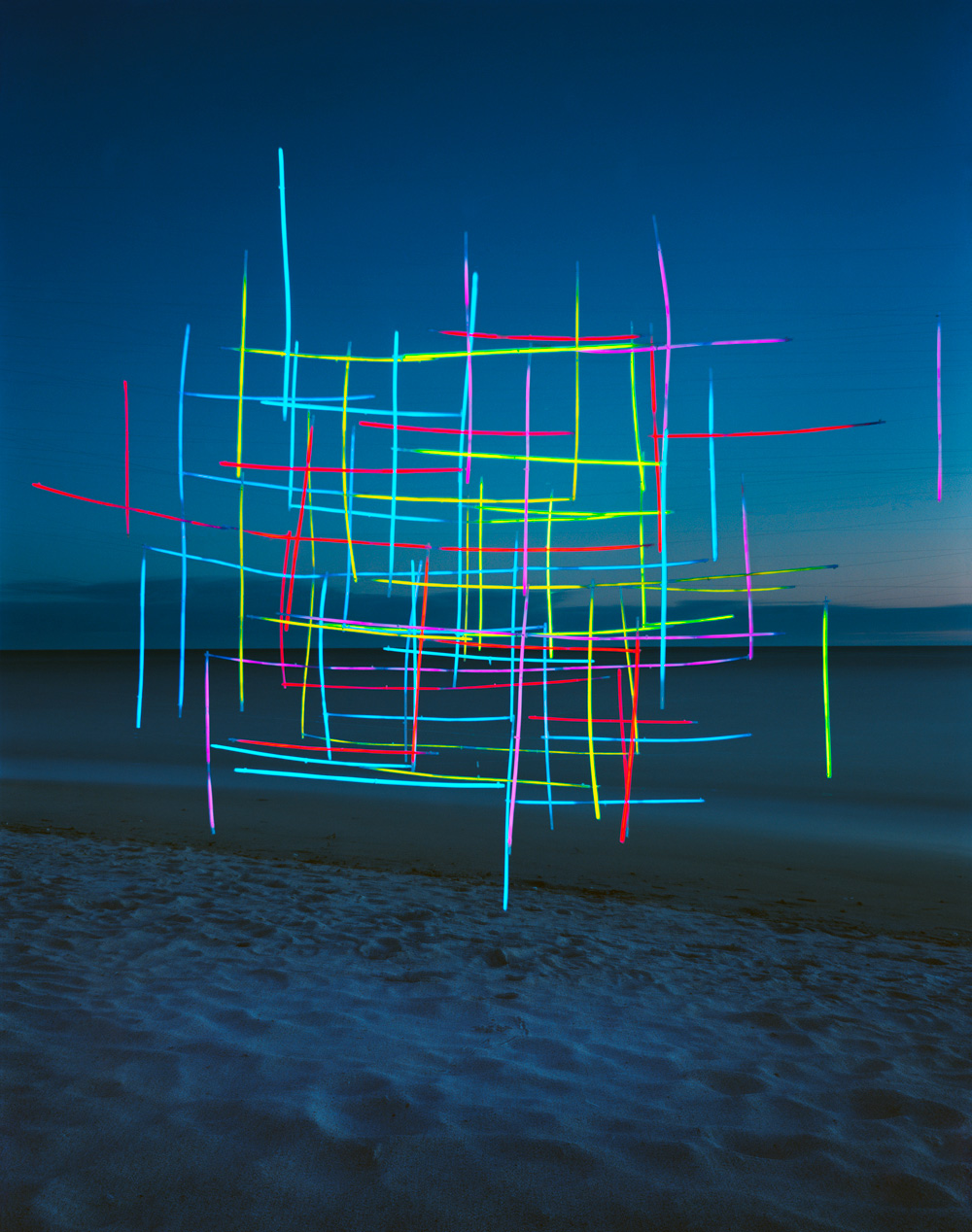 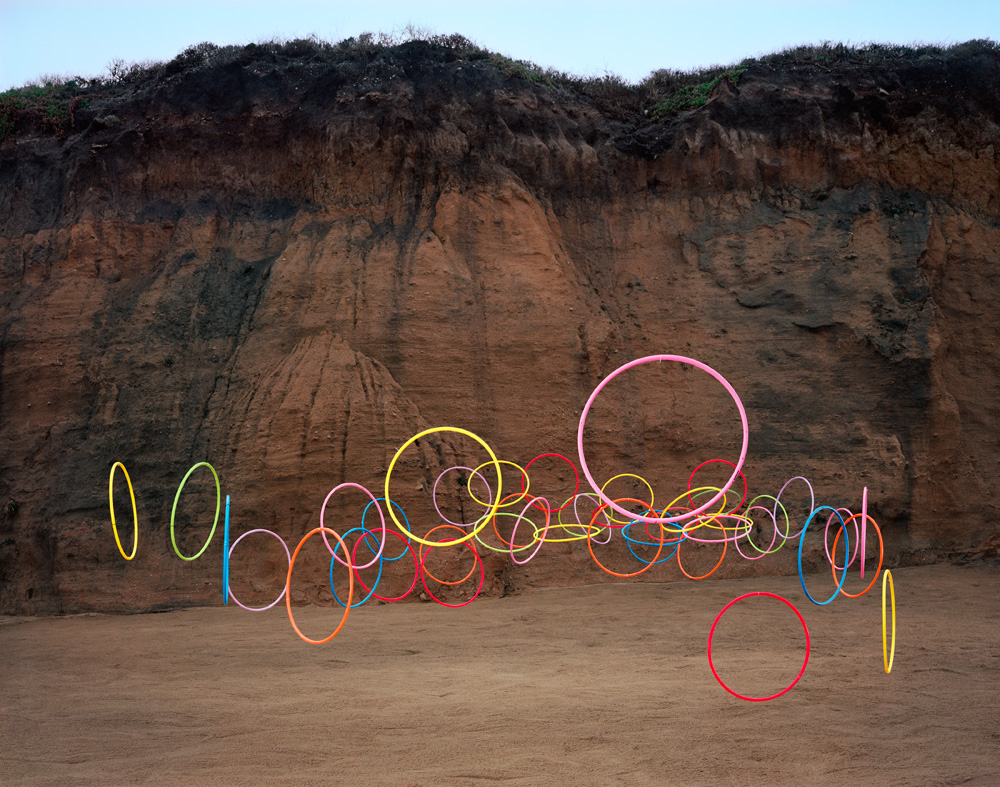 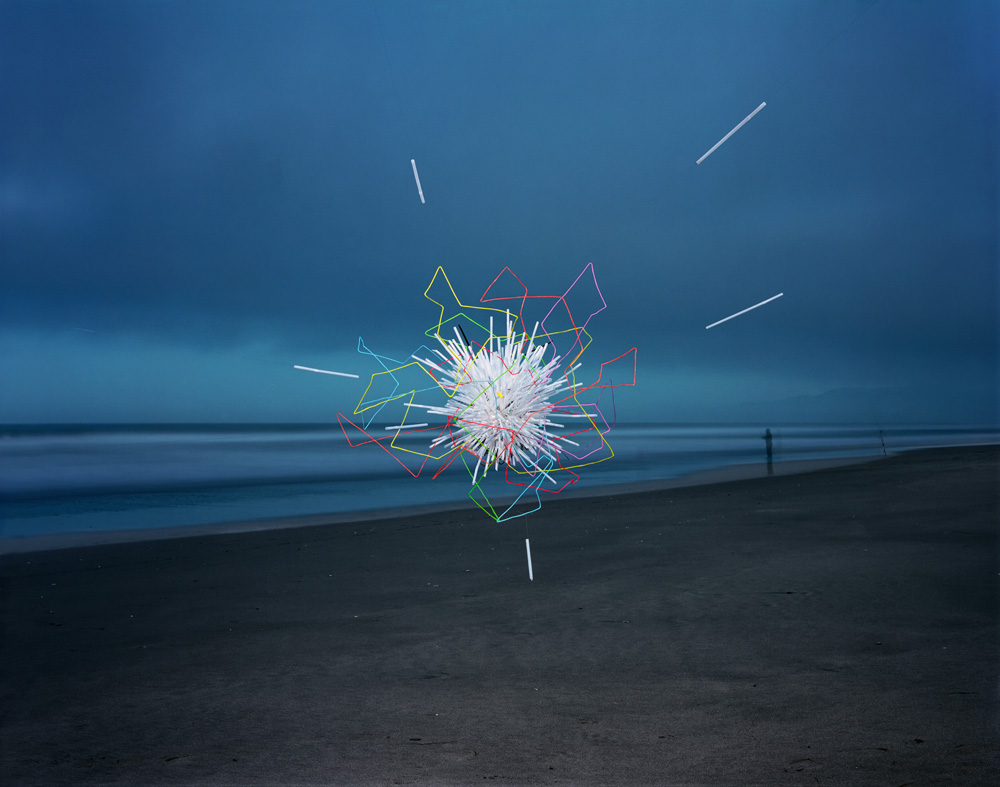