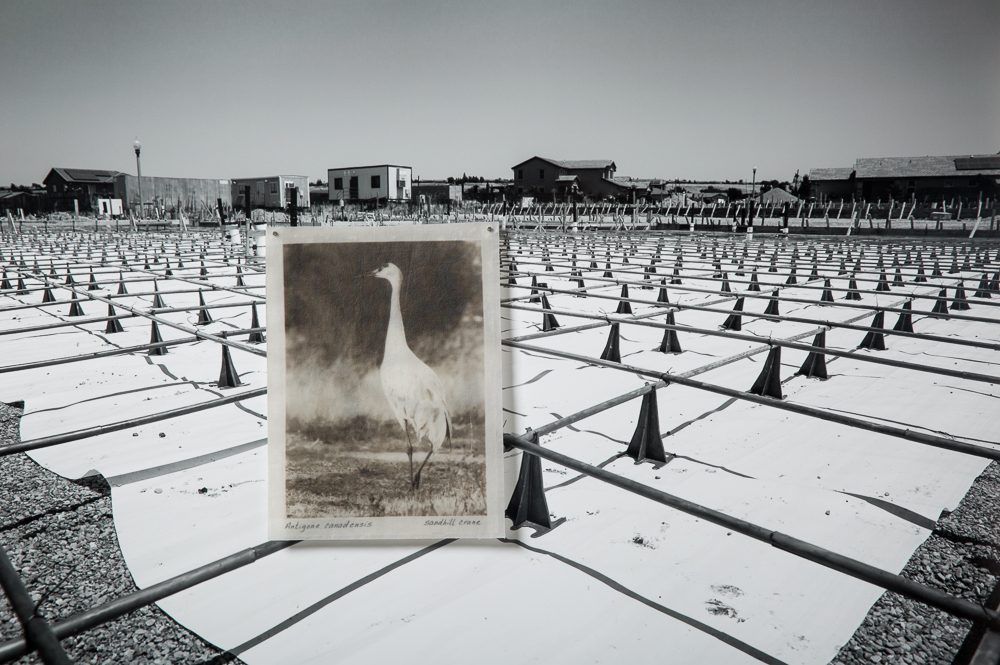 Projects featured over the next several days were selected from our most recent call-for-submissions. I was able to interview each of these individuals to gain further insight into the bodies of work they shared. Today, we are looking at the series Habitat Lost: Negative Effects of Suburban Sprawl on Ecosystems, by Debra Small. 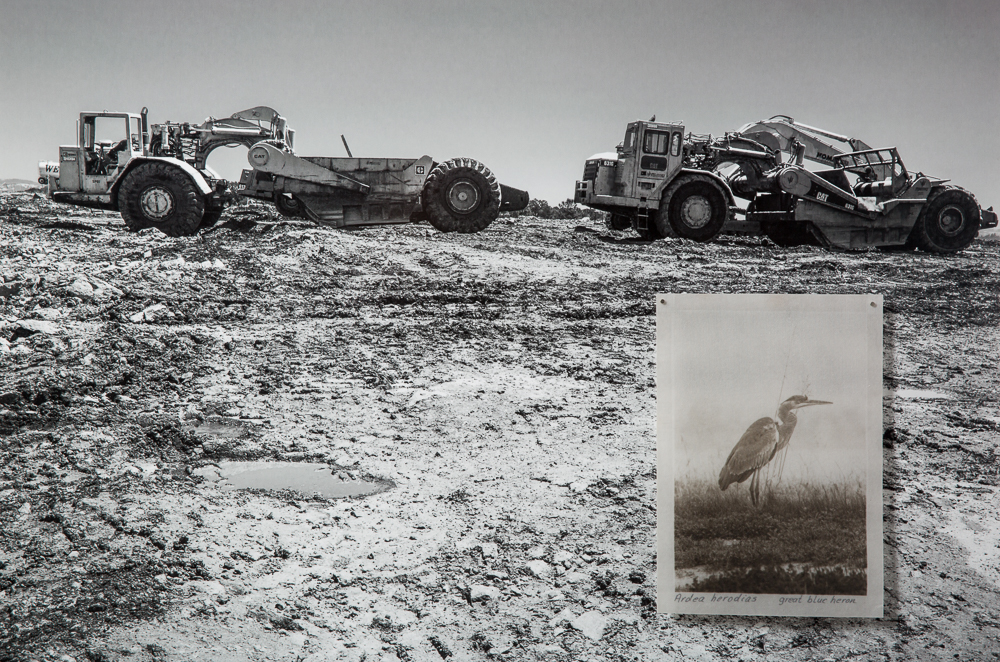 The wild landscape of the Western United States is being rapidly converted to a built landscape due to suburban development. The destructive nature of these large-scale developments immediately disrupts the ecosystems. Even after these developments are completed, they continue to destroy the adjacent environment in the wild-land urban interface due to human caused wildfires, habitat fragmentation, enhancing invasive species migration, surface and groundwater pollution, soil erosion, and pesticide impacts on wildlife. Habitat Lost: Negative Effects of Suburban Sprawl on Ecosystems, is a response to this uncontrolled ecological destruction.

The work is comprised of large 20” x 30” black and white, digital, high contrast prints of the constructed environment. Furthering the dialogue of environmental loss from suburban development, small kallitype prints on fabric, encased in encaustic wax, of the lost wildlife and habitat, are hung in front of the large black and white images. This body of work relates both to western society’s desire to replace natural land and environments with contemporary construction and developments, as well as photography’s desire to replace the historical with the digital photographic prints.

The environmental impacts from suburban developments are pervasive, widespread and not easily resolved. Changes to zoning requirements, community planning, and the use of infill development can provide short term mitigation to the onslaught of environmental damage from rampant over-development. However, long-term preservation of biodiversity will require us to embrace the moral principles of ecocentric thought, accepting that all living things have intrinsic value and are interconnected. This conversion of ethical thought will not occur overnight, but failure to move in this direction will continue to adversely affect our ecological sustainability, leading to further disruption of habitats and the extinction of species. 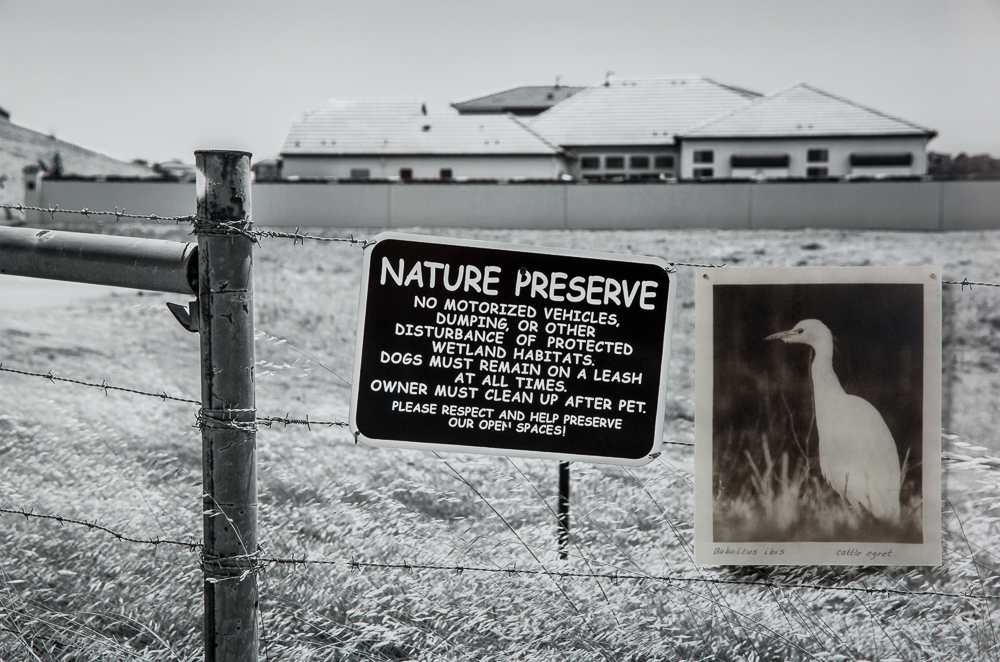 Daniel George: What is your connection to the landscape, and what prompted your interest in beginning a project on habitat loss?

Debra Small: I am a native Californian, and throughout my life I have observed the never-ending march of development out of cities, into adjacent undeveloped natural lands, throughout the state. Over the last seven years, the conversion of natural land to a developed landscape has been occurring at an alarming rate here in Northern California, where I currently live. Seeing large sections of open savanna grasslands and oak woodlands in the Sacramento Valley and adjacent foothill regions disappearing in as short as three years prompted me to document this change. 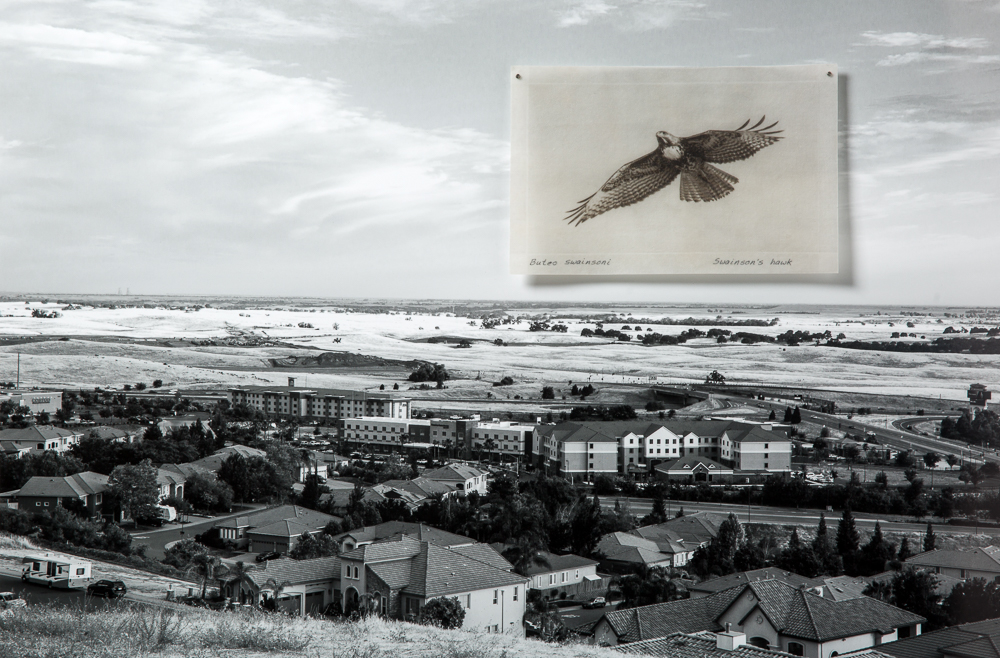 DG: How does your background as a biologist inform the project?

DS: Having a background as a biologist has allowed me to understand the deeper ecological impacts from the loss of these lands, beyond the visual beauty of the natural landscapes. I have a keen understanding of the interconnectedness of the various species living in these ecosystems. My research and knowledge of the secondary damaging effects that occur to the environment surrounding these developments, even after construction is completed, gives me insight into the large picture of ecological destruction that is ongoing from suburban development. 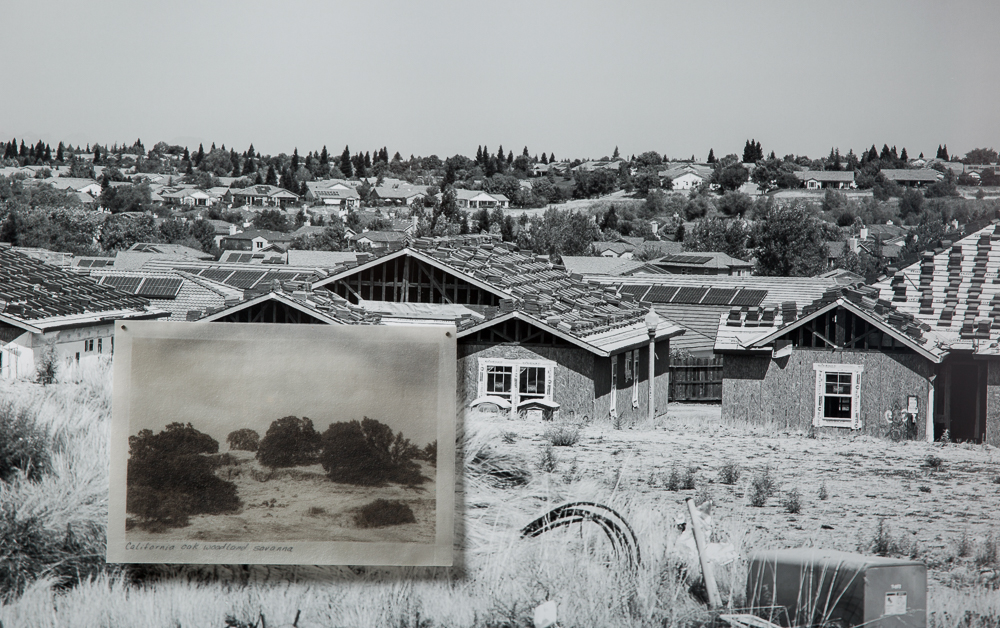 DG: In what way does the content of the kallitypes relate to the larger, digital photographs? Why was it important to highlight these relationships?

DS: All of the kallitype images illustrate habitat and wildlife being negatively impacted by the construction and development shown in the large digital images. As a documentary photographer, I was careful to show habitat and wildlife that inhabit those ecosystems that are being destroyed. It was important to illustrate the connection between the species, including mammals, birds, reptiles, and insects, to the habitats at risk. It is more than just land that is lost. 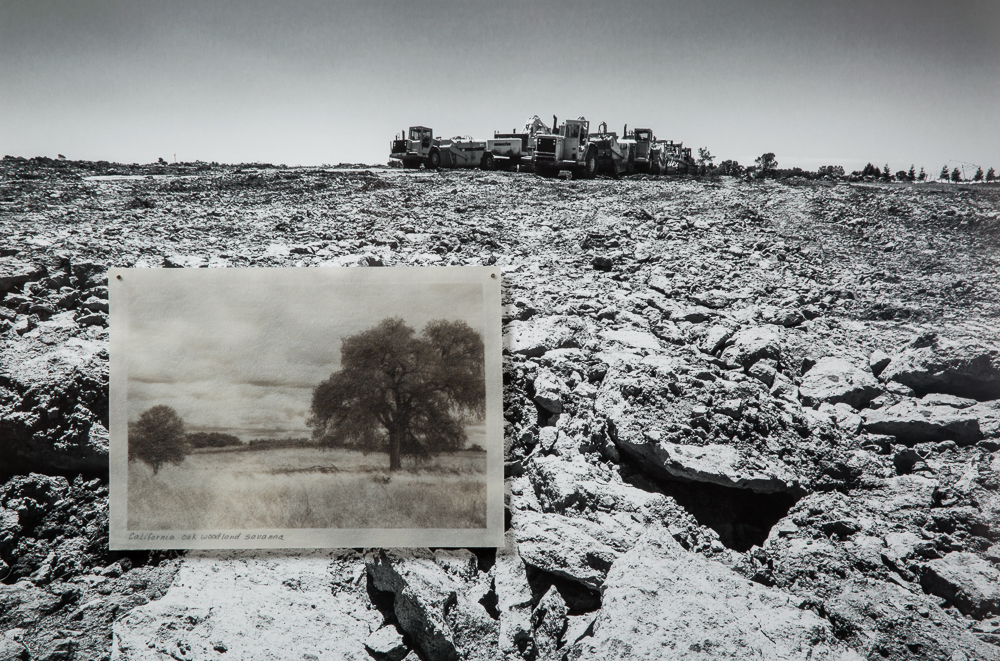 DG: In you statement, you mention Western society’s desire to replace the natural with construction and development. Do you feel these intentions are nefarious or naïve? Who, at this level, is accountable?

DS: In most cases developers don’t care if a threatened or endangered species is impacted by their construction projects. In California, any major construction project is required to complete an environmental impact report prior to starting construction in order to determine what impacts the development will have on the environment of concern. More times than not, if a species of concern is located during the assessment the developer is more inclined to pay a penalty, fine or restitution fee, and continue the project without regard to the species. These fines and penalties are a minor cost to the developer in comparison to the profits they will make in proceeding with the project.  At one of the sites I was following, an active nesting tree for golden eagles was removed in spite of warnings from the regulatory agencies, because leaving the tree and surrounding environment would have precluded the contractor from developing the property. At another site, a nesting colony of tri-colored blackbirds, a listed threatened species in California, was encroached upon by a developer beyond what was safe for the colony, causing the colony to abandon the nests part way through the nesting period. All of the hatched chicks and eggs for the colony, which held at least 500 breeding adult birds, were lost, and the feeding areas for the colony were plowed and converted to houses.

I have spoken with staff from the state regulatory agencies empowered with the protection of the state’s wildlife and have been told that the enforcement of California’s laws regarding wildlife losses due to development amounts to a slap on the wrist with fines and penalties being so low in relation to the profit margins of the developers. Staff has also expressed frustration when trying to take enforcement action against violators of the environmental laws because many district attorneys will not prosecute violations of those laws.

The accountability for this type of environmental destruction from development falls to the local planning agencies that issue the permits for development, state and local agencies that oversee the environmental laws and the local and state prosecutorial agencies. Unfortunately, all of these agencies are failing to protect the state natural lands and wildlife to the extent needed. 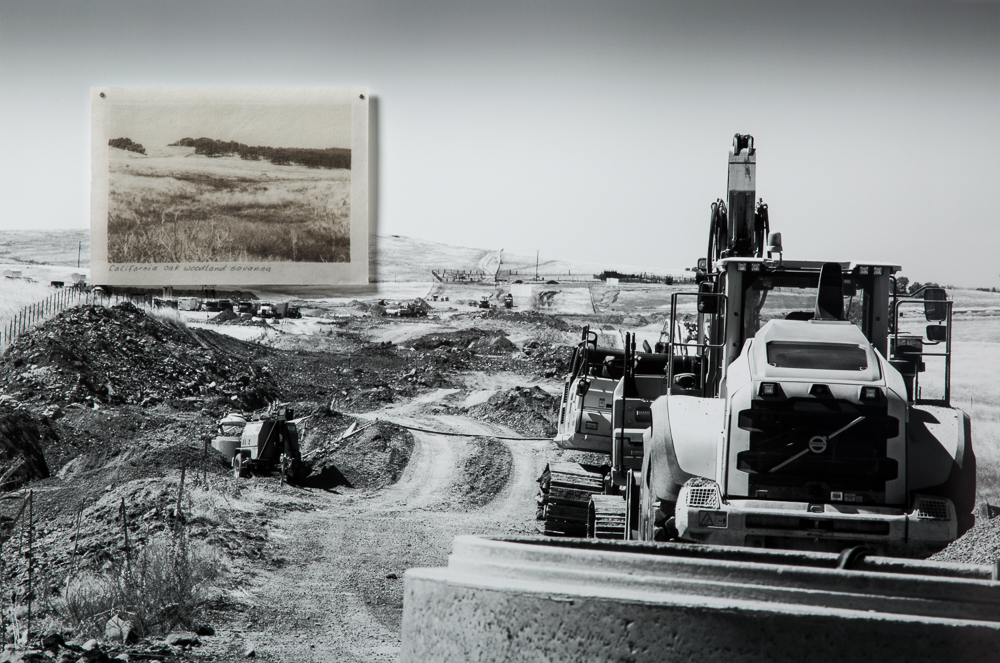 DG: For me, these photographs act as a sort of public service announcement. In what ways do you see them functioning in relationship to habitat preservation efforts?

DS: I see these photographs going beyond functioning as a public service announcement; they are a wake up call to the destruction at hand from rampant development and a call to action. The recently released United Nations comprehensive global assessment report, showing the threat to earth’s biodiversity from land use and human caused climate change was the result of a three year intergovernmental research assessment. The research found that 75% of land environment globally has been significantly altered by human actions and the world’s urban areas have more than doubled since 1992. The report estimates that up to 1 million plant and animal species, out of 8 million species found on earth, are at risk of extinction within decades. Rampant suburban development is one of the agents to this destruction and potential species extinction.

At a recent exhibition of this body of work in Sacramento, CA, viewers stated that they found the images to be powerful and timely in their message. It was wonderful to see parents explaining to their children the message behind the images. It gives me hope that current and future generations will take a stand to preserve the biodiversity of the natural environment. Demanding that local, state and federal agencies actually do their job to protect the environment, and becoming active in environmental protection non-profits, are just some of the ways individuals can make their voices heard with respect to preservation efforts. 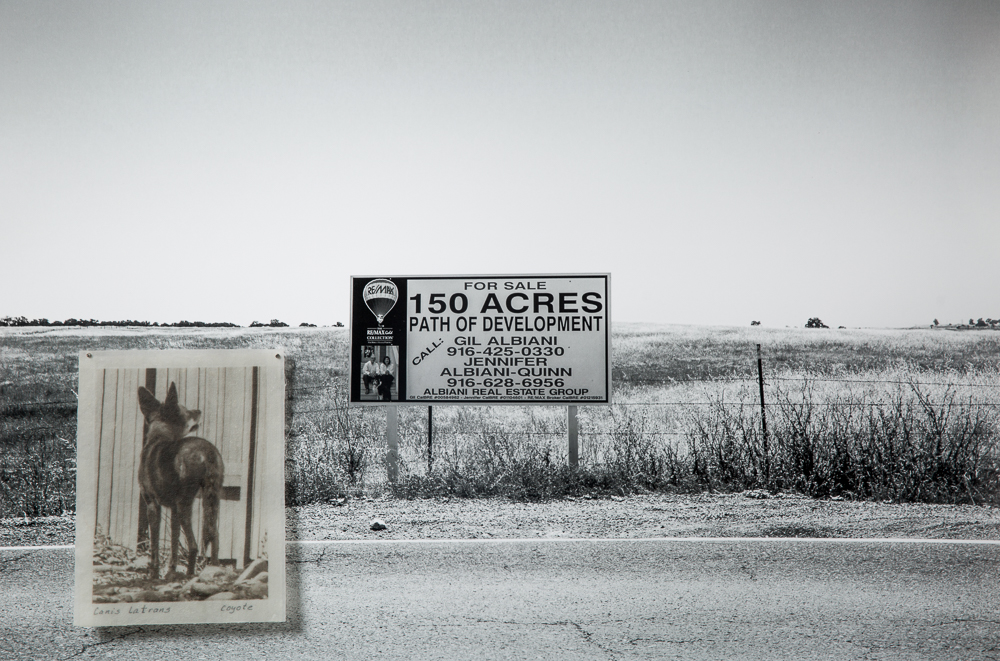 Debra’s passionate interest in photography started as a young child and has continued throughout her adult life. As a fine art documentary photographer, she explores important environmental and socio-political issues. She shoots in digital as well as medium and large format film. She also uses alternative process photography to create her work, such as pinhole photography, cyanotype, salt printing, gum bi-chromate, ambrotype, tintype, platinum/palladium/gold split toned kallitype printing, and photo encaustic. Her current body of work is a fine art documentary project exploring wildlife and habitat loss due to suburban development.

Recently her work has been published in the Sierra Journal, Stone Voices Magazine, Still Points Arts Quarterly Magazine, the 7th Edition of the Julia Margaret Cameron Award for Women Photographers, the Berlin Foto Biennale, Emotions and Commotions across Cultures, and Hawk and Handsaw – Journal of Creative Sustainability. 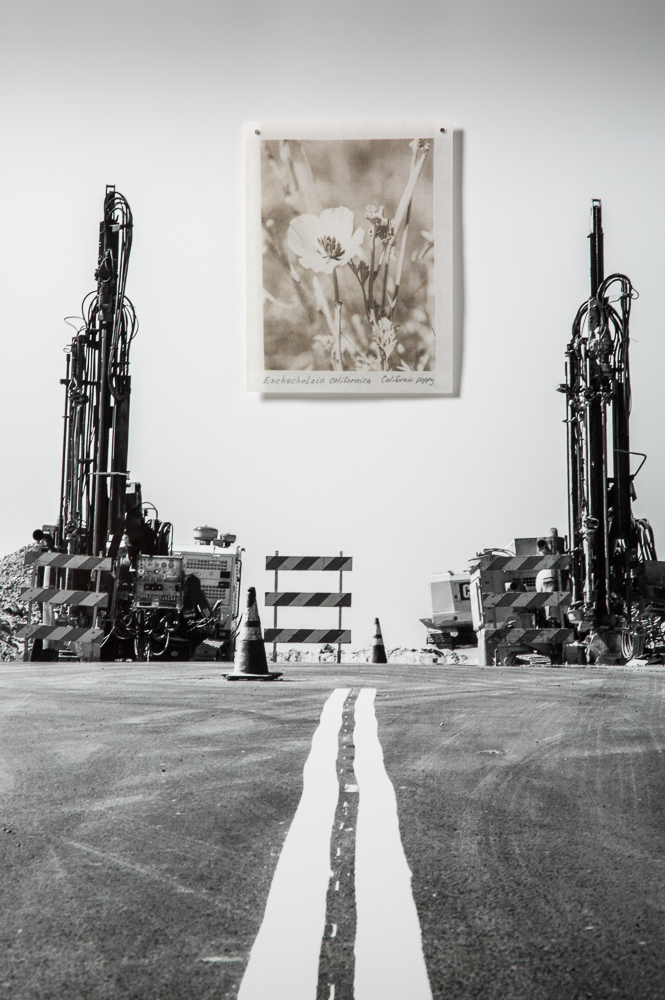 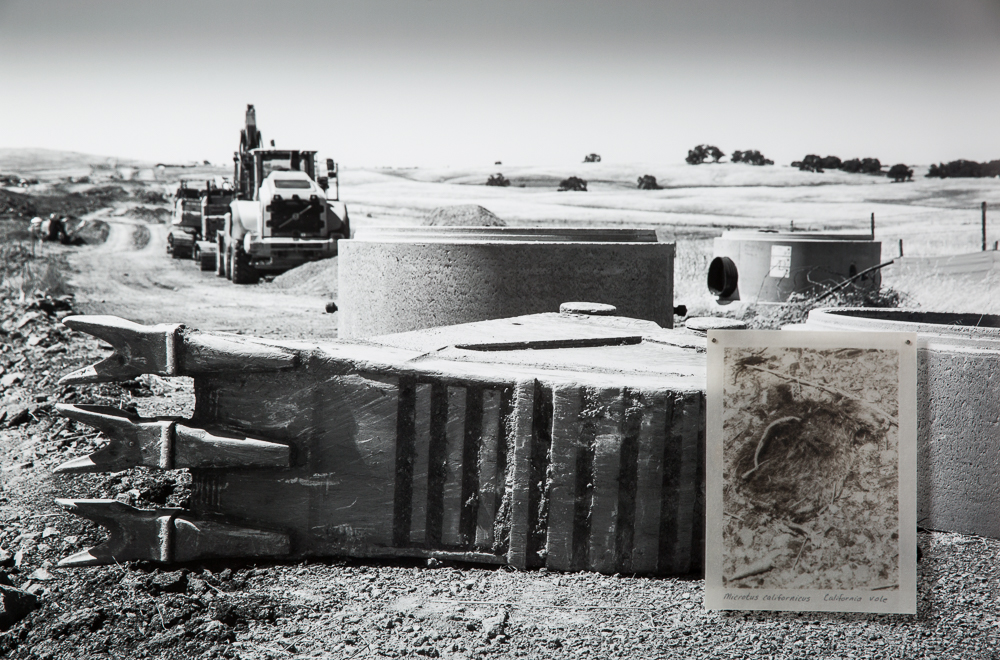 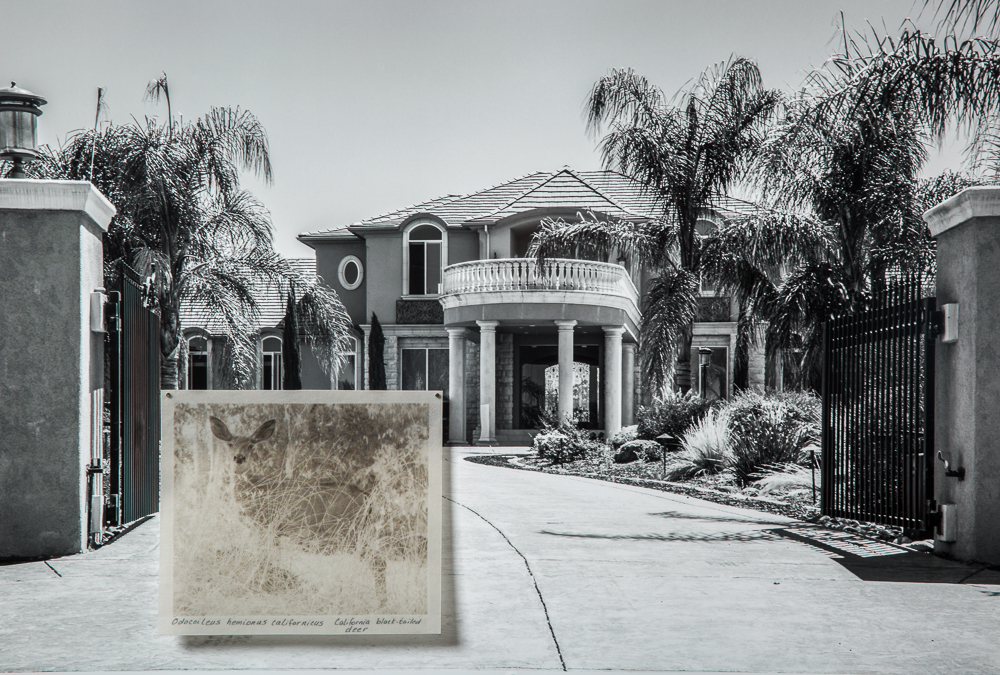 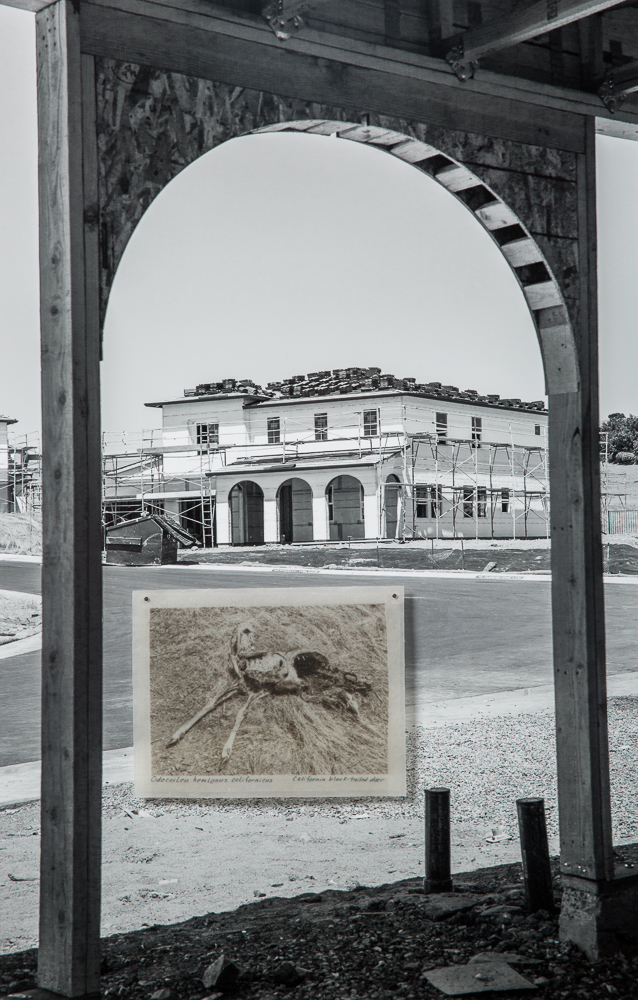 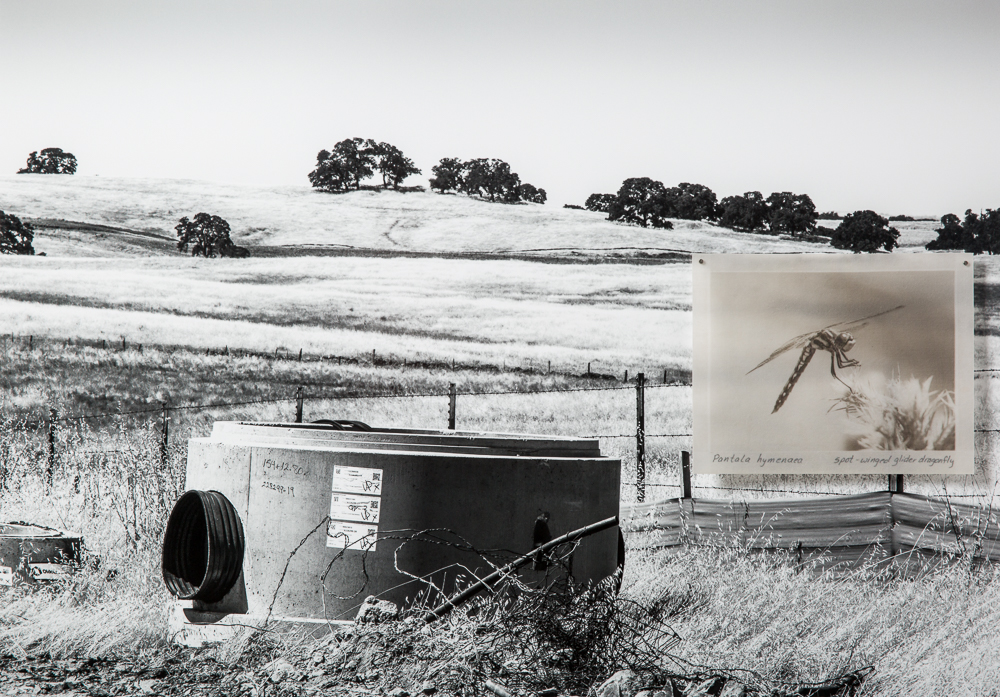 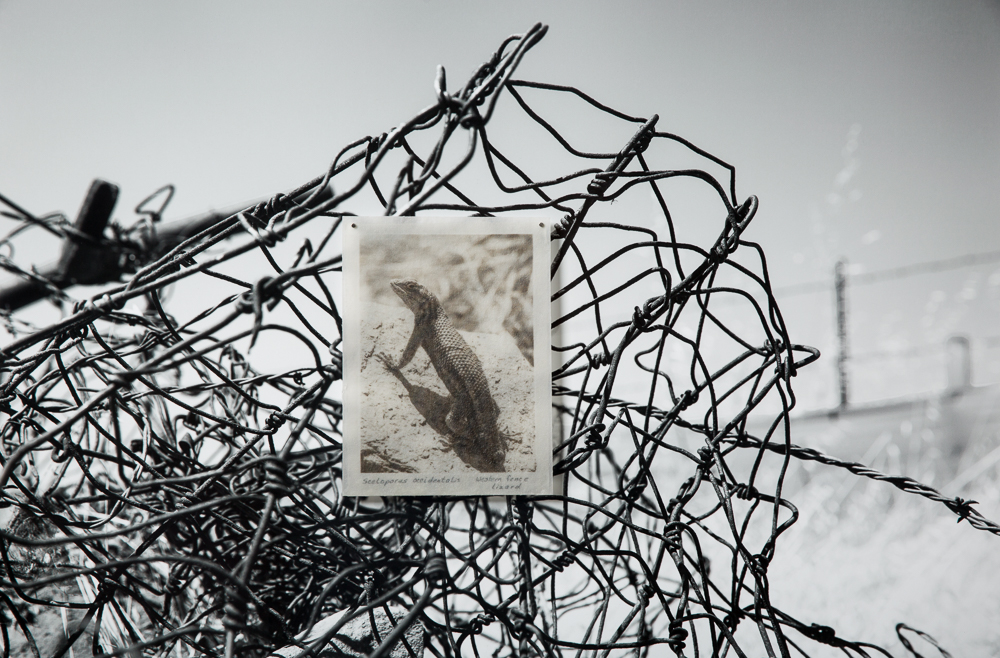 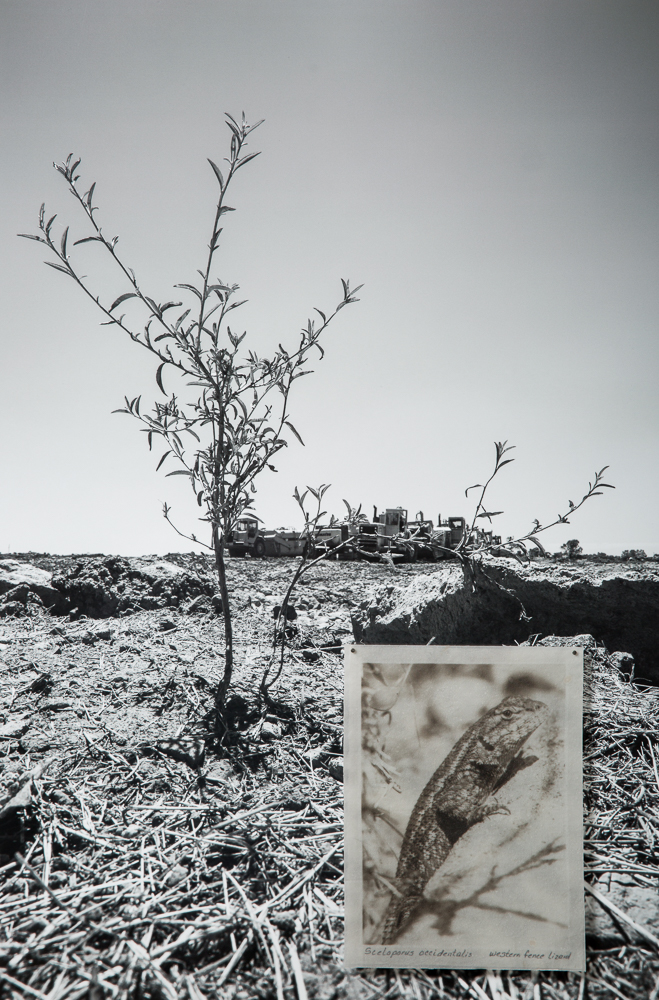