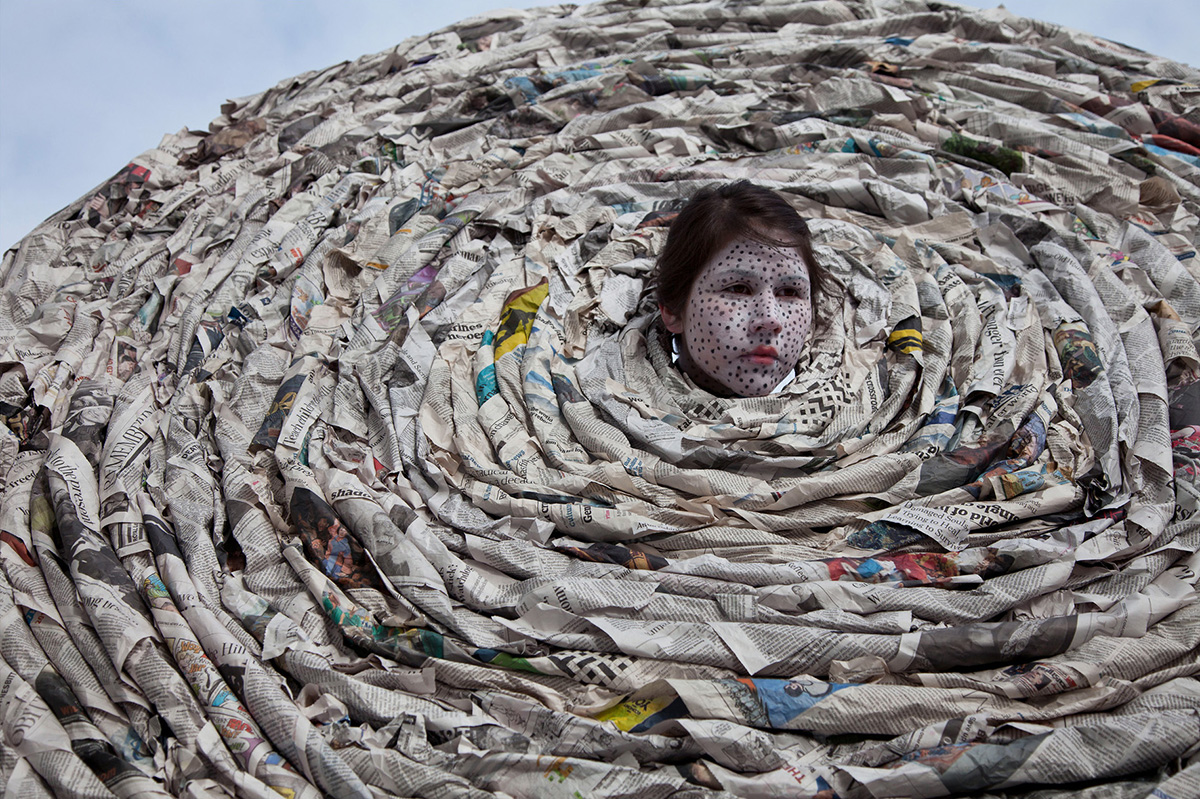 Meryl McMaster uses photography to explore identity and its distinct cultural narratives within lush, spectacular natural landscapes that evoke ancient folklore and myth with extraordinary visual impact. Her cinematic style connects still life, sculpture, narrative and performance.  Meryl draws on her own mixed heritage, her mother being of British/Dutch ancestry and her father a Plains Cree native, to explore important themes and issues of representation.

Creating symbolic, sculptural garments and props, McMaster assumes diverse personas, such as a dream catcher or wanderer, often transforming herself into hybrid animal-human creatures. Her performative self-portraits present themes around memory and self, which are both actual and imaginative, and allow the viewer into the realms of her ancestors. Each tableau contains references to a multitude of stories and traditions from diverse Indigenous communities. These scenes often recall the Romantic tradition of the solitary figure in nature from traditional literature and painting.

Through the process of self-portraiture, McMaster also embodies the “shifts” of her subjects depending on the natural environment and the costumes. She does not do public performances. In one solitary moment, she creates a story, which may look like its part of a film, part of a dream sequence, a storybook or recounting history. She describes her pictures as “private performances that are responding to memory and to emotion in different ways.”

These captivating images аre captured across ancestral sites in Saskatchewan, where Meryl father’s ancestors are from as members of the Red Pheasant First Nation, and have lived for many hundreds of years, and the area is very significant to her family. Also, early settlements in Ontario and Newfoundland, where the artist interprets, and re- stages collected patrimonial stories from relatives and community knowledge keepers.

Acknowledging the personal and social history and effects of colonization, McMaster contemplates how ancestral stories are imprinted into the landscape by the people who once lived there, as well as those who still reside there. Meryl states, “These are very powerful, overwhelming places, with all kinds of history buried within these landforms that predates human existence.”

McMaster presents herself in nature, viewing the environment and seasons as an integral part of the cultural context while addressing the environmental consequences of colonization. She warns of the dangers of unsustainable land usage and the eradication of key species within ancestral ecosystems.

One of McMaster’s reoccurring motifs is of birds.  She reveals that she has always had a fascination with birds because they can see from different perspectives, fly, and can look down on the world in a way that humans can’t. They offer this freedom. They appear as her companions and as messengers in a lot of her images. This can be drawn out from both Indigenous Plains Cree storytelling and European folklore. The raven has a particular significance in the mythical creation story as being a cultural hero. He saved the humans, animals and plants by putting the sun, which had been stolen, back into the sky.

McMaster focuses on the spiritual richness of her heritage, rather than the inherent conflict between colonizers and colonized, although the trauma of that legacy is ever present in her careful use of the color red, illustrating the idea of both bloodshed and bloodlines. One of McMaster’s aims is to reframe and enlarge understandings of Indigenous cultures beyond western stereotypes to convey their beauty and complexities.

Positioning herself within the landscape, Meryl McMaster emphasizes the interdependence between humans and nature and, consequently, the urgent need to cherish our environment. 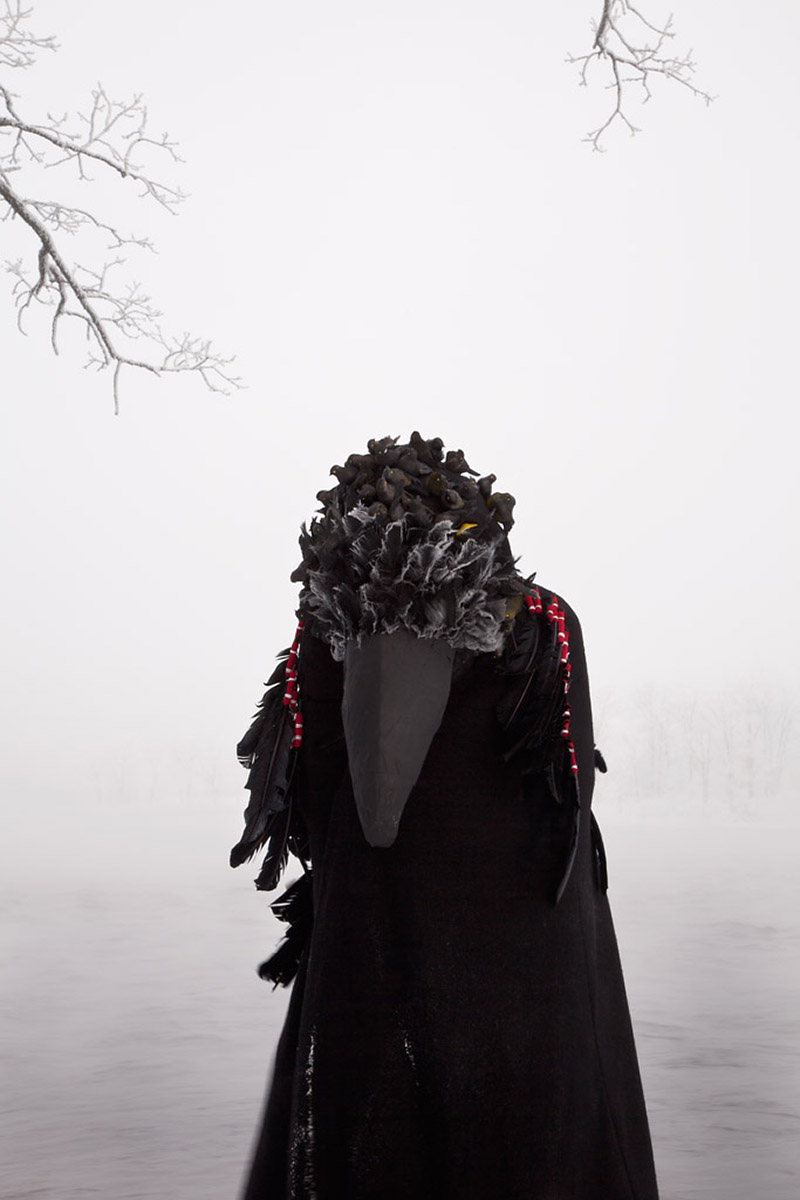 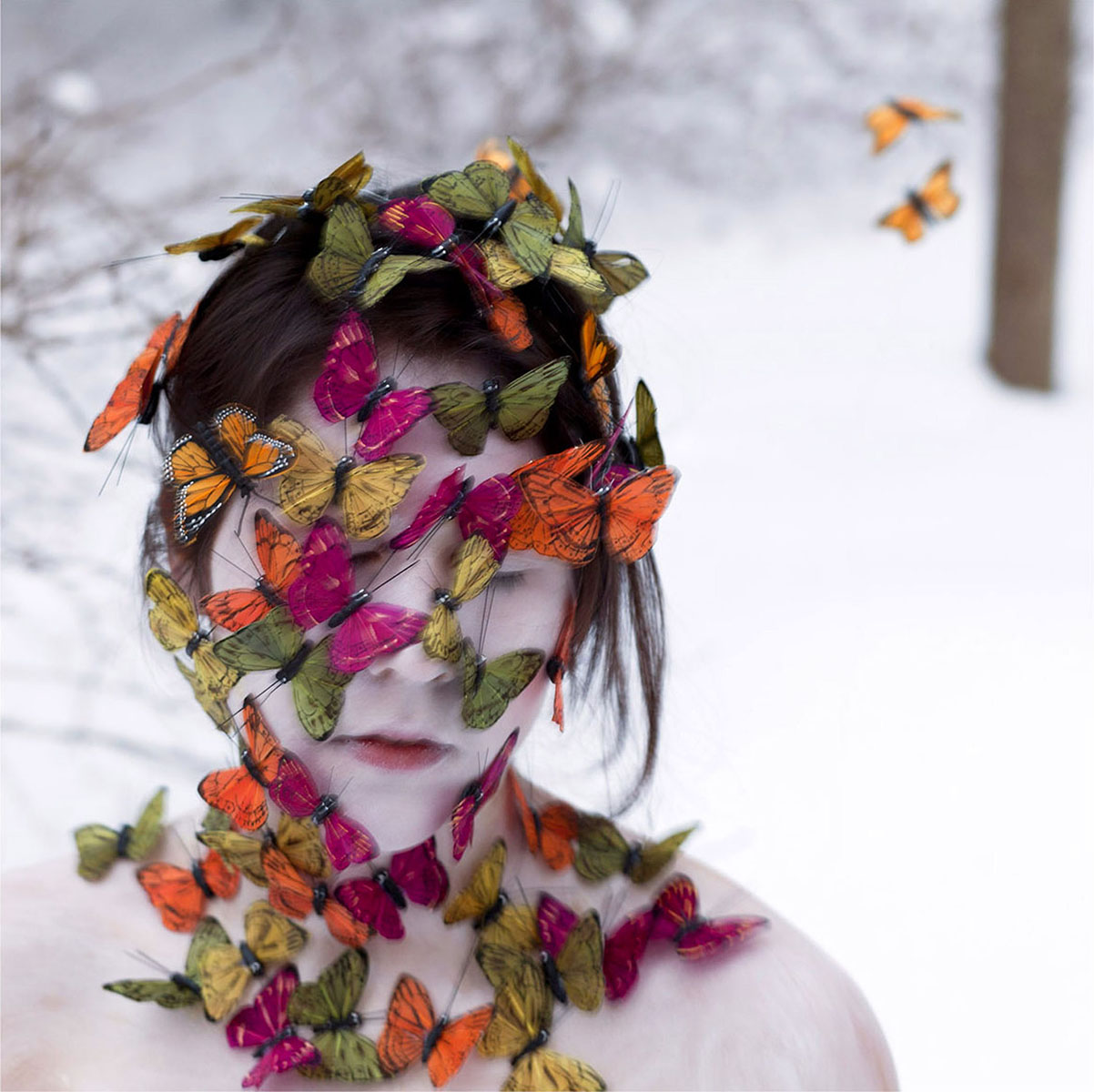 My practice can be described as performance photography in which I am the subject viewed within various dreamlike scenarios before the camera. The themes I explore are self in relation to land, lineage, history, culture and the more-than-human world. My methodology begins in the studio where I create labour-intensive objects and sculptural garments that are used as theatrical props that are transported to site-specific locations for the photographic performance. Many of the images I create are focused on various tensions involved in the mixing and transforming of my bi-cultural identity – nêhiyaw (Plains Cree)/British/Dutch – and the conflict found at the intersection of self-exploration and heritage. Through this process I attempt to extend the boundaries of identity in hopes of empowering myself and others to re-examine our understanding of self. – Meryl McMaster 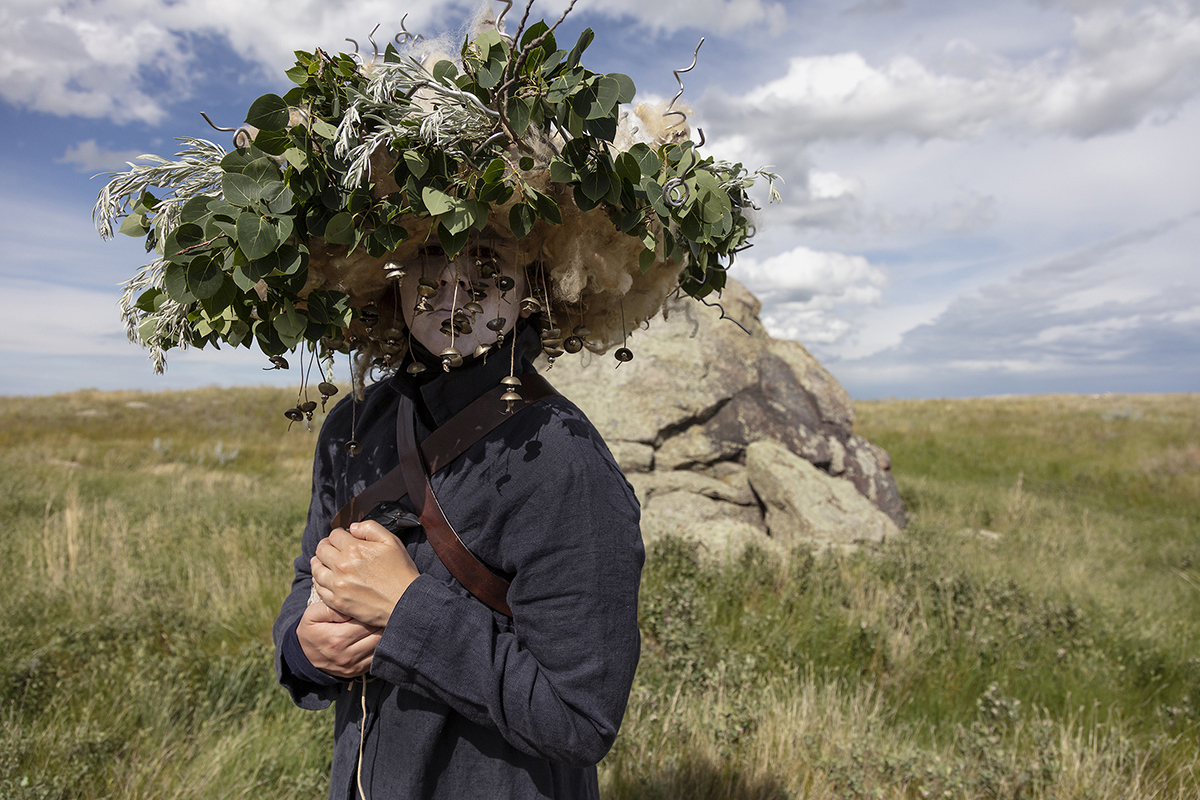 ©Meryl McMaster, Between the Start of Things and the End of Things III, 2019 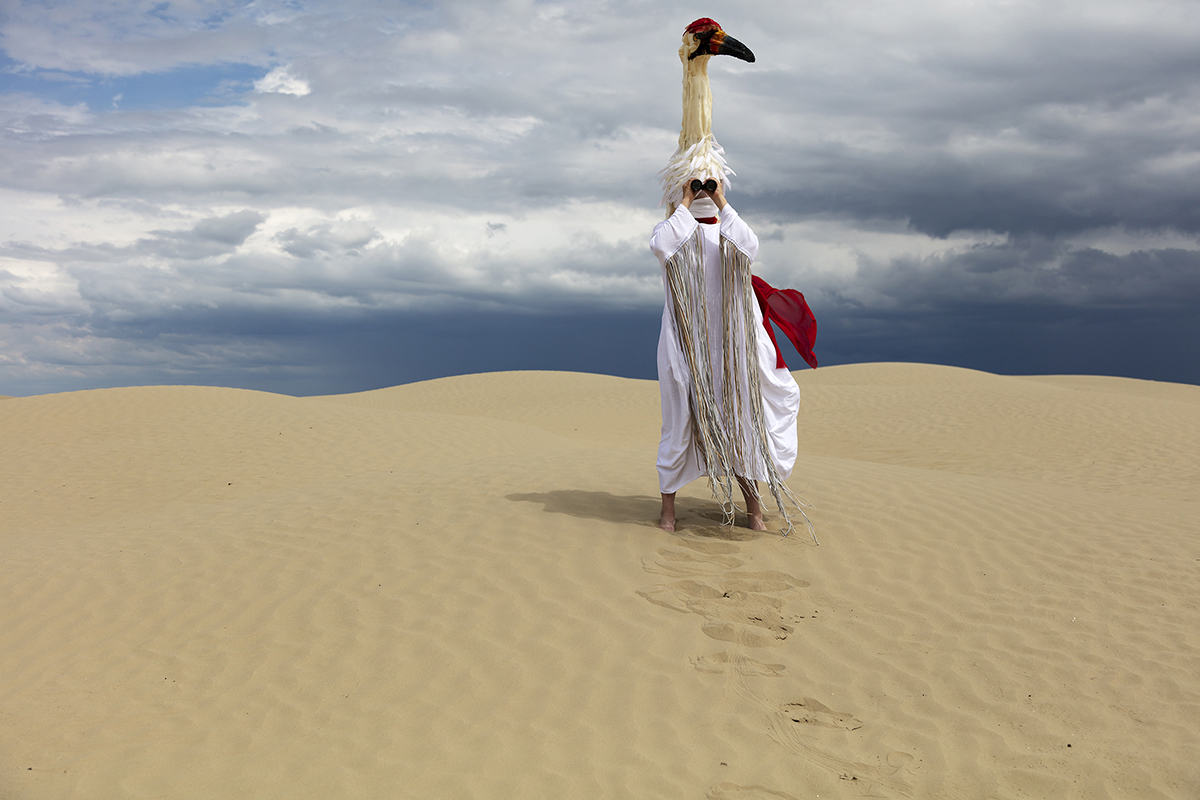 ©Meryl McMaster,Cartography of the Unseen, 2019 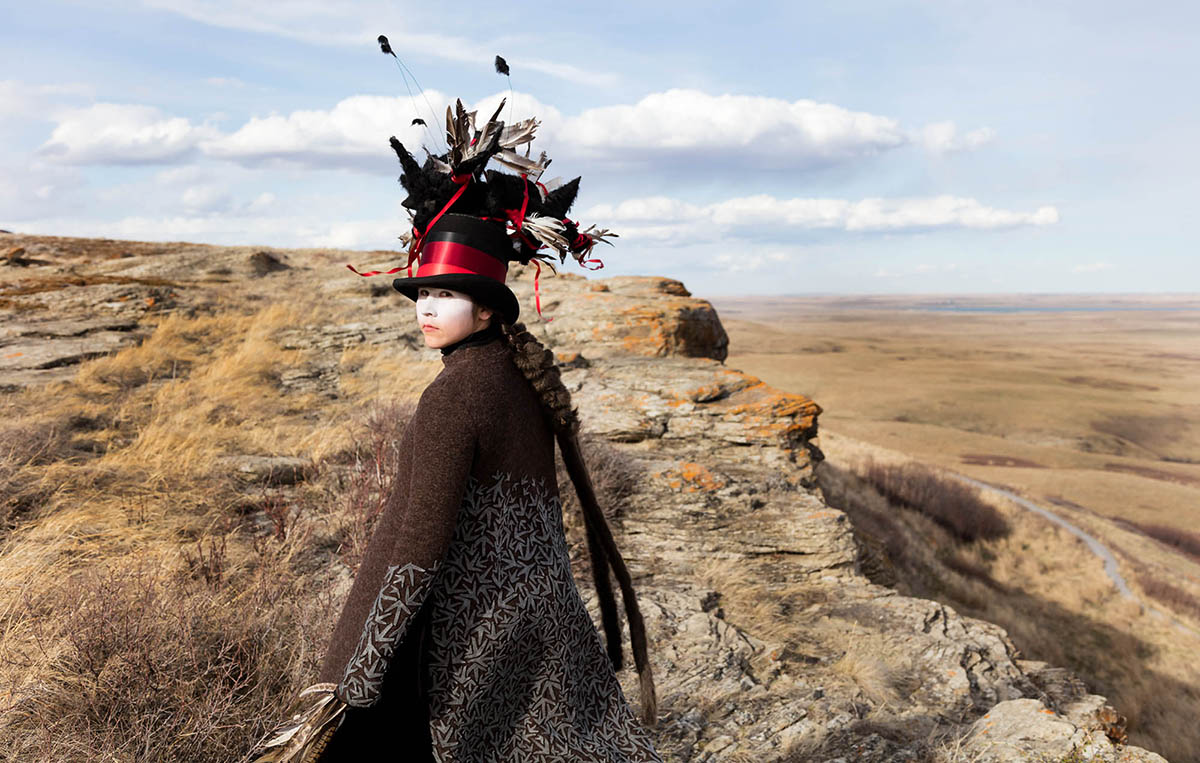 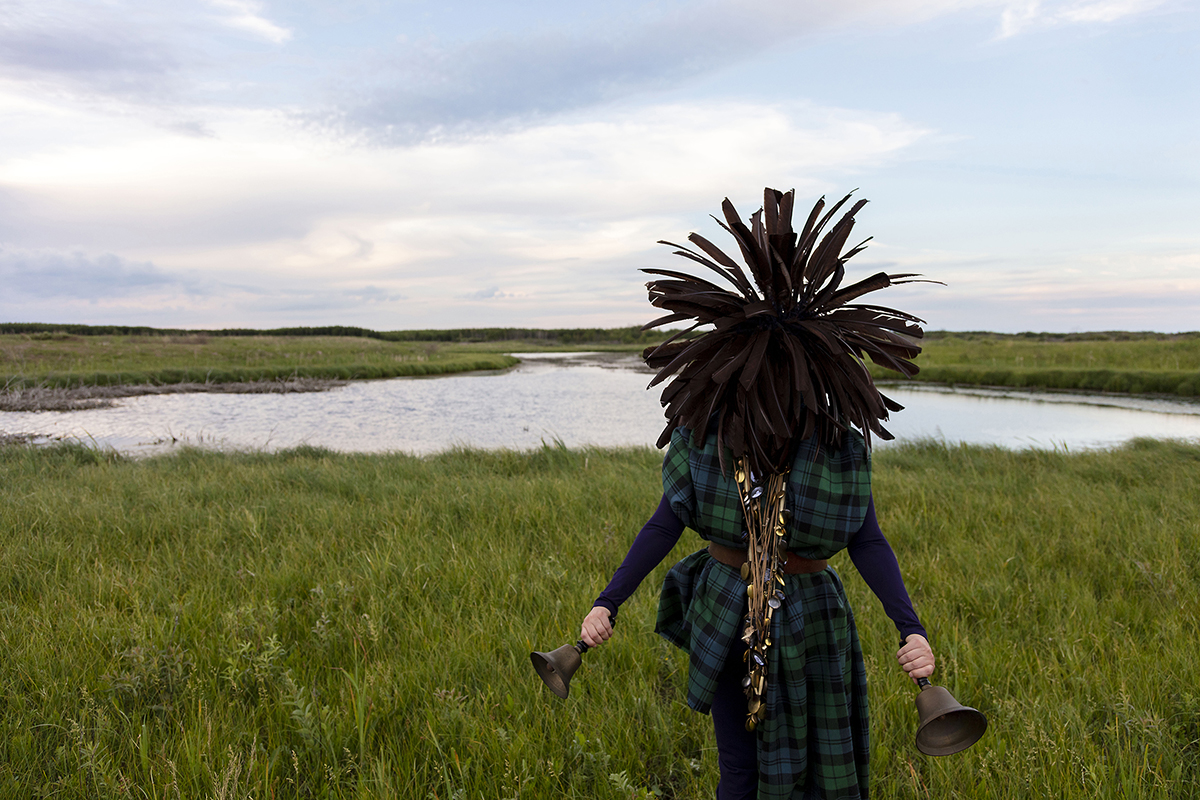 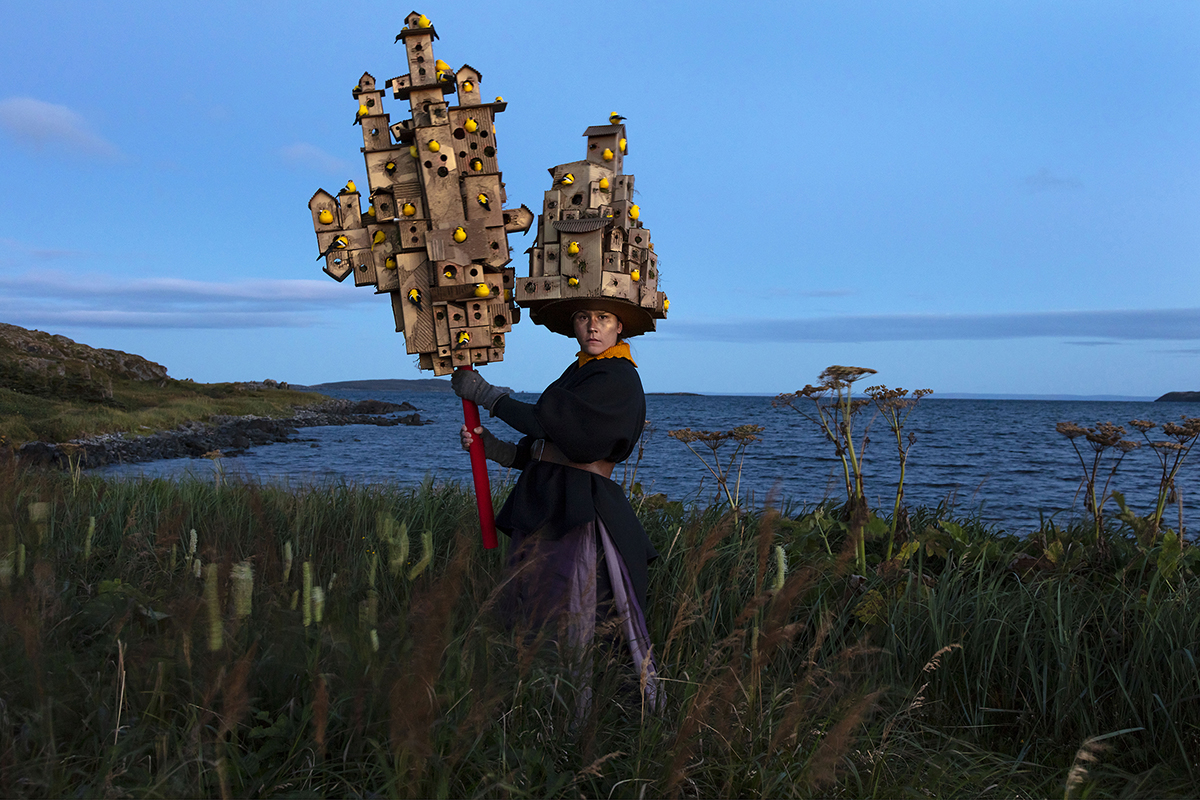 ©Meryl McMaster, Harbourage For a Song, 2019 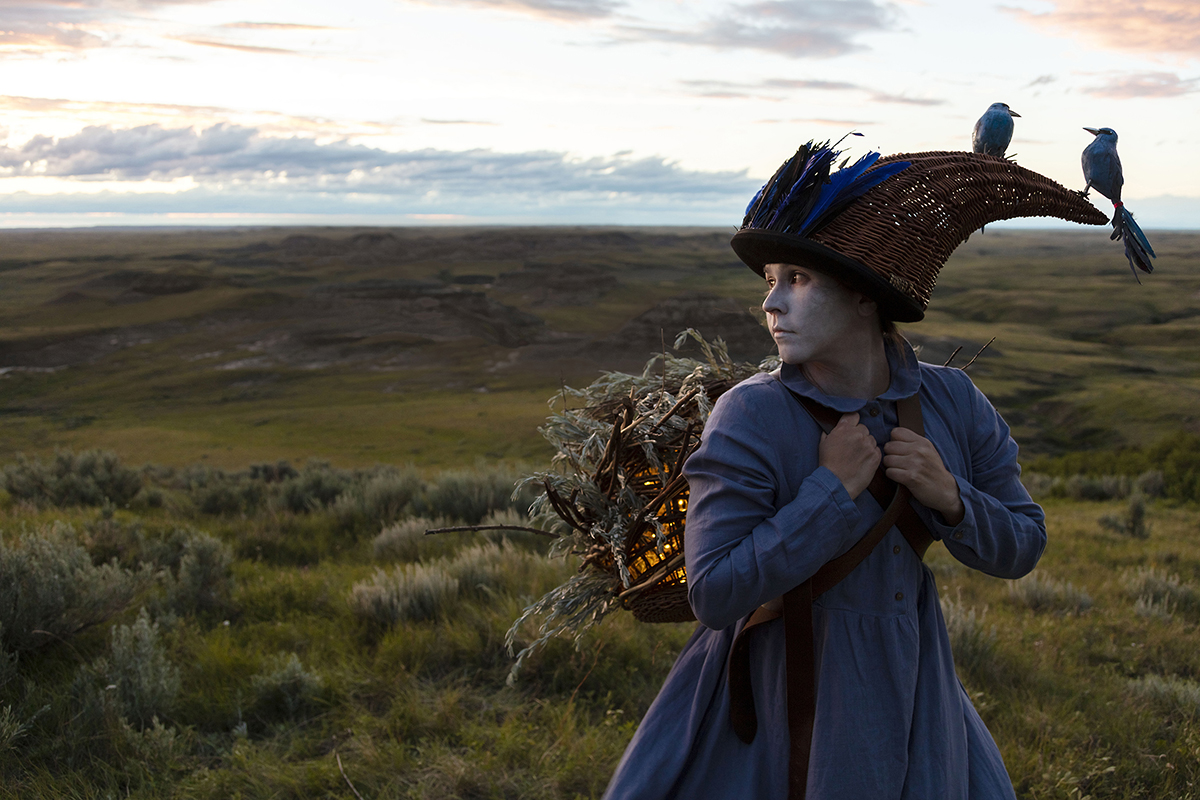 ©Meryl McMaster, Lead Me to Places I Could Never Find on My Own, 2019 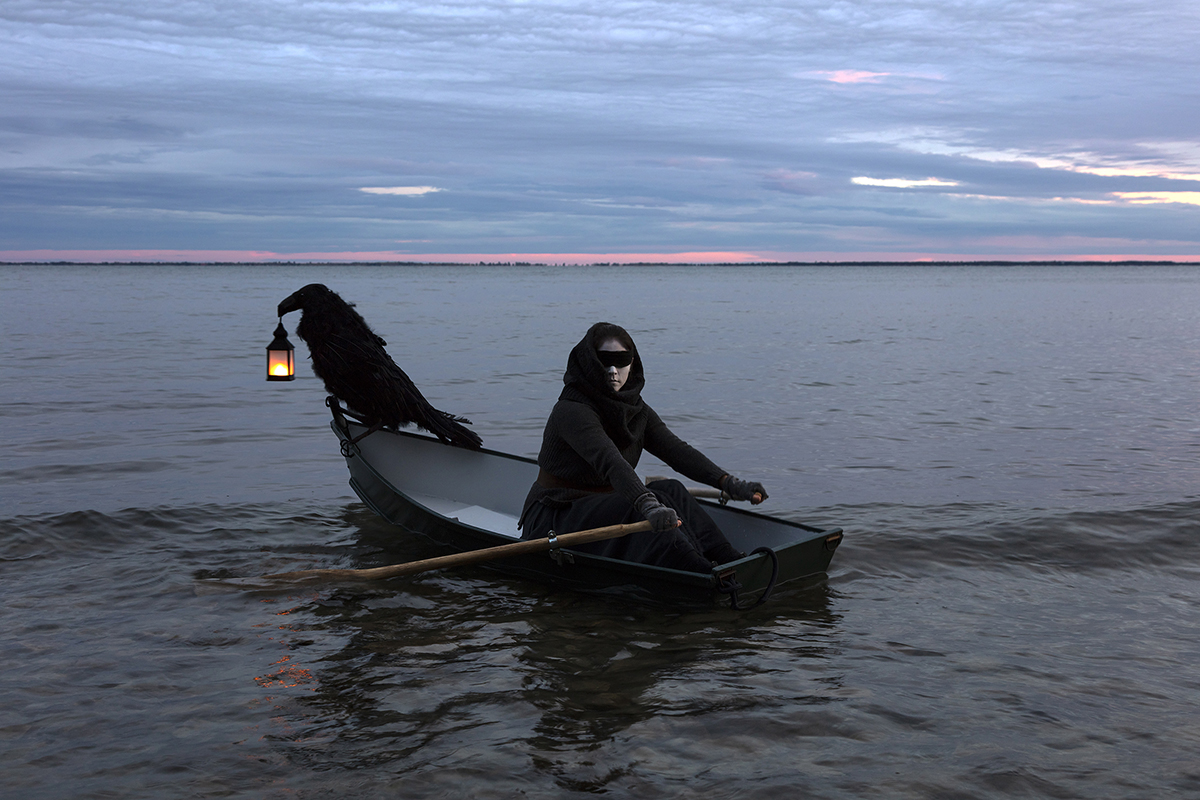 ©Meryl McMaster, There Are No Footprints Where I Go, 2019 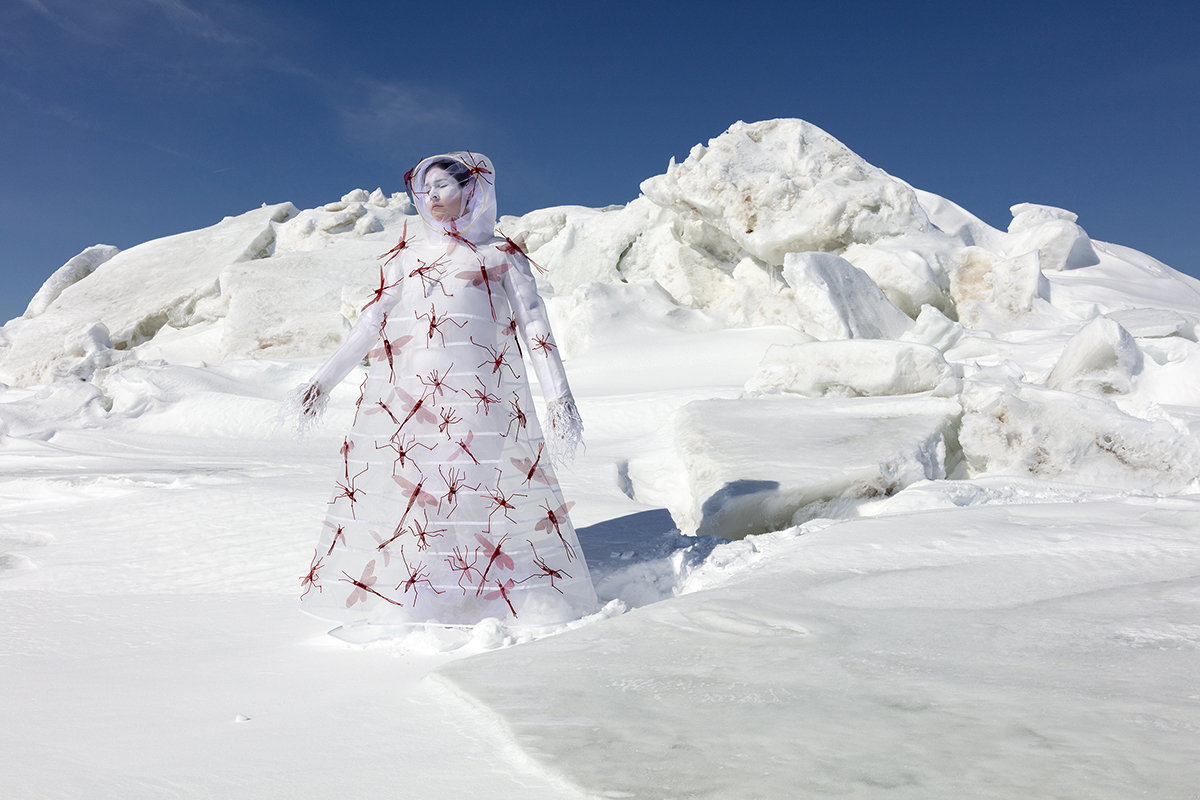