Chicago photographer, Bill Vaccaro, has been a long time fan of the blur, using “toy cameras, medium format view cameras, and obscure (and not so obscure) film cameras modified with homemade shift-tilt lenses culled from cheap loupes, crappy magnifying glasses, and battered enlarging lenses, bellows torn from old Polaroid cameras, used extension tubes, and gobs of black gaffers tape.” But his series for Critical Mass this year, is in sharp focus. His project, Boomtown, appropriately uses color and place to celebrate the American tradition of Fireworks and 4th of July.

Born in Buffalo, New York, Bill’s work has been featured in a number of publications in print and online. He has exhibited across the country. He holds bachelor and masters degrees from the State University of New York at Buffalo.

Boomtown: I admit it. I love fireworks. I love to hear the oohs and aahs of a crowd as they sit on their blankets and lawn chairs looking skyward at things that go flash and boom on a warm summer 4th of July evening. 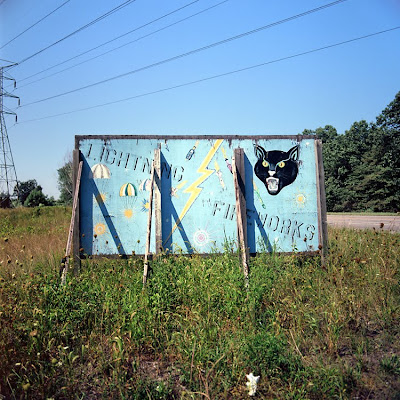 My enthusiasm for fireworks goes back to the time my parents first took me to a Independence Day celebration in Buffalo, New York. It became a regular summertime ritual and only fueled my desire to experience them firsthand. That came one summer in the mid 60s when a grammar school buddy managed to get his hands on some (now illegal) cherry bombs and M-80s. A bunch of us went through the neighborhood with this arsenal. stopping briefly to light them and drop them into sewers and down the exhaust pipes of Johnny-on-the-Spots. We’d then run like hell to witness (from a safe distance) a blinding flash, a thunderous bang and an enormous plume of smoke. We fortunately never got caught and managed to make it home with our digits still intact. 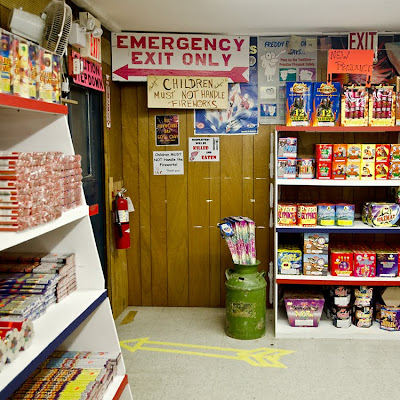 I’ve never forgotten the danger, thrill and the rush of that night to this day. 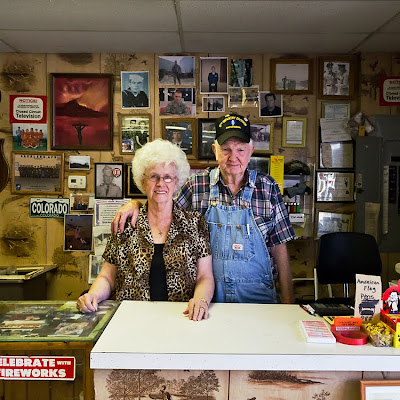 To pay tribute that night, I began to document impromptu fireworks celebrations in my neighborhood around Independence Day over the years. This was later expanded to include fireworks stores in eleven states east of the Mississippi, especially those temporary tents and stands that suddenly sprout up out of nowhere during the selling season before the 4th of July and show up in the parking lots of shopping malls, at gas stations or fields that, weeks before, were empty. 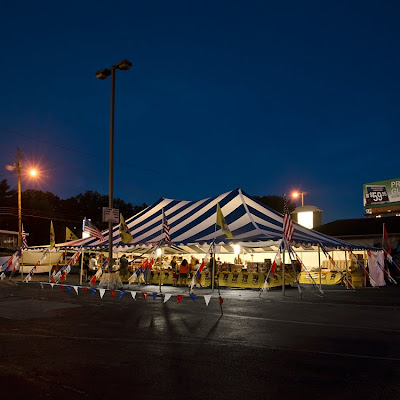 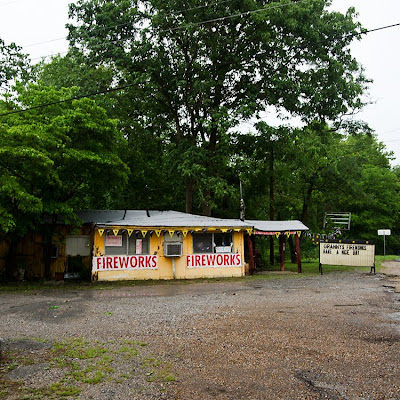 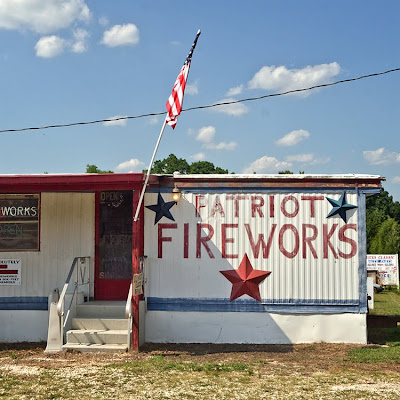 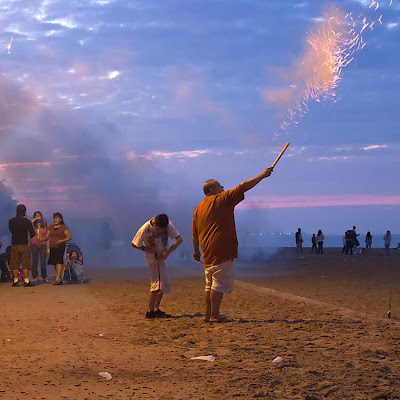 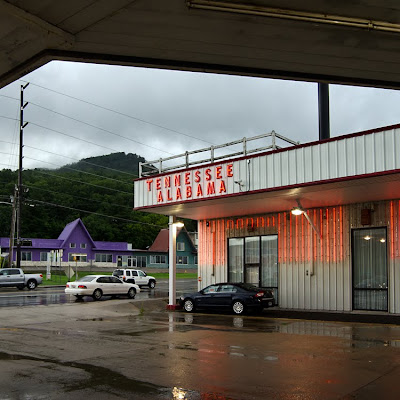 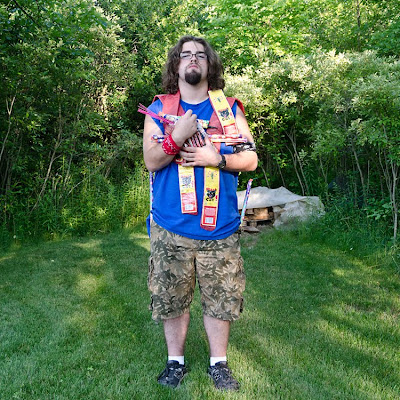 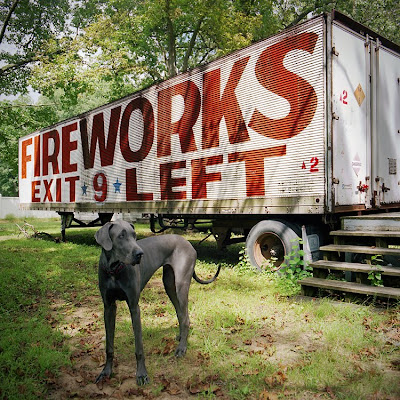