Beyond the Barrier by Aline SmithsonFebruary 23, 2013

A new exhibition, Beyond the Barrier, guest curated by Kate Greenberg and part of CCNY’sGuest Curators Program, opens Friday, March 1st and on view through April 6th. The exhibition seeks to highlight contemporary work being made by a group of emerging artists around science fiction themes.
Originating out of an interest in blurring the line between fact and fiction, the work by these artists investigates different facets of science and fiction. Using photography, drawing, and digital technology, these artists touch on a range of ideas, including: the representation of scientific data, science fiction as backdrop in popular culture, creative interpretations of the fantastical, and fictional landscapes.
Outer space, the solar system, the cosmos, planets, and the unknown have fascinated humans and artists alike for quite some time. The artists included in the exhibition – Leah Beeferman, Brice Bischoff, Dillon DeWaters and Adam Ryder – all succeed in creating fanciful new worlds and objects that are able to take the viewer away from the familiar world and present images that transform our existence.


Dillon DeWaters creates diverse images that focus on the exchanges between science and fiction, ethereal and material, and finally between digital and analog. DeWaters’ process includes the degradation of the photograph—in-camera, during the film processing or in post-production. His use of colored light bulbs, homemade gradient gels, expired or fogged film paired with staged interventions outside of the studio create illusionary images. He has an uncanny ability to set up science fiction scenarios that abstract the ordinary while referring to the history of the medium. Lastly, DeWaters titles the images in such a way that they foster a second meaning and provides them with another level of ambiguity. 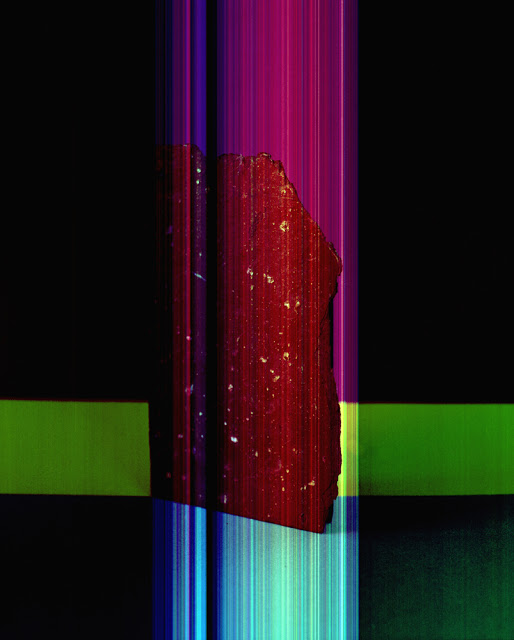 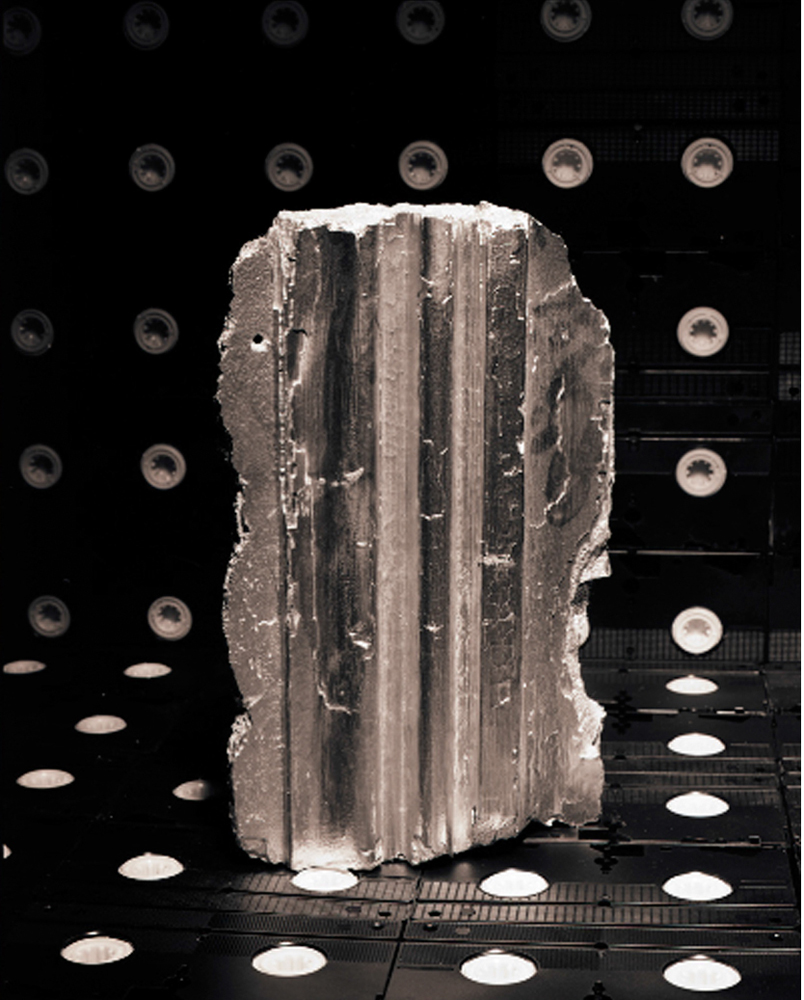 Dillon DeWaters
Untitled (U-Matic Monument), 2013
Brice Bischoff’s series Bronson Caves features photographs of manmade caves in Los Angeles that have been used as the backdrops for a countless number of science fiction films and TV shows. Bischoff uses the caves as his own personal backdrop to create yet another fictional reality. The long exposures capture Bischoff’s performance in front of the camera with large sheets of color paper but the surreal outcome leaves the viewer searching for the trace of artist. 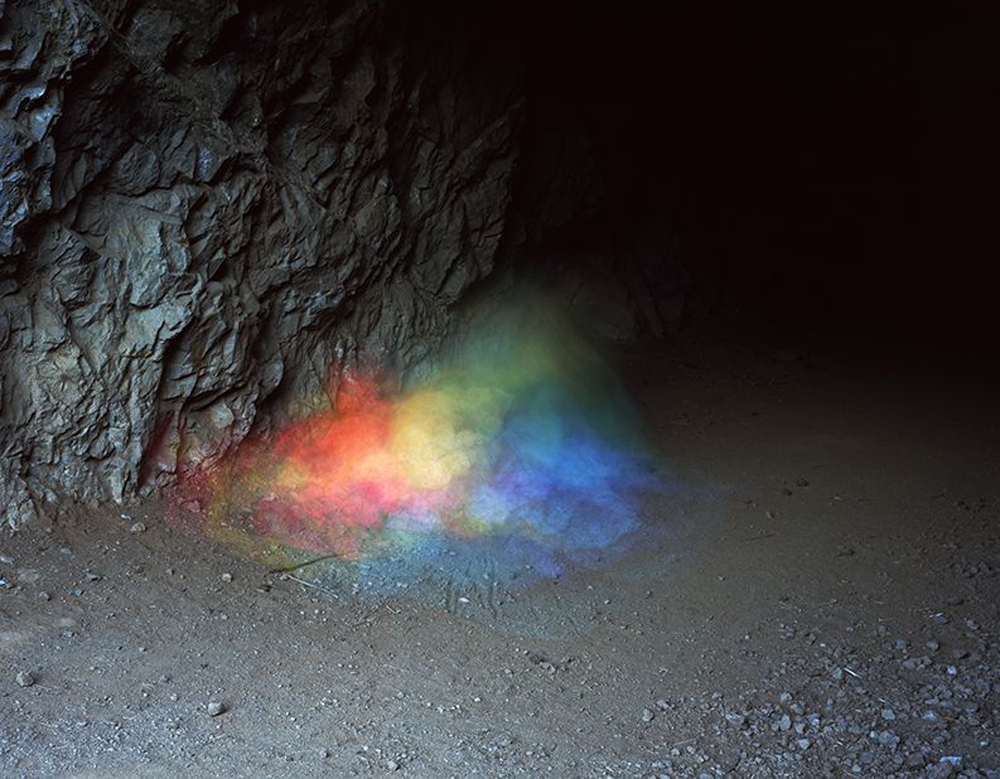 Brice Bischoff
Bronson Caves #6, 2010
Leah Beeferman’s work is greatly influenced by the accumulation of scientific data and how it’s represented. She creates drawings, animations, digital prints and sound installations by imagining this unrepresentable space. Her newest works are laser drawings inspired by a theory in quantum physics—empty space might not actually be empty but rather turbulent and dense, layered and impenetrable. These drawings seek to be a formal contrast between emptiness and density. The final results are colorful digital drawings that have been lasered away and etched onto spray-painted covered plexi-glass. The drawings provide both an act of removal and layering, the gestures are simultaneous solid and empty. 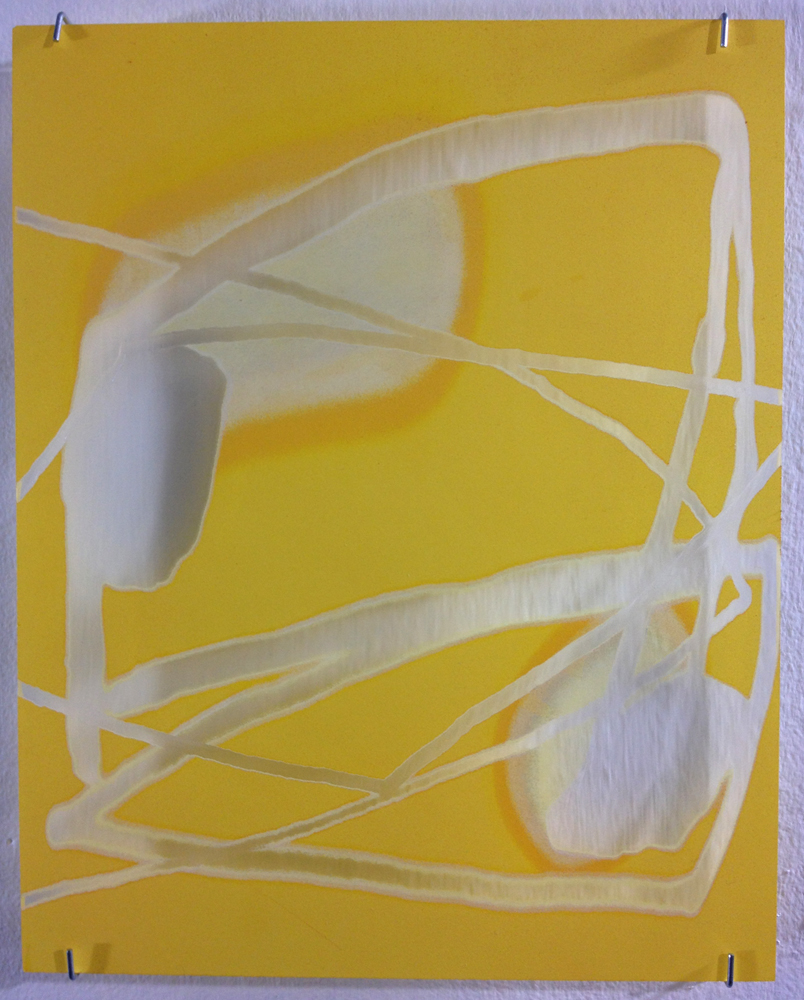 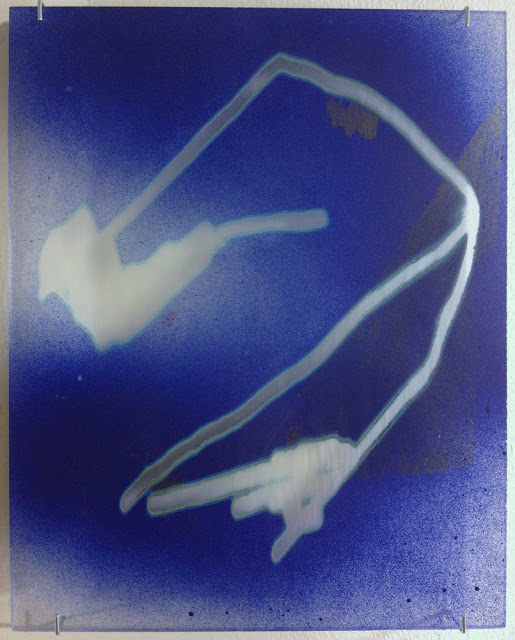 Leah Beeferman
Untitled, 2013
In Adam Ryder’s newest body of work, Selection from the Joint Photographic Survey, the viewer is taken to a somewhat familiar place, but it’s ultimately a questionable world. The images claim to be documentary photographs of well-known historic sites from the Holy Land in the early 20th century. The archive melds historical architecture with landscapes that are reminiscent of science fiction film sets. Pushing the bounds of photography and our perceptions of what documentary photographs can be, it becomes clear that the world Ryder has created is purely fictional. 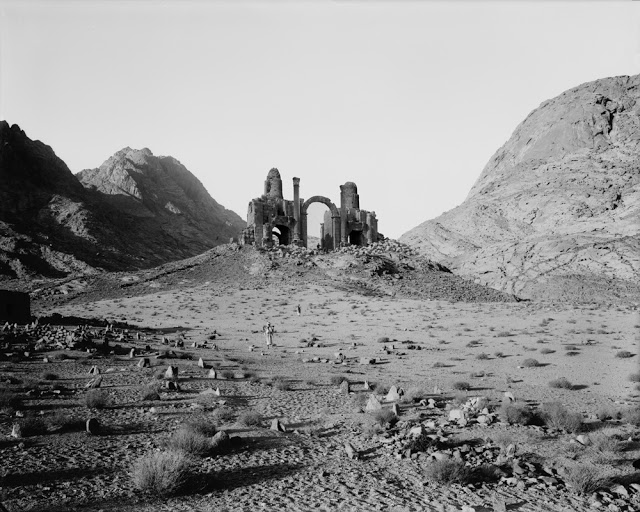 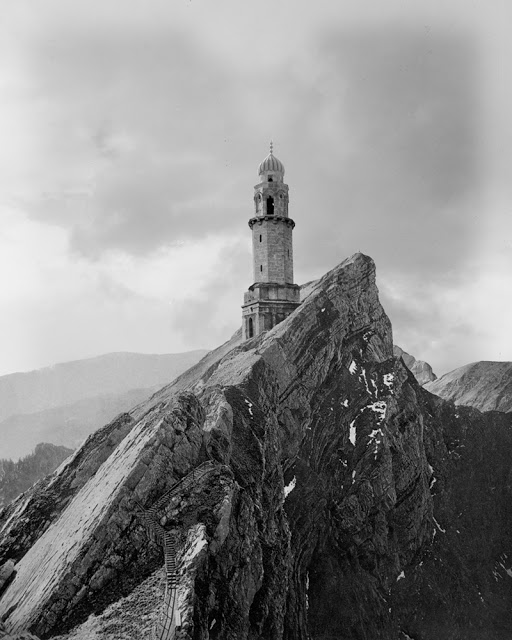