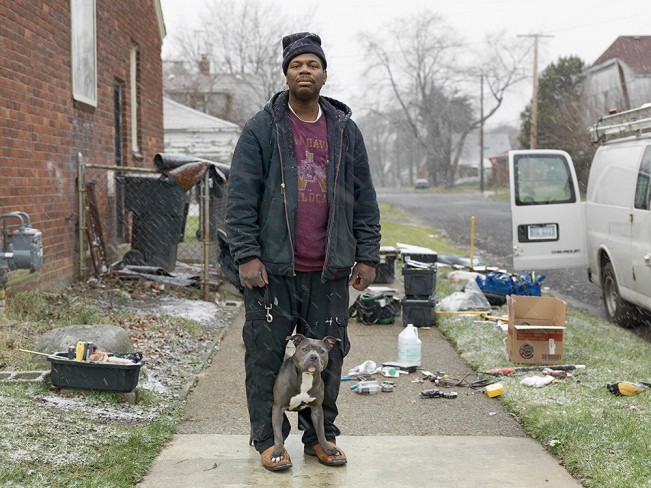 Dave Jordano has always been a compassionate and insightful observer and he brings those qualities to his hometown of Detroit. His observations and forays into a city in transition are being celebrated with an exhibition at the United Photo Industries Gallery in Brooklyn, New York, opening on February 6th and running through March 21st. He captures the residents of a city in decline as they continue their lives under challenging conditions. 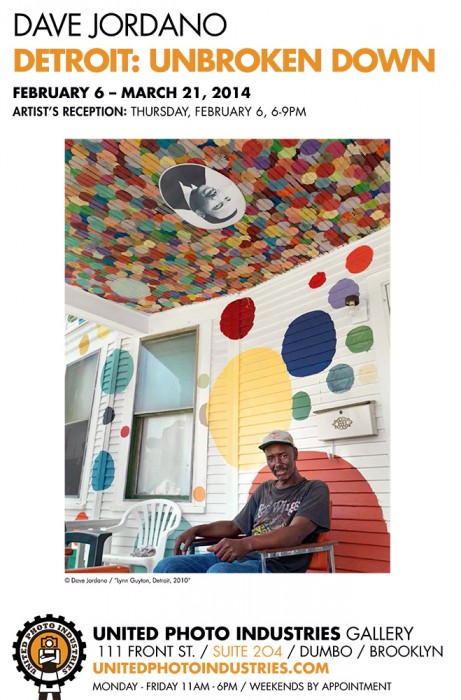 Dave Jordano was born in Detroit, Michigan in 1948 received his degree in photography from the College for Creative Studies in Detroit in 1974. After moving to Chicago in 1977 he established a successful freelance commercial photography studio for 30 years. Specializing in food and product photography, he shot major campaigns for national and international clients. Since his return to fine art/documentary photography Jordano was awarded an honorable mention in the Houston Center for Photography’s Long Term Fellowship Project in 2003, and received the Curator’s Choice Award the following year. In 2006, 2008, and 2013 he was shortlisted as a finalist in the Photolucia “Critical Mass” national book award in Portland, OR. He was also selected for inclusion in “One Hundred Portfolios”, a competition sponsored by Wright State University, Dayton, OH, featuring the work of 100 leading photographers from around the world. In 2009, his first book, titled “Articles of Faith” was published by The Center for American Places at Columbia College, which coincided with a major exhibition at the Chicago Cultural Center.

His work is included in the permanent collections of The Museum of Contemporary Photography, Chicago, the Museum of Fine Arts, Boston, the Museum of Fine Arts, Houston, the Detroit Institute of Arts, the Mary & Leigh Block Museum of Art, at Northwestern University, the Federal Reserve Bank, the Harris Bank Collection and many corporate and private collections. Jordano is represented by following galleries; Clark Gallery, Lincoln, MA, Photoeye.com, Stieglitz 19 Gallery, Antwerp, Belgium, and Zemma Agency in Moscow, Russia. 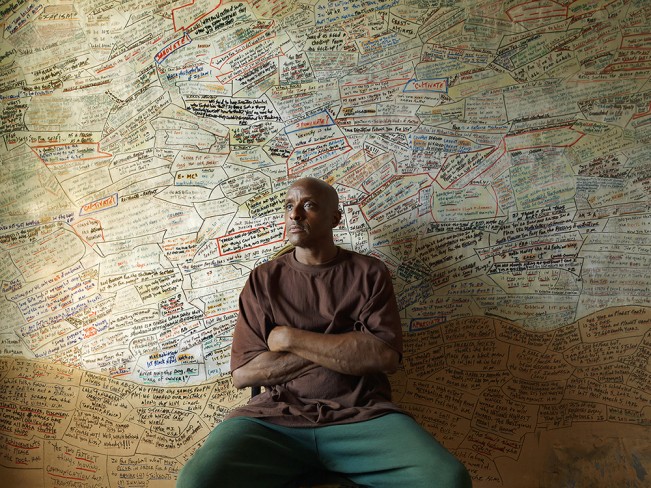 Detroit is my hometown, but I’ve been gone for over three decades. These photographs are my reaction to all the negative press that Detroit has had to endure over the past few years. I wanted to see for myself what everyone was talking about, and like everyone else I was initially drawn to the same subjects that other photographers were interested in; the crumbling factory interiors, the empty lots and burned out houses that consume forty square miles of the city, and the massive abandoned commercial infrastructure. It took me a week of shooting this kind of subject matter to make me realize that I was contributing nothing to a subject that most everyone already knew much about, especially those who had been living there for years. 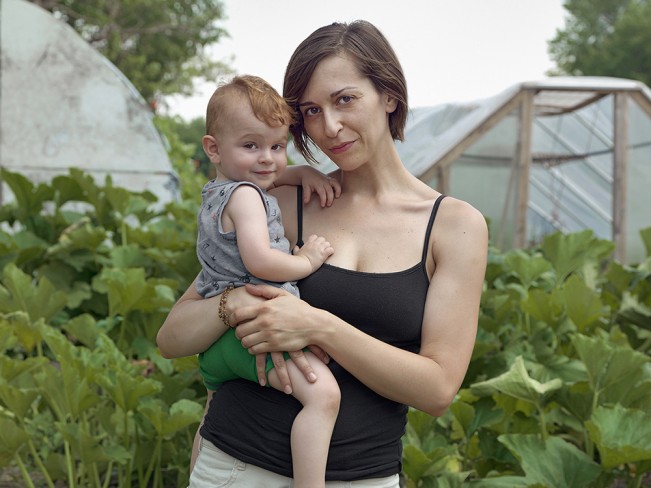 To counter this, I began looking at the various neighborhoods within the city and the people who live within them. This human condition, while troubled, struggling, and coping with the harsh reality of living in a post-industrial city, does thrive, and demonstrates that Detroit is not the city of death and decay that everyone had been reporting in the media, but one that showed signs of human activity and movement. However, not withstanding the recent press about Detroit’s efforts to rebound from the depths of ruin, which is in all ways promising, my focus continues to rest on the current conditions that affect many of the poor and economically challenged people whose fate will be drawn out in the ensuing months and years to come as Detroit struggles to redefine and chart a new course for its history. 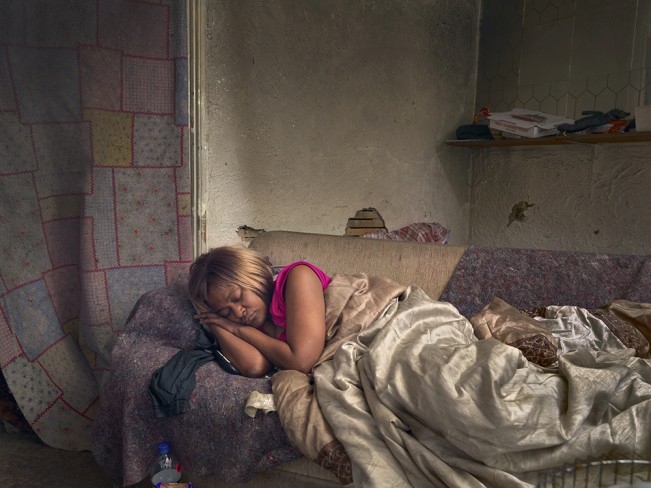 Whatever that outcome may be, I’ve found that most Detroiter’s wear their pride for the city they live in much like a badge of courage, defying all odds, openly admitting that if you can survive here, you can survive just about anywhere. 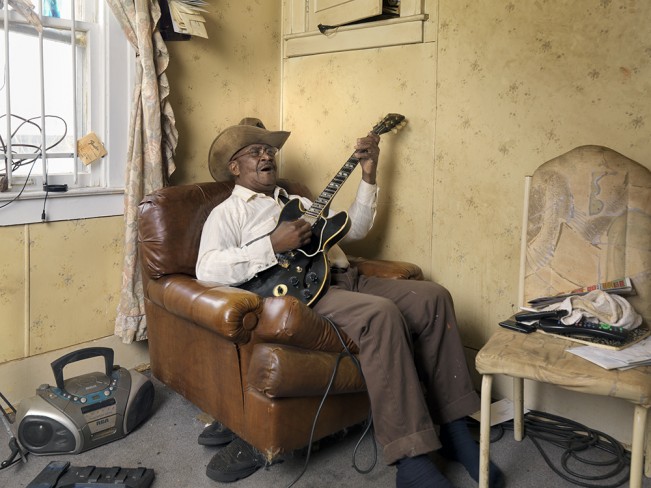 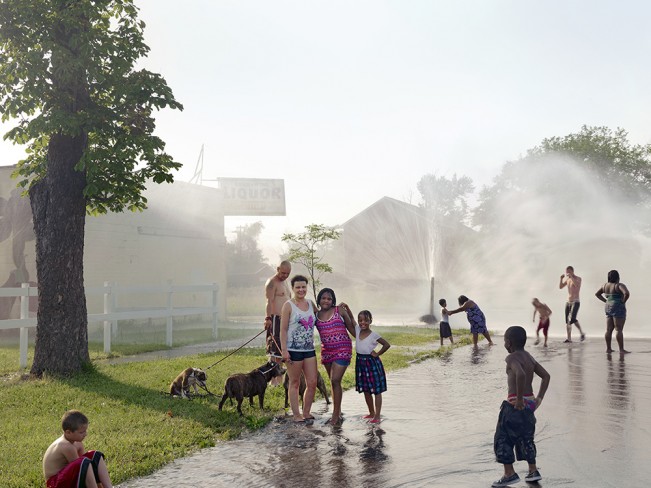 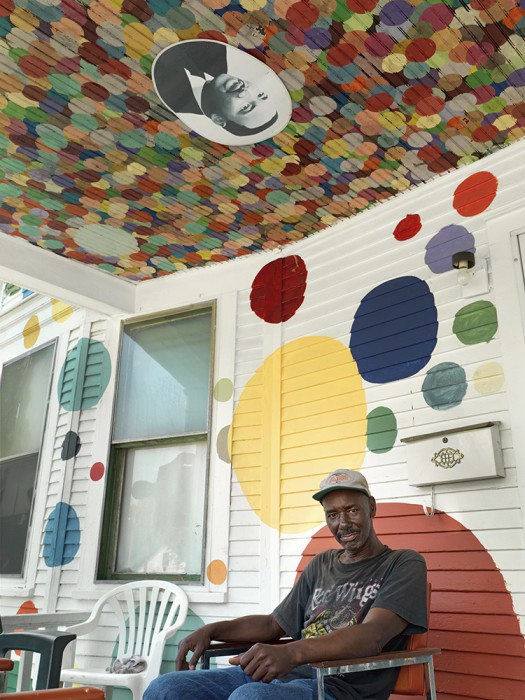 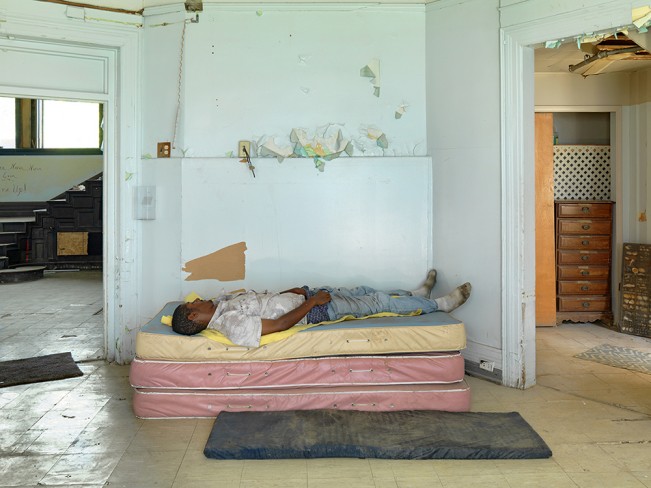 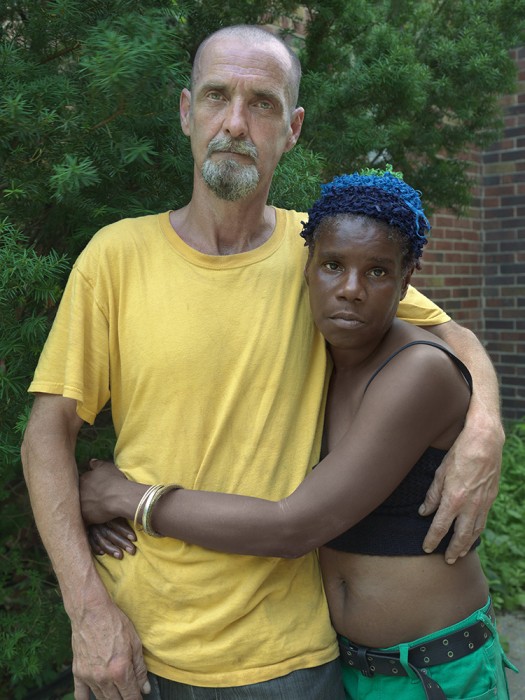 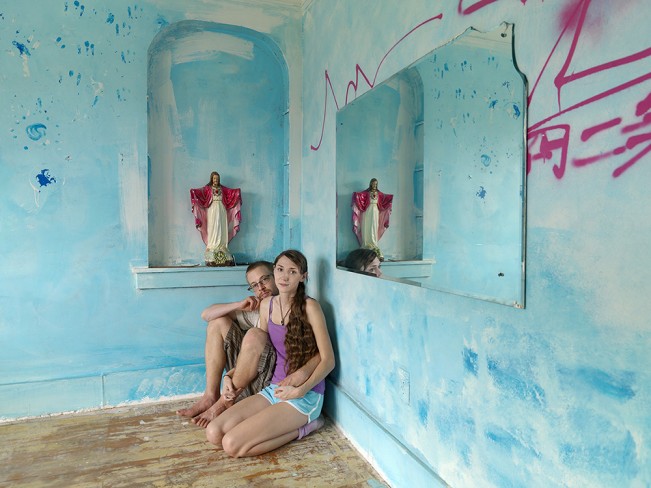 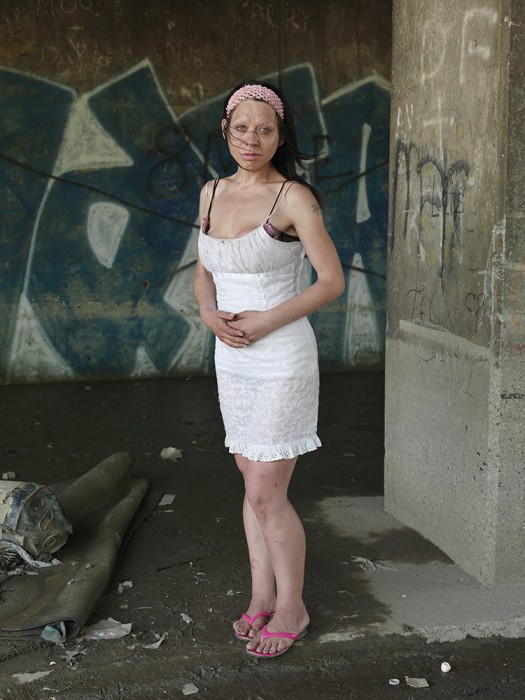 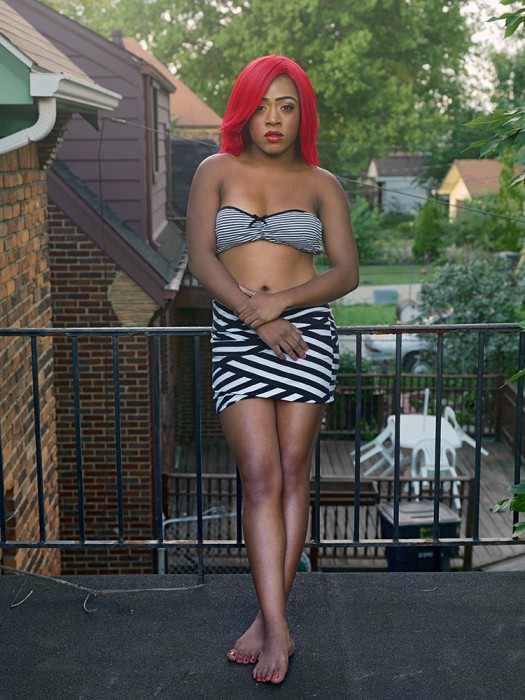 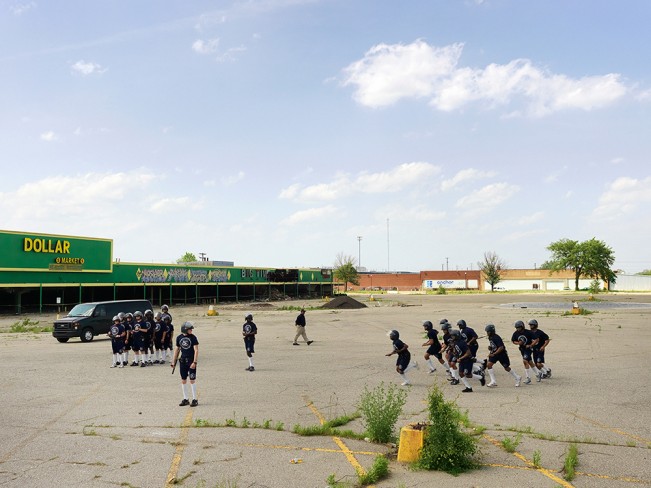 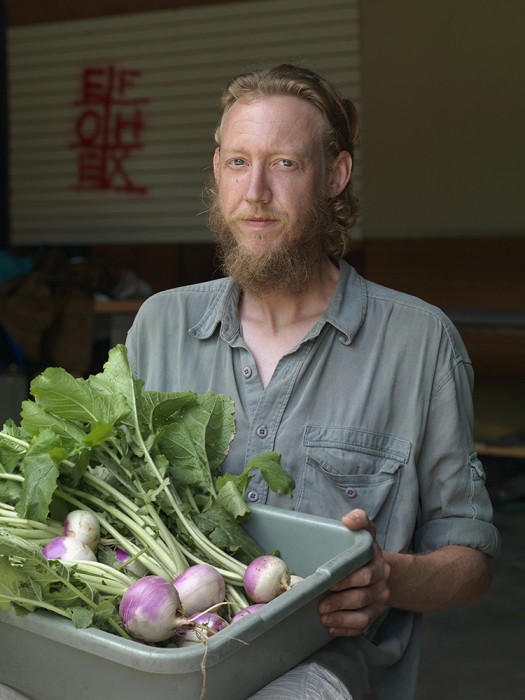 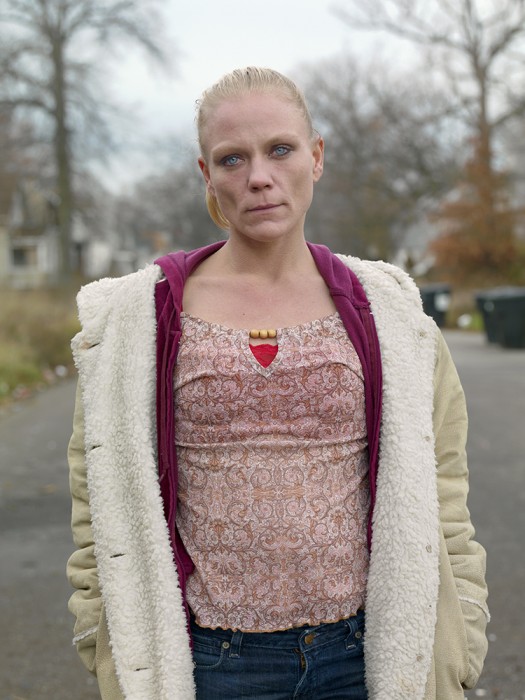