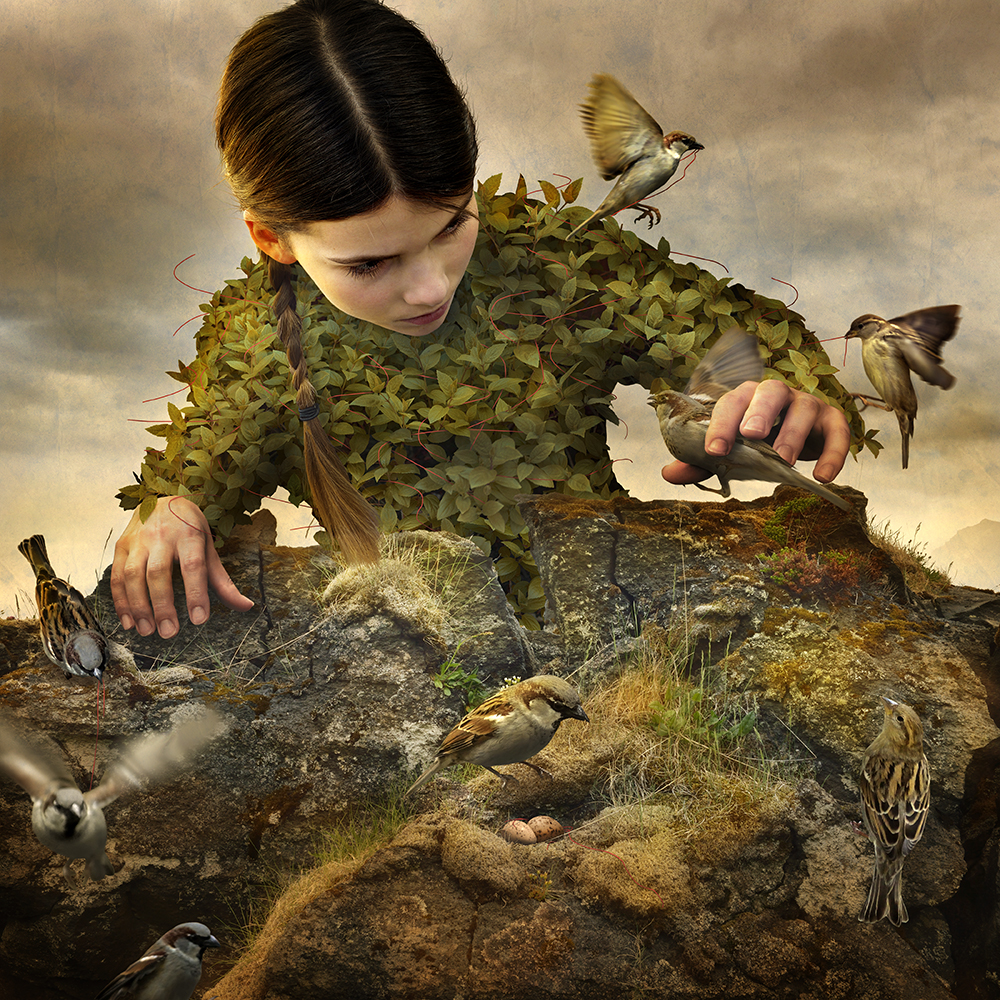 Photographer Tom Chambers has been conjuring magic for several decades, setting the bar for Magical Realism Photomontage Art. His constructed worlds, made up of his own imagery, speak to the fragile beauty of childhood, nature, and religion in a way that is completely unique and spectacular. His work reveals a deep sensitivity towards the wonder of animals, growing up, and a particular alchemy of delight and illusion. Tom is about to release a retrospective monograph, Hearts and Bones, published by Unicorn Publishing Group  that celebrates his career as a powerful visual story teller.

The book contains over 120 images and is sequenced chronologically, with a Foreword by Elizabeth Avedon. Hearts and Bones is available through the publisher, photo-eye Books, and on Amazon. Over the next months, Tom will be are the following locations: 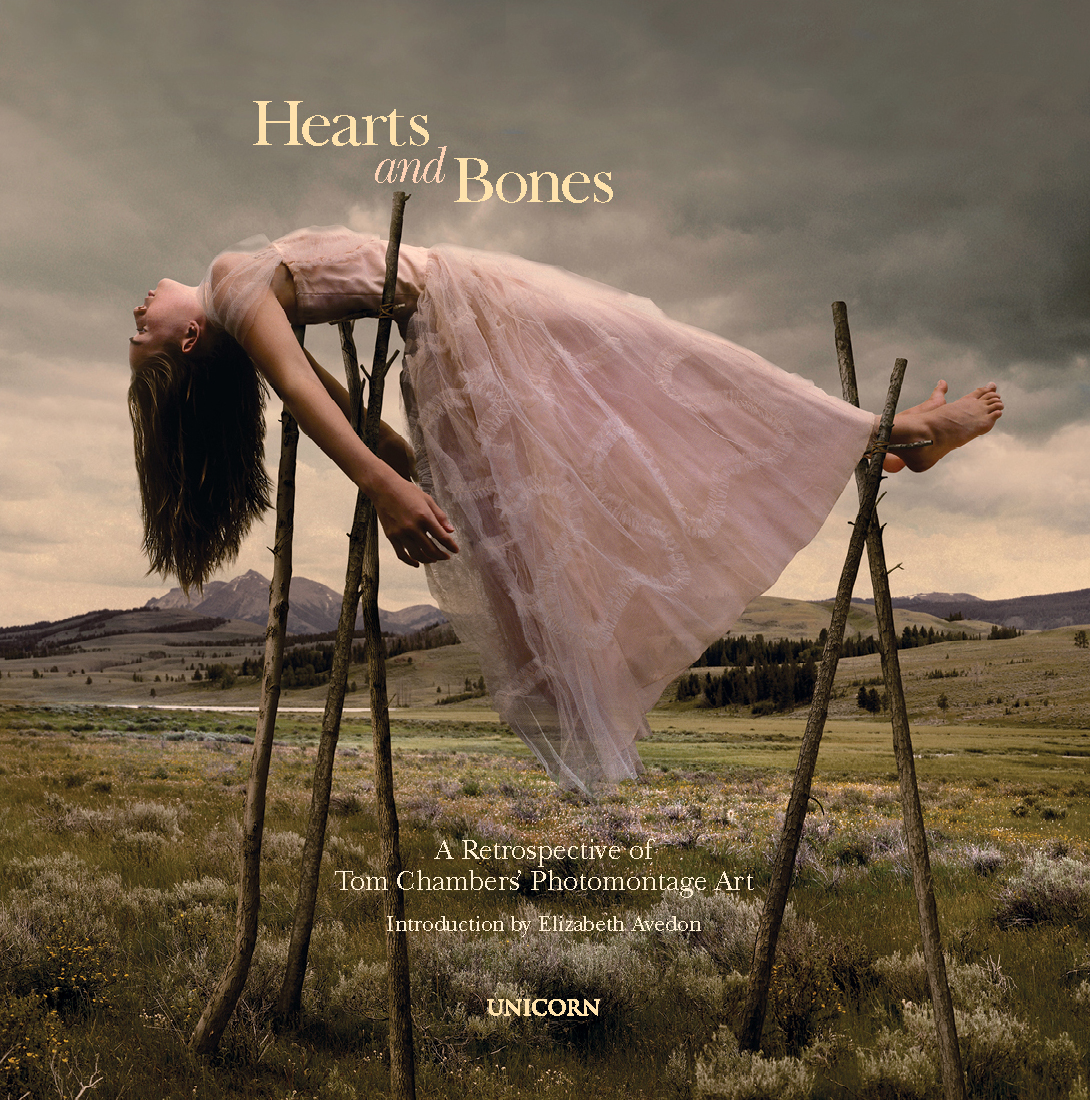 Photographer Tom Chambers was raised in the Amish farm country of Lancaster, Pennsylvania. Tom completed a B.F.A. in 1985 from The Ringling School of Art, Sarasota, Florida majoring in graphic design with an emphasis in photography. Since 1998 Tom has exhibited photomontage images from eight photographic series both nationally and internationally in twenty one solo exhibitions and over seventy group exhibitions and art fairs.

Tom has received fellowships from the Virginia Museum of Fine Arts and the Virginia Commission for the Arts. Tom’s photography is held in the collections of the National Museum of Photography, Bogotá, Colombia; California Sate Polytechnic University; Santa Barbara Museum of Art, CA; Santa Fe Museum of Art, NM; Museum of Contemporary Art (MOCA) Bangkok, Thailand; Texas Photographic Society; City of Jacksonville, FL – Art in Public Places; University of Texas; Sir Richard Branson, personal collection; and the Royal Caribbean Cruise Lines. Tom’s work has been published in multiple publications and books. “Entropic Kingdom”, containing images from five series, was published by Modernbook Editions in 2012. Galerie Vevais published “Werkdruck No. 6″ in 2015 featuring his Illumination series. A retrospective book, Hearts and Bones, will be released in the Fall of 2018, by Unicorn Publishing, London. 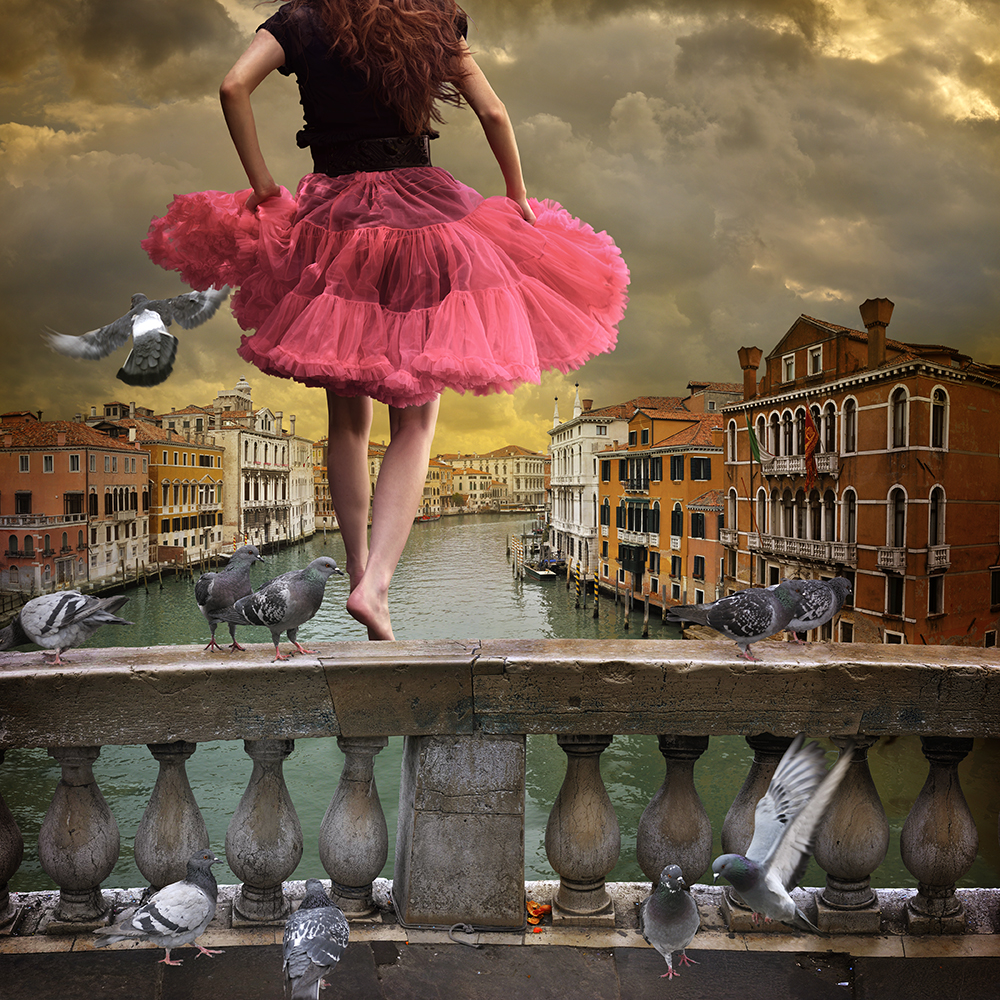 ©Tom Chambers, A View From The Bridge

Through photomontage I present unspoken stories which illustrate fleeting moments in time and which are intended to evoke a mood in the viewer. These mythical illustrations might address the fragility of childhood or the delicate transition experienced by a child passing into adolescence and then adulthood. Others express the tension in the uncertain coexistence between man and his environment, a delicate balance too often ignored and damaged. Each photomontage is carefully constructed, using both images that have been planned and those that unexpectedly enhance the story. With digital photography I desire to move beyond documentation of the present, and rather seek to fuse reality and fantasy in musing about possibilities of the future.

To create a photomontage I photograph each piece of the final image using a Nikon digital camera. Then, I use Photoshop software with a Macintosh computer to combine the pieces, creating the final image. Lastly, this final image is printed with archival pigment inks on cotton rag paper. – Tom Chambers 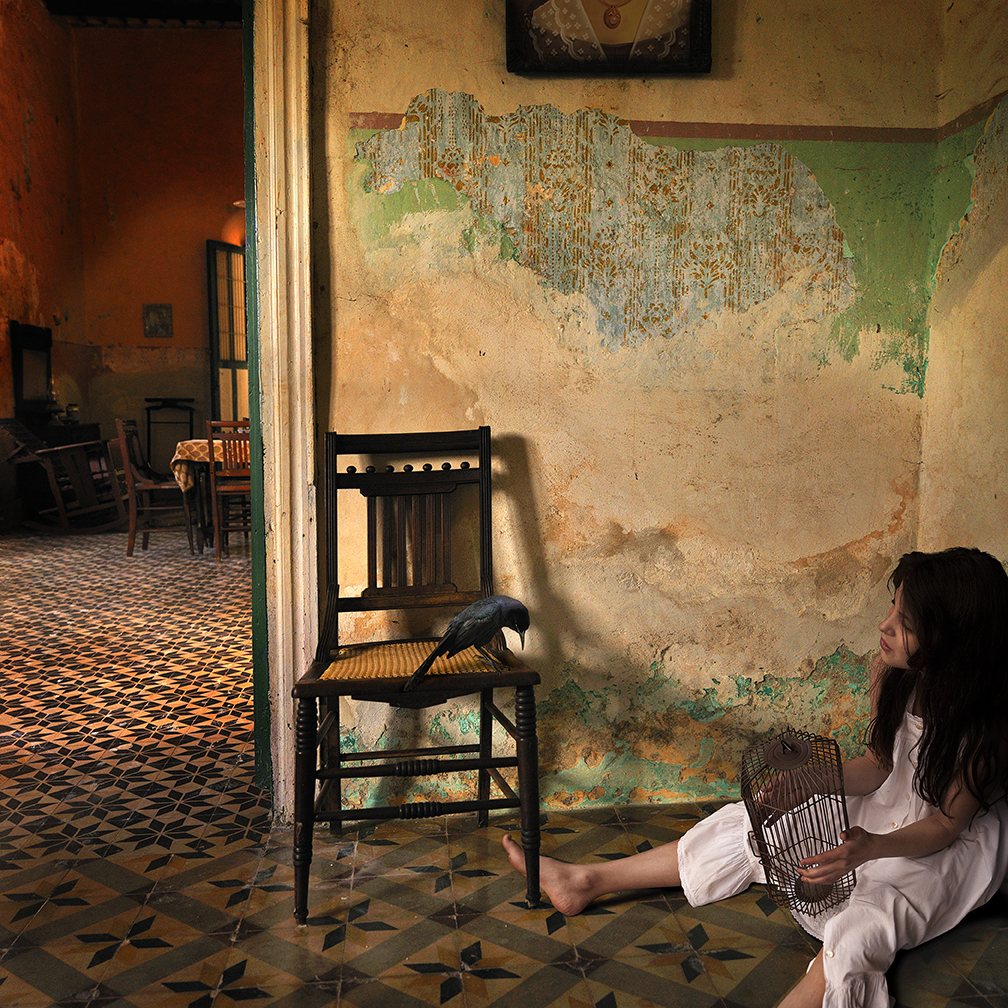 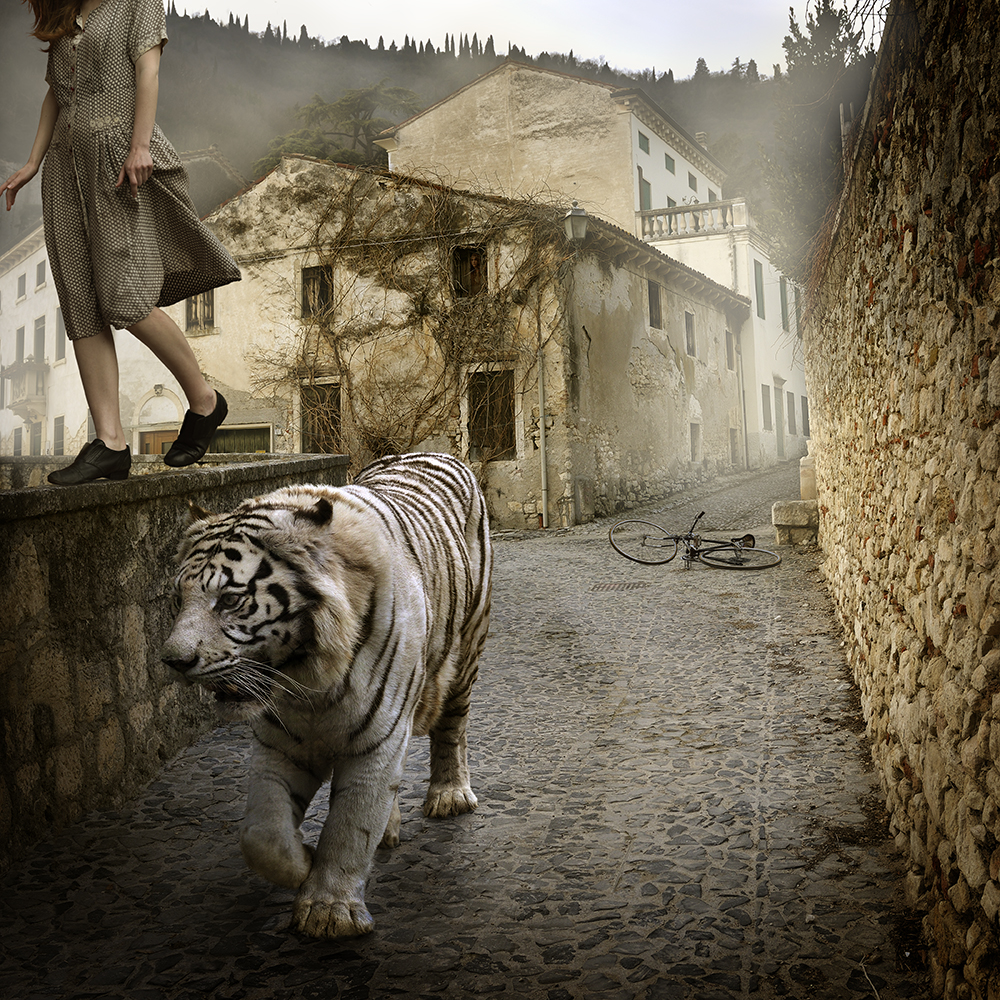 ©Tom Chambers, Edge of a Dream 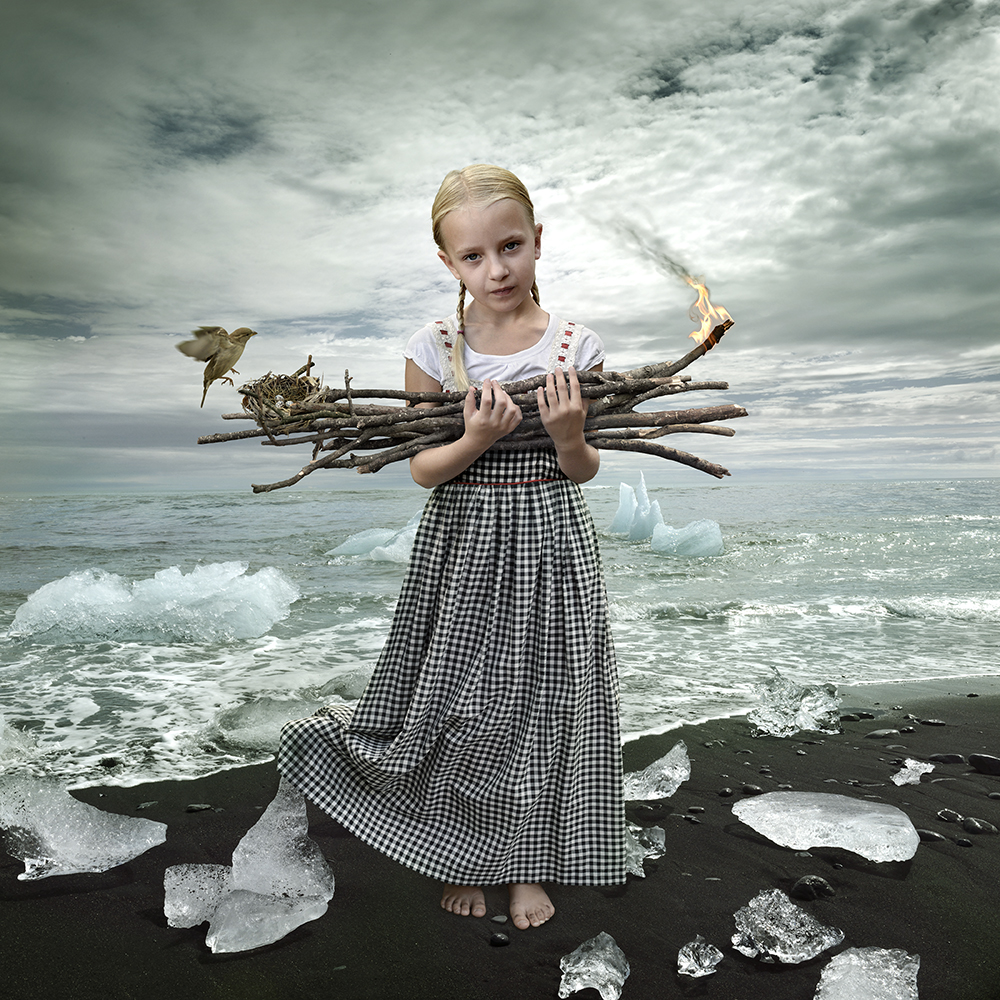 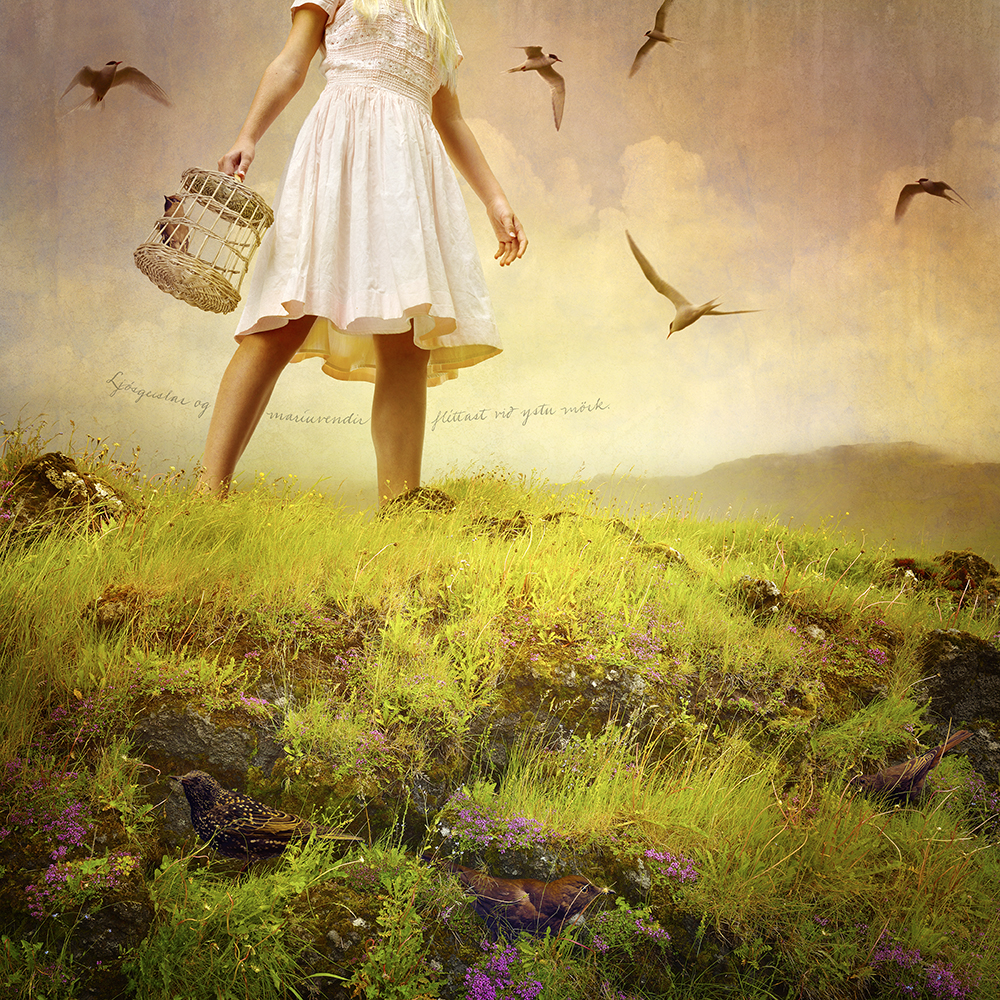 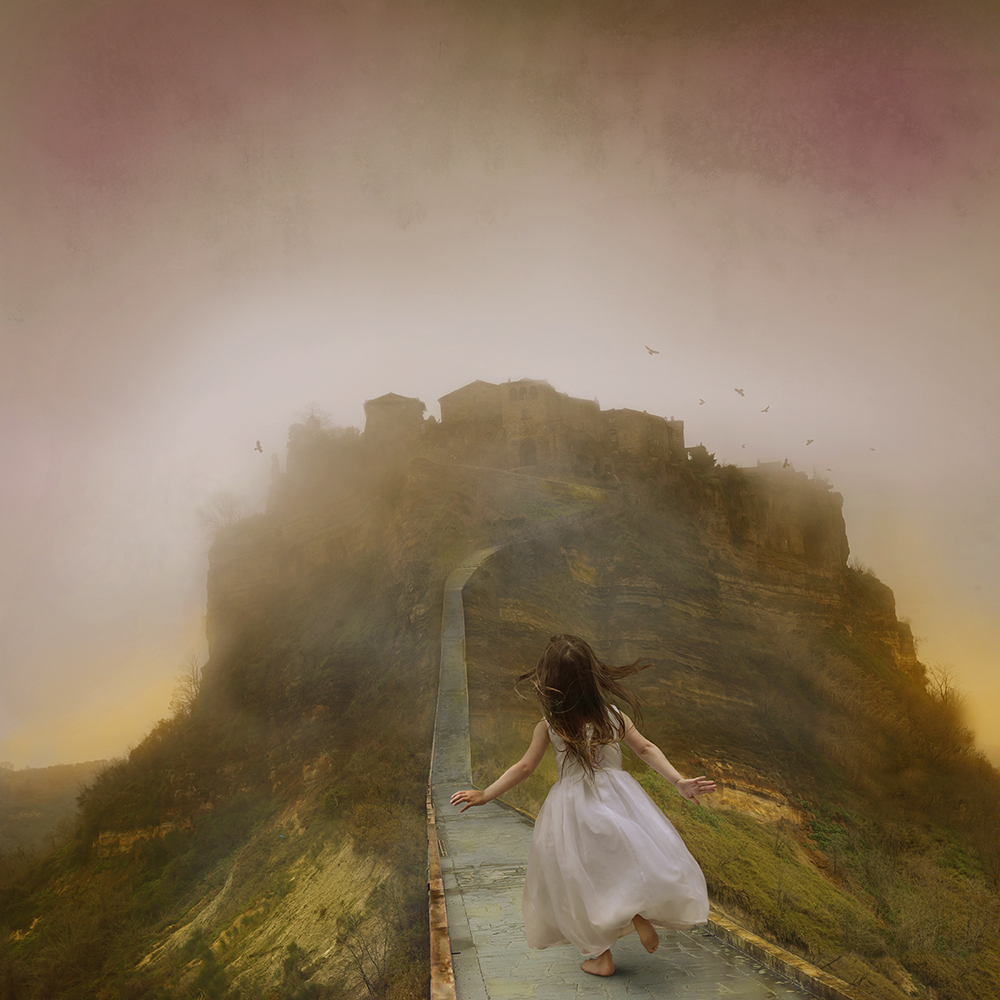 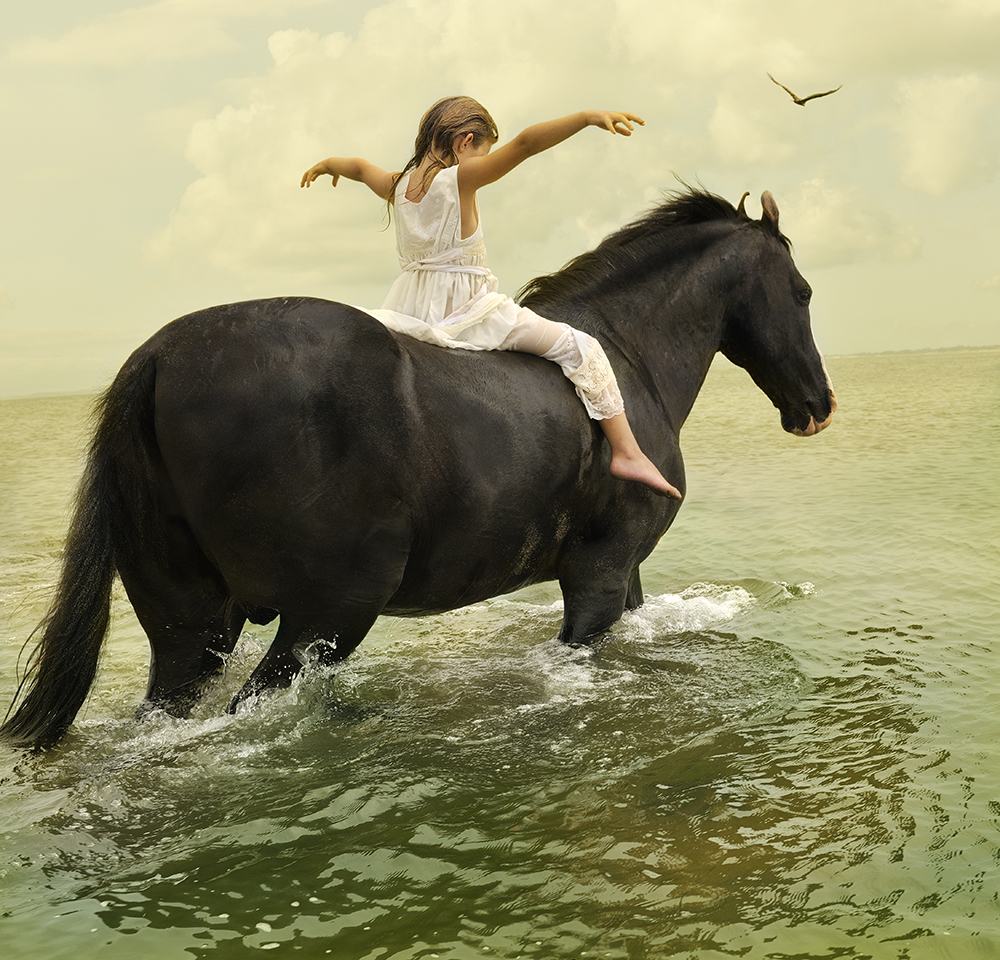 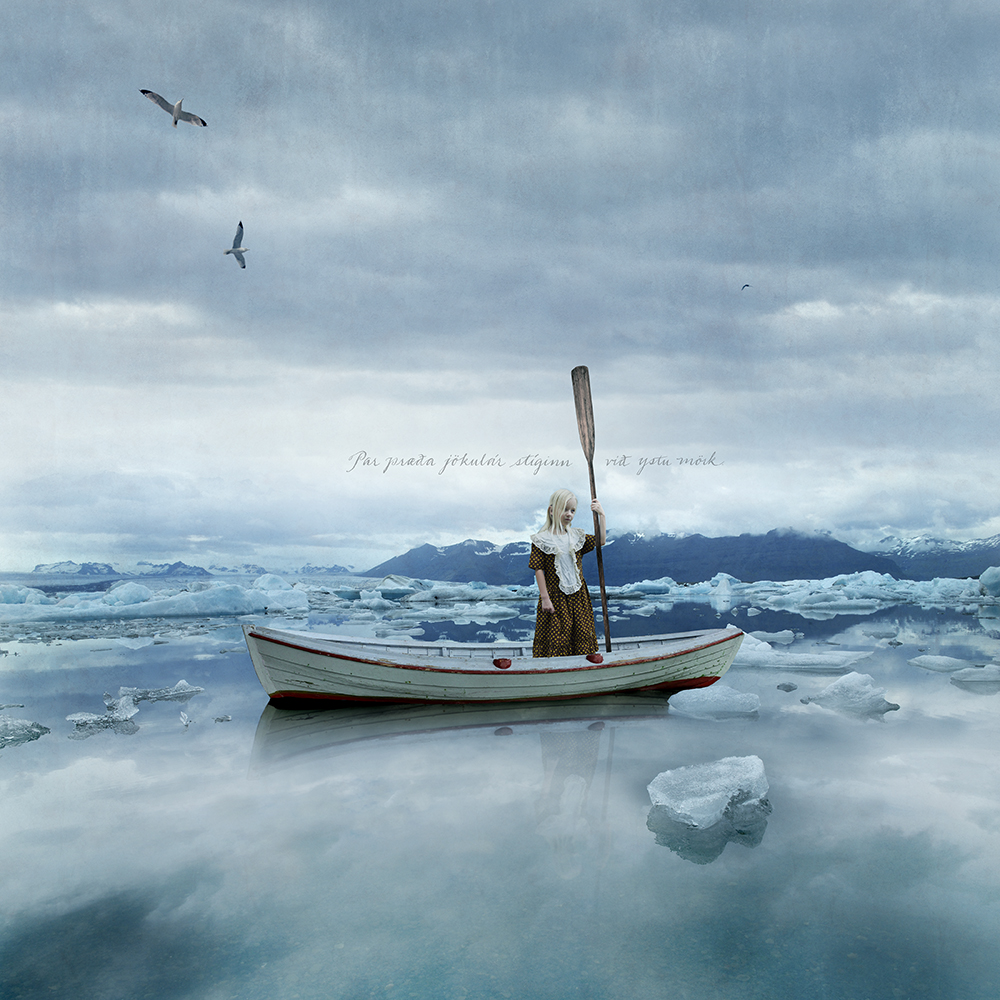 ©Tom Chambers, One Oar Out 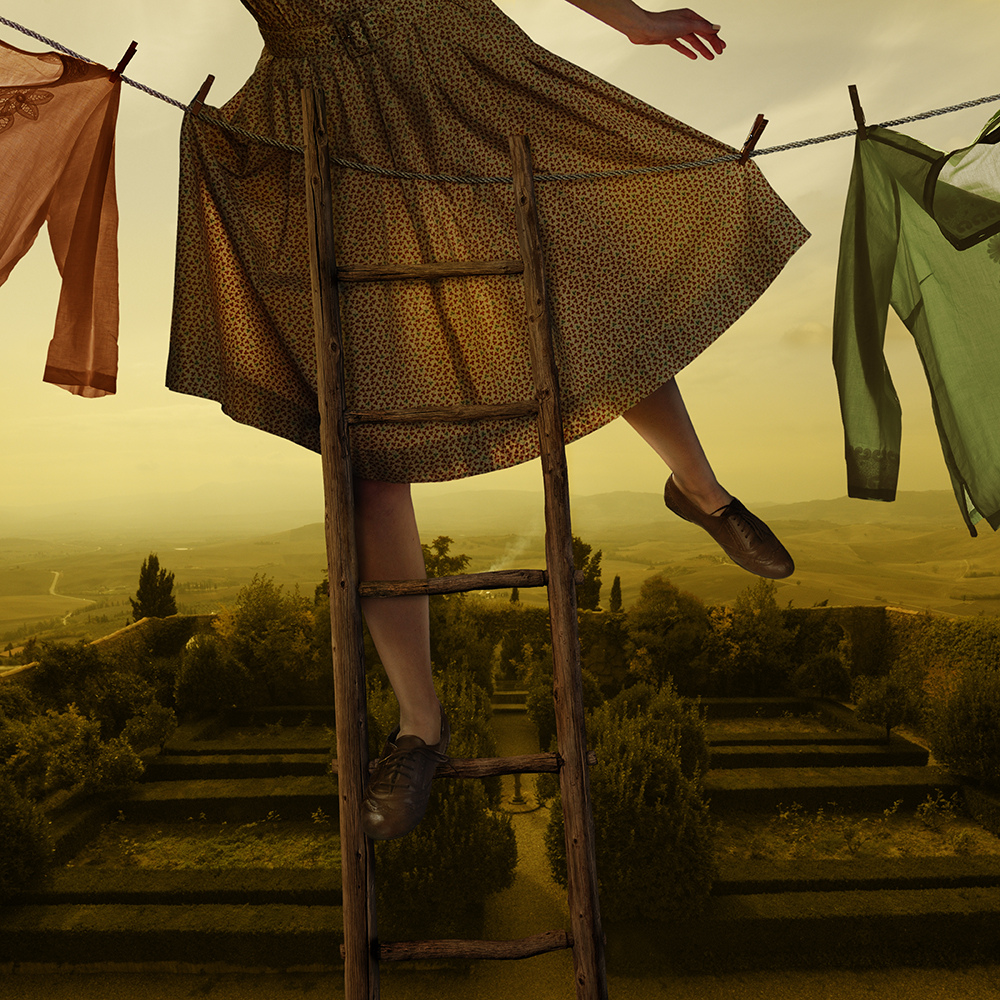 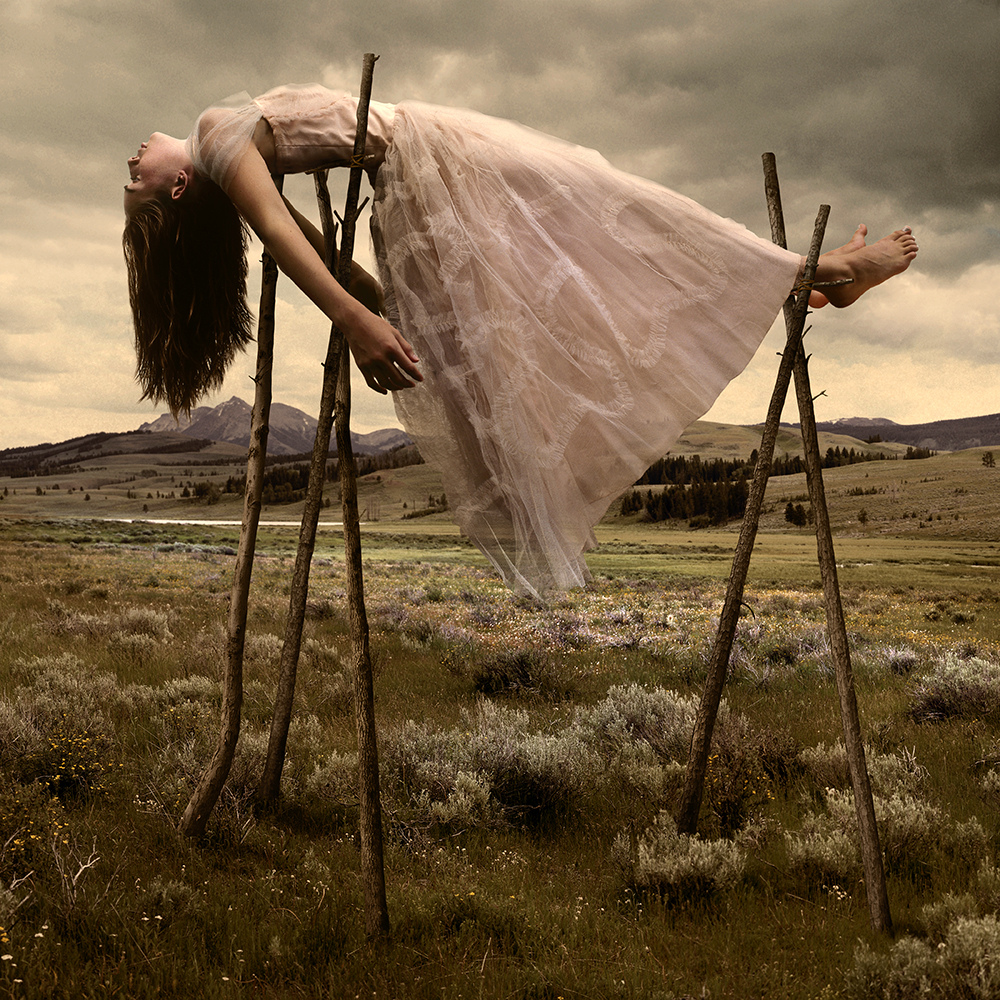 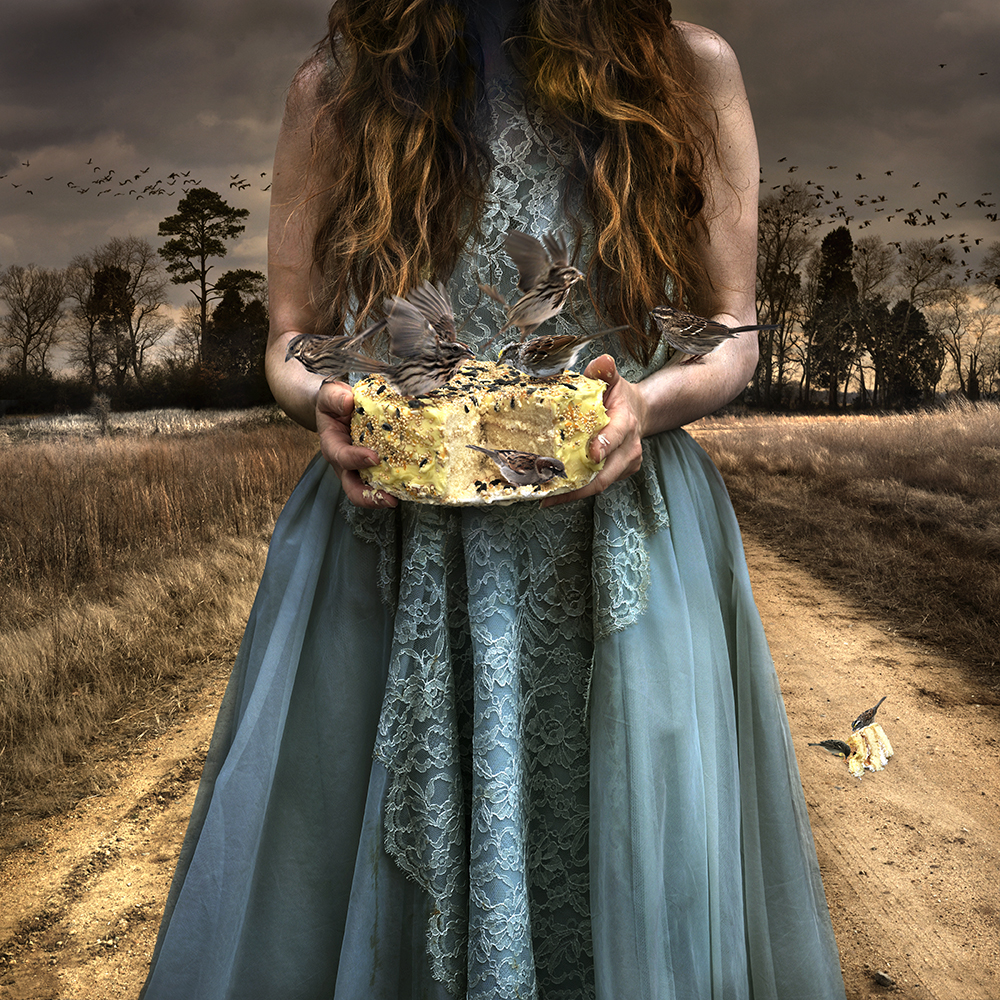 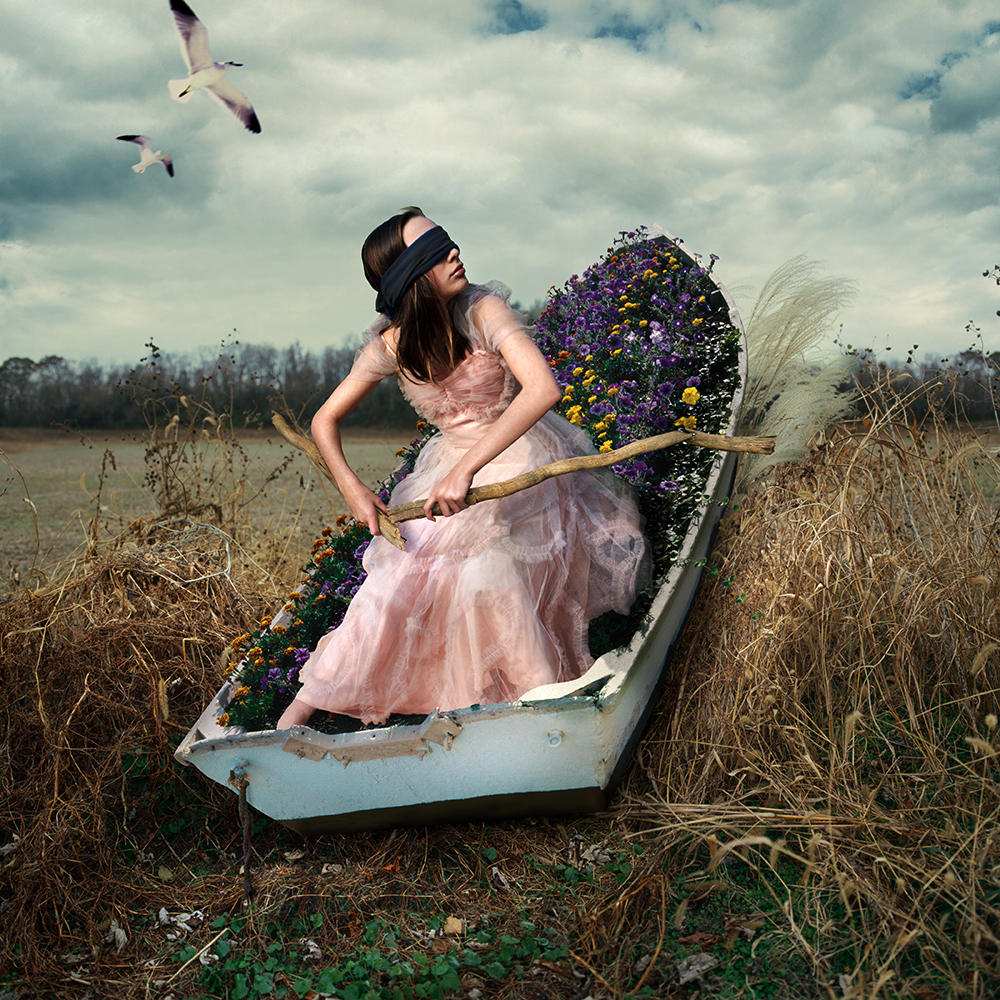 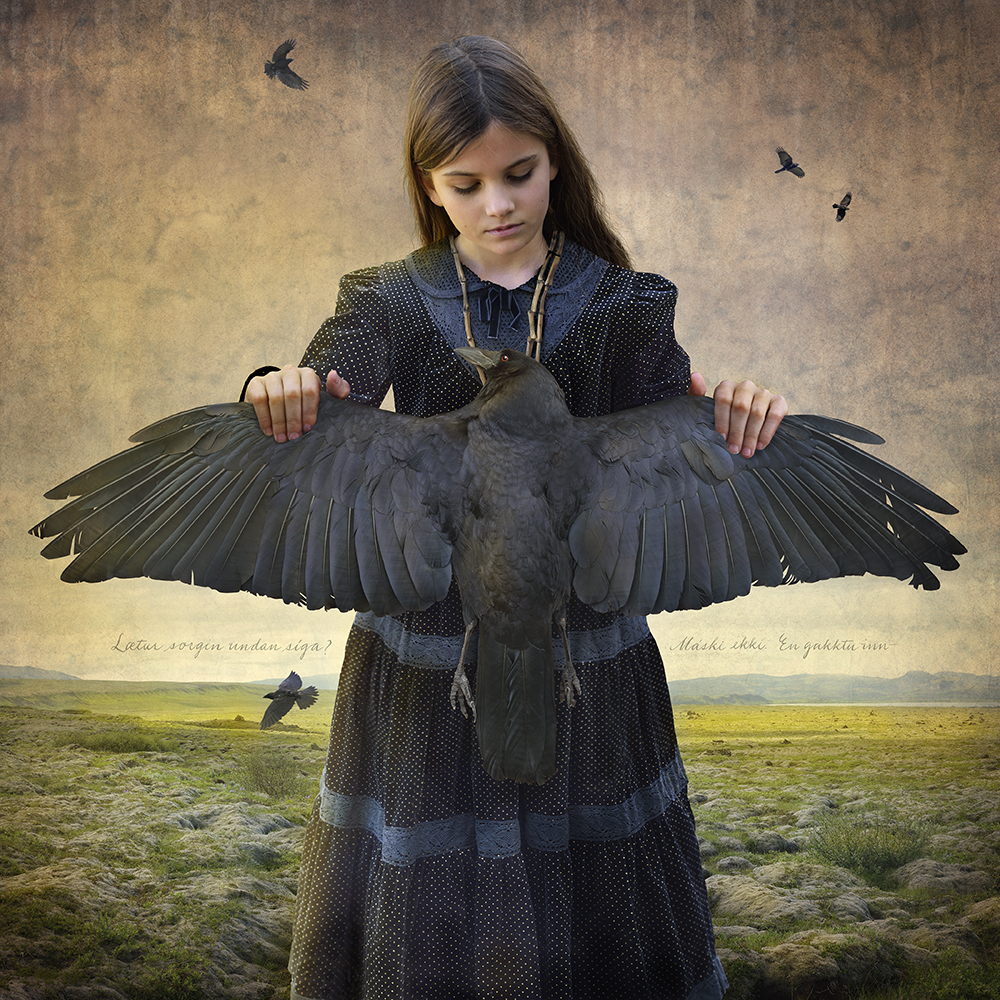 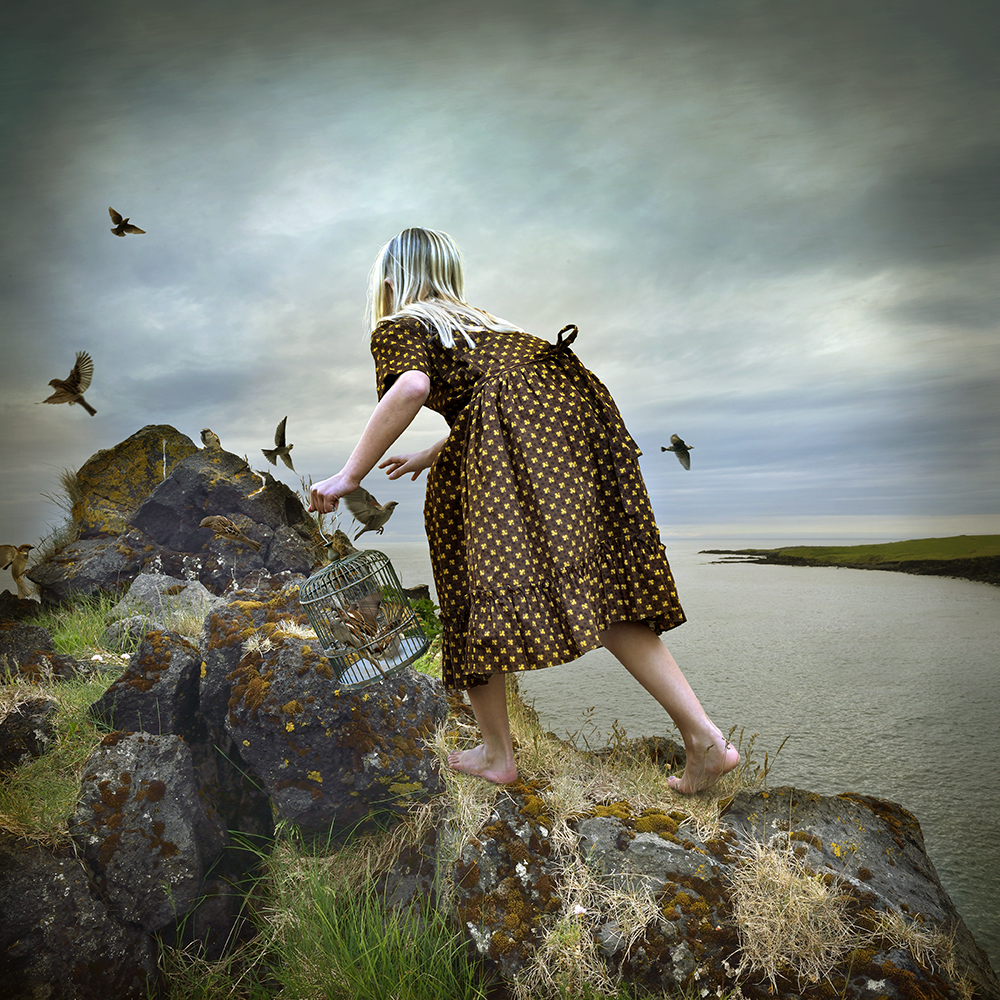