This week Lenscratch is on vacation and I have asked a variety of photographers from across the country to contribute. Texas photographer, Tom Leininger, recently attended Review Santa Fe (congrats!) and discovered the work of Gilbert Plantinga. Tom has a host of great projects on his own site, and I featured work from his series, Kinderlife, on Fraction Magazine last year.

By Tom Leininger
I met Gilbert Plantinga this past June when we both participated in Review Santa Fe. We chatted in the lobby briefly and that night I looked up his work on Center’s website. His Route 28 work resonated with me due to familiarity. I grew up in upstate New York, and even though it has been some time since I have been back, it was landscape I understrood. His work reminds me of the work of the New Topographics photographers. It is the man made and man abandoned landscape that he is dealing with. I live in North Texas now and I find the Yankee landscape a bit claustrophobic. This reaction is specific to me. I am used to seeing a lot of sky and open space when I take in my current landscape. This feeling comes to me when looking at this work. It is not a critique of the photographs, but a feeling that comes to me hand in hand with nostalgia.

Returning to Plantinga’s images I was struck by the series Work in Search of a Body. There is a randomness to the series that tells me this was the starting point for his other work. The idea of early work fascinates me, because it is raw and not fully formed. I emailed him and asked how this work fits with his other series and what it is that stops him when searching for pictures. This is a part of his answer:

The first few pictures were some of the first I made when I started working in large format. I was just getting familiar with how the camera worked. The Route 28 project grew out of this work as a way of delimiting the problem of what to photograph. Though the idea is not original, I think of picture making as a struggle between content and form, or in more pragmatic terms what to photograph and how to photograph it. In this work the content part was simple: I was interested in architecture, just any old architecture in fact. After years of photographing people in the street, I needed to photograph buildings because they didn’t move. Light often had a lot to do with it….And there were some themes that ran through the work: I was interested in how people spent their leisure time and how that might have changed. So I photographed Parksville, which had been a Borscht Belt resort town and the Red Apple Rest, which was the “are we there yet” stop on the way to the Borscht Belt. I photographed gas stations, hunting camps and ice cream stands. And churches, artists have been drawing, painting and photographing churches forever. Sometimes there is a back story, though I don’t always know it until after the fact. 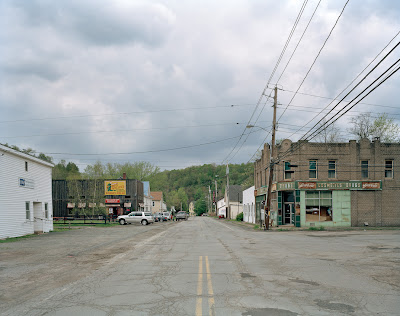 So as I said, the Route 28 project grew out of this work, or more precisely these pictures were excluded from my portfolio after Route 28 became a unifying theme for the work in search of a body. But having spent over two years photographing along Route 28 I began to learn why I was interested in architecture as cultural landscape. It turns out that people believe the craziest things, things which aren’t necessarily true, but form the emotional basis of their cultural values. Before the ’08 election I read an essay by Jonathan Haidt, What makes people vote Republican? Haidt is a social psychologist whose work is in the field of moral psychology, and he argues that the answer to his question is emotional, that by extension it lies in the non-verbal, non-rational limbic system in the brain. Having found that it might not be wise to try to discuss politics while photographing some-one’s house from the (public right-of-way) roadside, it occurred to me that perhaps the way to reach down into that limbic brain would be through the non-verbal communication of pictures. But I doubt they’ll see it that way either.

So now I’m out there making pictures that are specifically about people’s cultural beliefs and orientations, the more bizarre the better. There is the world’s largest Uncle Sam – 38 feet. And he hangs out with Santa.

During one of the breaks we had at the review I was out walking in downtown Santa Fe. It was getting toward the later warm light New Mexico is known for. Gilbert was out with his camera making images and taking advantage of the light. That said more to me about what kind of photographer he is more than these brief words can describe. 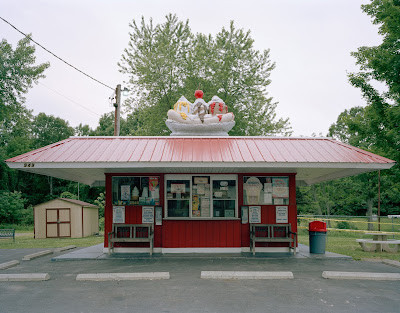 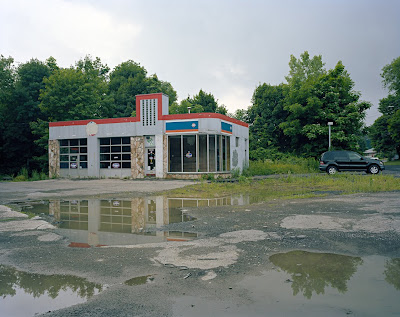 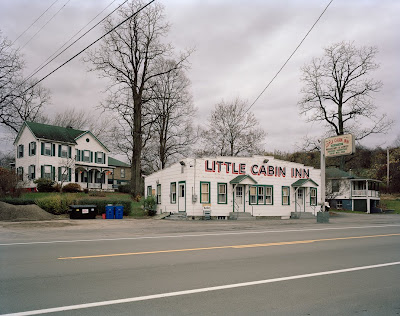 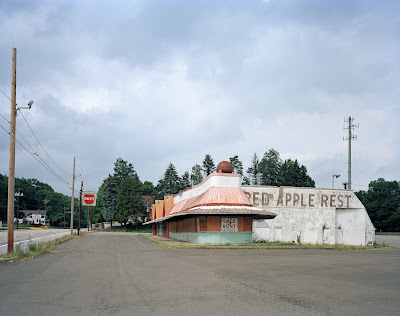 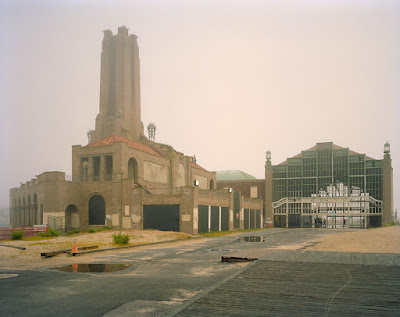 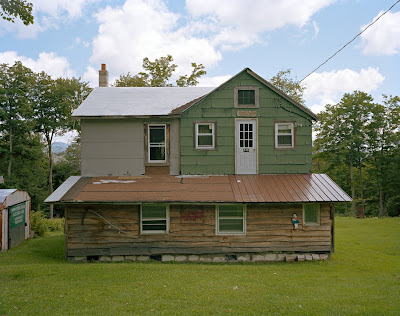 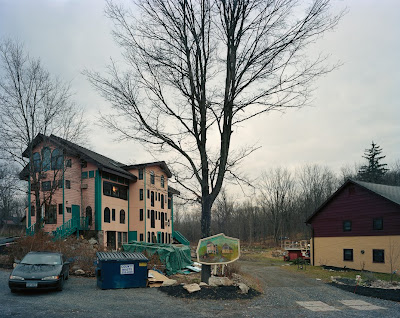 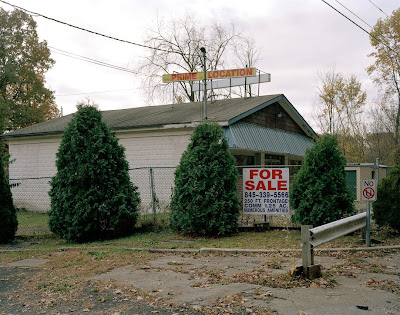 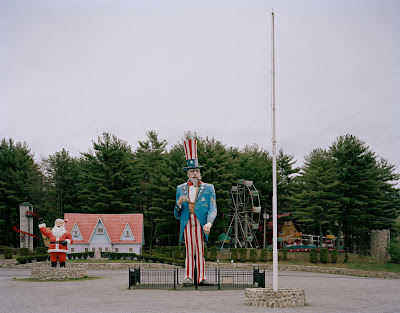